Jian Ghomeshi acquitted on all charges

After more than one month of deliberation, Justice William B. Horkins delivered his verdict in Jian Ghomeshi's trial today. Horkins found Ghomeshi not guilty on four counts of sexual assault and one count of choking to overcome resistance.

Ghomeshi, the former host of CBC's Q, has been acquitted on all charges relating to incidents that allegedly happened between 2002 and 2003.

While delivering his ruling, Horkins questioned the credibility and reliability of all three complainants. 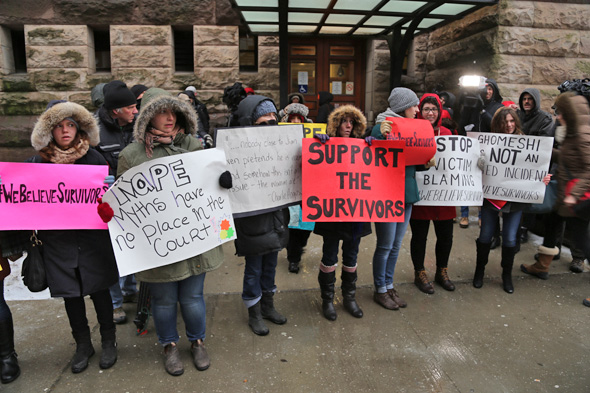 Early this morning, demonstrators in Toronto stood outside of the court house demanding justice for sexual assault survivors.

Later today, protests are planned across the country as this entire saga garnered both national and international attention.

Ryerson Students' Union Centre for Women and Trans People will hold a #WeBelieveSurvivors March and Rally. It starts at 5:30 p.m. today in front of Old City Hall.