This is what 1000 retired Toronto street signs look like

Toronto's substantial stockpile of decommissioned street signs could be up for grabs in just a few weeks if a new report gets the green light. The public works and infrastructure committee will consider a recommendation next week that calls on the city to allow the sale of disused road markers for $30, depending on the size, on a first-come-first-served basis.

"It's the city's opportunity to give you a piece of heritage," says Allen Pinkerton, manager of the signs and marketing division. "It's not to make money, it's not to be a profitable venture, it's just to cover our costs ... I really think the signs should go back to the community."

The city receives hundreds of public requests every year to buy the old metal road signs it has been gradually taking down as part of the consolidated street furniture program since 2007. 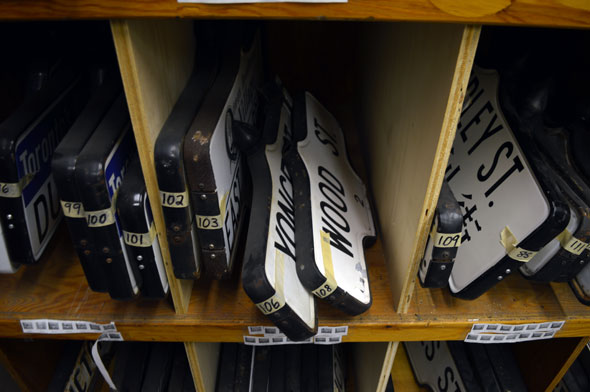 The idea first surfaced last year with a motion by coun. Adam Vaughan at the public works and infrastructure committee, but the staff report into the necessary details was bumped by other "more critical" transportation issues. The city initially thought it would sell the unwanted items for $20 each.

Toronto started rolling out its latest set of blue-and-white extruded aluminum street signs in 2007 to mixed reviews. The new reflective furniture came at the expense of the small but much-loved "acorn" signs, many of which still survive around the city. It's still possible to find painted wood or plastic examples from other decades, too.

In a typical year 1,800 old weathered or damaged road markers are taken down, and the city estimates just 5-10% of those are suitable for sale - the others are too damaged and are usually sold for scrap. 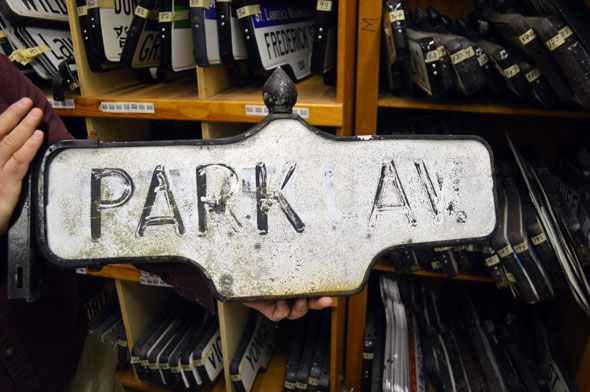 Random fact: the font used on the new signs was originally Berthold Akzidenz-Grotesk Condensed, a centuries-old German typeface used by the American Red Cross, but it was switched to Clearview - the same font used on highway signs. Each new sign costs the city $80 and takes roughly 25 minutes to manufacture.

If the committee adopts the report, an inventory of the signs in the city's stockpile will be published online in between 6 to 8 weeks. Orders will be taken by telephone or by email. Which signs will you be looking for? Do you wish the city did more things like this?

Email signsandmarkings@toronto.ca to join the waiting list in advance of the sale going live. Provide details of the street sign you're interested in buying, your address, and telephone number. 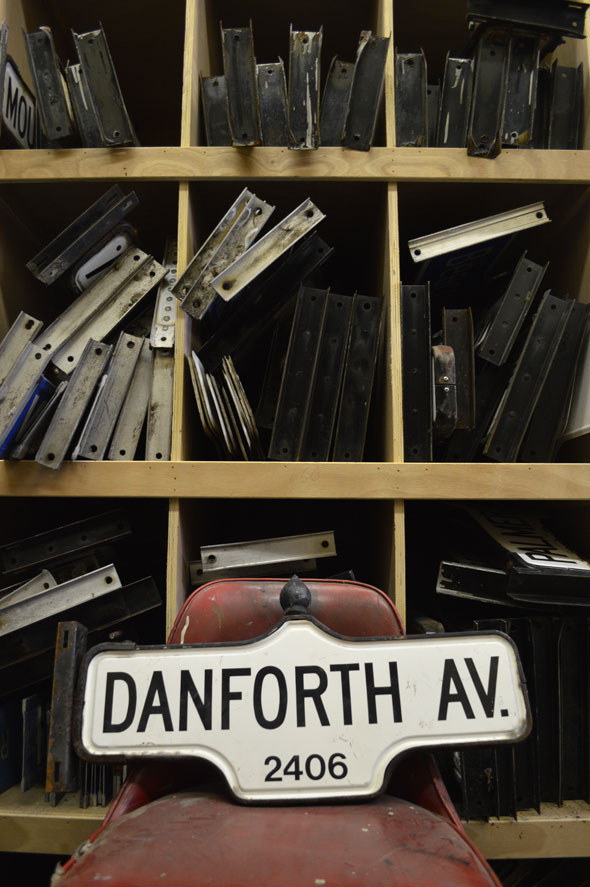 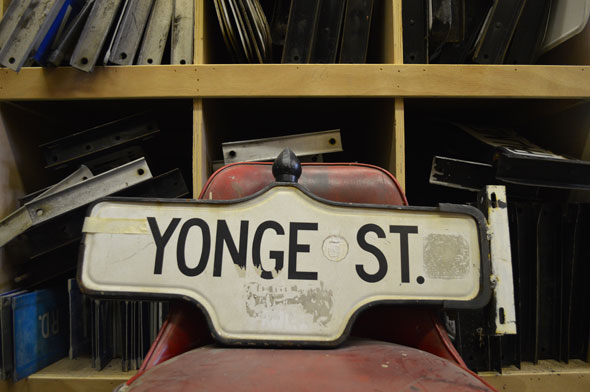 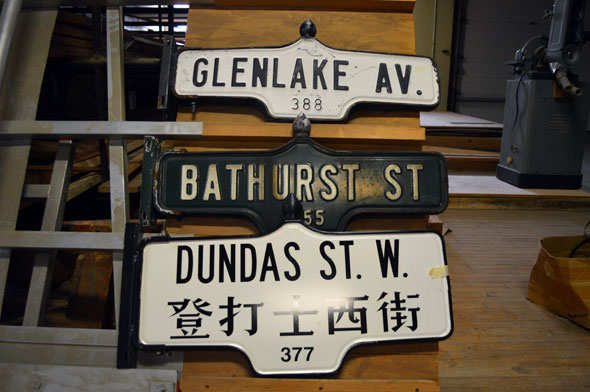 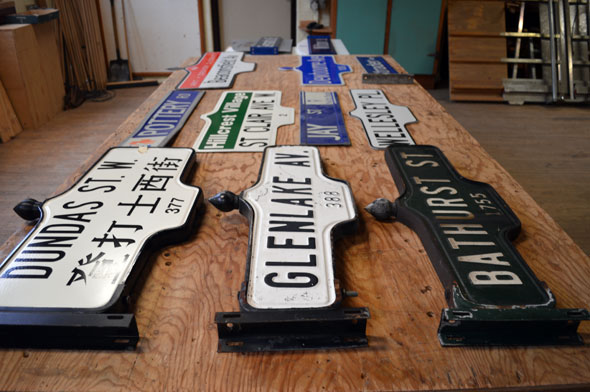 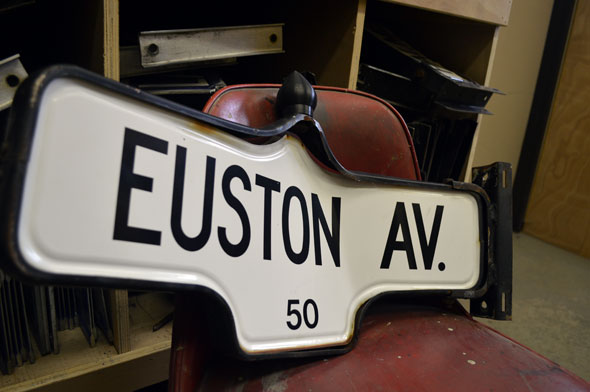 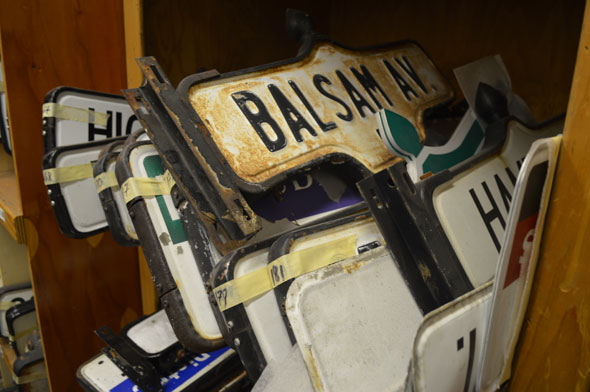 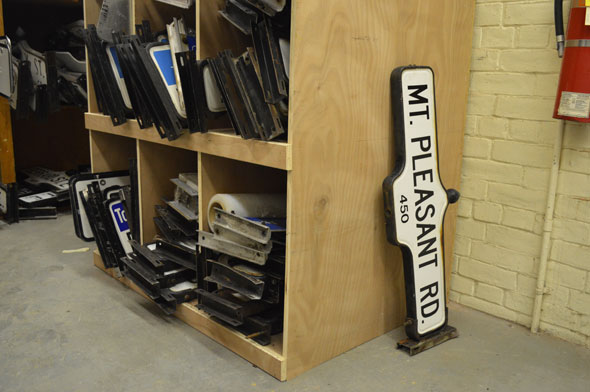