Winter in Toronto can be the pits depending on your disposition. I know more than a few people who pseudo-hibernate during the season's coldest periods — and who can really blame them? Forgetting the mildness of last year, it tends to get rather unwelcoming out there. Our forebearers, it would appear were a braver bunch. The Toronto Archives are littered with photos of city-folk out and about in the ice and snow making the most the cold weather.

And while most of the things they got up to remain familiar to us — there's hockey, skiing and tobogganing, of course — other activities like ice-boating have disappeared over the years, despite the fact that they look like they were a whole lot of fun. The inner harbour was a more active recreational space when it was guaranteed to freeze over. That time has passed, but we still have the photos. 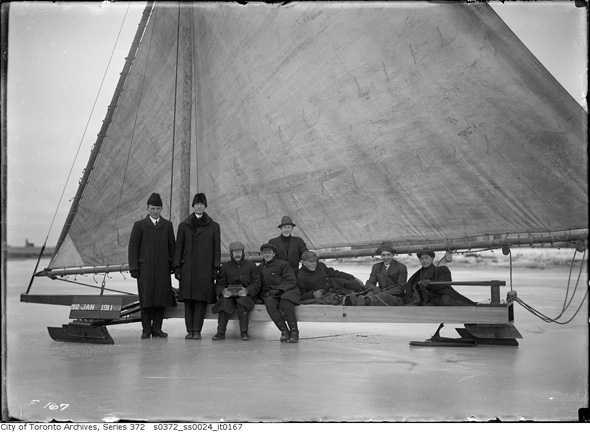 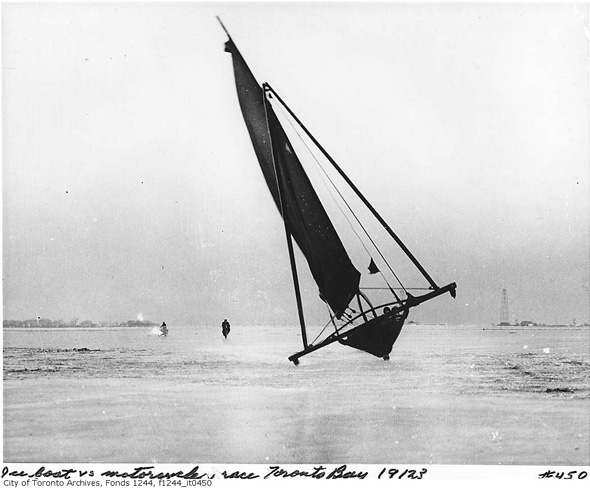 Ice-boating on the inner harbour 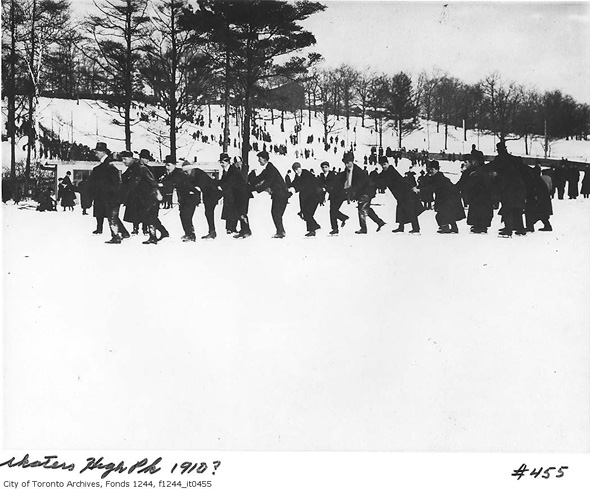 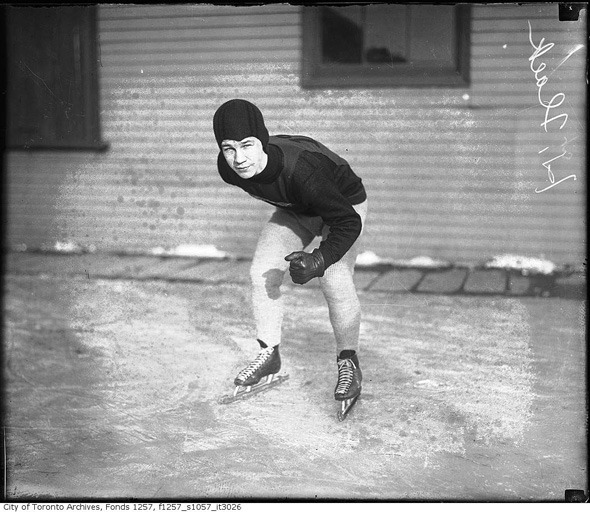 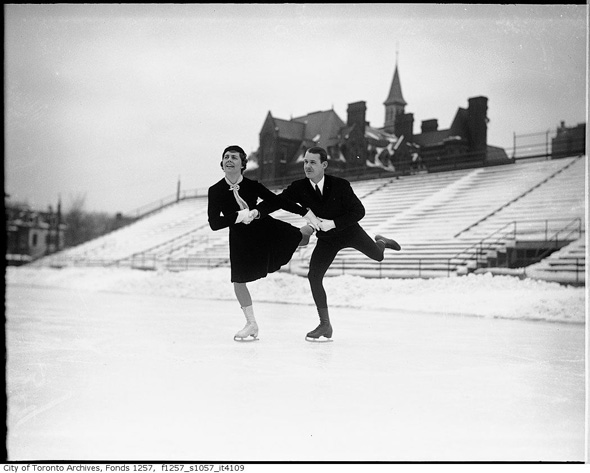 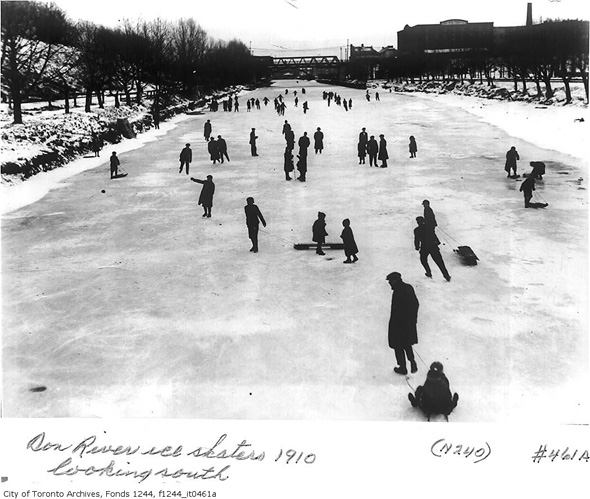 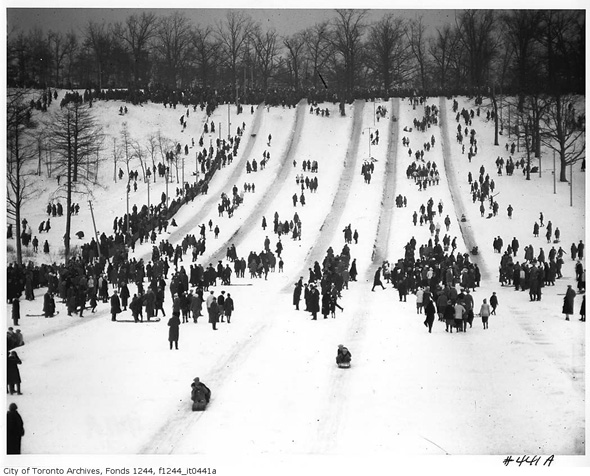 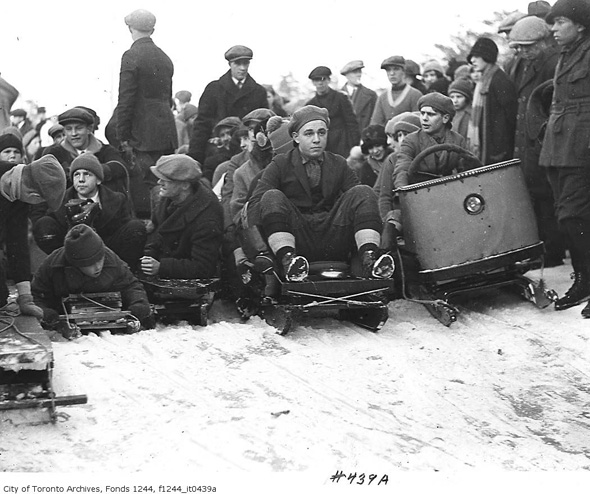 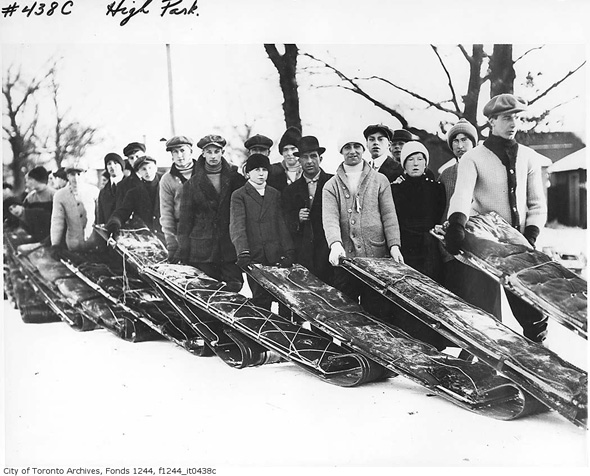 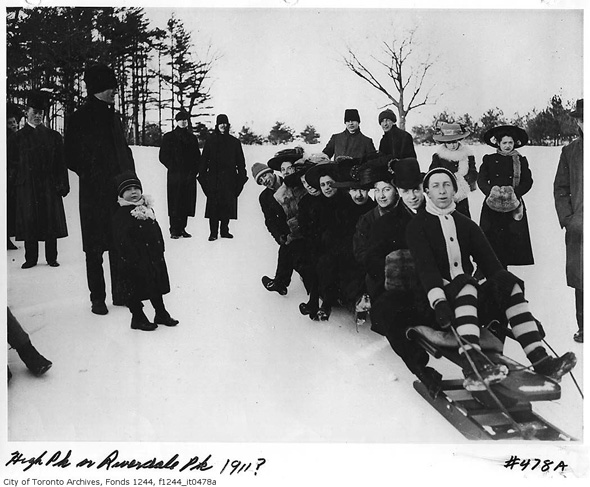 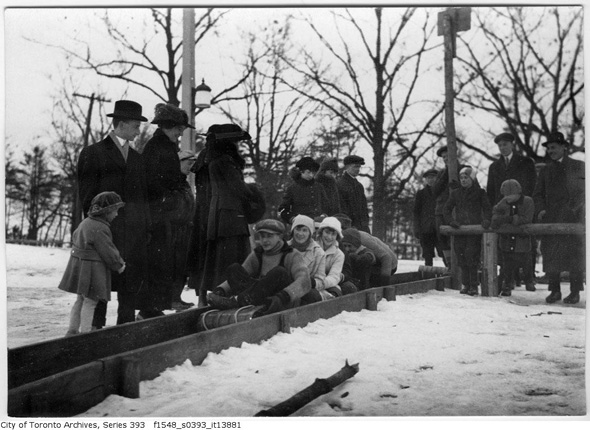 Torontonians used to take their tobogganing very seriously (check out the one with the light on it!)

You didn't need artificial ice back then... 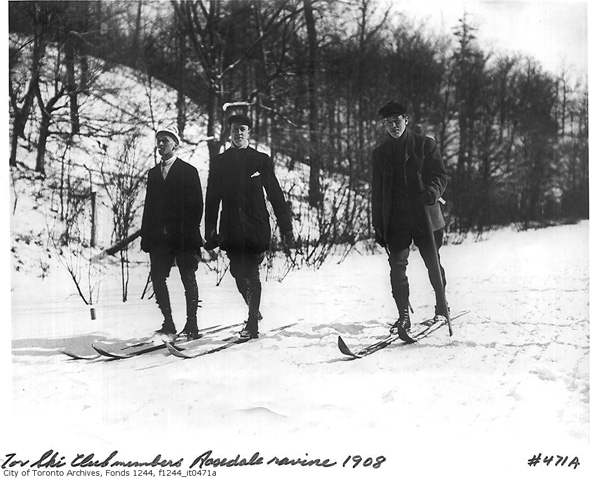 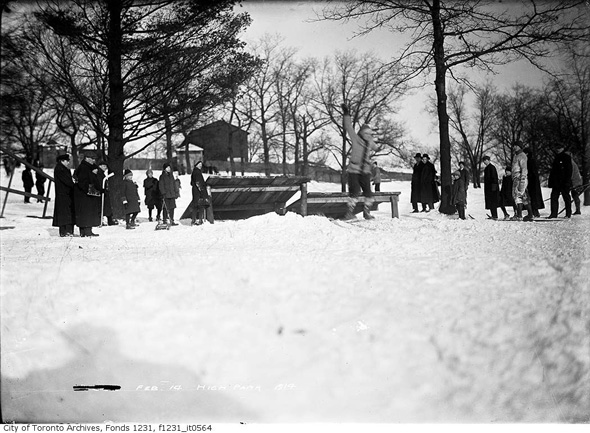 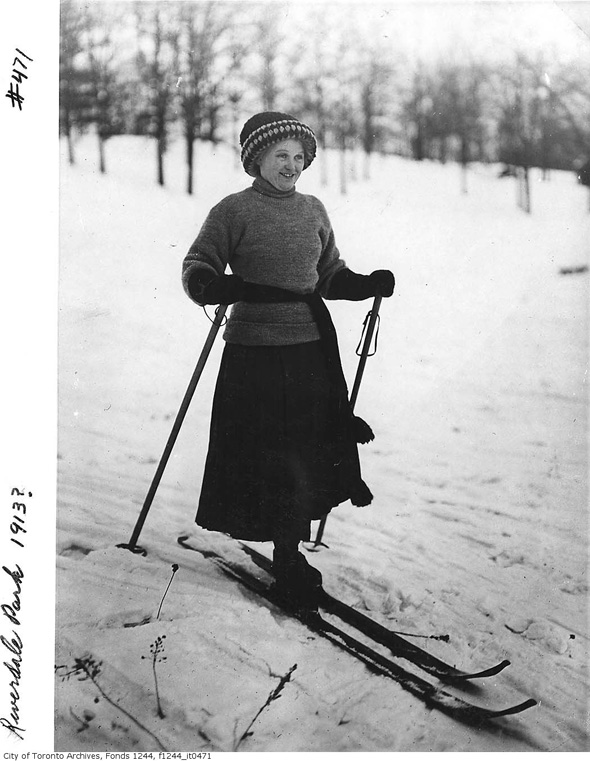 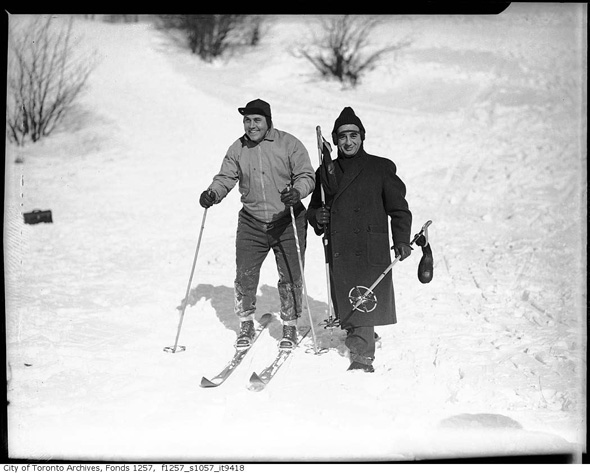 Urban skiing was a far more common site in the 1920s 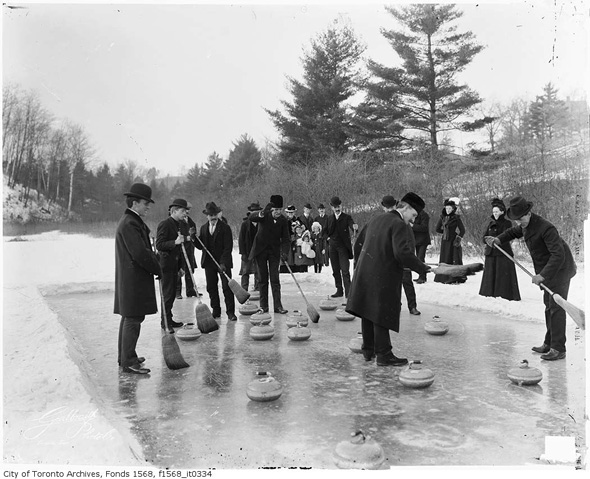 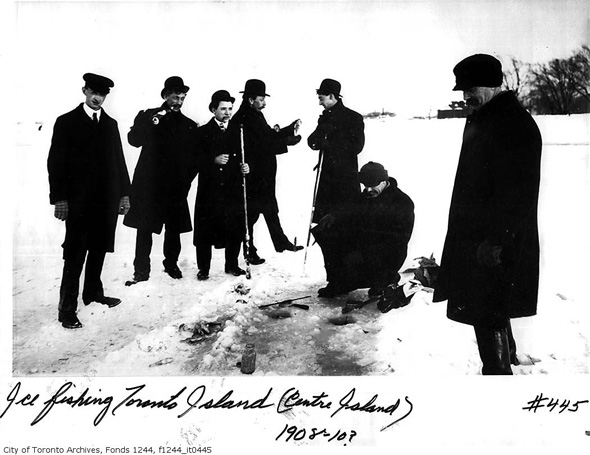 Why dress down to ice fish? 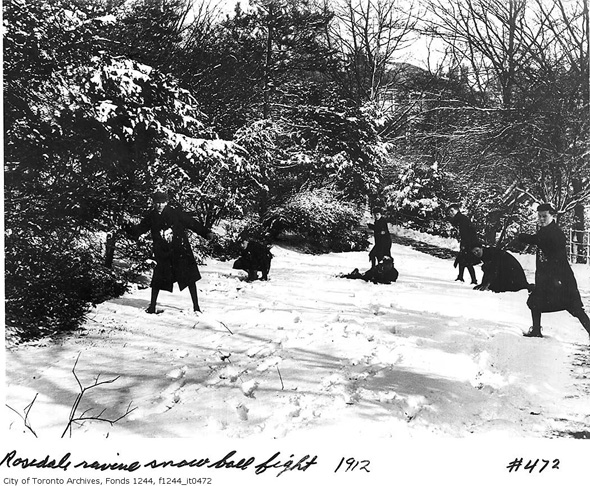 Some things never get old...