Toronto pawn shops litter Church St. In fact, Church Street between Queen and Shuter is one of the most concentrated strips of buying and selling in Toronto. Besides a couple of nail salons and the odd novelty store, the street is all pawn shops. Usually I'd pass nonchalantly by these shops (quickly, if it was at night) not thinking twice about their origin, but last week I decided to tackle the block and see if I could find out how it became the downtown epicenter of pawning. 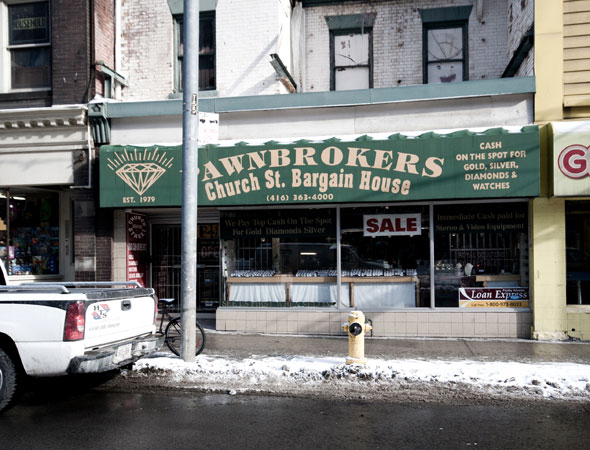 Pen in hand, I left the familiar pavement of Queen St. East and entered my first pawnshop on Church. It was everything I'd imagined it would be: glass countertops, gold jewelry, wall-to-ceiling antiques, and tube TVs all tuned into Ellen. Yes, a hoarder's paradise, complete with daytime television. I approached the counter where a man in a Mr. Rogers' style sweater was talking to a customer holding a watch. "You want to keep it? Keep it!" The customer fumbled with the watch. "No? So sell!" I could see I would need furious concentration to understand the complexities of the pawn negotiation. "You take it home, let me know what you decide." 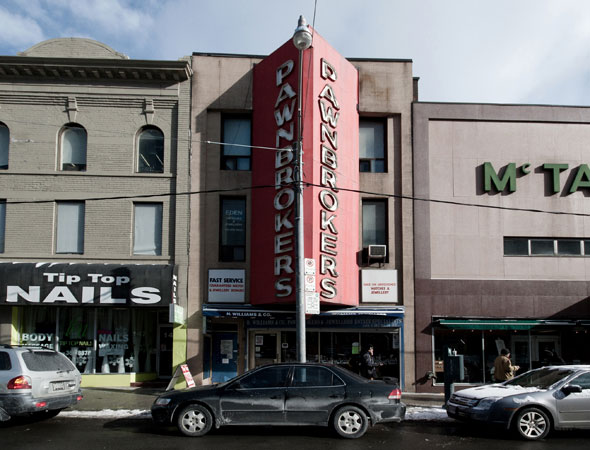 The customer walked out, and it was all me. "Yes, can I help you?" he asked. I put on my best, 'please don't reject me outright' smile, and asked if I could talk to him about his business. "My business?" he said. "I don't work here!" I heard a chuckle behind me from a tech dissecting a piece of audio equipment. Since the pawning Mr. Rogers was grinning, I decided I'd play along. "Really?" I asked. "Now I suspect that's not true." 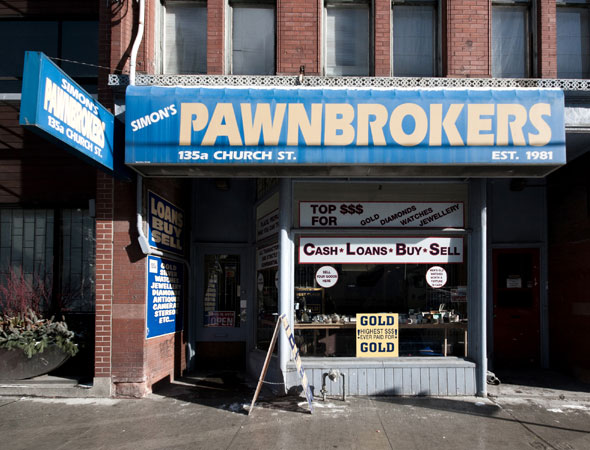 "Ah, you're a suspicious girl!" Before I could assure this jovial trickster of my good nature, a horde of teenage-looking boys piled in. I was immediately abandoned. "Yes, boys. What do you have for me?" I got the impression they were regular sellers. One of the boys reached into his knapsack and pulled out an iTouch. I fumbled with some keychains in a vain attempt to pretend I wasn't eavesdropping. "What is this, an iPhone?" "No," replied one of the boys. An iPod."

"Uh huh. Where'd you get that?" Some mumbling. "Does it have a charger? Why doesn't it say iPhone?" As the boys tried to break down the difference between an iPhone and an iTouch, I looked helplessly at the Big Mouth Billy Bass on the wall. At least he'd talk back to me. Five minutes later, with only some progress on the iPhone/iTouch distinction lesson, I decided to move on. 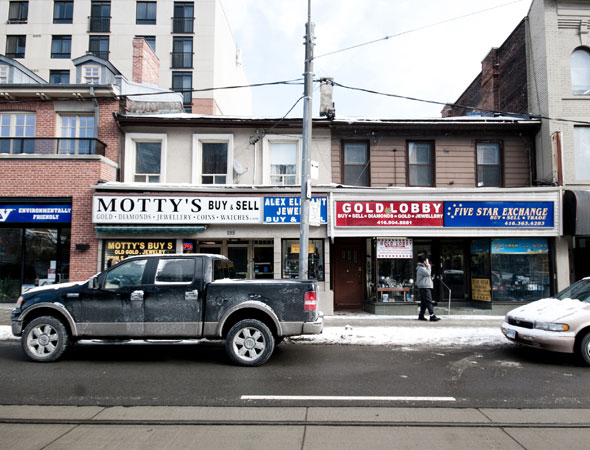 The next shop was a little more organized, and a lot more open. Open in terms of space, that is. Behind the counter at the back end of the shop were several desks where a few women sat, typing away. One got up as I approached the cash. I decided to low-ball this one. "Hi," I told her. "I'm writing an article about the neighborhood and I was wondering if I could ask you a few questions about the history of this building." The building--not the business. A little less intrusive, right?

"Uh, let me check." The woman moved back and whispered in the ear of another woman sitting at a desk. They both stared at me in the way you're not supposed to when talking about someone on the subway. She returned to the counter.

I pretended I didn't just see her just conspicuously negotiate with a colleague mere feet from me a moment ago. "OK, well can I ask you a few questions, then? How long has this shop been here?

"Really, you should talk to the owner. OK thanks."

"Can I just as you..." I trailed off as she vigorously shook her head.

And on to the next. This shop was narrow, empty, with a man and a woman sitting silently facing each other behind the counter. They apologetically rejected my invitation to chat, and sent me on my way. The next shop required a buzz for entry, so I pressed the button and waited in the cold. Finally, a man in a too-tight white undershirt appeared from the back room and let me in. He was stone-faced as I explained that I wasn't actually interested in buying a gold-plated broach. "No." He replied. "Just no."

And it went on like that. Not since my first week with braces back in middle school have I faced such vehement rejection. Needless to say, it left me with some suspicions about the ongoings between Queen and Shuter, and overall disappointment about my fruitless historical quest. Though while I got few answers about the origin of pawn row, I now know--finally--where to find a Big Mouth Billy Bass. 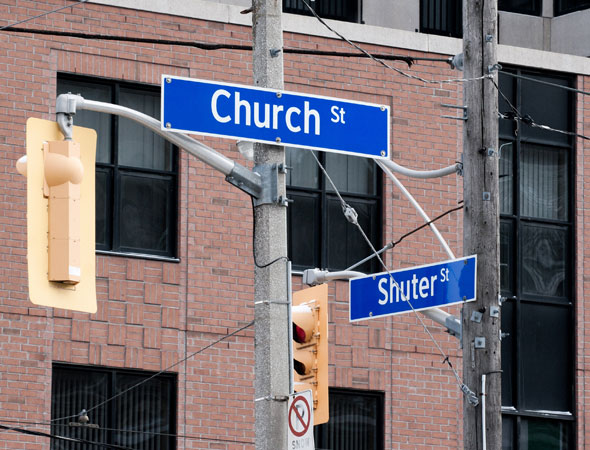