Over the last 10 years, a tiny site in the Financial District at 66 Temperance -- one of the last surface parking lots in the area -- has seen a number of grandiose proposals come and go. At least five different buildings have been dreamed up, all of which eventually fell apart. Will a new proposal break the site's losing streak?

The most famous failed proposal for the site was Harry Stinson's Sapphire Tower. In 2005, Stinson, the idiosyncratic developer of One King West and the Candy Factory Lofts, challenged the developer of the Trump Tower to a contest about who could build the largest residential tower in Canada. For a city without a lot of big egos fighting for attention, the "battle" was an exciting change. 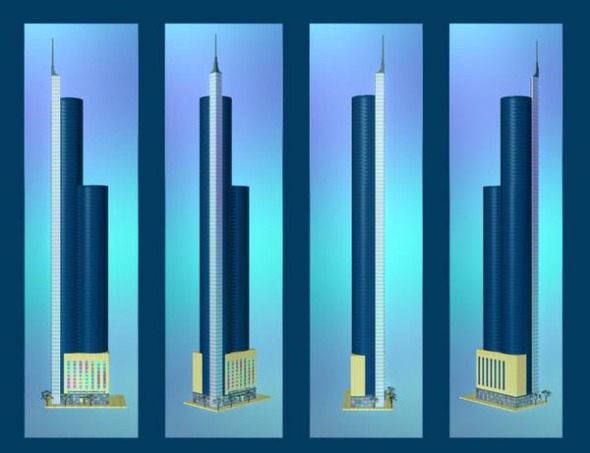 The battle fizzled out in late 2005 when city council rejected Stinson's proposal. The concern was that the resulting building would have shadowed Nathan Philips Square. Stinson eventually had the building redesigned and shortened, and this revised design was approved by city council. But by 2007, the world's worsening lending conditions, a mess of a creative accounting, as well as a revolt by his lenders (including David Mirvish) forced Stinson's project into bankruptcy protection. With Sapphire Tower finished, Stinson moved to Hamilton to work on smaller scale projects.

The site went into receivership, and in December 2007 it was bought by Skyline Investments. Due to Stinson's proposal, the site is already approved for a 55-storey building. Hence, once financing and plans are in place, a building can be constructed without going through the lengthy city council approval process. 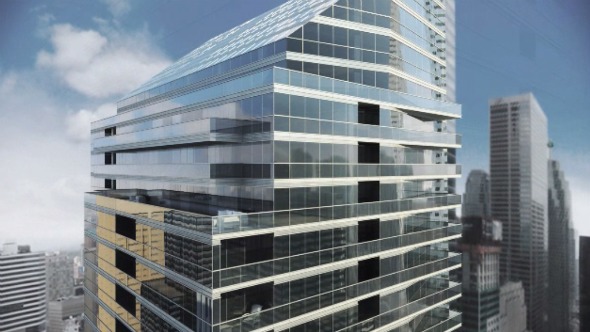 A few days ago, Urbanation reported that Skyline has developed plans for the site, and they offered a link to this video, which claims to show what the proposed building - to be named Canada Tower - will look like. Canada Tower will apparently be a 54-storey condo-hotel. Just a warning before you watch the video: like all real estate promotional material, it's is filled with a lot of bombast. And, in this case, features a voiceover with an unplaceable accent.

The designers of the proposal, Page + Steele, are best known for their Pomo-lite designs (like Chedington Place), but this "iconic" design looks a lot more like their building at the Pinnacle Centre. 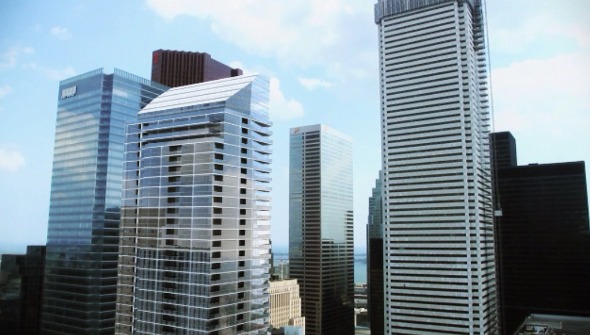 Even without the issue of getting city council approval, the building does have several more issues it will have to face. The residential real estate market is still a huge question mark, and could get worse very quickly. The developers paid $24 million for the site and can only build to 54 storeys. This means that unit prices will be very high and sizes will be very small. The city will also see a number of new hotels and condo-hotels get completed in the next two years: the Shangri-La, the Ritz-Carlton, the Four Seasons and the Trump will join Le Germain at Maple Leaf Square, the Hazelton and the Thompson Hotel, among others. With all of these issues, can Canada Tower overcome the site's troubled history?