YIMBY Festival brings together politicians and activists at the Gladstone

In an effort to strengthen grassroots community groups, the Gladstone Hotel together with Ryerson University hosted the fourth annual YIMBY (yes in my backyard) Festival on Saturday. Community groups such as Artsvote and Jane's Walk, along with several politicians, were in attendance.

Over thirty neighbourhood groups set up information kiosks throughout the second floor of the Gladstone. Under the tall ceilings and over the squeaky hardwood floors activists networked with each other and city leaders. 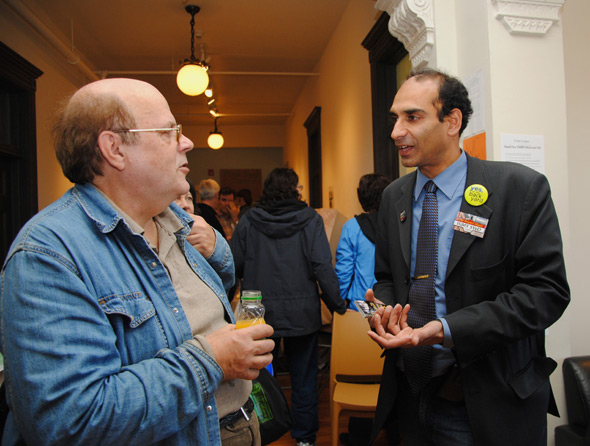 YIMBY's goal is to connect neighbourhood groups, which are sometimes seen as distractions by city leaders when they oppose specific developments. By connecting their resources and speaking to community leaders in a relaxed setting, as YIMBY groups have done in other North American cities, organizers hope to build more productive relationships.

Christina Zeidler, president of the Gladstone Hotel and founder of YIMBY, told me about her motivation for starting the festival. "You often go to city meetings and the neighbourhood groups are the crazy people sitting at the back saying 'no, we can't do this! no! no!' and really that's not the spirit of community organizing."

She has tried to improve the atmosphere by bringing groups and leaders together outside tension filled neighbourhood meetings. 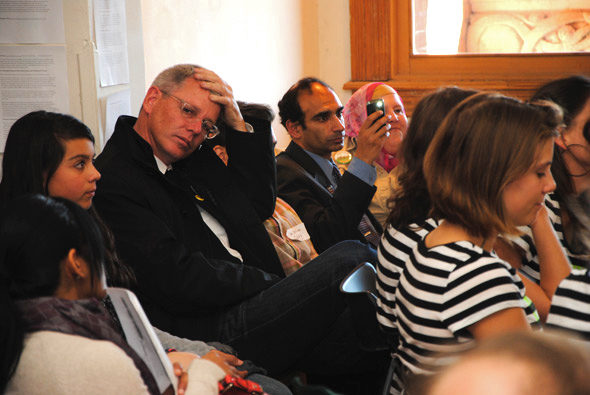 Adam Vaughan, who dropped by for the second half the festival, explained that "most want to build a better Toronto, and the only way to build a better Toronto is to stop saying 'no' to ideas, and actually start saying yes to ideas... .And YIMBY shows that organizations that sometimes have a responsibility to stop bad projects also have the ability to dream, create, beautify, and build a stronger Toronto."

The name of the festival is, of course, meant to distinguish activists from NIMBY (not in my back yard) groups, and to emphasize that community leaders are not opposed to all development.

YMBY "is [also] about trying to build relationships," Zeidler said. "And having one day where the people who work really hard doing all this stuff can show off and celebrate what they do...it's a bit like 'show and tell.'"

Individual groups give endorsements to those who support their ideas, making YIMBY an important networking opportunity for candidates in the Toronto's municipal election. 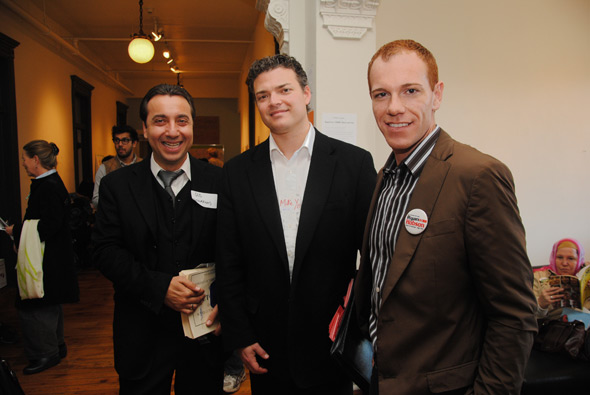 "I'm always keen to see which politicians come by," Zeidler told me. "Because those are the ones who are usually tapped in and connected to what's going on...The committed councillors are the ones that come out here." 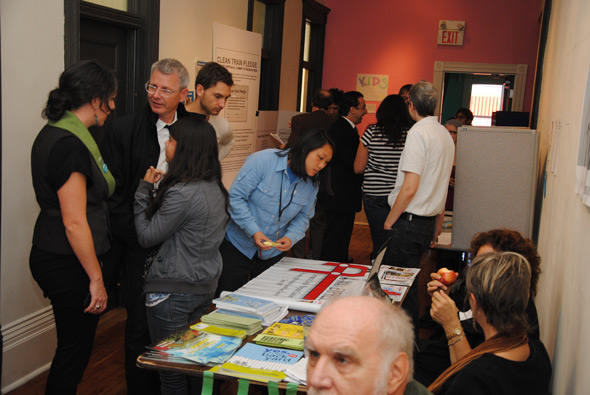 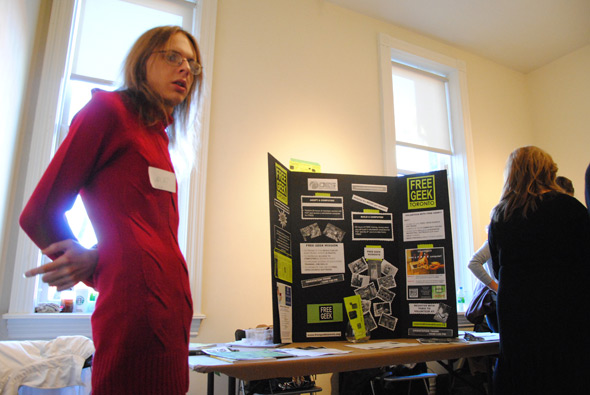 The YIMBY festival was an enthusiastic event, but with the prospect a Rob Ford victory, which would likely mean cuts to overall city spending, community groups that usually demand money for expensive projects could have reason to worry.

Councillor Vaughan, however, is confident of a George Smitherman victory. "I think he's got it. Having closed the gap I think the undecided now have an obvious choice to make. I think Rob Ford is in danger of finishing third, quite frankly."

But whatever the results, activists will continue to play an important role in city politics and will likely strengthen into a formal coalition over time. Whether they are on good terms with the next mayor is an open question.