As another Canada Day has passed in Toronto and in communities across the country, it's high time to recall what all these fireworks were about. Like Victoria Day, the holiday formerly celebrated as Dominion Day is a reminder of Canada's British heritage and our colonial roots. 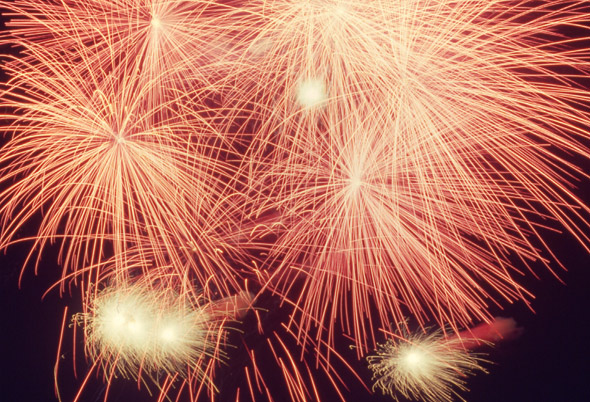 According to the Canadian Heritage website, the holiday was first observed on July 1, 1868 in order to commemorate the first anniversary of the formation of the Dominion of Canada. This was an entity created through the British North America Act (now known as the Constitution Act, 1967). And in 1982, amid much controversy, Dominion Day was rechristened Canada Day under the government of Pierre Trudeau's Liberals.

While some welcomed the change as Canada's assertive stance on our national identity and self-emancipation from the last vestiges of the British Empire, the critics argued that it was a blatant denial of the country's colonial origin. This is well illustrated in an archived CBC radio broadcast, which presents both sides of the debate.

July 1 was first celebrated in Toronto in 1867 as Confederation Day. In 1927, the Toronto Daily Star waxed nostalgic about this joyous occasion on Canada's sixty-year jubilee. On that day, John Lennox, a resident of Yorkville, purchased an immense ox, brought it to the Market Square (what we know as the St. Lawerence Market), and as reported, "the crowd cheered as the roasting began." 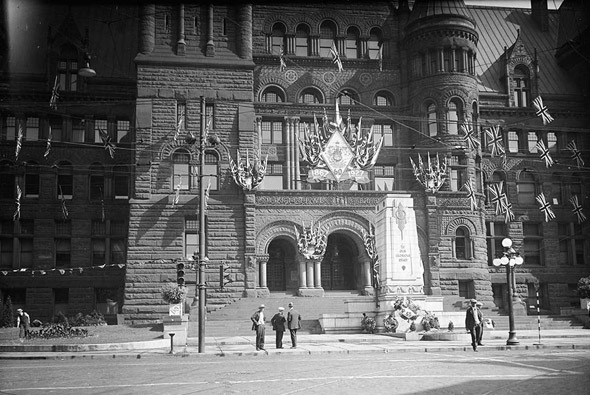 After the necessary preparation, some of the meat was donated to various orphanages, poorhouses, and other charities, and it was also distributed to the needy. This festivity was inspired by a similar celebration that took place in 1837 in order to mark the coronation of Queen Victoria, which was an early predecessor to Victoria Day, officially proclaimed in 1845.

At night, the crowds headed to the St. James Cathedral, where at 12:00 a.m. the bells were rang, signalling a new chapter in the history of Canada as an independent nation. This was followed by the national anthem, as well as Hurrah Canada and Rule Britannia. Bonfires were lighted at every intersection, and arms, rockets, and cannon were also fired. 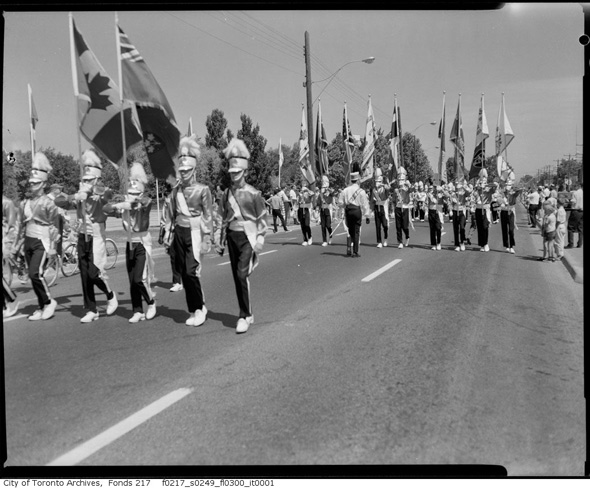 The celebrations continued throughout the night and the flag was raised and saluted at about 4:00 a.m. At about 10:30 a.m., a military parade took place, followed by a picnic, and then, in the evening, the Horticultural Society hosted a garden party on their grounds (now Allan Gardens) to the music of two military bands. Fireworks at 9:00 p.m. at Queen's Park marked the end of the festivities.

Those two days in July of 1867 reveal that Toronto has a rich, if not well known tradition of commemorating Canada's birthday -- and one that started even before the holiday was officially proclaimed. 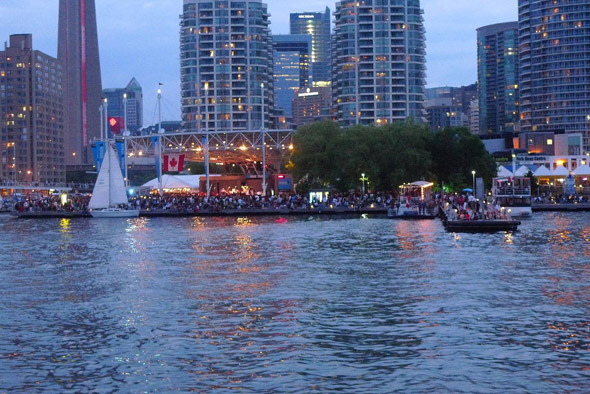 Archival photos from the Toronto Archives, fond and series information underneath image.