Naglaa Soliman and her son, Yusuf, have a strategy to collect food.

They leave the red Zellers shopping cart in the middle of the hall in front of the elevator. One takes the left and the other the right section of the hallway. They both start knocking on doors in their apartment building, energetically yelling, "Hello. Food bank collection." 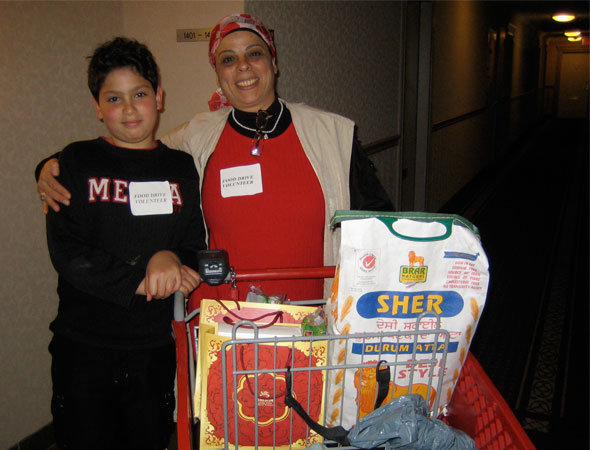 Yusuf tells me he feels good collecting food in their Thorncliffe neighbourhood building. "But I'm going to blame my mom if my teachers asks me why my homework isn't done," he says.

We both agree he has a good excuse. So does his mom who's lived in the neighbourhood for 14 years. "I'm a humanitarian and I want my family to help others," Soliman says.

I met several families like the Solimans, who live in the Thorncliffe Park neighbourhood and brought their kids with them to volunteer for the food drive. Thorncliffe is a multicultural community of high-rise buildings in central east Toronto. The Thorncliffe Neighbourhood Office has a good profile of the community's challenges and strengths. 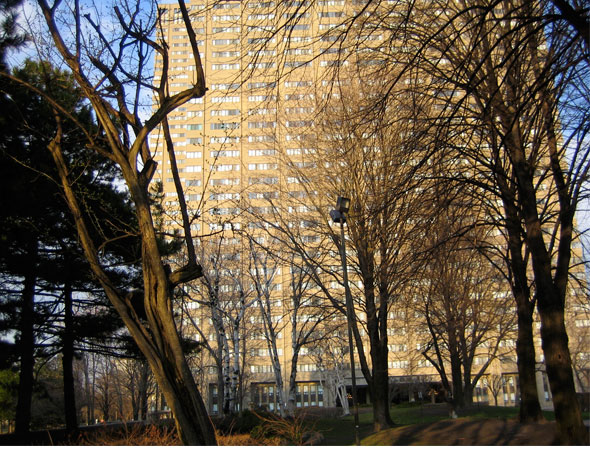 Gail Nyberg, executive director of the Daily Bread Food Bank, says apartment buildings are often left disconnected from the city's happenings. That was my experience when canvassing for an election a few years ago. Just getting into most buildings is impossible and often results in many tenants not being added to the voters' list. Nyberg and Brad Butt, president of the Greater Toronto Apartment Association, decided to make it easier for apartment dwellers to donate by going directly to them.

Soliman thinks the convenience-factor helps. "The building next to us has a lot of seniors. It's easier for them to give this way."

The apartment building drive garnered 164,000 pounds of food last year. Yesterday, about half the boxes available in the building were filled with a mix of the usual Kraft Cheese to more diverse fair, like bags of durum atta, used for a variety of foods including roti bread.

Nyberg says the Spring Drive is really important for food banks, especially with this year's 15 per cent hike in food bank use. "People are generous during the winter holidays. In the summer, people go away and don't think about us."