Glory Hole Doughnuts is currently open but their offerings and services may be affected due to the pandemic. Please contact the business directly for more information about any changes. Is this your business? Please contact us if you would like to update this message.

Glory Hole Doughnuts has been so eagerly anticipated that on a Sunday morning at 10 a.m., there's already a rush at the counter. The two-day-old retail location in Parkdale , between Roncesvalles and Sorauren, is already drawing both praise from long-time fans , and rubbernecking from locals. 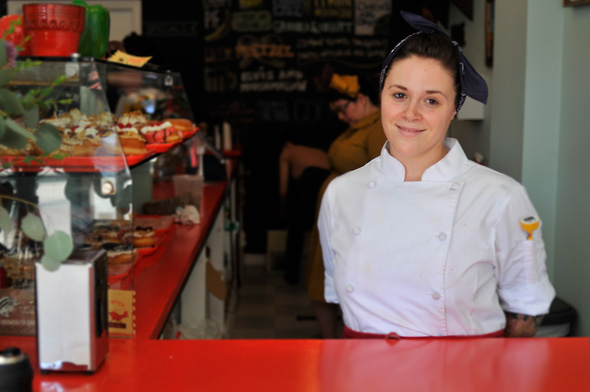 Owner and baker Ashley Jacot De Boinod (formerly of Buca ) has garnered well-deserved credit for being one of the first to introduce Torontonians to inventive doughnut flavours. Her chicken-fried waffle and maple bacon doughnuts caused a fervent buzz earlier this year, but now that even Loblaws sells a maple bacon doughnut (don't bother, it's gross), Ashley is stepping up her game, and offering ever more imaginative combinations. 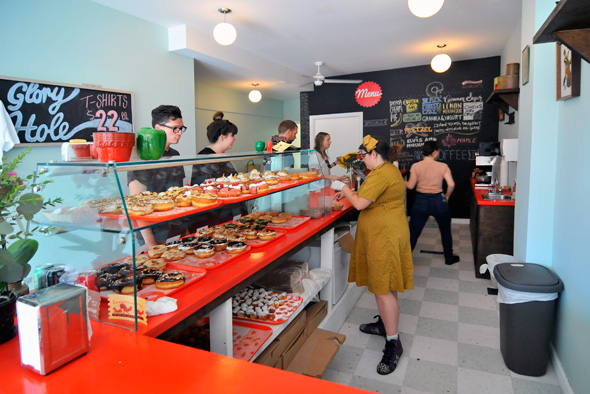 For example, the Butter and Toast doughnut delivers exactly what its name promises via sweet buttery frosting and toasted bread crumbs. It's subtle but delicious, and showcases a touch of restraint and sensitivity towards those of us who like things a bit less sweet. With the option to add bacon to any doughnut for $1, I only later realize the missed opportunity. 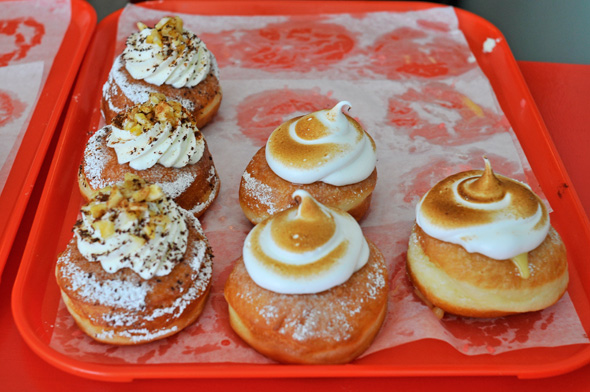 The Elvis with Marshmallow is iced with peanut butter frosting and topped with banana chips, nuts, bacon and toasted marshmallows--I don't think I need to tell you how phenomenal it tastes. 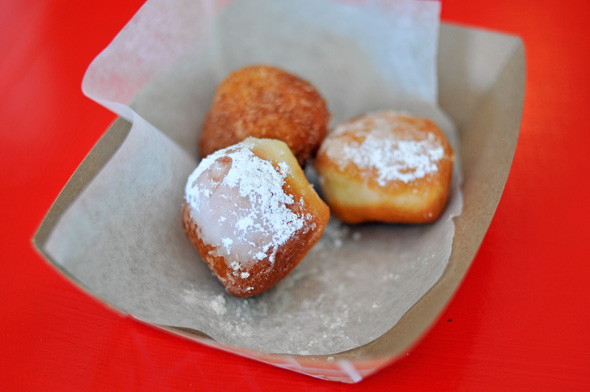 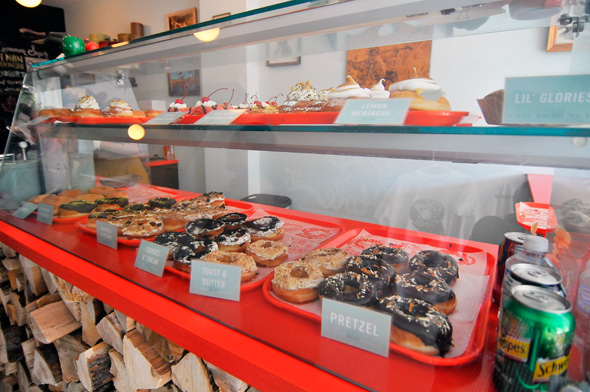 The bright and airy space is sparsely decorated; a set-up which better accommodates the eager crowds and quick take-away service. A vibrant orange countertop and woodpile-styled bar houses a glass showcase displaying the unbearably seductive goodies. 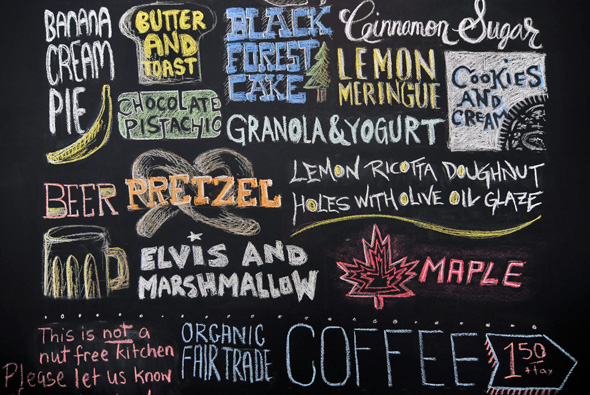 A blackboard wall illustrates the rotating menu, including other notable flavours such as Chocolate Pistachio, Yogurt & Granola, Beer (featuring a Kensington Brew Co . flavoured frosting) and Black Forest Cake to name just a few. Each are between $3 and $4.50 depending on the flavour, or you can opt to get a half dozen for $21, or a dozen for $38.

There is much to like about this new addition to Parkdale, but don't fret if you're not a local; catering and delivery options are available with at least three days notice. 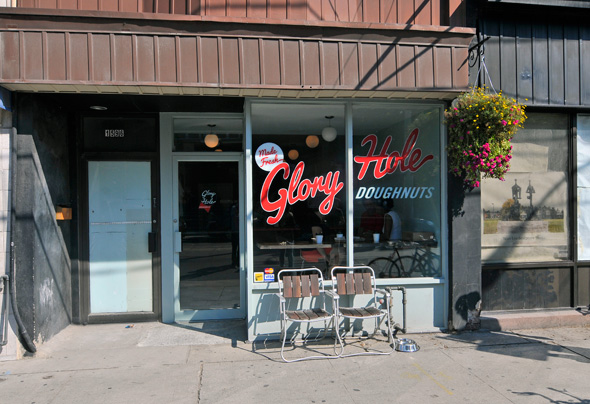