A street in Toronto is looking extra colourful after local artists painted a huge Black Lives Matter mural on a portion of the road.

The new addition to Augusta Avenue in Kensington Market came together with 16 artists who painted Black Lives Matter in massive letters spanning from Baldwin to Nassau Streets yesterday. 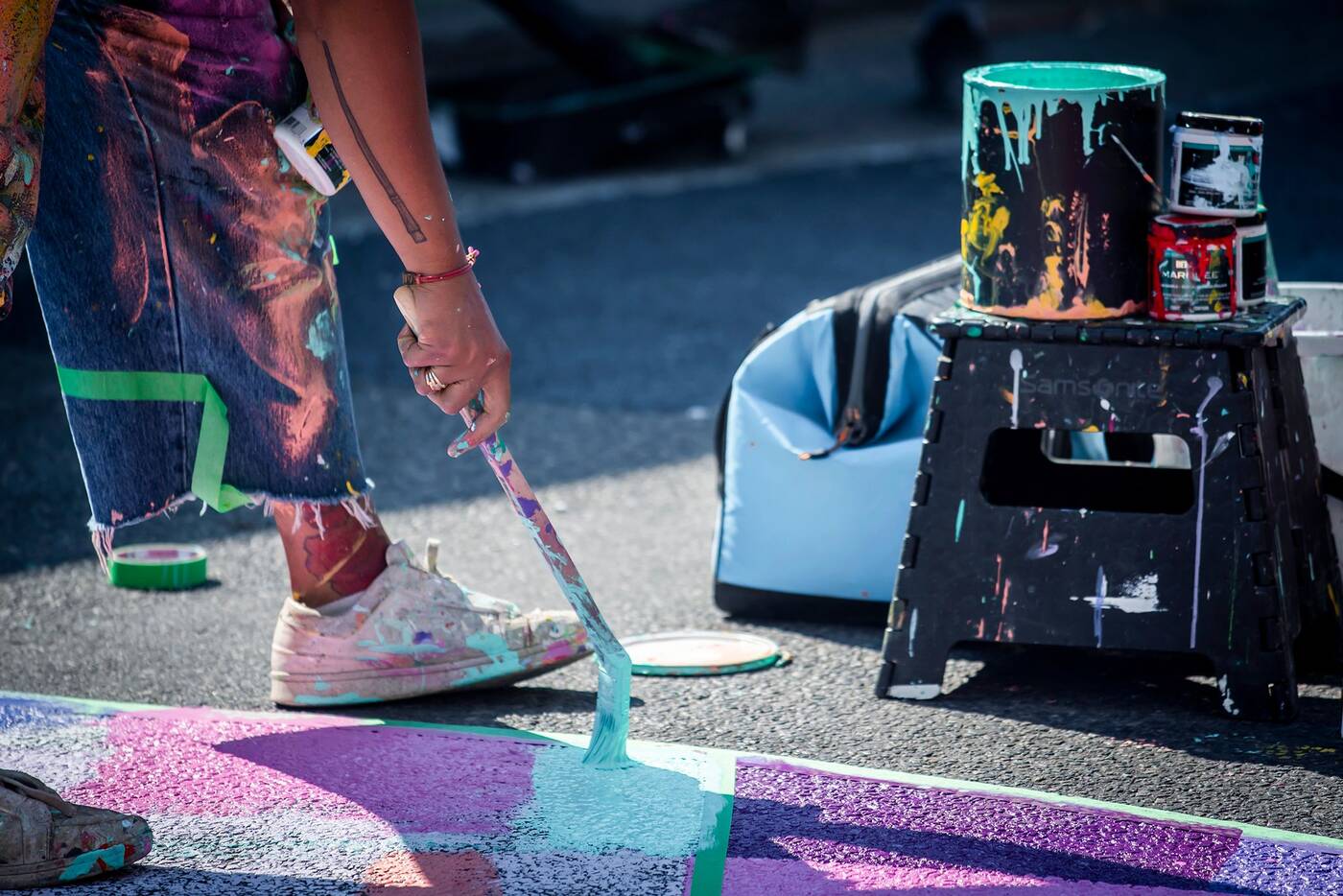 Each letter was painted by a different local artist. Some of the artists' work can be seen in other areas of the city. 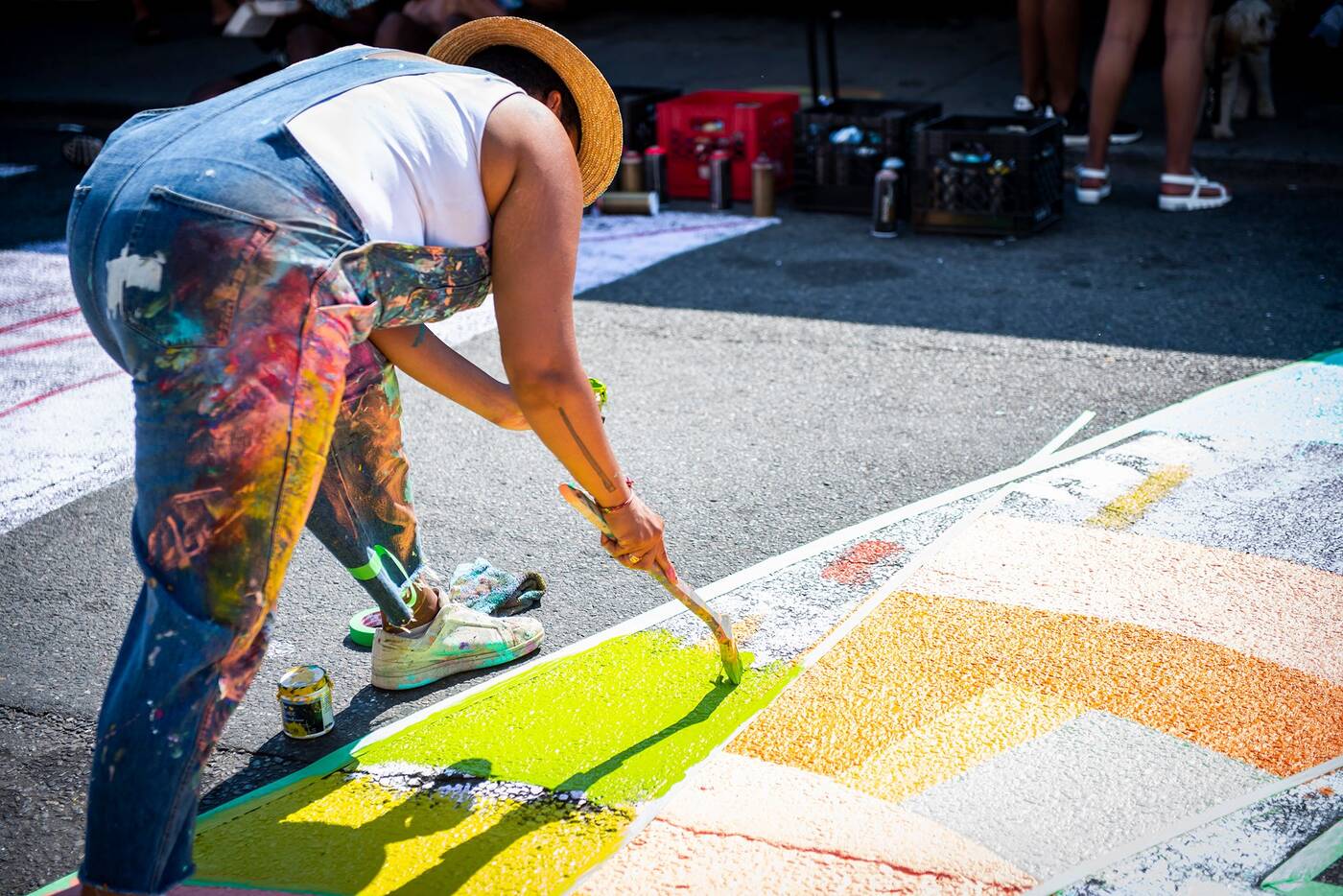 16 artists came together to paint the mural.  Photo by Hector Vasquez

The mural is in response to recent protests in Toronto and in many other countries against anti-Black racism and police brutality. 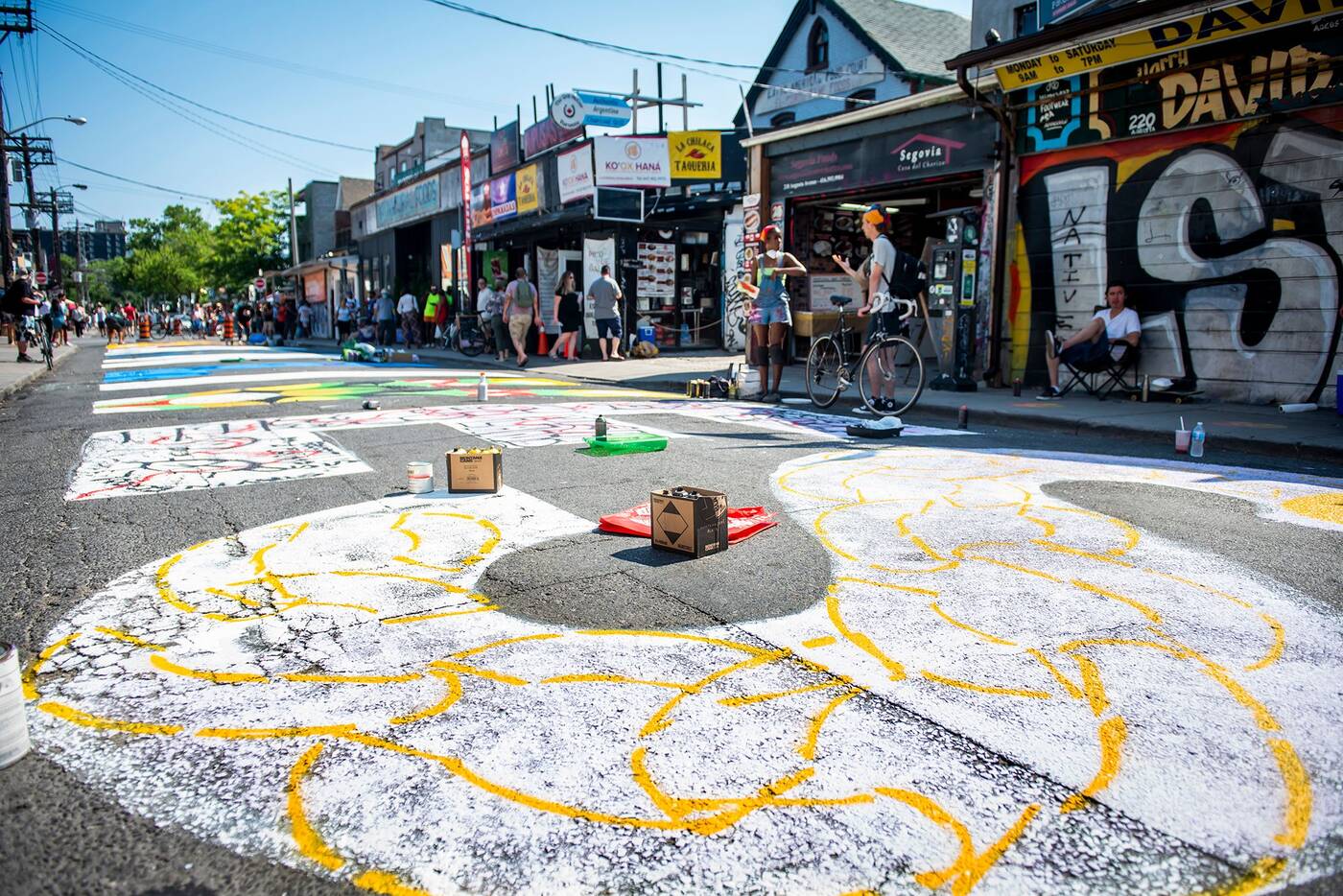 The mural is in the heart of Kensington Market. Photo by Hector Vasquez

It's the third major work of protest art that's gone up in recent weeks after Defund the Police was painted in huge pink letters outside the Toronto Police Services headquarters on College Street. In June Graffiti Alley was transformed with art for the Black Lives Matter movement. 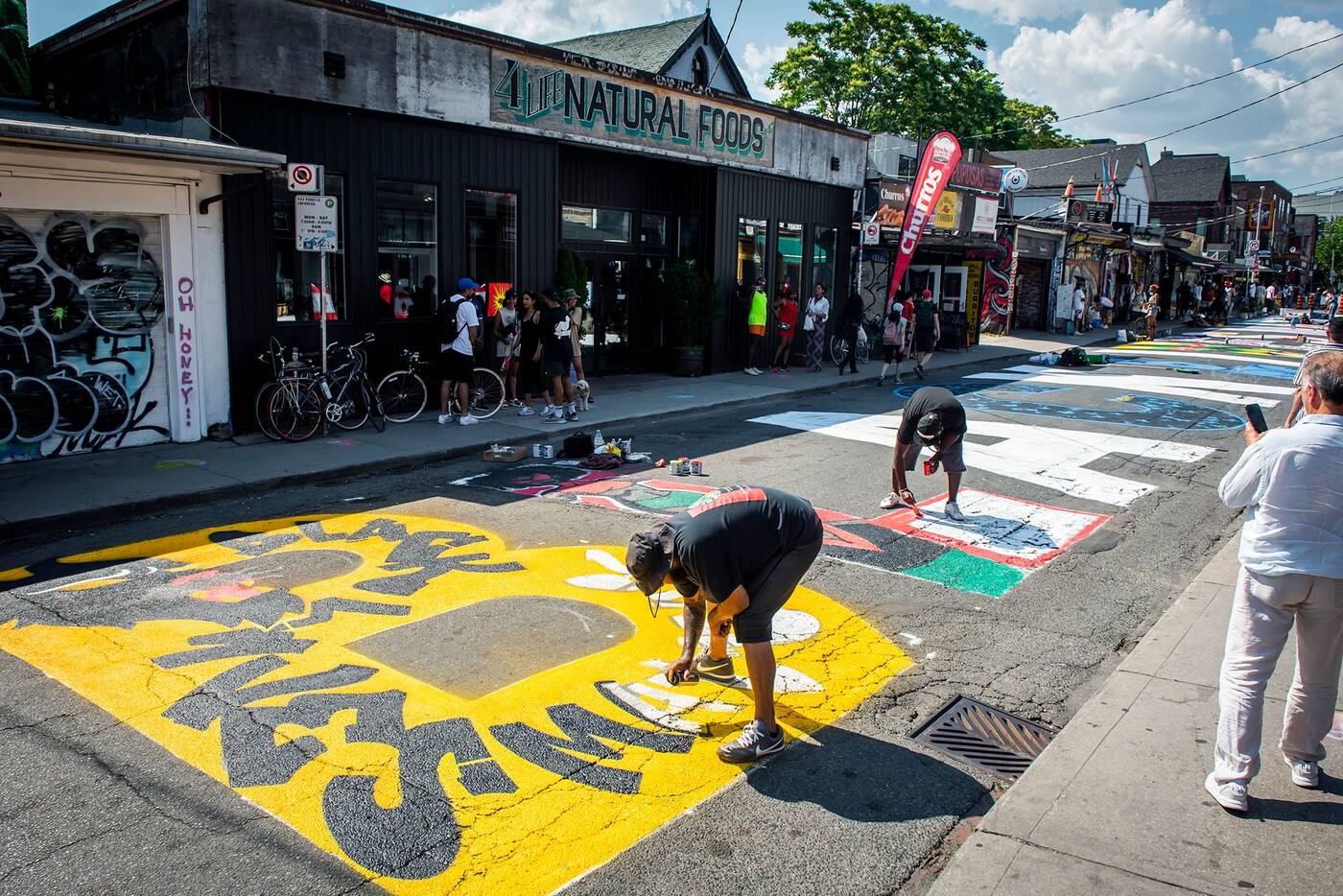 Artists worked together on the giant mural. Photo by Hector Vasquez

Black Lives Matter was also painted on the street near the White House in Washington, D.C. after protests against anti-Black racism and police brutality in the U.S. and around the world were sparked by the death of George Floyd at the hands of a white police officer. 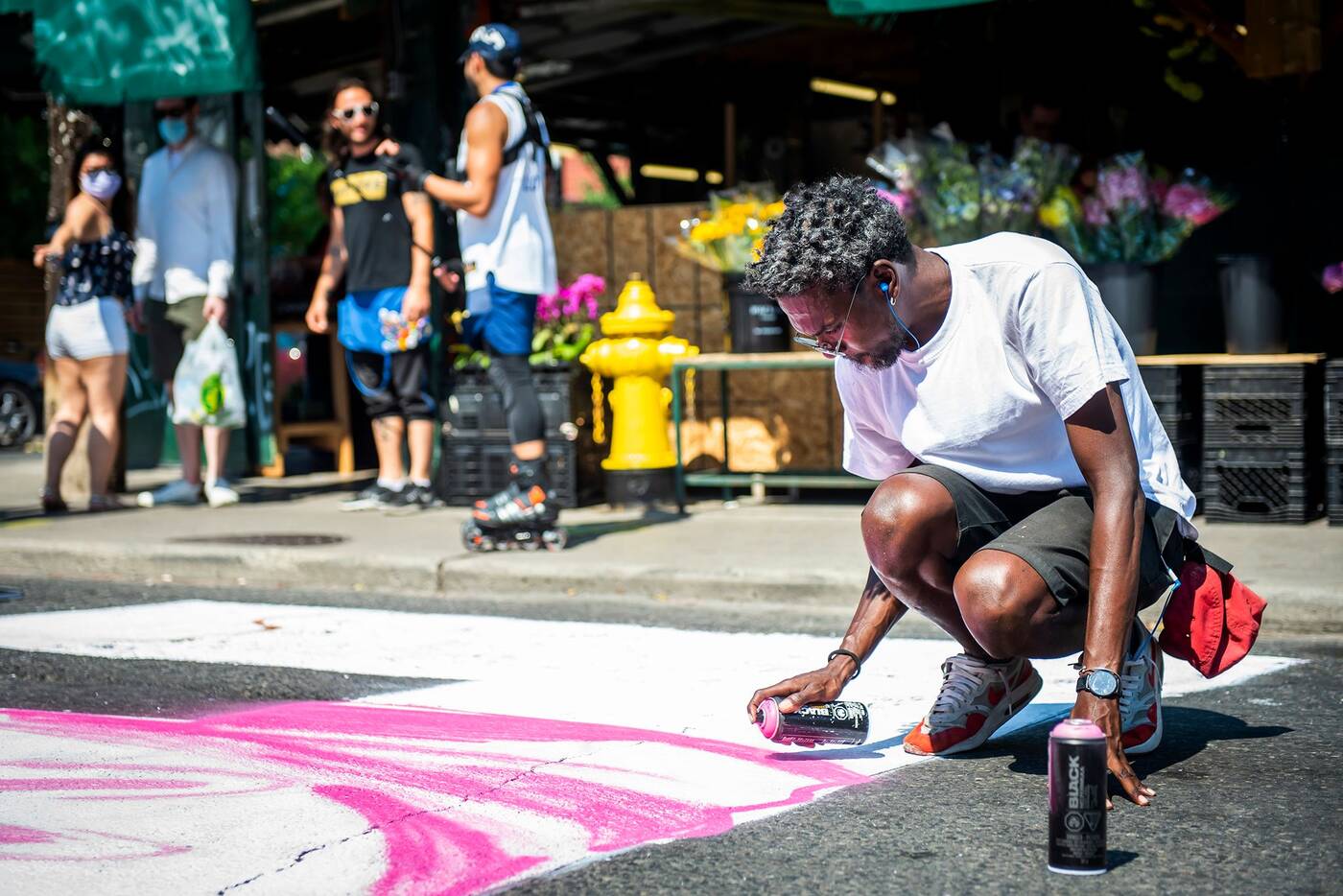 Each artist worked on their own letter in the Black Lives Matter mural. Photo by Hector Vasquez

A nation-wide discussion about systemic racism in Canada has led many people to reflect on racism in institutions — particularly in police forces.

Earlier this week, Toronto City Council voted not to defund the police and instead enact a number of reforms aimed at combating the systemic racism in the Toronto Police Service. 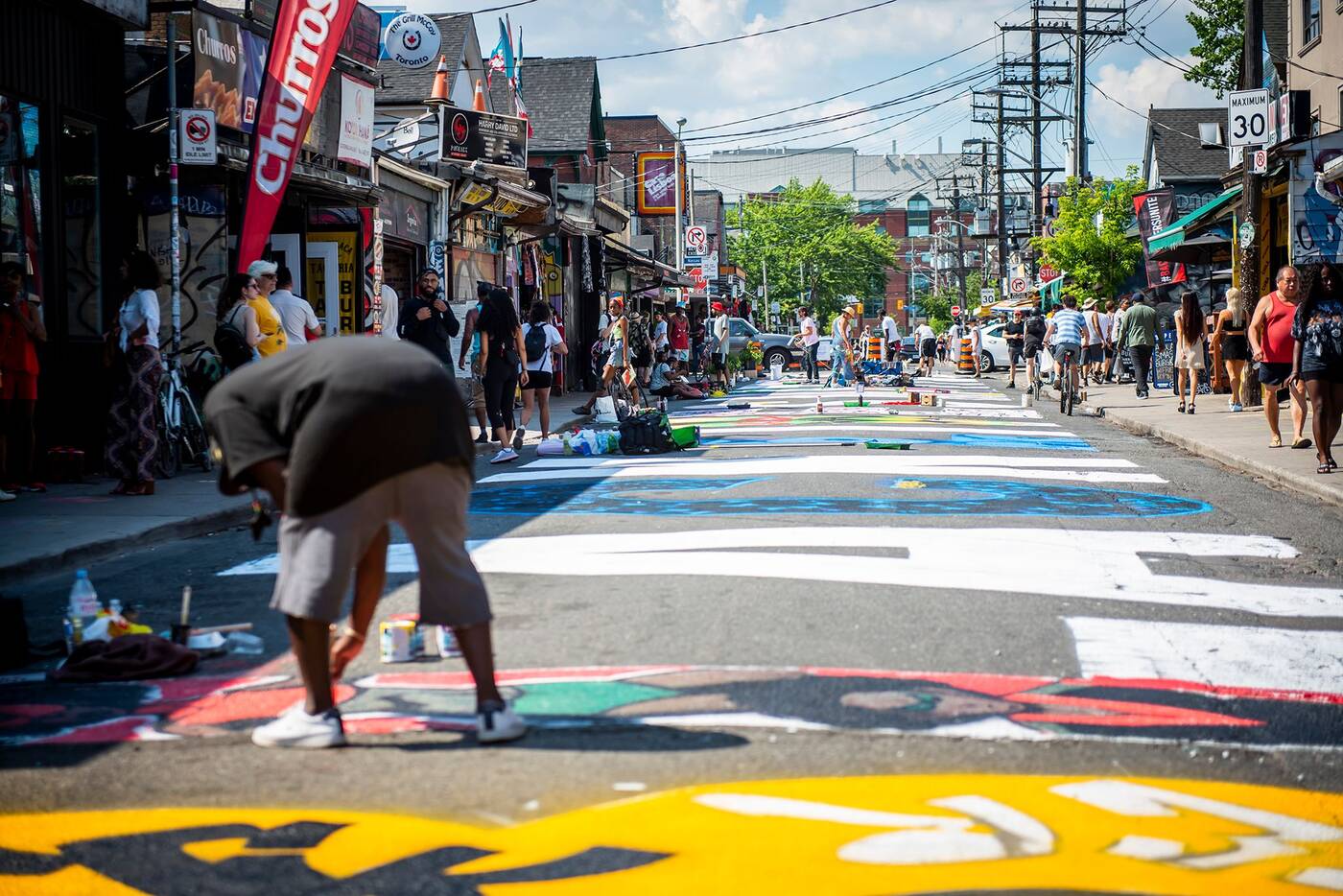 Each letter was painted with colourful images.  Photo by Hector Vasquez

While fewer protests and marches are taking place around the city, the mural remains a lasting reminder of the message at the heart of the anti-Black racism movement.