A rally and teach-in to take steps toward abolishing Toronto Police was held at Nathan Phillips Square today, on Global Pride Day.

Afr0-Indigenous Rising (AIR) has been occupying the Square for days now, and the No Pride in Policing Coalition joined them there today to host the event. 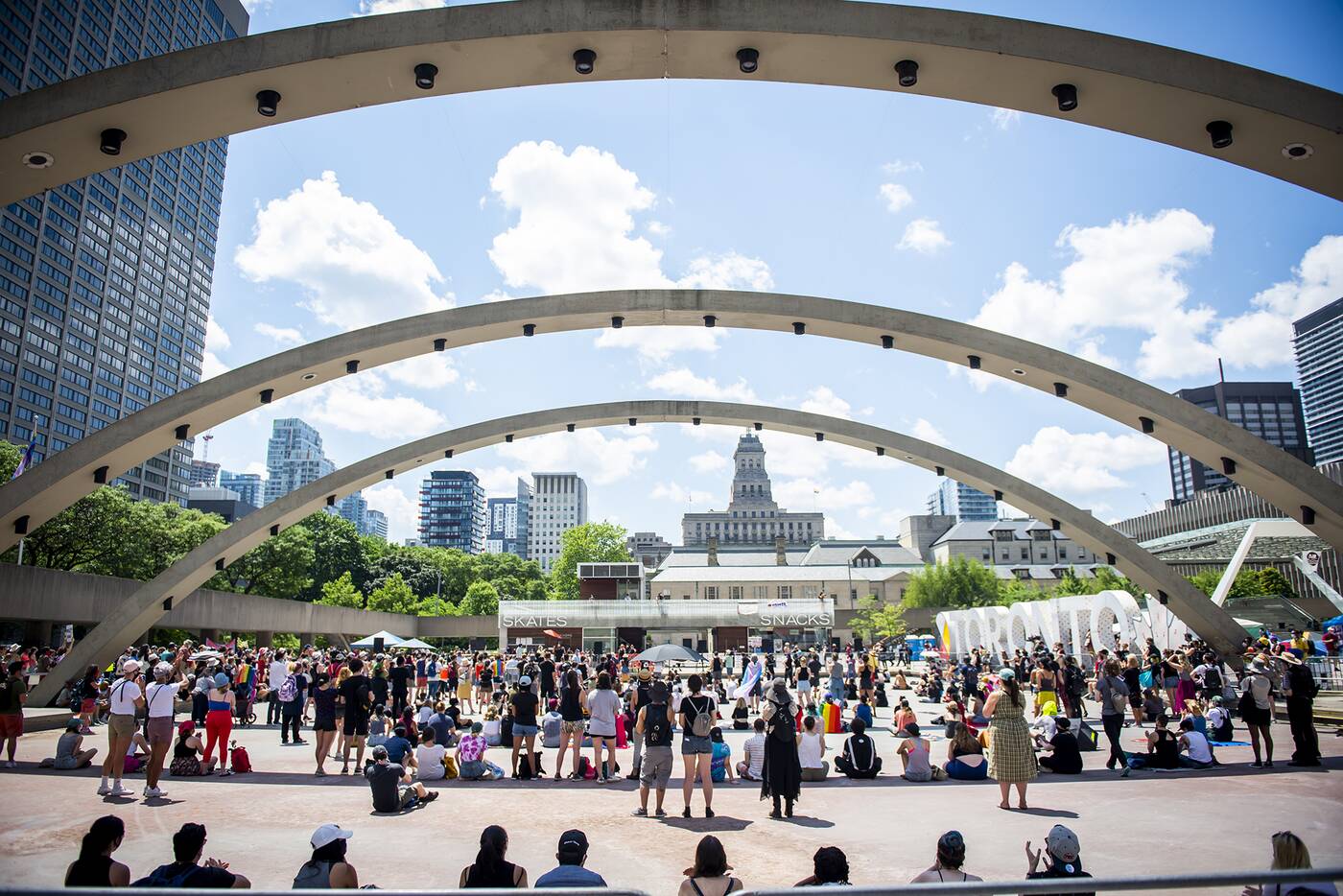 The rally aims to bring attention to NPPC's demand for an immediate 50 per cent cut to the Toronto Police Services budget, which is currently over $1 billion. 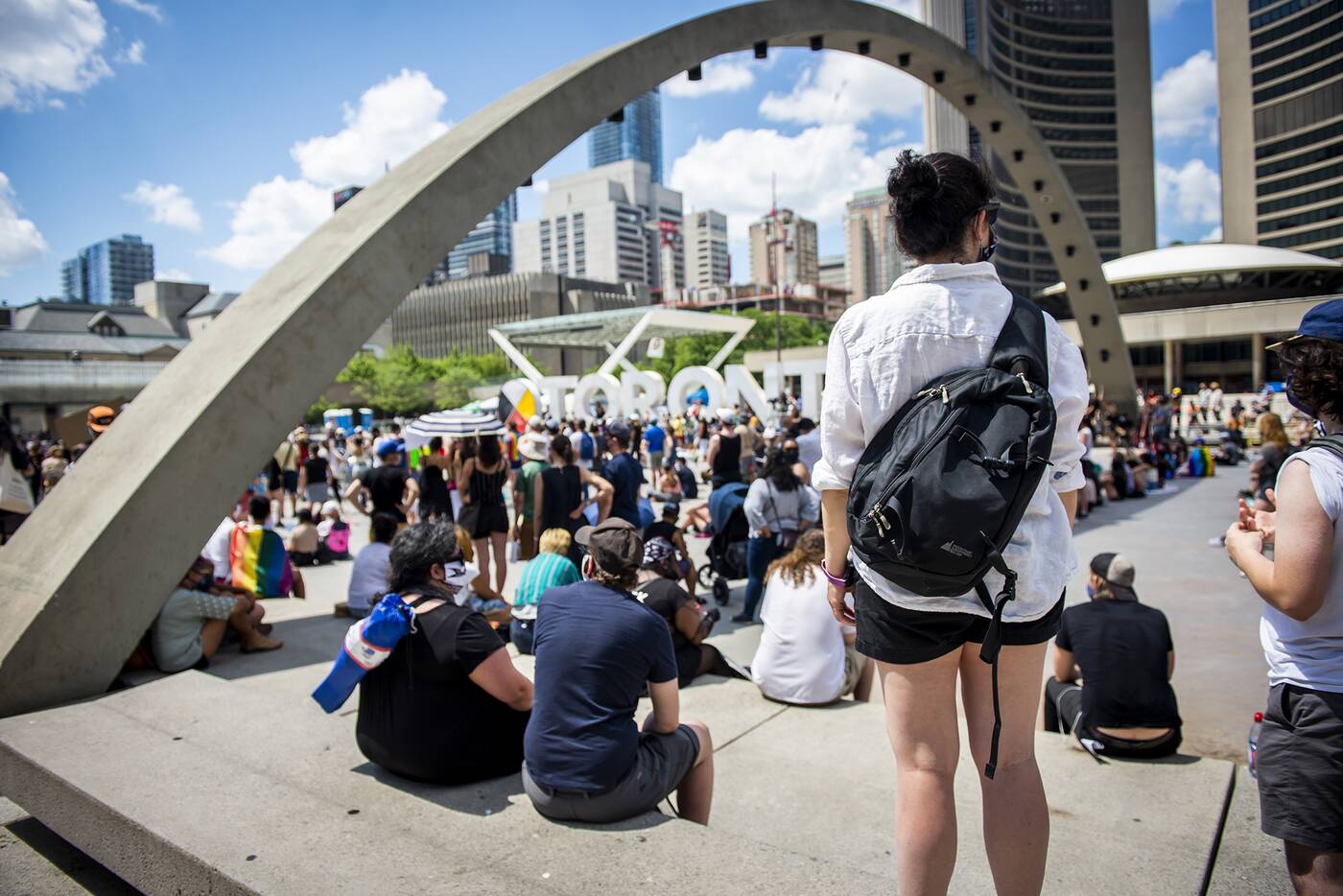 The peaceful demonstration consisted of a large but socially distanced crowd taking up space in the area near City Hall and listening to a number of speakers, including Desmond Cole, Zoe Dodd, Robyn Maynard, Monica Forrester and many more. 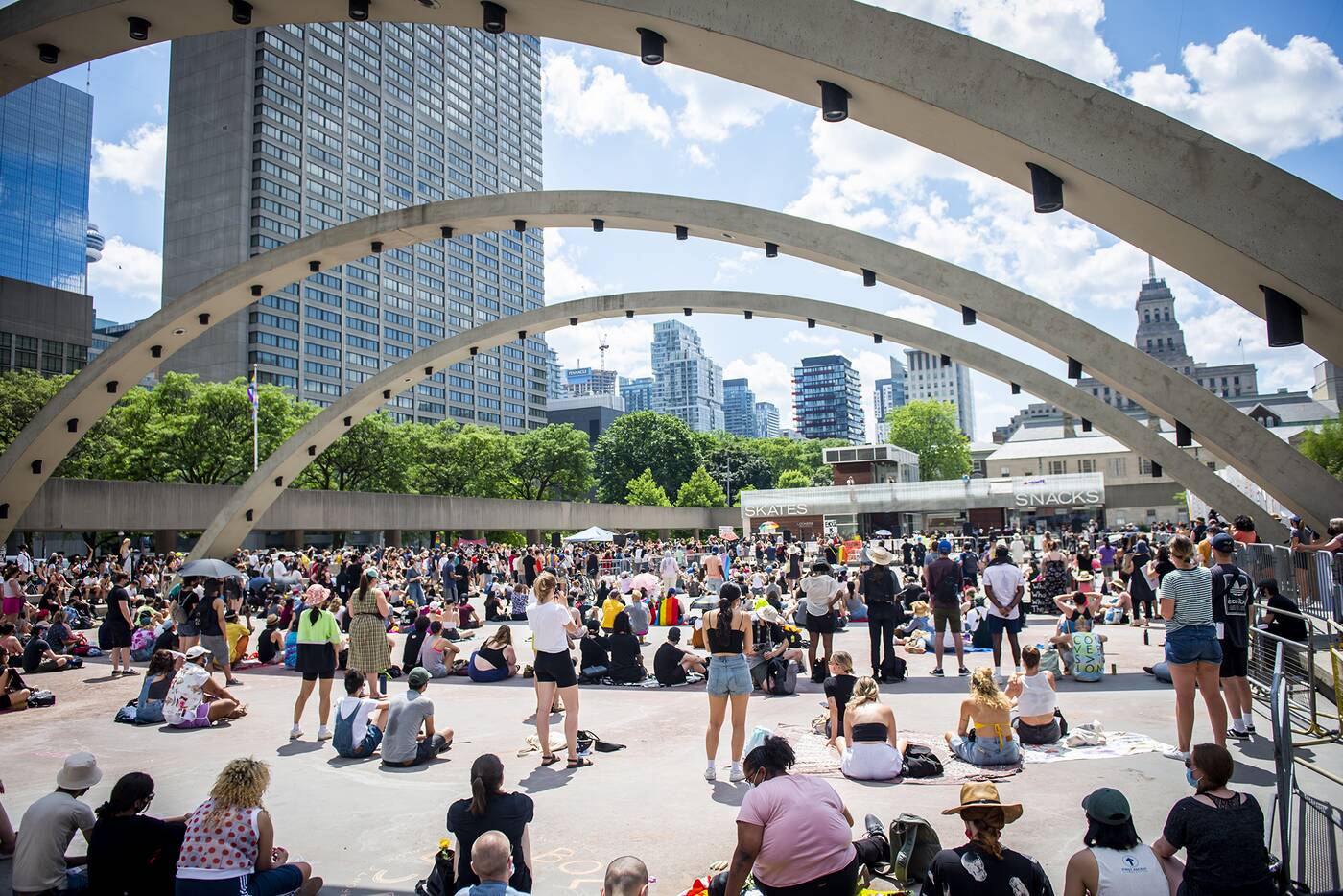 Pam Palmater, an Indigenous lawyer, professor and advocate stated passionately that we need to defund our own oppression, asking that the police budget be reallocated to things like resources for Indigenous communities. 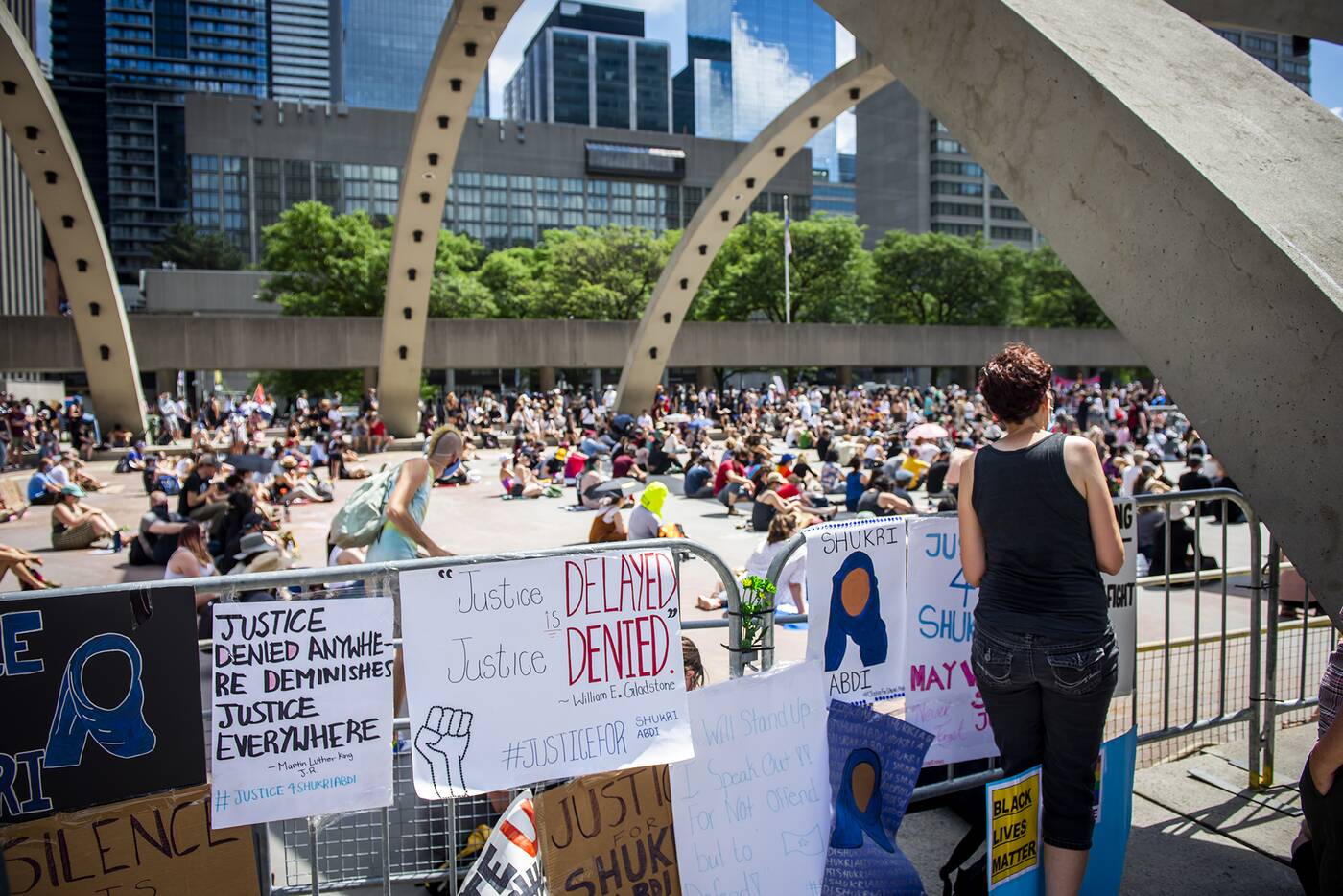 There were also a performances from Sydanie and the Eagle Woman Singerz and Jingle Dancers toward the end of the demonstration. 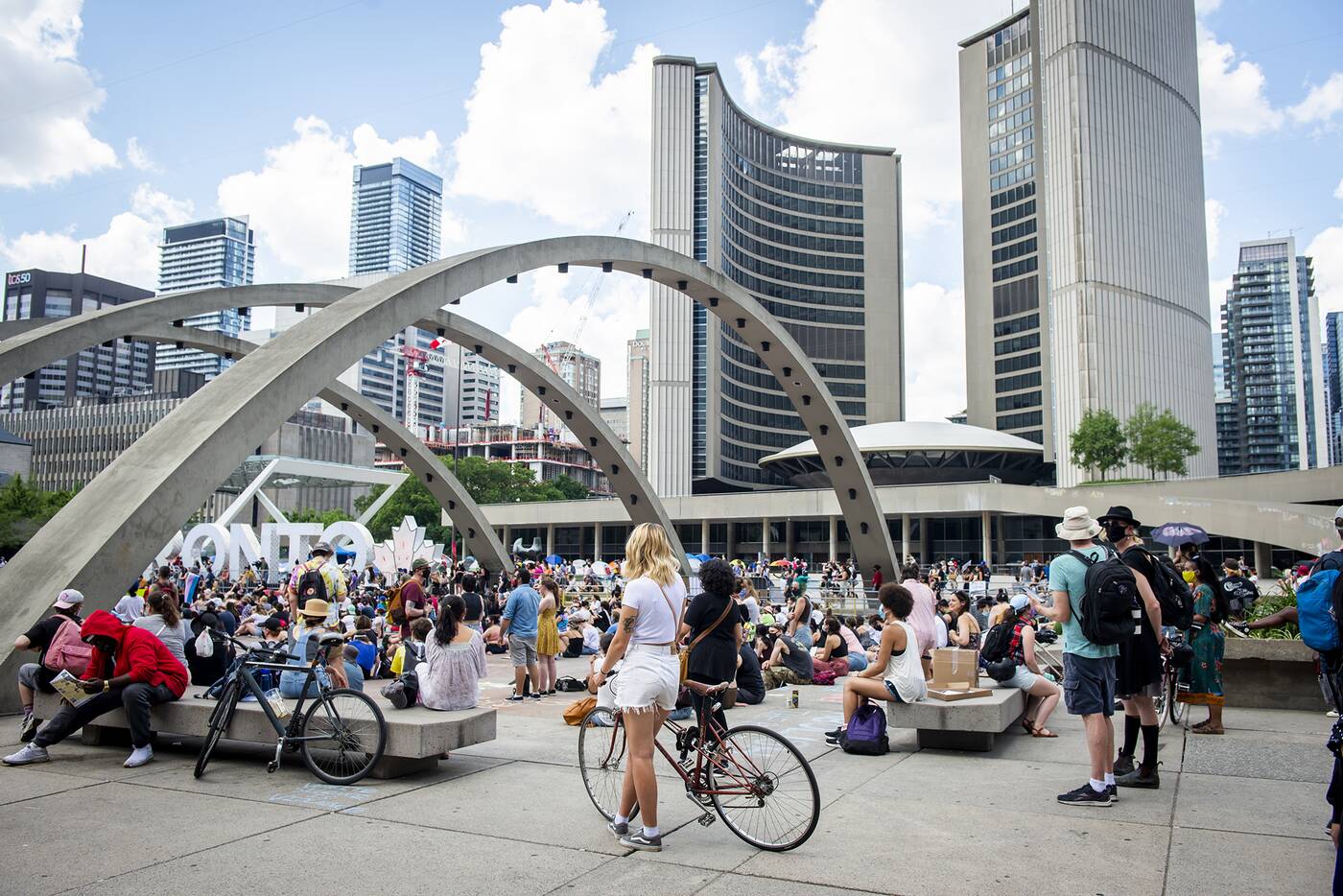 At one point, the crowd chanted "Here for Dafonte" in response to the recent verdict announced in the case where an off duty police officer and his brother were accused of beating Dafonte Miller.

"Here for Dafonte! Here for Dafonte!" chanted in reference of the case still unsolved to this day of 19 years old man Dafonte Miller who had been beaten up by a Toronto cop and his brother back in 2016. #Toronto #DefundPolice #torontoprotest #peacefulprotests pic.twitter.com/0NpnGEHWvM

As part of the "teach-in" aspect of the event, chalk was available so that attendees could write down notes on the concrete of the Square. 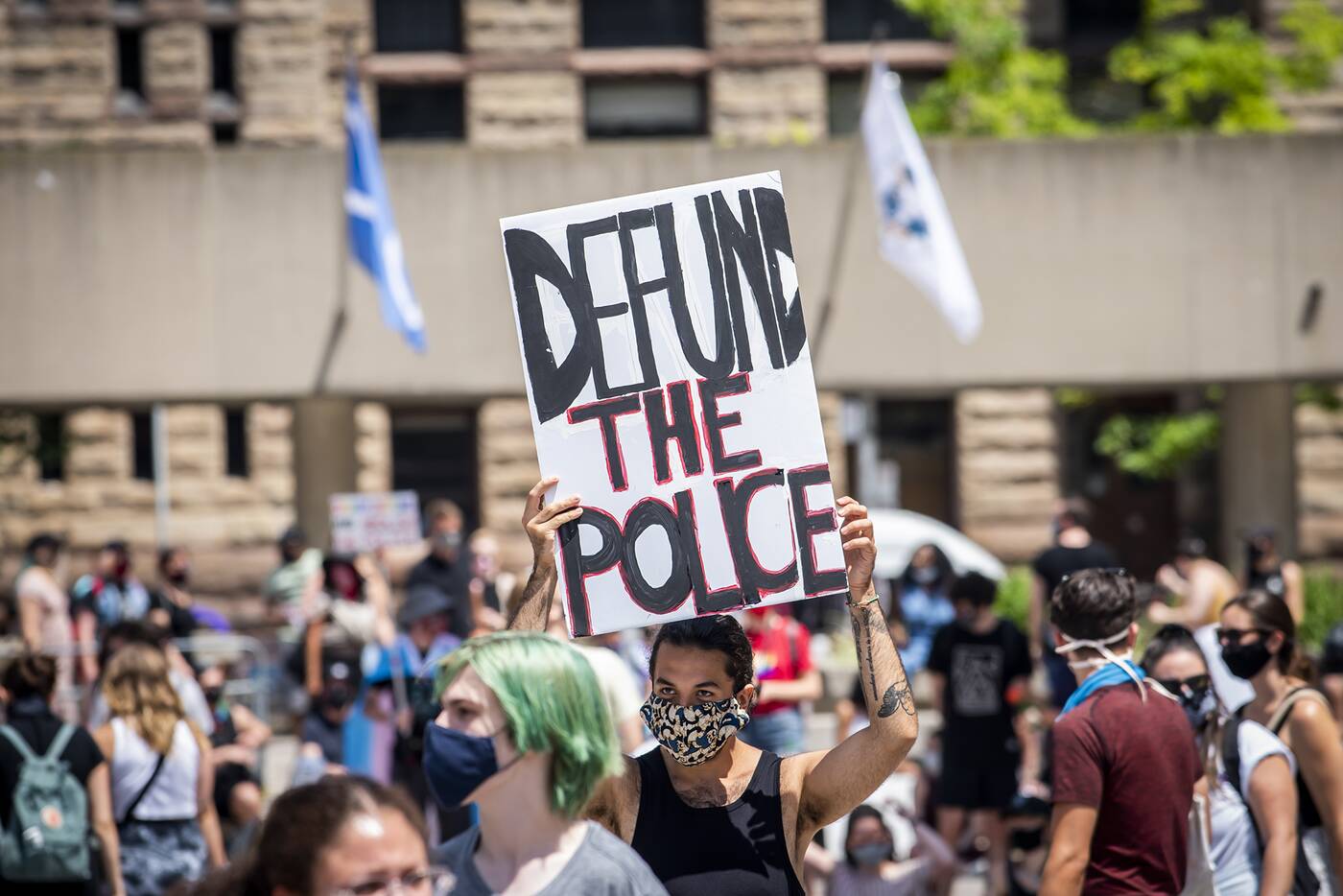 The entire rally was live-streamed on Facebook, and some speakers called in on Zoom to give their talks. 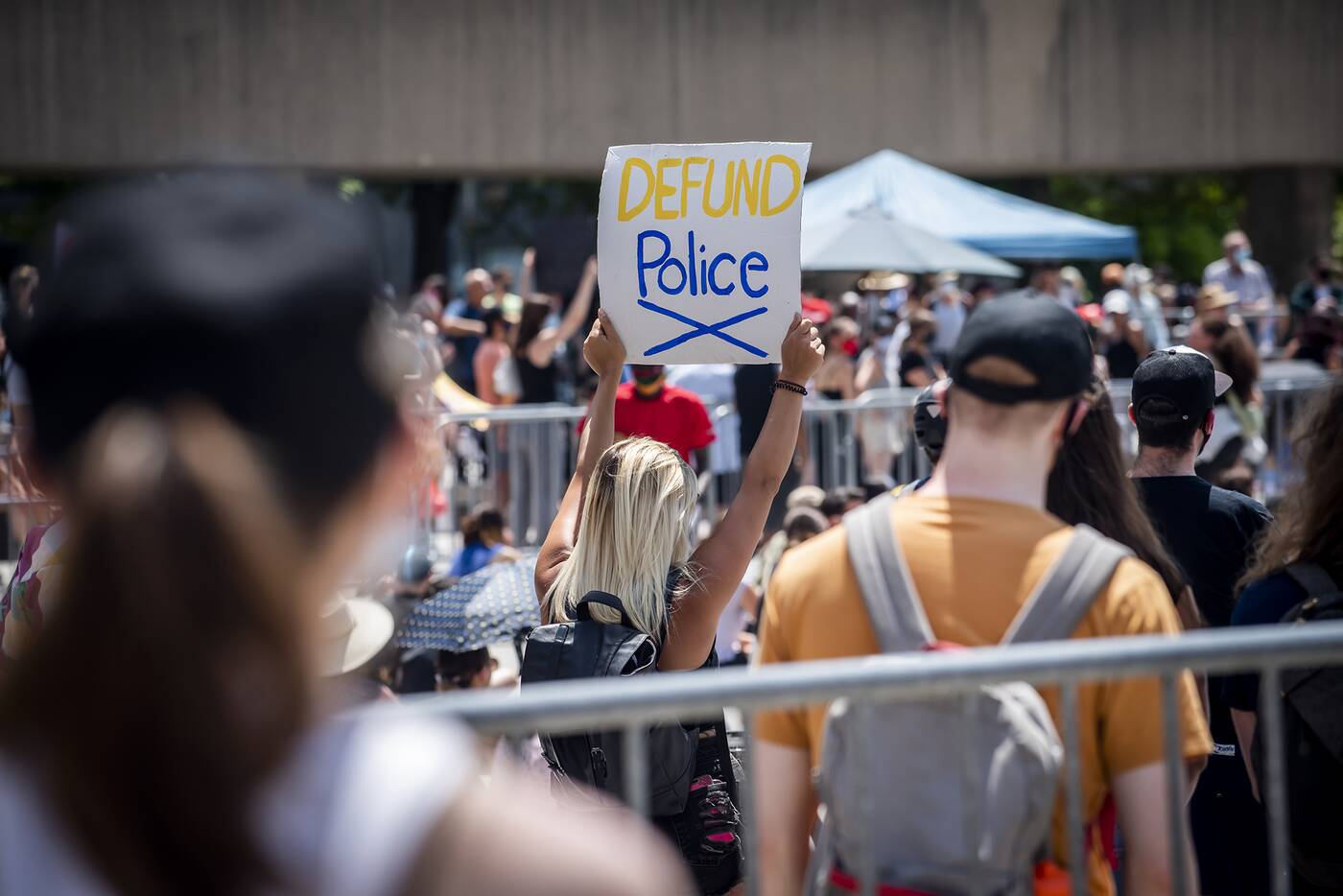 The entire event was also interpreted through ASL, which was also live-streamed. 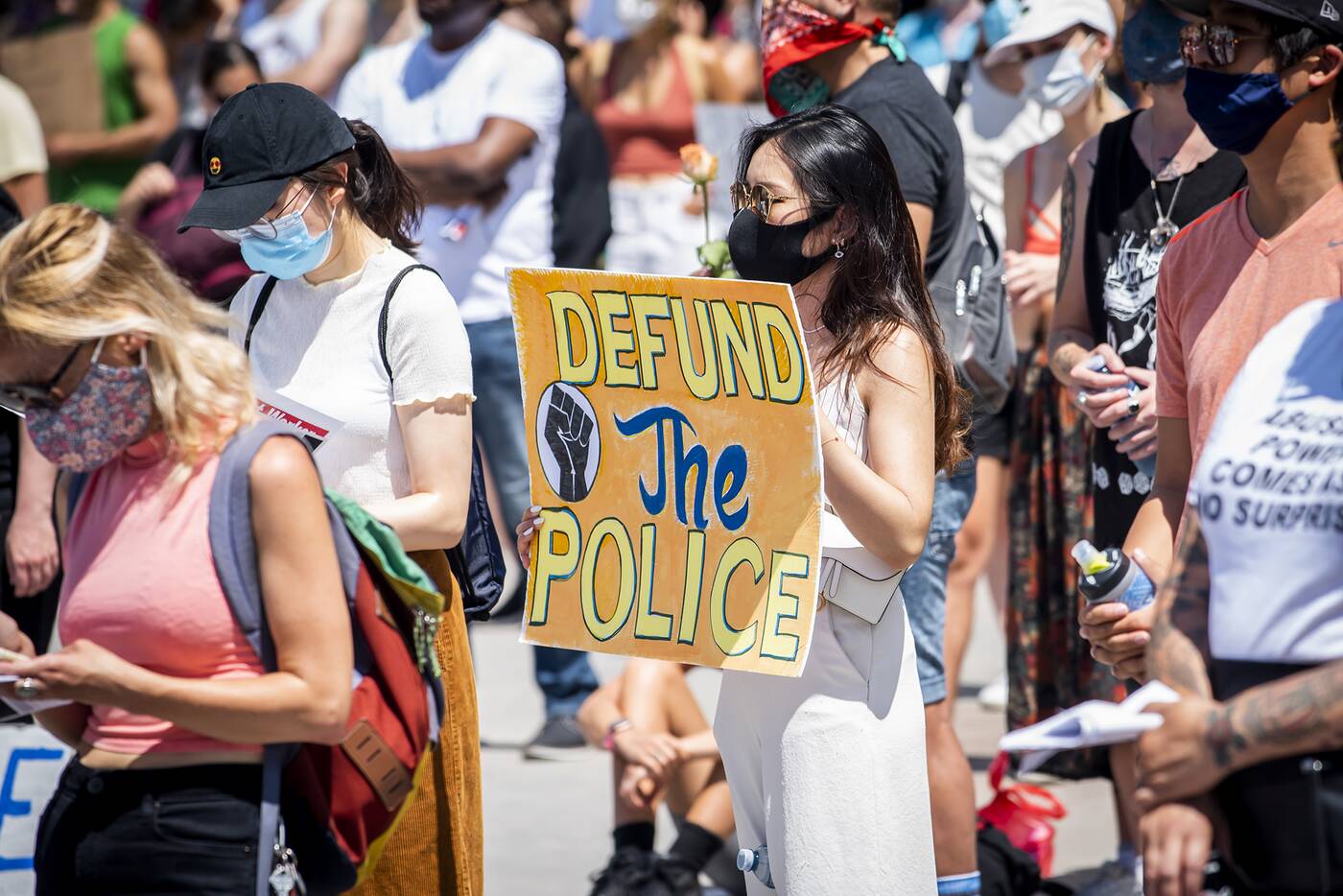 The occasional troll attempted to disrupt the rally, but ultimately didn't make much of a dent in the overall inspiring atmosphere. 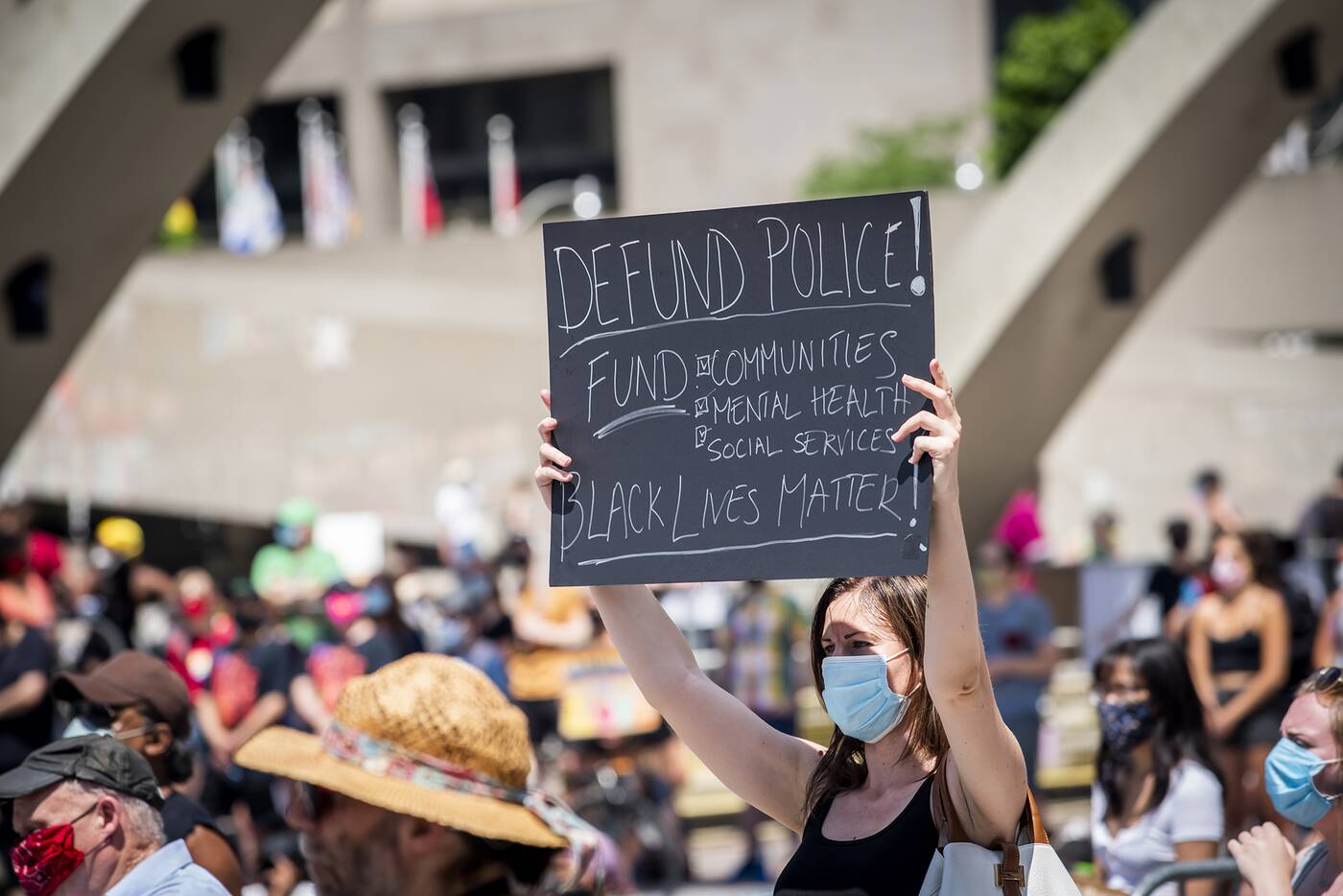 Also during the rally, a giant tarp with the word "Tkaronto", the original indigenous name for the area where the city now stands, was held over the Toronto Sign.

A big tarp on which is written "Tkaronto" has just been unrolled to cover the famous sign of the city of Toronto. #torontoprotest #PeacefulProtest #Toronto #DefundPolice pic.twitter.com/V4UXmI0wys

There were many co-sponsors for the event, including Black Lives Matter, Not Another Black Life, Blockorama, Blackness YES, Queer Ontario and No More Silence. 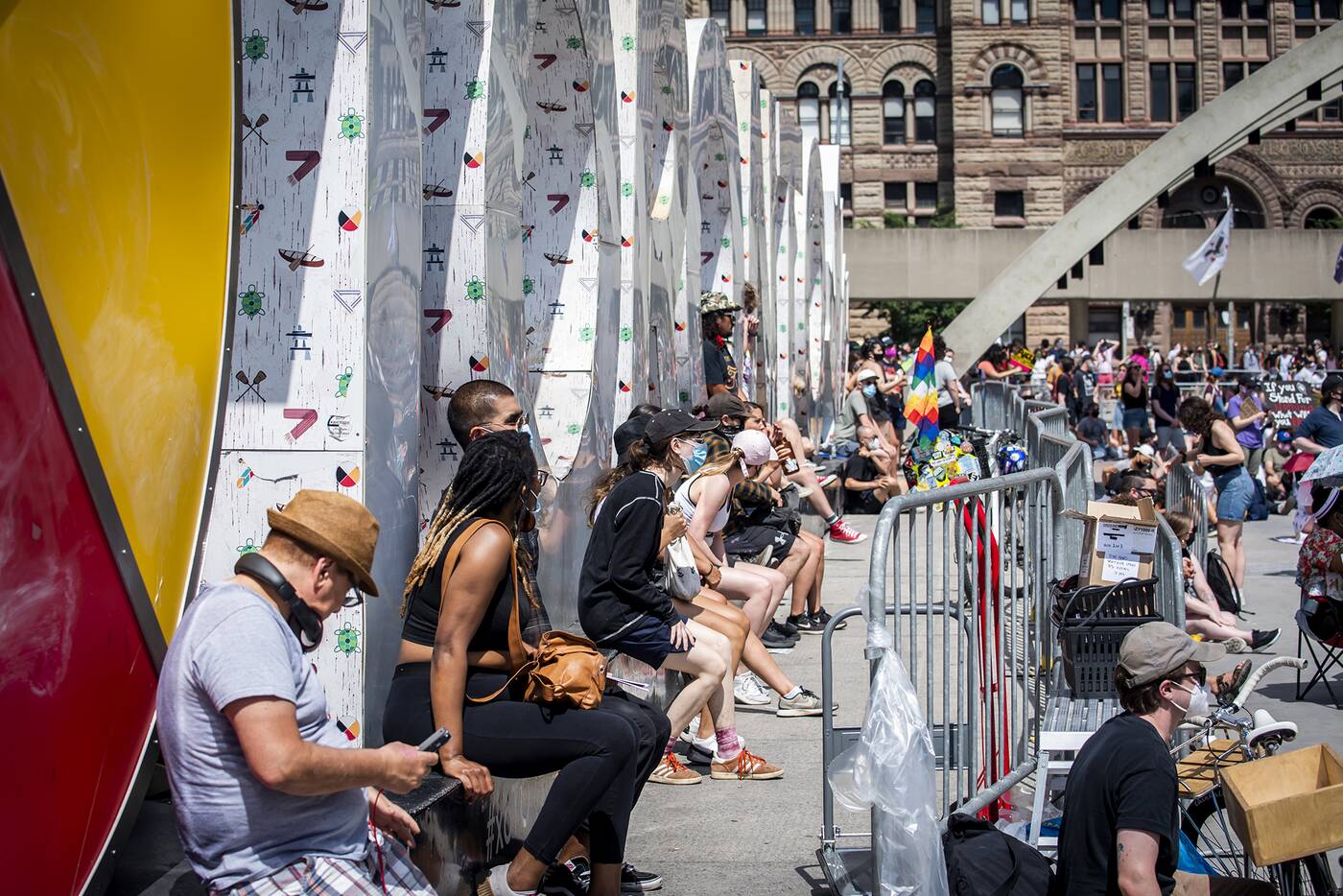 If you didn't attend the rally in person, you can still support NPPC by reading and signing their list of demands.