Protesters have occupied Nathan Phillips Square in Toronto with tents

A crowd of tents is growing outside of Toronto's City Hall as protestors occupy Nathan Phillips Square for the sixth day in a row. 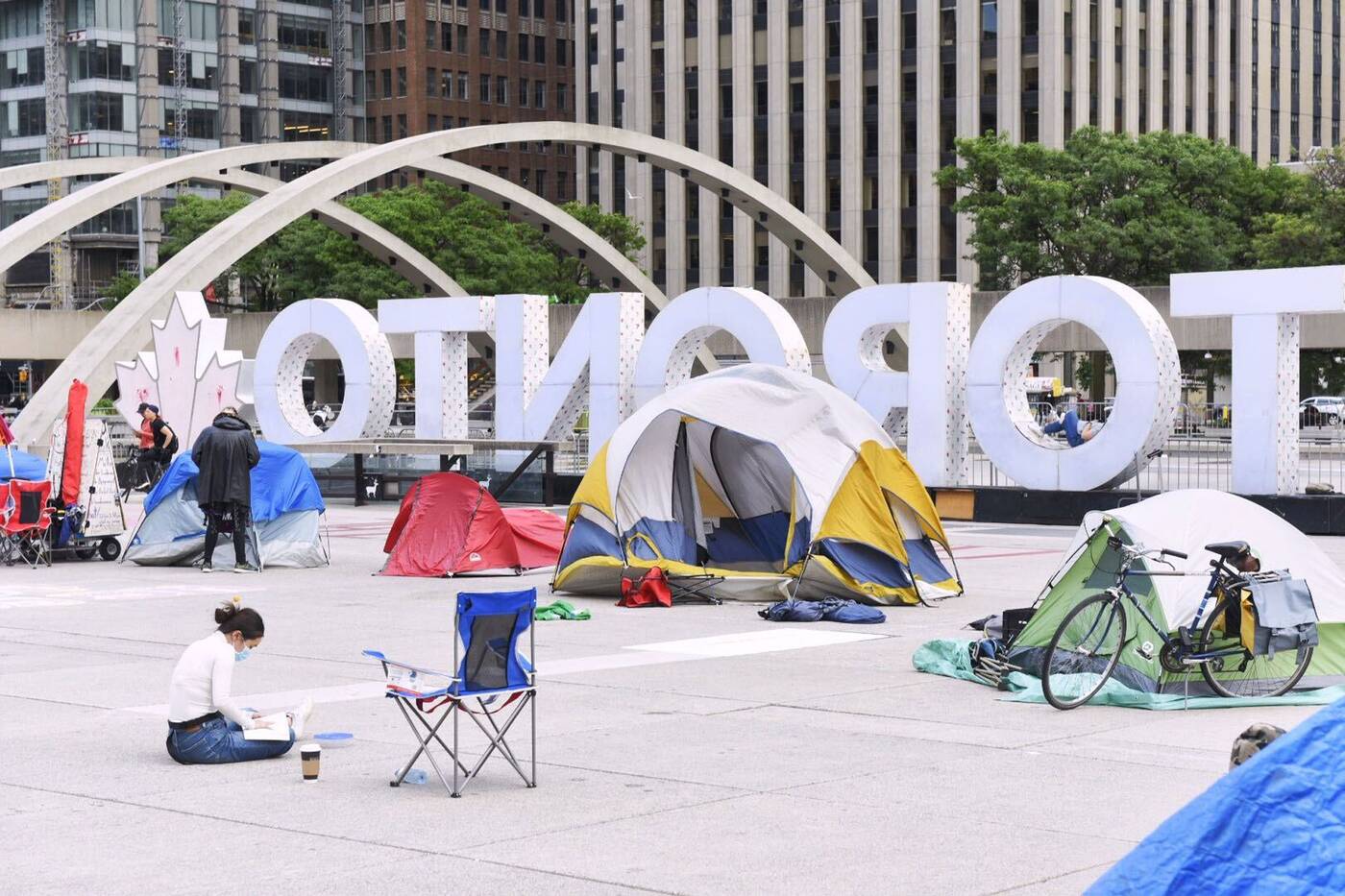 Around 30 tents have since filled up the space between the skating rink and the front doors of City Hall as the sit-in participants call for police abolition.

AIR 's demands include the end to anti-Black racism and police brutality, and the end to violence against Indigenous communities.

Dozens of signs now surround the barricades around the square's main stage.

Some hang in support of Black Lives Matter, while others honour the disproportionate number Indigenous people who have been killed by police and RCMP, especially the missing and murdered Indigenous women and girls. 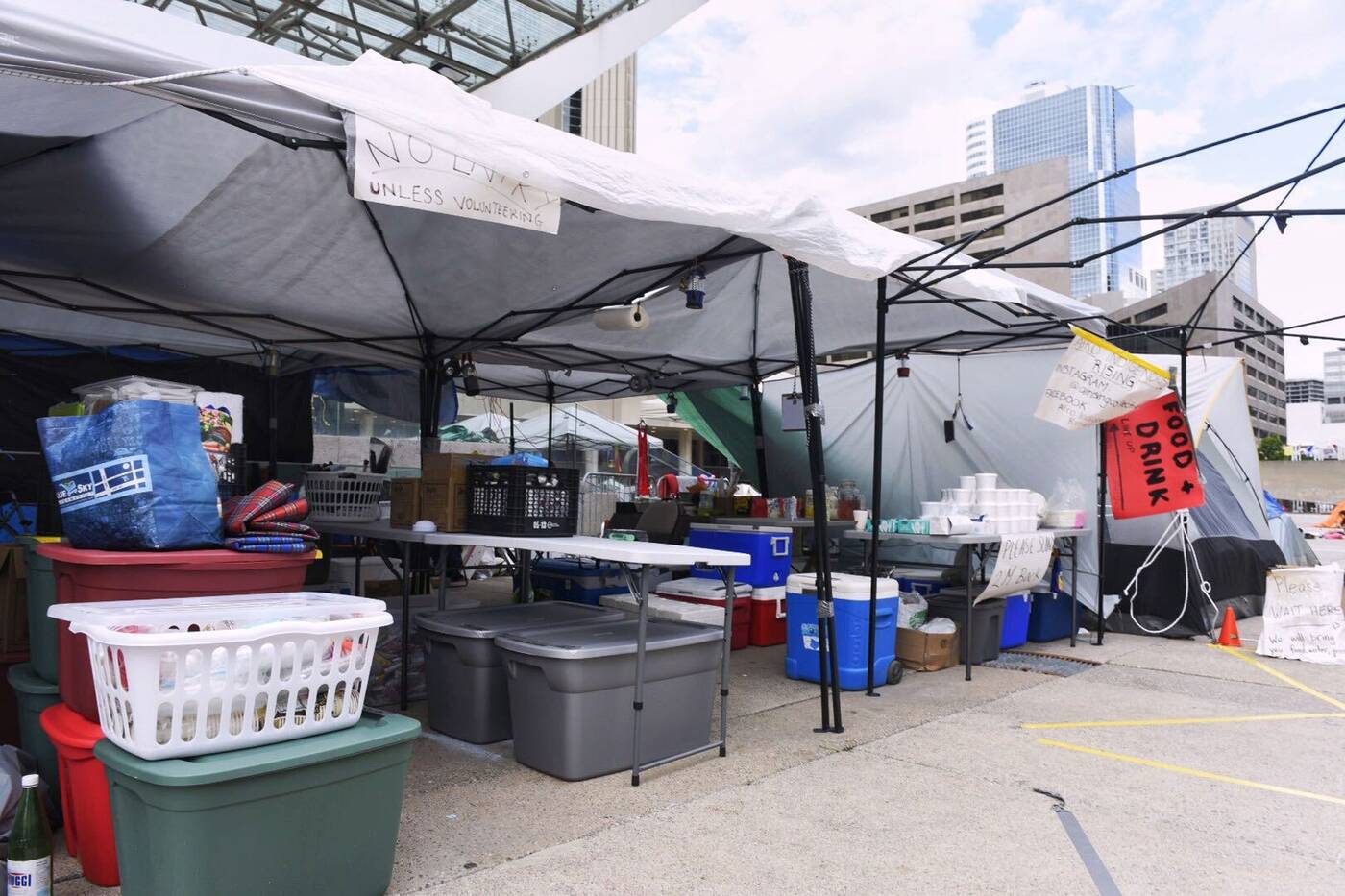 Over the past few days, participants have seen traditional drumming and singing from Indigenous and Black communities.

Organizers have been calling for donations of food, snacks, water, tents, and PPE, which can be brought to the white medic tent. They're also calling on people to join the sit-in. Those participating in the occupation are being provided PPE.

There's also been a call for volunteers who are trained in de-escalation, marshalling, or have mental health training. 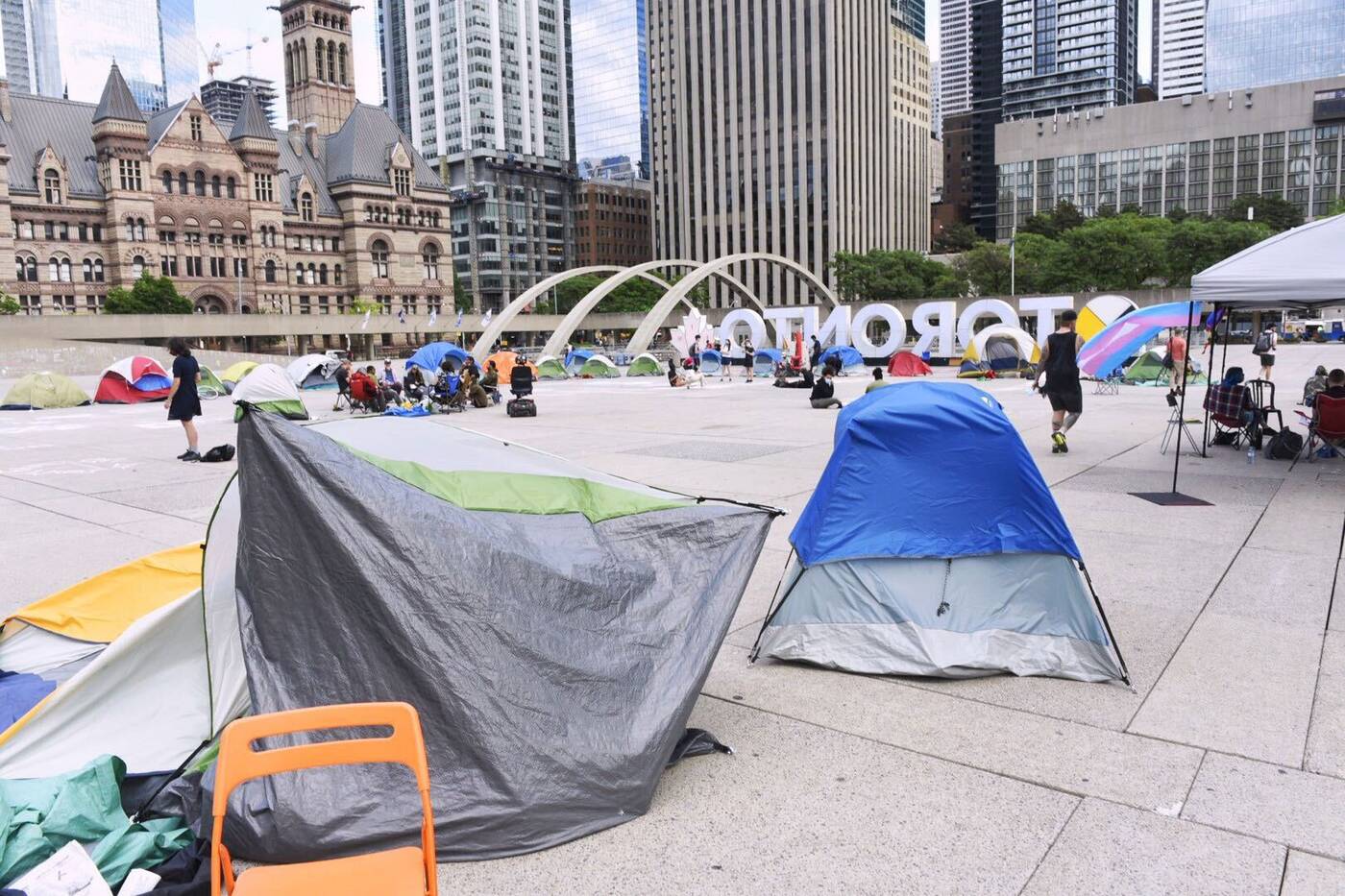 AIR has raised over $28,000 of its $40K goal on GoFundMe to support the occupation. The collective says that any additional funds will go toward community initiatives like bail funds, rent relief, and support for the Afro, Indigenous and LGBTQ+ community.

AIR's demands echo those of other protests which have taken place in Toronto — and globally over the last few weeks — calling for governments to defund or outright abolish the police.