Thousands of people gathered outside Toronto Police headquarters on Friday in an unprecedented sit-in — organized by Not Another Black Life in support of the Black Lives Matter movement. 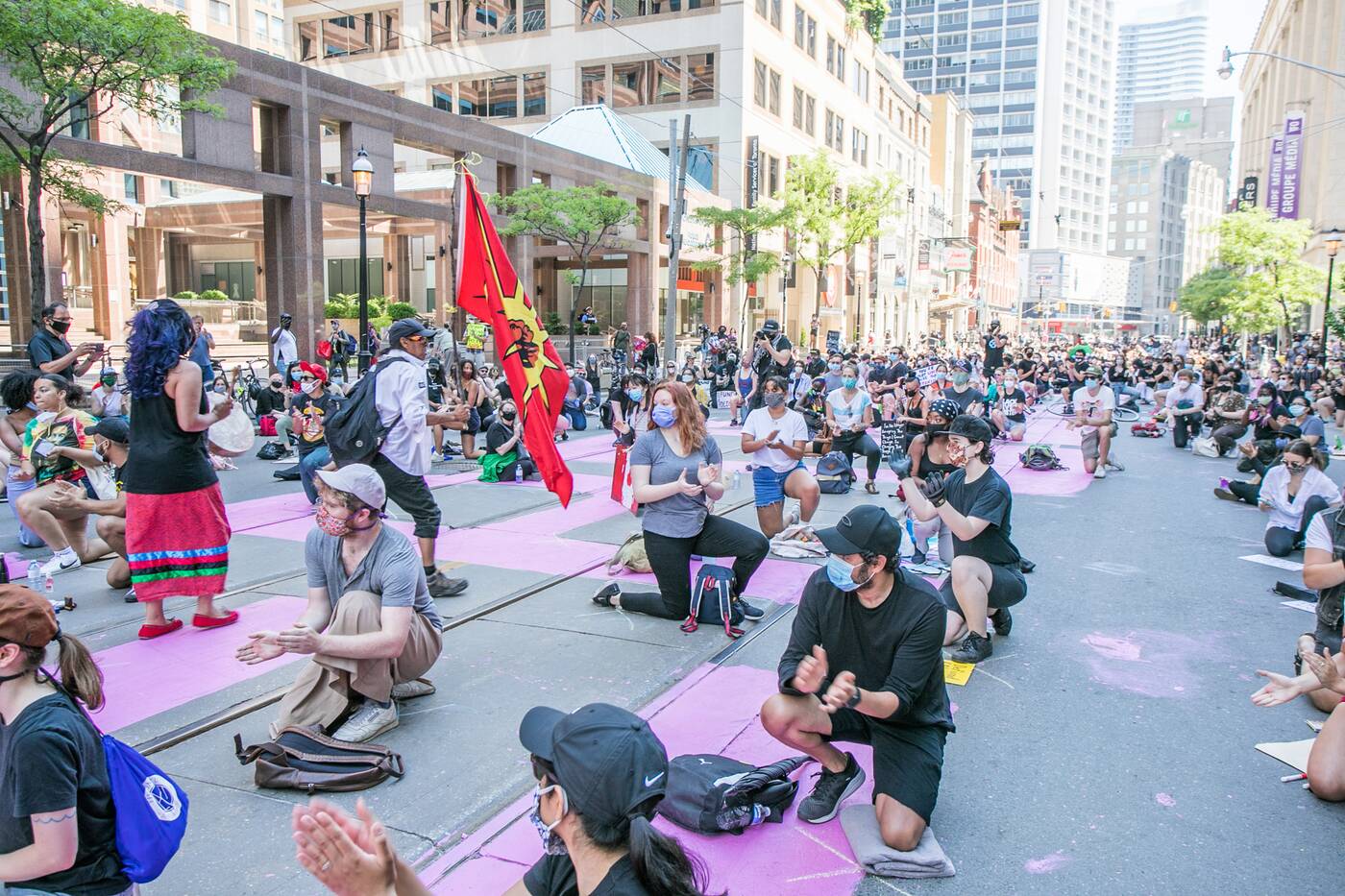 College Street between Bay and Yonge was completely blocked off by protestors who occupied the intersection by sitting peacefully as an act of solidarity with Black and Indigenous communities, calling for the defunding of Toronto's police force. 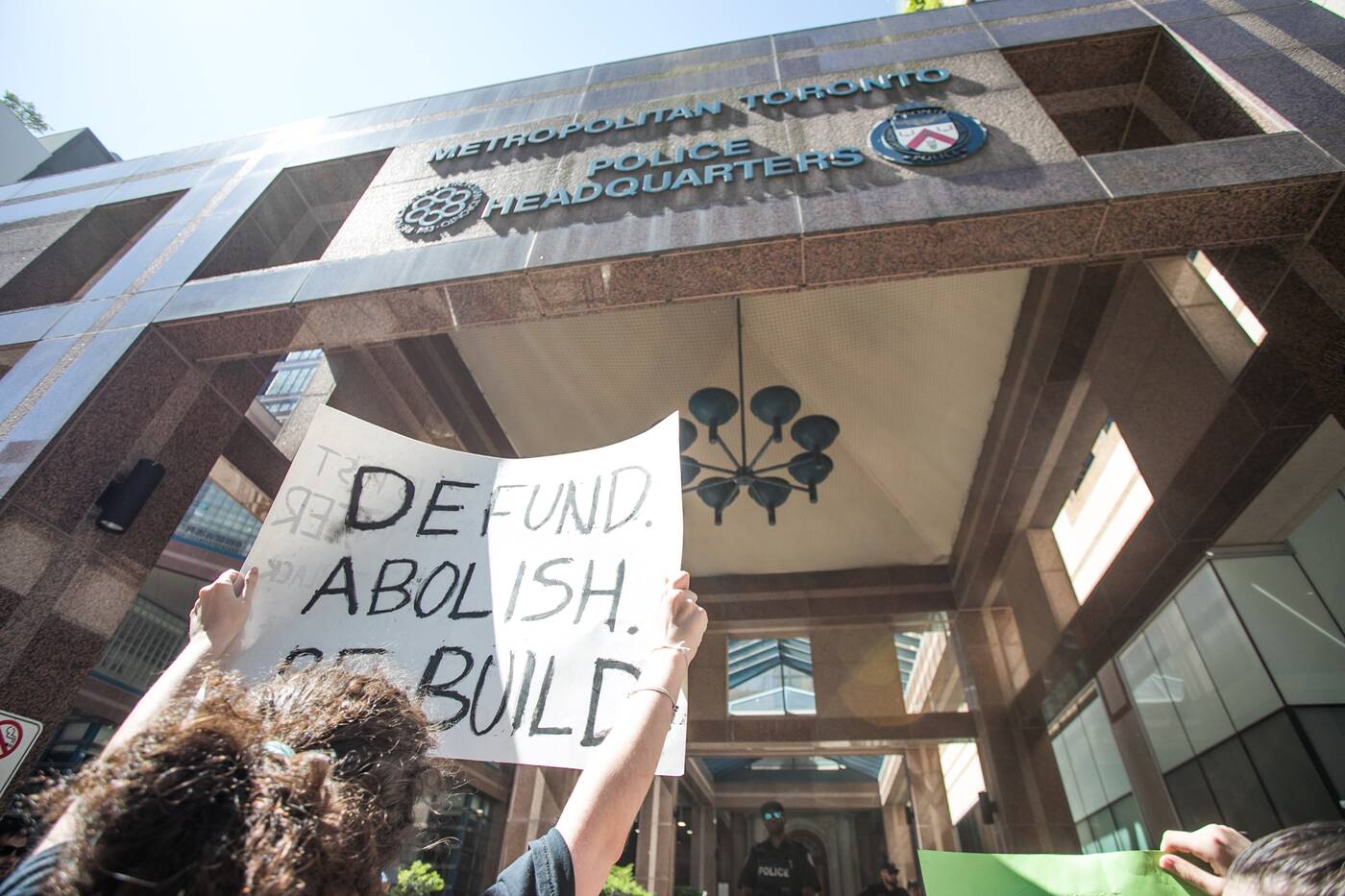 As of this morning, the street in front of Toronto Police Service headquarters and the pavement of Nathan Phillips Square are painted with giant pink lettering calling for a defunding of the police, joining movements across North America demanding the same.

Toronto protestors are calling for a minimum of 50 per cent cut from the Toronto Police's $1.1 billion budget, allocating those funds instead to "Black, Indigenous, racialized, impoverished, and other targeted communities." 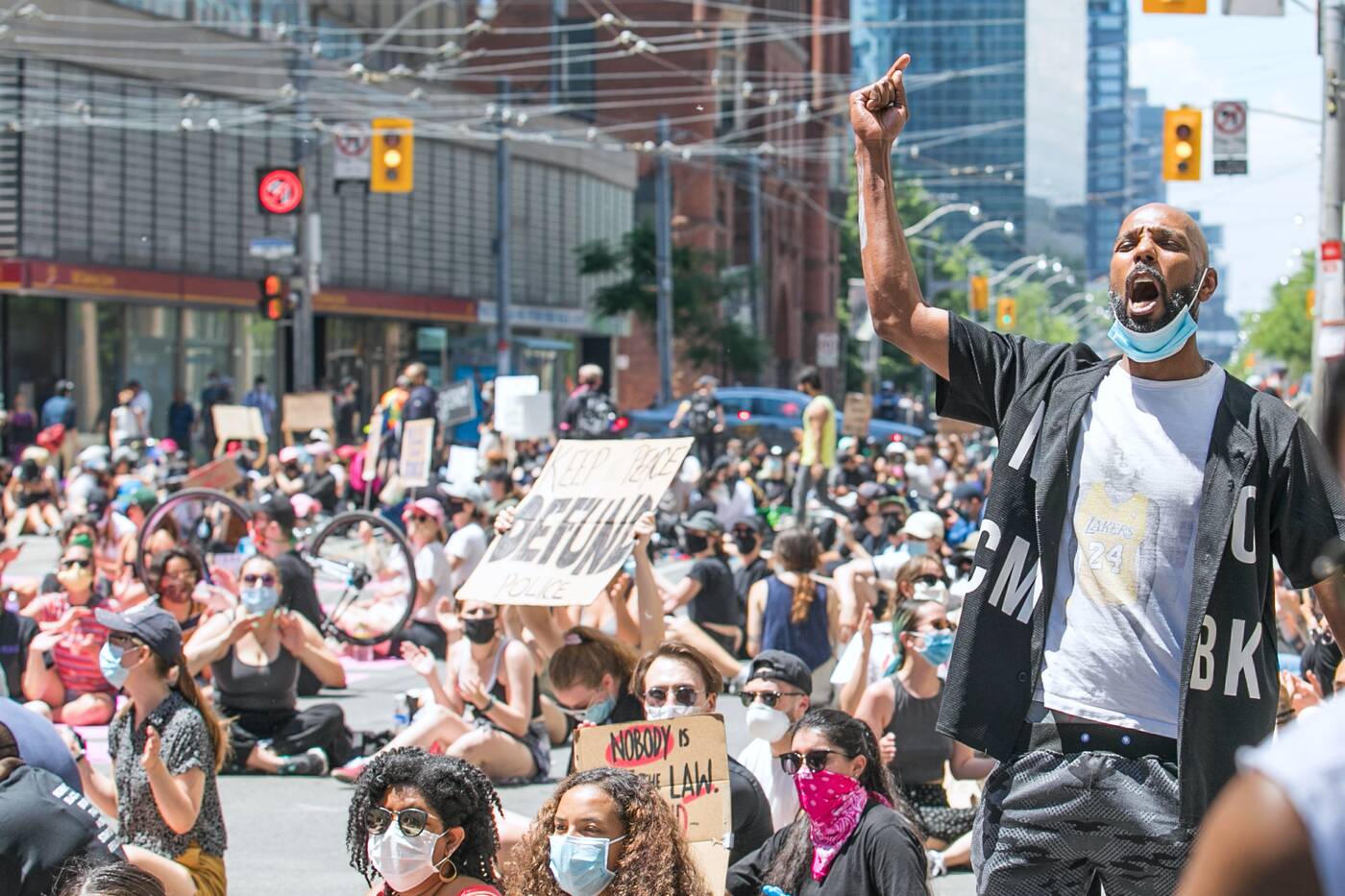 "Immediately we demand a redirect of a minimum of 50 per cent of the 1.1 billion TPS toward the communities that they have devastated," said Syrus Marcus Ware of Black Lives Matter Toronto in front of police headquarters this afternoon. 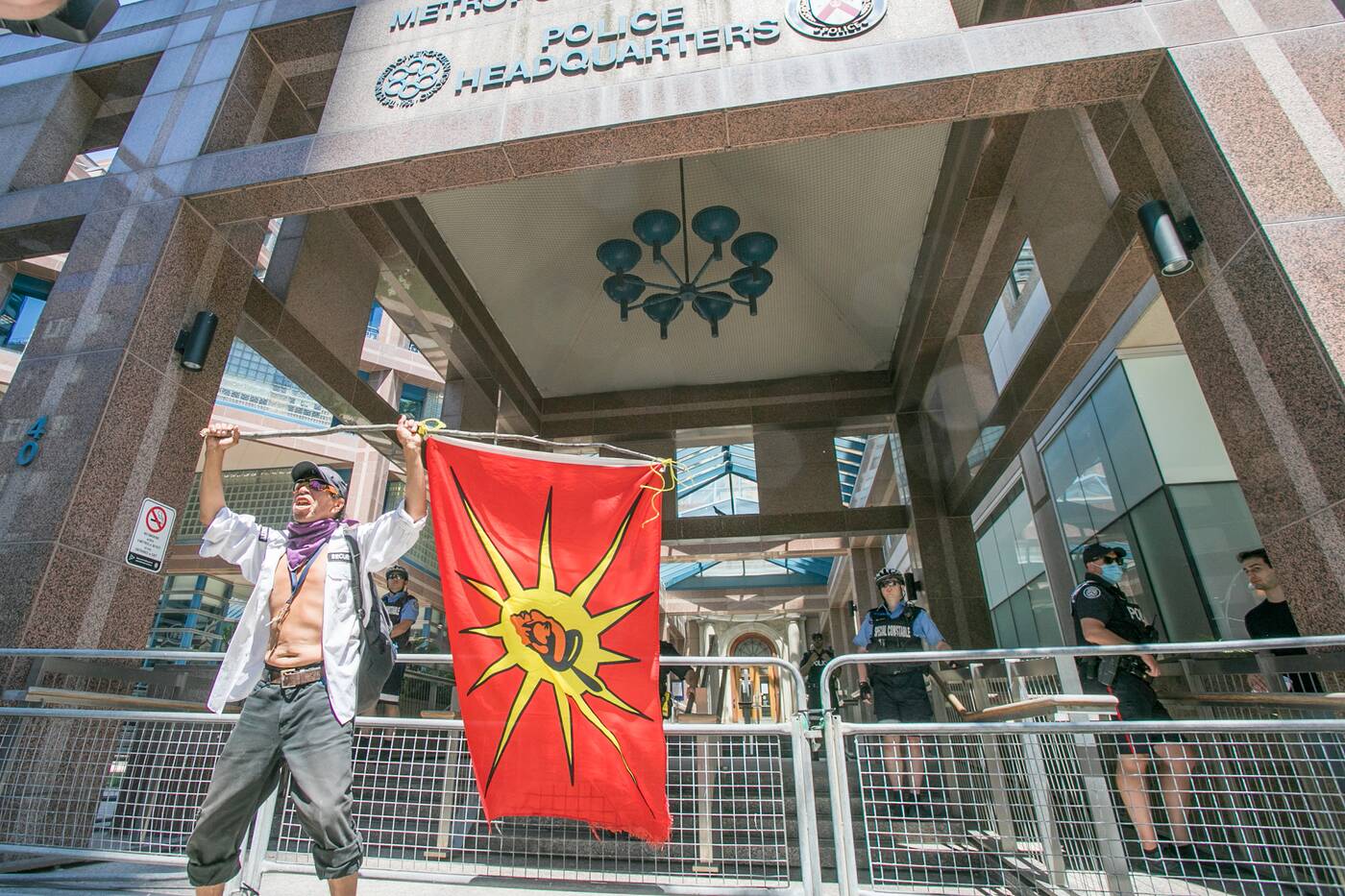 Protestors, the majority of whom were masked, were asked to sit at reasonable distances apart in order to adhere to health measures.

The sit-in coincided with a Toronto Police Board meeting that was originally slated to discuss anti-Black racism. That agenda was pushed back to August in a Special Board Meeting.

BREAKING: The Toronto Police services are NOT DISCUSSING ANTI-RACISM at the TPS Board meeting anymore. They are rescheduling Agenda 3 “Recommendations for the board related to current events” SILENCING members of the public, ARAP & MHAAP till July ->August! This is suppression!📣 pic.twitter.com/HcOCrPiZGz

The Toronto Police also announced that they will be holding a public forum the week of July 6 to "hear directly from the public on issues related to police accountability, reform, and community safety priorities." 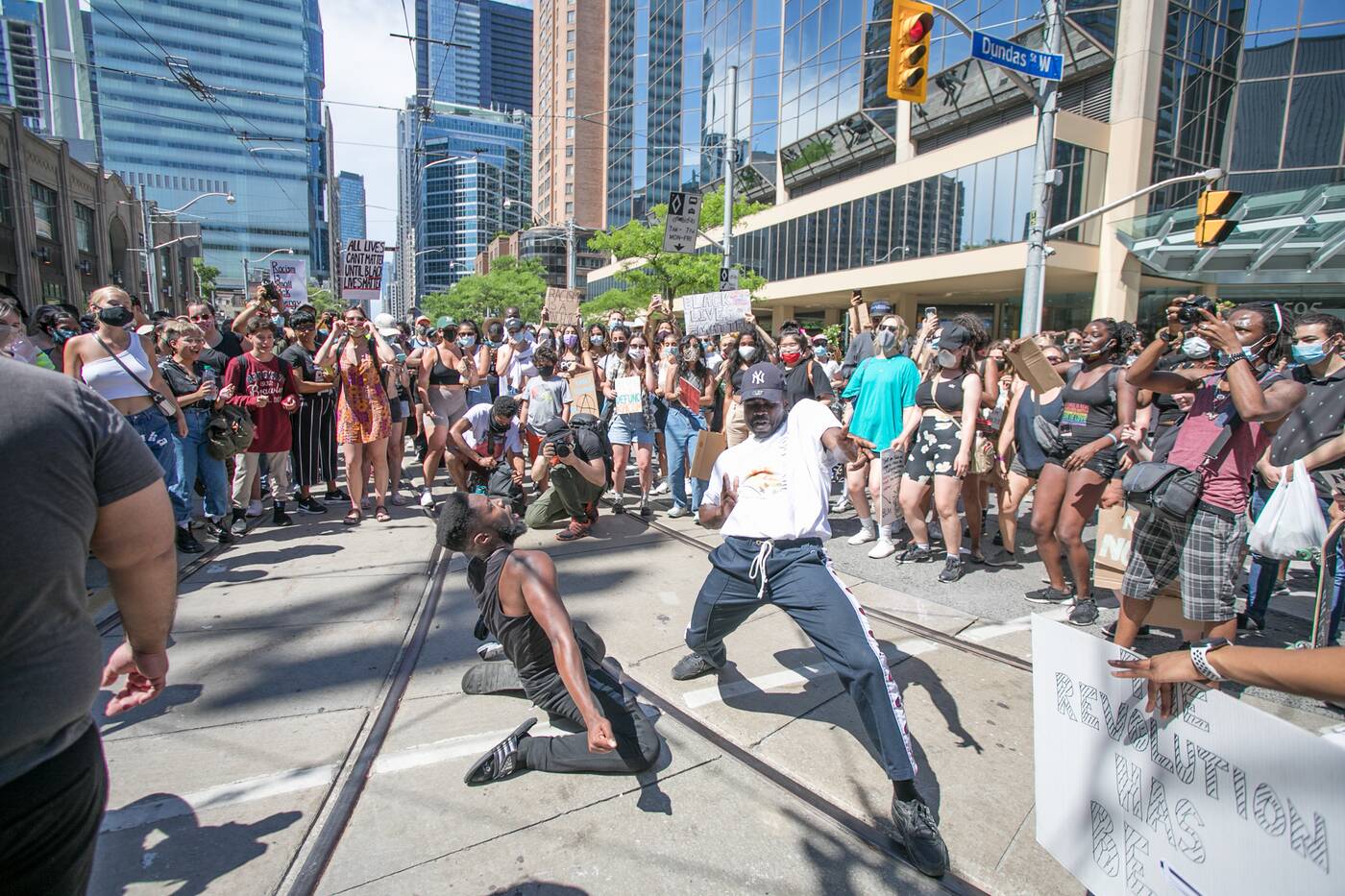 Todays' protest also occurs on Juneteenth, which celebrates the emancipation of African Americans from slavery in Texas: the last state in the Confederacy to do so. 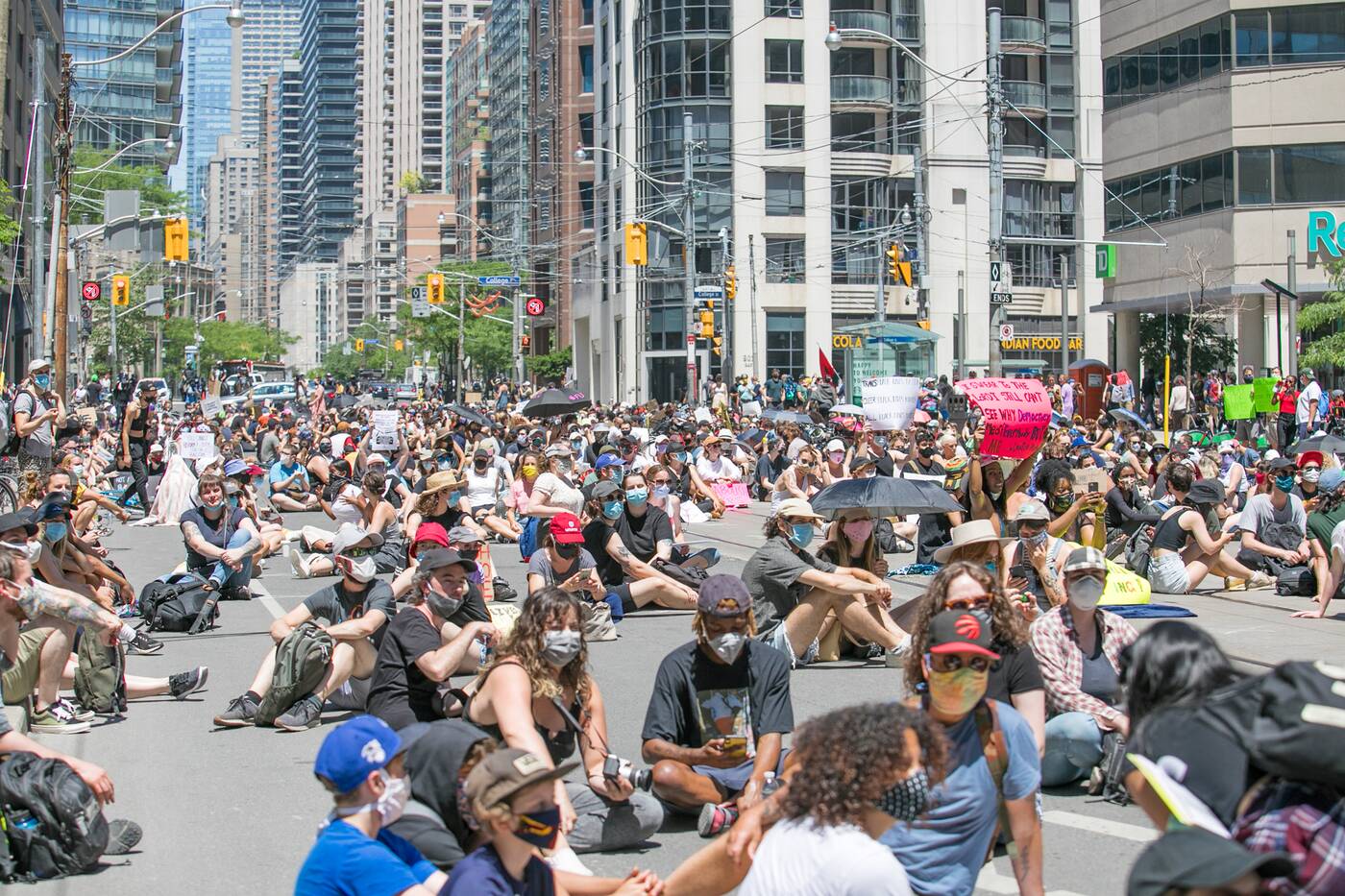 Over the course of six hours, the massive crowd slowly made its way down Bay toward City Hall. 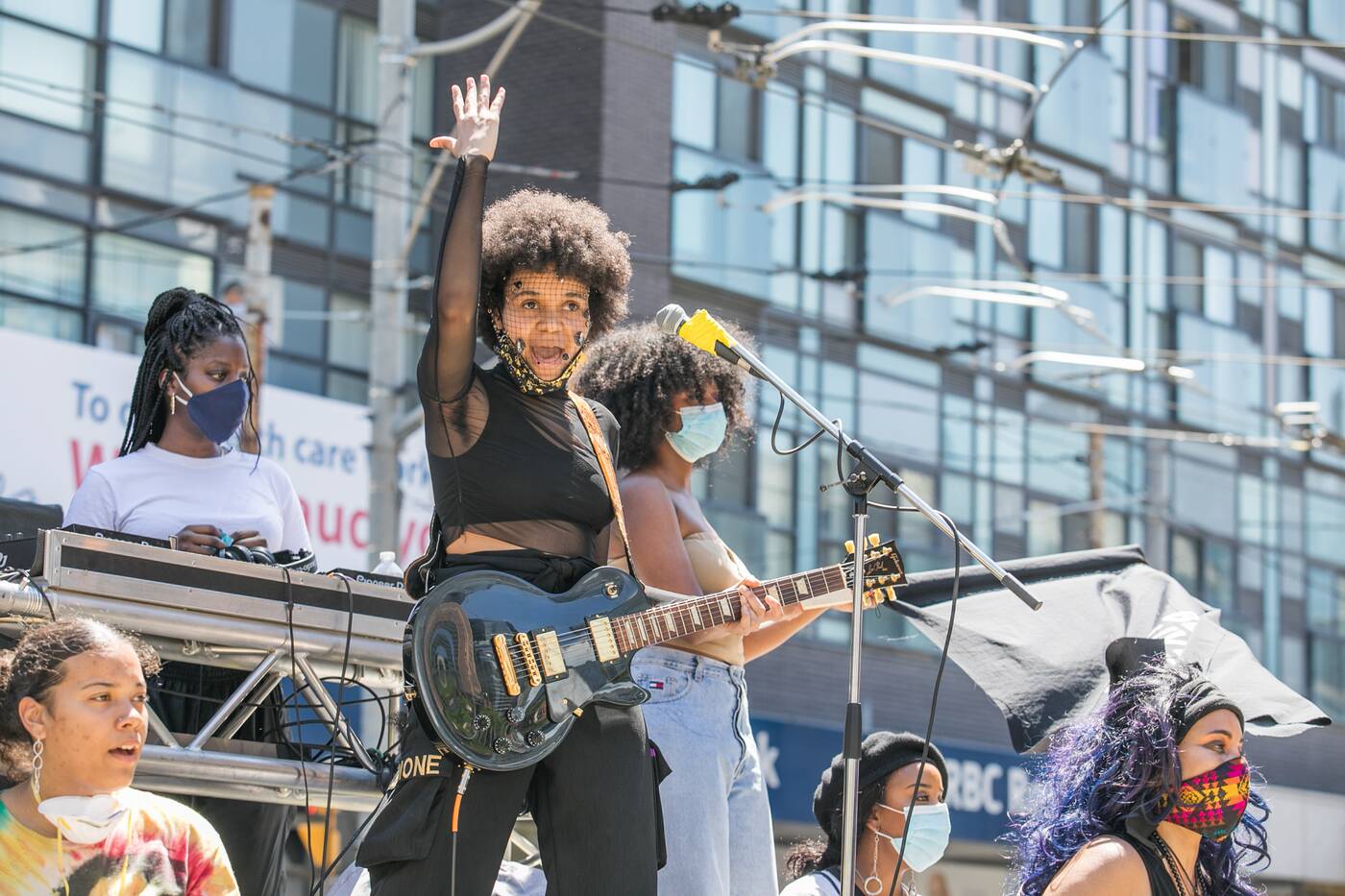 There were intermissions as protestors walked and sat during Thursday's heat wave, including performances and dance circles.