At long last, after months upon years of pushing back their opening date and freaking out early adopters who'd been suspecting they may never get to use their fancy gift certificates, the now-infamously delayed Thermëa Spa Village in Whitby is open for business.

"The spa village boasts an internationally inspired thermotherapy experience that was specifically created for our Canadian environment," announced the spa's operators on Wednesday. 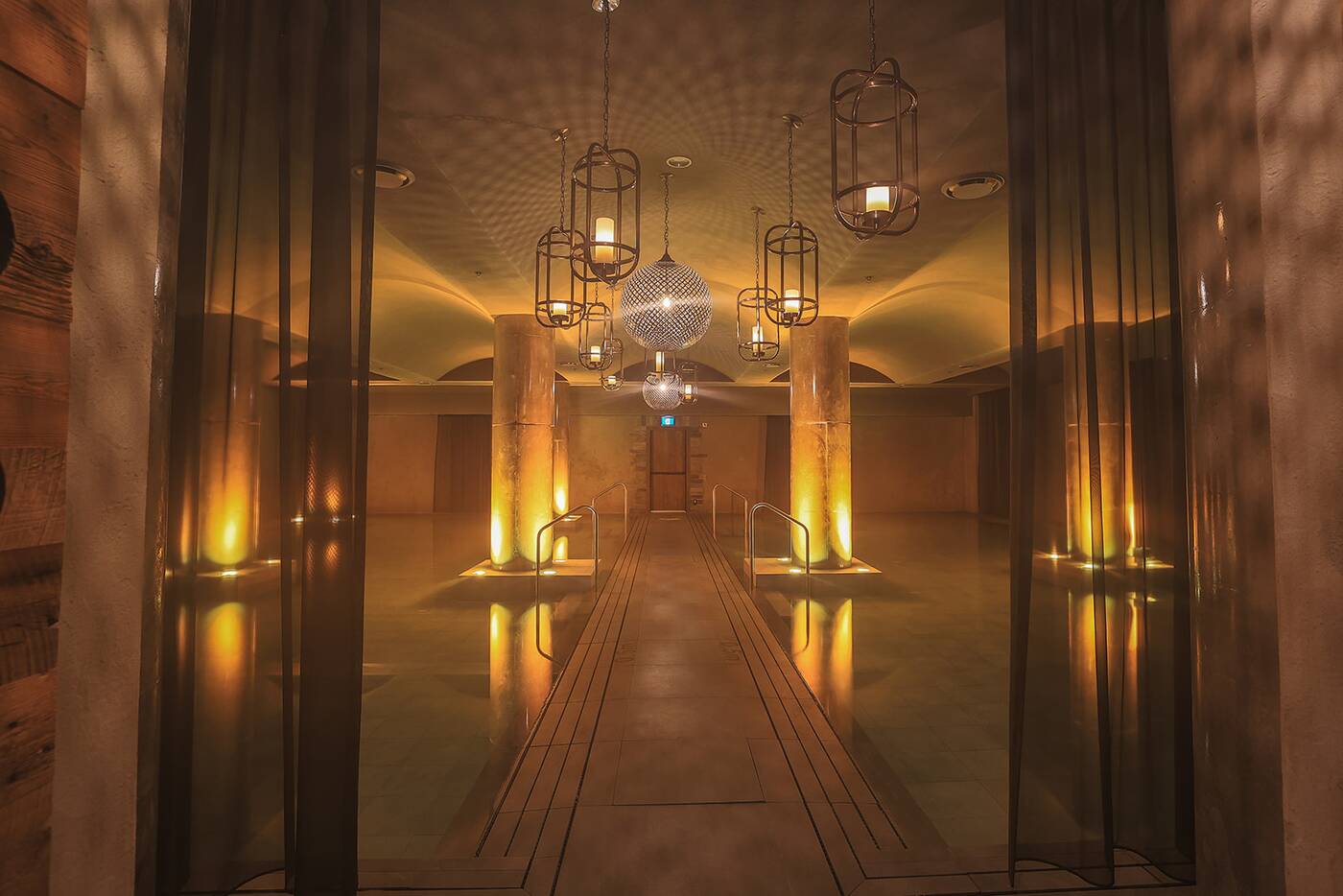 Groupe Nordik, which bills itself as "the creators of North America's largest spa and pioneers in the Canadian wellness industry," says that this new spa in Whitby is the company's third ever, and its first foray into the Ontario market.

"With over a decade in the making, this best-in-class spa village represents the largest spa investment ever made in Canada," notes the  firm.

"As the latest addition to Durham's revitalization, the facility will rank as not only the largest spa village of its kind in Ontario, but also as a major tourist destination in the Greater Toronto Area, easily accessible via highways 401, 407 and Go Transit." 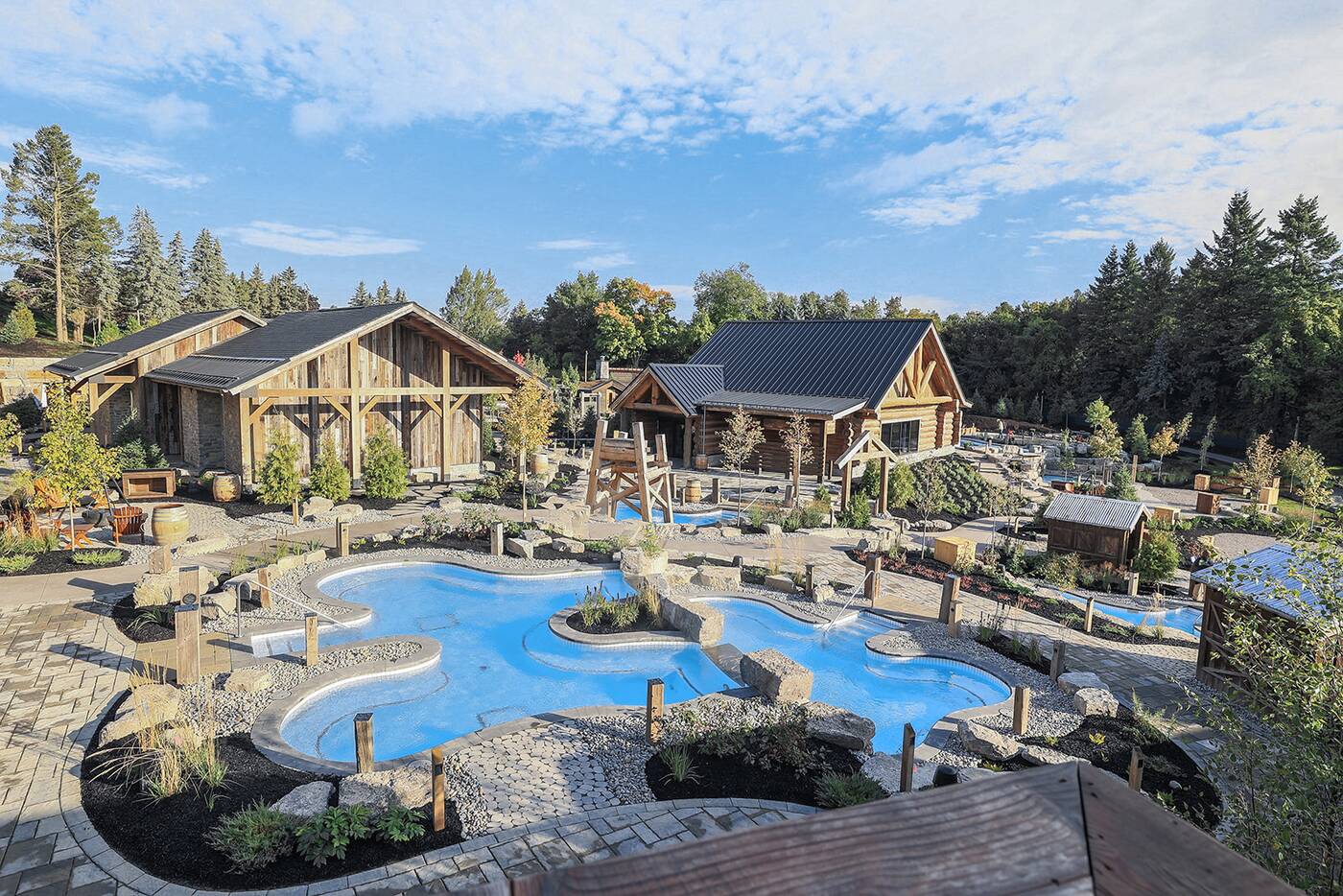 Photos sent along by the Groupe Nordik team of the actual built resort (as opposed to the renderings we've been seeing since Thermëa Whitby was first announced all the way back in 2020) illustrate just how cool this place will be.

First off, it features something called the Loggä — an "iconic log cabin designed sauna" with its own "one-of-a-kind amphitheatre interior design" that just so happens to be the largest sauna in Canada with capacity for more than 90 people at a time. 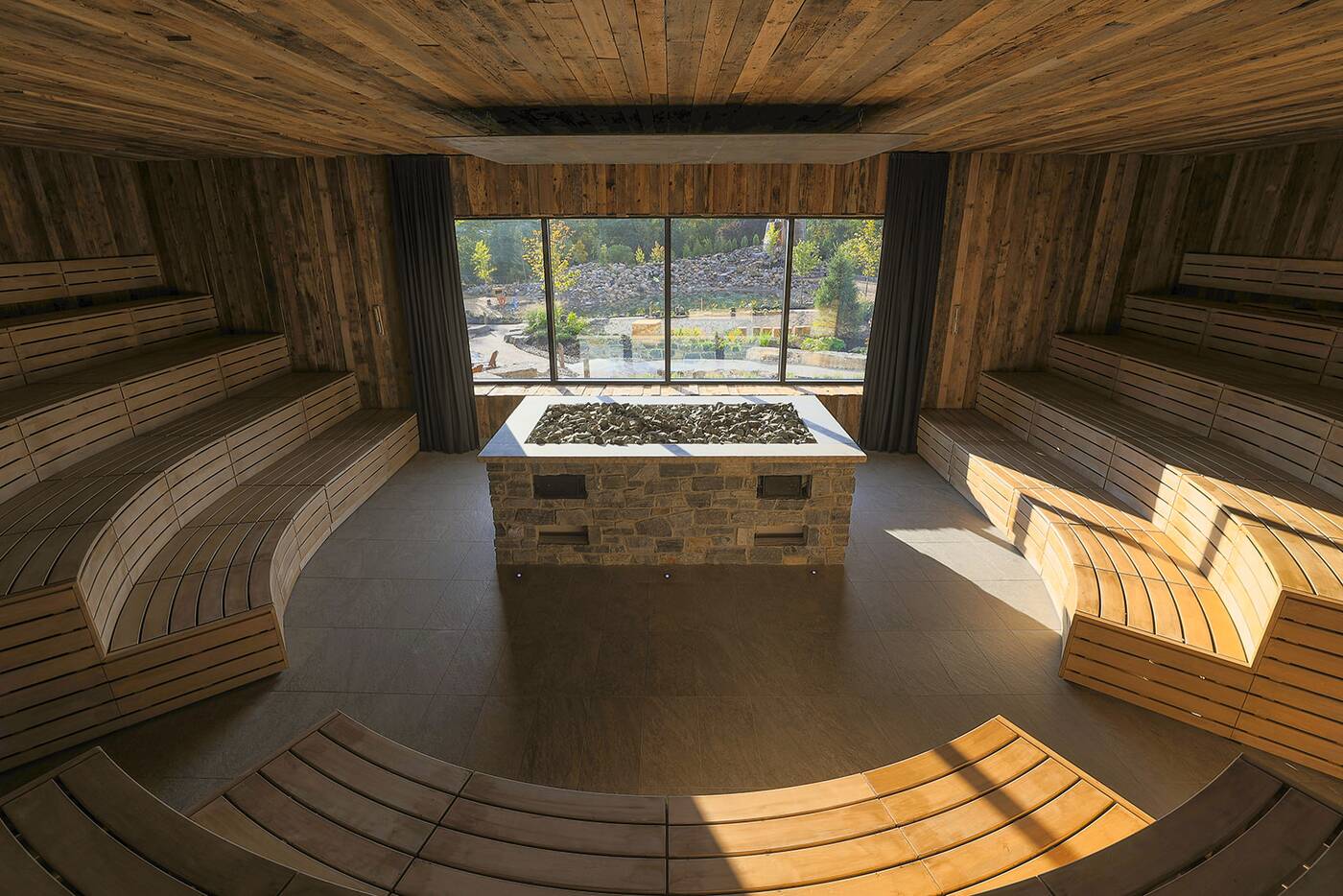 "The spa village incorporates innovative technology created in collaboration with an international team of experts, such as Fläm, a proprietary duo-energy driven sauna, as well as Kello, a sauna with a unique auto-infusion technology," notes Groupe Nordik. 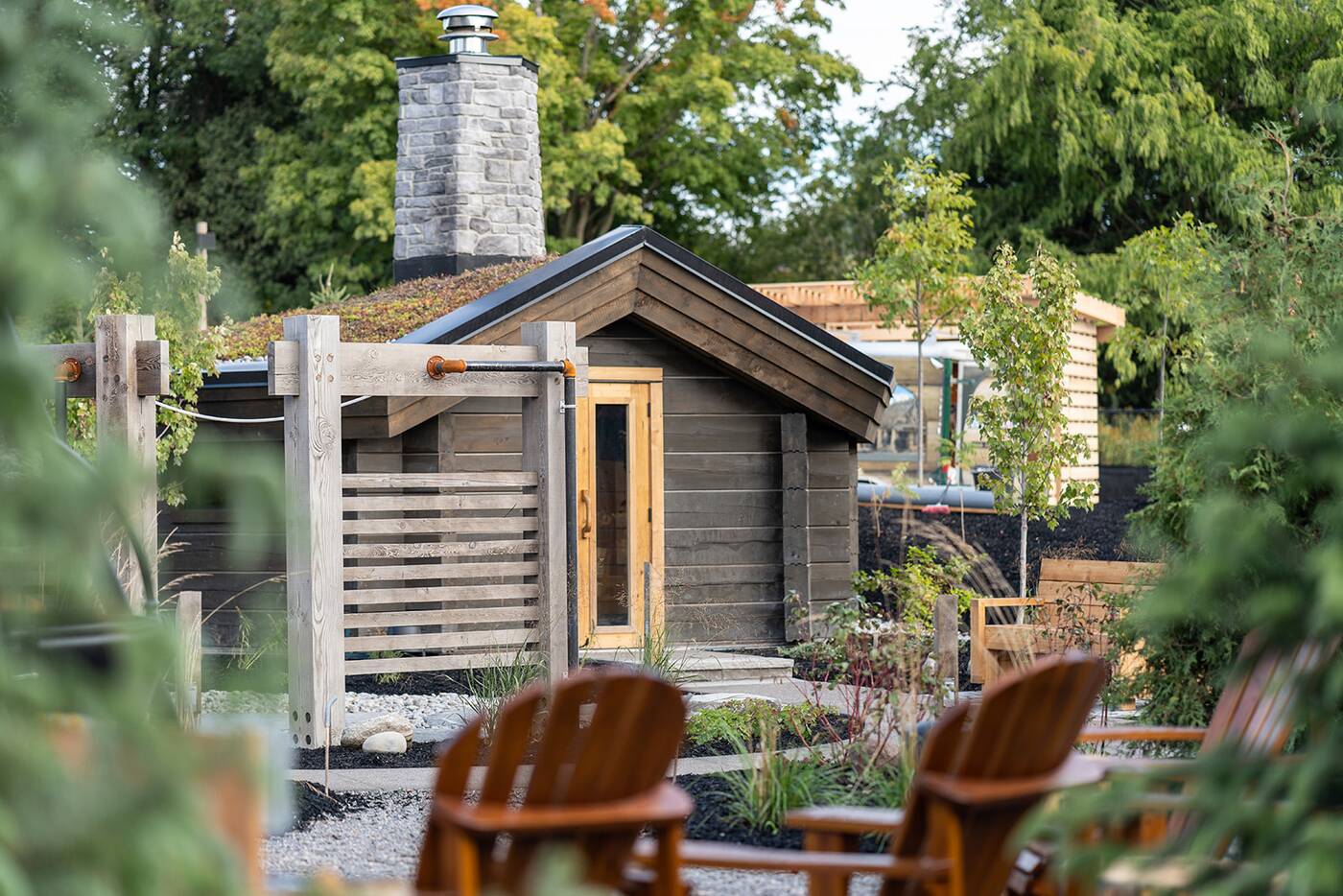 A statement water tower provides all the chilly tonic for cold plunge experiences, which are said to improve everything from immune systems to symptoms of depression. 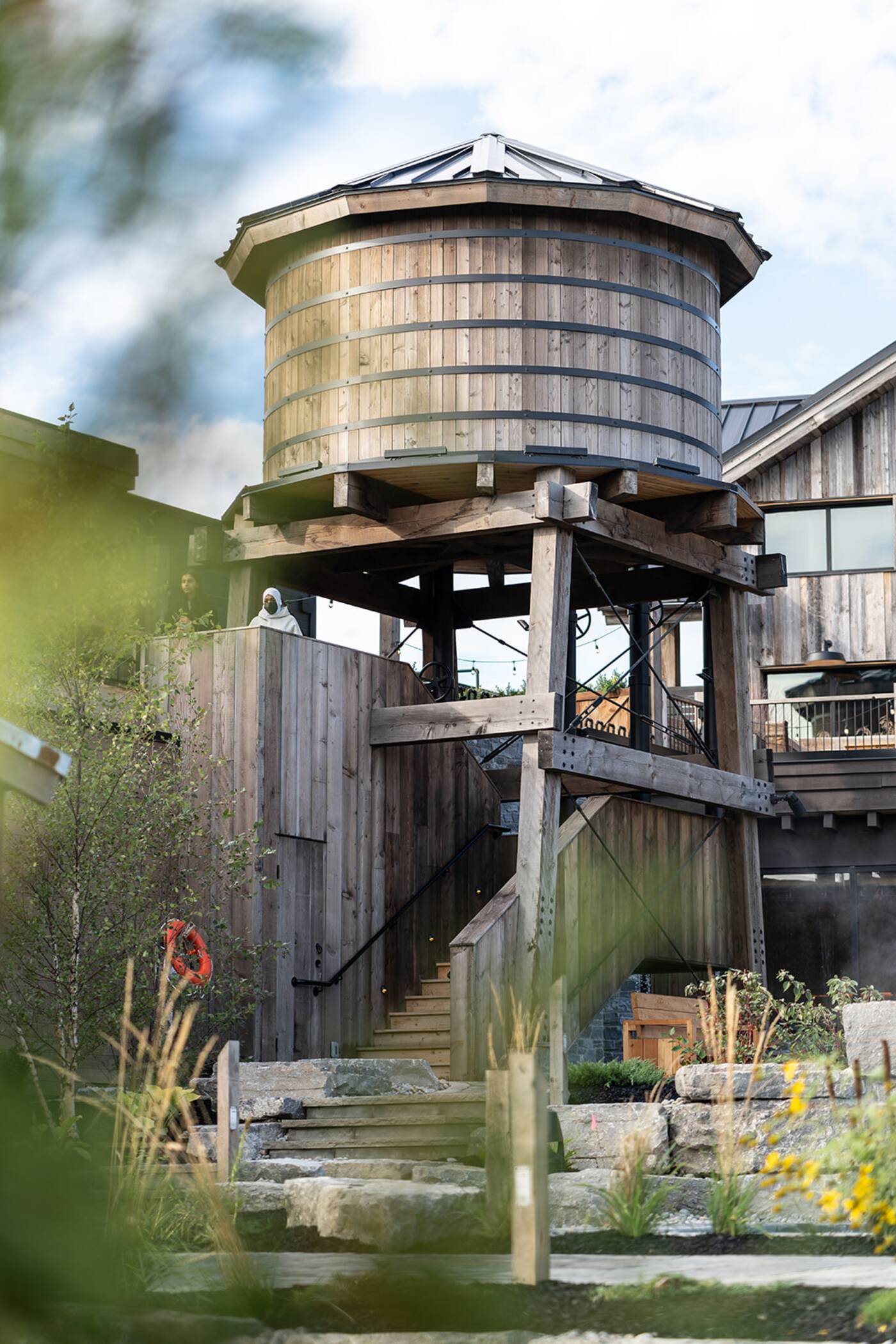 In total (on top of the multiple saunas,) the village has two steam rooms, seven baths and the largest saltwater floatation pool in North America (they call it Källa.) 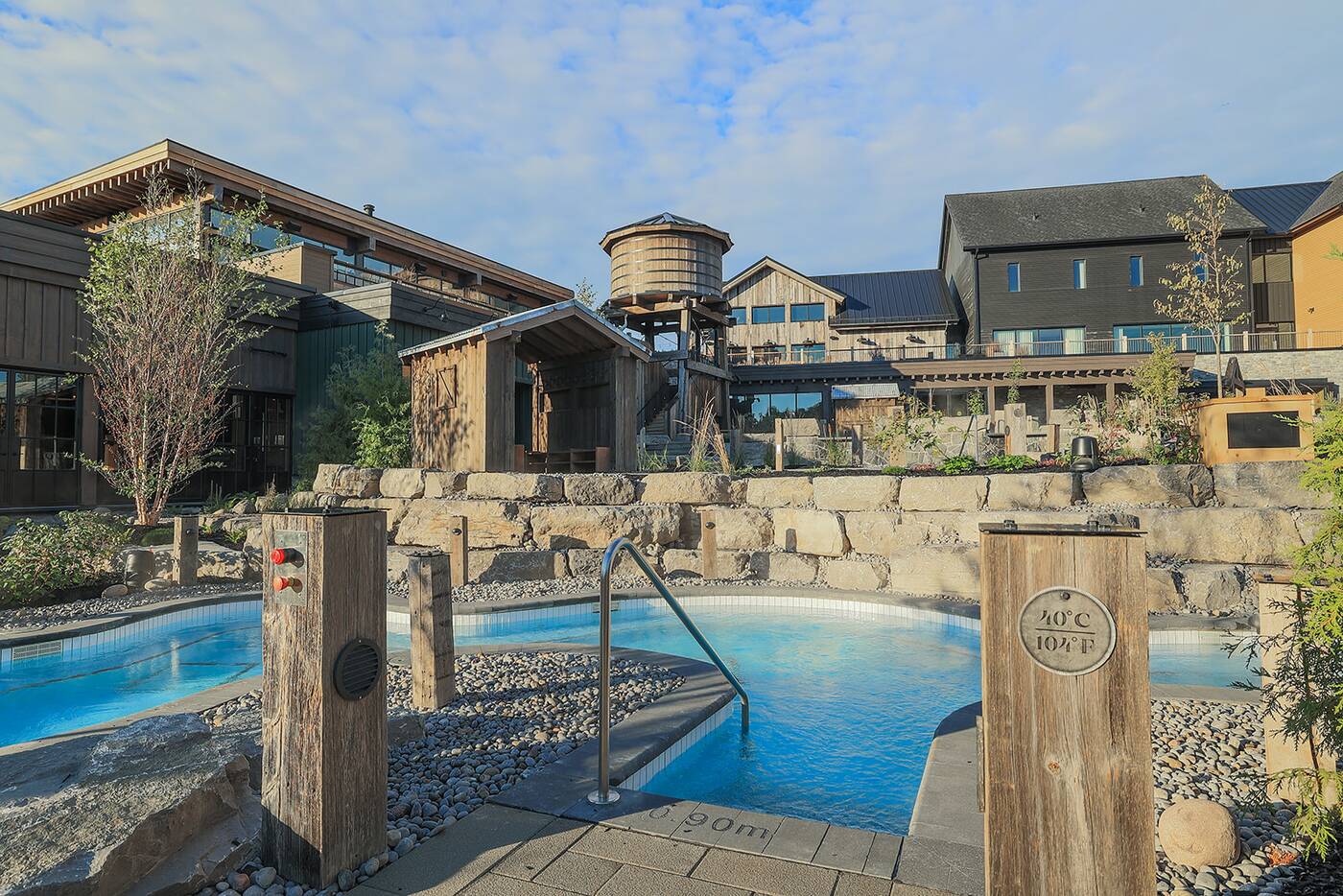 The interior relaxation and treatment spaces are just as impressive as the outdoor grounds – perfectly hygge in all the right ways with an upscale feel and high-tech amenities. 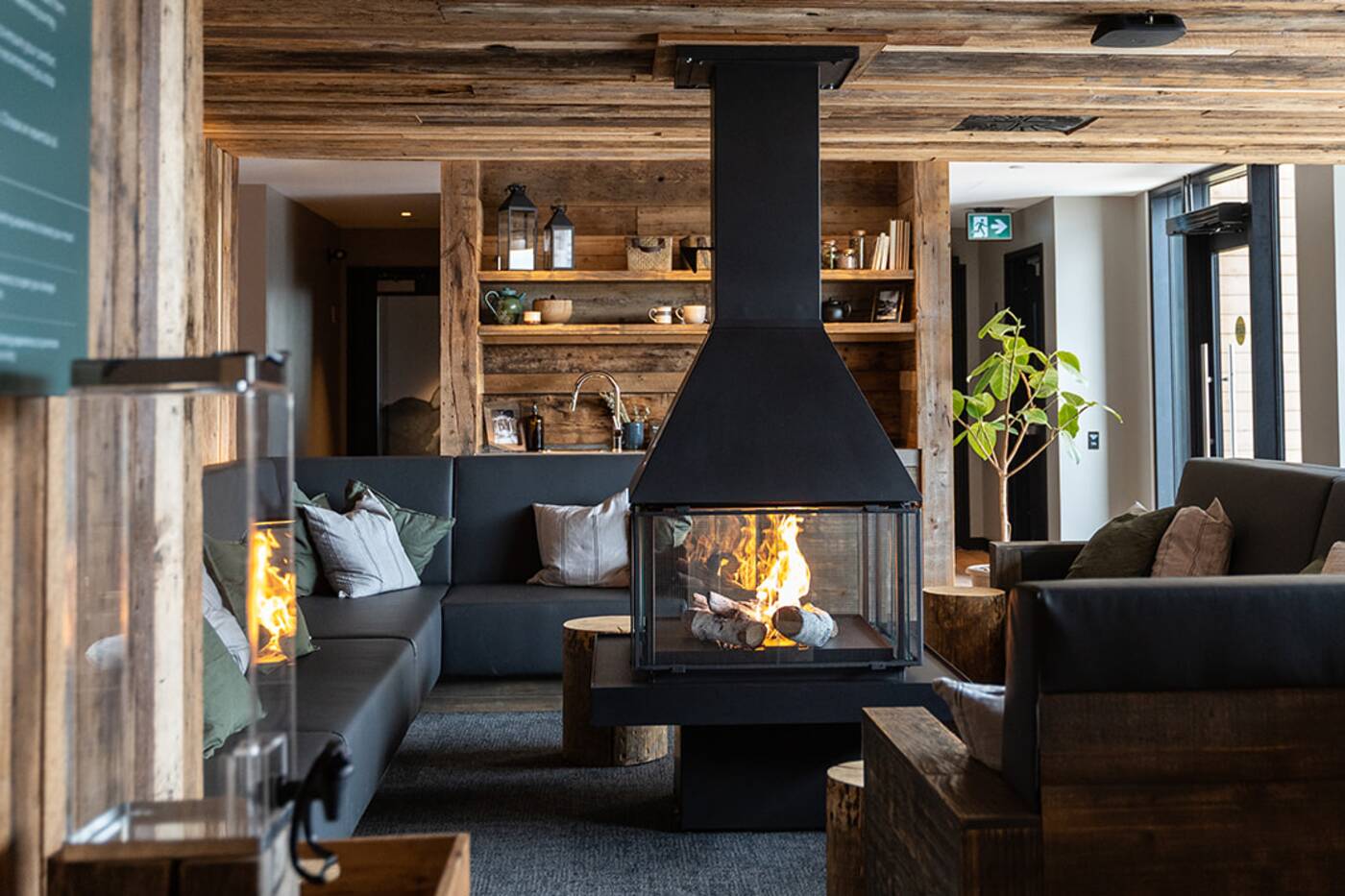 "Striving for excellence and unprecedented quality, the spa village sought to work with local suppliers to provide guests with unique local experiences." 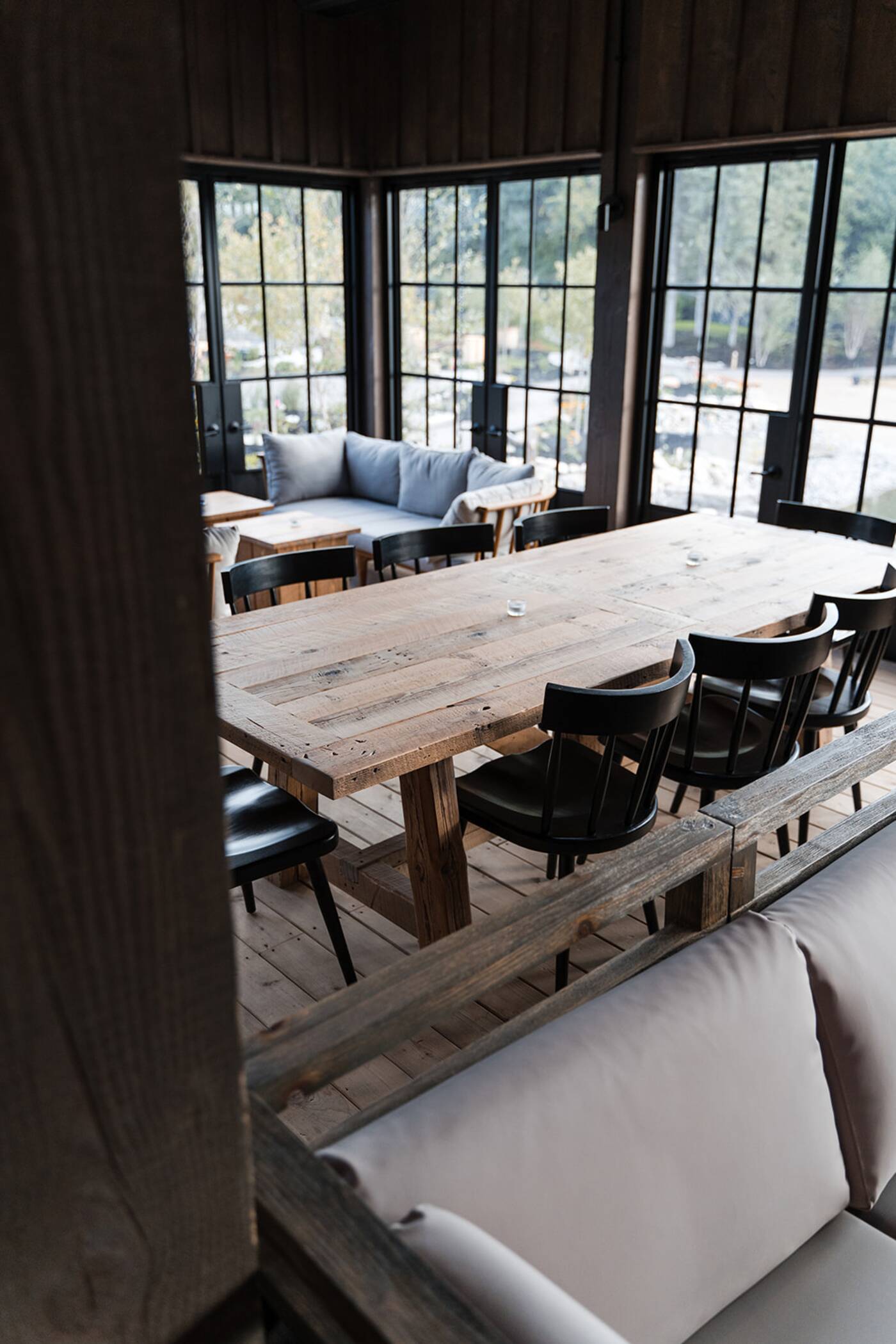 Rates are surprisingly reasonable for a spa that is opening at same tier as iconic Scandinavian resorts like Blue Mountain's Scandinave and Gatineau's Nordik Spa-Nature.

The full thermal experience, which permits free range of the village and use of all saunas, baths, rest areas and more, starts at just $110 per person. 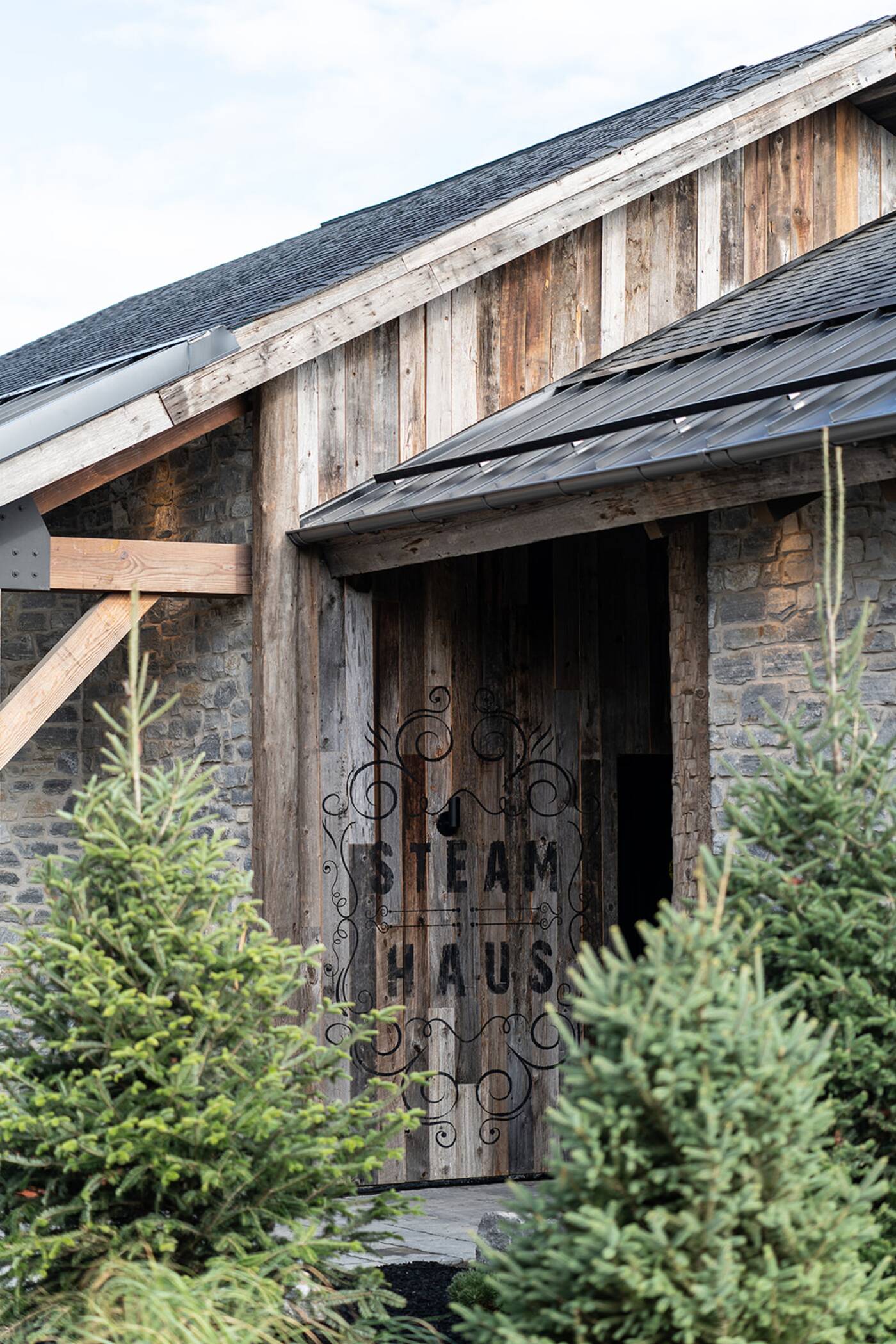 For a bit more cash, guests can add on additional signature treatments, like the Moroccan-inspired clay Rhassoul, and access special areas of the village, like the cavernous underground salt-water haven. Both are just $58 on top of the base thermal experience. 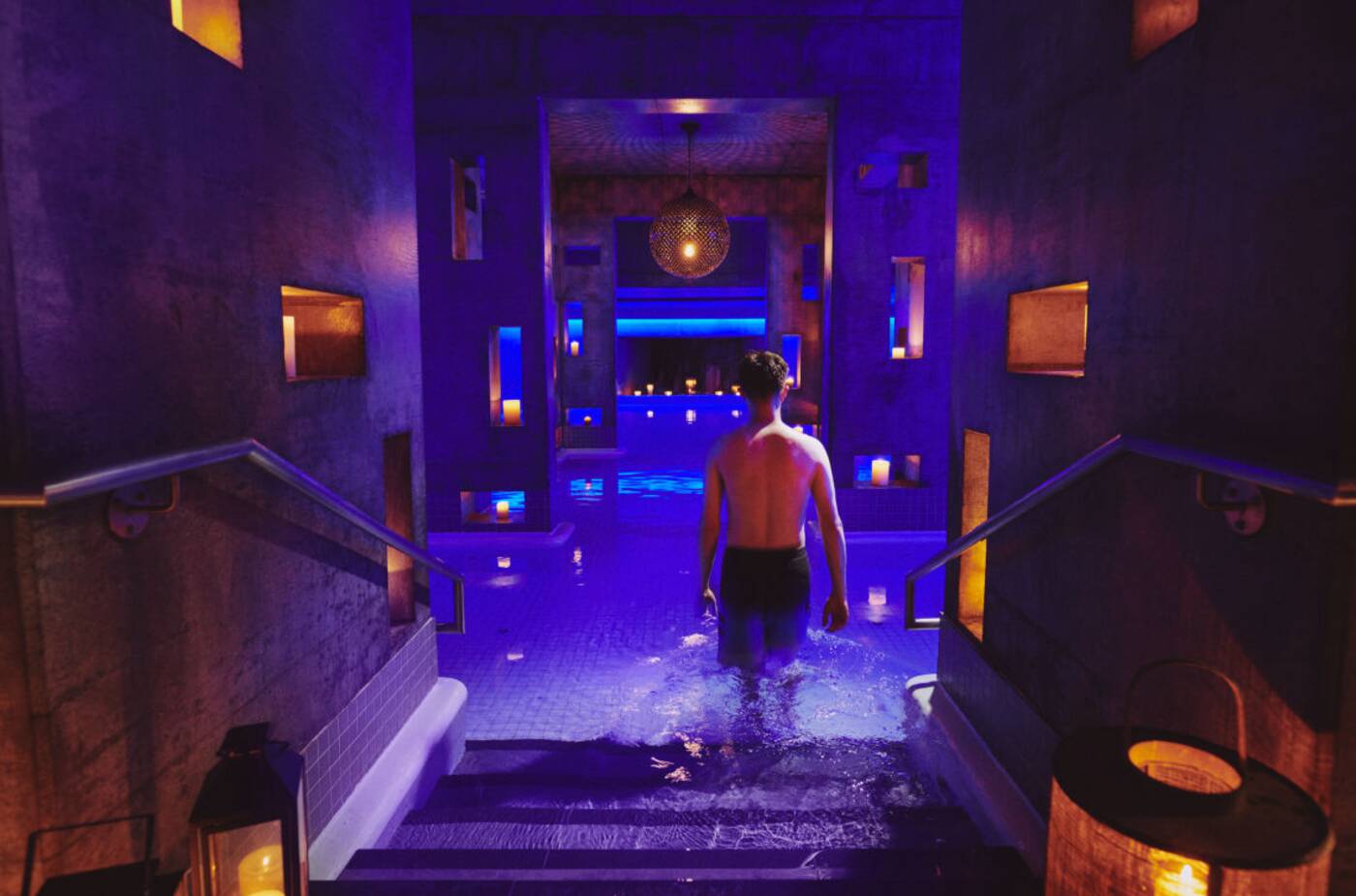 Like all spas, massages, facials and other individual services are more expensive, ranging from $125 to $175.

Compared to most spas in downtown Toronto, however, that's a pretty dang attractive price. 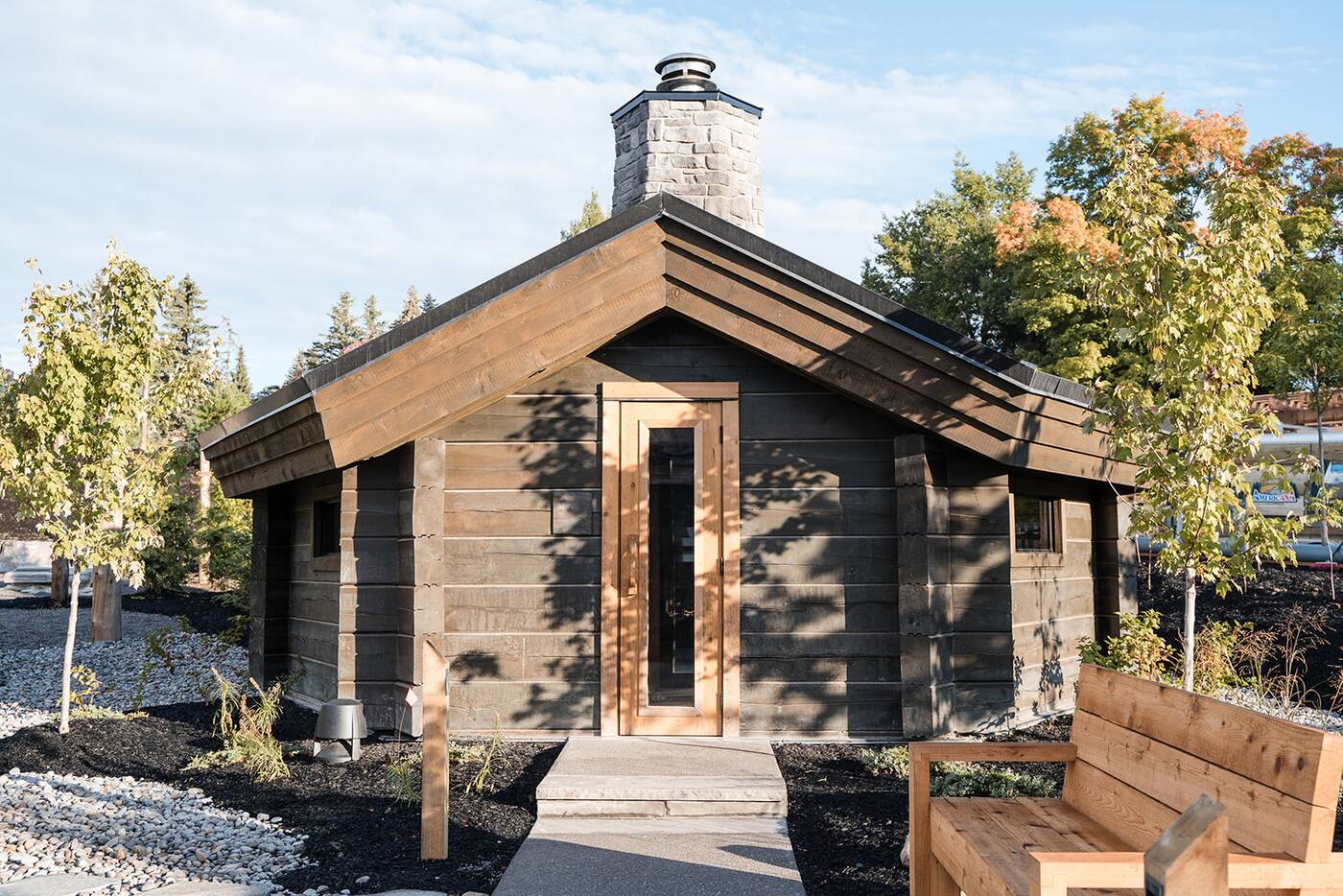 "With key learning from our other spas, every detail of the site has been carefully thought out and chosen to create a unique place to feel at ease. Using hidden technologies, the guest's journey has been tailored to minimize their worries and engage their five senses, all with the goal of offering them a true moment of respite."

The fact that the world-class facility has already created 200 well-paying jobs in Whitby is an added bonus.