Ontario residents are quicky losing faith in a massive, luxurious new spa that was set to open its doors near Toronto, questioning if it will ever make its debut given the many delays and lack of communication from the brand in recent months and even years.

Thermëa Spa Village in Whitby was due to join the ranks of nearby Scandinave Spa, Vettä Nordic Spa and others that are offering people the ultimate Eurpean spa experience, but the constantly changing, extremely vague opening date and and lack of updates has customers far more stressed than relaxed.

Operated by Groupe Nordik, which has existing facilities in rural Quebec and Winnipeg, Manitoba, the new space just 45 minutes from downtown T.O. was originally slated to open in fall 2020.

Due to COVID-19, the sprawling complex's completion was delayed to "sometime before the end of 2021," and then again to spring 2022, to the chagrin of those who had been looking forward to the opening and, even worse, those who had purchased gift certificates.

Since that update last year, it seems that things have been pushed back even further once more, with the group now telling people that it's now only "aiming" to open sometime in 2022, but offering no guarantee.

Management tells blogTO that the online booking system will be launched at least five weeks prior to the inaugural day, meaning that it is at least that far away at this point, at best.

"Something really sketchy is going on... I'm concerned they won't actually be opening at all," a woman named Katie, who has spent hundreds of dollars on vouchers that she's been told are non-refundable, tells blogTO.

"We just all seem to get the same phrasing whenever it's delayed, about it being in the final stages of construction. However it seems odd they would be in the 'final' stages of construction for over two years. The one response said they were 'aiming' to be open in 2022, which didn't instill a lot of confidence. I don't see it happening in even 2023."

After Thermëa advertised it was hiring for the Whitby location last August, it has continued to urge people to follow along with newsletters for more info. Some updates on construction have been provided in video walk-throughs, but still no firm timeline.

"We would hate to give an exact date and not be able to uphold it, so we'd rather only update when we are 100 per cent certain," a representative from the company said on Wednesday.

"With everything going on (the price of materials and availability, COVID and labour shortages), it is hard to estimate the exact date the spa village will open."

Gift certificates, meanwhile, have apparently been being sold in shopping centres, with extra pushes around certain holidays. Who wouldn't want to visit one of the touted 25 massage and treatment rooms, eight saunas, multiple steam baths and outdoor pools, Epsom salt flotation tank and beer garden patio?

Thermëa's well-followed Instagram account remains quite active, advertising giveaways and more, but the comments on the posts are largely angry at this point.

"No one should buy gift certificates here. They will not refund you. Even if you bought years ago. Stay far away folks!" one person wrote on the most recent post from April 27.

"Anyone else have gift certificates from 2020? Not a good look at this point," another added. 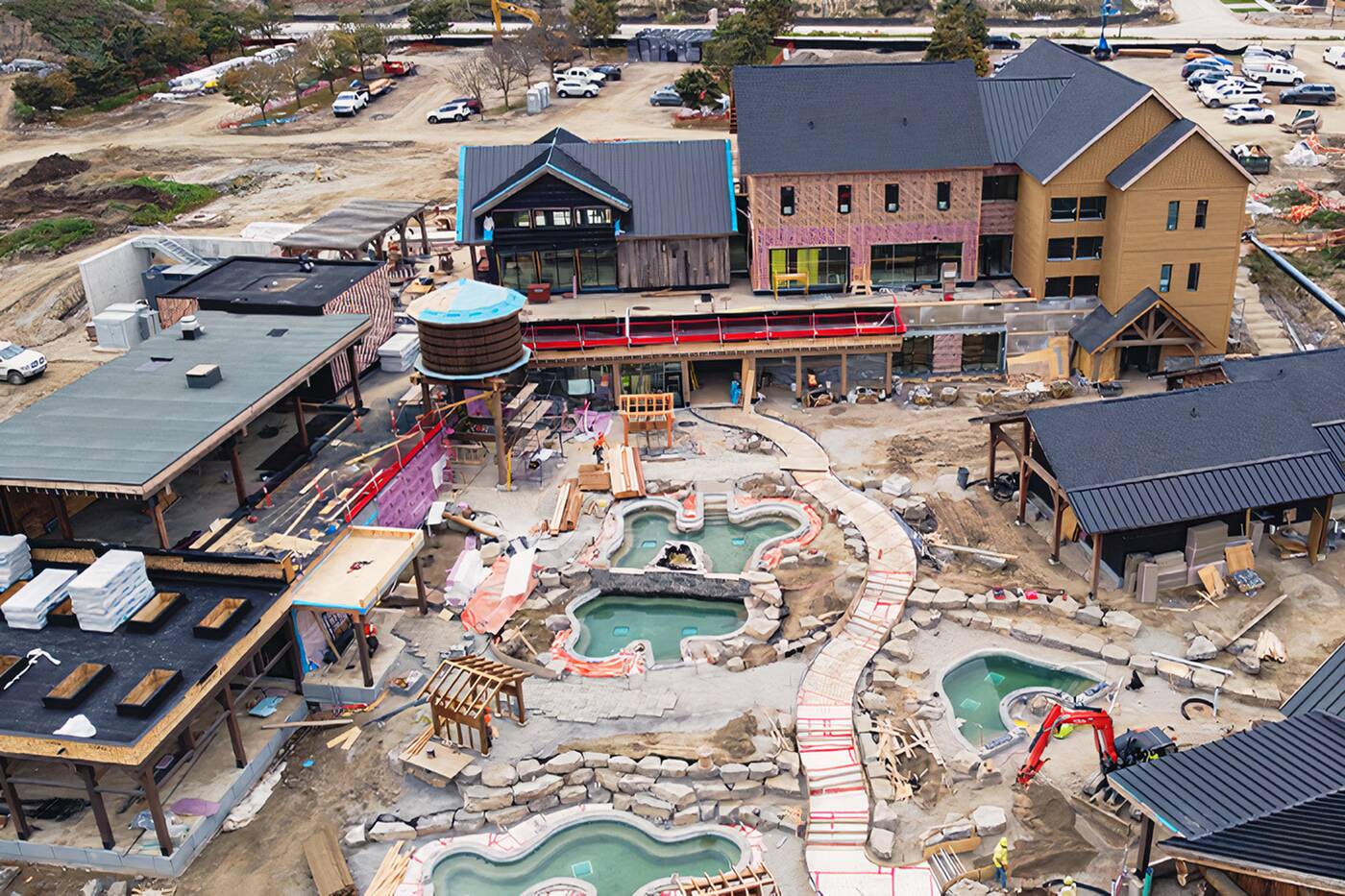 Some photos from Thermëa's website and social accounts do show that the spa physically exists and is in progress. Photo by Thermëa/Nordik Group.

A few people, though, still have some confidence in the brand, with one person writing "Let's all have compassion. They were building a huge spa during COVID and I’m sure it has been hard to obtain supplies with all the shortages. I started purchasing gift cards in early 2020 and I hope the receipients are able to use them soon."

The brand has also been in hot water (pun intended) for a few other things, including some gendered wording in one of its job descriptions and the fact that it was accused of breaching its construction contract in Winnipeg.