Toronto ranked one of the smartest cities in the world

Toronto was just ranked one of the smartest cities in the world in a study that analysed thousands of urban centres across the globe.

Just last year, Toronto lost a so-called smart city project from Sidewalk Labs that would have included intelligent sidewalks and autonomous vehicles, but that didn't put us out of the running with other advanced cities around the world.

EasyPark Group, a parking tech company for electrical vehicles, released its Cities of the Future Index this week. Toronto ranked 12 among the top 50 smart cities globally, with a population of over three million people after data from several thousand cities was studied. 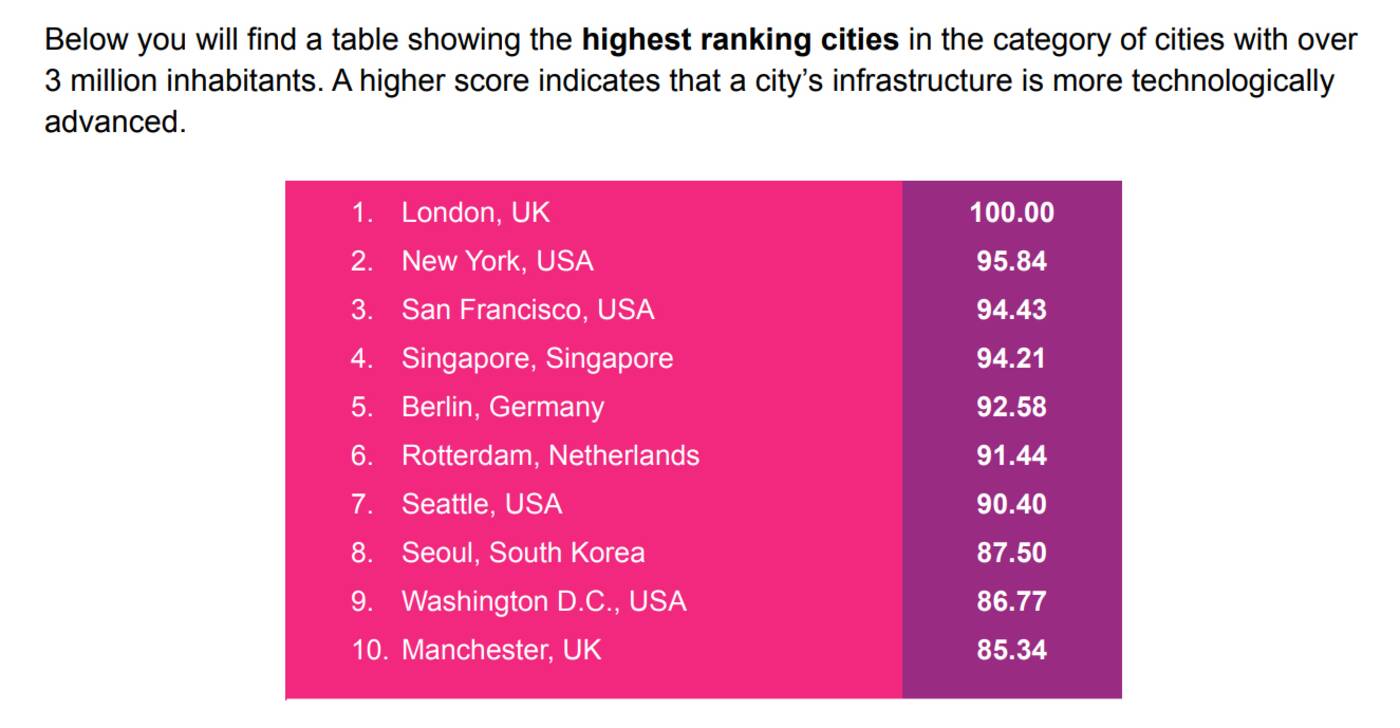 The only other Canadian city to make the top 50 list in this population category was Montreal at number 18.

Digital life looks at the prevalence of world-class technology educational facilities and healthcare innovation systems, and the amount of technology that has been adopted by a city on an individual and governmental level. Toronto scored over 80 (out of 100) in citizen adoption of technology but just 76 for tech education.

This comes in the week when Toronto delivered its first organ for transplant via a drone.

Mobility innovation was assessed by taking into account the quality of parking innovation, traffic management and how green the transportation is. Toronto scored under 80 in these categories. Compared to other cities, we are lacking in electric vehicle charging stations and green transport.

The TTCs first electric bus only arrived in 2019. 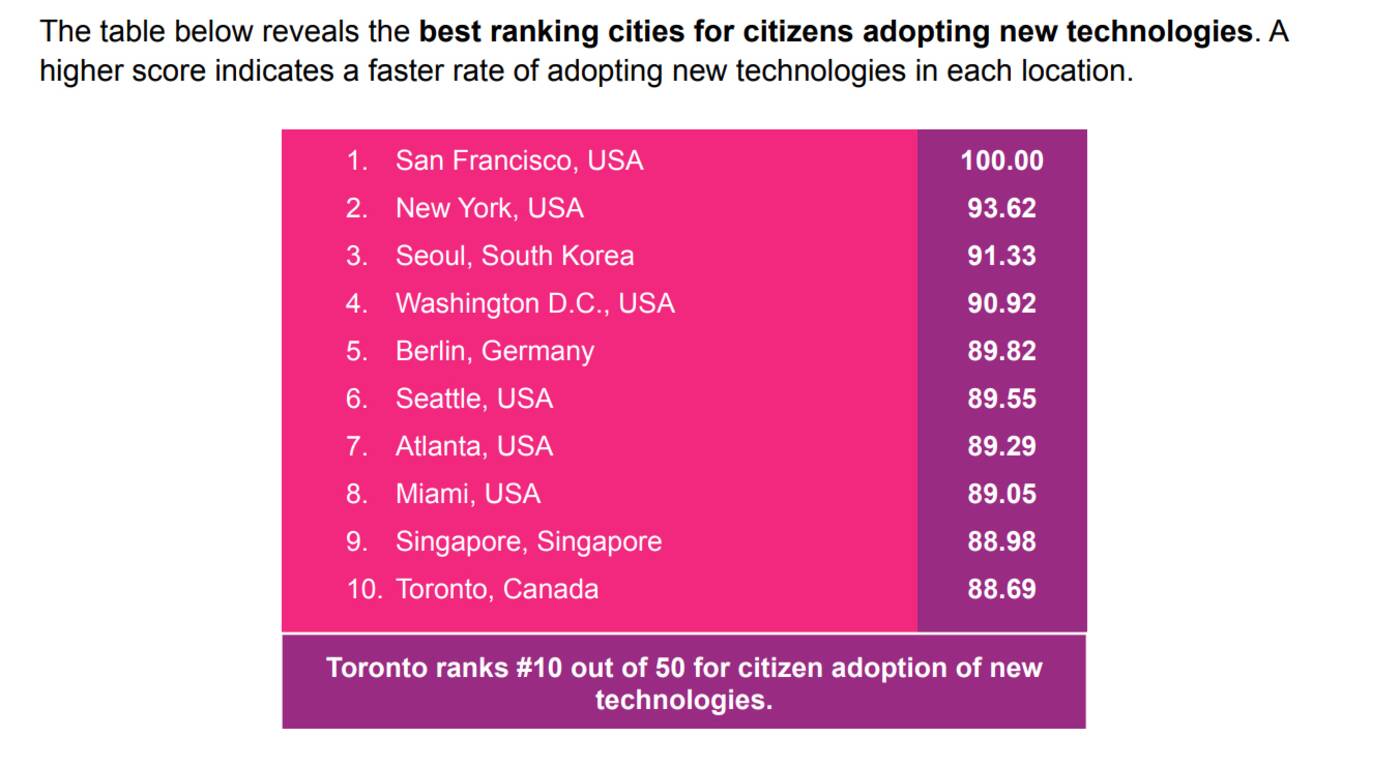 Toronto citizens are faster to adopt new technology than in other cities. EasyPark Group chart

Internet connectivity was based on median download and upload speeds and the adoption of 5G.

Toronto's environmental footprint was considered by collecting data on its climate response and overall waste management, how many green buildings there are and how widespread the use of green energy is.

The city has been working on green buildings for several years, so it is not surprising we scored over 80 in this category. But the city has some work to do on waste management and climate response.

The waste management score was determined by the amount of waste generated per capita, waste collection coverage, and the recycling rate in each country.