Behold the future of public transportation in Toronto: the TTC eBus.

The transit commission's first brand new, zero-emission electric bus arrived in Toronto on Monday, according to TTC spokesperson Stuart Green, and is expected to enter regular service "later this spring" after some testing.

By the end of 2019, Toronto will have 60 of these rechargeable eBuses on the streets—and, slick as they look, they'll do much more for the city than jazz up our bus fleet on an aesthetic level. 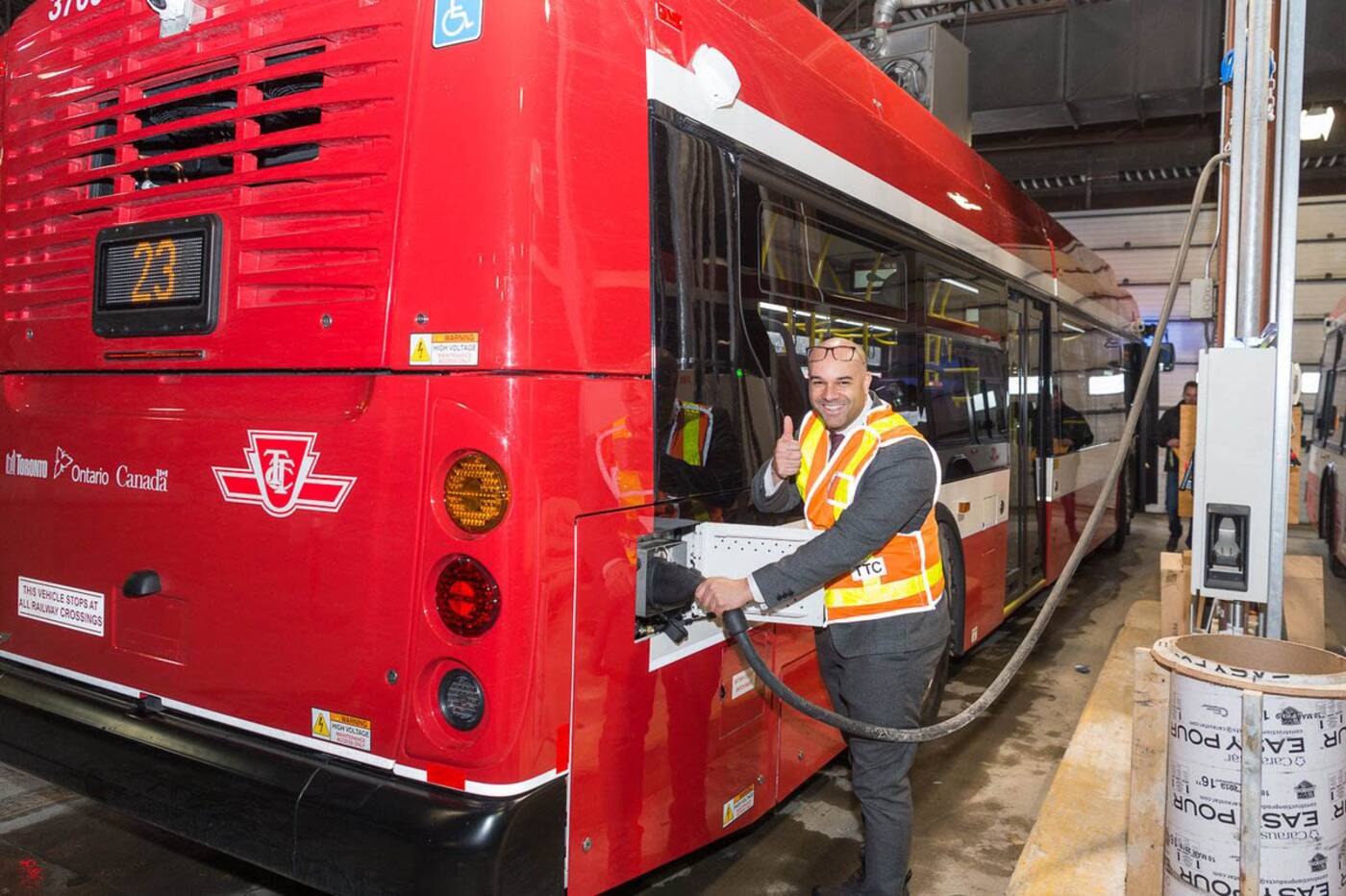 Unlike the transit commission's new hybrid buses, which use about 25 per cent less fuel than regular buses, the eBuses are considered "truly green" with the potential for zero emissions.

"In Ontario, generation of electricity for overnight charging is 100% nuclear and completely free of GHG emissions," notes the TTC, which plans to reduce its fleet's carbon emissions to zero by 2040.

"This is just one way we are modernizing our service, innovating for the long term and planning for climate change," reads the commission's green initiatives plan.

"We will continue to deliver safe, reliable service to our customers with the new, more environmentally friendly fleet."

The TTC’s first zero-emission electric bus has arrived. Commissioning and road testing will be underway for the next few weeks. #TTC pic.twitter.com/XQadoRp0Jj

The 60 new electric buses were purchased as part of a joint federal, provincial and municipal government initiative that will eventually see roughly $934 million put into the purchase and revitalization of 1,738 greener TTC buses.

"The TTC's fleet by the end of 2019 will be comprised of three different propulsion technologies that would include clean diesel, hybrid electric and battery electric," reads the transit commission's website.

It remains to be seen if these new eBuses will contain all the interior bells and whistles of the fleet's hybrid-electric buses, of which there should be 200 in operation by the end of 2019.

LCD screens and USB chargers or not, Green says that the addition of these fully electric buses will make the TTC "a national clean-tech fleet leader" by year's end, and that alone is pretty cool.