It's been just shy of 38 years since the world's first successful lung transplant was performed at Toronto General Hospital in 1983, doubtlessly saving thousands of lives and setting the stage for future breakthroughs — one of which just took place at the very same facility.

Working with Canadian bioengineers and other University Hospital Network professionals, doctors at Toronto General have welcomed an unmanned drone carrying human lungs for the purpose of transplantation.

Dr. Shaf Keshavjee, director of the Toronto Lung Transplant Program and UHN's Surgeon-in-Chief, told the Canadian Press in a piece published today this was the first set of lungs to take flight via drone, but that it likely won't be the last.

"Flying a lung for the first time by drone is really history in the making, and that is the success — that it's possible," said Keshavjee in a video released on Monday by Quebec's Unither Bioelectronique, which used its own proprietary aerial drone to carry out the proof-of-concept trip.

The journey from Toronto Western Hospital, where the organ originated, to Toronto General Hospital was short — only a few minutes long, according to Unither — but it represents a new frontier in transplants that could save many lives in the future.

"The flight demonstrated that a life-saving organ can be safely and quickly flown via drone over a high-density urban setting and highly congested traffic area, maintaining the right conditions for the organ, while successfully interfacing and coordinating with a medical transplant team," reads Unither's website.

"With this unique technology we may one day be able to transport organs with fewer logistical barriers and eliminate the need to transport whole surgical teams in larger aircrafts. Simply put, drones may help organs for transplants get to the people who need them, quicker and in a more cost-effective way."

The firm's CEO and chair Martine Rothblatt, co-founder of Sirius Satellite Radio, selected Toronto specifically because of its history: In addition to performing the first lung transplant ever, Toronto General Hospital carried out the first sucessful double-long transplant in 1986 and has continued to break new ground in organ transplantation techniques ever since.

"Our other aviation strategies at United Therapeutics are to extend the range of drone aircrafts. We are now building drones that can fly 100 miles and then 200 miles... ultimately we plan to have drone aircrafts deliver lungs and hearts and kidneys throughout all of North America." 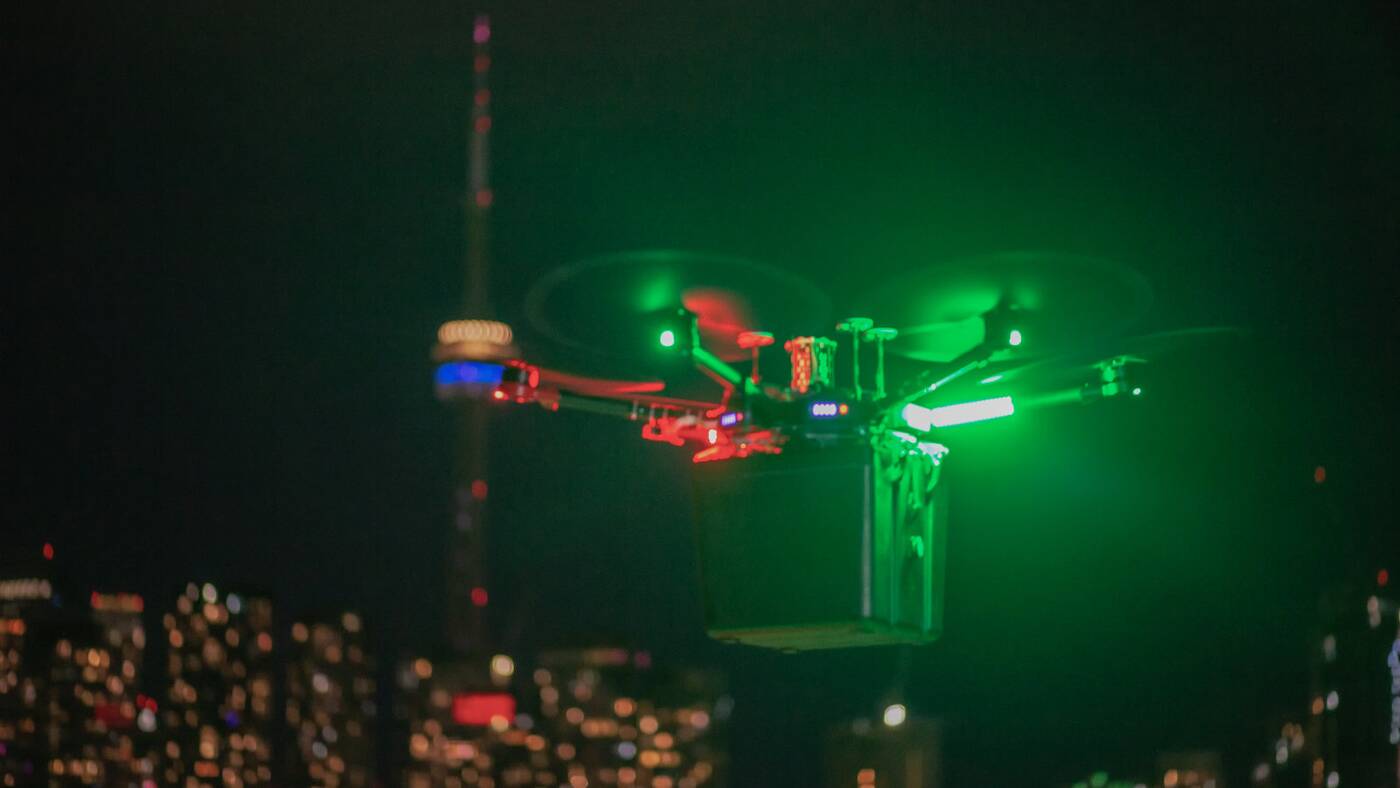 The aerial vehicle has an advanced GPS system and its own parachute, but crews still carried out "drop tests" with the container that would eventually be used to transport the delicate organs.

"We've designed a box to to protect the lung to maintain its temperature, to shield it from the elements and vibration, so that the lung itself medically is not going to really experience anything different," said Keshavjee in Unither's video.

This marks the second time in less than a month that a pair of airborne lungs have made headlines in Toronto and, surprisingly enough, the stories are completely unrelated.

The inflatable lungs seen hovering about Roundhouse Park a few weeks back were part of an awareness activation by the Canadian Lung Association.

Unither's drone is quite a bit more complex, in terms of air vessels, as evidenced by the success of its first hospital-to-hospital lung delivery.

Keshavjee told CP that he chose the recipient of the lungs, a male engineer, himself and that recovery is going well.

According to the doctor, the patient was (and still is) a drone enthusiast.