Anyone out breathing in the crisp fall air on Toronto's Bremner Boulevard this Wednesday might be in for a bit of a gasp upon discovering the giant set of inflatable lungs set to loom over Roundhouse Park.

The temporary installation "Lungs in the Air" is a charitable initiative for the Canadian Lung Association, running this Wednesday, September 29th, in conjunction with World Lung Day.

The traveling exhibit features a set of 32-foot-tall transparent lungs floating high above the park on lines. This physical presence will be accompanied by an interactive experience visitors can access from their smart devices. 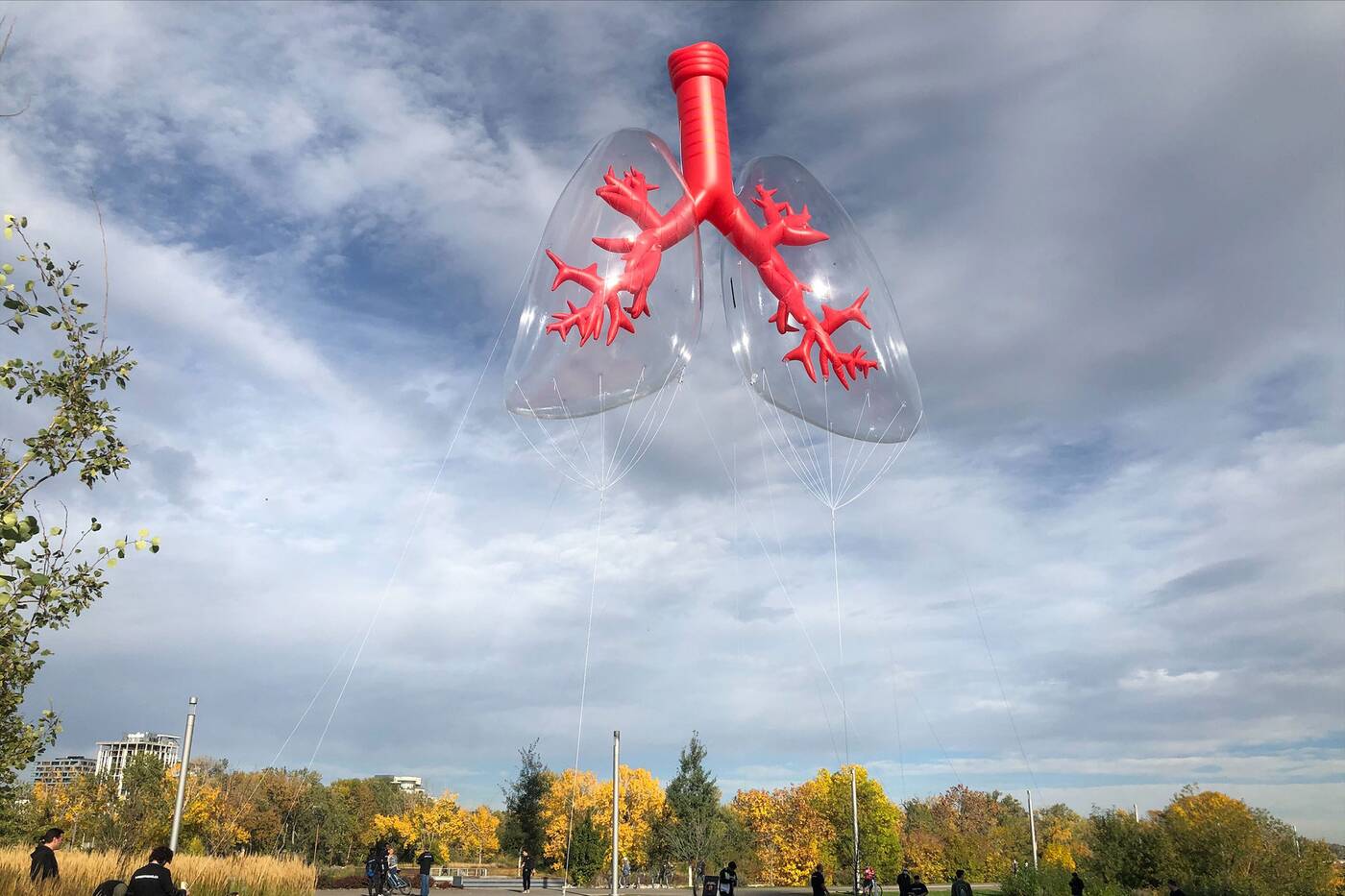 Lungs in the Air debuted over the weekend in Calgary, part of a three-stop tour that will conclude in Halifax on October 4th, raising awareness about the domestic and global air pollution crisis.

A post shared by Lungs In The Air (@lungsintheair)

According to The Canadian Lung Association, more than 15,000 Canadians die each year due to air pollution-related causes. Though the association notes recent improvements, the effects of climate change on air quality are creating all the conditions needed to fuel a new health crisis.

Factors such as global warming, ozone layer depletion, pollution and vehicle exhaust are compounded by a rise in wildfires around the globe, bringing apocalyptic orange hazes to cities like Toronto carried from fires far north and west.

These wildfires can be directly tied to 2,700 premature deaths each year in Canada.

Health Canada claims that the total economic health cost attributable to air pollution hit $120 billion in 2016. This number has surely only risen in the face of increasingly regular wildfires and the effects of a global pandemic that has afflicted 1.6 million Canadians and killed over 27,600 in the country.