It's been almost three weeks since the launch of Toronto's own female-centric, alternative ride-sharing service, DriveHER, and things are going... very poorly.

The company just announced that its services will "be unavailable until further notice" on account of a data breach that gave hackers access to the names, photos, genders, profile photos, phone numbers, home addresses and even drivers licenses of its users.

"As a precautionary measure, we are writing to let you know about a data security incident that may involve your information on March 30th -April 3rd, 2018," reads an email sent to registered members on Wednesday.

"To our knowledge, the data accessed did not include any credit card information." 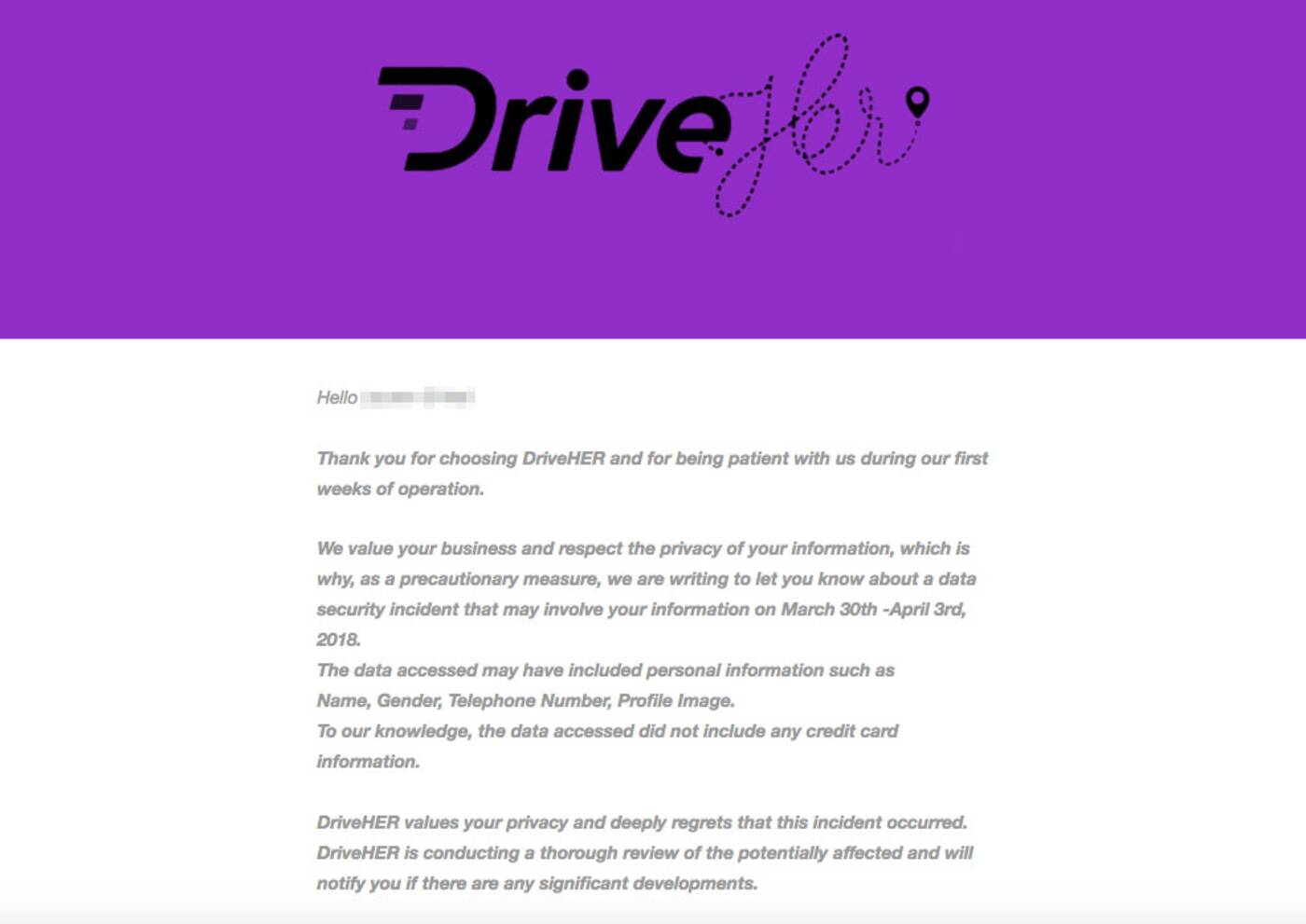 An email was sent to registered users of the app on Wednesday to explain that the security of their personal data had been compromised.

With more than 1,000 downloads of the app, that's a lot of private info potentially leaked from the phones of women in Toronto.

The company says that it's conducting a review into the incident, and that it will be implementing additional security measures to prevent a recurrence.

In the meantime, DriveHER has told drivers and riders that it is "going through a maintenance check."

"We are fixing things up," reads an image posted to Instagram yesterday. "We'll be right back!"

We are going through a maintenance check. As a result, our services will be unavailable until further notice. Thank you for your support & patience. - DriveHER Team

The startup's founder, Aisha Addo, confirmed to the Toronto Star that public access to the platform is currently blocked off and that the threat has been addressed and contained.

Still, for an app that pegs its entire existence on safety and security, this is a bad look. It could even prove fatal for the service's future.

Any customers who were still keen on using DriveHER after weeks of technical glitches might just be turned off enough by the data breach to delete the app in favour of Uber or Lyft.

That said, public support for the project was overwhelming at launch. If Uber can survive the many, many scandals it has been embroiled in, anything could happen.