Love is in the air, especially for Toronto Raptors guard Fred VanVleet as he got engaged to his long-time girlfriend over the weekend and fans are excited about the news.

VanVleet proposed to his high school sweetheart and mother of his children, Shontai Neal, over dinner in Toronto this past weekend.

The couple announced the news of their engagement via Instagram, with fans pouring in to show their love in the comments, including Drake, teammate Justin Champagnie, and former Raptors player Norman Powell.

"My twin on a roll this week congrats family," Drake commented on VanVleet's post.

It appears that VanVleet spared no expense when it came to the proposal, with the room full of roses and candles, as seen in Shontai Neal's Instagram post.

The couple had dinner at the Louix Louis in the Financial District, in its private dining area, according to photos.

"I am literally the happiest girl in the world right now. This is seriously the best feeling ever, I am on cloud 9. It feels so surreal to finally be marrying my best friend and soul mate of 12 years. Thank you for everything babe, I love you so much," Shontai captioned her post while sharing multiple photos of the joyous occasion.

Fans of the couple have left messages of love and support on both of the pair's Instagram posts.

"Congratulations to your beautiful family!! May you be blessed with endless love and joy," one user wrote.

"You guys are adorable. 2 kids later … he better be putting a ring on it. Congrats!" another user joked.

Others also thanked the couple for sharing such a special and intimate moment with their fans.

"Thank you for sharing these. You can see the love between you two. Wishing you much happiness!"

Neal wasn't shy about posting photos to Instagram including one of her giant new rock. 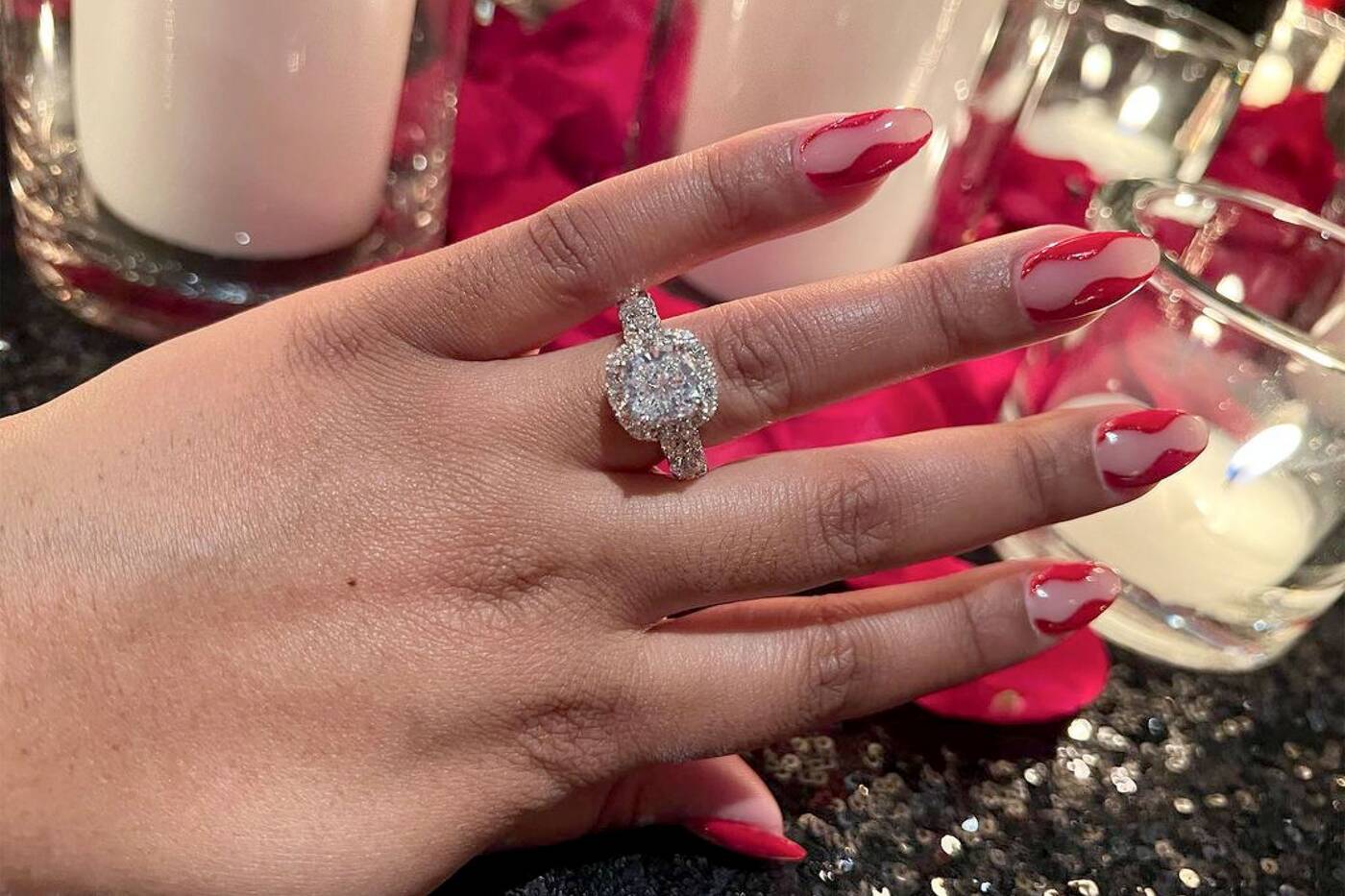 Shontai Neal posted a photo of the engagement rink to her IG.

The couple also celebrates their twelfth year anniversary this month so huge congratulations are in order for the happy couple.