Toronto's multi-level arcade bar Freeplay has reopened to the public, meaning the consoles are back on and the pinball machine's a-dinging.

Following nearly five months of temporary closure, the 4,00o-square-foot, All You Can Play arcade on College Street is letting people play with their claw machine and hockey games once more. 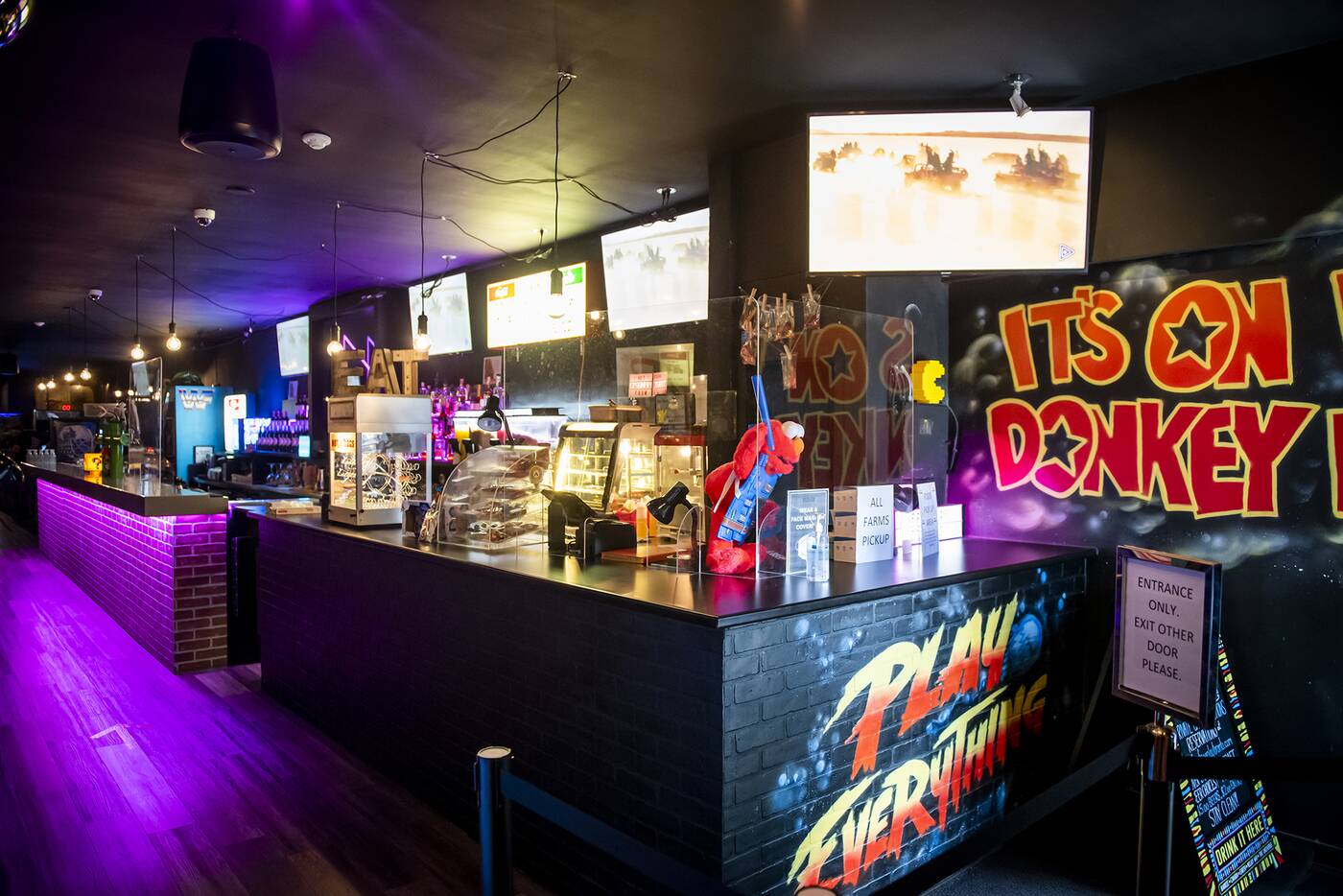 But just like other arcade bars that have reopened for Stage 3 — like Tilt on Dundas West or the Rec Room in the historic roundhouse building — Freeplay has been reconfigured in a major way, from floor markers to Plexiglass galore.

According to arcade co-owner Jake Yakobi, it's been "a rough couple of months", and the company has had to dig deep into their pockets for reconfigurations plus the cost for PPE and an incoming patio. The total cost was just under $10,000.

"We had to put some more money in to survive," he says. 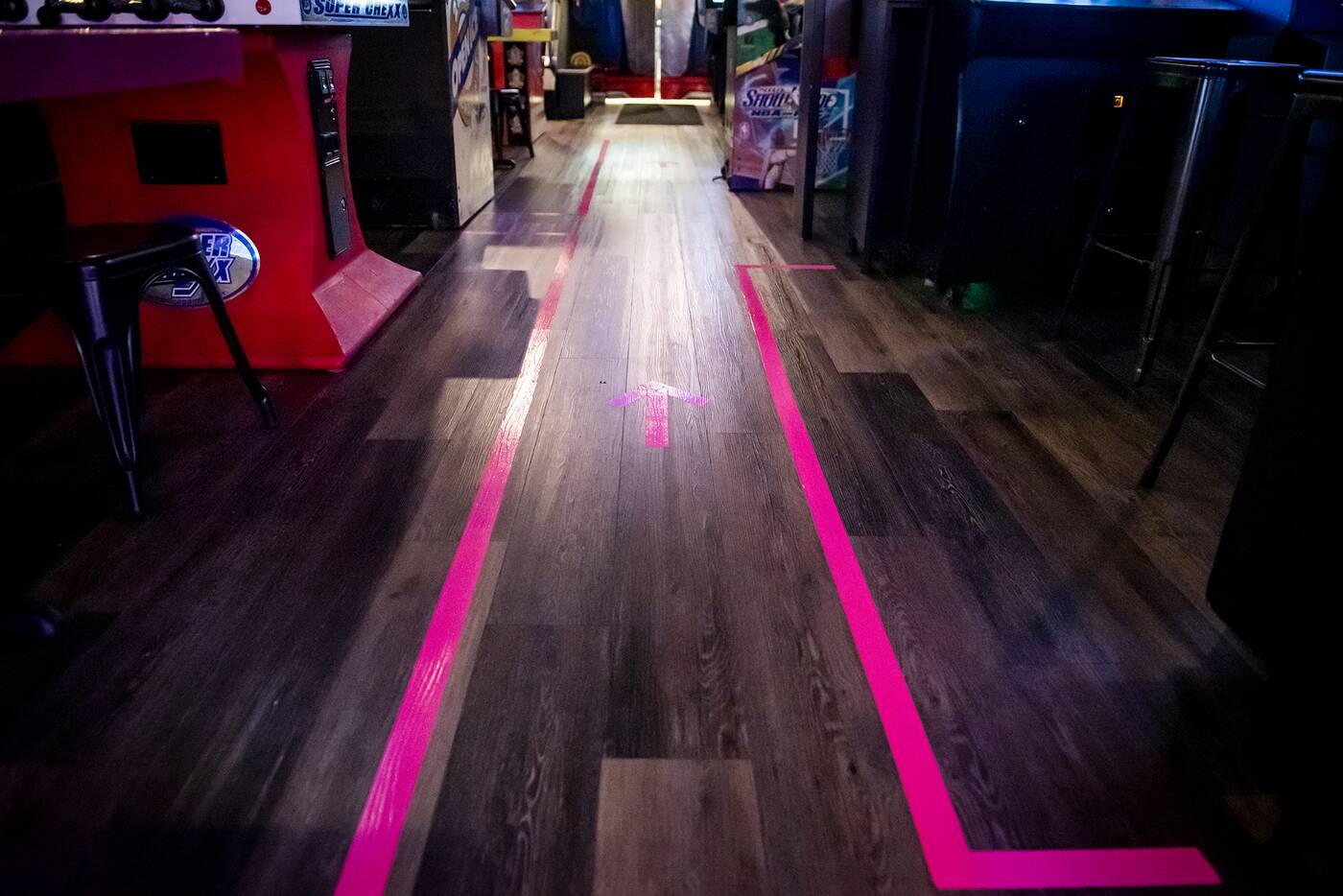 Like all other indoor spaces, capacity here has now been reduced to 50. And there are no more walk-ins, unfortunately.

The arcade has been completely divided up into private sections, which you can reserve through their website via a booking system called Checkfront.

It's a super easy-to-use, comprehensive booking system that allows you to see what games are where (for example, if you want to play Vince Carter on the NBA Showtime machine, book the Basketball area). There are even pictures included so you know exactly what you're getting. 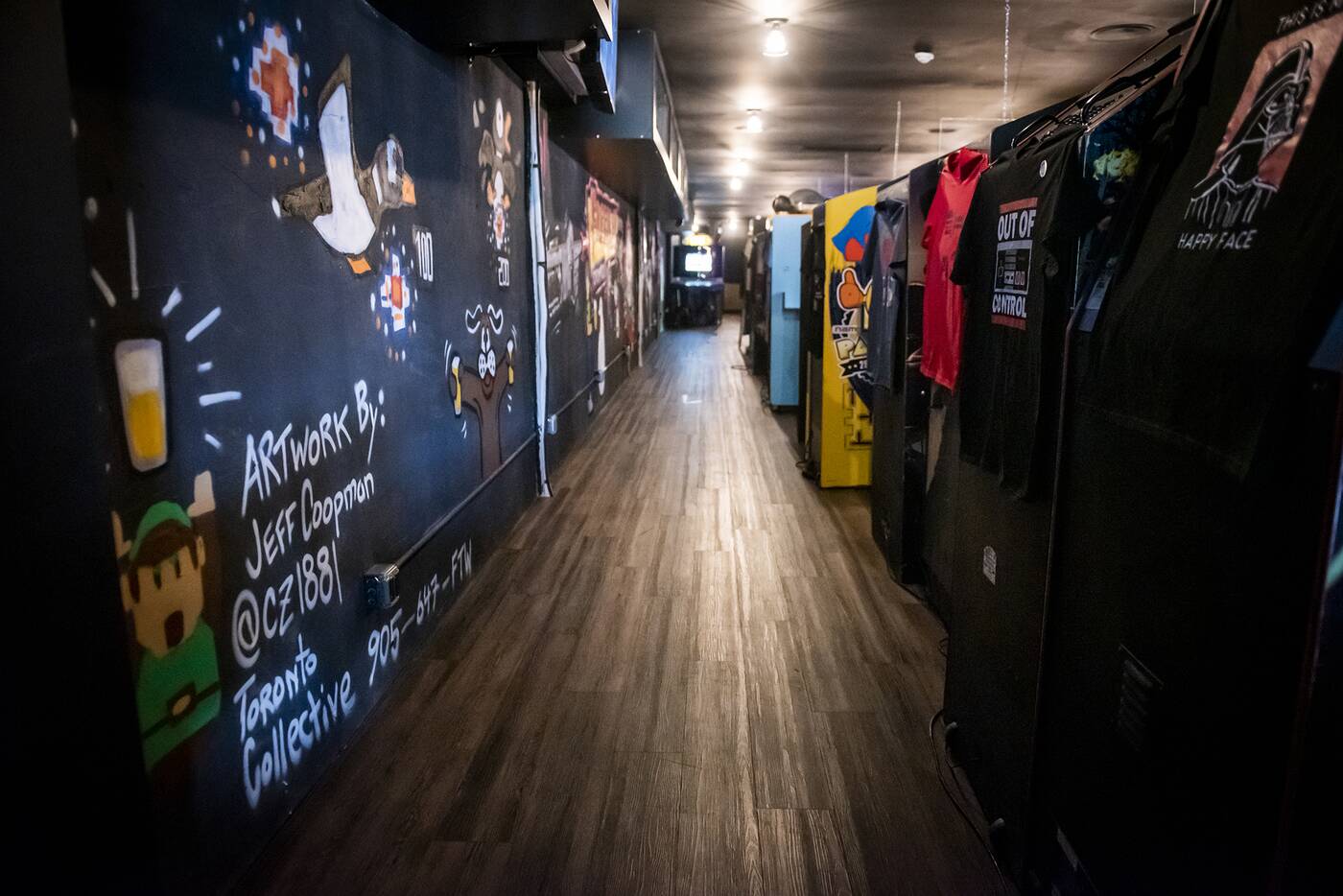 Given how high-contact games are, machines are sanitized down by staff between parties before allowing new people on the games.

That being said, if you've booked the Streetfighter Table but want to move to the Game Cube section upstairs afterward, there's a chance your server can arrange it, pending availability. Just ask.

Floor markers control the flow of foot traffic in the arcade. Head upstairs, and you'll find the most drastic changes on the second floor. 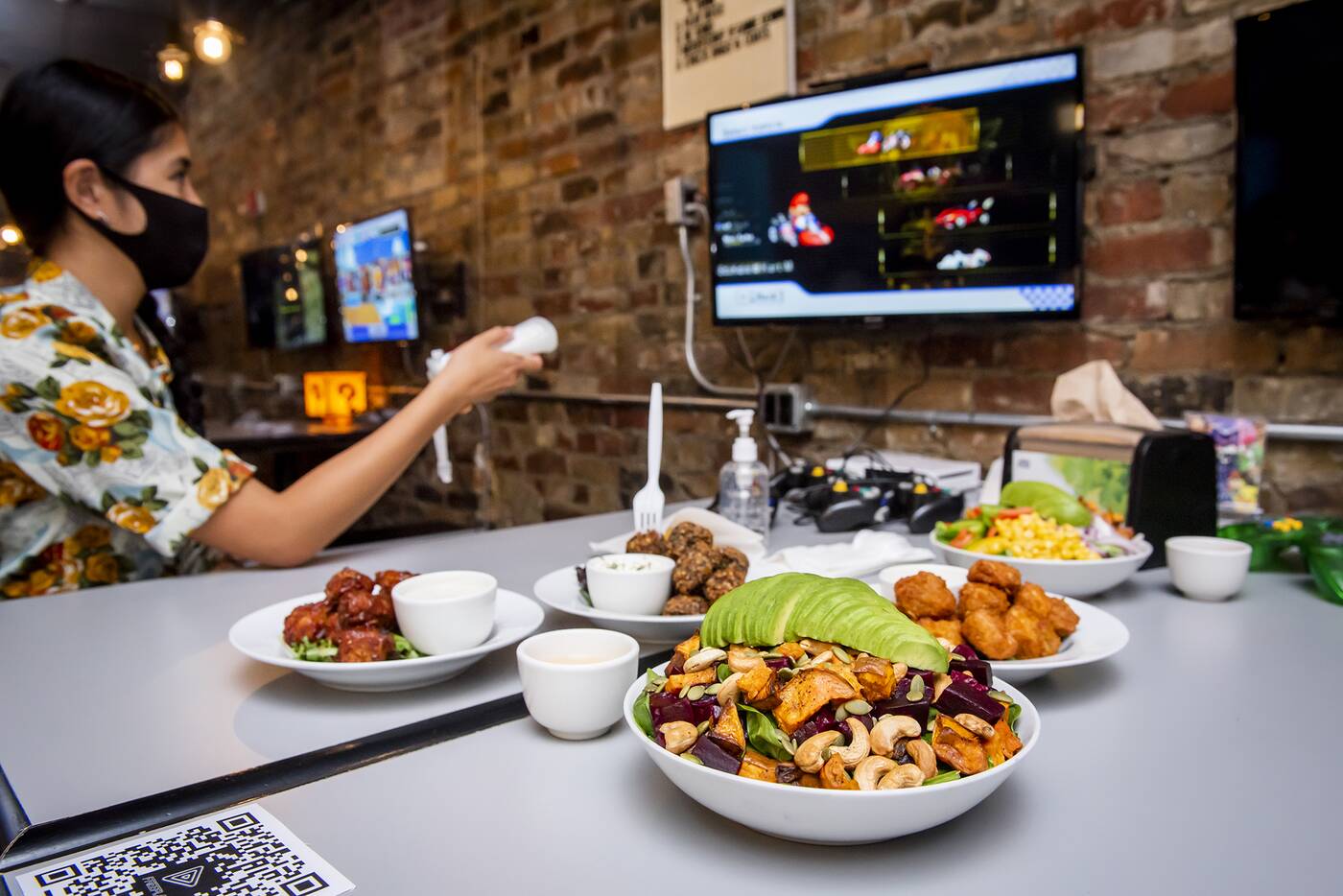 Arcade games, which were once lined up against the wall, have been cleared to make a walkway, along which you'll find new artwork by Collective artist Jeff Coopman. 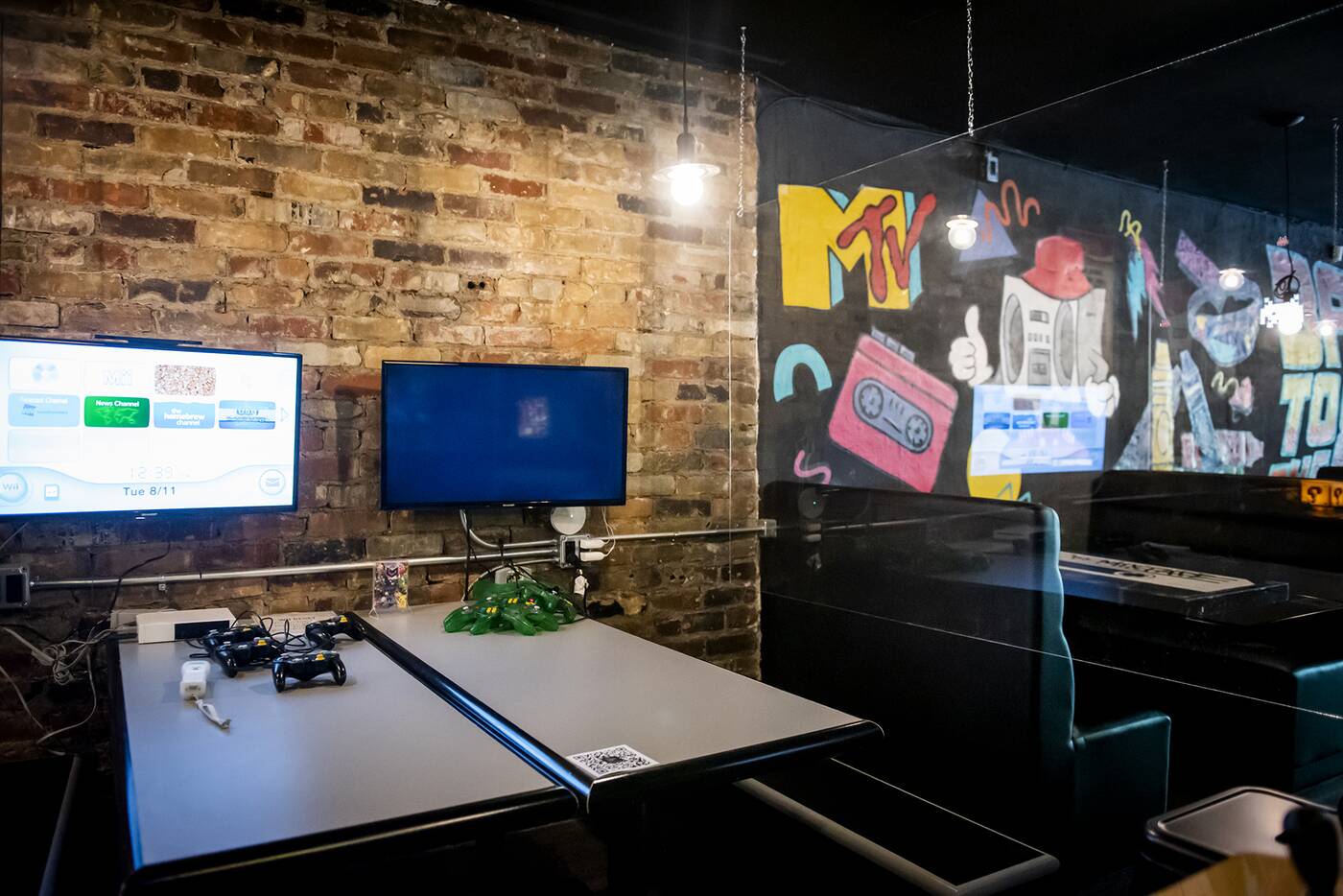 If you want to be extra cautious, the arcade also provides disposable gloves.

They're still serving food here, and previous menu items (many of them on skewers) were already pretty mess-free, but there have been some additions to the menu like salads and snacks like Everything But the Bagel bites. Orders are taken at your table and delivered directly to you. 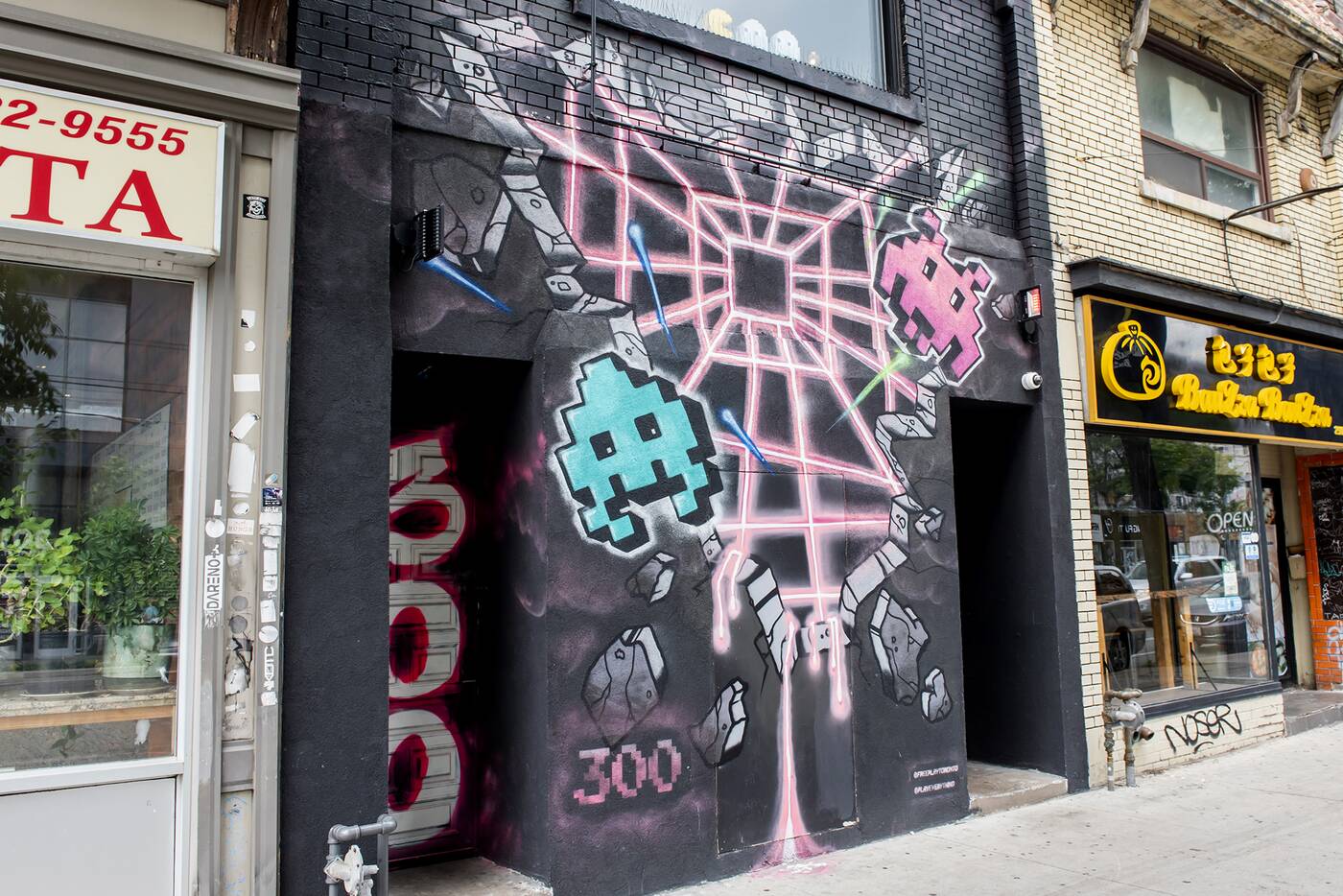