Two million people, countless beverages and nothing but time to kill for hours and hours on end. Did the people have fun? For sure, in most cases — but oh, what a mess they made. 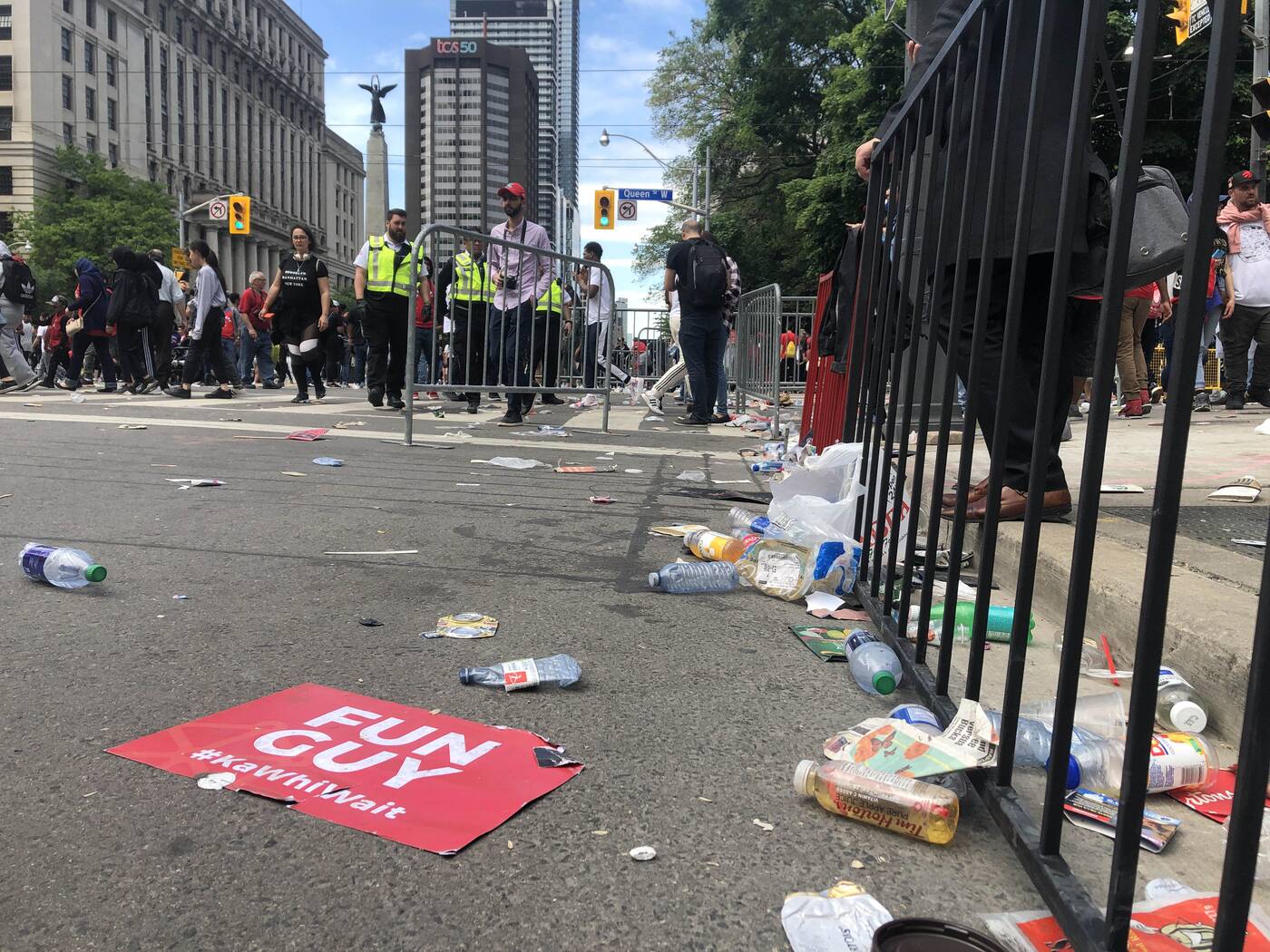 Like any good celebration, the Toronto Raptors Championship parade left its mark long after crawling through the streets of the city and culminating in a (somewhat terrifying) rally at Nathan Phillips Square. 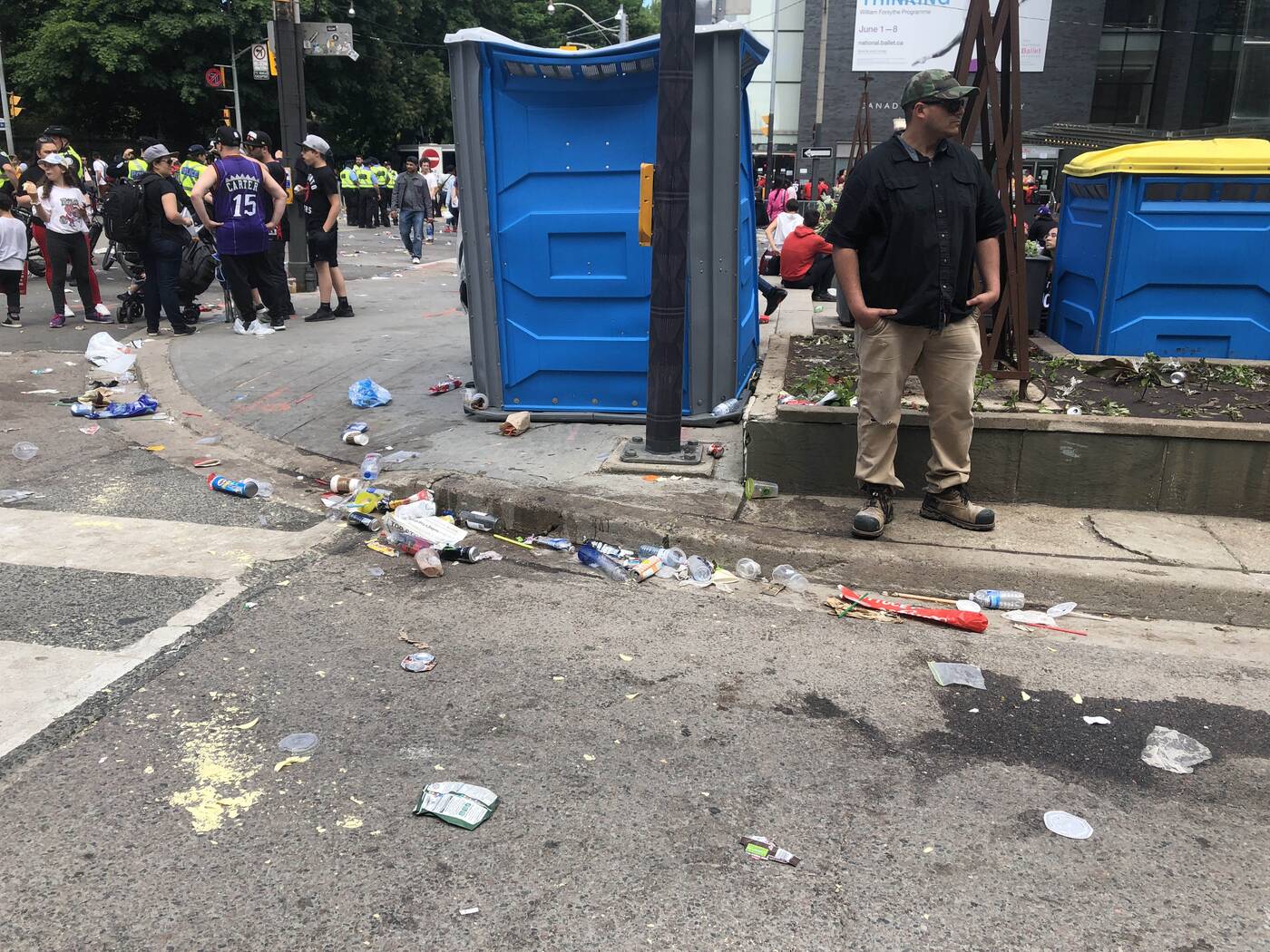 That mark just happened to be really gross. 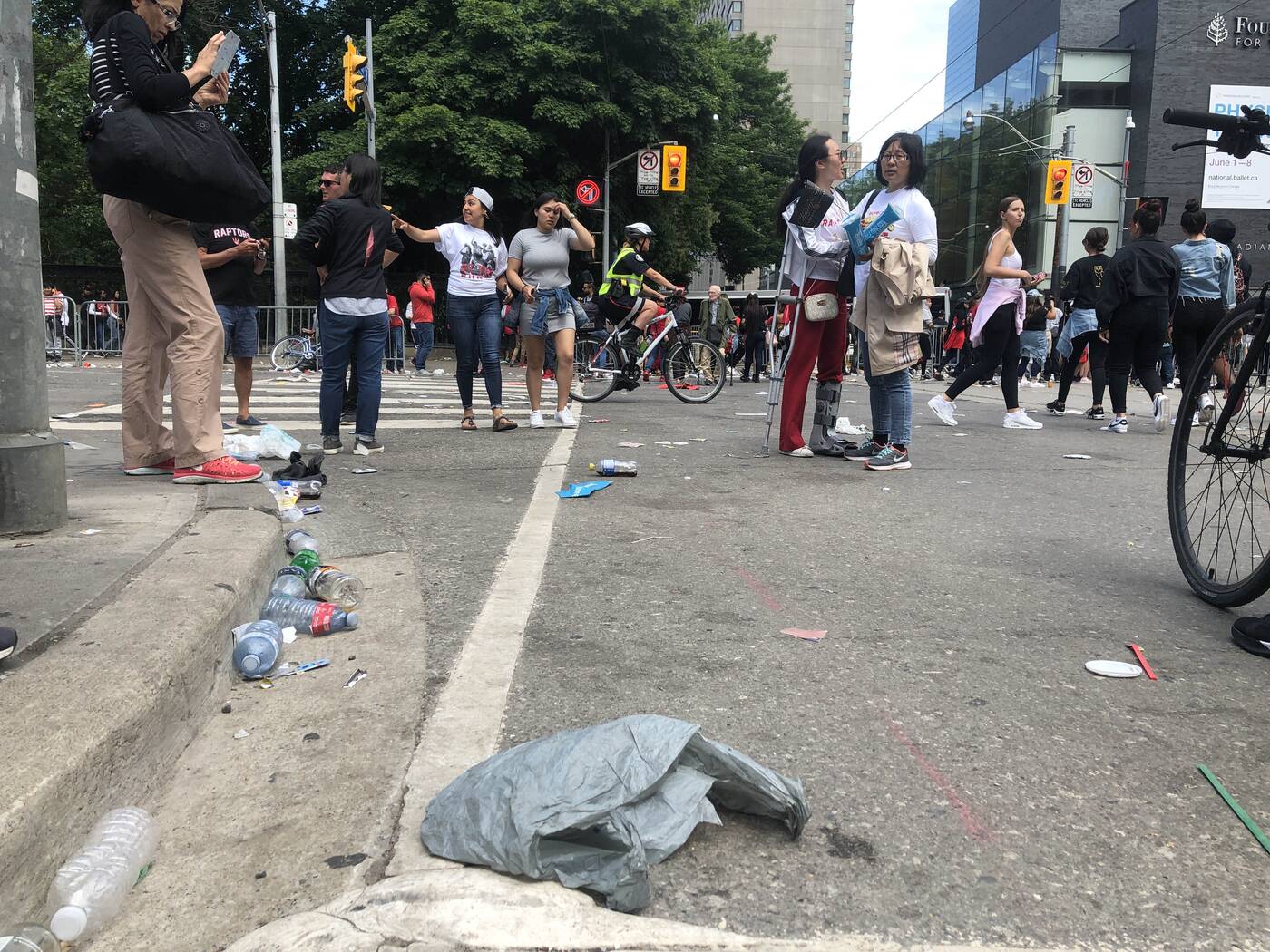 The area surrounding Queen and University, which was so jam-packed with people that the TTC was forced to close down multiple subway stations, was particularly hard-hit. 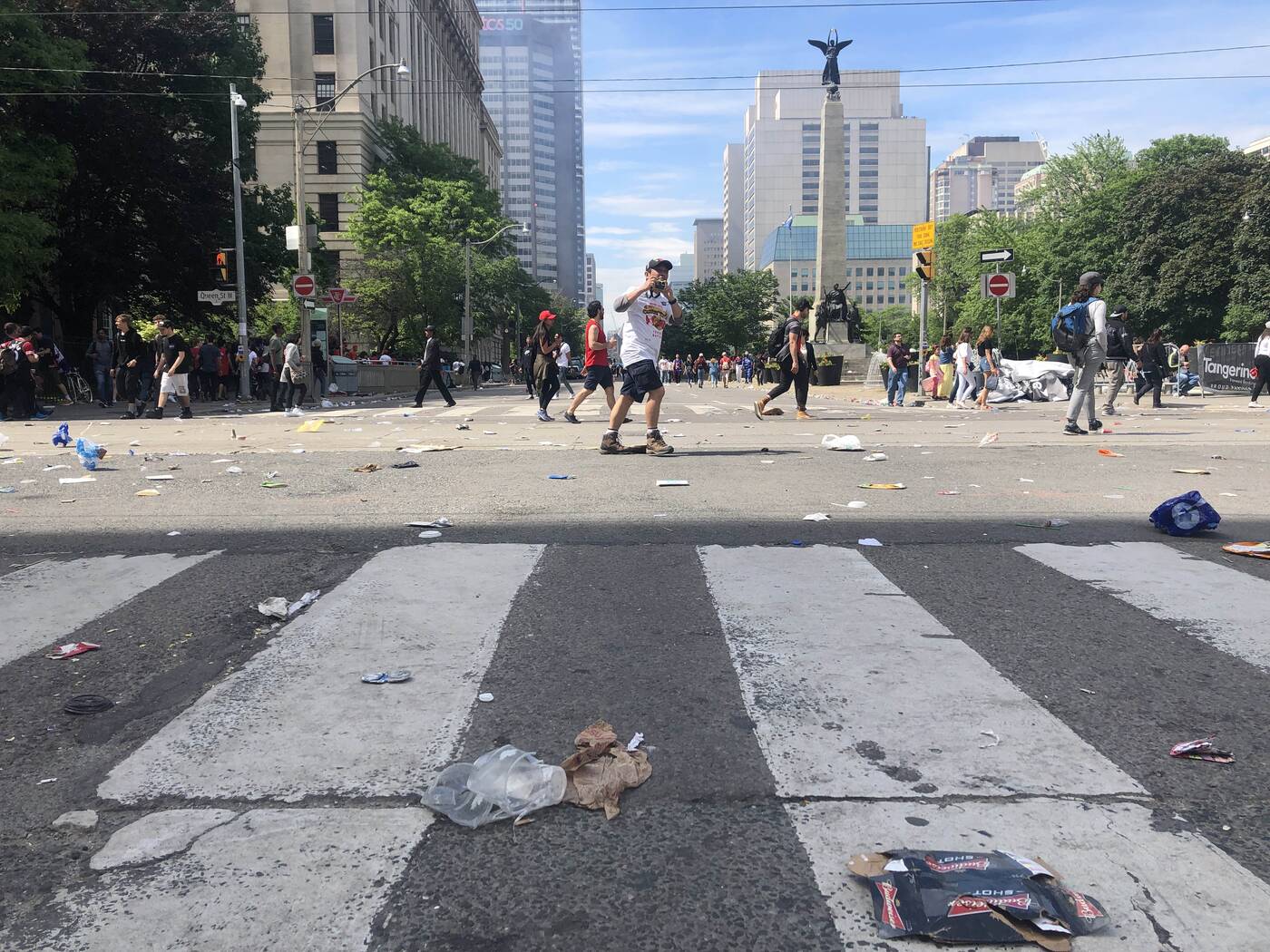 Crowds only began to disperse around 3:30 p.m after the parade had finally worked its way up from Exhibition Place. 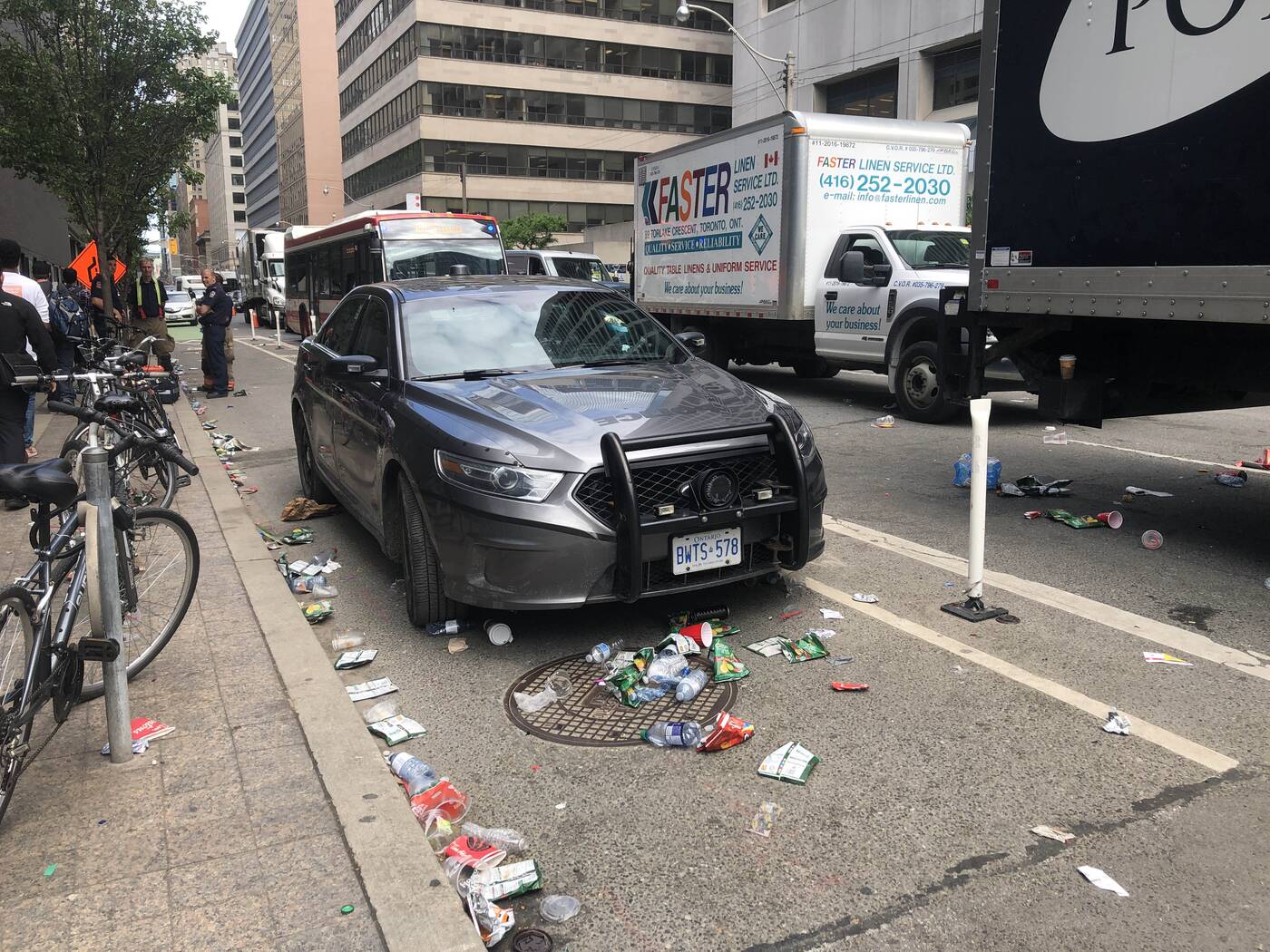 As they moved on over to Nathan Phillips Square, people left behind signs, cups, bottles, bags, food containers and cans. 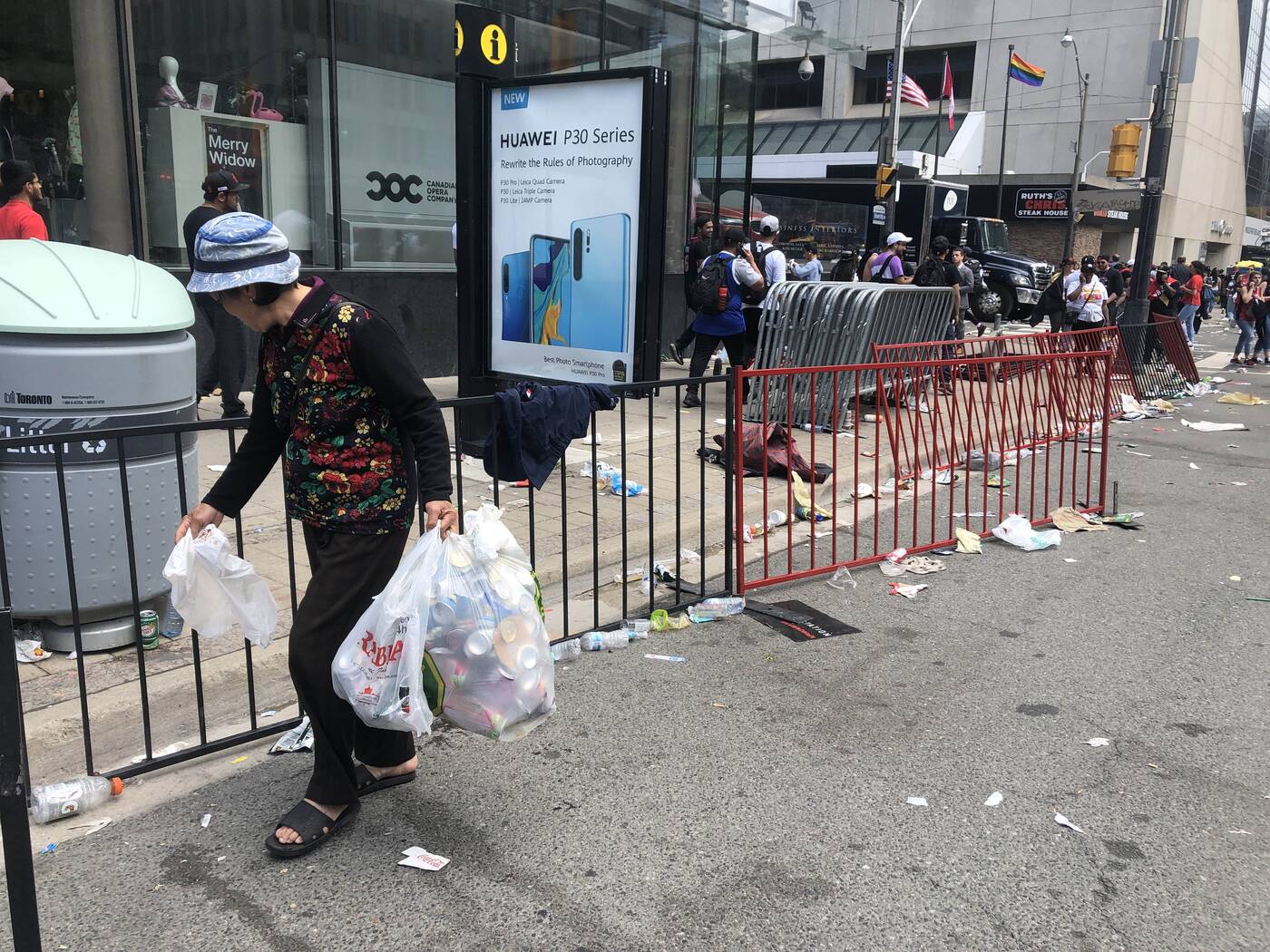 If LCBO bags and Tim Hortons cups were worth anything, a collector would have struck gold on Monday afternoon all along the parade route. 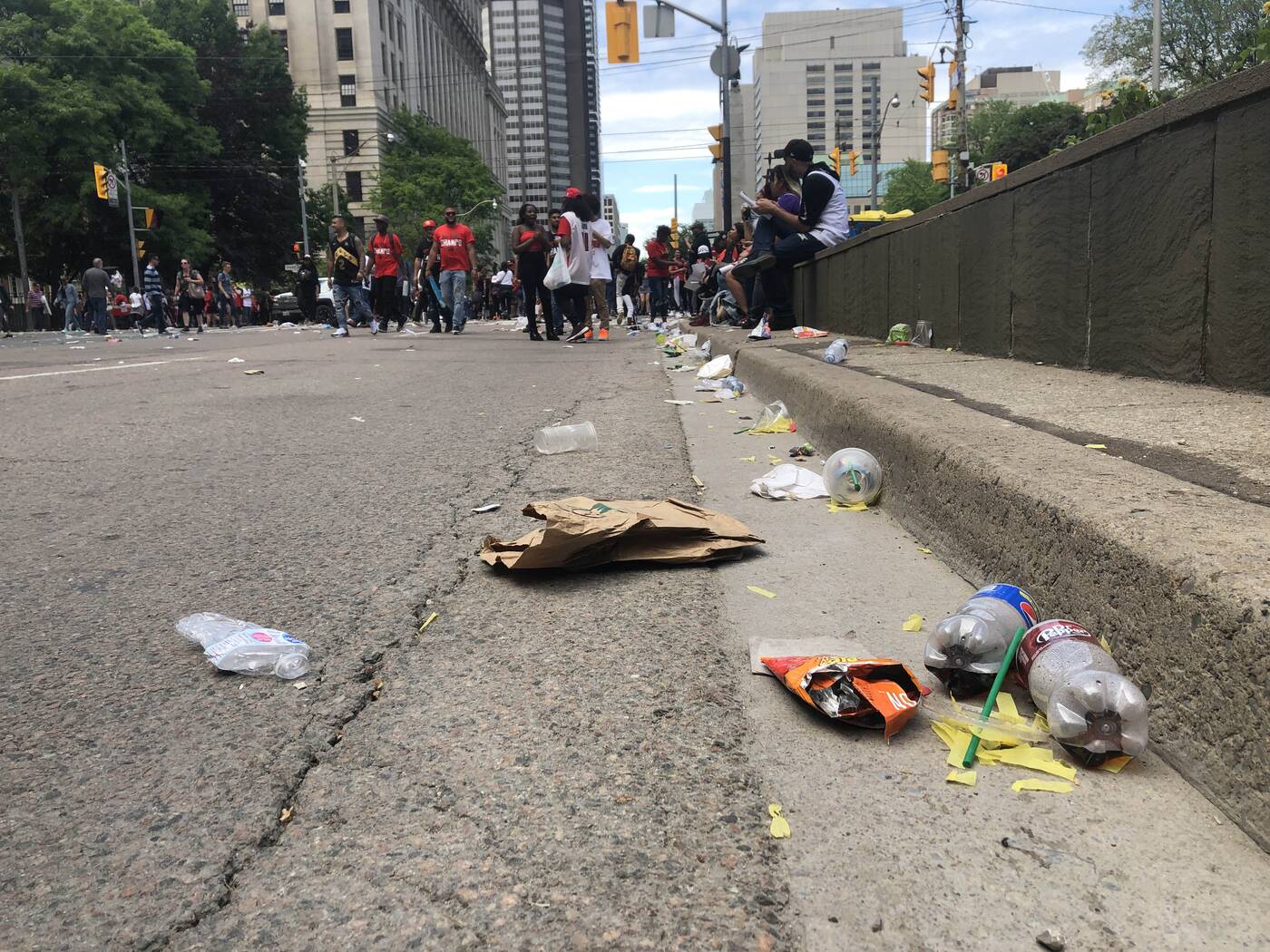 To their defence, it's not like members of the crowd had anywhere to put all of the garbage in their hands. Every trash receptacle in the area was overflowing long before the parade had even kicked off. 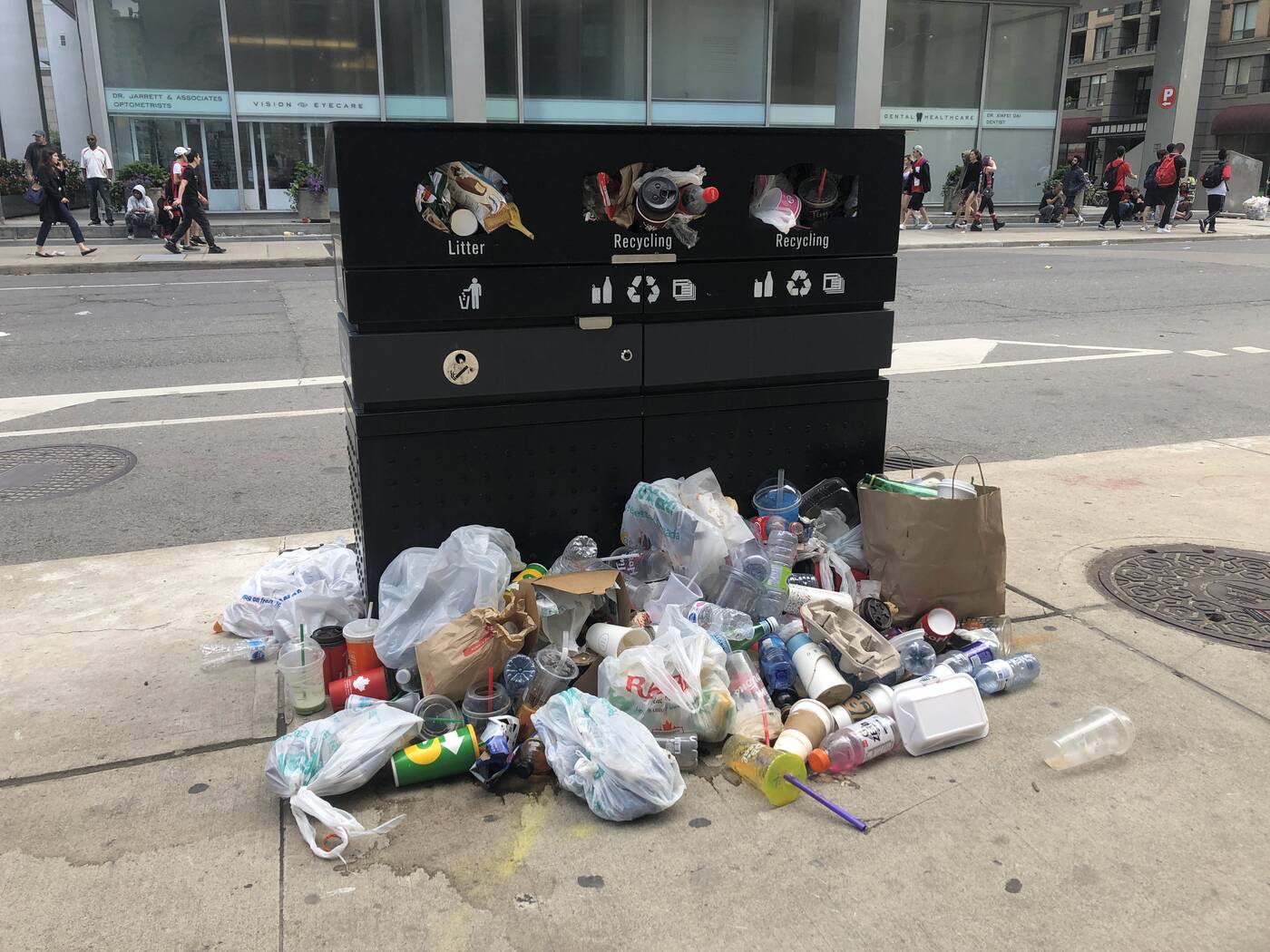 Fortunately, city crews were prepared for this exact thing to happen. Not even half an hour after crowds had moved on, multiple street sweepers could be seen doing loops of University Avenue south of Queen. 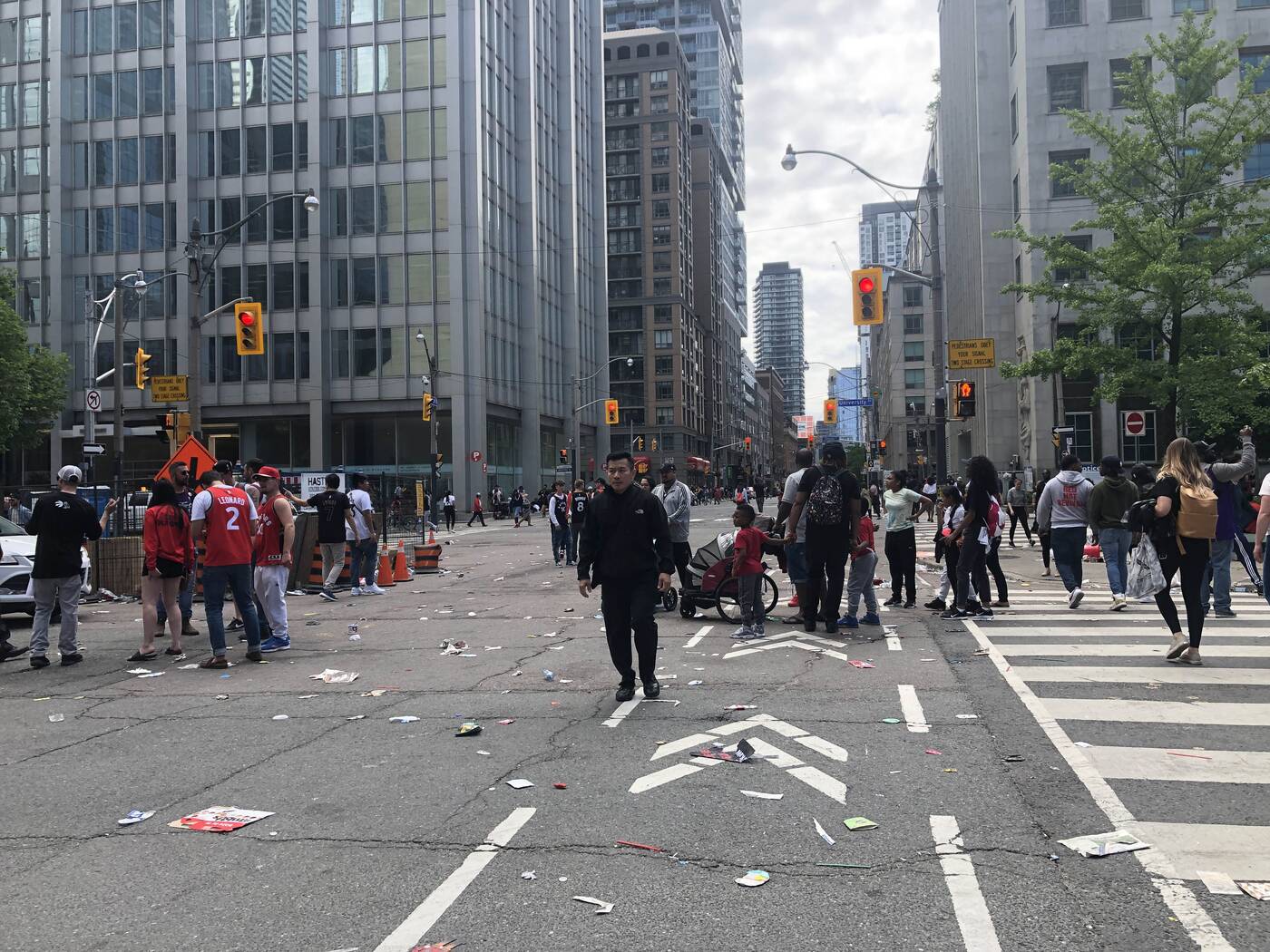 And in the end, it was all cleaned up by dutiful city staffers and enterprising can collectors. Some elite artistes even found beauty in the chaos as a breeze blew threw the freshly-vacated intersection.

If there's anything more symbolic of what happened in the streets of Toronto on Monday afternoon than a garbage tornado, I have yet to imagine it.