The Raptors parade is slowly making its way through downtown Toronto

How do you move an entire parade's worth of NBA superstars and the people who support them through two million frenzied, sweaty, uncontrollable sports fans?

Carefully, it would seem — and very, very slowly.

I think the buses are going to be stuck here a while. Lakeshore and york. Raptors parade. pic.twitter.com/YdrmAe5uc7

The Toronto Raptors NBA Championship Parade is now well underway through the city's downtown core, but it's taking a lot longer to finish than anyone had predicted.

MAN ALIVE! This is York & Front Sts. at the #RaptorParade They keep trying to guesstimate how many people are in downtown Toronto right now. Here's my guess: all of them. #WeTheNorthDay pic.twitter.com/6Uk3PPdOq6

As many as two million people are estimated to have gathered along the parade route, making it tough for anyone to move anywhere by any means.

To the people who drove downtown today, how did you think this would go? #wethenorth #toronto #wethenorthday pic.twitter.com/3FSe74w0pu

Pedestrians, cyclists, motorists and even police are finding themselves unable to navigate through the crowds bordering Strachan Ave., Lakeshore Blvd., York St., University Ave. and Queen Street West right now — as are the vehicles and buses in the parade.

A standstill downtown traffic jam is the most Toronto thing about this entire parade. #RaptorsParade

The #RaptorsParade has travelled 5km in 3 and a half hours, which is actually pretty good going for traffic in this city.

Things did kick off a touch late at Exhibition Place, with the first parade floats coming through the Princes' Gates around 10:30 a.m. 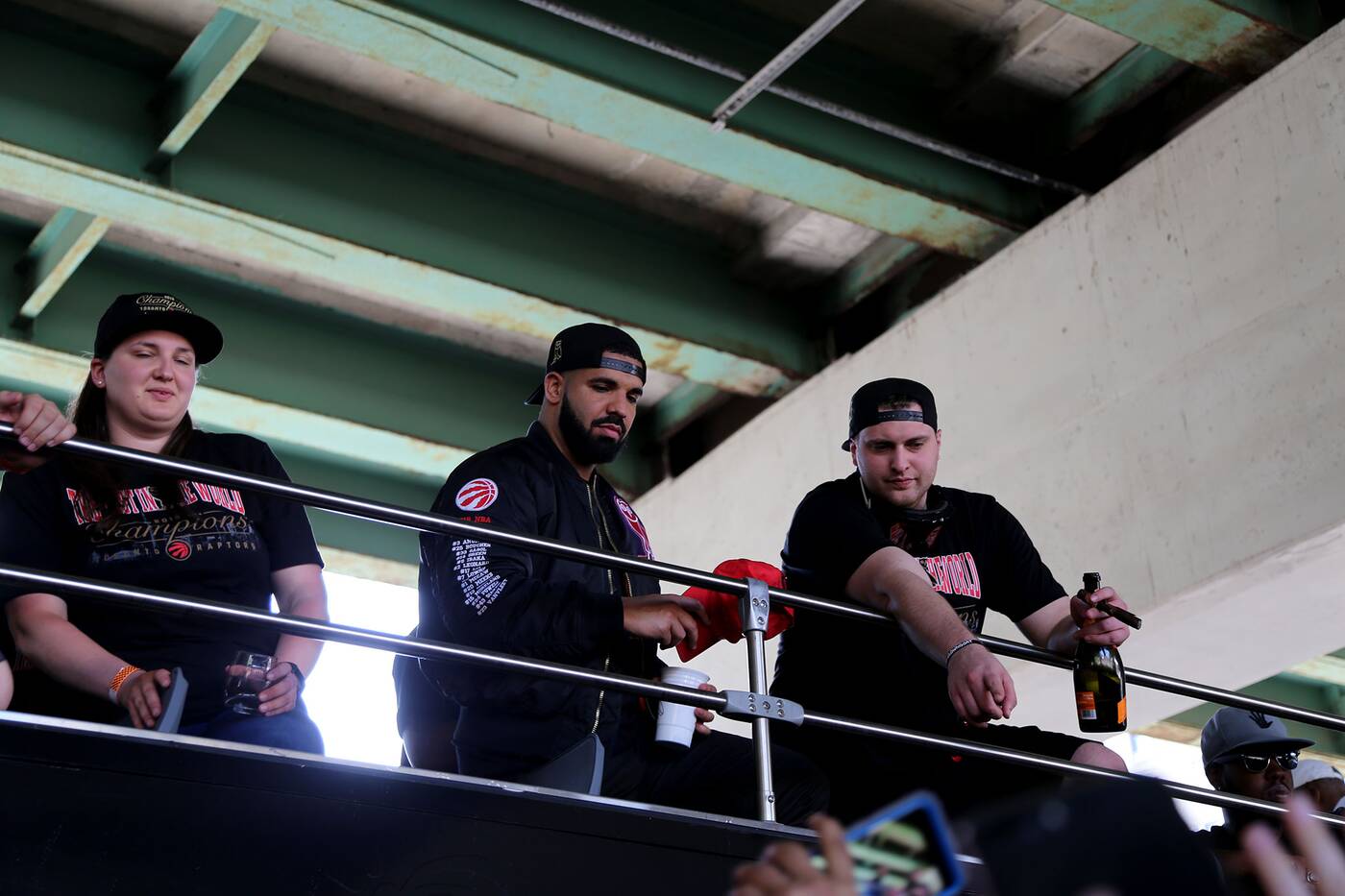 Drake interacting with fans at the Raptors parade along Lakeshore Boulevard. Photo by blogTO.

The procession was supposed to have arrived in its entirey at Nathan Phillips Square for a celebratory rally at 12:30 p.m.

As of 2 p.m., it's only now passing King Street on University.

Old City Hall is as far along Queen as I was willing to venture on my lunch break. It still took me 60 minutes to go 8 blocks. Young, old, men, women, children, all races and creeds. Everyone in #Toronto is very, very happy on #WeTheNorthDay. #RaptorsParade #Raptors #WeTheNorth pic.twitter.com/REmFTY8FE3

Crowds are growing impatient as the sun beats down, but the Raptors and their Global Brand Ambassador, Drake, remain in great spirits.

Norm Powell chugged some whisky after a fan threw him a bottle at the Toronto Raptors parade #Toronto #Raptors #WeTheNorth #WeTheNorthDay #RaptorsParade 🏆 pic.twitter.com/pFnnMhYw10

It may be taking a long, long time, but at least there's free champagne.