Toronto parade route is packed with fans to see the Raptors

The streets of downtown Toronto are rammed this morning with exuberant sports fans ahead of the city's — nay, the entire country's — first ever NBA Championship parade.

Queen and University is packed and the parade hasn’t even started yet #Toronto #Raptors #WeTheNorth #WeTheNorthDay pic.twitter.com/yOppEXADGL

The city has been buzzing ever since. 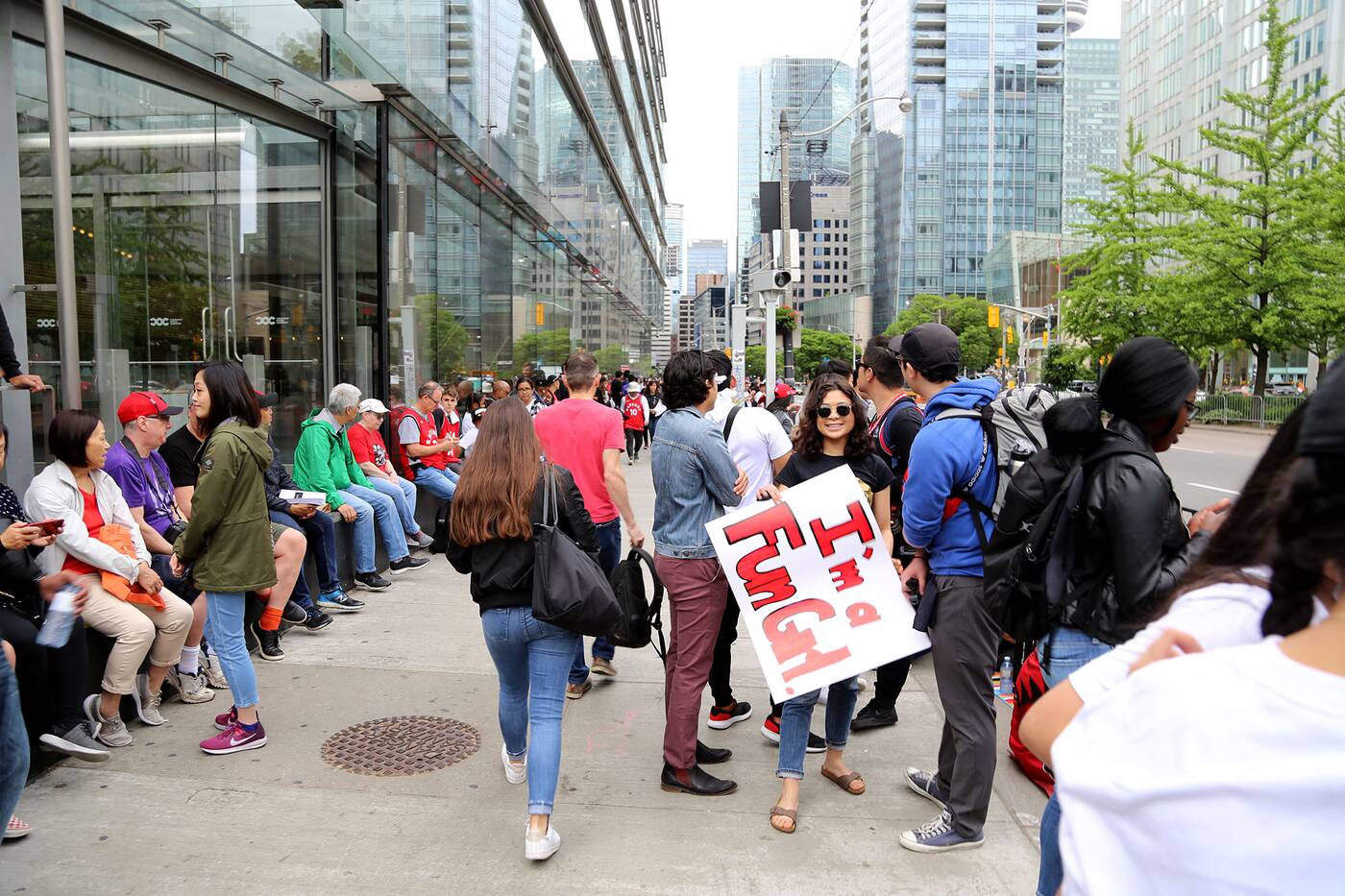 With their take-down of Steph Curry, Klay Thompson, Draymond Green and the rest of Golden State's All-Star lineup, the Raptors became the first team outside the U.S. ever to win the NBA Finals on Thursday night — and Toronto was there for it.

A wild Thursday night led to a quiet Friday morning, but the people are rested and once again stoked to cheer on their hometown heroes.

The official Toronto Raptors Championship Parade kicks off at 10 a.m. this morning at Exhibition Place's Princes' Gates, where fans have already been camped out since the wee hours in hopes of scoring a spot with a view. 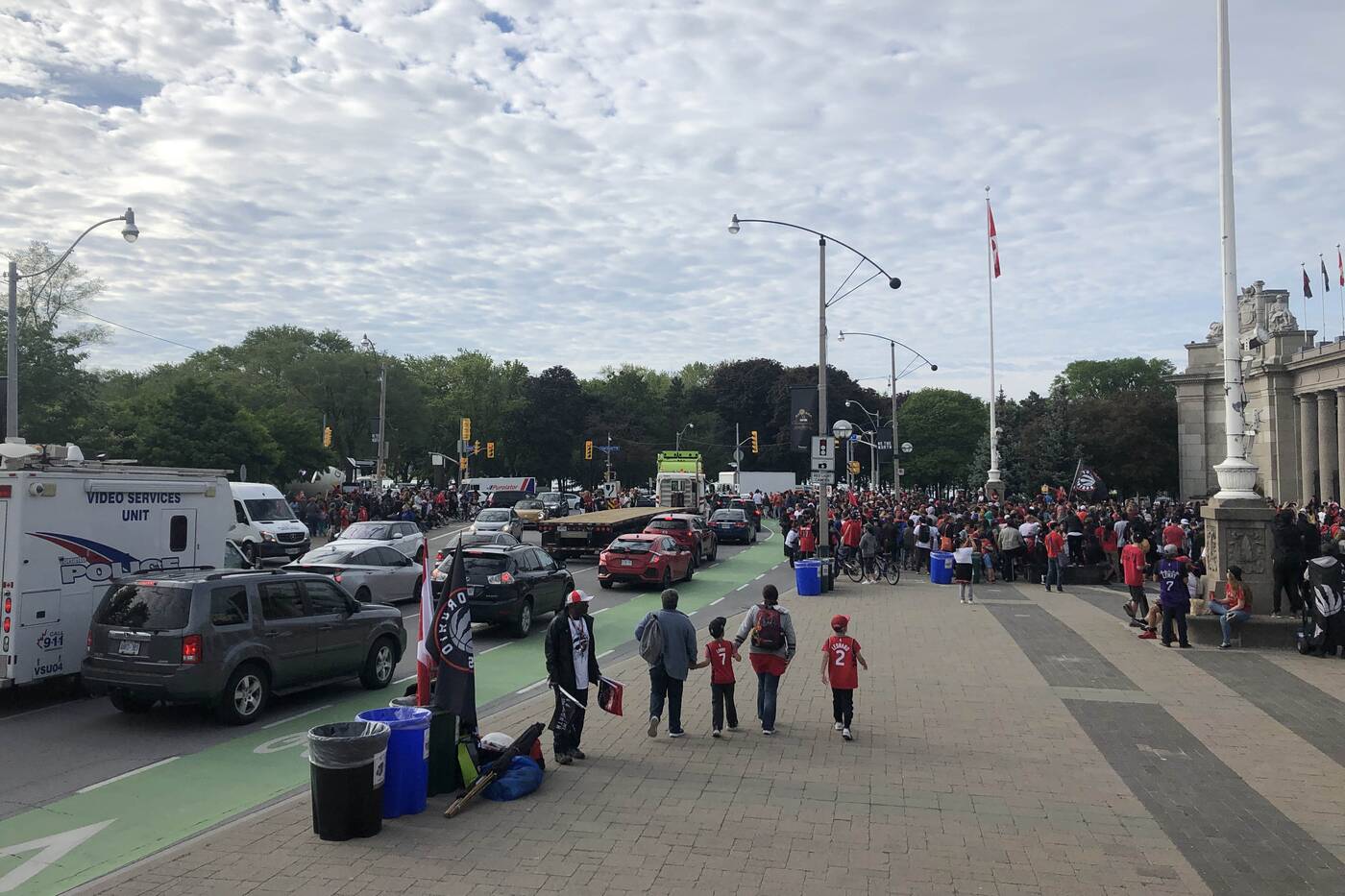 Unless you got there nice and early — as in before sunrise — good luck getting anywhere near the parade's starting point. 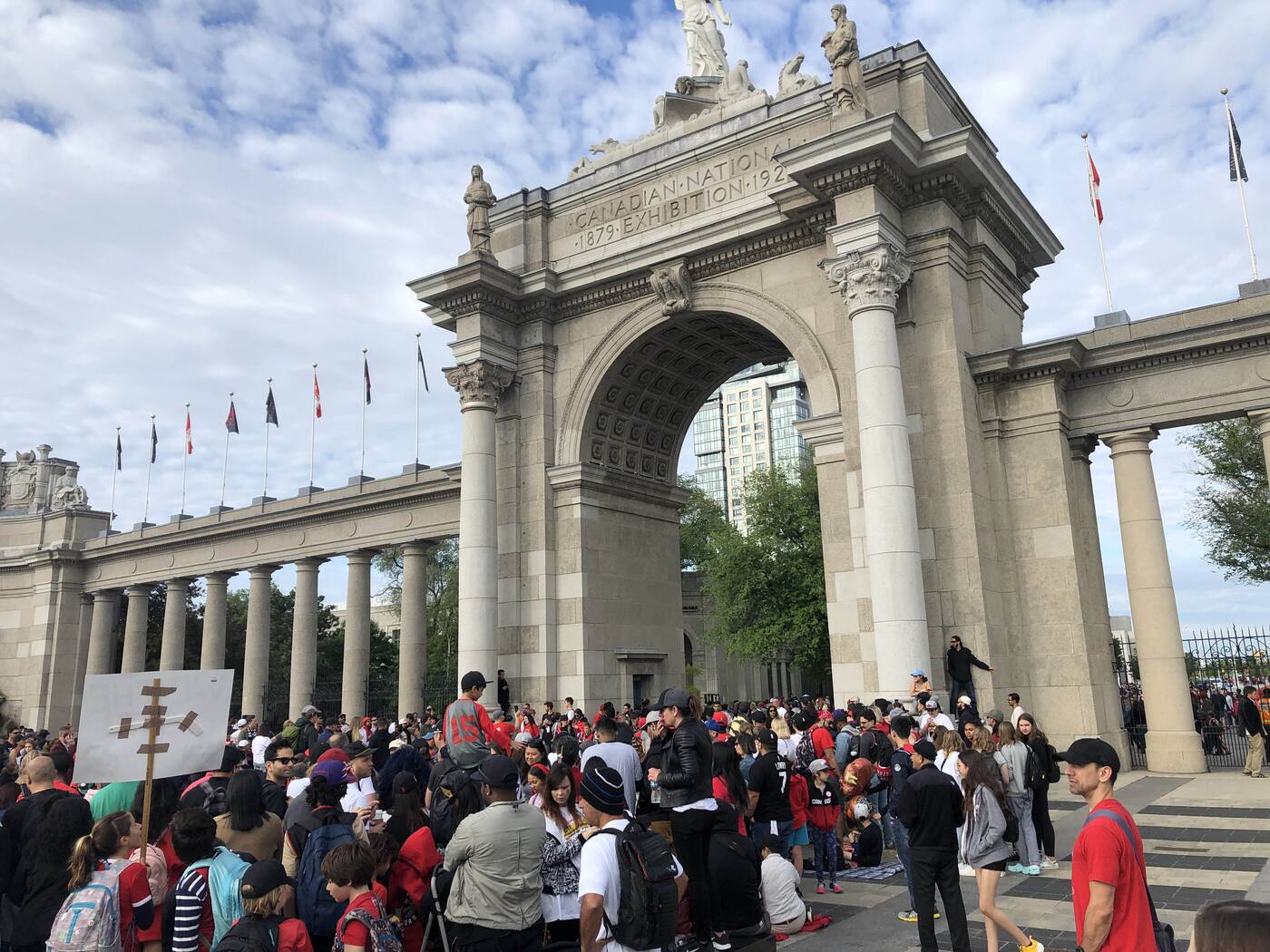 The procession, which is set to feature everyone from Drake to five buses filled with Raptors greats such as Kawhi Leonard, Kyle Lowry, Serge Ibaka, Pascal Siakam and Fred VanVleet, will head east from Exhibition place down Lakeshore Boulevard. 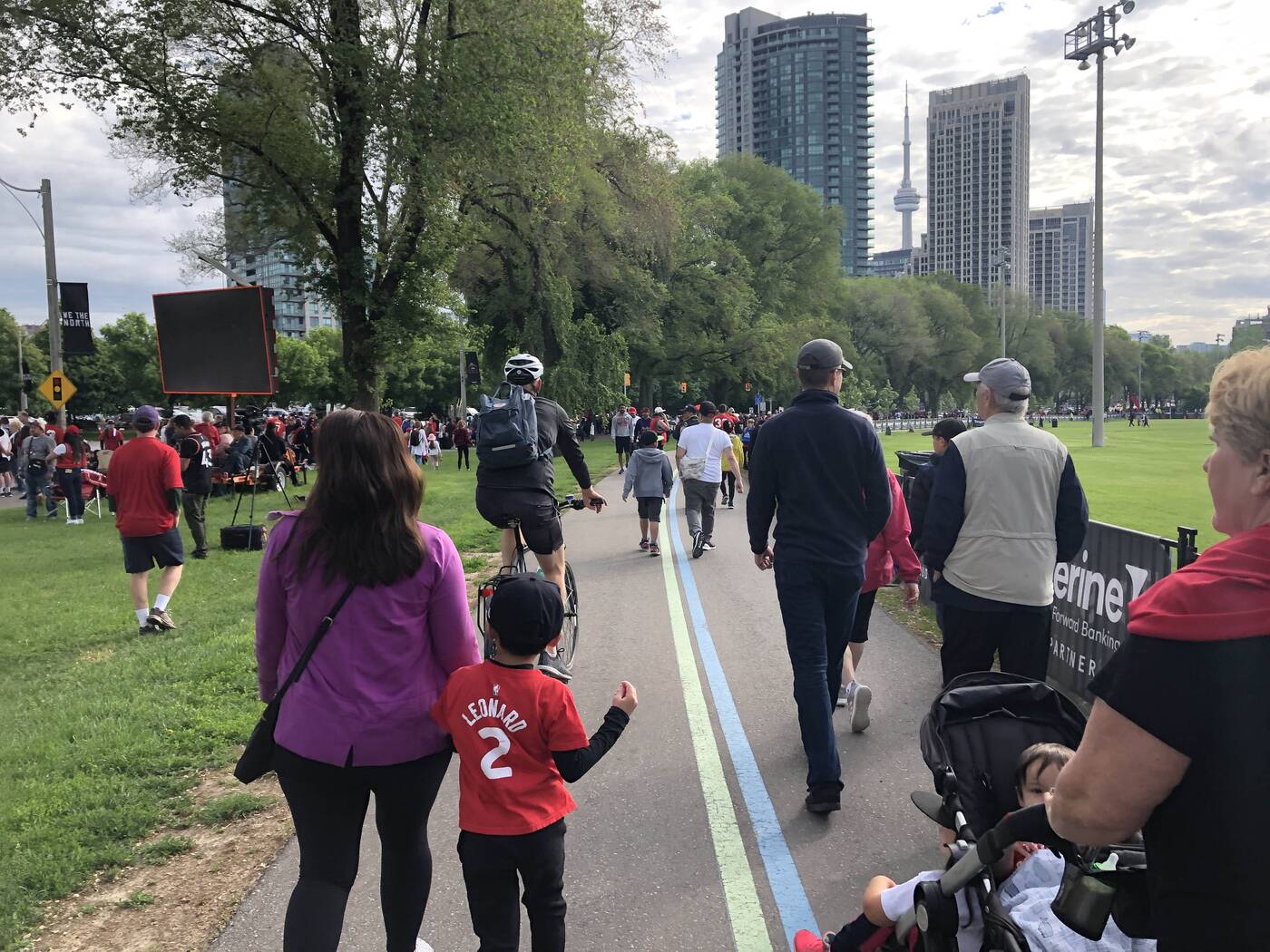 The sidewalks and roadsides running along Lakeshore between Strachan and York Street have been filled with people since early Monday morning. 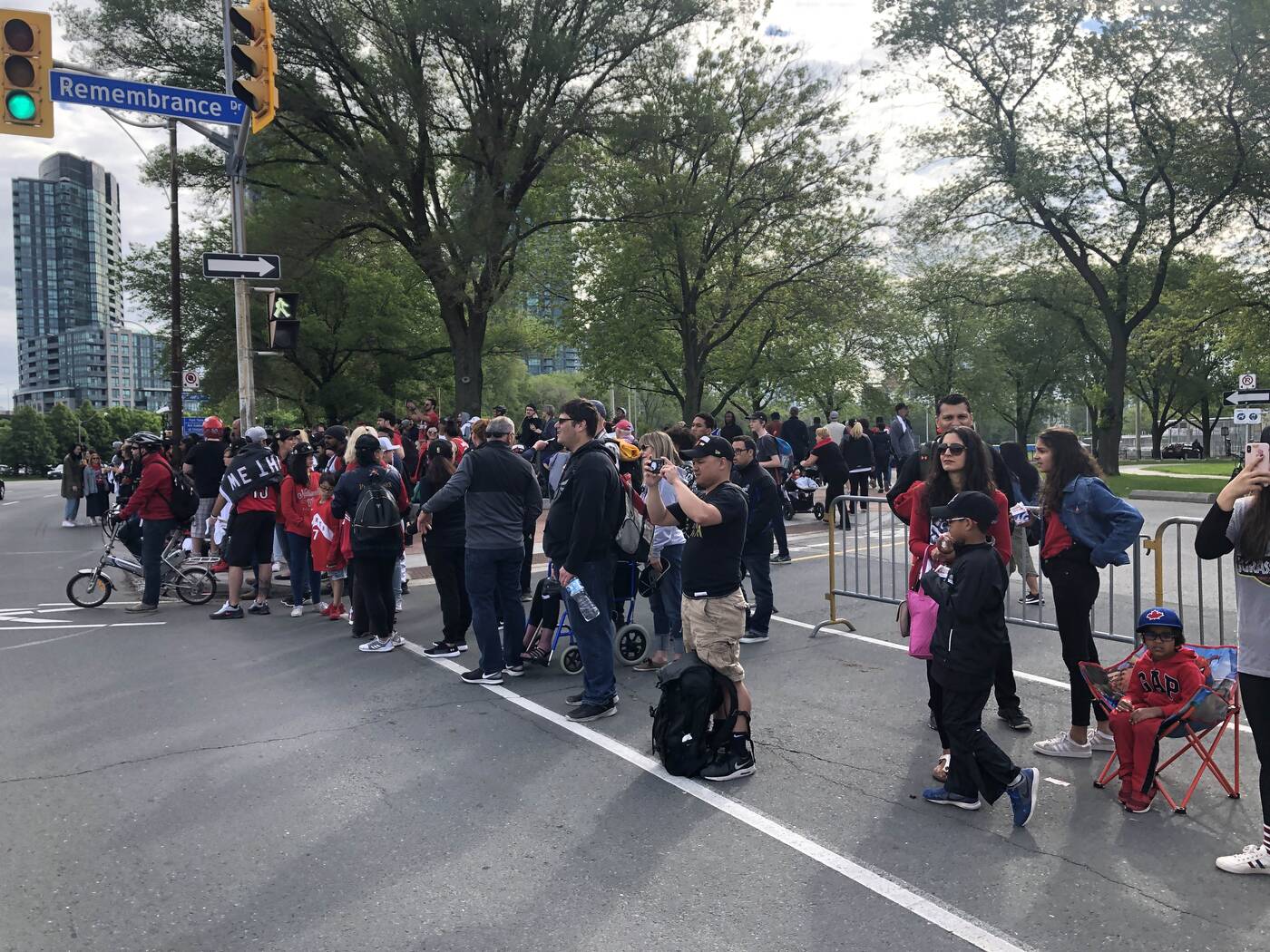 Heading north up York Street and University Avenue to dip east on Queen, the parade will finished with a massive celebration rally at Nathan Philips Square around 12:30 p.m.

The corner of Queen and University right now as fans await the Toronto Raptors parade that won’t be coming by here for hours #Toronto #Raptors #WeTheNorth pic.twitter.com/mbRHy0e3ju

The area surrounding City Hall hit capacity hours before the parade was even set to begin.

Lines are now starting to snake out from the parade route itself as people show up in hopes of seeing the action.

Good luck getting a coffee (or pretty much anything else) downtown right now. 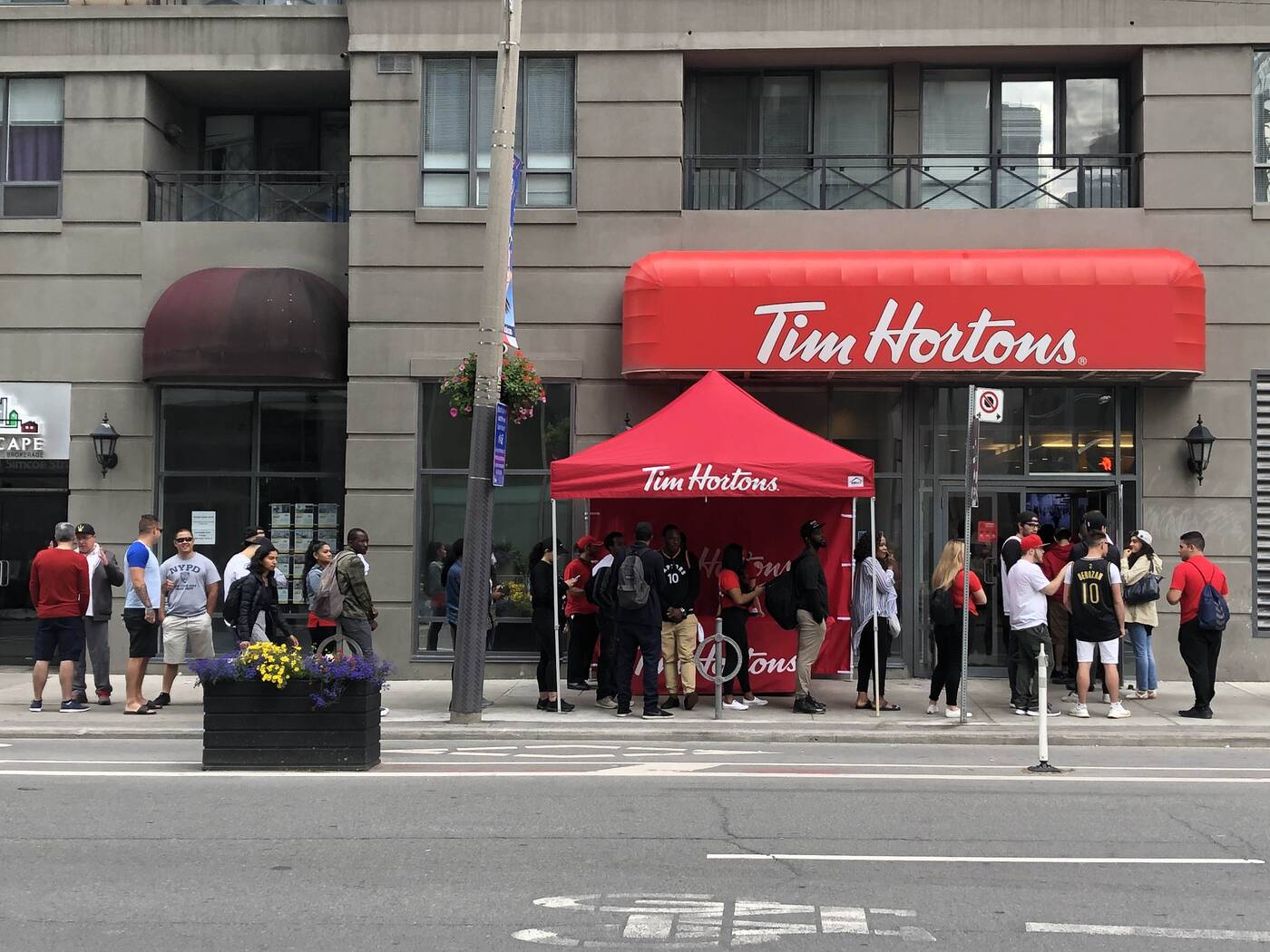 Have fun and be safe out there, Toronto.

Fingers crossed you can find a rooftop with a view because, if you don't have a spot along the route right now, you're very unlikely to score one.