How to spend a day in the Junction

The notoriously once dry Junction neighbourhood is one of Toronto's most happening 'hoods with new families mixed with younger creatives drawn to the neighbourhood's blooming indie restaurant, bar, brewery, and cafe scene. The still-strong European old guard is also prevalent, and on Dundas street corners you can bet on hearing Polish and Balkan languages spoken.

Situated between Runnymede on the west side and a cyclist's worst nightmare (the intersection where Dupont crosses Dundas to become Annette) to the east, Annette to the south, and the tracks behind Vine to the north, this relatively contained hood used to be called West Toronto, and the dog walkers I meet often speak in Eastern European accents; European bakeries in the neighbourhood still outshine the newbies, though the fresh blood on Dundas is what brings day-trippers here.

Here's how to spend a day in the Junction from morning to late night. 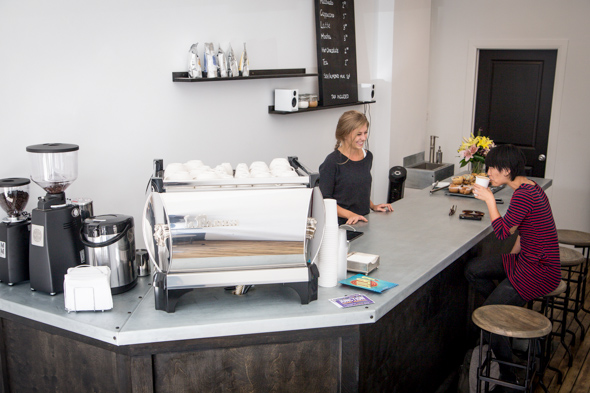 Newly opened Norwegian-inspired Kaffebar is a tempting stop and welcome sign of life on Dundas east of Keele, but most mornings I'll be at Good Neighbour on Annette, tapped into WiFi with a drip coffee or cappuccino and dog watching on the patio, or sitting snug indoors during rain or snow.

If I want more than a pastry but I'm not ready for a sandwich, I might stop by The Purple Onion for diner fare and nostalgia, Cool Hand of a Girl for a dainty meal, or Roux or Littlefish on the weekend.

A morning free in the Junction would have me giddy at the prospects of digging through Pandemonium's sprawling new(ish) location for books and records - though digging might be a little harsh - this is one of the best organized used bookstores in the city. If I can't find a book I have my heart set on, I'll walk a few blocks west to Dencan, one of the city's messiest, and The Book Exchange, which vibes like Toronto's antiquarian bookstores of old (try not to be intimidated) and boasts a hearty CanLit section.

If I'm not too hungry from all the book-hunting, I'll head east of Keele to check out some fish friends at Aqua Tropics, drool all over Junction Guitars, or try my hand mending my world-weary thrift finds at The Sewing Junction. 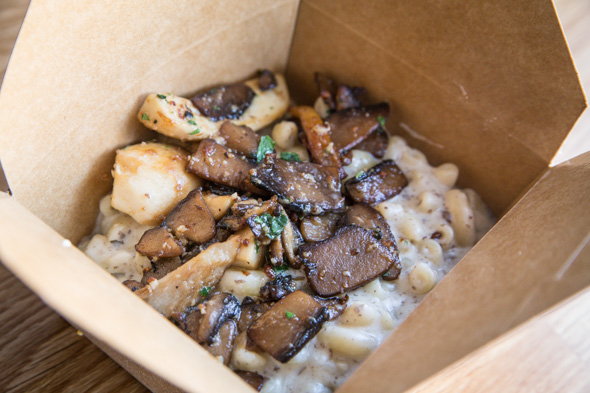 A creature of habit, I'll be looking forward to lunch from LAN Sushi all morning. The menu is delicious and affordable, staff are sweet (and sometimes give spontaneous treats), and it's a rare chance for me to be exposed to muzak or pop radio - though if it's sunny I'd opt to take a bento box and eat in a park or the steps of the the High Park Korean United Church.

Otherwise my feet might take me to Full Stop which is doing delicious food and drink in their expansive-feeling space just east of Pacific on Dundas. If a friend is visiting I might take them for some novelty fare at Cut the Cheese.

With bookstores out of the way, I'd take the afternoon to focus on the nieghbourhood's art, design and antique shops (so I'll need the whole afternoon). The old Junction Flea has moved out, but there are plenty of storefronts to visit. I'll start with quirky The Art of Demolition on Keele then enter my favourite: Mr. Antico, an affordable dig for everything from antique music players and pearl earrings to postcards and furniture.

Then I'll work my way along Dundas visiting Above Ground Art Supplies, Post & Beam, Smash, Forever Interiors, Scandinavian/Japanese design shop Mjolk, ARTiculations, Metropolis (moving soon to Castlefield), and Eclectic Revival, to name a few. After a semi-lull in businesses I'll find myself at the Runnymede Goodwill (731 Runnymede Road) for some of Toronto's best thrifting. 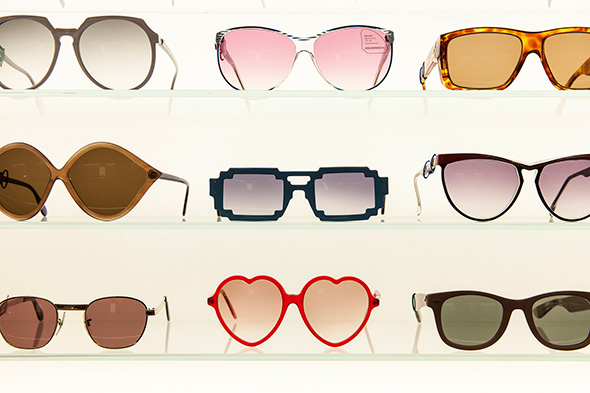 Between drooling over reclaimed pieces, lighting, art supplies, and antiques I'll also have stuck my nose into Kang Electronics and Metro Liquidation, where I can haggle a micro cassette deck for cheap (they don't really make those anymore!). I might pop into Junction Craft Brewing, then head back out to try on fancy specs at Opticianado and boots at Trap Door.

There's no question that I'm going to stop by Solero at least once. Pastries, cookies, and burek are all divine and famed outside of the neighbourhood, but it's the balkava (available in a myriad of variations) that I crave most constantly - with a coffee, and maybe a krempita treat if I want to impress guests. There's no seating, but I think that's what the Junction's ample park benches on Dundas were installed for. 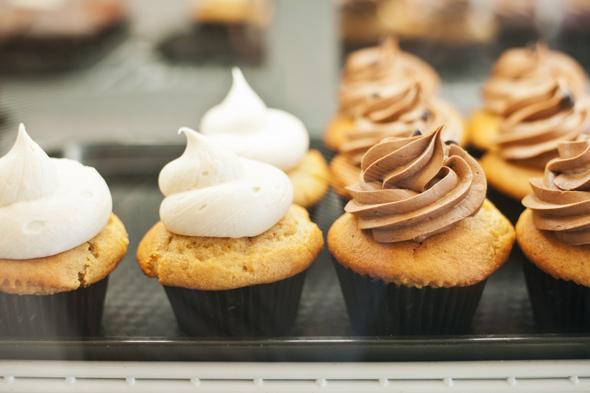 Still, I'm not opposed to a vegan cinnamon bun or cupcake from Bunner's (or a non vegan one from Sweet Trolley next door), samosas from Curry Twist, or cutting my sweet tooth on homemade ice cream or specialty chocolates at Delight. If I'm on the run I might also consider a juice from Raw Chemist.

If it's Tuesday, dinner is toonie tacos at Revolucion - I never got this place until I visited on a Tuesday. If I'm up for Asian I'll go to Pho Huong or Baan Thai - though my real desire will be to order out from Indian Kiss on Keele, who boast a stellar vegetarian menu but don't have an eat-in option.

If I'm taking a friend out, I'd consider neighbourhood fail-safe, pizza at Vesuvio or new digs NODO's Italian eats. Healthy Humble Beginnings on Dundas at Clendenan might also entice, or there's Indie Alehouse for beer and snacks. 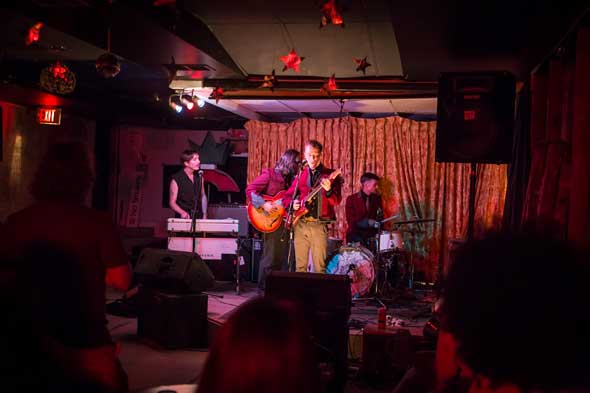 The Junction made our list of underrated neigbourhoods for live music for a reason. Restaurants with stages are common in the Junction, and with the addition of 3030 and Junction City Music Hall things are only getting better.

If no live music is in the cards (which is usually the case before mid-week) I'd start at Shoxs for a game of pool before ending up at Hole in the Wall sipping cocktails, trying to limit my oyster intake, and date watching.

The Junction isn't a great place for late night munchies, especially before Friday. Jumbo Burger on Runnymede is saving the day (I mean night) by serving until 2AM all week long. On the weekend there's a late night taco menu at Playa Cabana Cantina or a take out slice at Vesuvio's.

What did I miss? Add your suggestions for how to spend a day in the Junction to the comments.