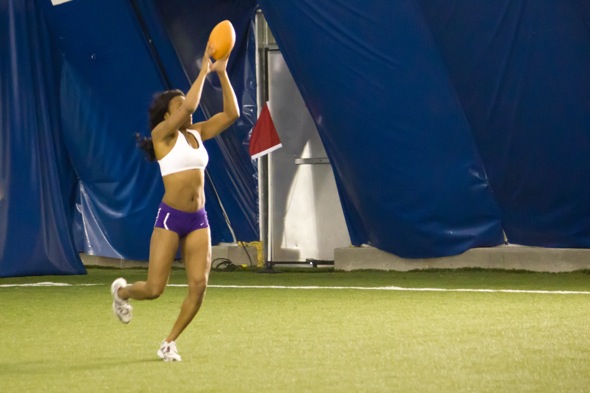 The LFL has been criticized by many for being a sexist attempt to get guys to tune in - and in a league that judges both athletic ability and appearance, it's hard not to side with the critics. A quick glance at the clipboards carried by LFL staff revealed your typical notes about the athletes - "fast" and "great throw" were among them. However, there were also notes like "lose weight" next to some of the names. And one woman - who ended up making the first cut - was told by LFL Founder Mitchell Mortaza that he "didn't like" her tattoos. 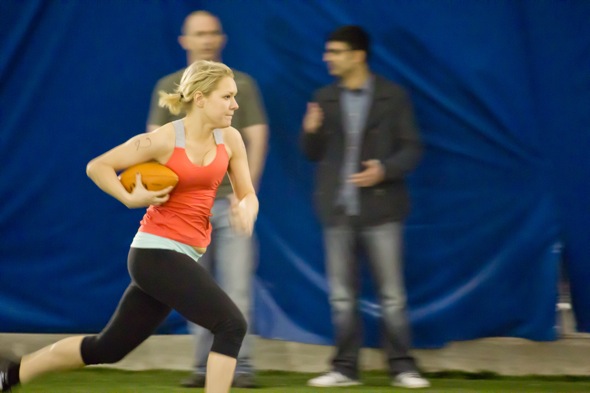 But to play full-contact football, athleticism is just as important (if not more important) than looks, which Mortaza made clear by telling the 110 women who showed up if they were here just to "look pretty" and be on TV, they could leave. Fifteen minutes later, he was screaming at a group of giggly, chatty girls. "This is way too much talking for a football camp! If you're goofing around, you're not focusing - this isn't cheerleading! Don't waste my time, and don't waste your time." 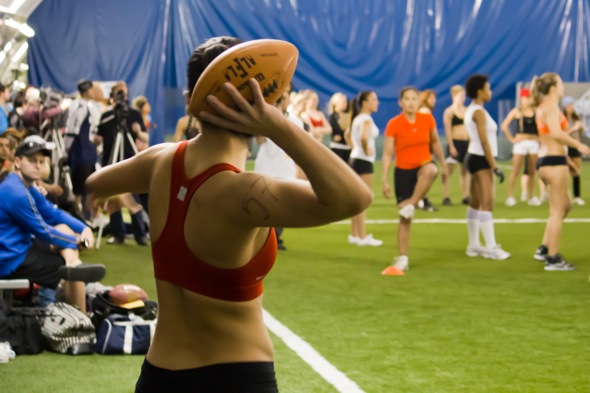 The message seemed to get across, and the women got down to business running, throwing, catching, and tackling their way through an intense three-hour tryout. 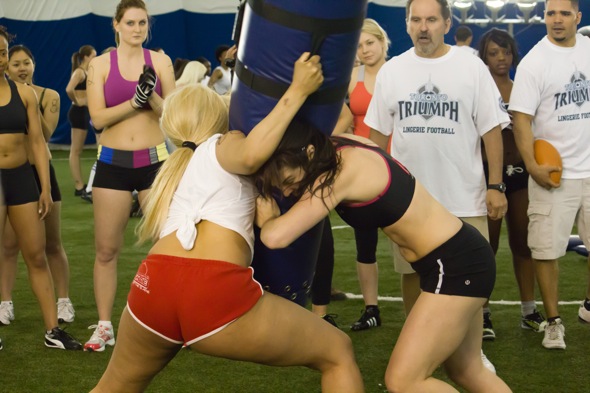 "I'm a definite jock - and I used to act and model, so this was a perfect fit for me," LFL-hopeful Elizabeth Harding tells me in between drills, before adding that she's been a fan of the league for quite awhile. "I've been waiting for it to come to Canada!" 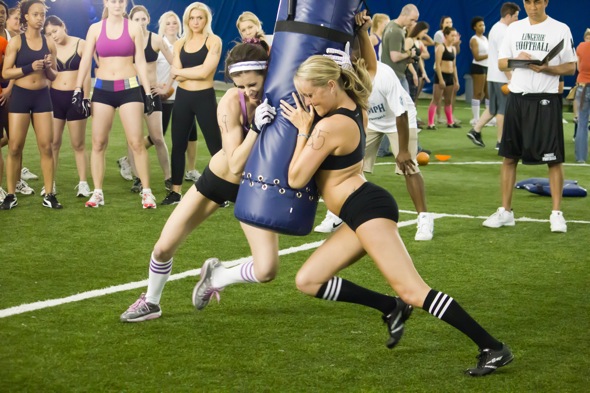 While most - if not all - the women trying out were football-loving athletes like Harding, some appeared to be more interested in being on a national team than anything else. Those who weren't serious - or weren't fitting into the LFL model - were cut throughout the tryout.

Overall, the competition was rough - and by 7 p.m. the women had the cuts, bruises, and one dislocated shoulder to prove it. 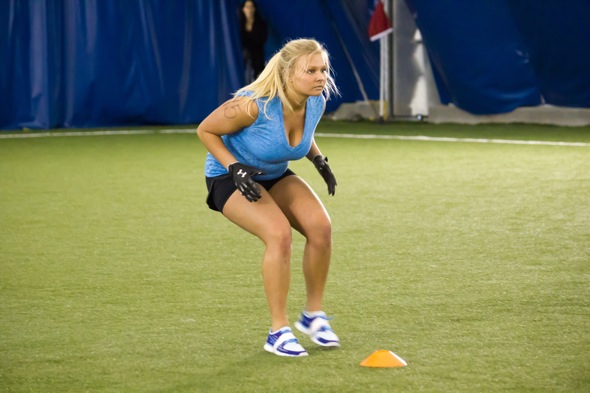 "The girls here are just awesome," gushes Krista Ford (above), who is the daughter of Councillor Doug Ford and Mayor Rob Ford's niece. "They blew me away. It's really really tough, and it's going to be really, really tough to make the cut." 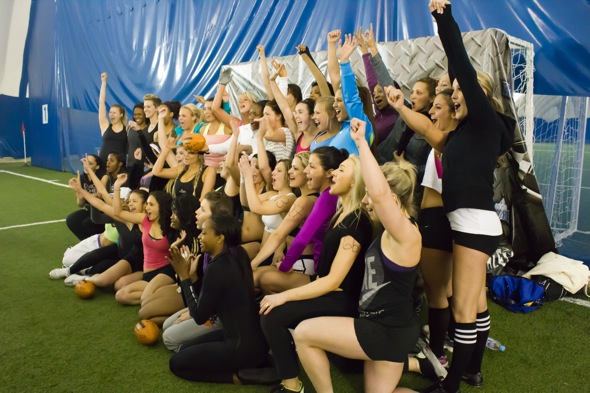 In the end, roughly 40 women were selected to attend a mini camp in the coming weeks - Ford was one of them. From there, the group will be cut down to 25, and eventually, to a 12-person roster and 6-person practice roster. 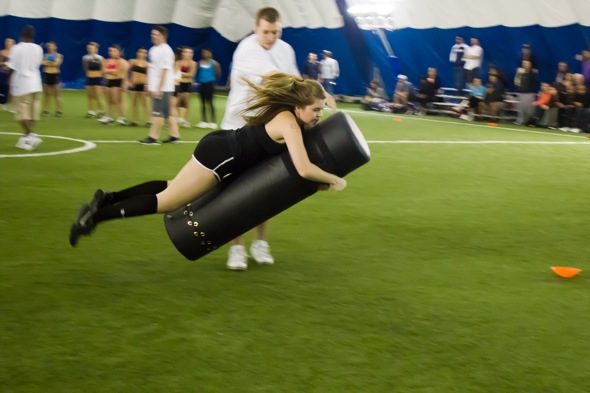 According to Mortaza, there will be one more open-tryout coming to Toronto before the final team is selected - likely sometime in May. 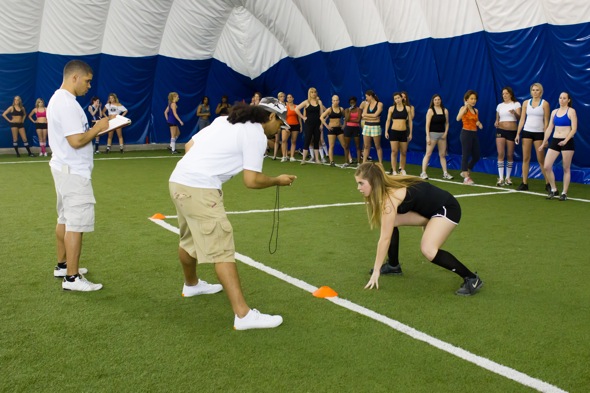