Located in the Bay Lower Concourse (look for signs), the revamped space resembles an aisle of five food vendors. Each storefront is accompanied by sleek seating that runs adjacent to where you pick up your food, making it easy to dash in and out. 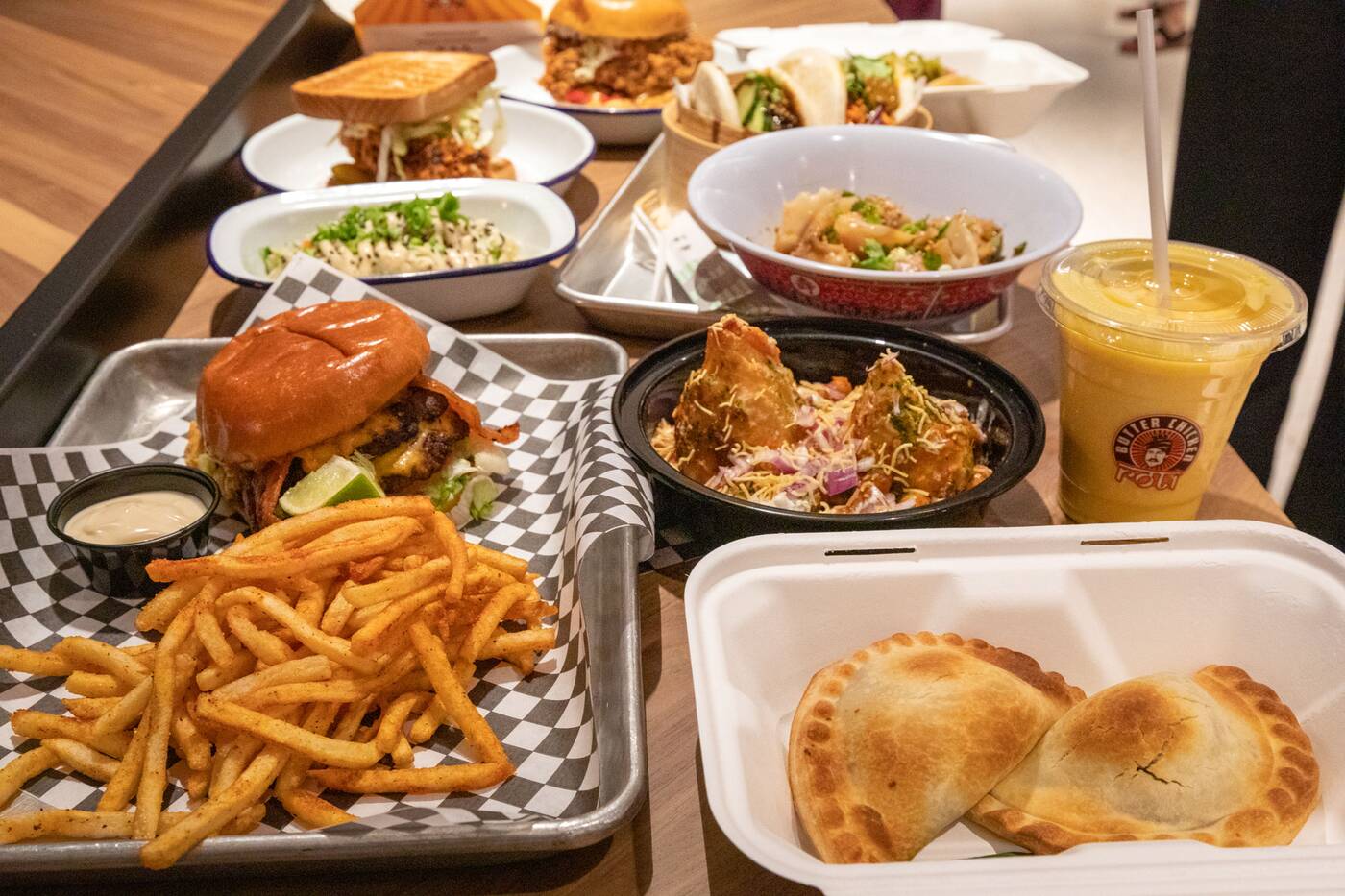 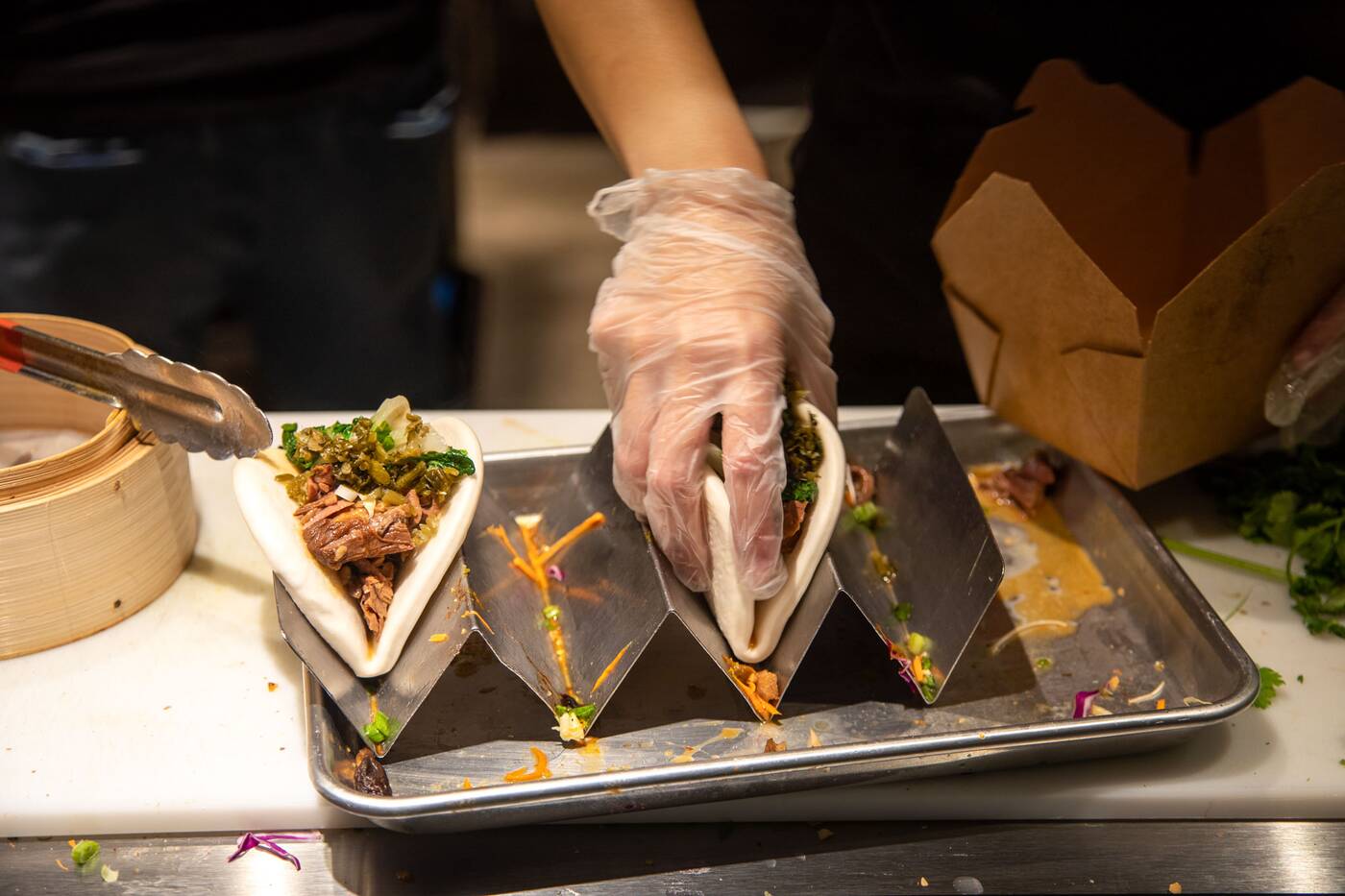 Union Station welcomes a whopping 300,000 visitors daily, so food lovers and newcomers would be happy to know they can grab anything from dim-sum to fried chicken sandwiches at the market-style hall.

The space also filters directly to the Scotiabank Arena.

I had the chance to check out some of the food being sold here. This is what you can expect: 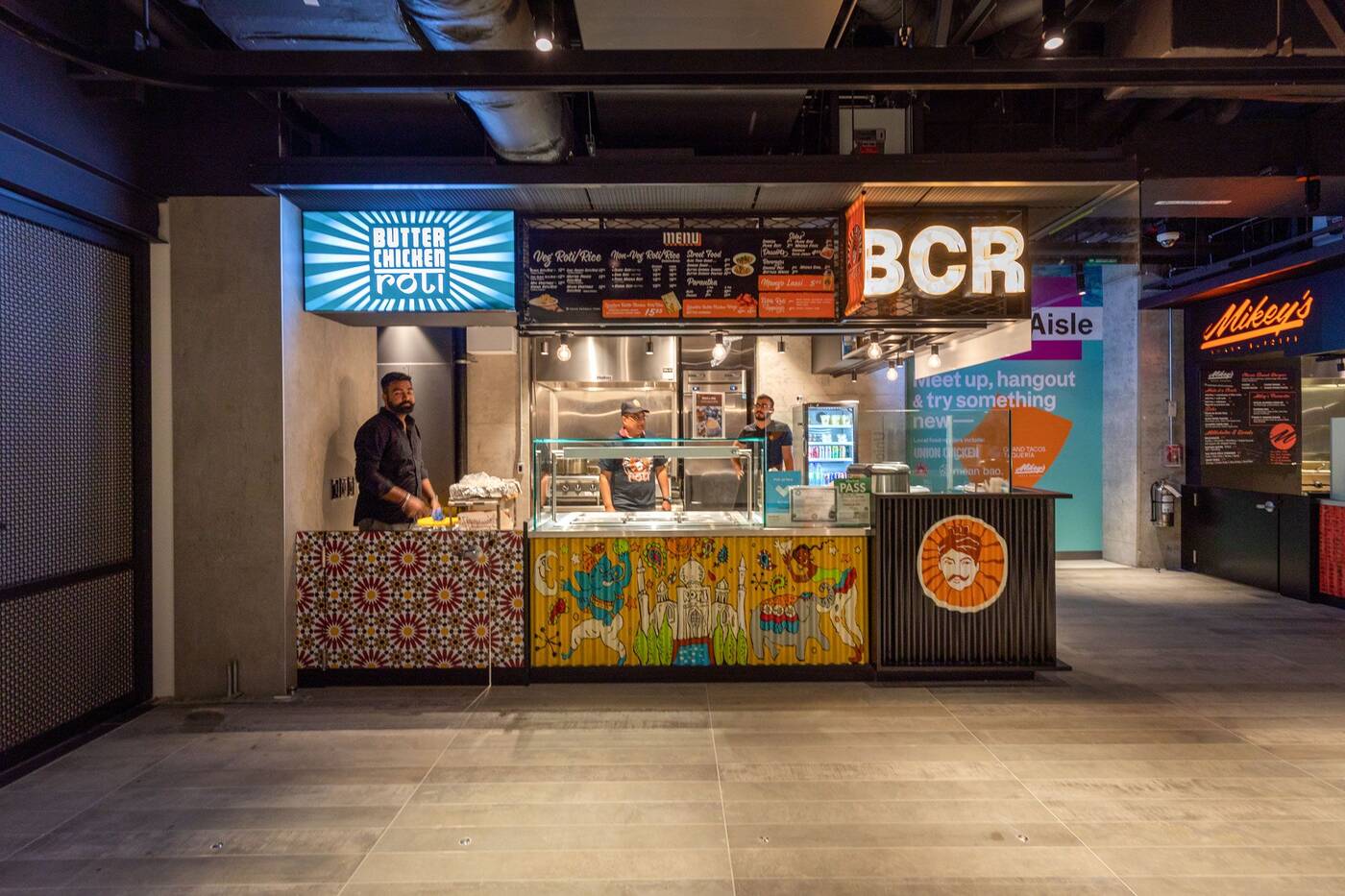 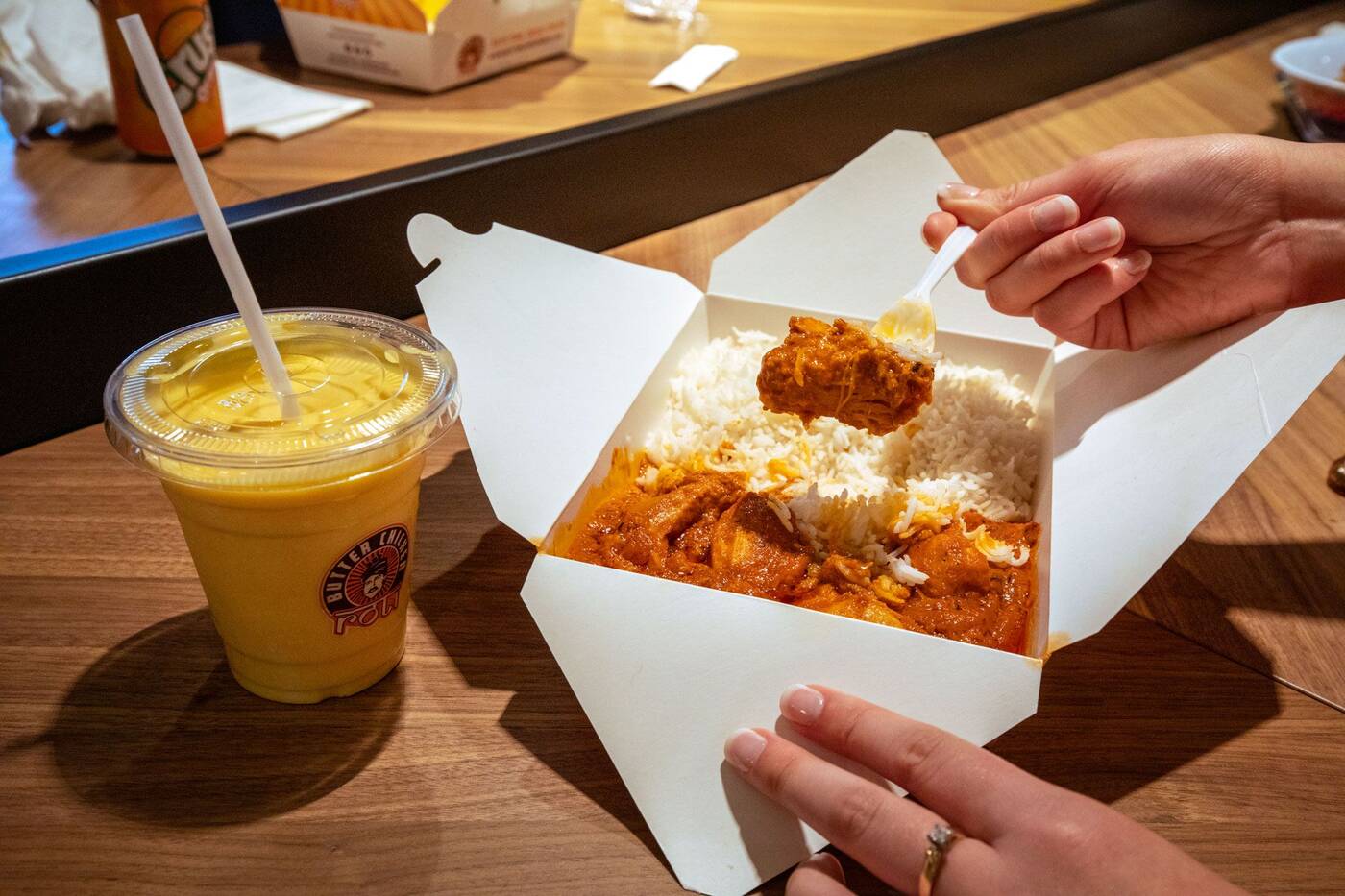 I tried their famous Butter Chicken with a side of basmati rice ($14.95). You can also get the chicken wrapped with a roti, or with roti on the side.

The signature dish features pieces of boneless chicken breast that are cooked in the restaurant's creamy butter chicken sauce. The portions are pretty hearty, and it's hard to beat the delicious rich flavours of the classic tomato-based dish when it soaks into the rice. 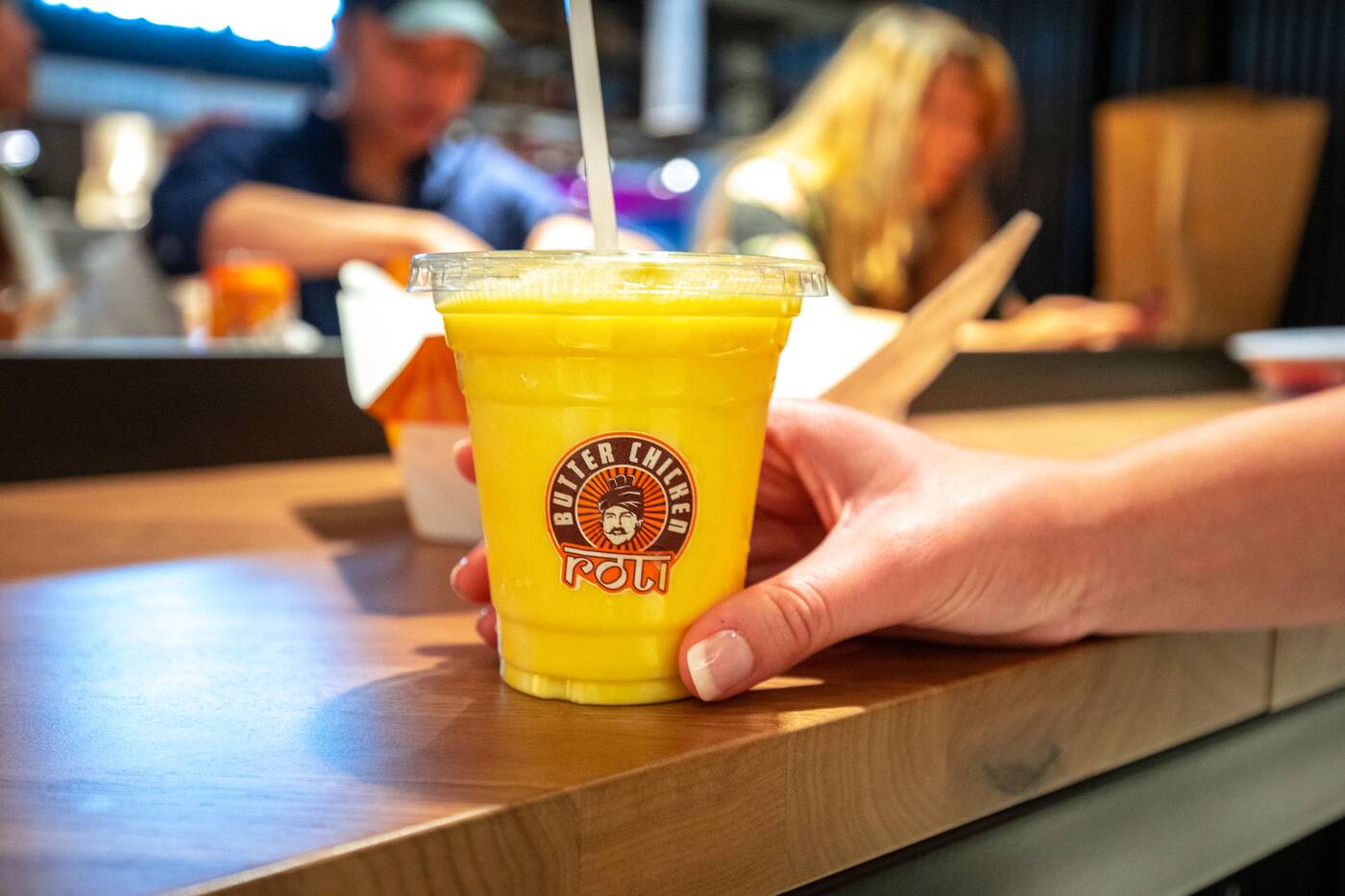 The juice-like drink has the consistency of a smoothie, and I felt it didn't need the extra sugar given how sweet the fruit used in it was. 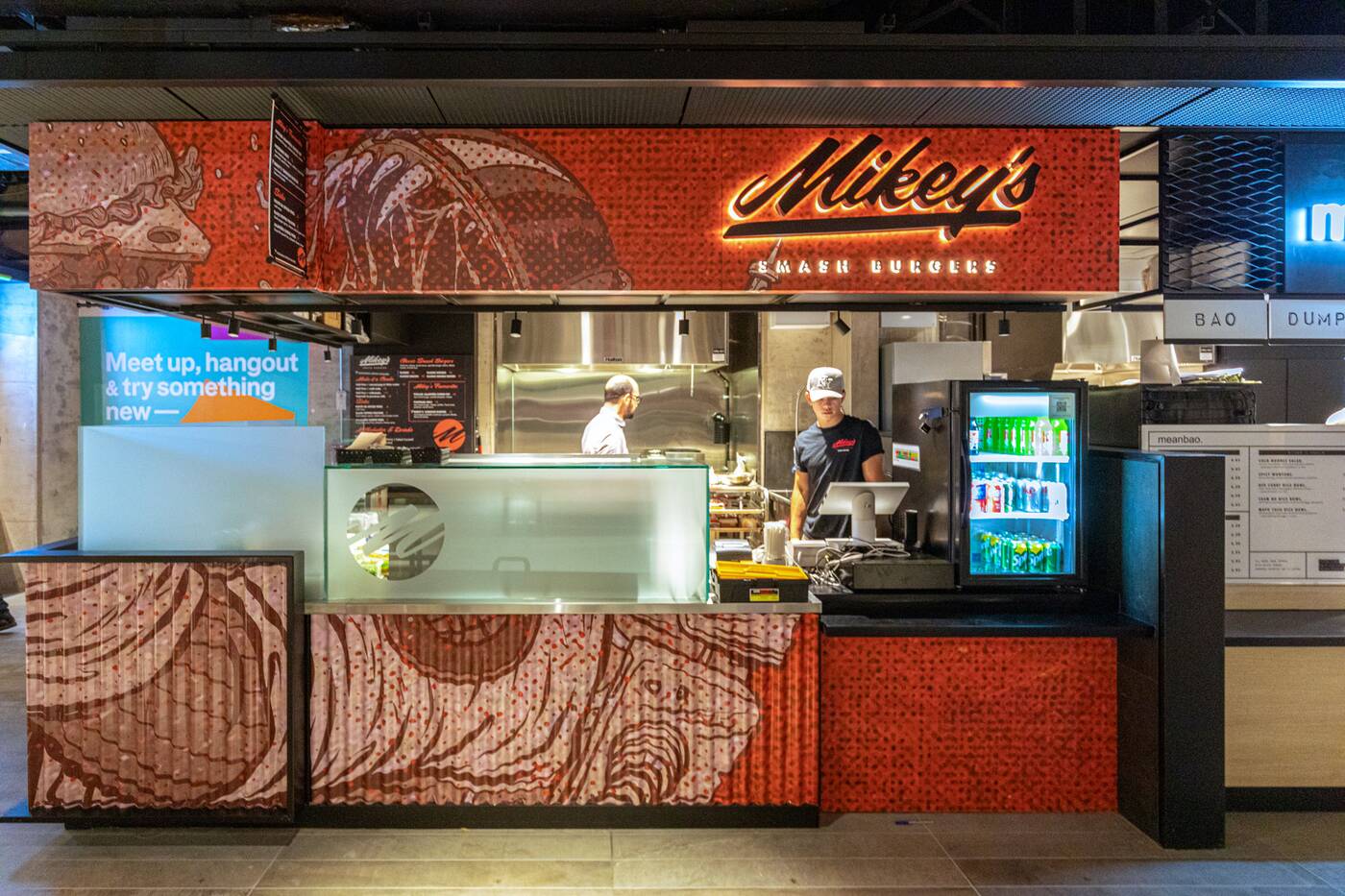 Mikey's Smash Burgers is a project from chef Michael Angeloni who also heads Amano Pasta (which has a location in Union Station), Amano Trattoria, and Union Chicken.

The cool thing about this spot is that they only use locally-sourced, hormone- and antibiotic-free beef in their burgers. 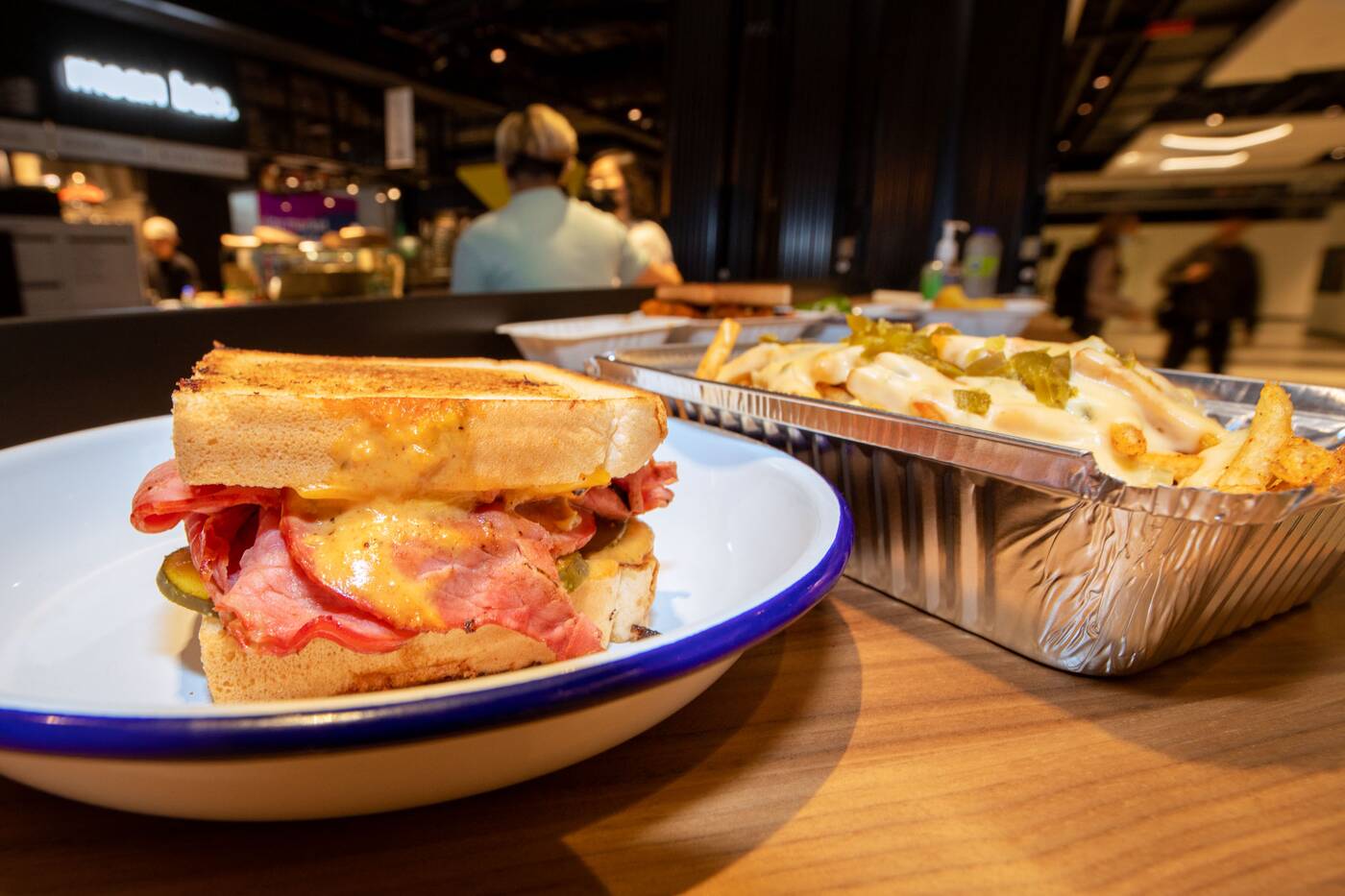 I tried the Pastrami Patty Melt ($13) which layers slices of pastrami on a four-ounce chuck burger with loads of cheese, pickles, and their secret sauce between two slices of Texas toast.

The sauce is a mix of condiments including ketchup, mayo, mustard and relish which left me wondering what was in the sweet, sour and savoury sauce. 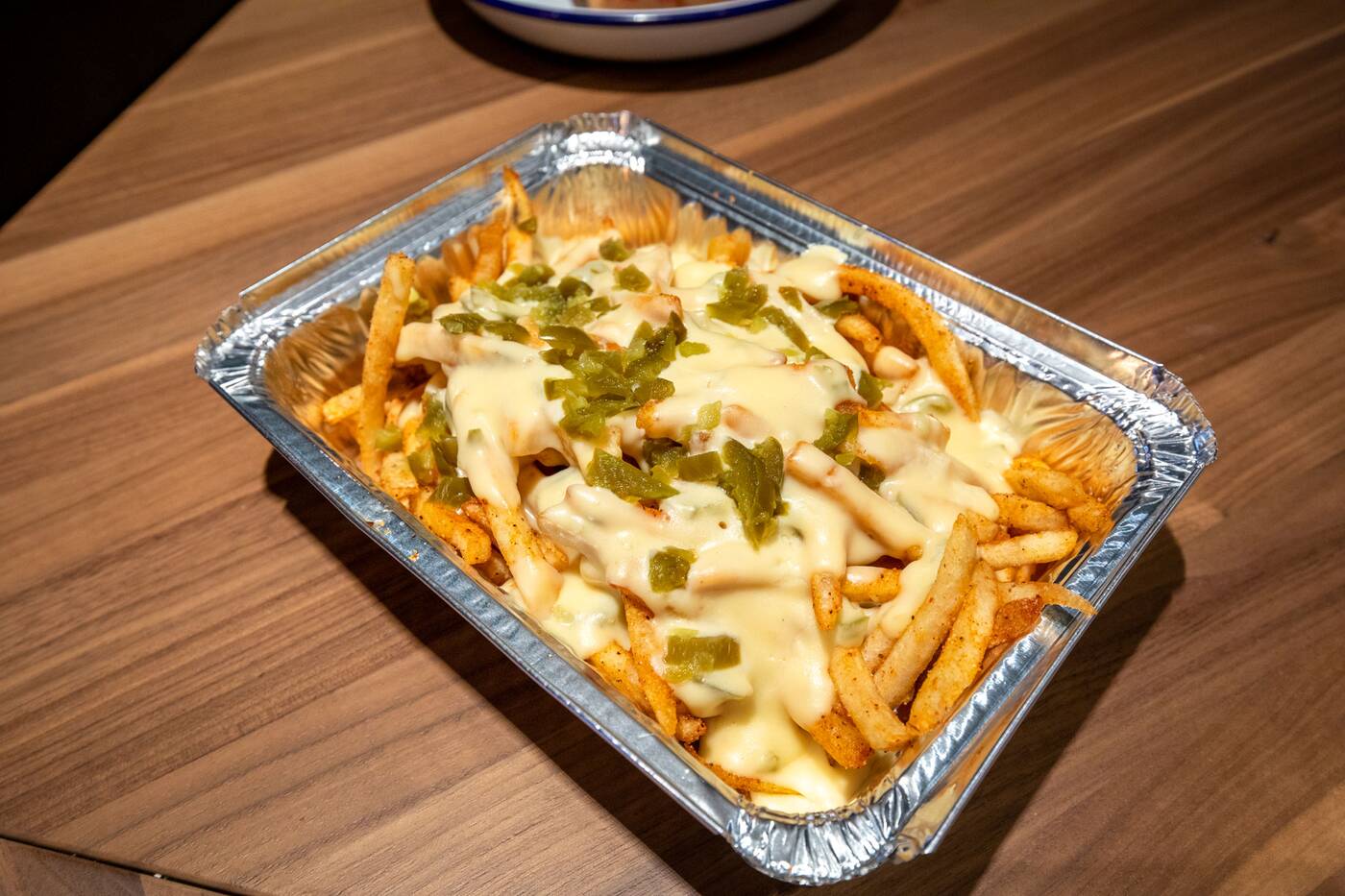 The Jalapeno Fries ($9) was a hit for me. It's a huge serving of Mikey's Route 86 spiced fries that uses their homemade chicken spice blend, that's loaded with a heavy helping of jalapeno cheese sauce.

It's a gooey marriage between potatoes and cheese - you can't go wrong with that - with scattered bits of jalapeno peppers. The latter adds a mild kick to the already delicious menu item. 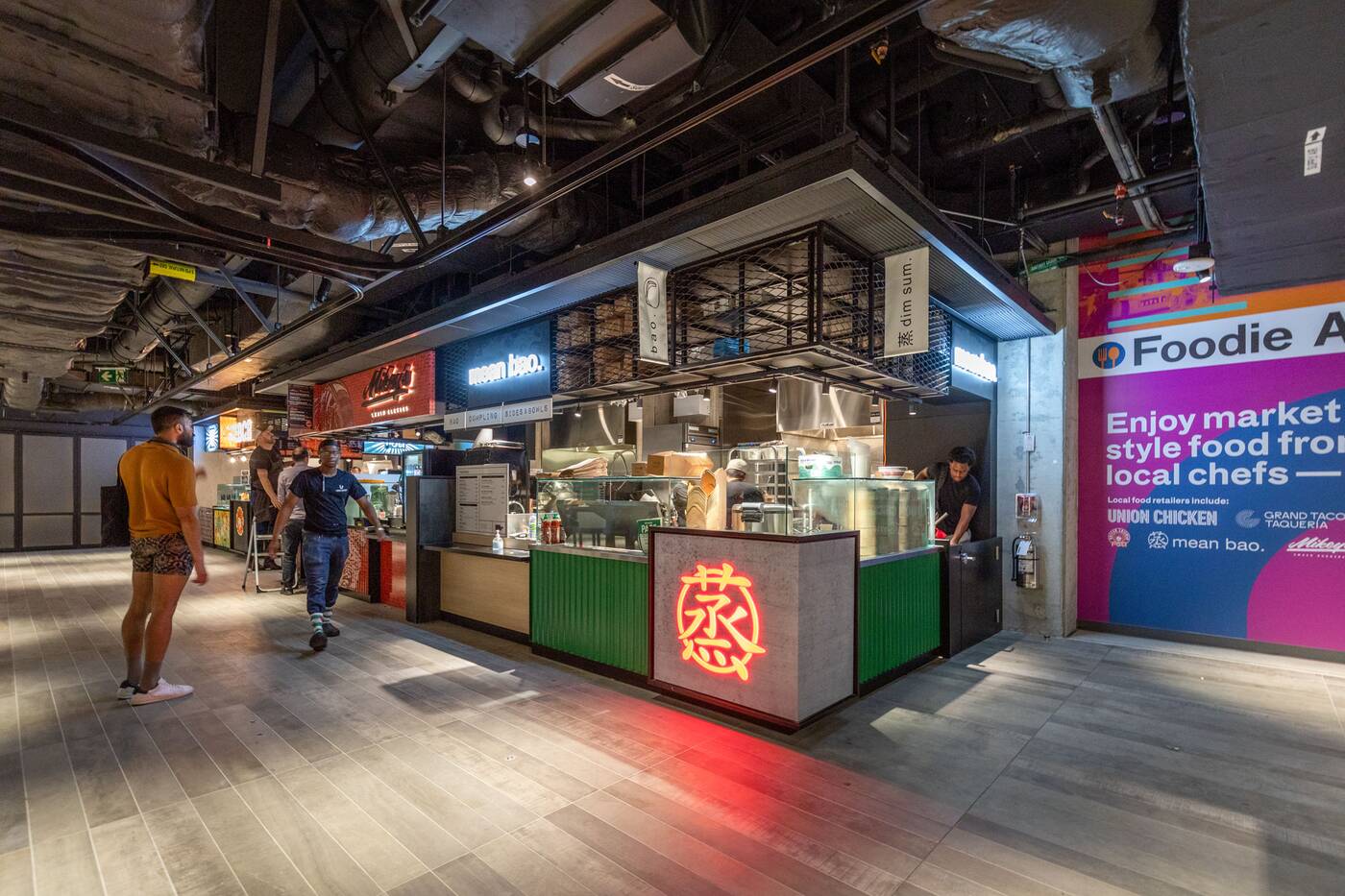 Mean Bao has six locations across the city, including this grab-and-go storefront at Union Station. One of their top menu items is the made-to-order steamed dumplings, but you can also enjoy noodles, rice bowls and of course, bao. 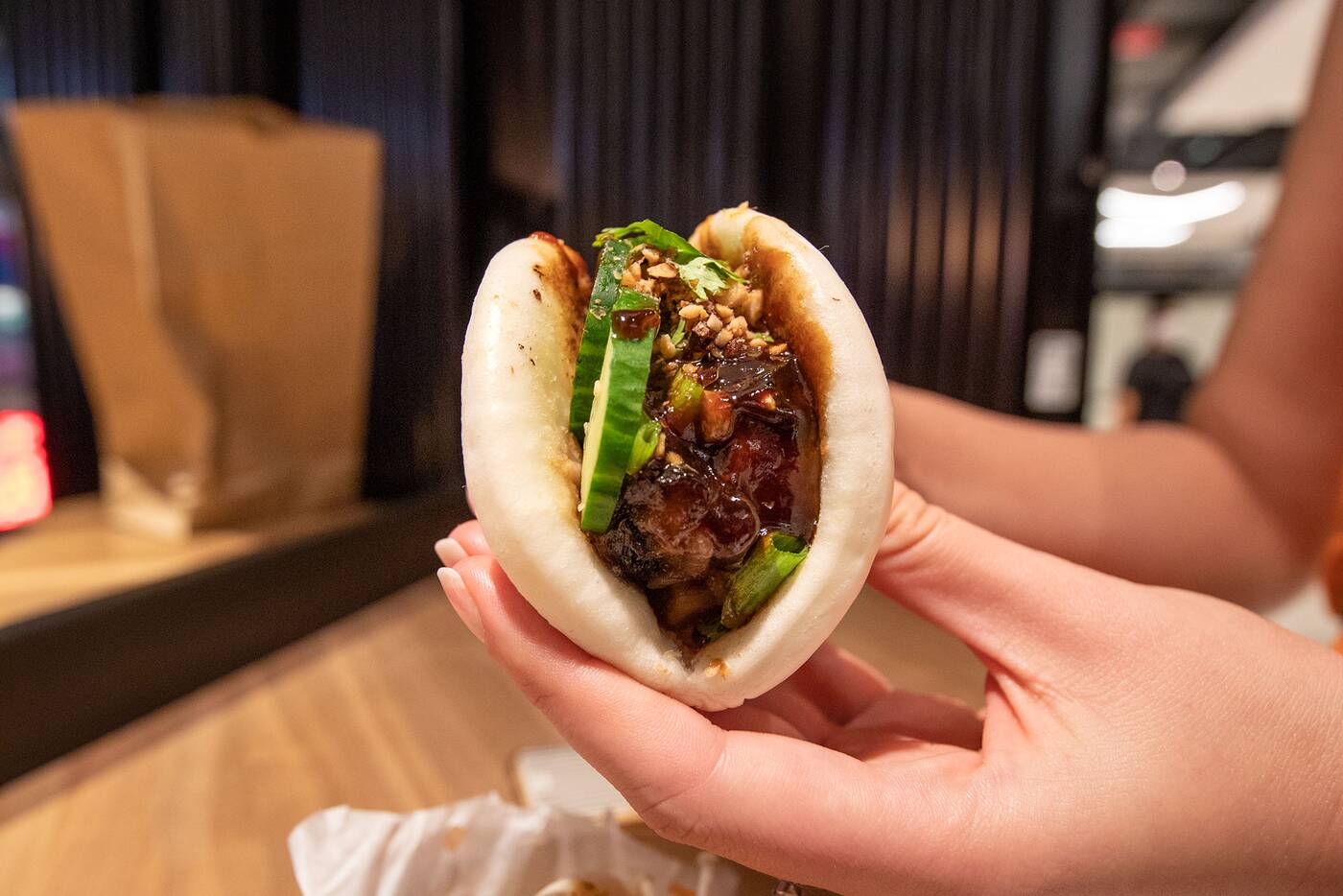 The Pork Belly Bao ($6.65) is wrapped in a plush bun that isn't too flimsy but not too firm.

Stuffed with slices of pork belly that have been smothered in hoisin sauce, the hand-held meal also has the crunch from fresh slices of cucumber and bits of green onion. 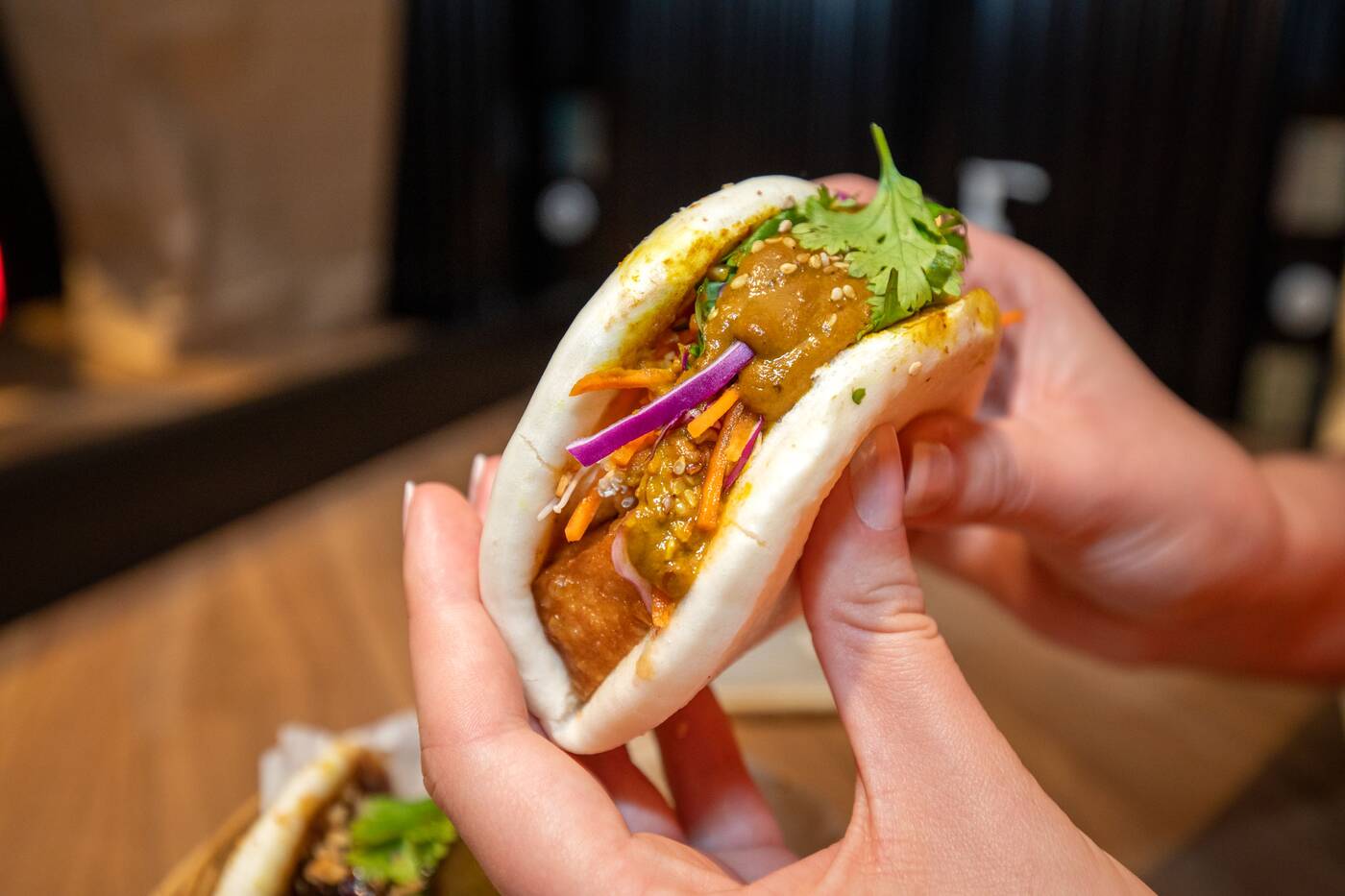 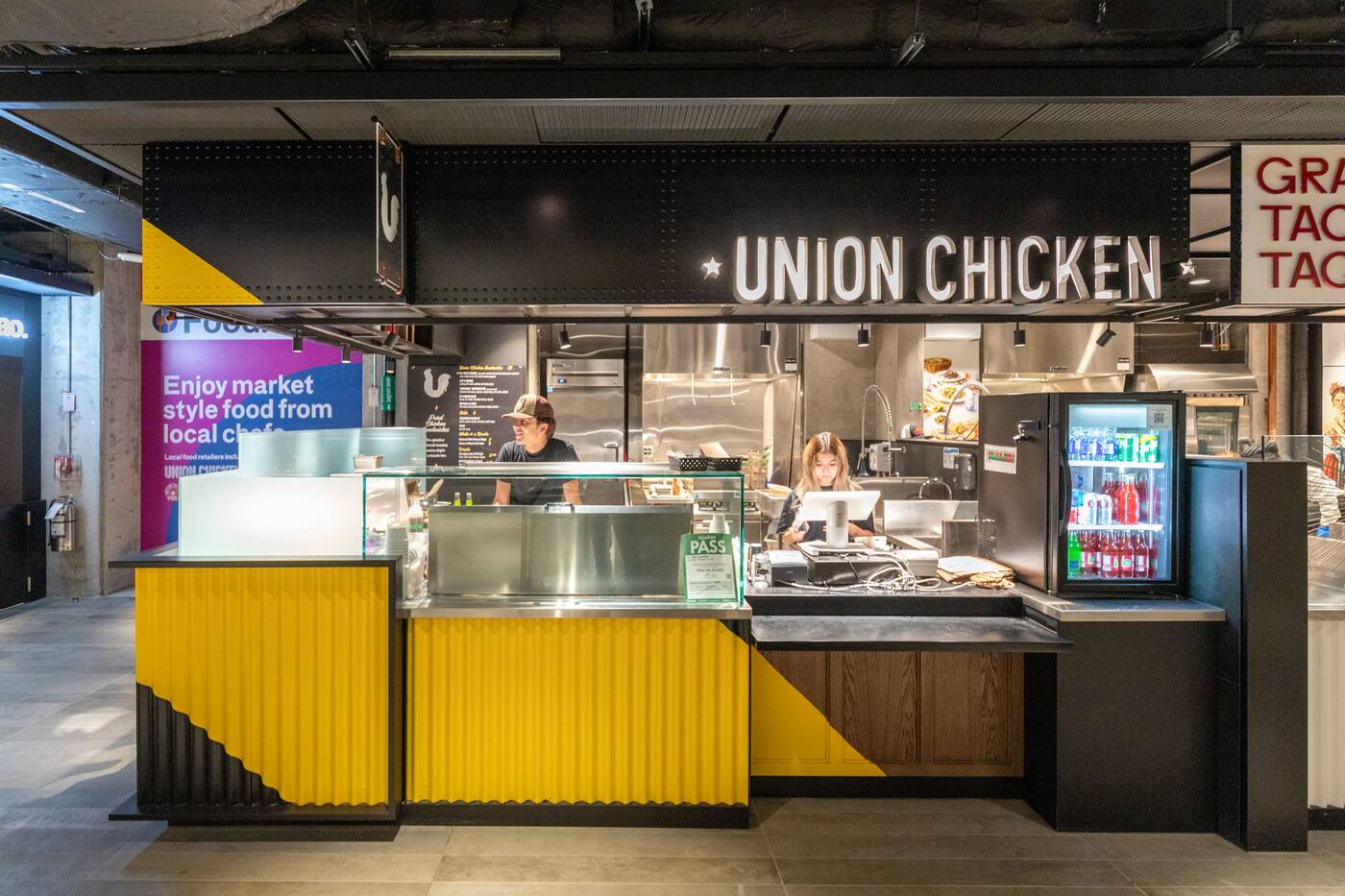 Commuters can have a sit-down dinner at Union Chicken near the York Lower Concourse or get their signature chicken sandwiches at this takeout location near Bay. 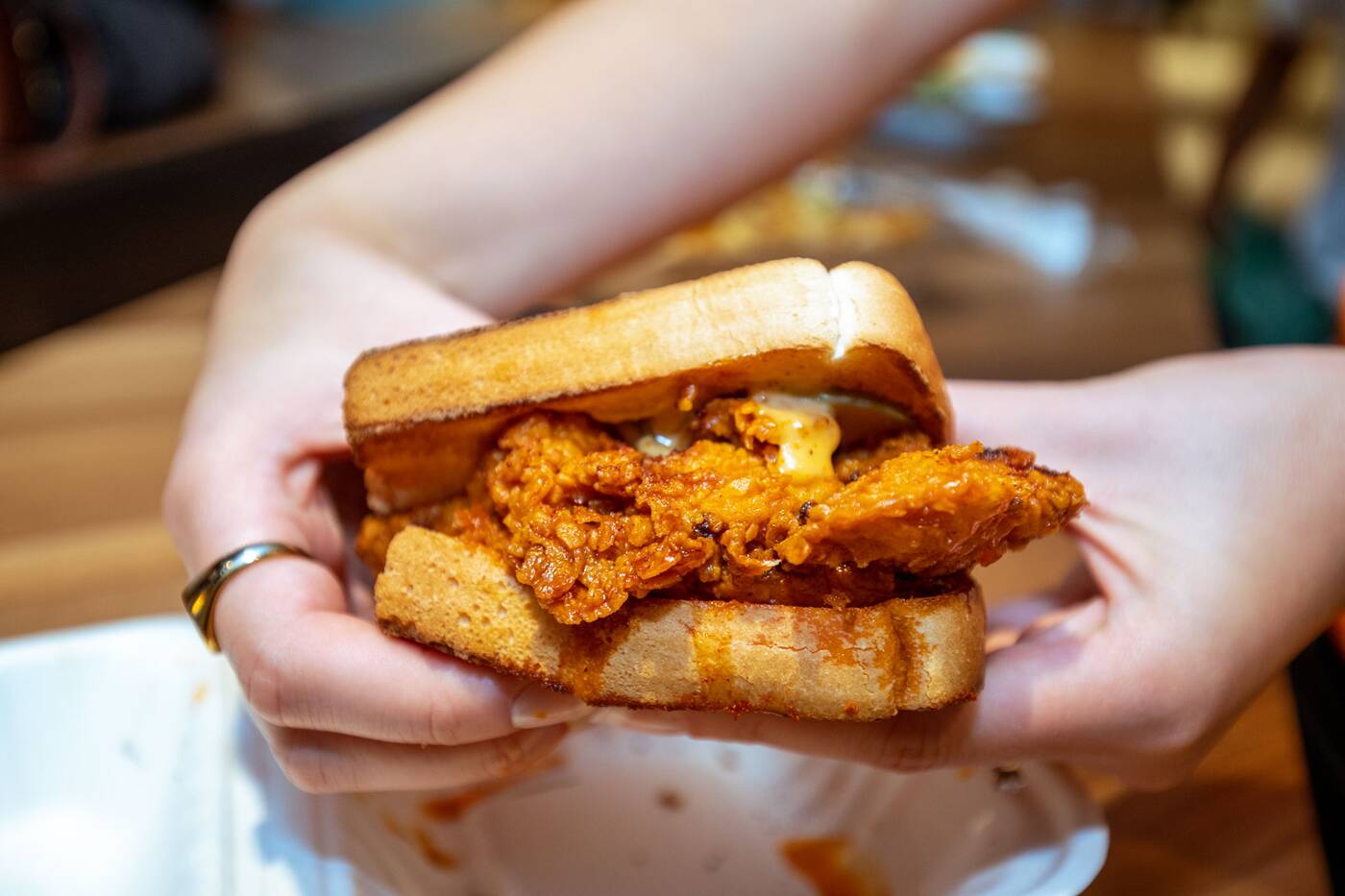 I dug into the Nashville Lightning Hot ($15) sandwich which uses marinated legs and thighs for its meat base.

The chicken is dunked into cayenne-spiced pork fat, which is a common cooking method used in the South, then fried and topped with habanero sauce between two slices of Texas toast.

This is one of the spicier options on the menu, so if you're not a fan of heat, I'd recommend opting for something else on the menu. I like that the toast is thick enough to soak up some of the fried chicken's grease, so the sandwich doesn't feel or taste sloppy. 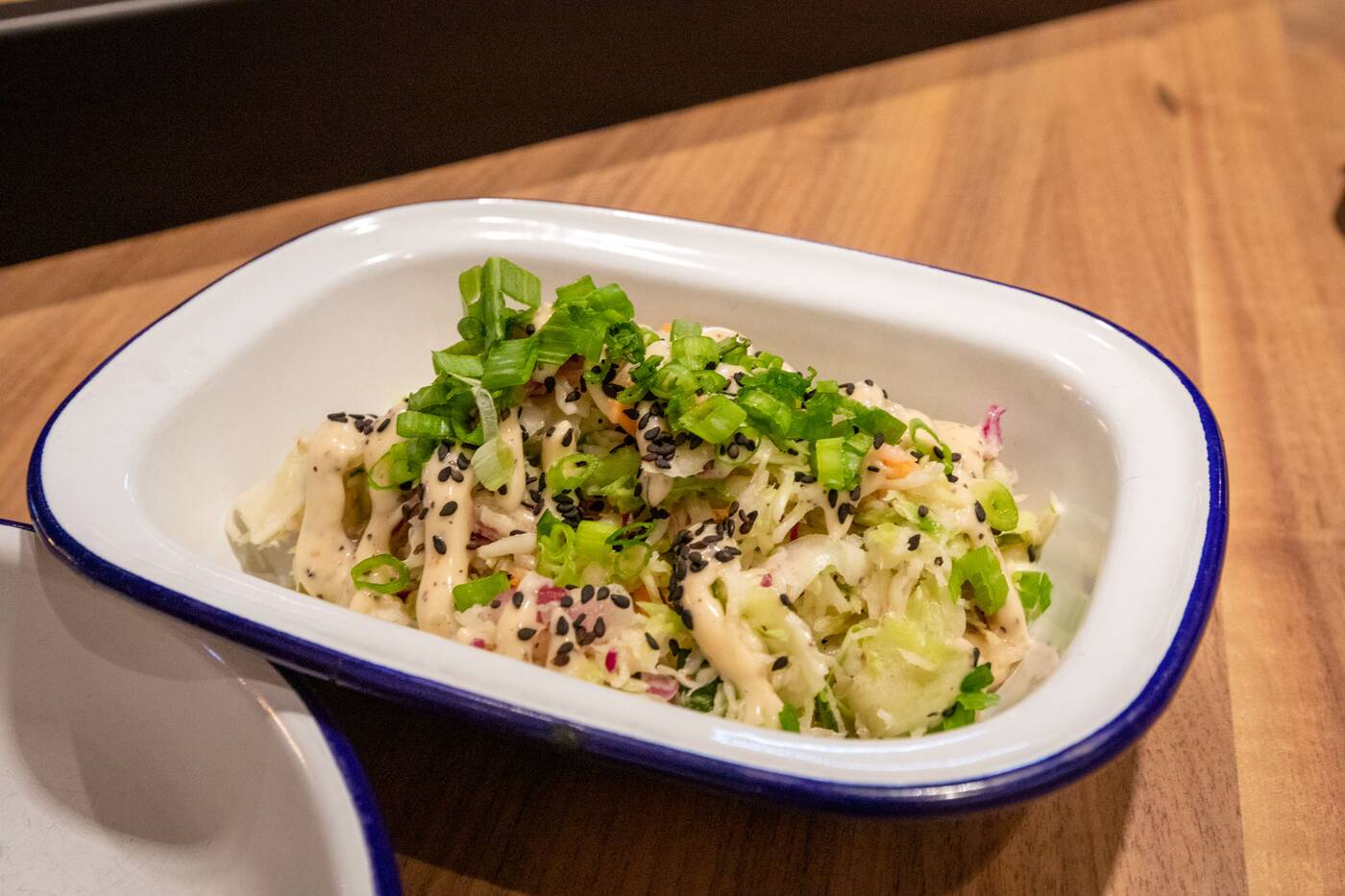 Union Chicken has their own spin on a Southern Coleslaw ($6) that you can order as a side to any of their sandwiches.

Shredded red and green cabbage seasoned with salt and sugar then pressed to remove extra moisture from the vegetable mix. It's left to sit for 24 hours before it's tossed with sweet mayo, carrots, and red and green onion.

I enjoyed the tang from the salty cabbage with the sweet mayo. The combination was fresh, light, and crisp. 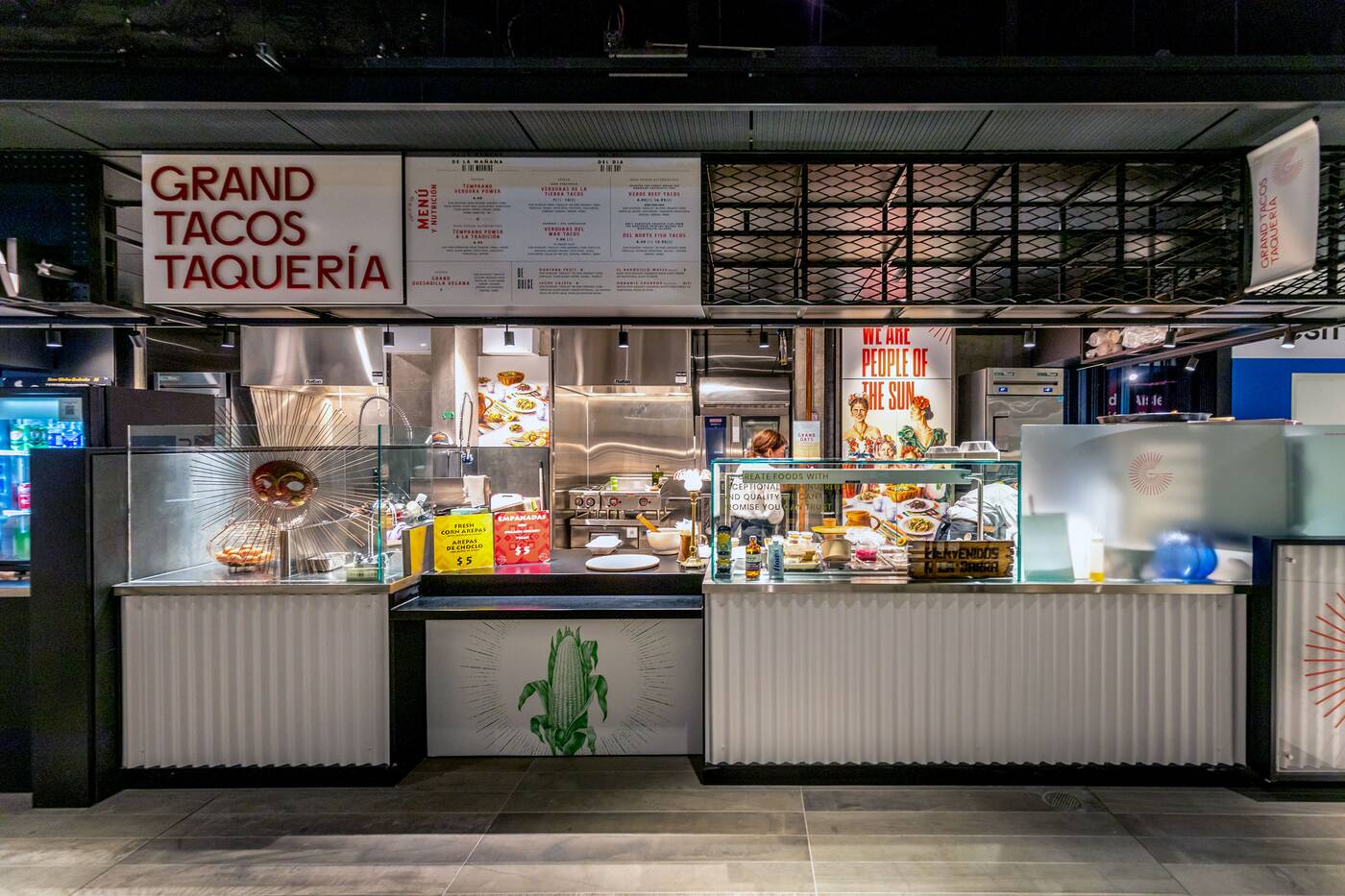 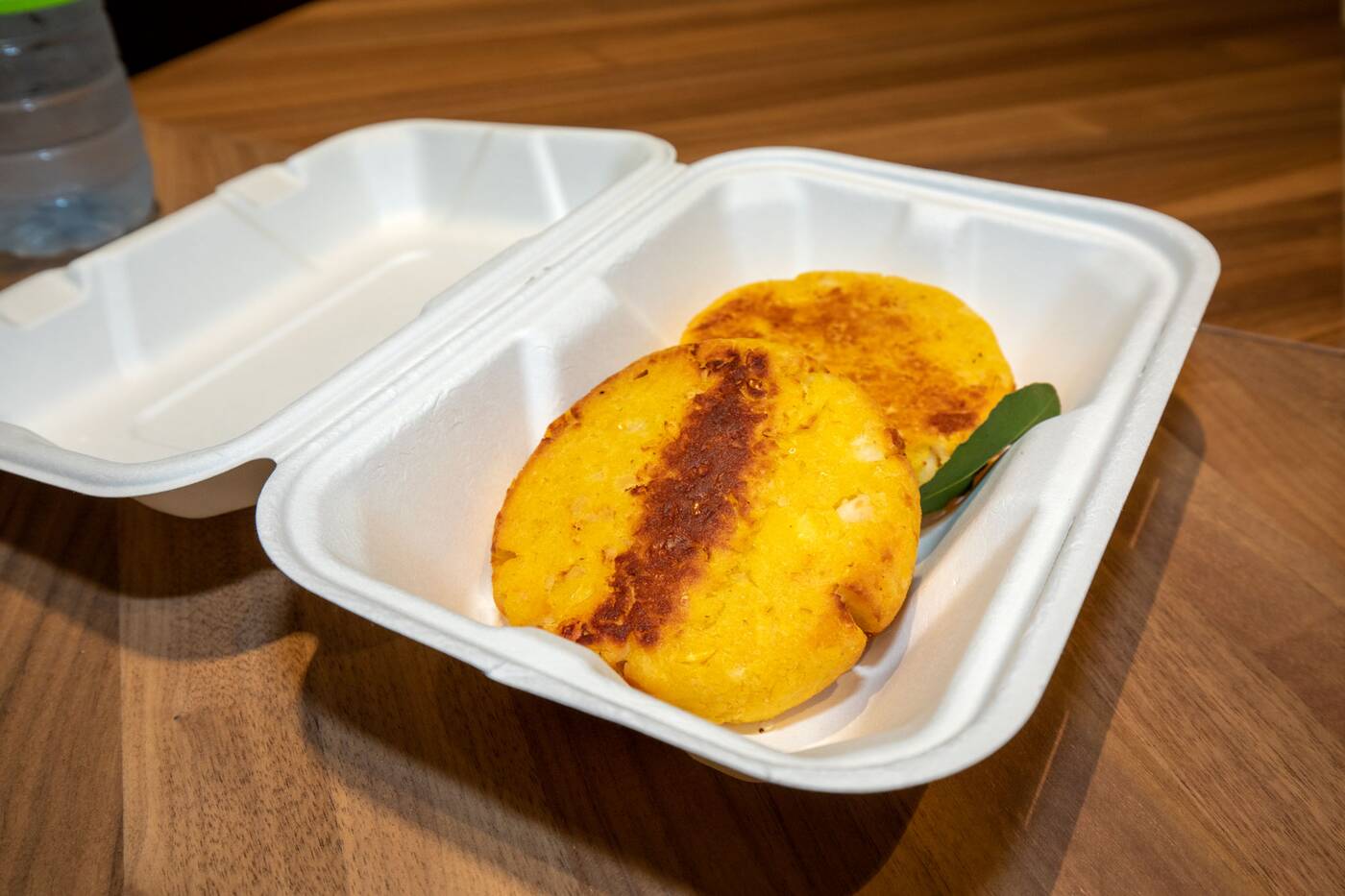 My favourite was the Corn Arepas ($5).  Fresh corn kernels are mashed, fermented, and made into a batter with bits of sheep's milk cheese. Formed into patties, they're griddled in a pan until cooked through.

Although the cheese has sour notes which are quite strong, it pairs well with the grainy and sweet corn. I couldn't stop eating this dish. 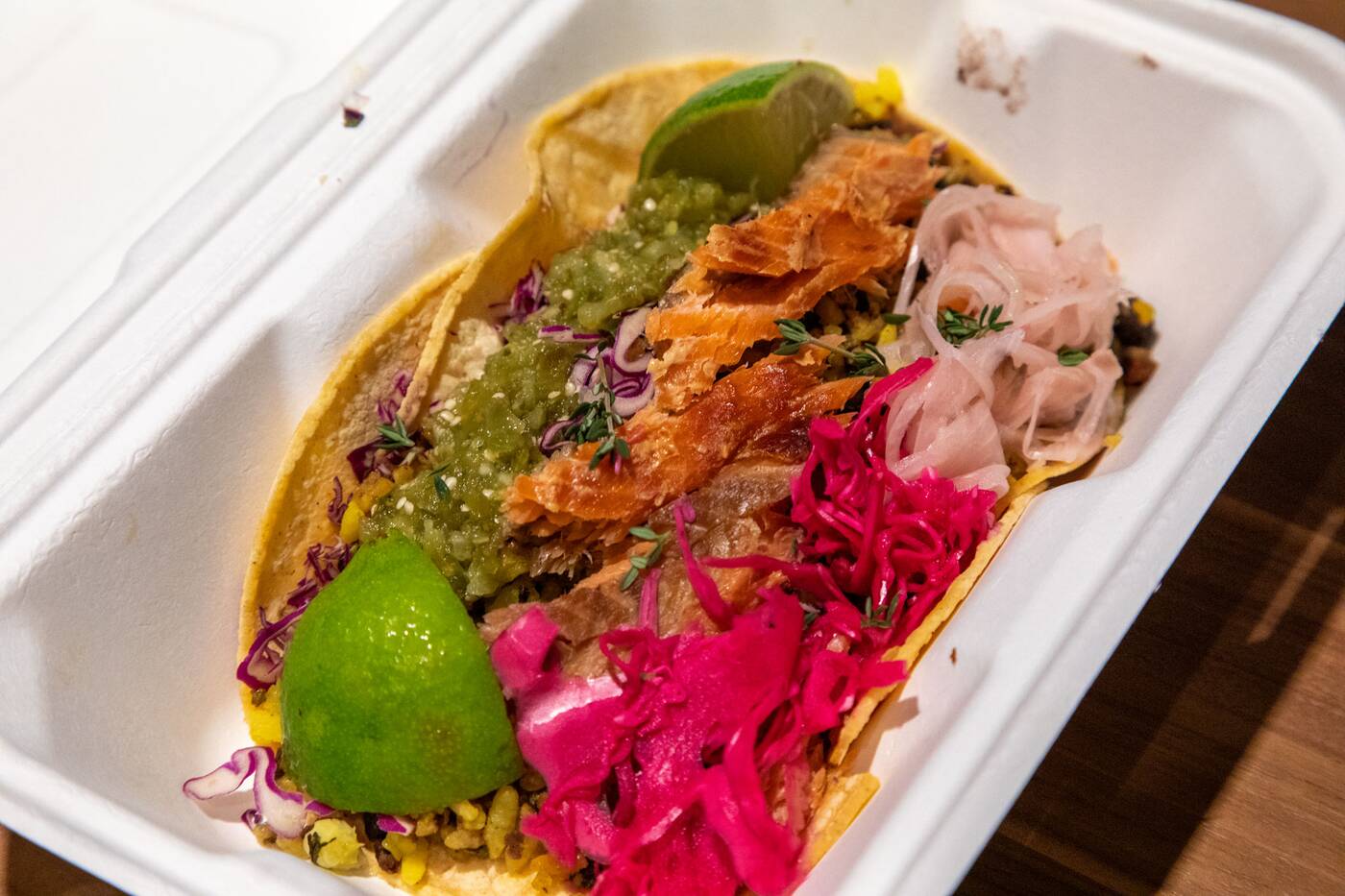 There are five types of tacos available on the menu. The Fish Taco ($8.50 for one, $15.95 for two) wraps an organic corn tortilla around a small pile of saffron rice, fermented cabbage, shallots, cilantro and two types of salsa - tomatillo and salsa verde.

The smoked fish used in this dish is freshly caught from Manitoulin Island. I found the local sourcing a nice touch. You can taste the freshness. 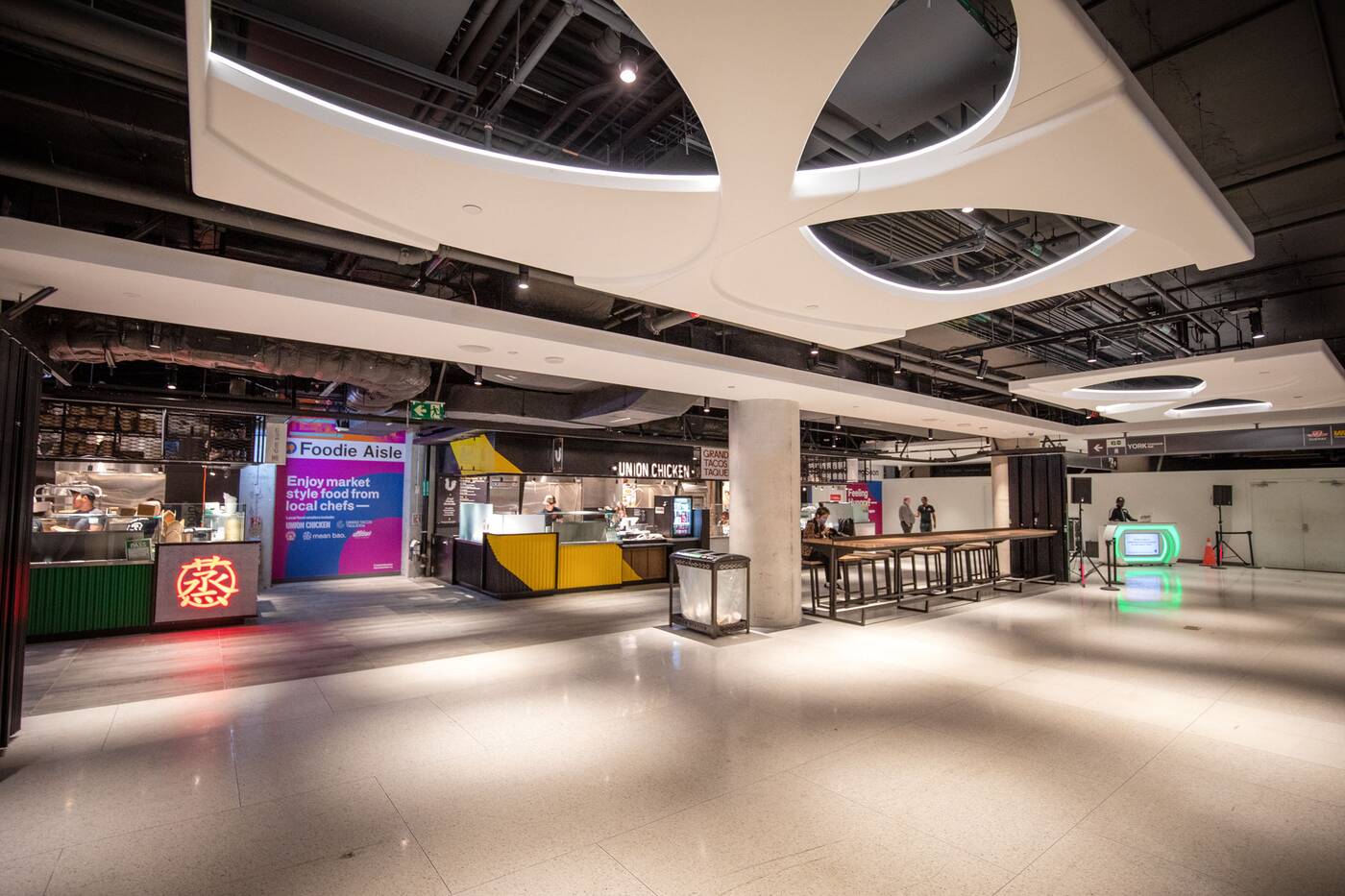 To celebrate the reopening of Union Station Foodie Aisle, Grand Tacos Taqueria is selling tacos for $2 each. They're also offering free lunch to the first 25 customers every Wednesday in September.