Union Chicken comes to us from the same folks behind The Carbon Bar. The menu is obviously chicken-based, fried and rotisserie free range organic from small production farms within 100 km of the restaurant.

Think casual and rustic but with a slick sheen in terms of looks, all plopped into the setting of CF Sherway Gardens. There’s no direct access to the mall from the restaurant. 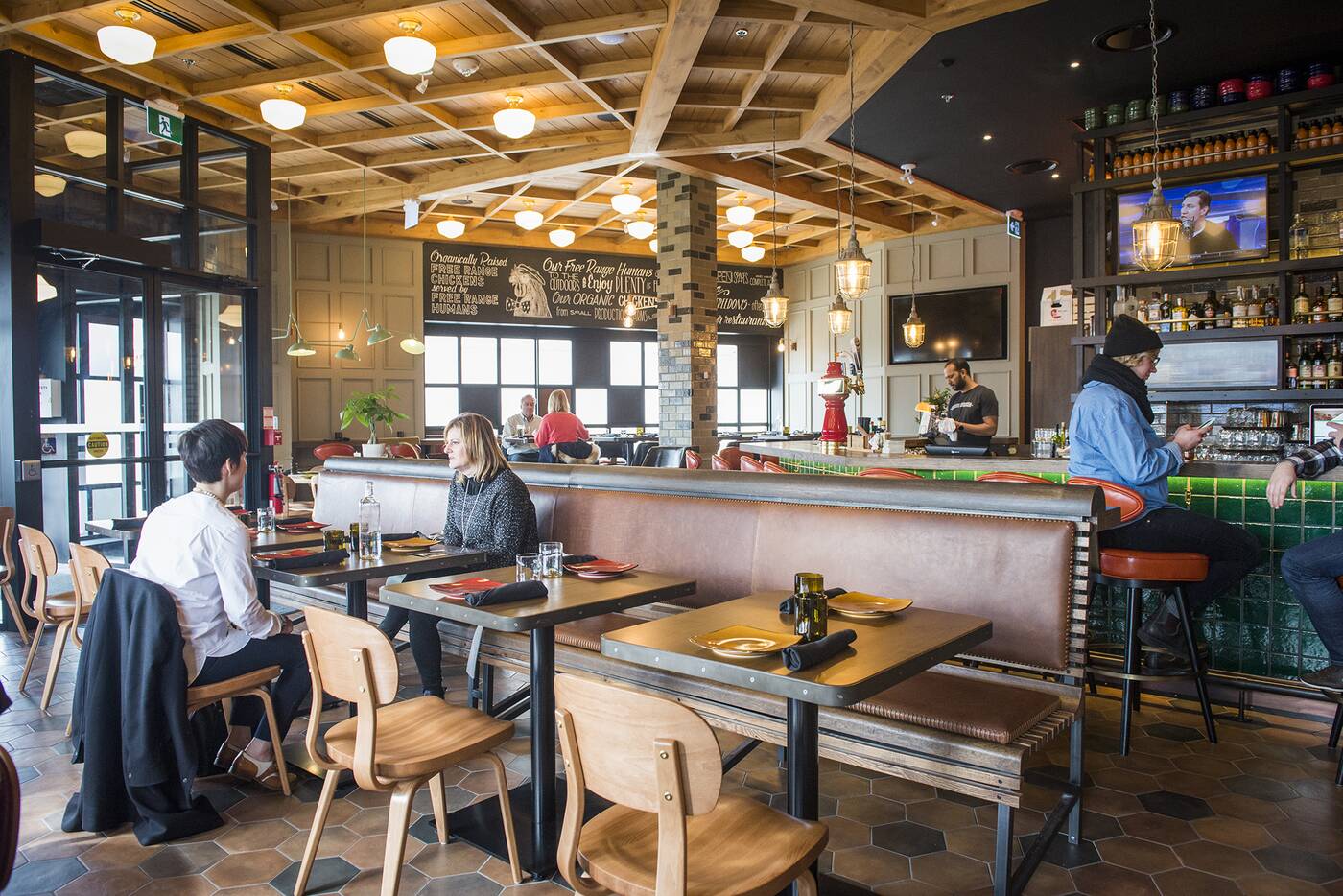 Airy and bright, you have a 360-degree view of the restaurant from every angle. Sumptuous leather chairs and stools add to a rich crafty feel, and there’s a huge garage door along one wall that can open in the summer. 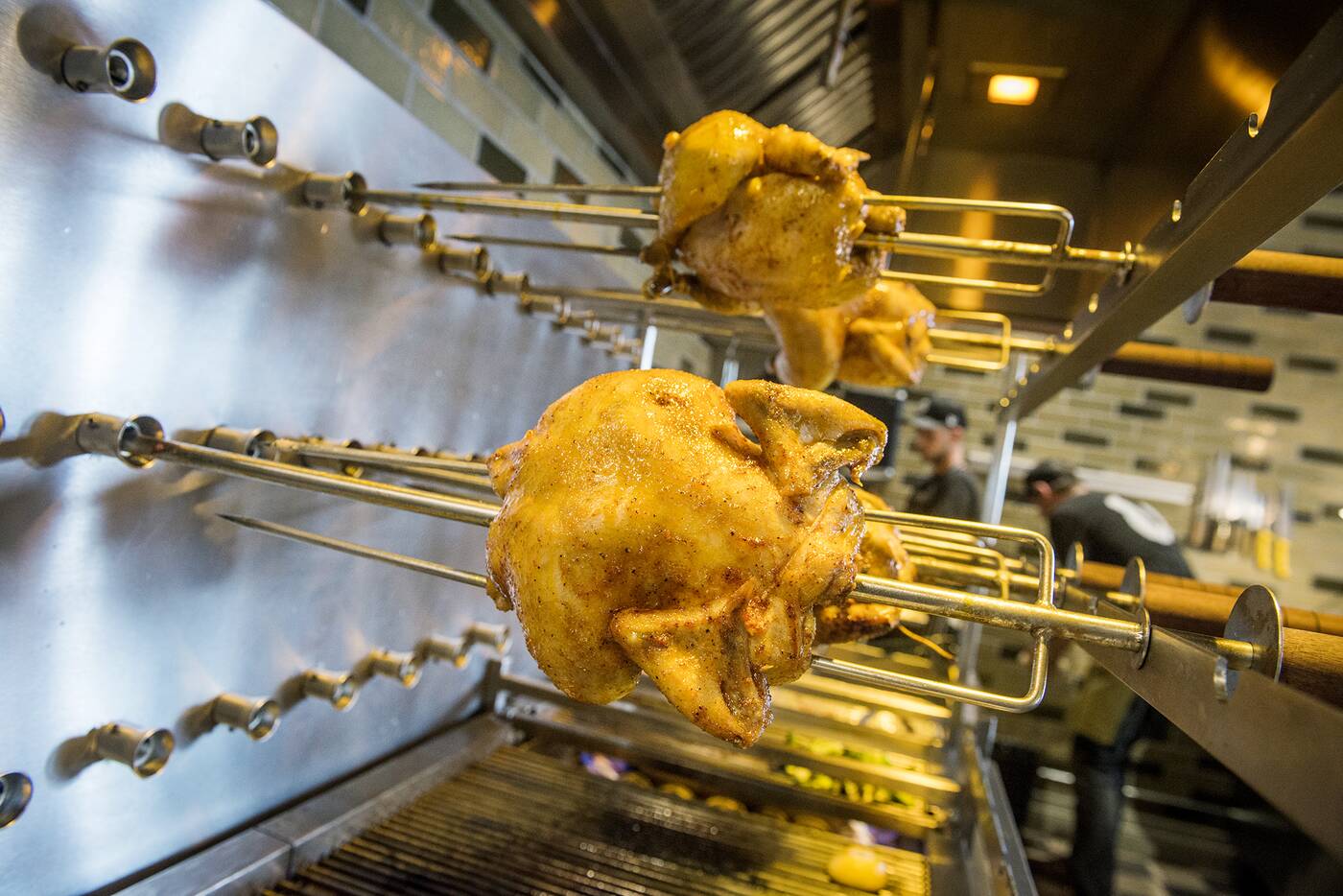 They hunted down a churrasco style rotisserie oven imported from Europe, the big difference on this piece of equipment being that heat comes from below, not the sides, so it’s easier to control. 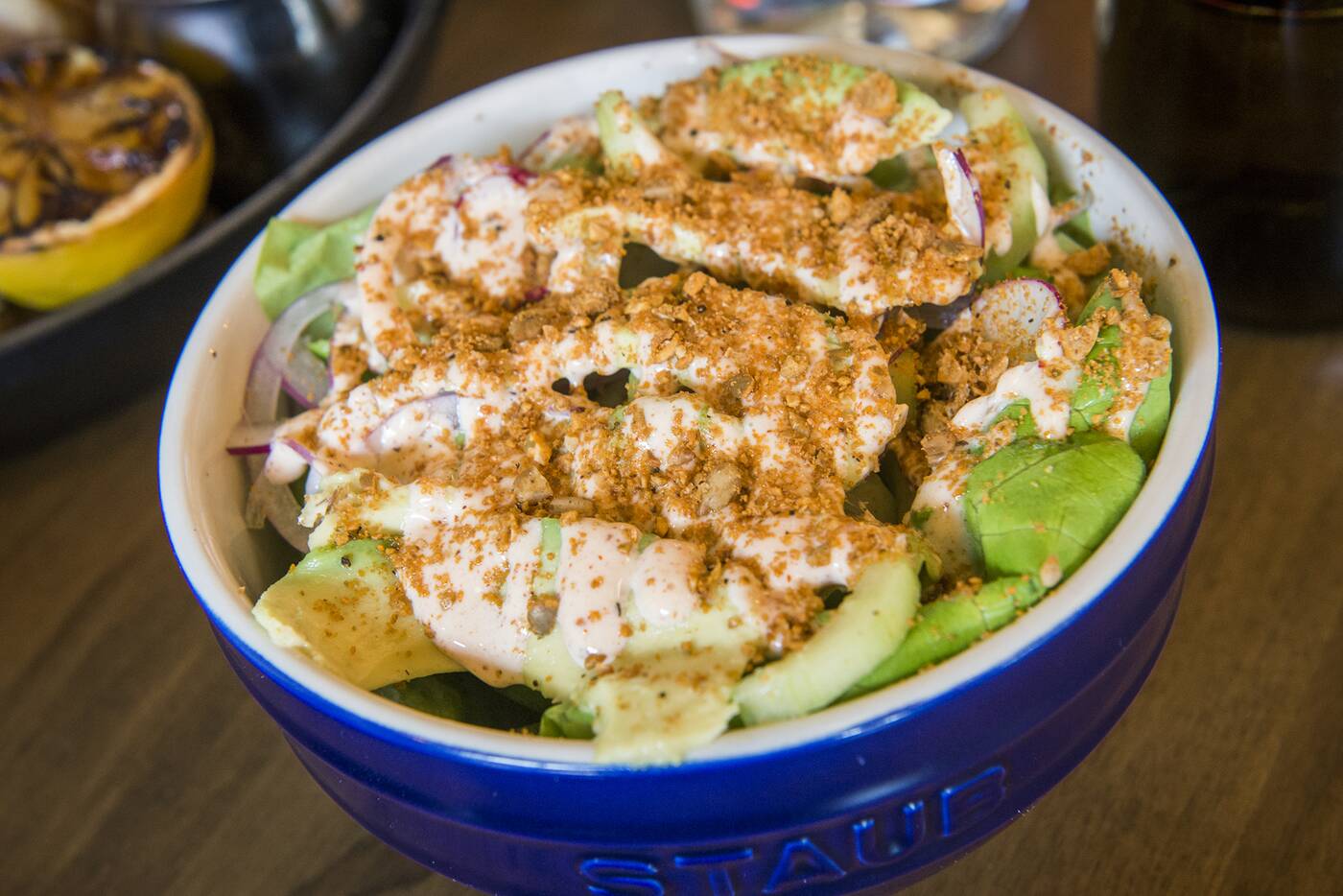 Butter lettuce salad ($9) is a light starter or side, drenched in signature ranch with thick crescents of cucumber and creamy avocado, topped with rotisserie-charred bread crumbs. 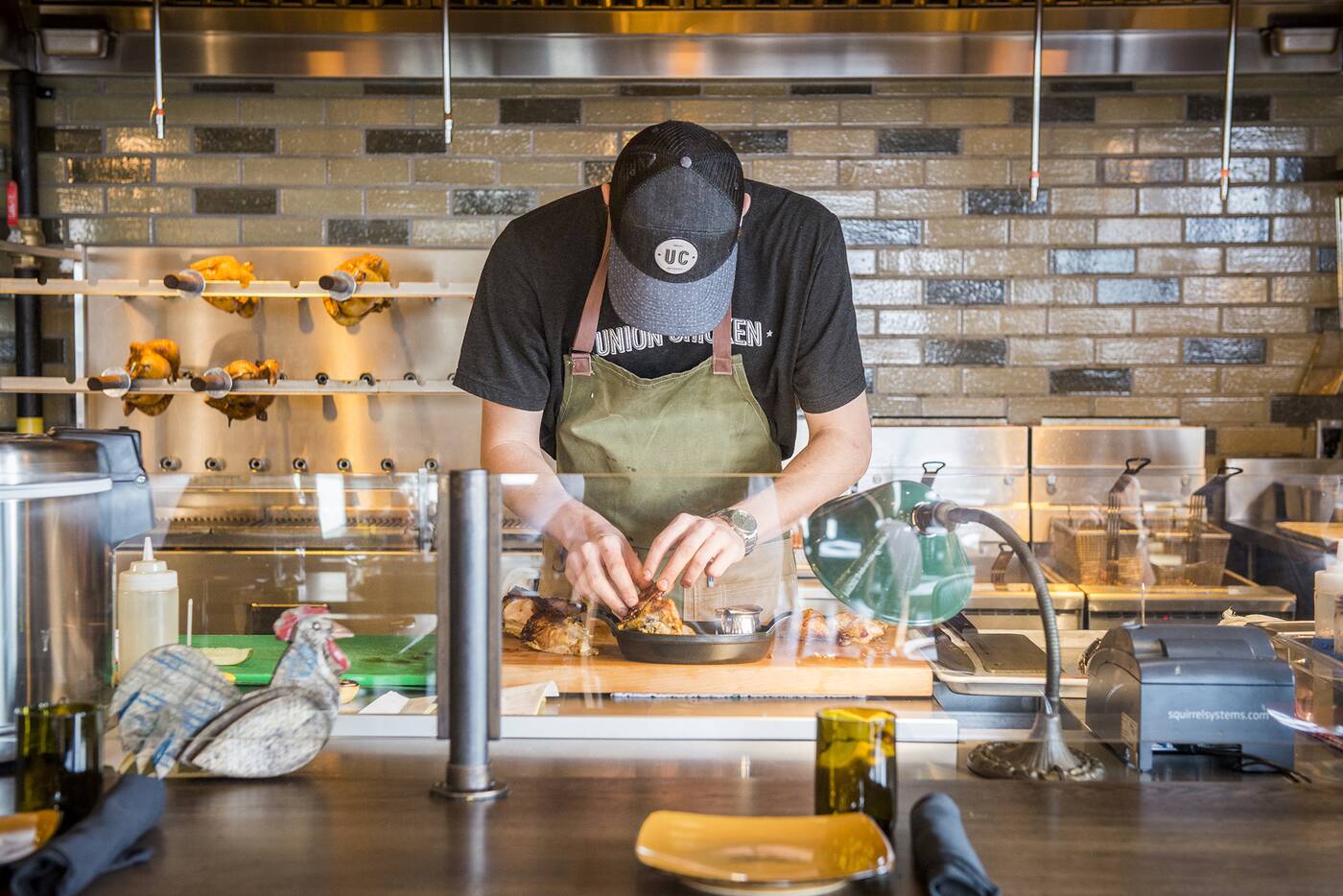 Rotisserie chicken comes with grilled lemon for some acidity, as well as a healthy portion of achiote dipping sauce to add a rich, tangy flavour. It’s $28 for a whole chicken, $16 for our half order. 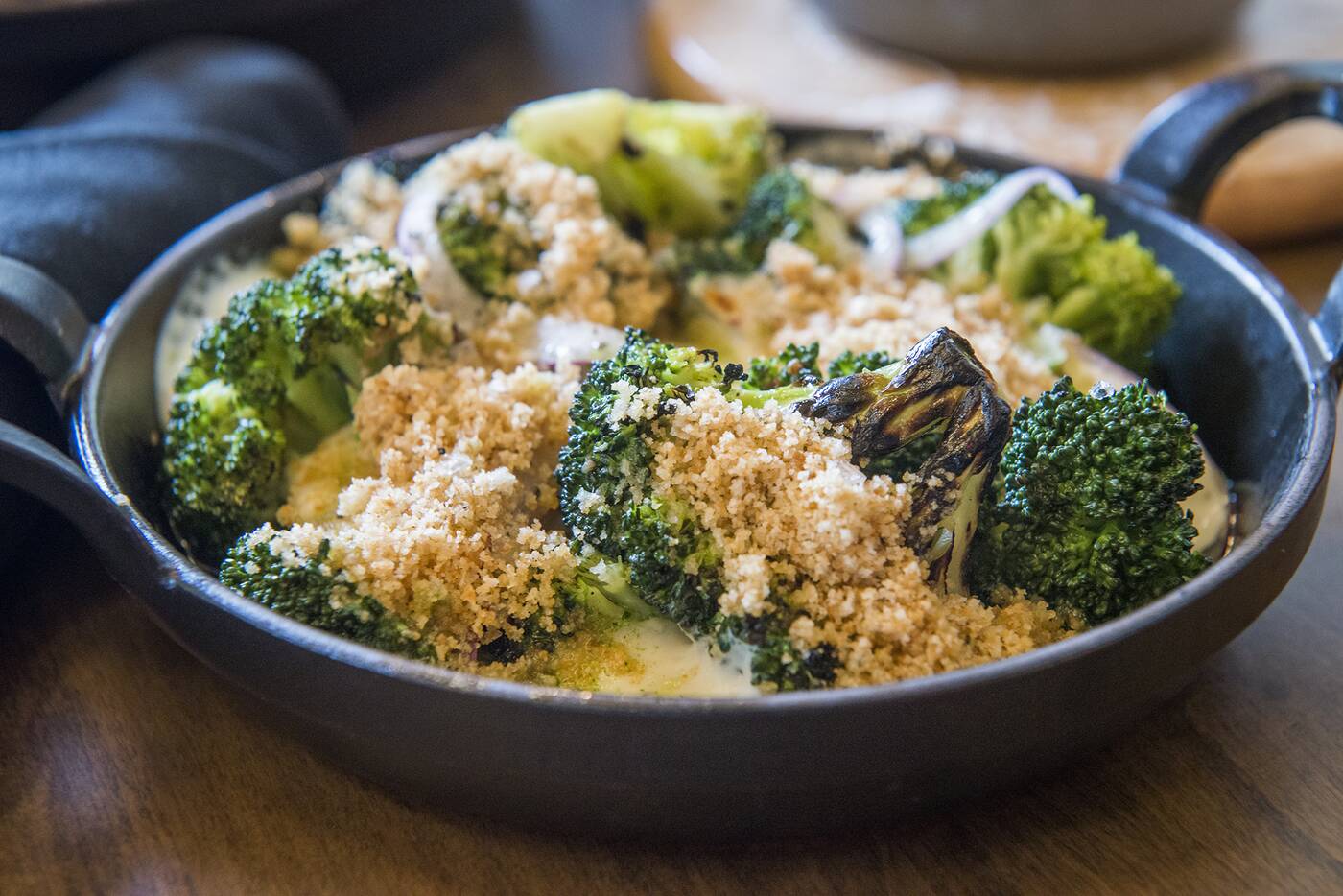 A family style concept adds for mixing and matching of sides, like this fire roasted take on broccoli with cheese sauce ($9). 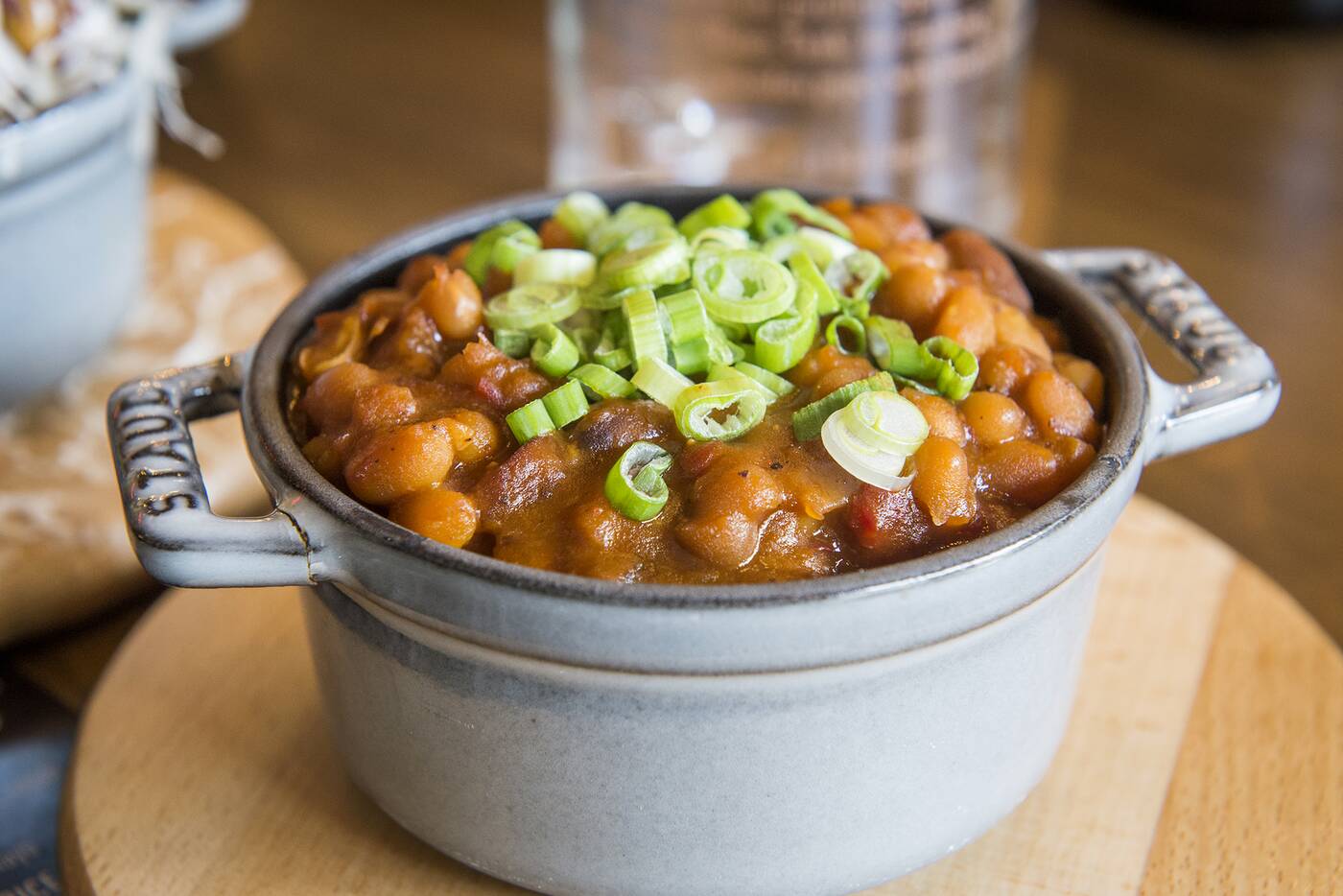 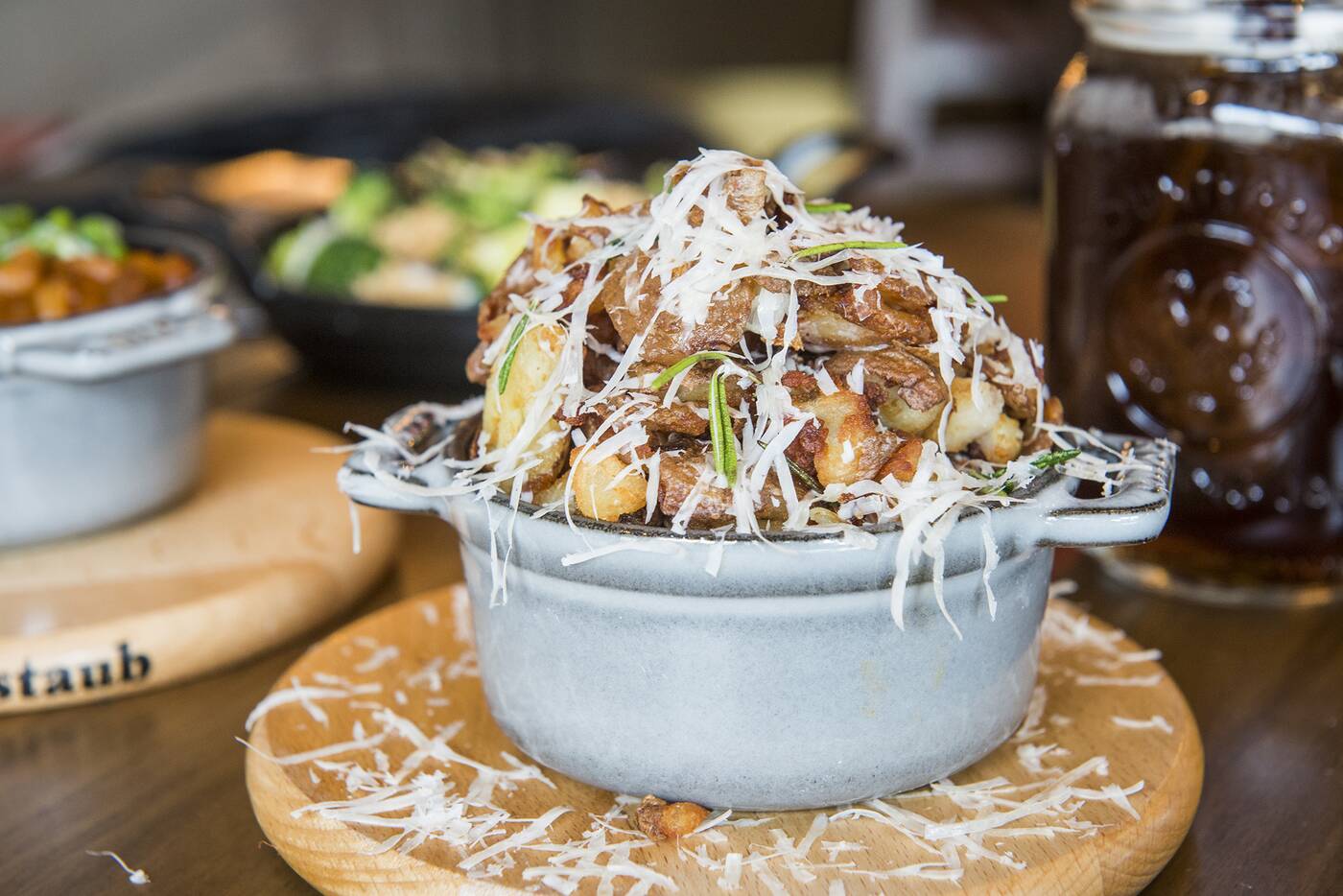 Boiled russet potatoes are smashed and double fried ($7), topped with fried rosemary and a snow of sharp pecorino. 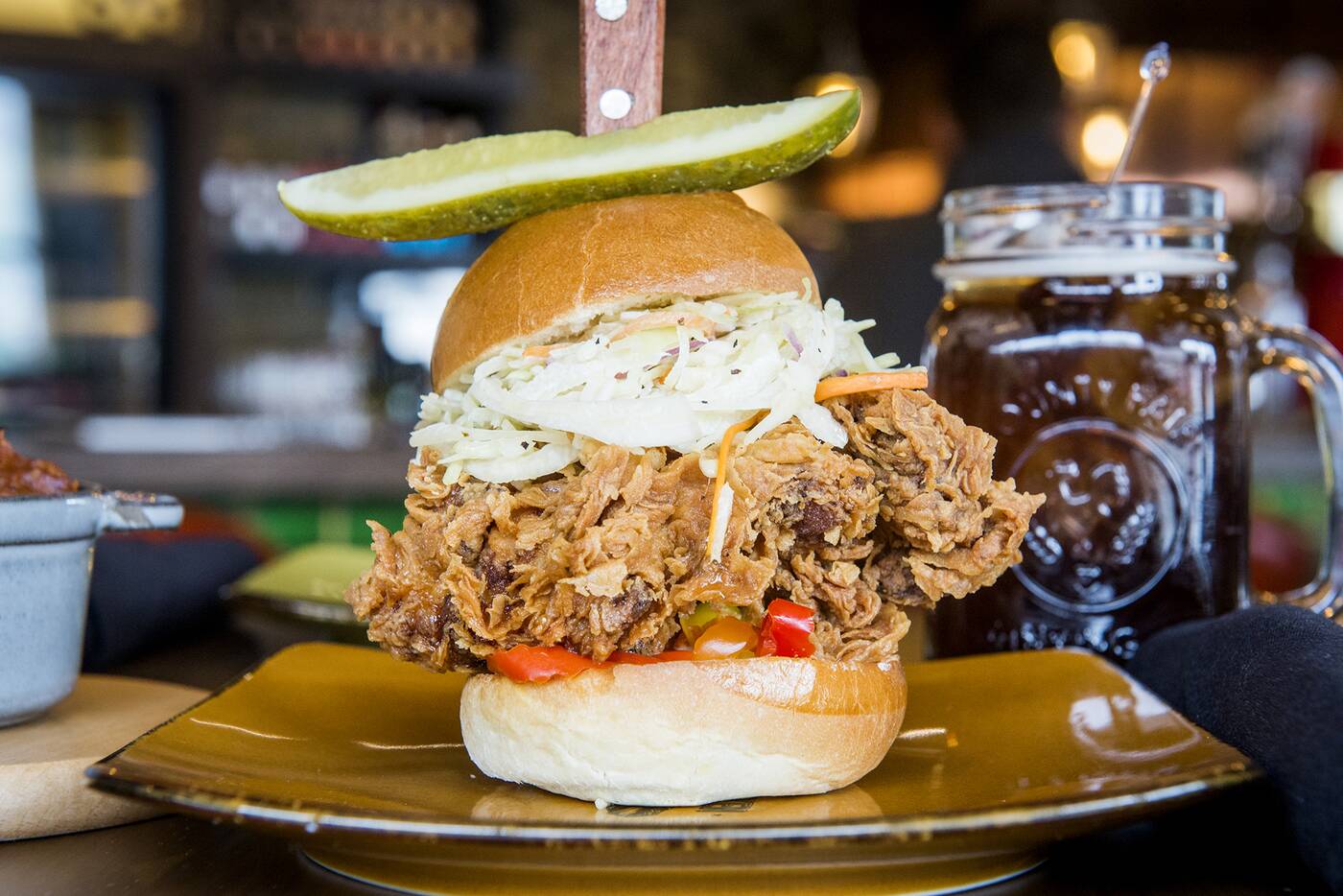 The fried chicken sandwich ($11) is a classic monster, crunchy, flaky breading on thick juicy chicken piled high with coleslaw on a soft milk bun with ranch and a thick wedge of pickle. Bread comes from Tempered Room. 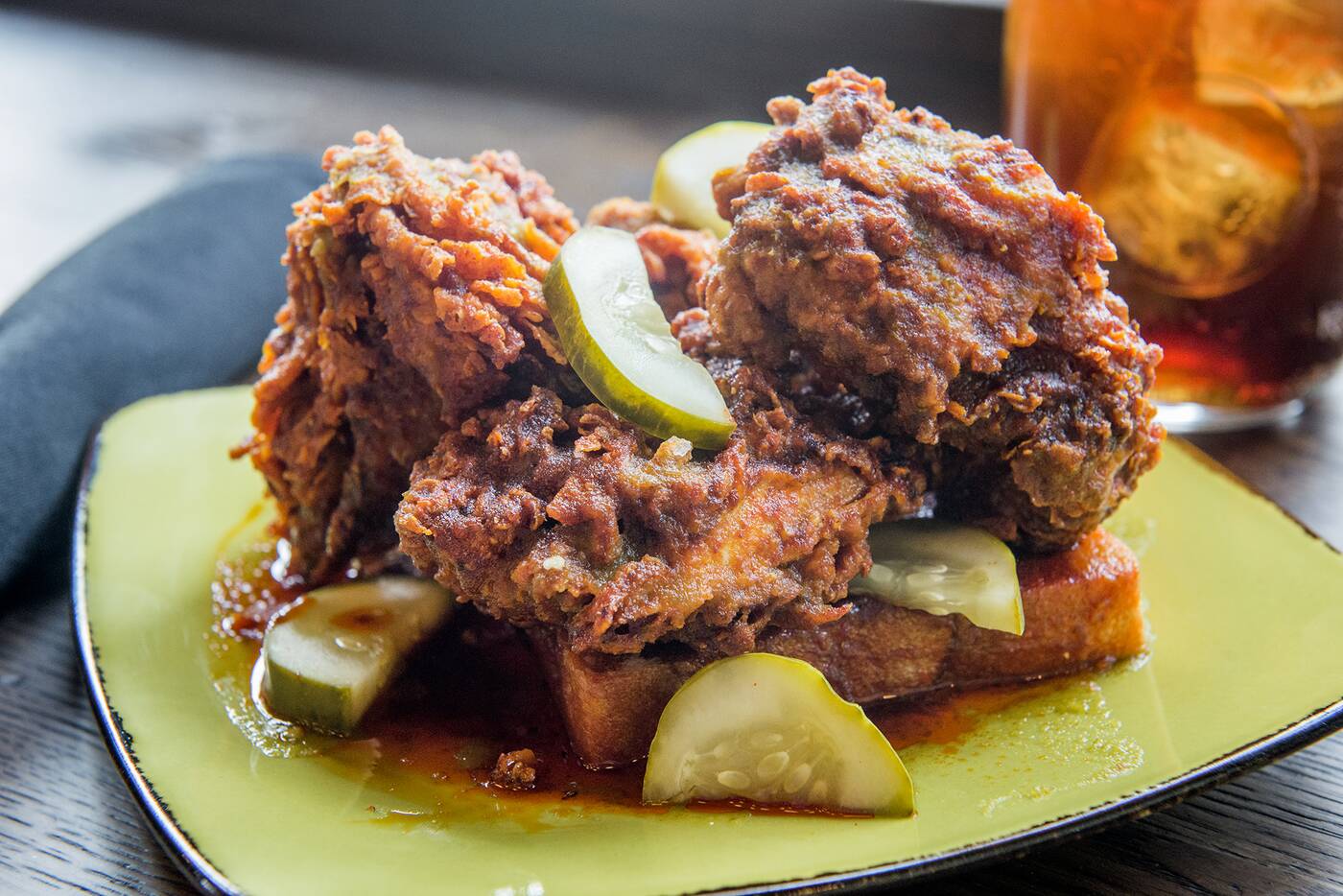 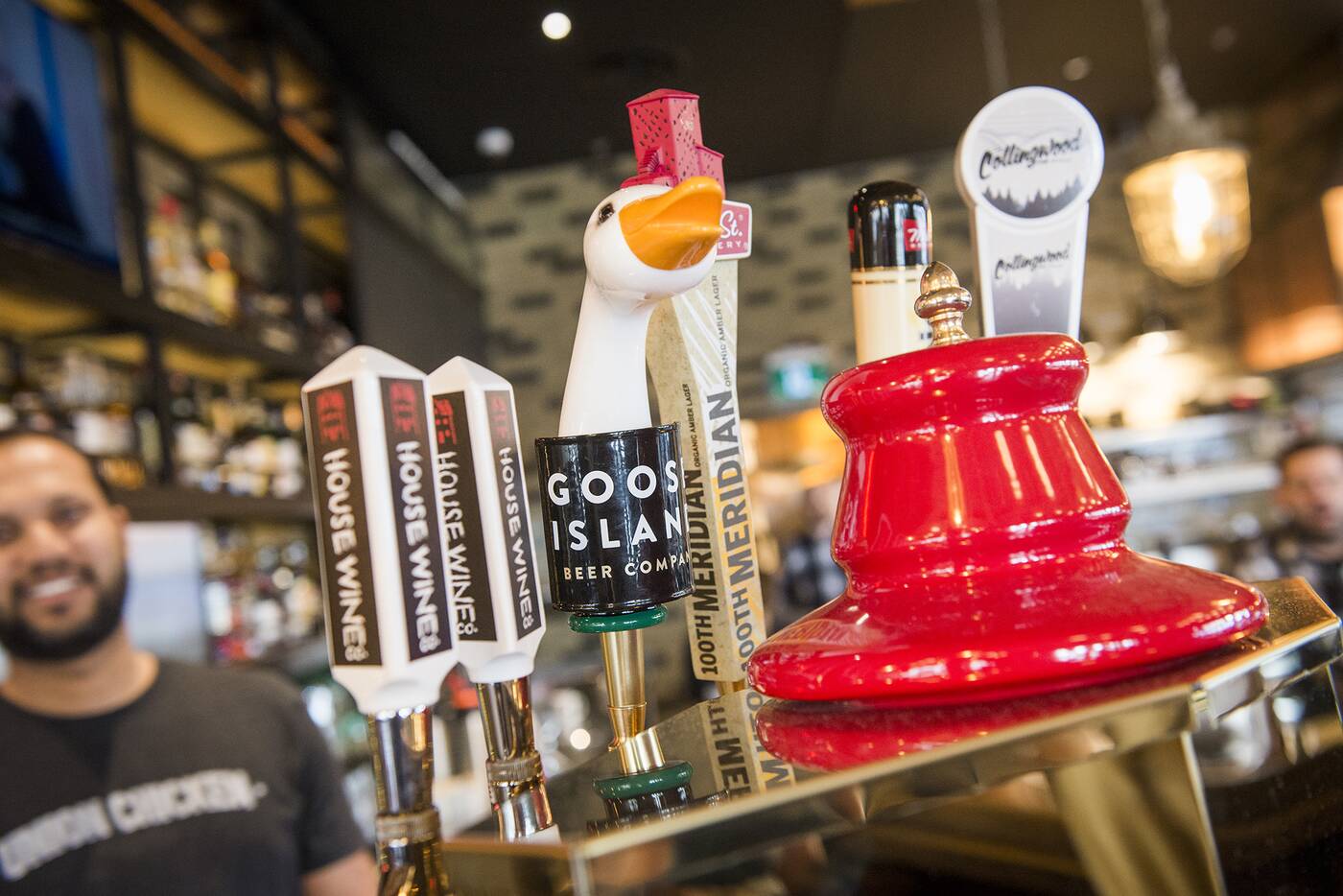 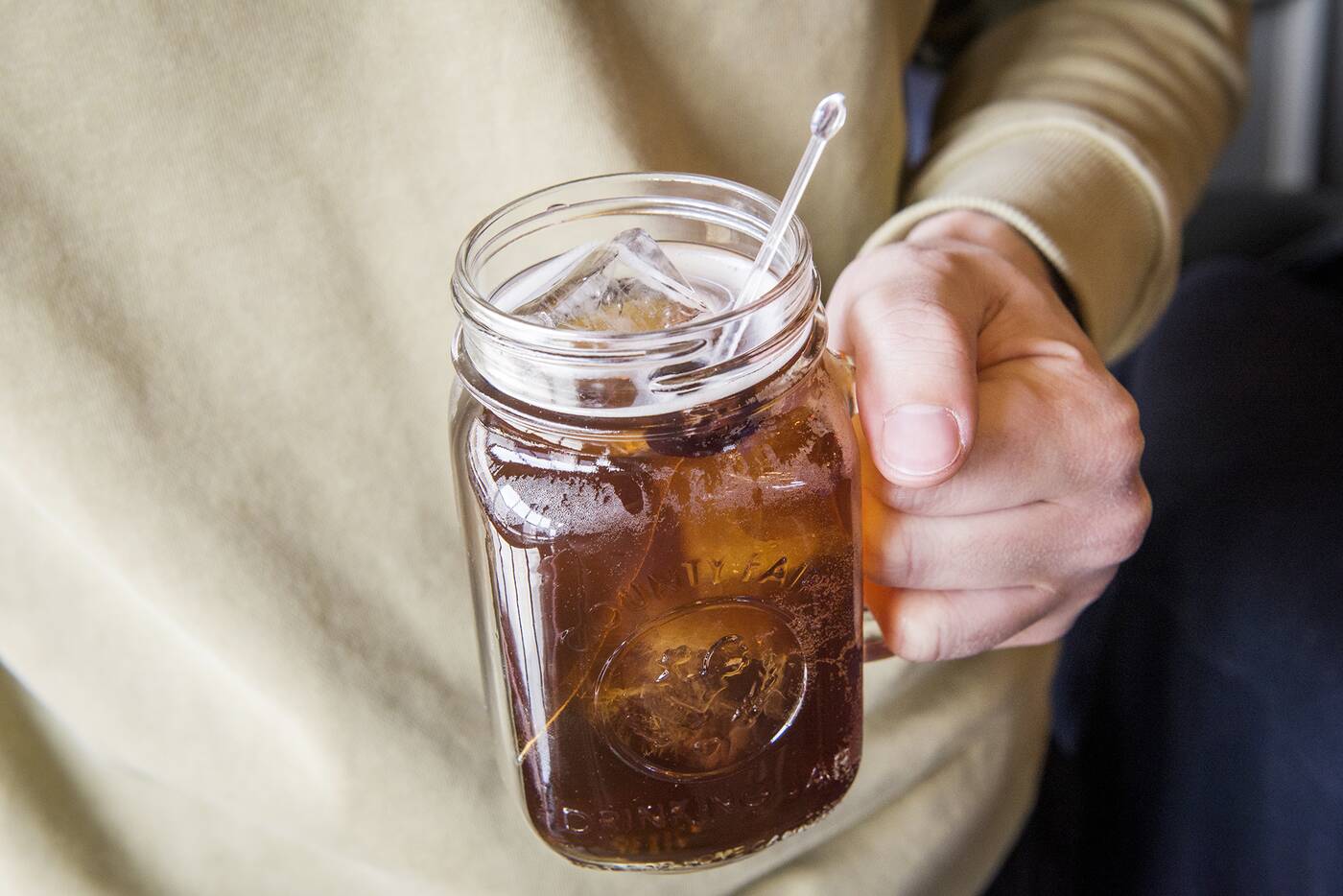 Otherwise there are cocktails that put spins on Southern classics like this root beer stormy ($12) made with Harvey & Vern’s root beer. 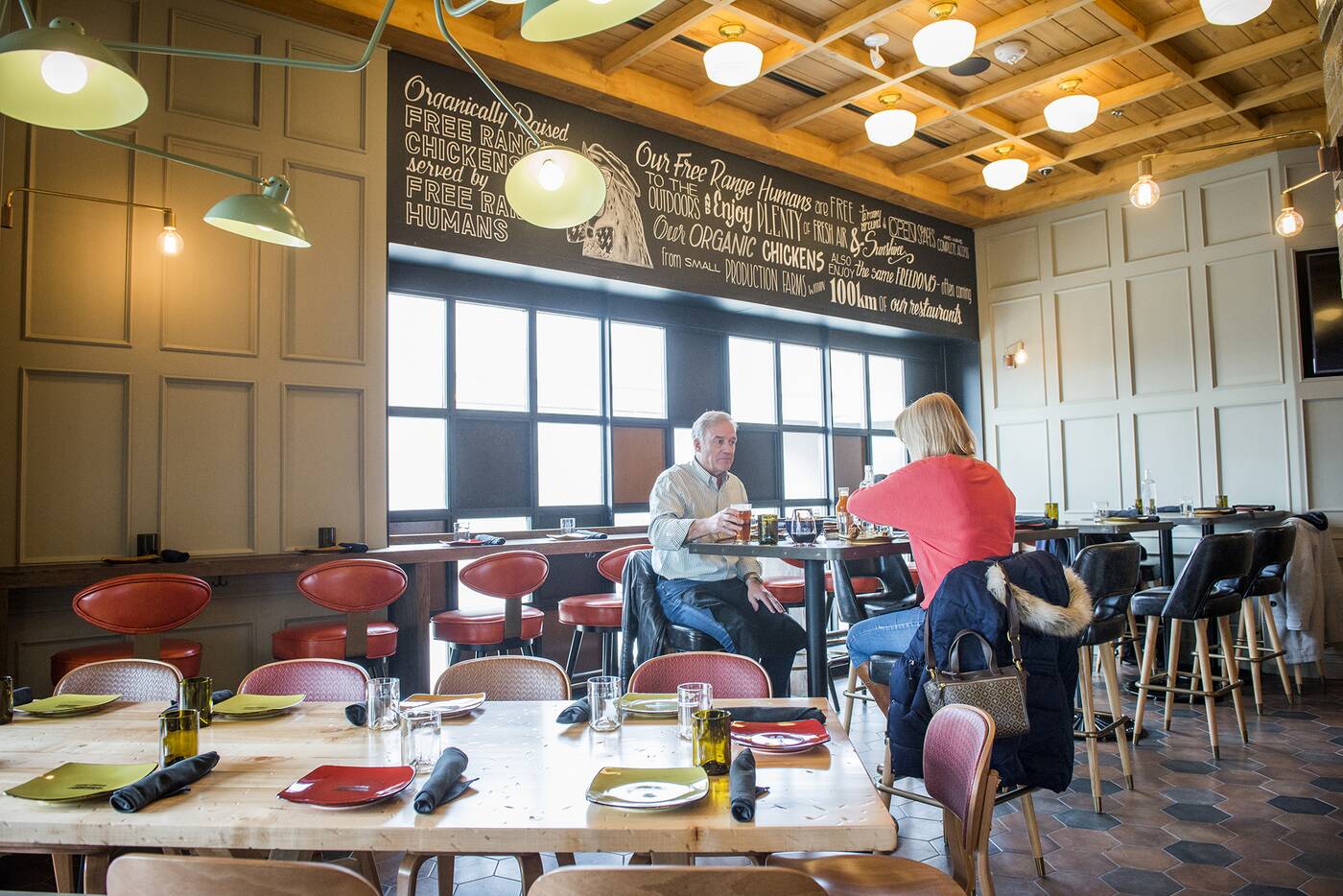 It’s so named because the first location was supposed to open in Union Station, but as with most things at that location, the wait is a little longer than expected. Despite that, I think overall the name has a nice Southern ring that ties the whole package together. 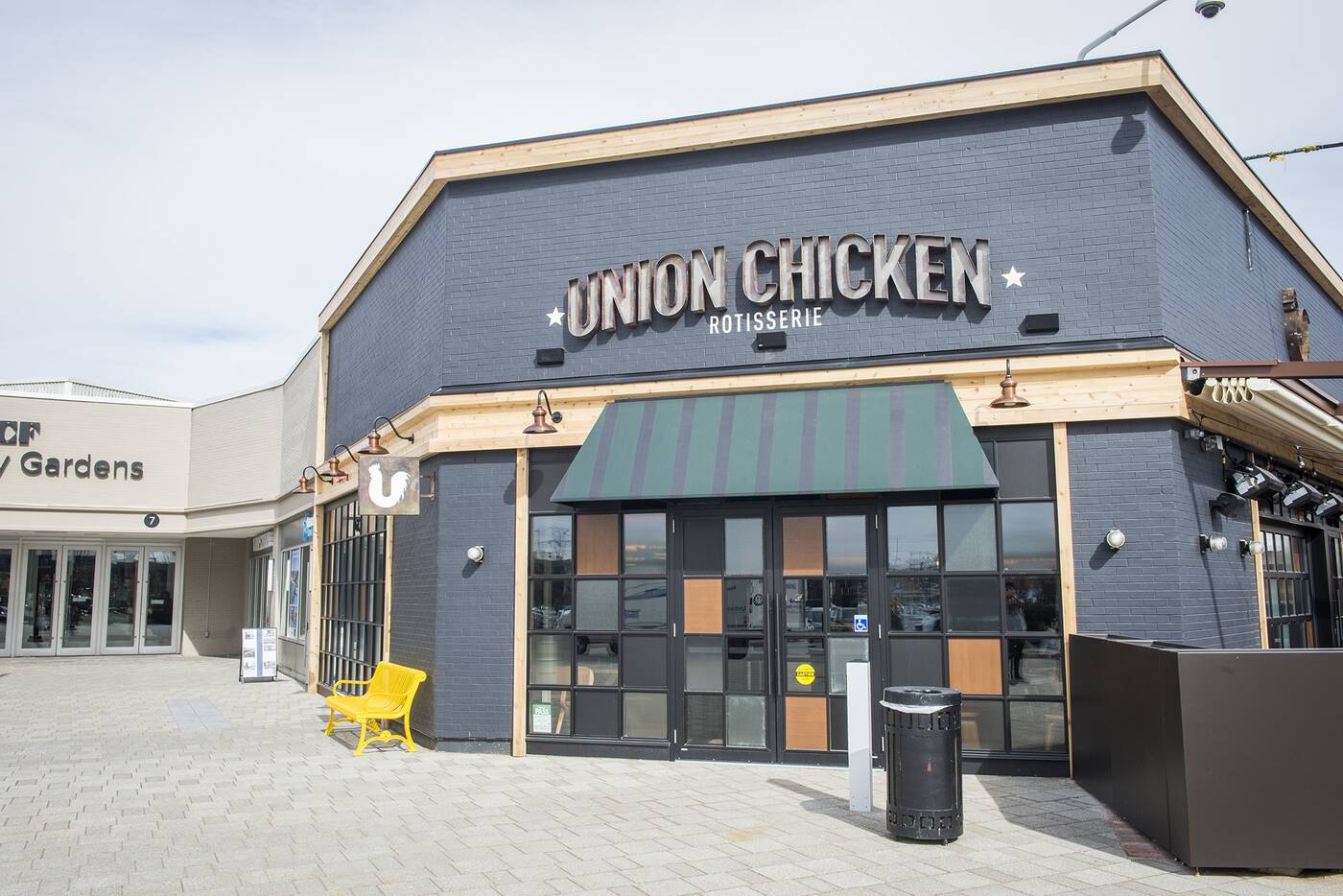 Correction: An earlier version of this post erroneously stated that Union Chicken was affiliated with Grand Electric and Electric Mud. This is not the case, and we apologize for the error.