Roti Mahal requires customers to wear masks and practice social distancing when inside.

Lovers of the 25-year Queen Street staple Gandhi Roti, rejoice. This new replacement is owned by the staff who ran Gandhi's kitchen for 20 years, essentially making it the same establishment as before, but with some new additions to the menu. 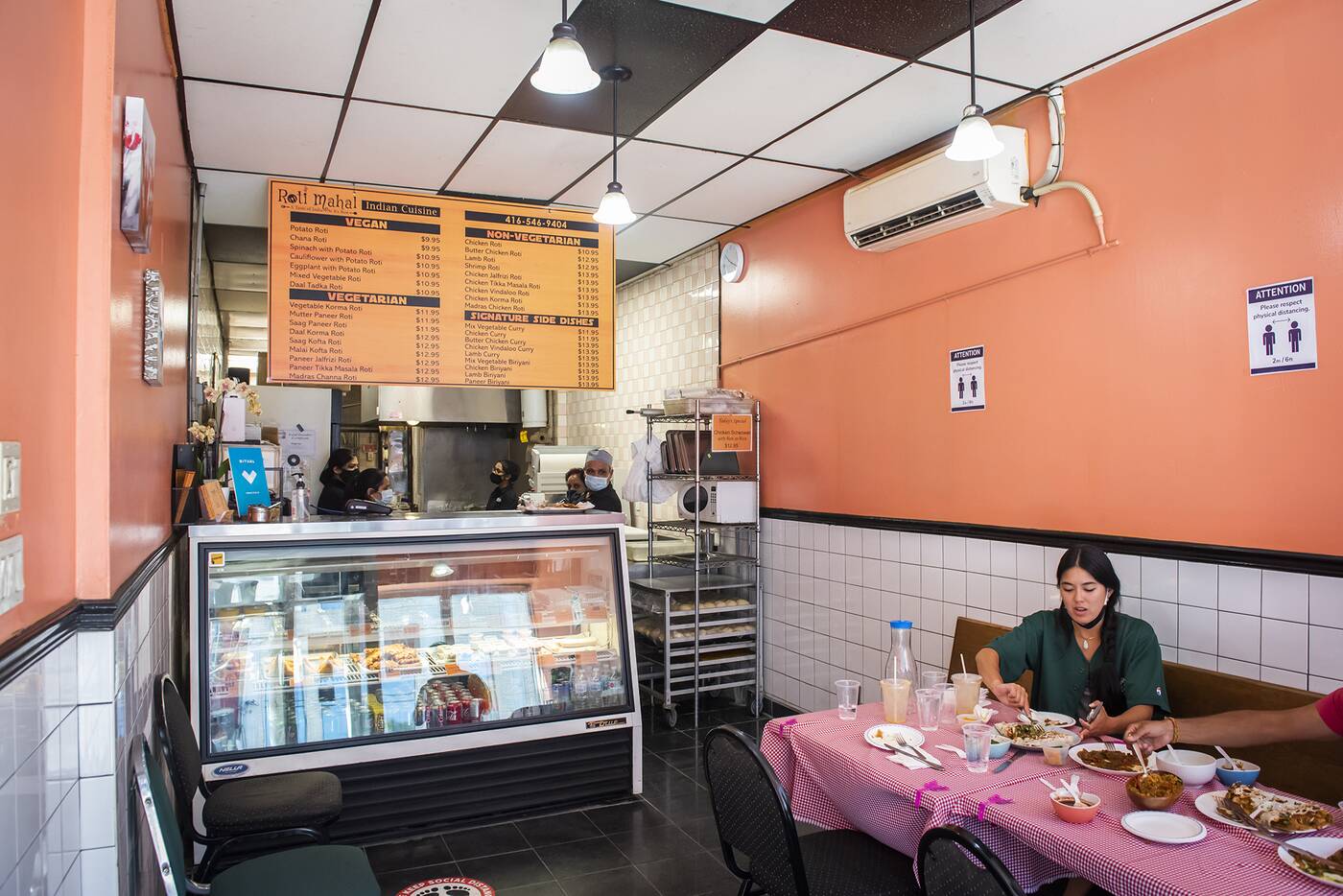 Co-owners Gigi Jacob and Prodip Das worked as cooks at Gandhi for 20 years and 7 years, respectively, plus some other Indian to-go spots in the downtown core. 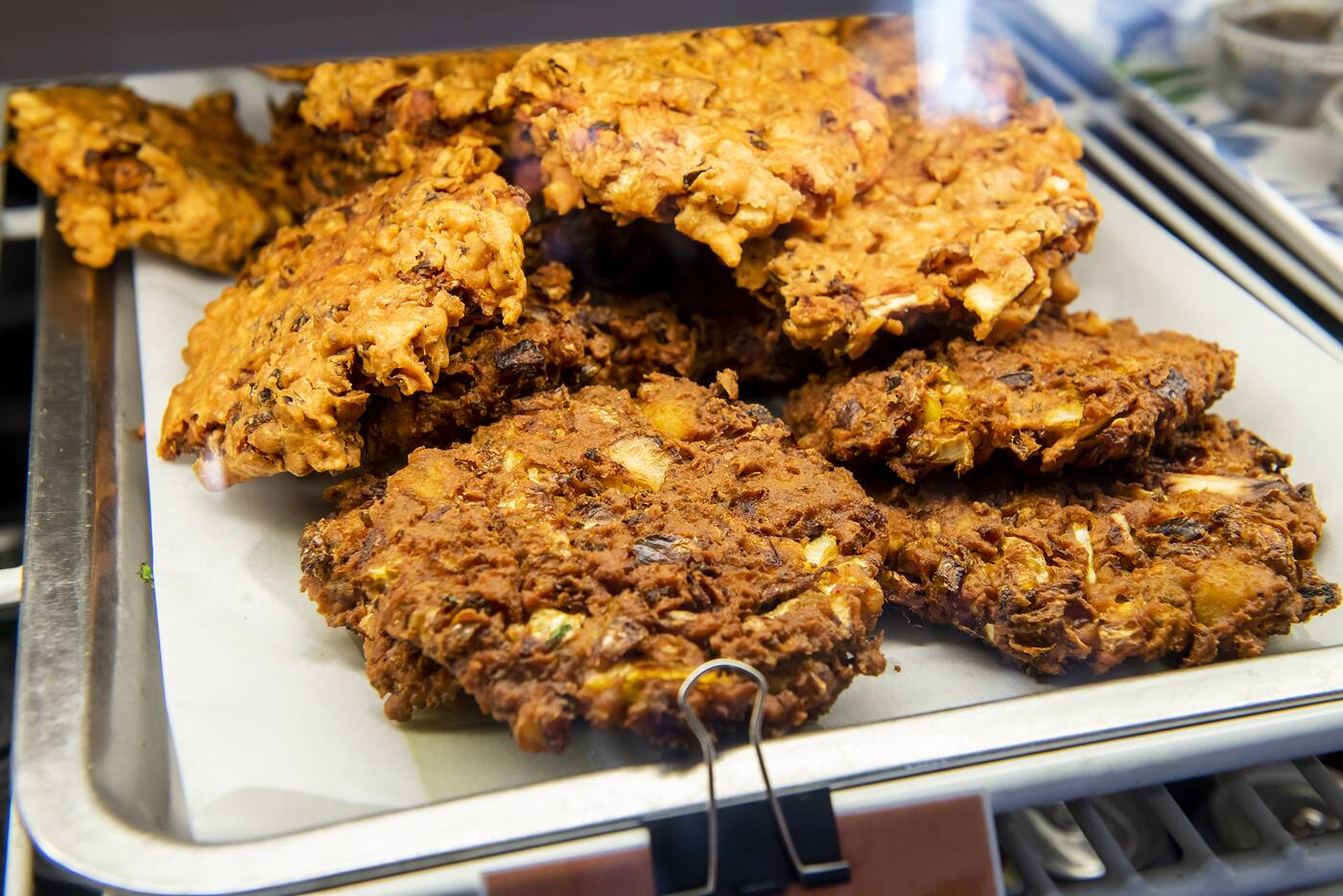 The front counter is filled with containers of meal essentials like raita ($1.99), veggie samosas and pakoras ($2.49) and the full array of chutneys for ($1.50). There are also day-old rotis if you're on a $10 and under budget. 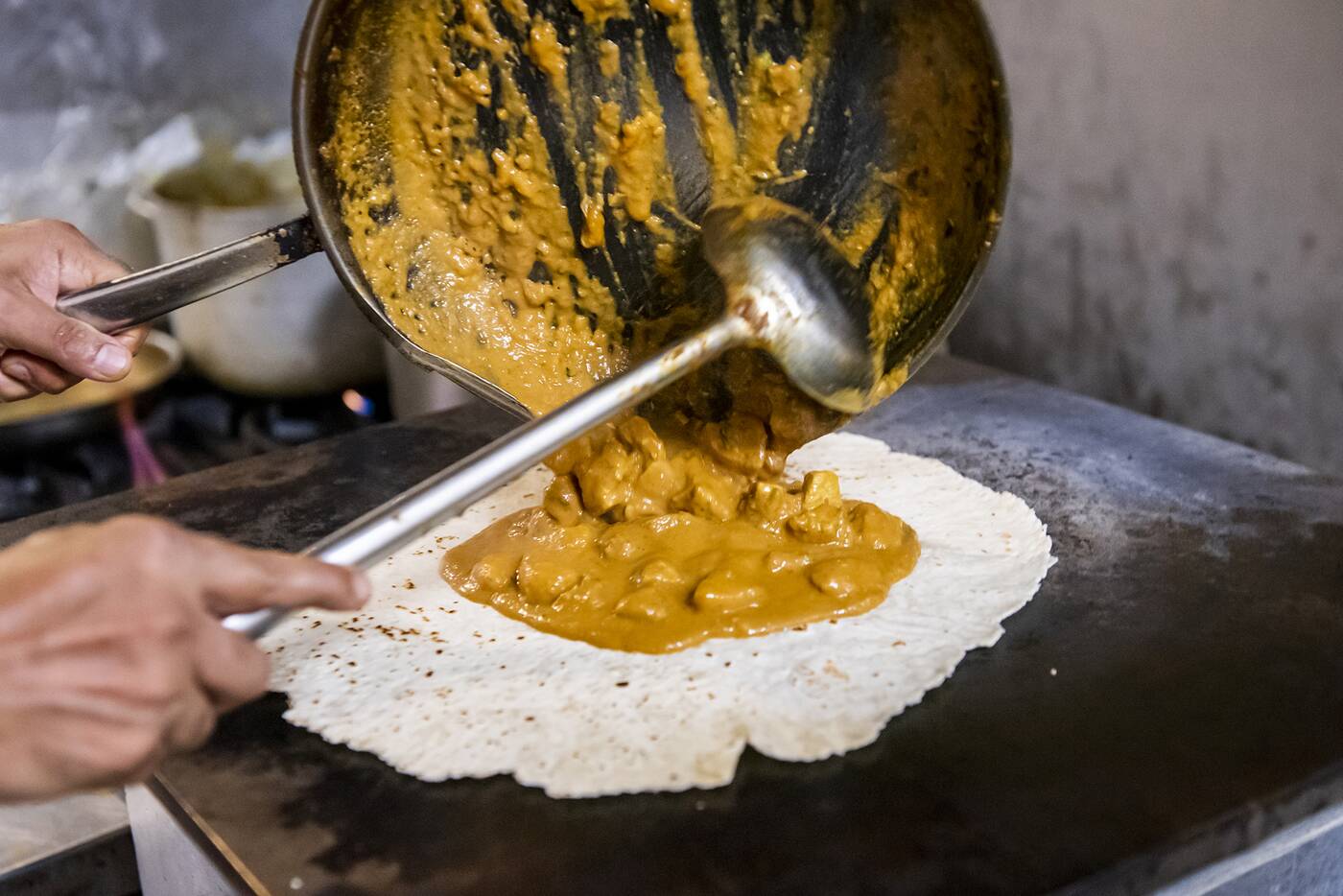 The classics are still here. There's 18 types of roti, half vegetarian and half non-veg. The roti stuffed with creamy butter chicken for $12.95 is still a reigning favourite. 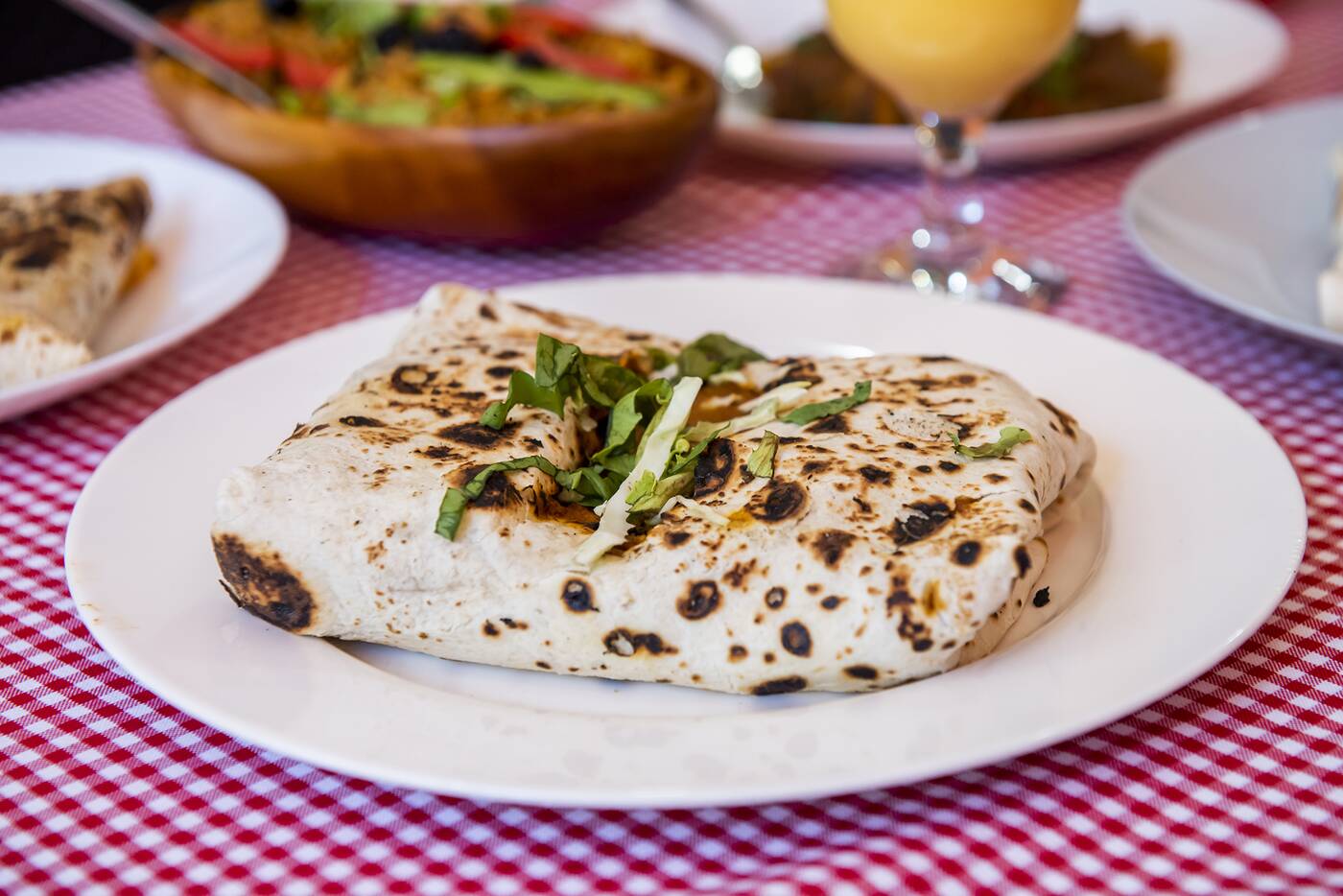 The saag paneer roti ($11.95) is, like the rest of the rotis, hefty with its spinach and paneer chese filling. 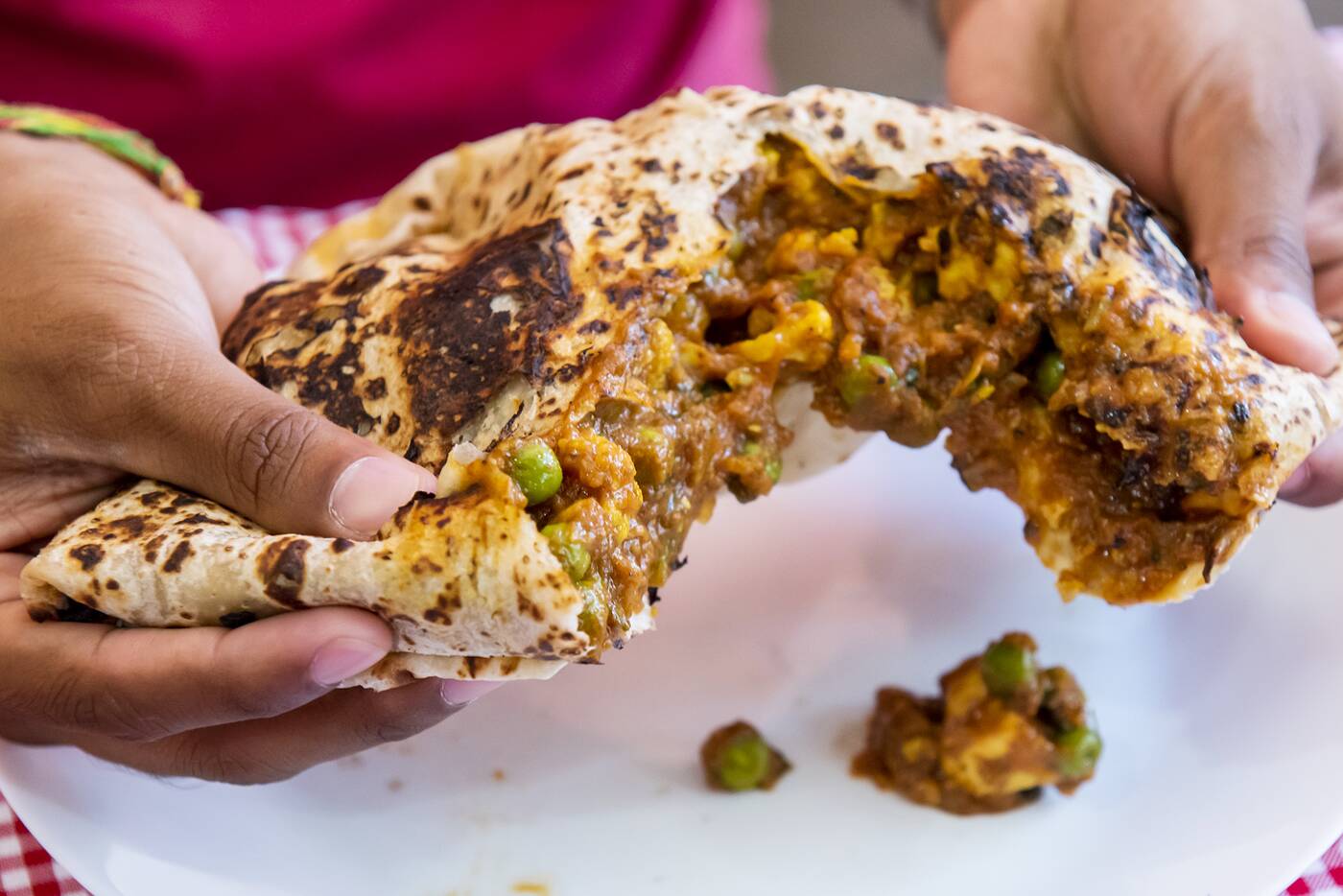 My favourite is the deliciously saucy paneer jalfrezi roti ($12.95), which stuffs the shell with the veggie curry originating in Bengal but popular throughout India. 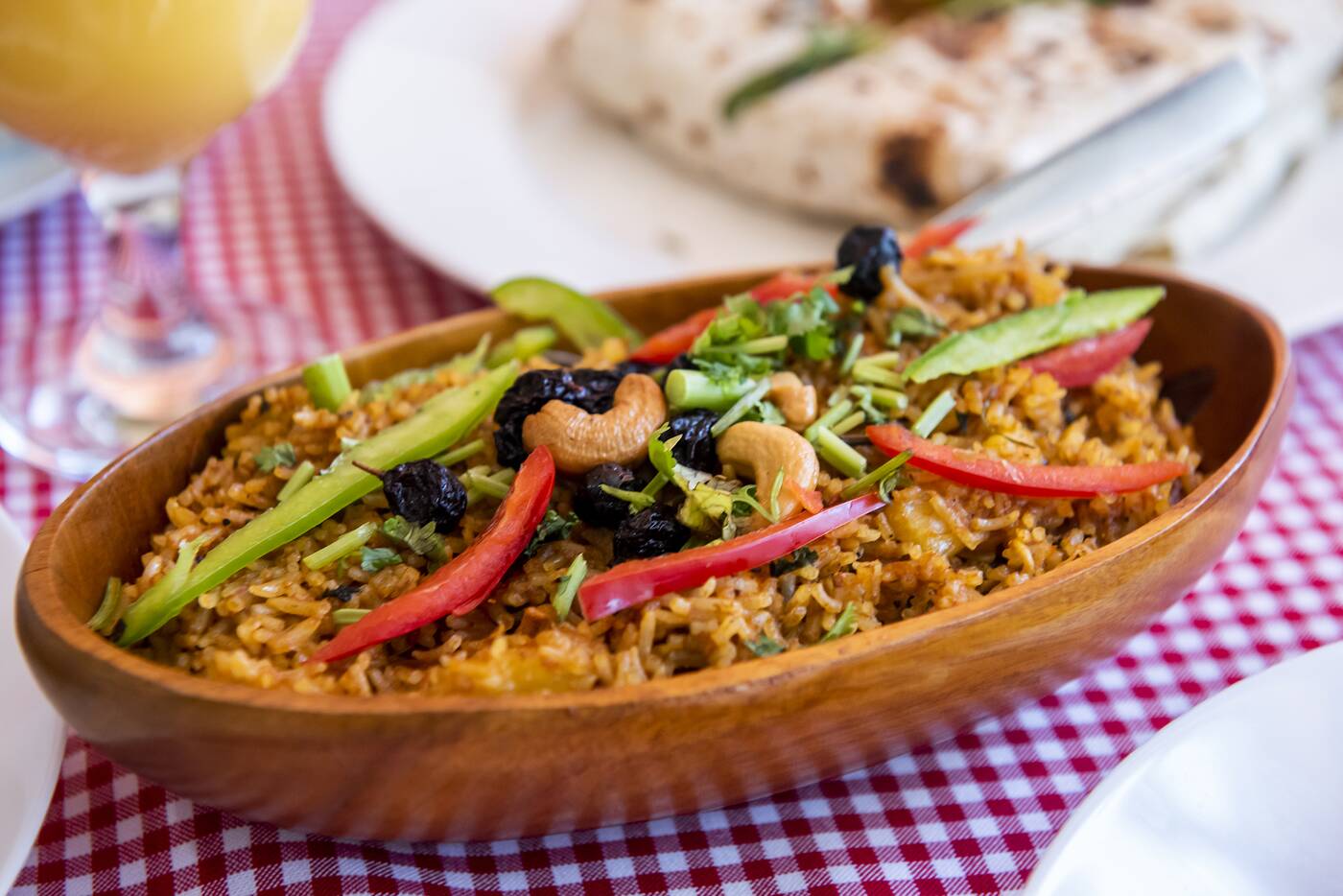 New to the menu are a list of four biryanis. The chicken biryani, topped with raisins, cashews, and peppers, is an easy winner. 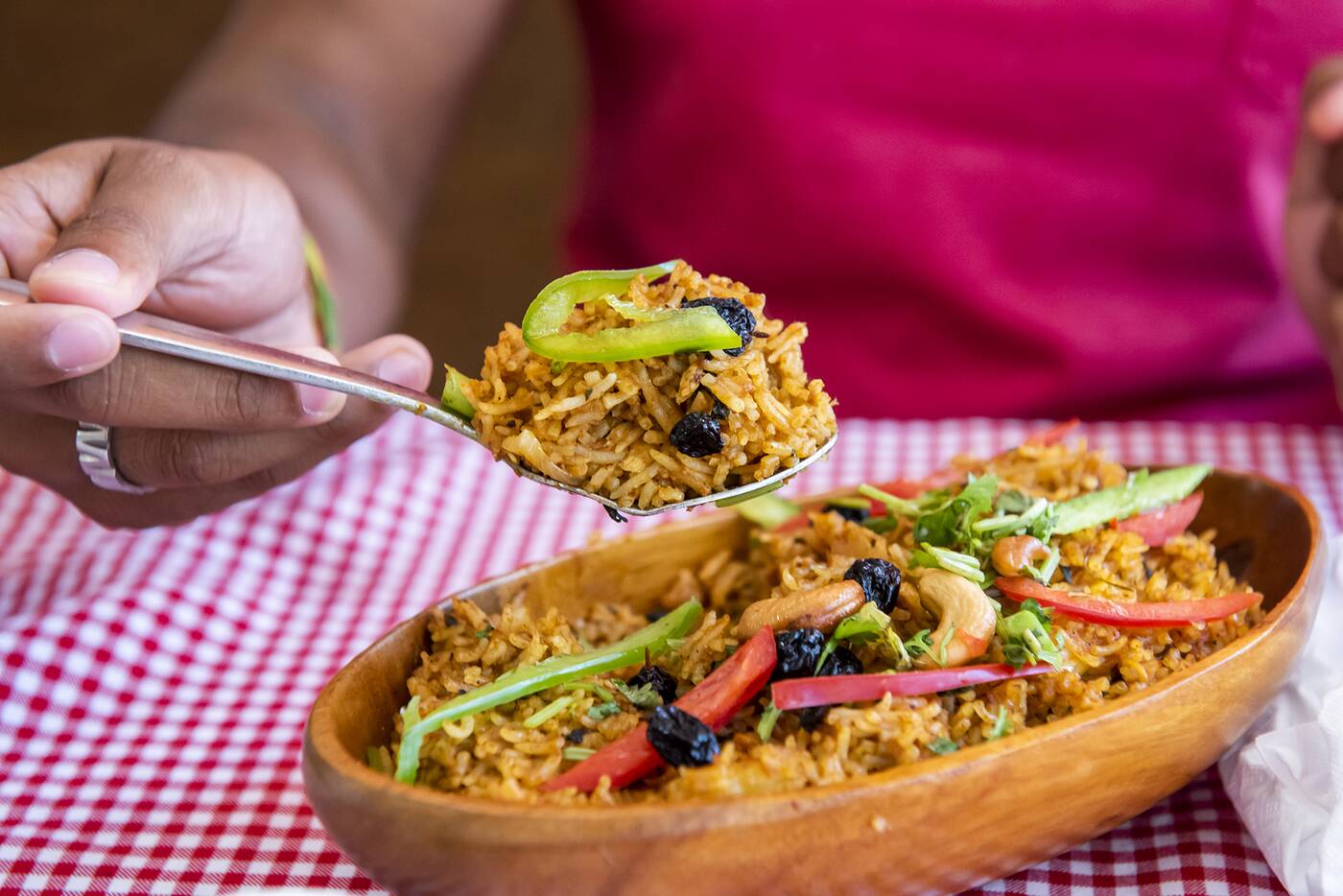 Low on the spice metre but high in flavour, the biryani is sweet, thanks to the use of pineapple essence — a recipe most common in Kerala, where Jacob is from. Another Malayali touch is the kitchen's must-try date and lemon chutney. 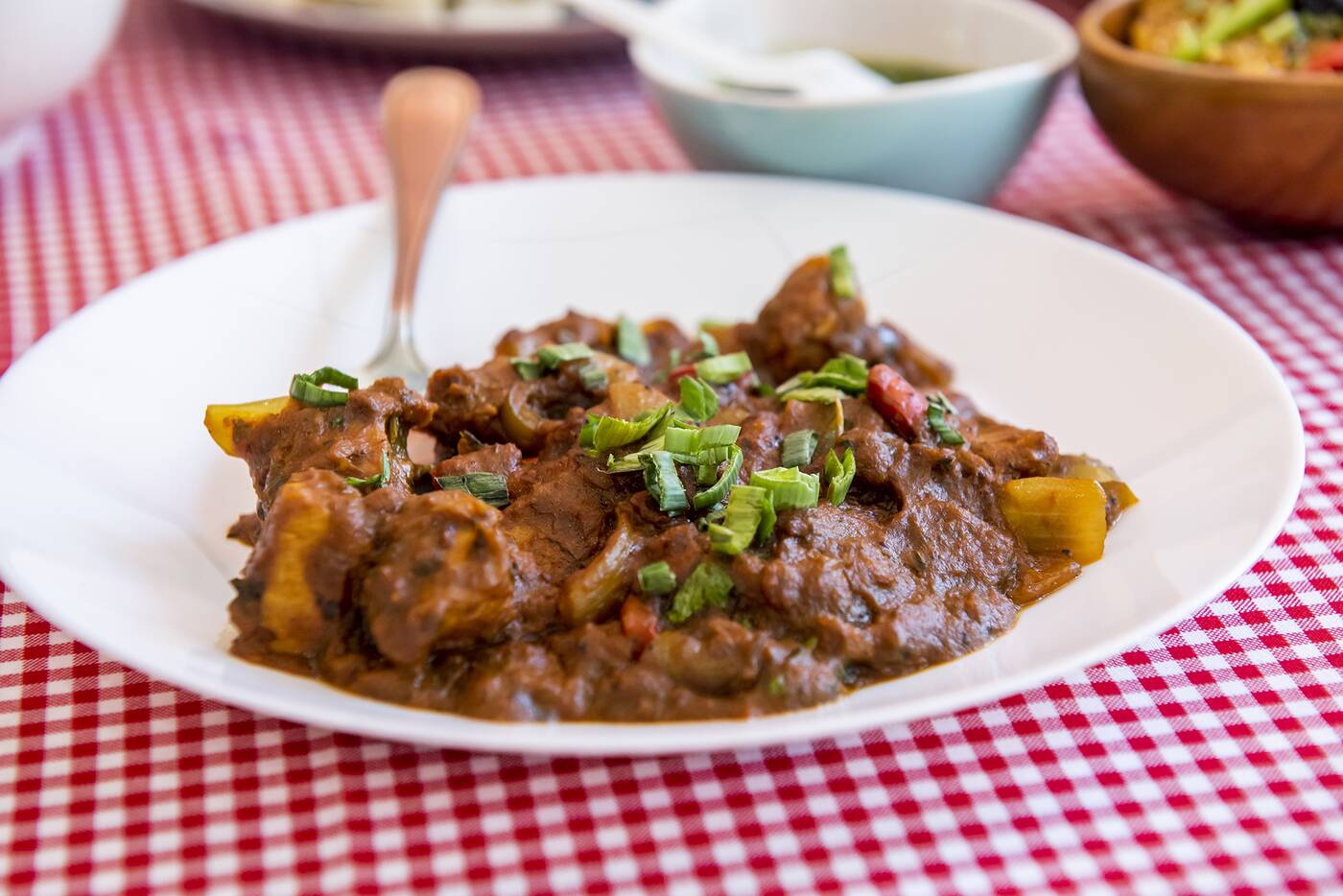 A dish called Chicken Szechuan is also new ($12.95), a saucy plate disguised as the Chinese dish with green and red peppers. 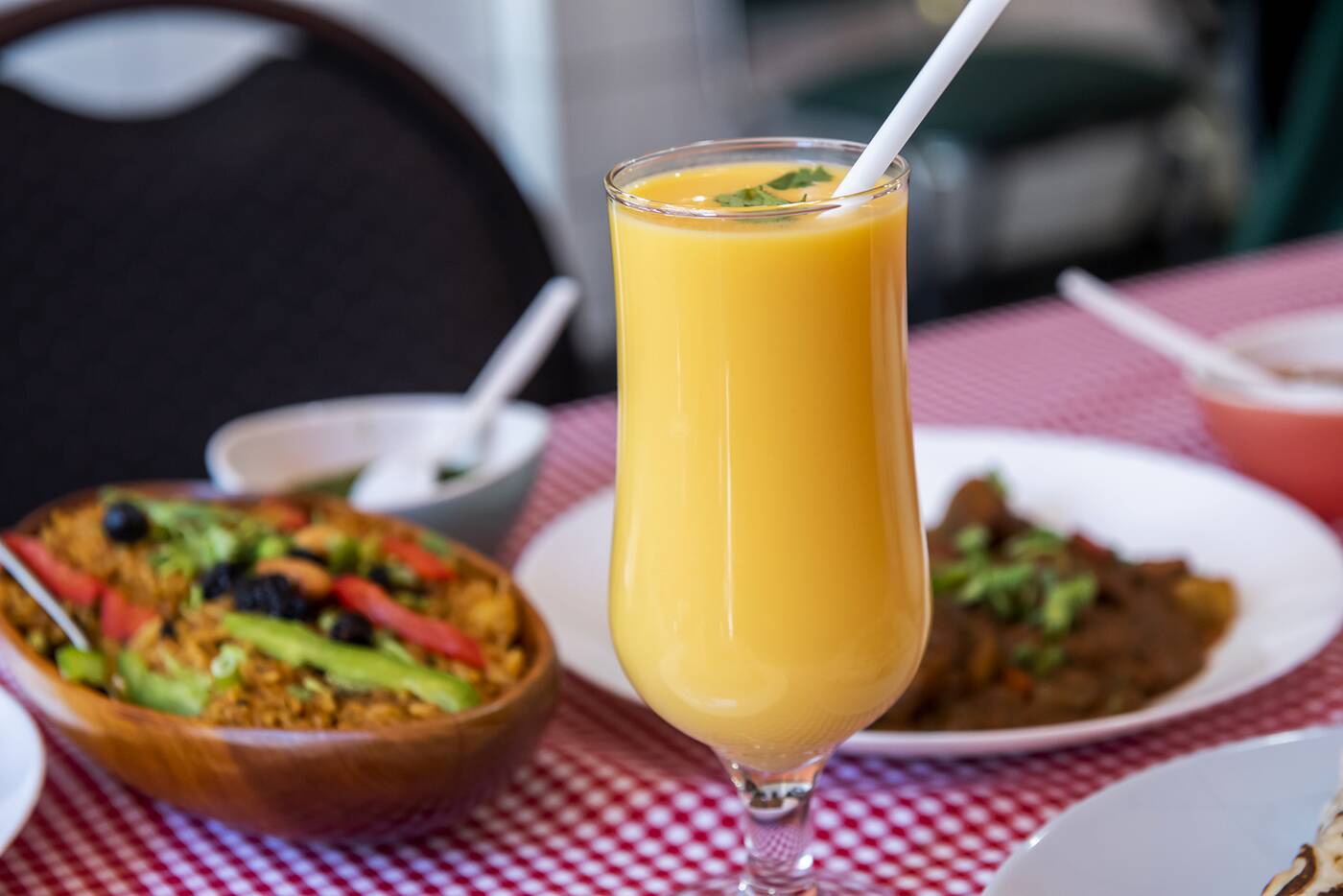 They make their mango lassi is made fresh in-house; it's $3.95 each. 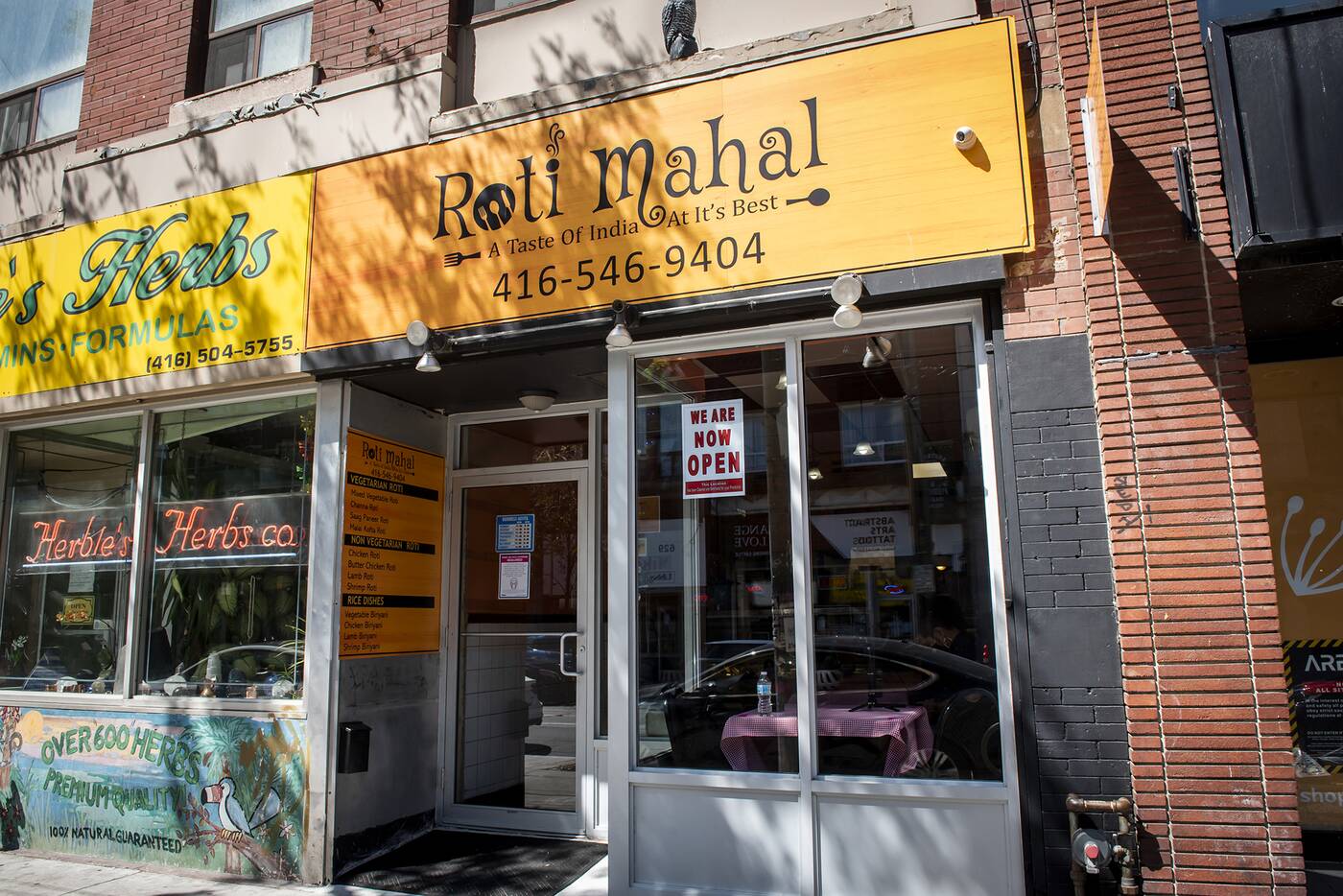