Roti Roti Family Restaurant has been serving Trinidadian cuisine including scratch-made dhal puri roti for low prices for over 25 years.

It has been run by the Ramsawak family the entire time, and holds the record for once making the largest roti in Toronto (if not the world). To this day, they still make massive "wedding size" paratha. 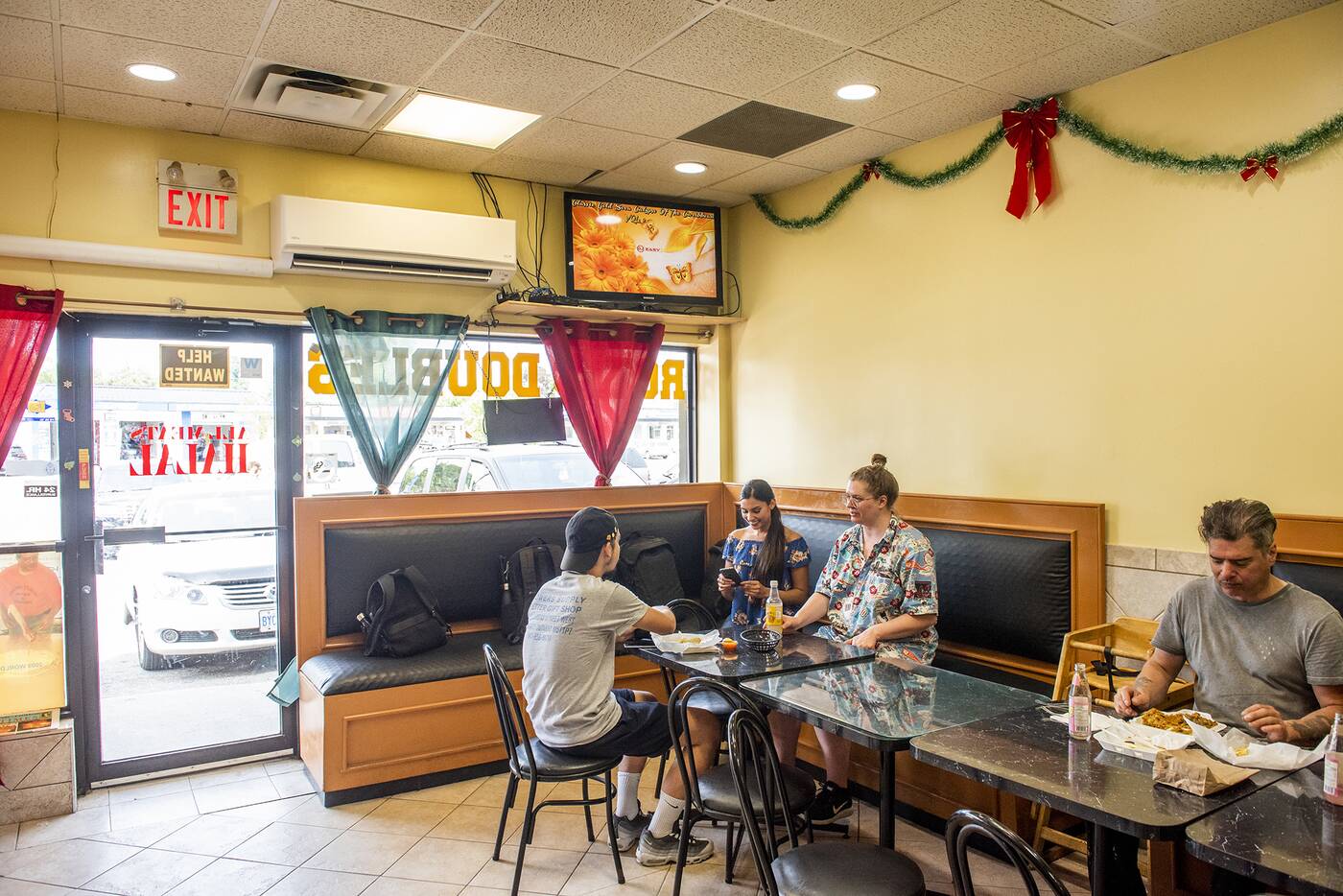 Originally located at Lakeshore and Kipling, Roti Roti moved to these humble confines in 2001, everything produced by hand in a busy kitchen full of family members at the back. 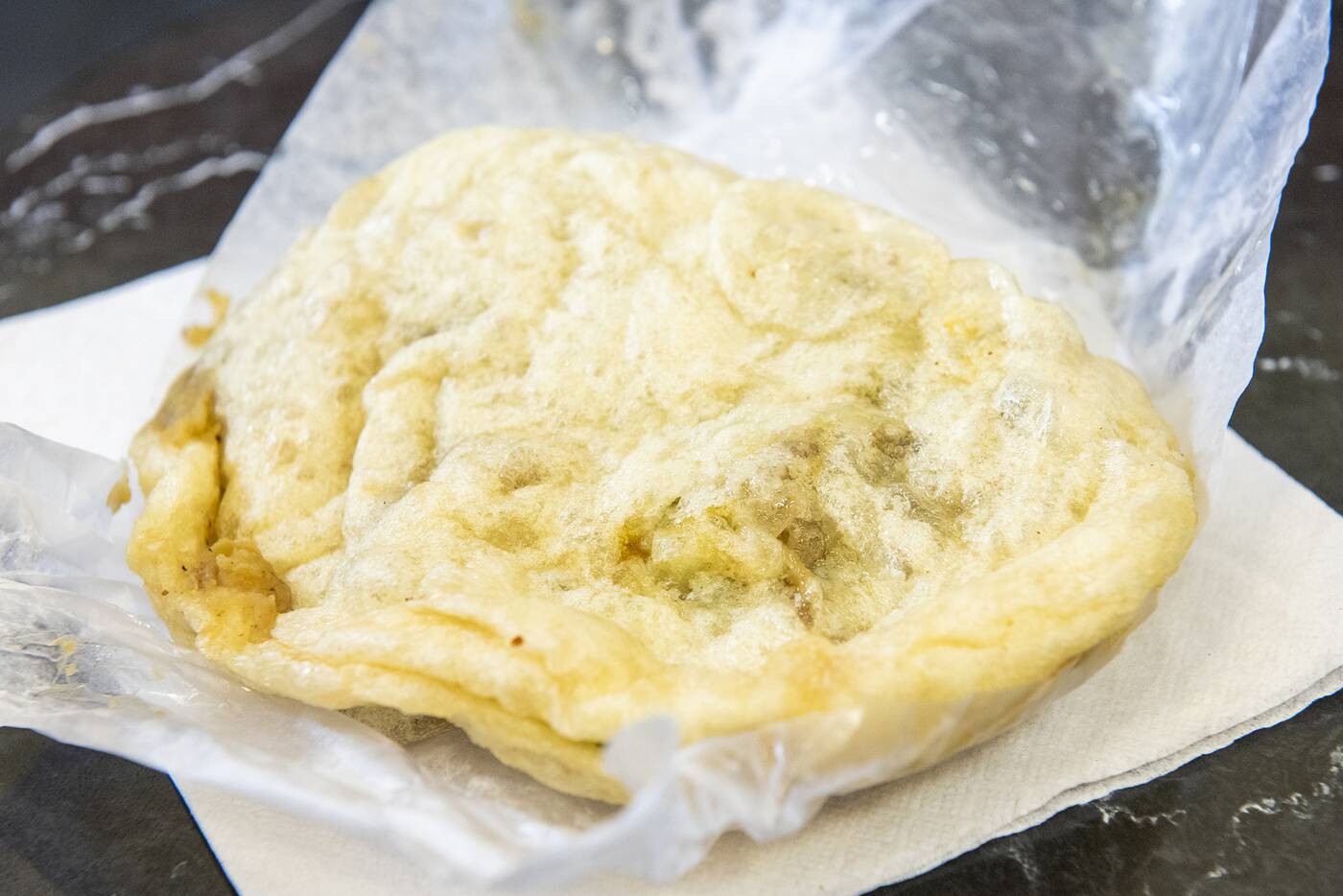 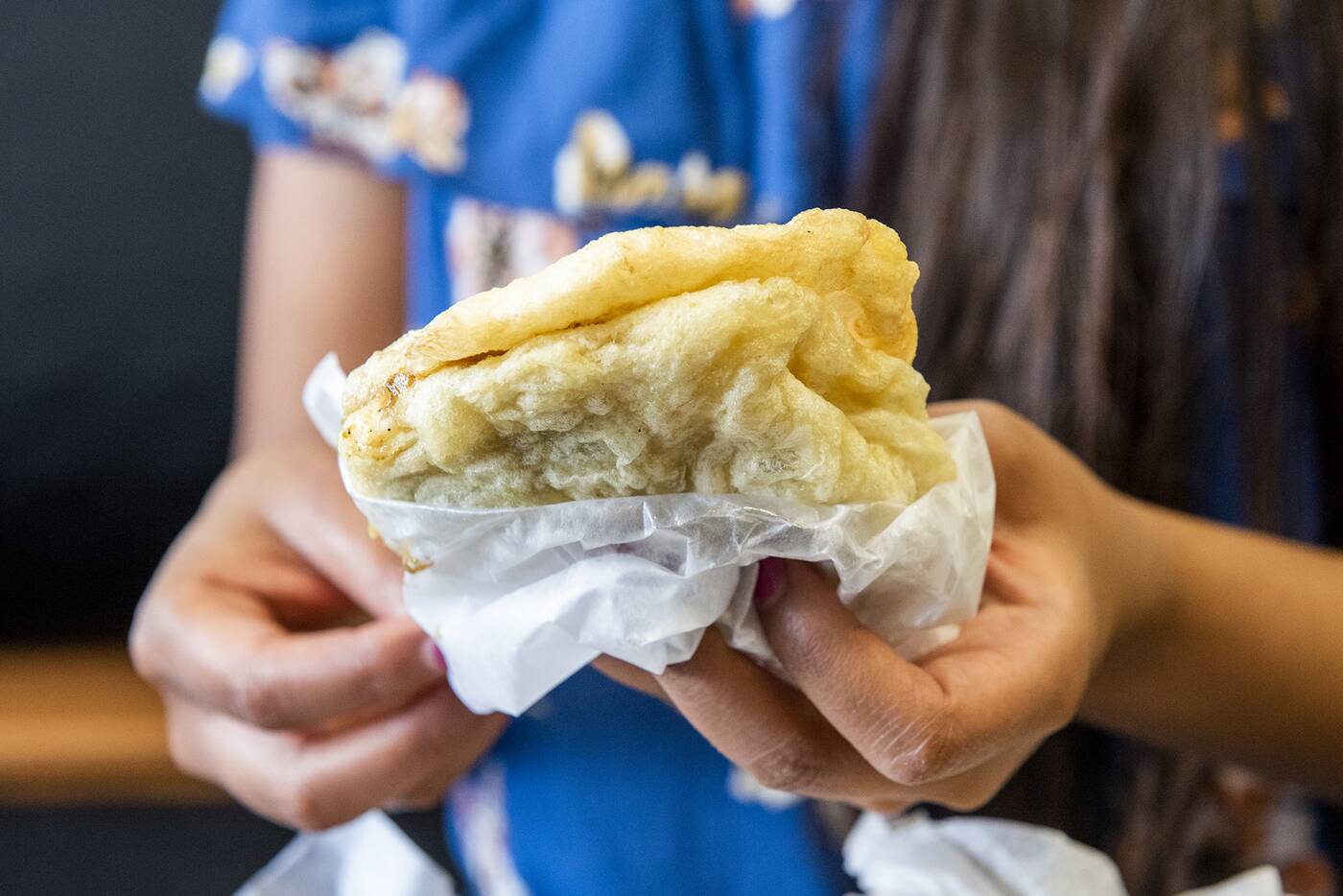 The fluffy, palm-sized doubles are filled with saucy chickpeas by default, but you can add meat as well. 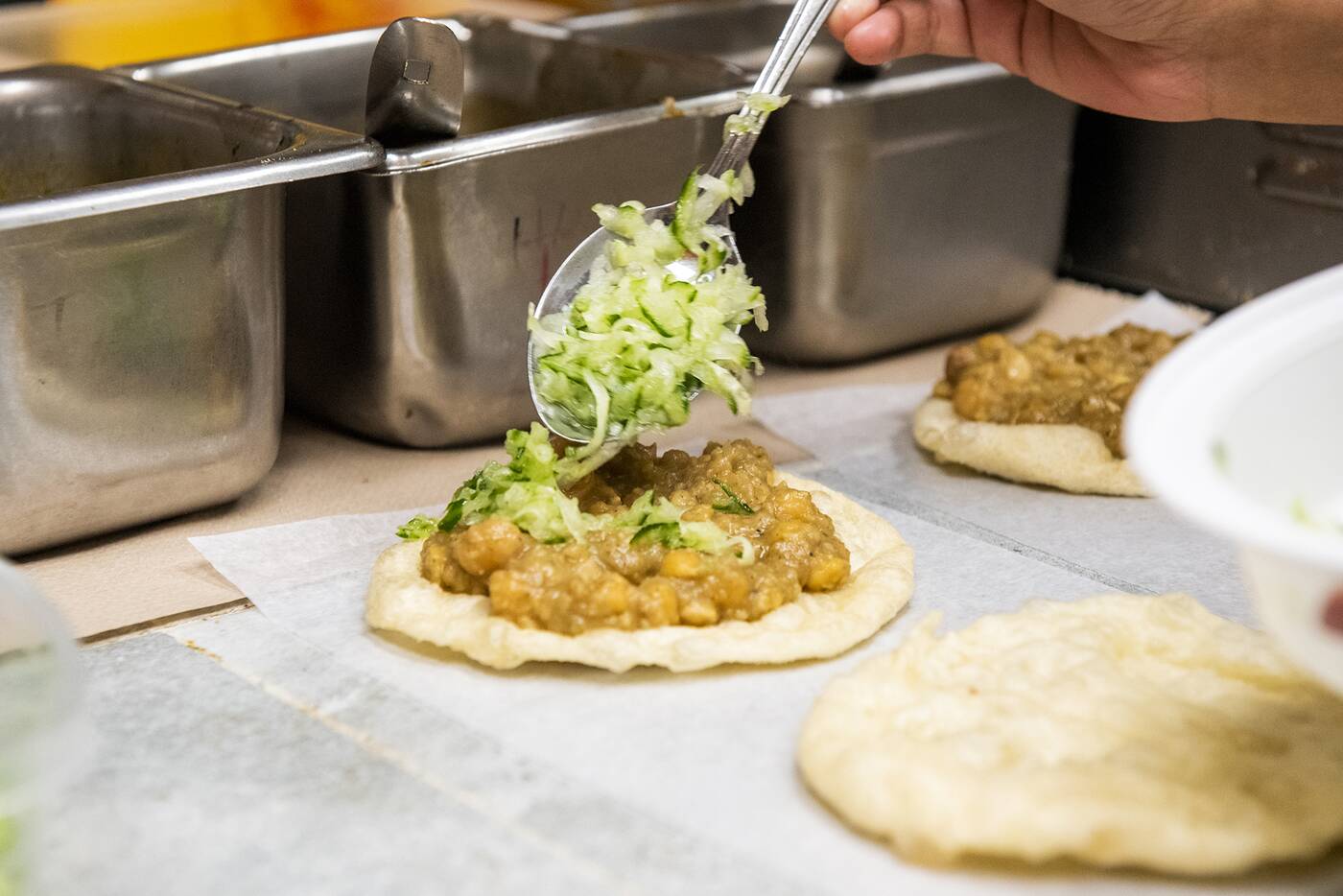 Messy but somehow not greasy, the filling is set off by green onion, grated cucumber and a zinging house pepper sauce made with scorpion pepper and scotch bonnet that add flavourful combination of heat and brightness. 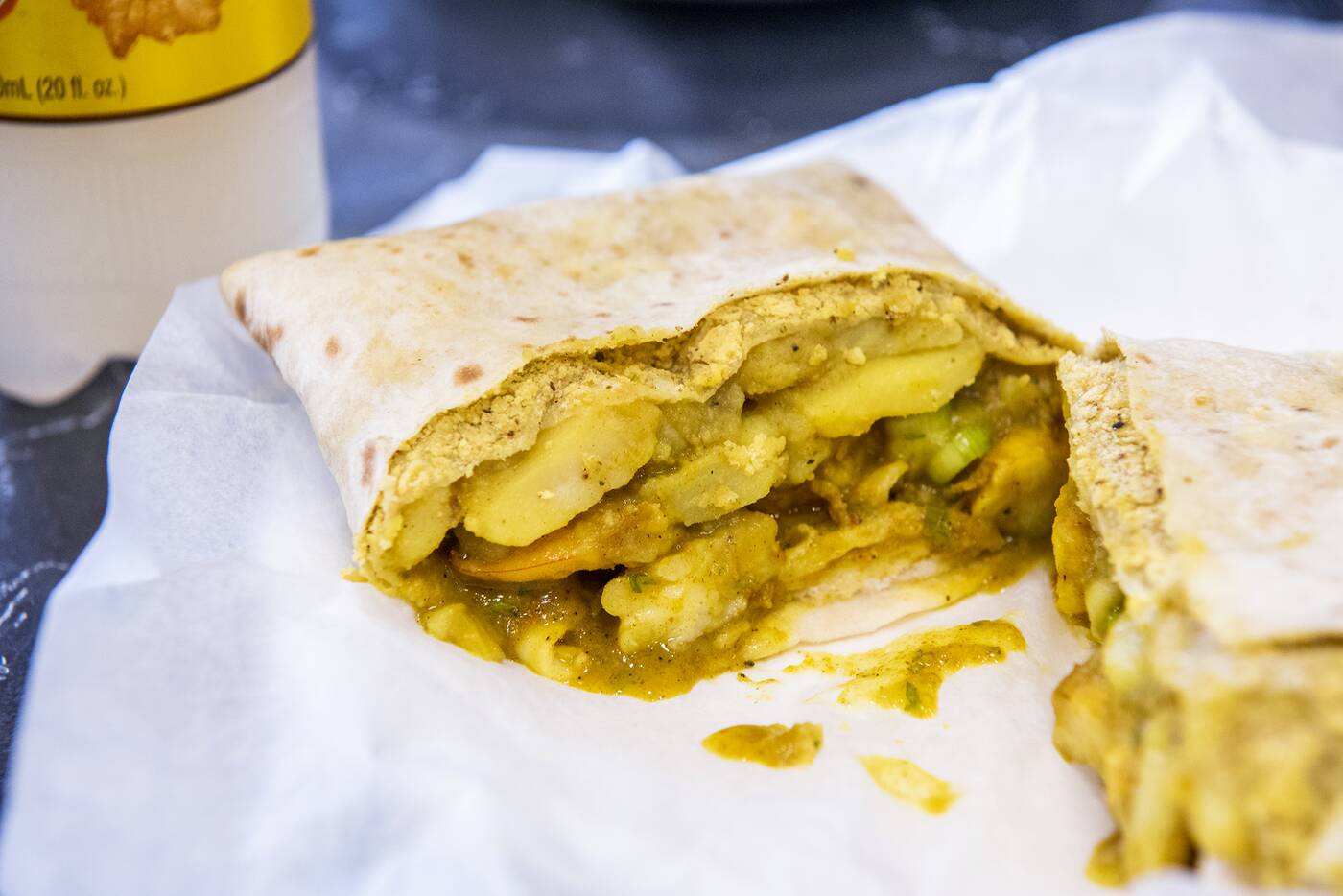 A curry shrimp roti is the most expensive it gets at $8.84 for a very generous medium, potato or channa going for just $5.75. 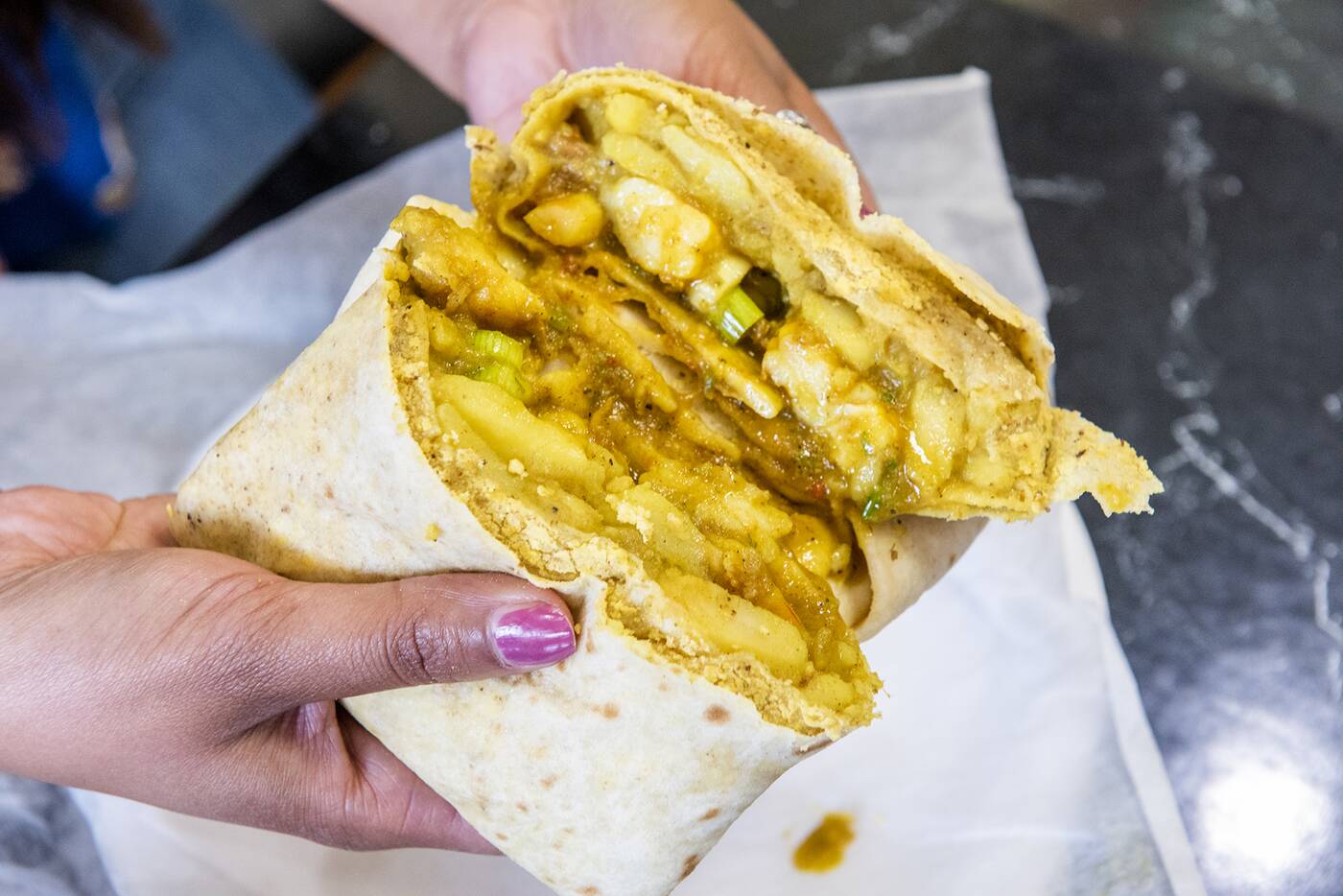 Juicy shrimp are cooked in a Madras-style curry with turmeric, garlic powder and achar masala for a warmly spiced but mild dish. 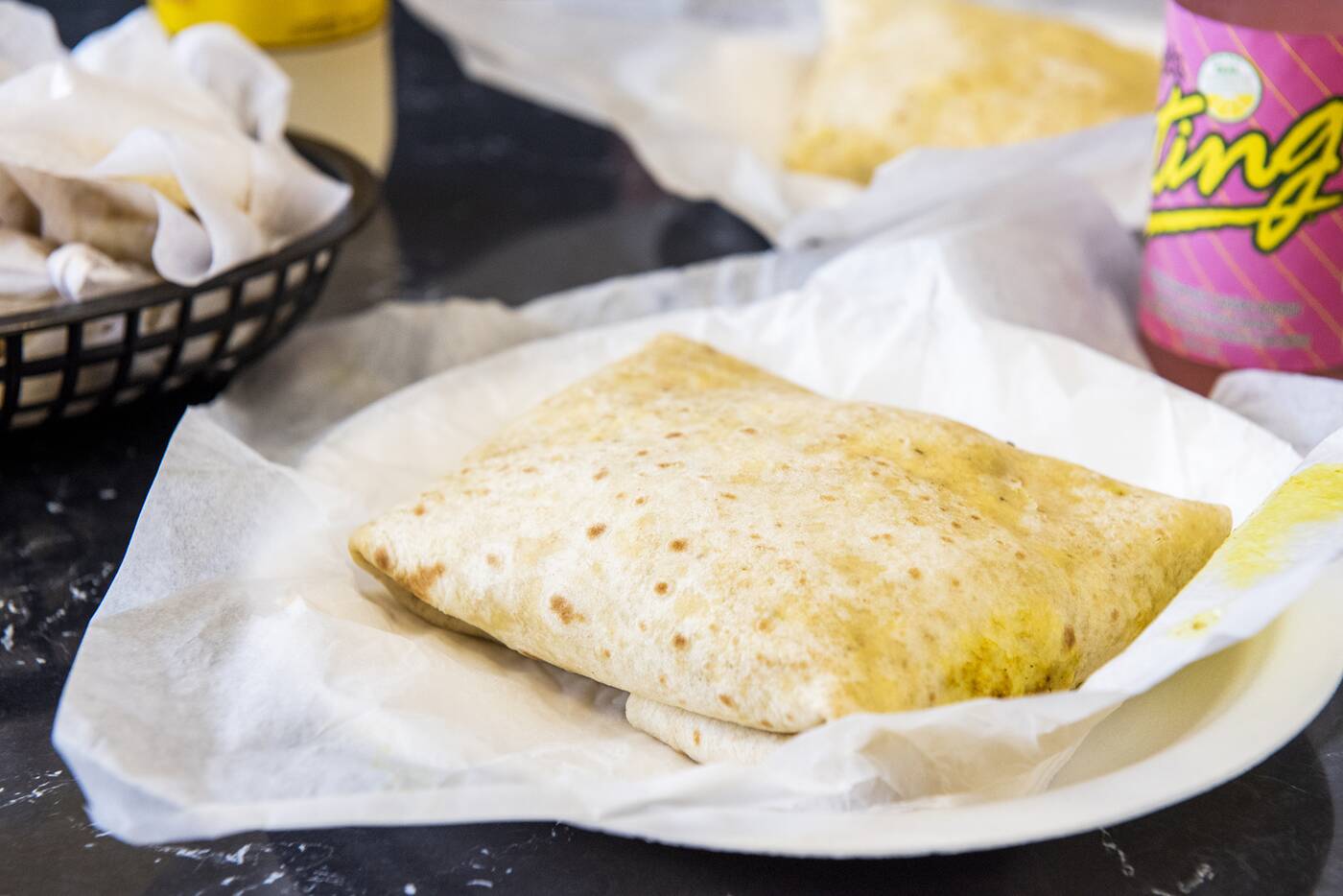 Boneless curry goat roti is an absolute classic that goes for the same price, all curries the same but a little less achar masala in this one, since the robust goat meat is less delicate than the shrimp. It's tender and devourable, and perfectly matched with the curry. 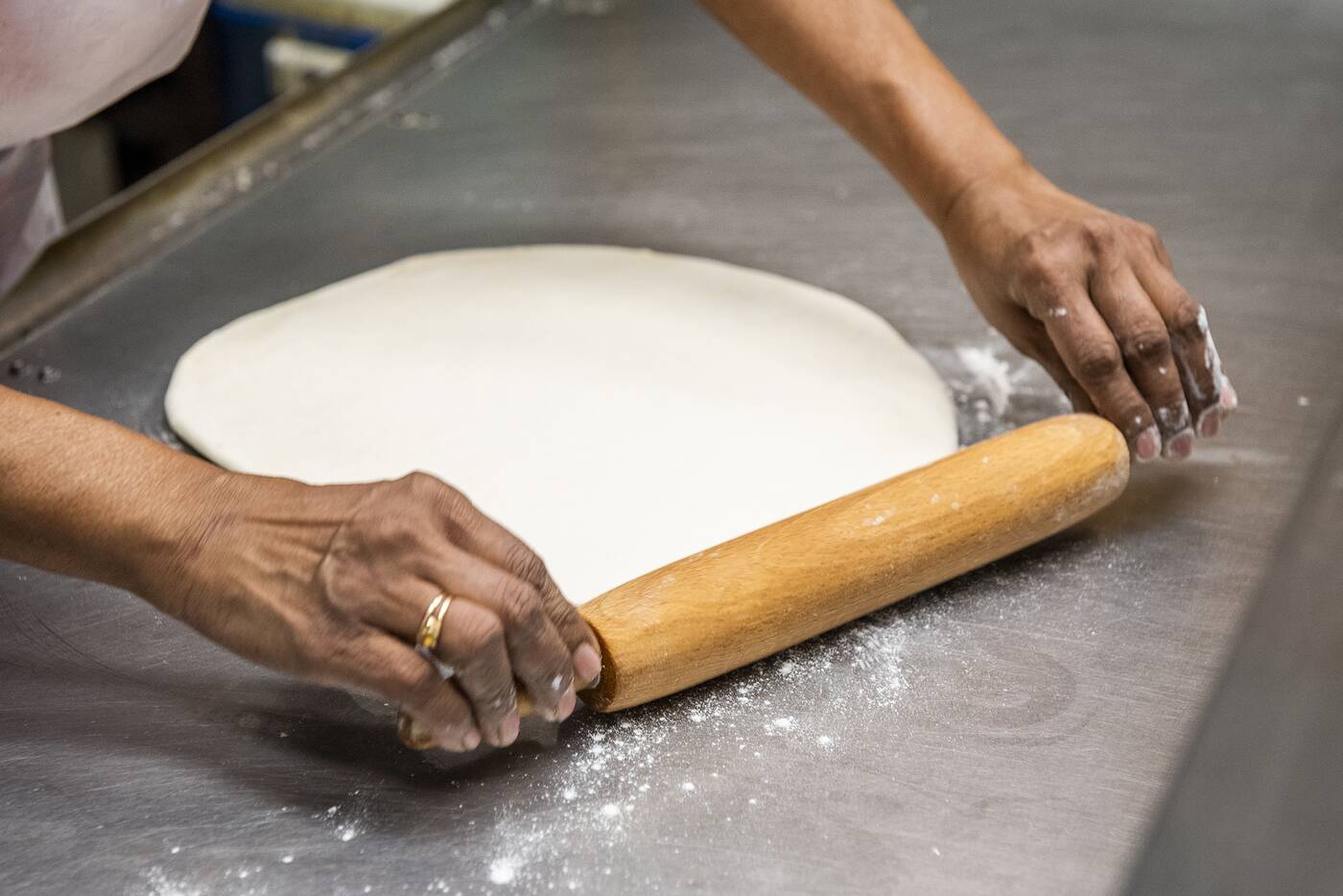 Roti are made from scratch by hand several times a week, supplying other restaurants as far as Sudbury with shells. 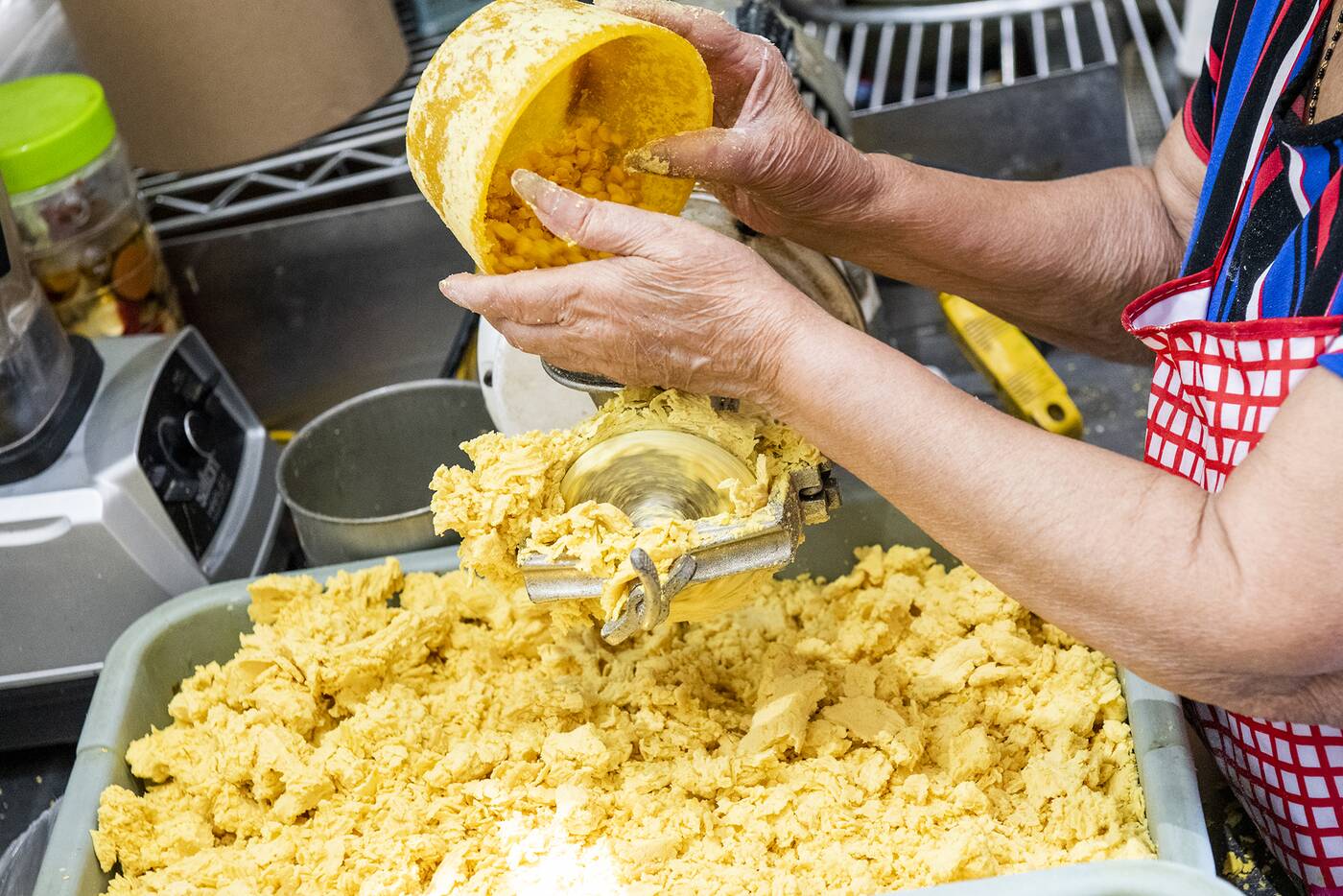 They even have to limit selling certain types of roti like their labour-intensive dhal puri, a layered roti made by encasing ground yellow lentils in the dough for a more flavour-packed shell. 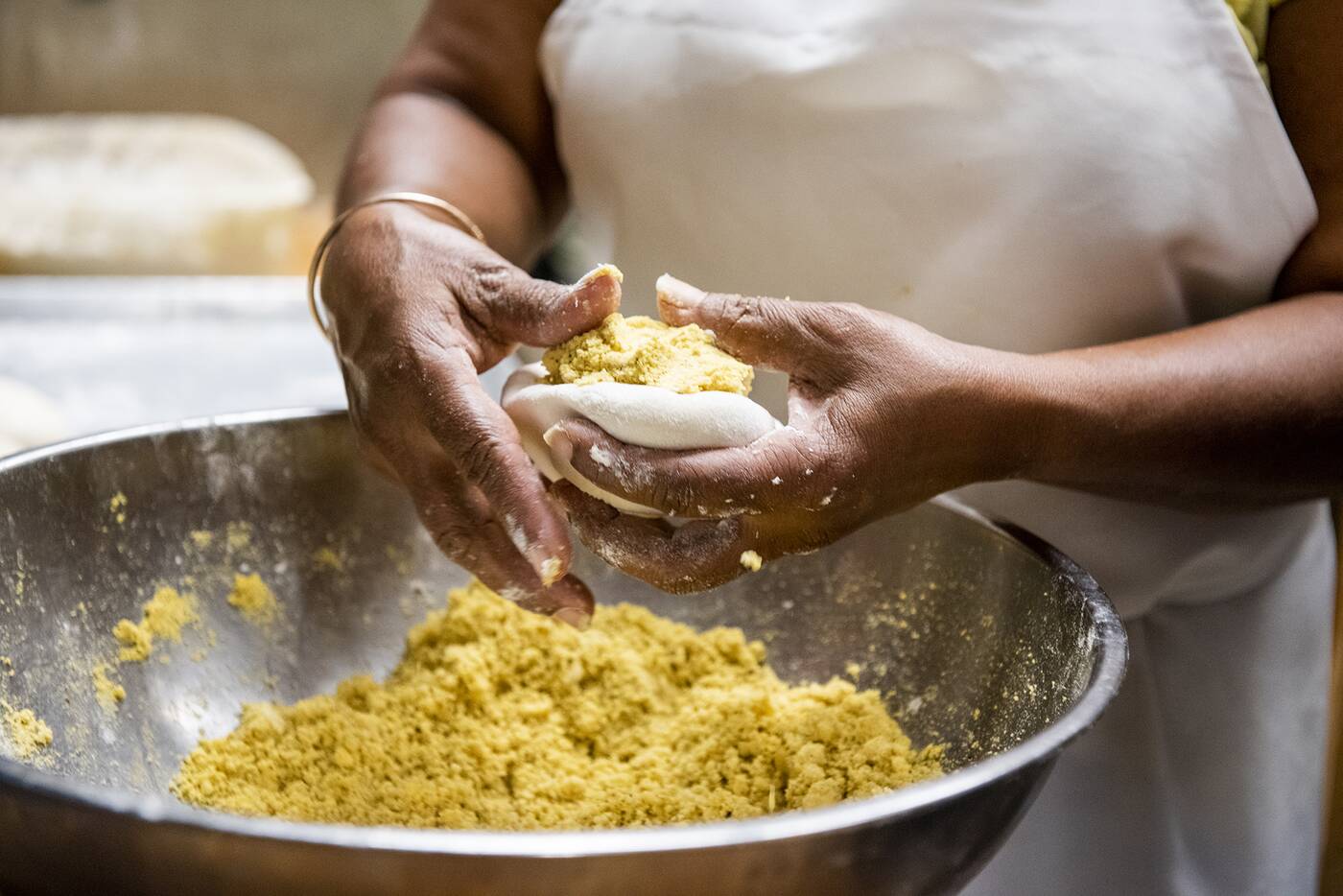 This process actually starts by packing the ground lentils into the dough in balls. 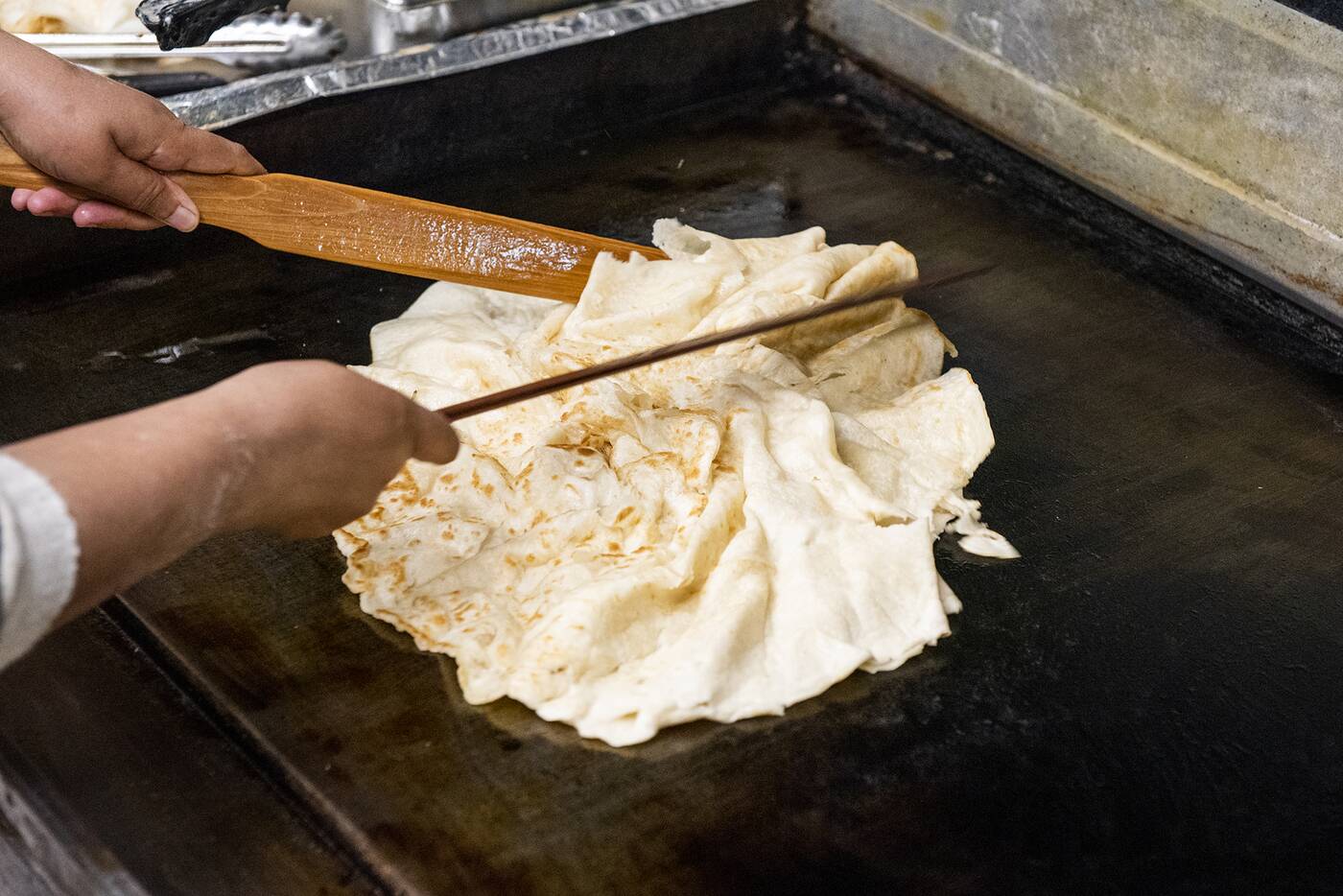 They're then get rolled out by hand, flipped on a griddle, oiled with a wooden tool on both sides, and fluffed up with wooden paddles. 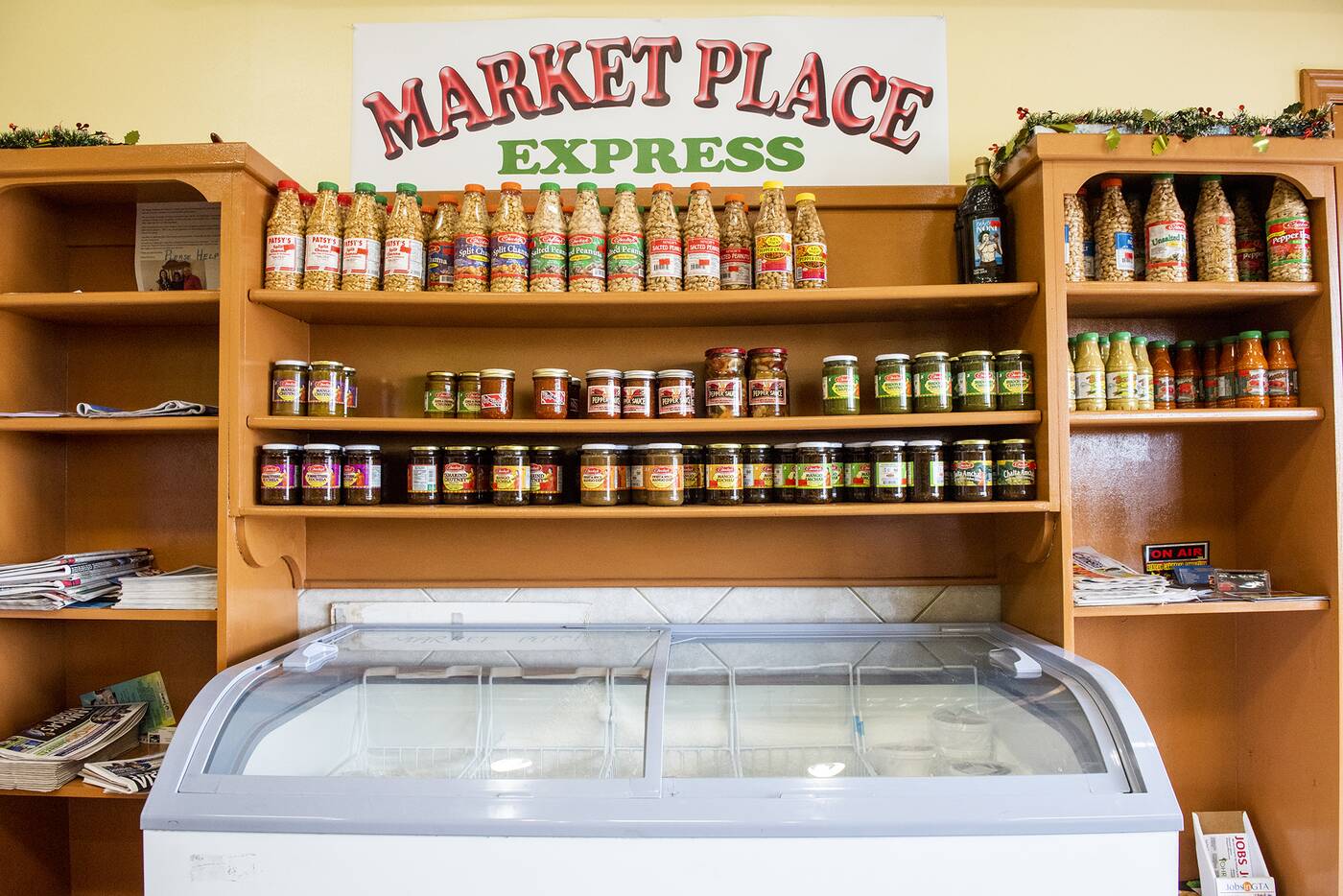 Their house pepper sauce can be purchased from a market section here, as well as other hot sauces, pantry staples, and frozen items like roti, oxtail and conchs. 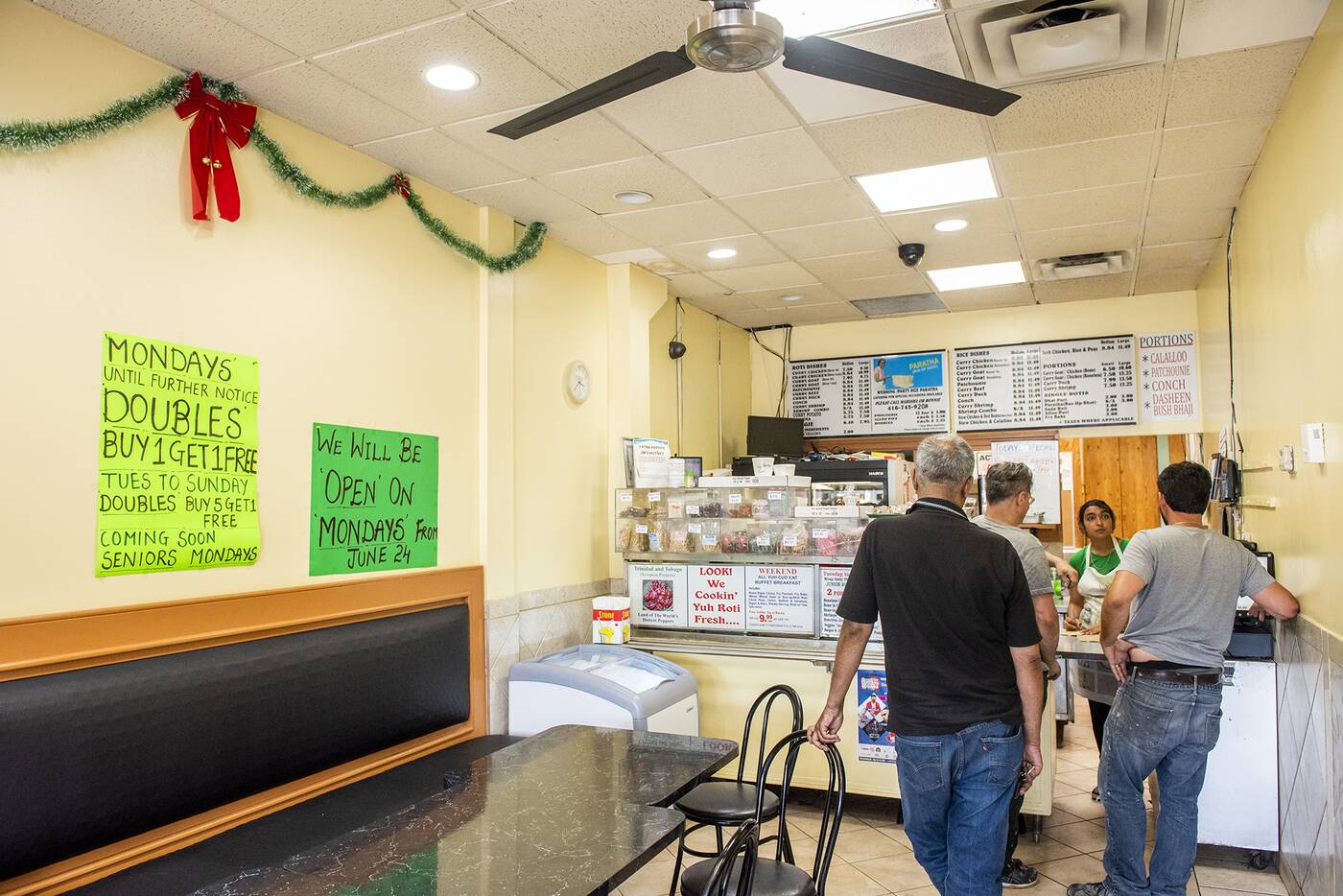 All meats here are totally halal, and there are also special deals for students on roti here. 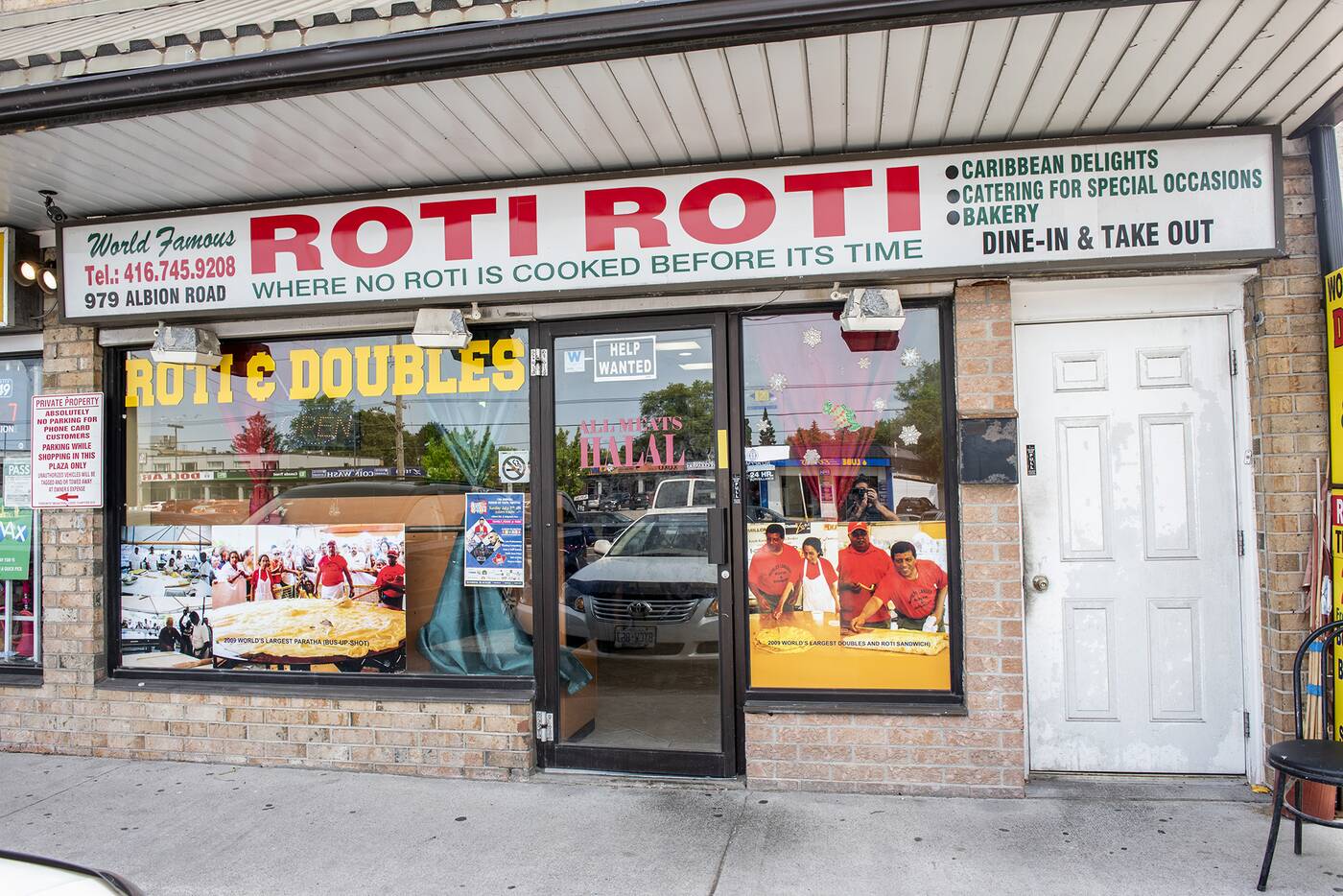