Ramen Buta-Nibo is the first noodle restaurant in Toronto to serve steaming bowls of Jiro-style ramen.

The restaurant comes from the same owners behind Ryus Noodle Bar that's located down the block (it was previously located on Baldwin Street). 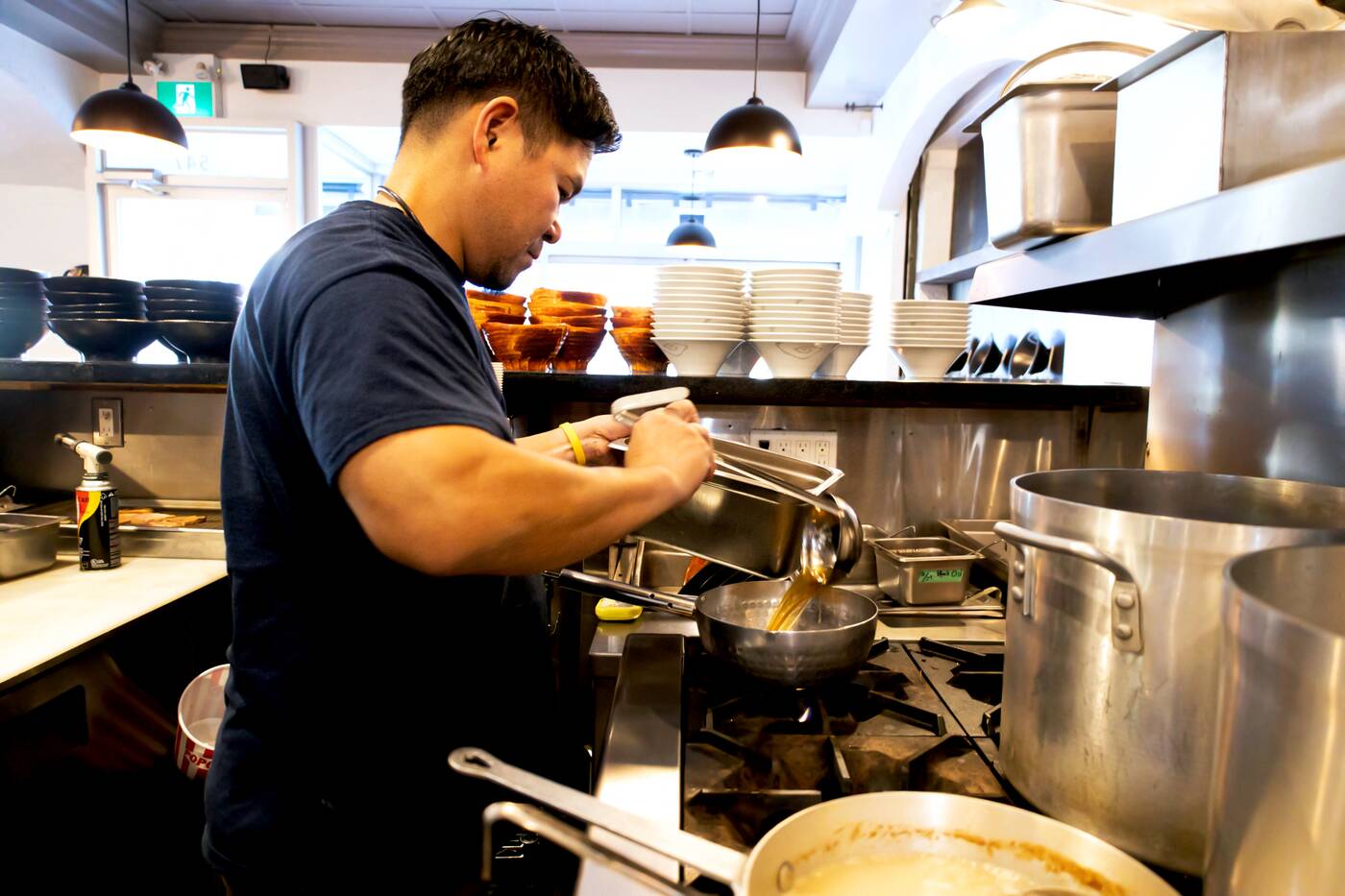 While Ryus is all about ramen with chicken broth, Buta-Nibo focuses on a broth made using pork and fish. Buta translates to pig or pork in Japanese and niboshi means dried anchovy. 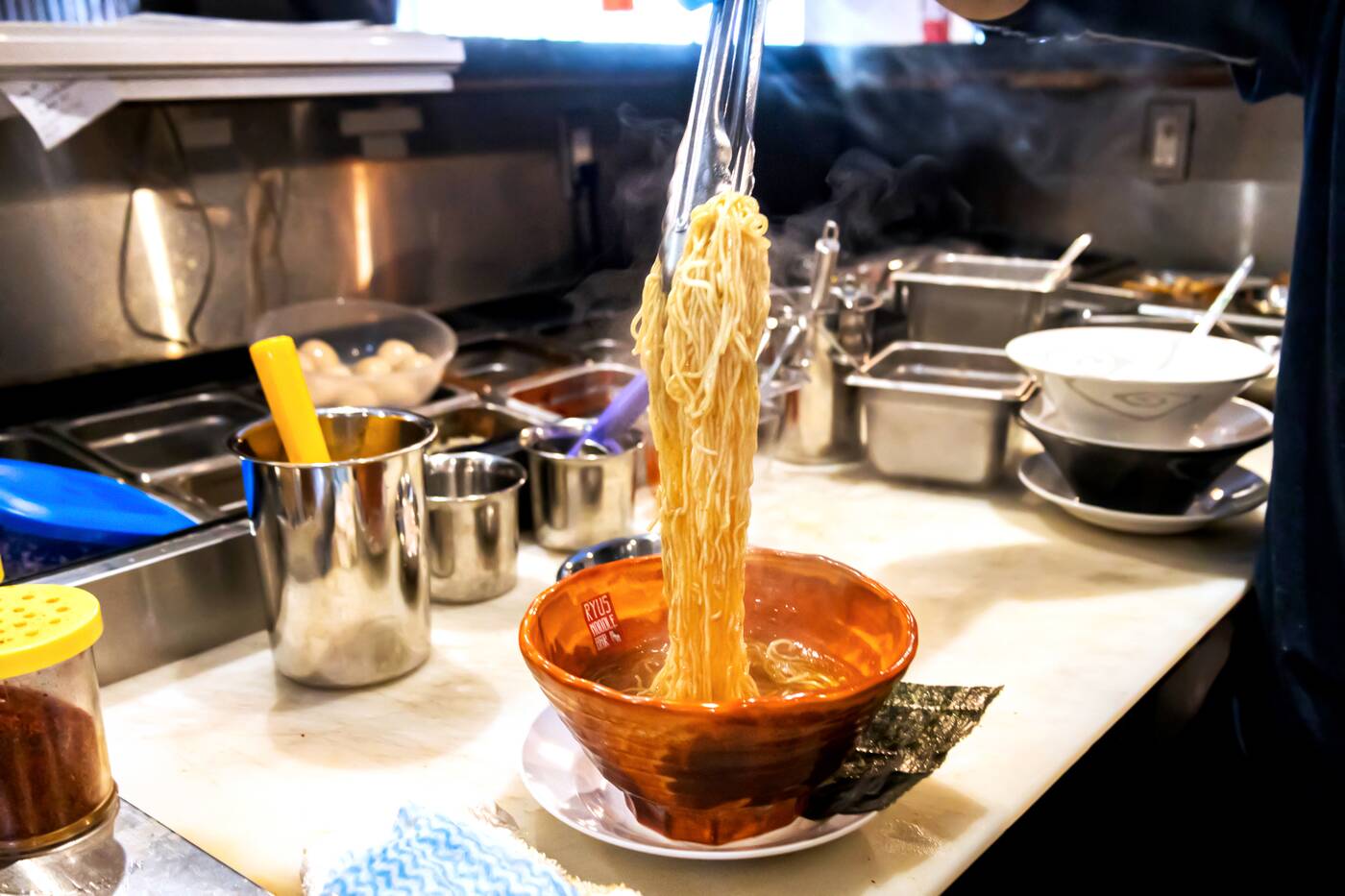 It features a rich and oily broth that's made from boiling pork bones and pork fat for hours and is characterized by its thick noodles, a pile of garlic paste and cha-shu (braised pork belly). 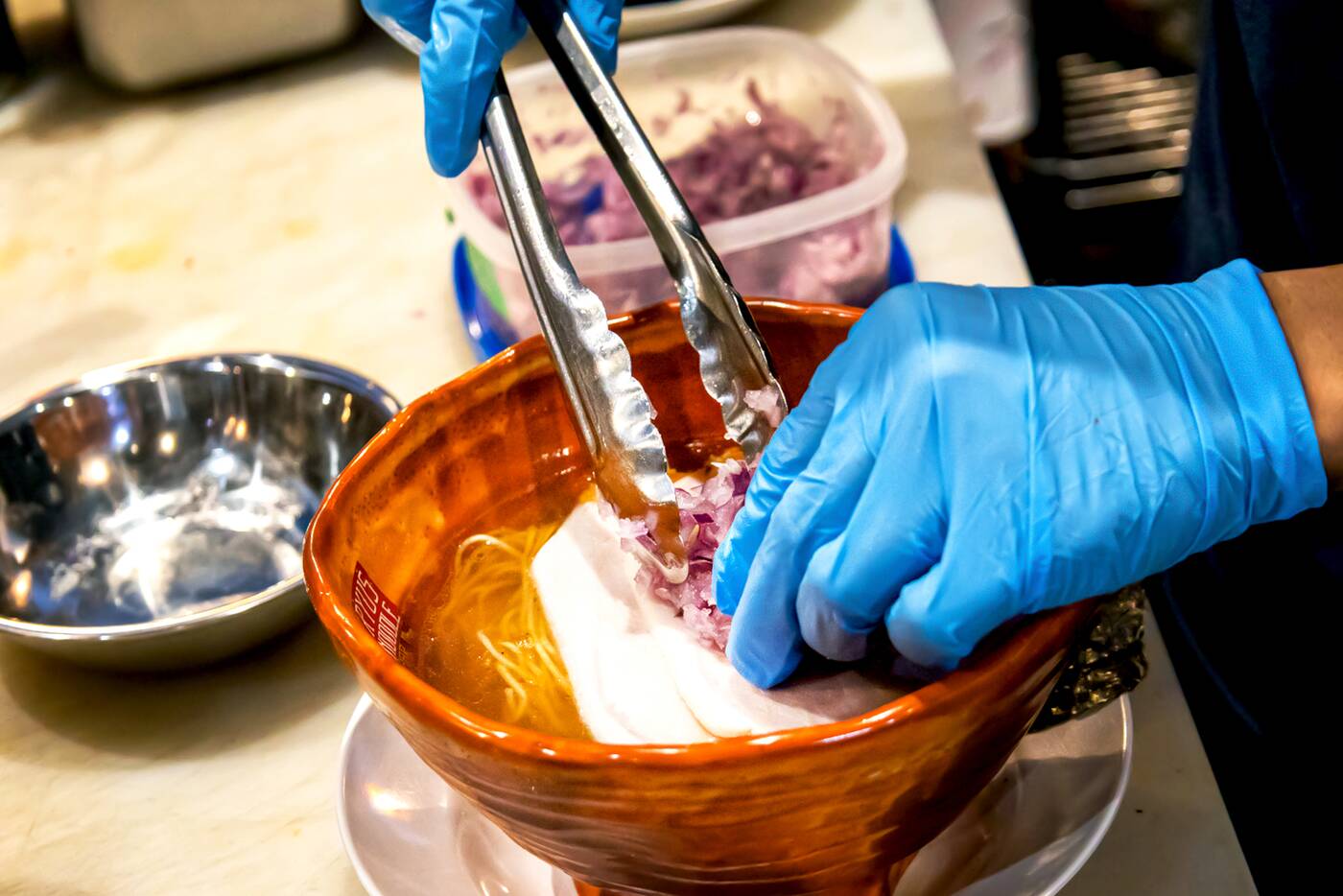 Like most ramen restaurants in the city, you're able to customize your bowl according to the type of broth, the spice level plus the amount of seasoned fat and house-made garlic paste you want added. 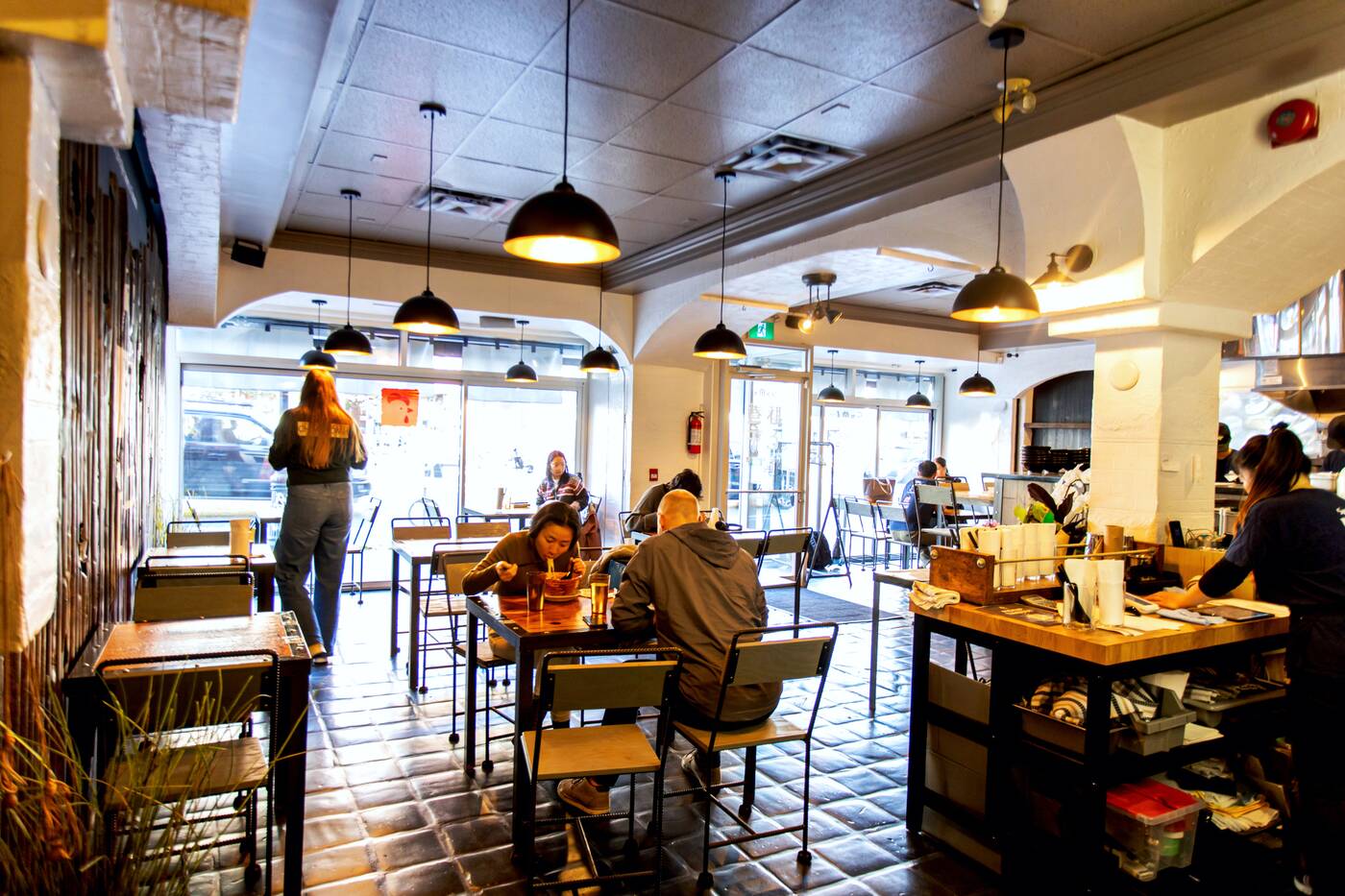 The interior's simple decor takes after a traditional Japanese noodle house. Besides, arched panelling, there are industrial tables and chairs.

To order, you scan the QR code menu at your table and then place an order through your phone, which gets sent to the kitchen. 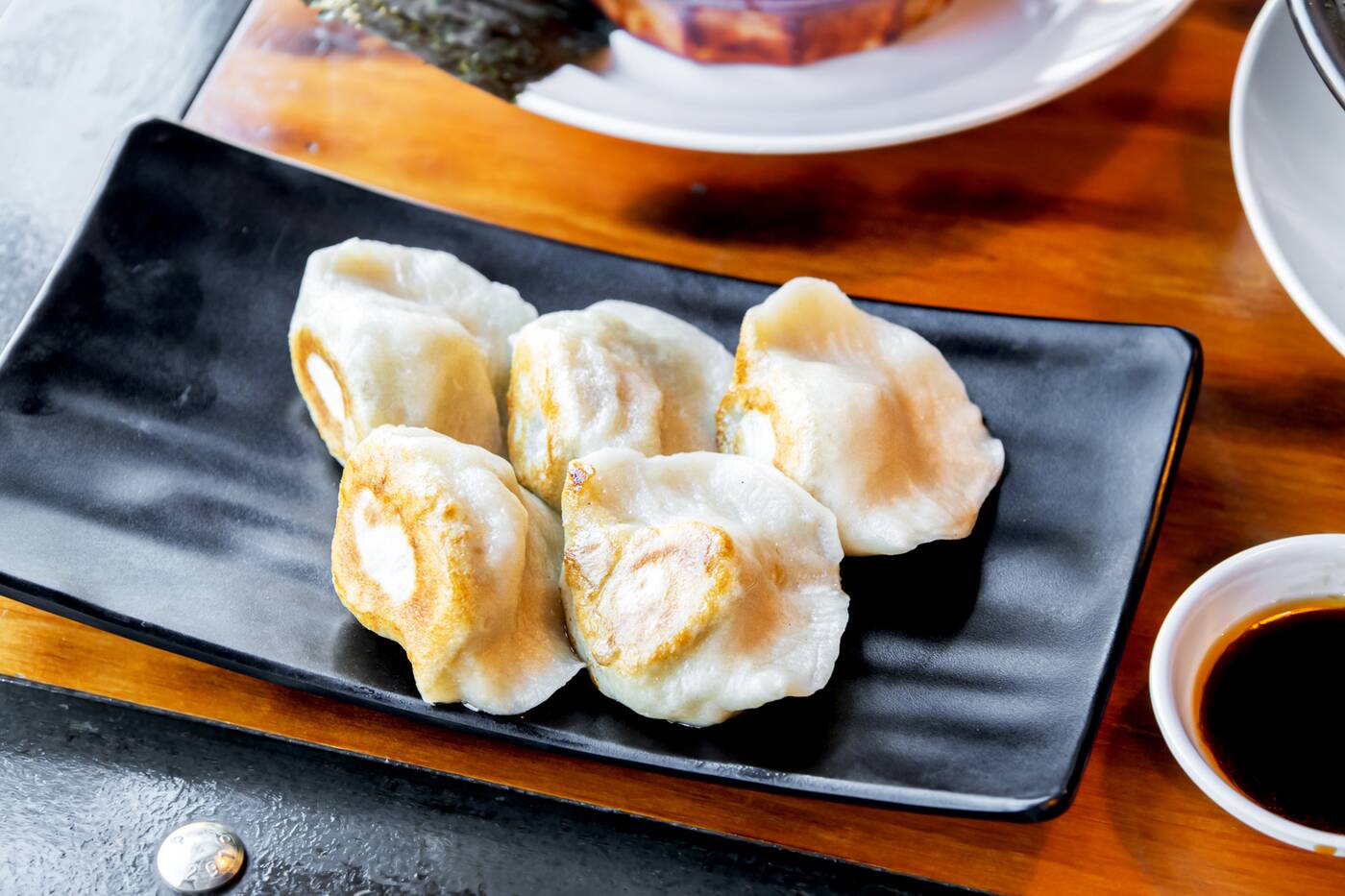 I started with Gyoza ($8.75) which comes in five pieces. You can choose from a pork or vegetable filling. The dumplings are pan-fried and have a juicy interior with a slightly crispy exterior. 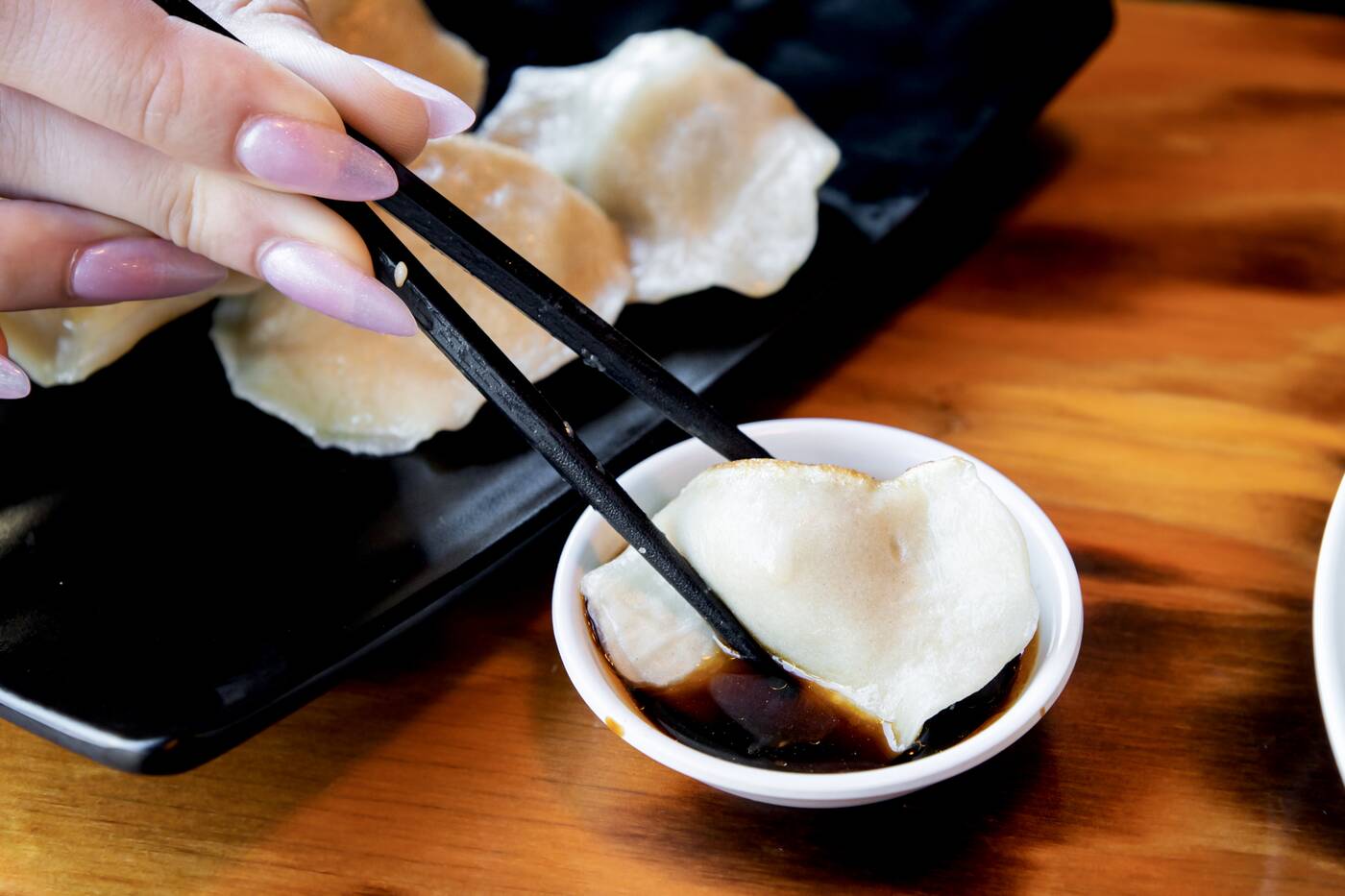 Served with soy sauce, the tender pocket sticker practically melts in my mouth. 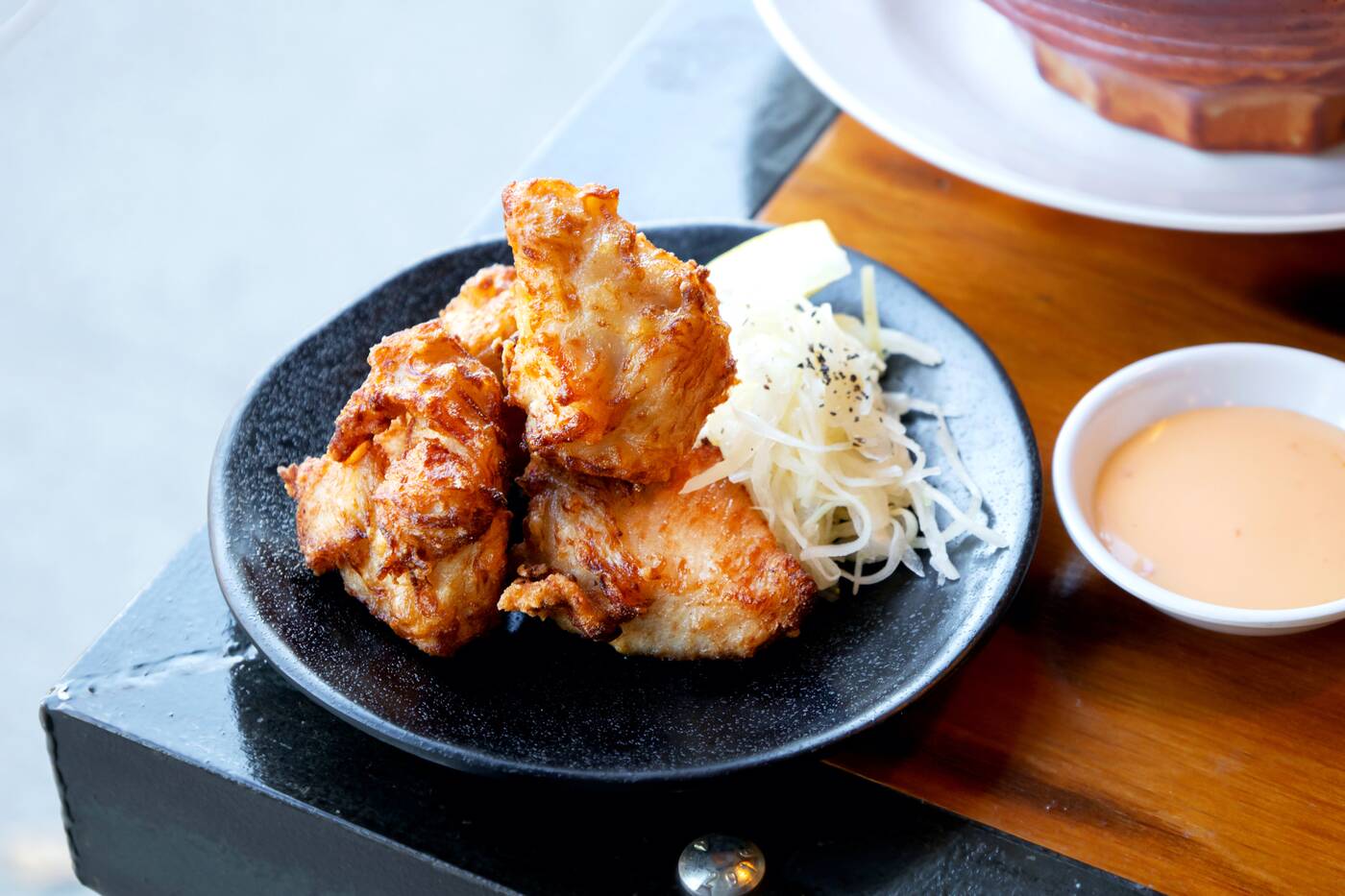 The Chicken Karaage ($8.50) features chunks of boneless chicken breast that are prepared in an umami marinade before they're deep-fried.

Unlike fried chicken I've had from other restaurants, I'm impressed with how each bite starts with a pleasant crunch and before my palate is taken over by the umami flavours. 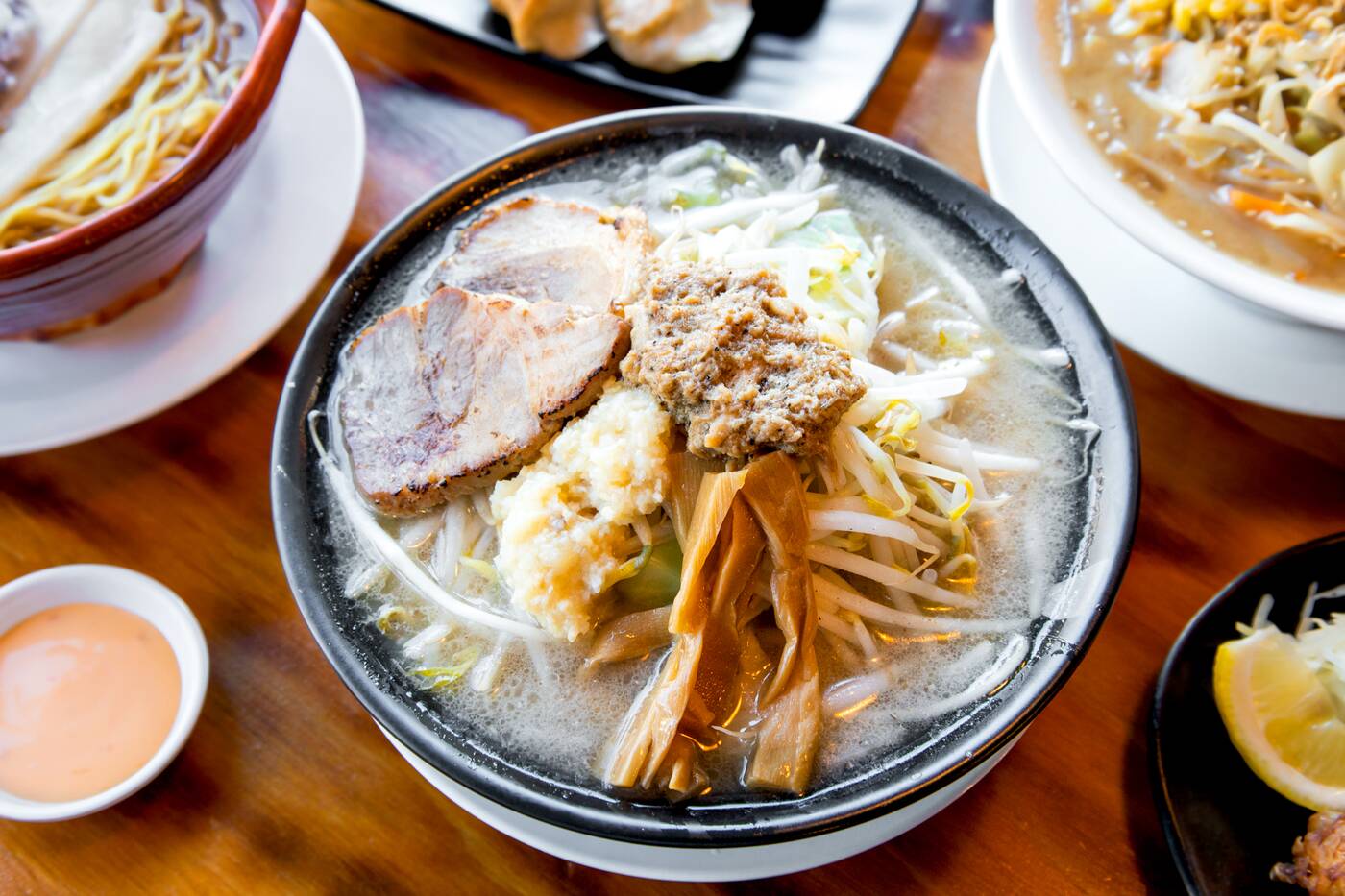 Filled to the brim with noodles and a rich pork bone broth, it's topped with handfuls of bean sprouts, cabbage, garlic paste, back fat and bamboo shots, it's made heartier thanks to the pieces of cha-shu. 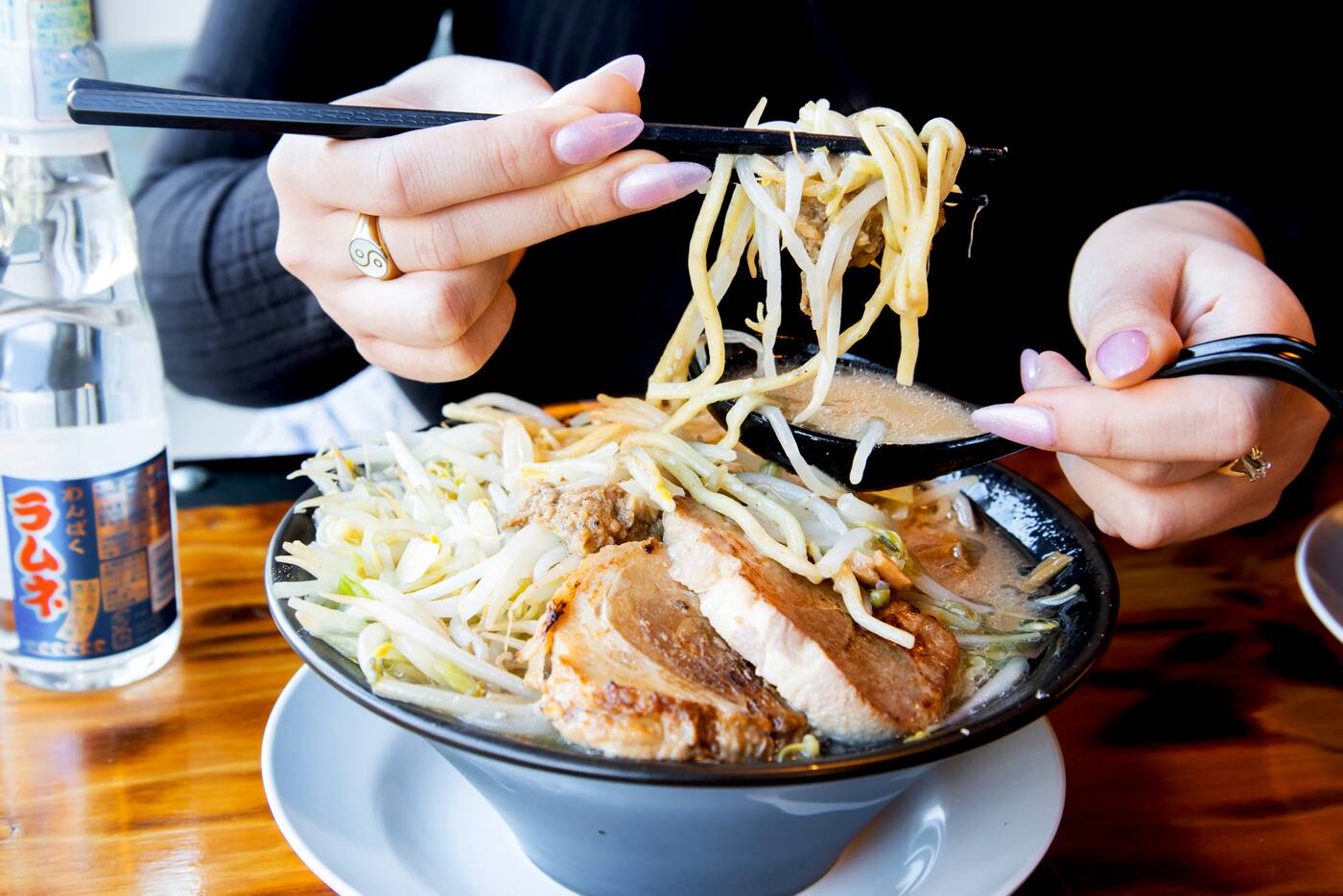 Eating this, I was engulfed by the savoury aroma of the broth.

Of the different ramen orders I tried, this one takes the top spot for being the most filling. It may put you into a food coma after  it. 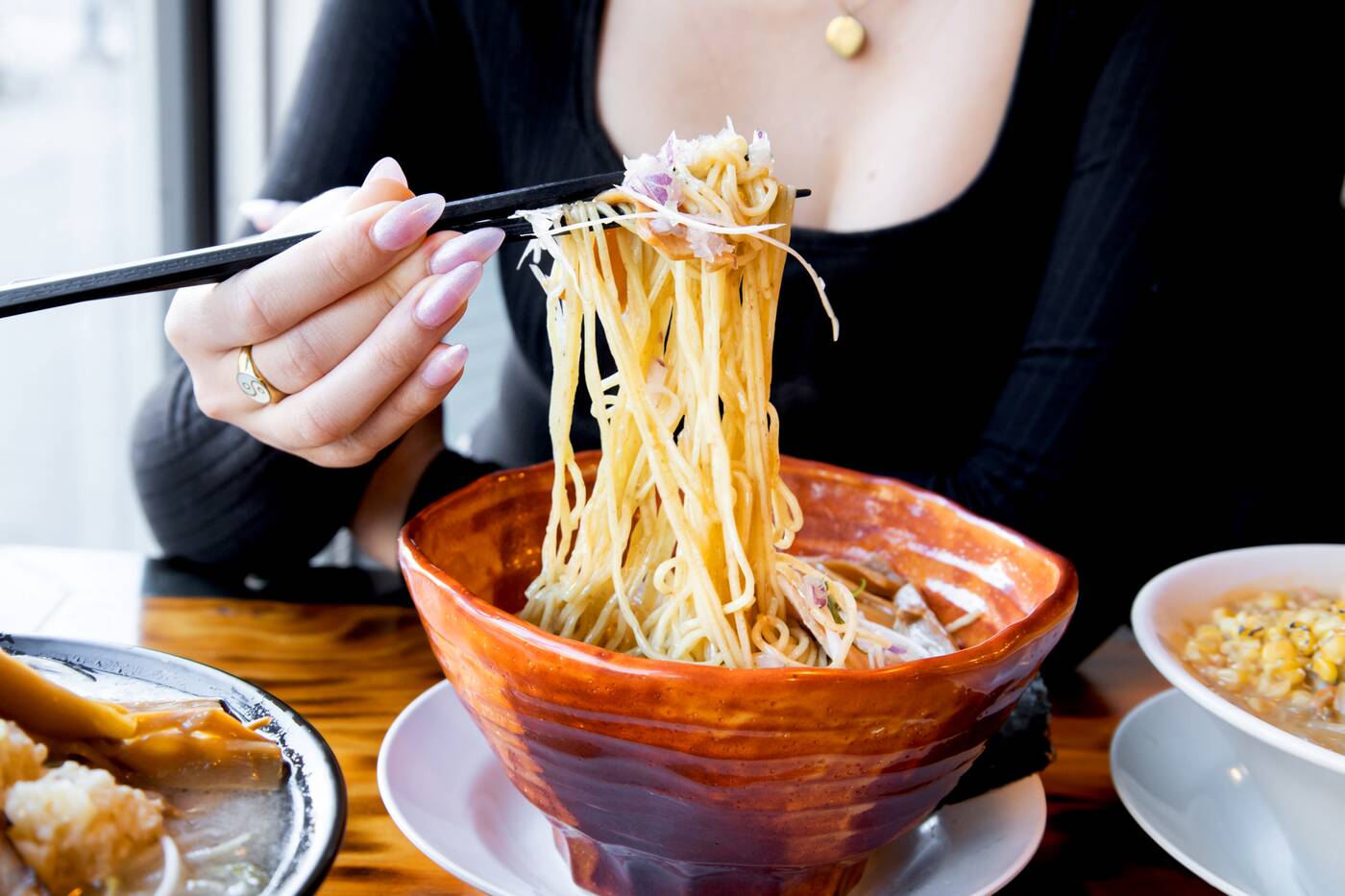 The Shoyu Niboshi ($16.90) has a clean and clear broth when compared to the pork-based Jiro. It's made of dried anchovy, bonito (a fish that's in the same family as mackerel and tuna) plus kelp and seaweed. 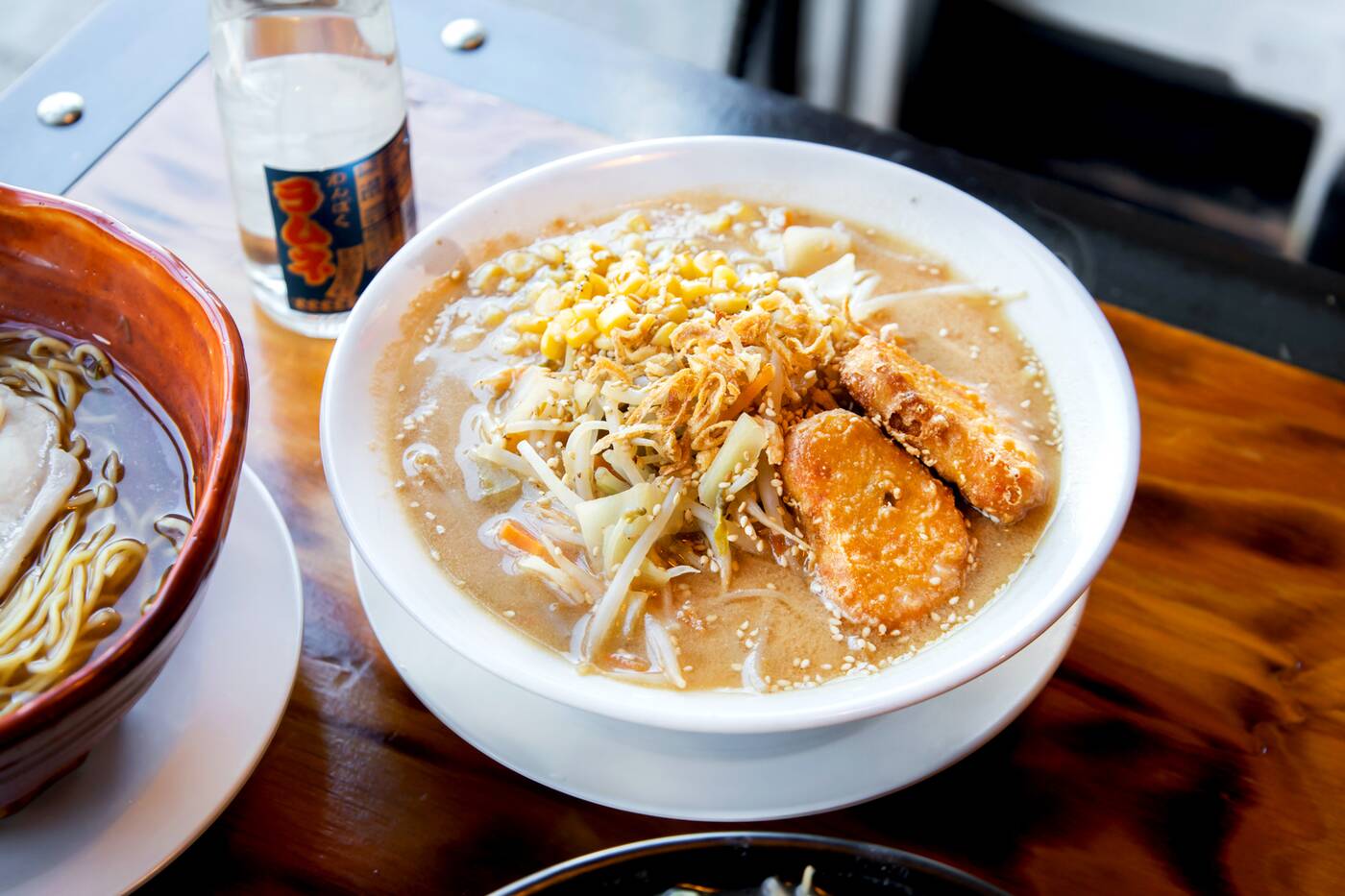 My favourite was the Vegetarian Miso Ramen ($17.20). Noodles are served in a miso broth that's topped with two pieces of fried tofu, cabbage, bean sprouts, corn, fried onions and carrots.

I enjoy each simple but tasty slurp of the salty and bright miso broth. 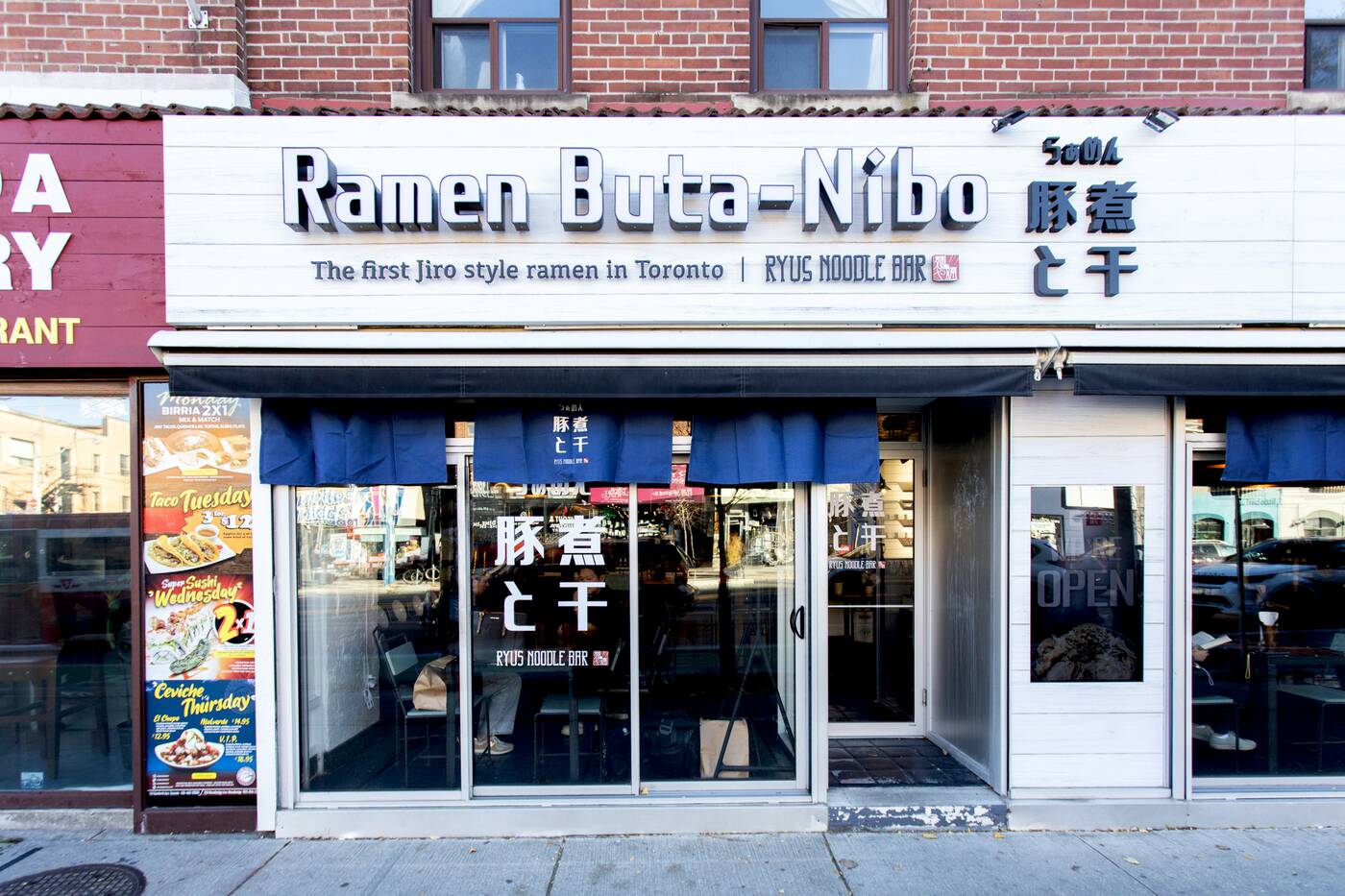