The 5 most breathtaking new buildings unveiled for Toronto in 2022

The high-flying Toronto real estate market experienced its fair share of turbulence in 2022, but you'd hardly be able to guess based on the never-ending procession of daring development proposals landing on the desks of city planners this past year.

The featureless glass box is still the dominant style of new development in Toronto, but some dazzling visions were proposed in 2022 that have the potential to become iconic landmarks for the city in the years to come.

Though, for now, they exist only as flashy renderings.

Here are just five of the boldest development proposals tabled in the last year.

The future of this waterfront site hung in the balance following the untimely shelving of Sidewalk Labs' controversial neighbourhood of the future, but a new vision emerged for the planned Quayside community in early 2022.

In place of the nixed "smart city" plan from Google parent company Alphabet, Waterfront Toronto announced a new team selected to redevelop the 12-acre (4.9-hectare) site, with a new neighbourhood that will bring over 800 affordable housing units.

It features a standout design from a team of acclaimed architects, including U.K.-based firms Adjaye Associates and Alison Brooks, along with Danish firm Henning Larsen. 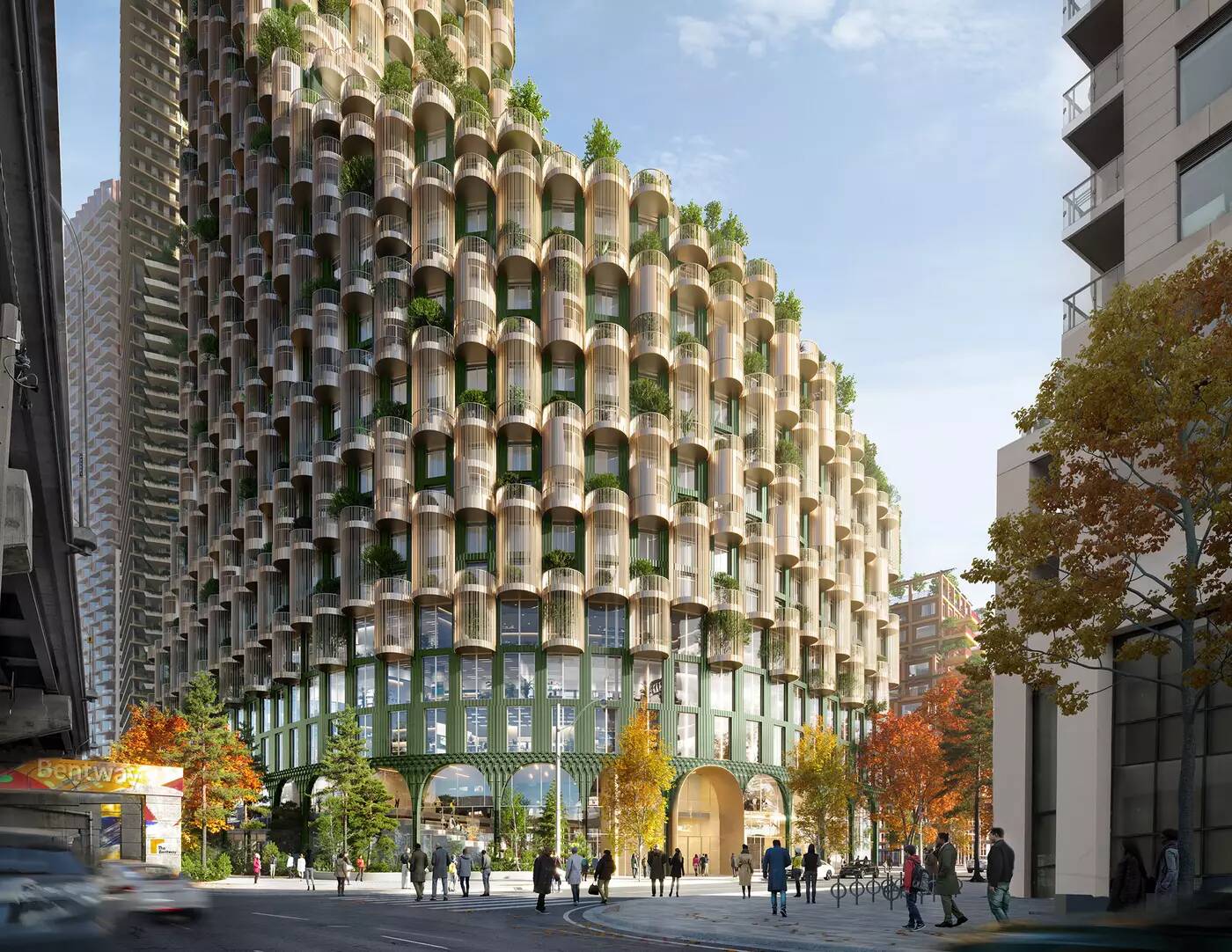 A transformative proposal was submitted this past October, seeking to replace several existing low-rise commercial and mixed-use buildings at the northeast corner of Yonge and Isabella with a soaring 76-storey condominium and commercial tower. 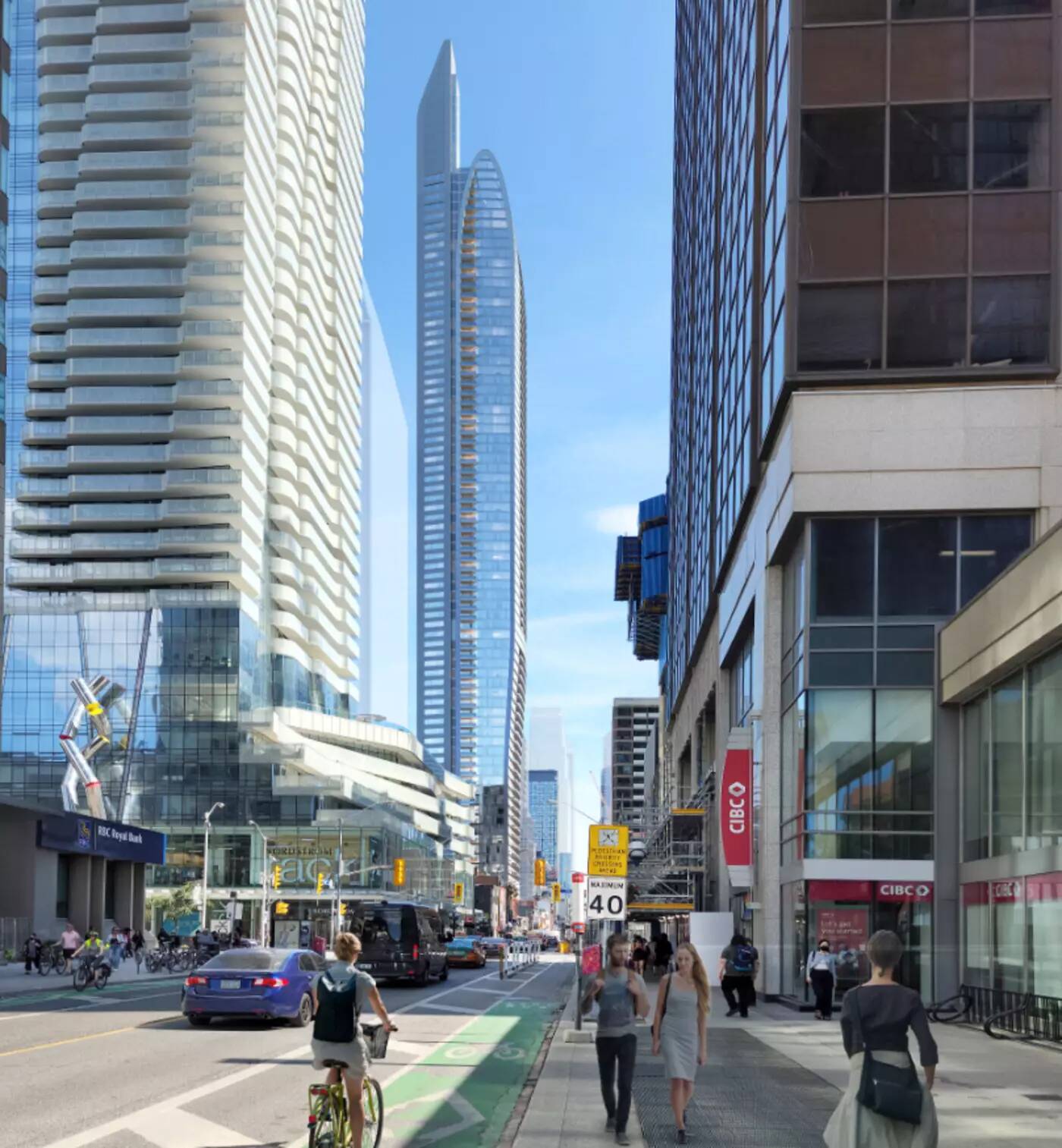 Fora Developments burst onto the local real estate scene this year with a striking debut proposal calling for the redevelopment of 15 and 17 Elm Street, just west of Yonge Street. 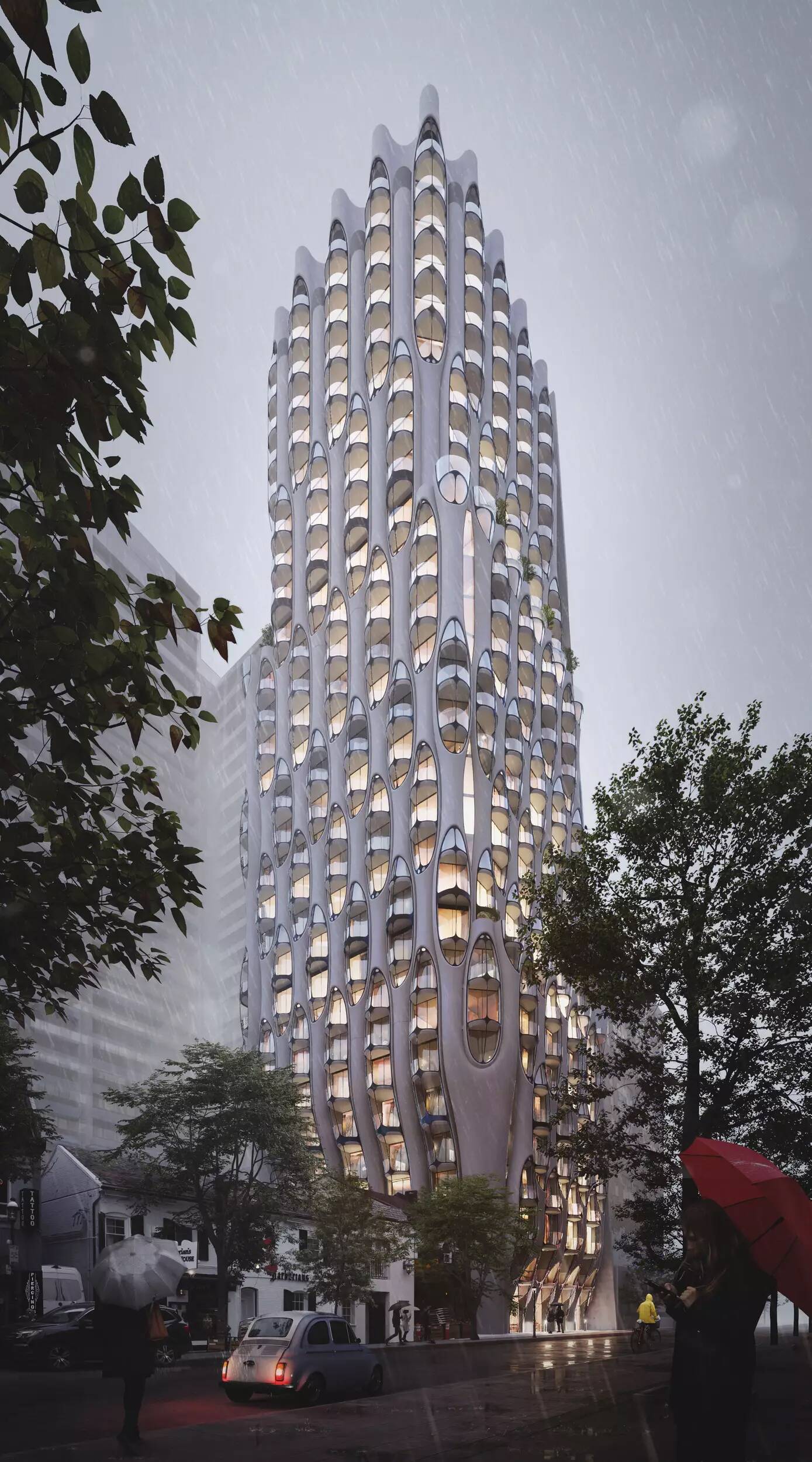 Though it was technically proposed on New Year's Eve 2021, the dazzling renderings of this pencil-thin condo tower at 22-32 Scollard Street and 21-25 Davenport Road would not surface for another few weeks.

Despite a towering height of 61 storeys/almost 231 metres, the proposal from developer Constantine Scollard Inc. would feature an exclusive collection of just 79 condominium units, housed within a sleek geometric-patterned exterior from New York-based architecture firm CAL. 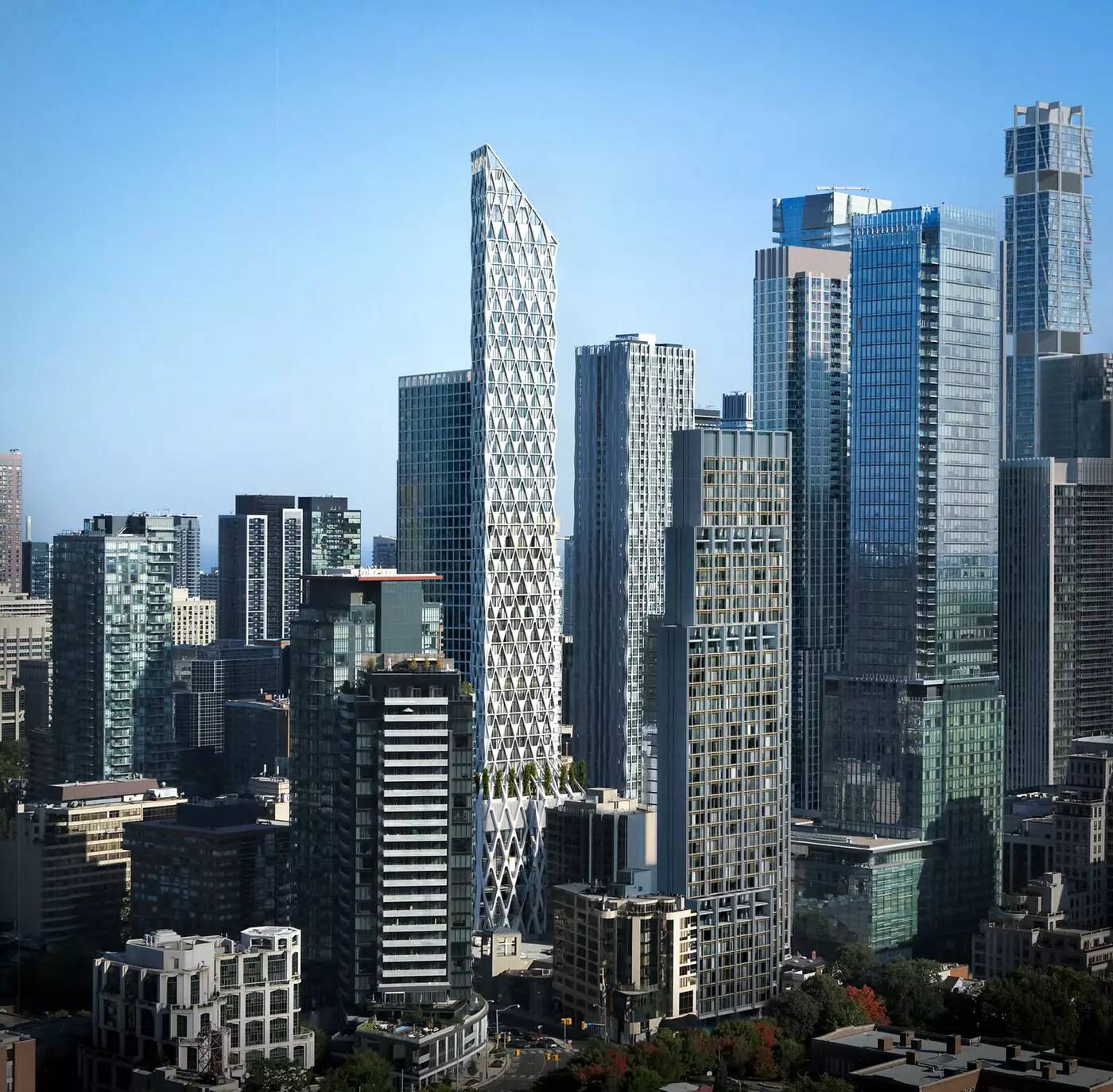 Projects on the east waterfront bookend this list, and offer a mere glimpse of the sweeping changes coming to the blocks of Queens Quay and Lake Shore Boulevard East.

One of the biggest proposals tabled for this stretch of the waterfront this year was submitted to city planners on May 4 on behalf of developer Plaza Partners, calling for a 49-storey residential tower at 307 Lake Shore Boulevard East with a design from architects BDP Quadrangle with alternating rows of projecting triangular balconies and vibrant bronze-hued undersides. 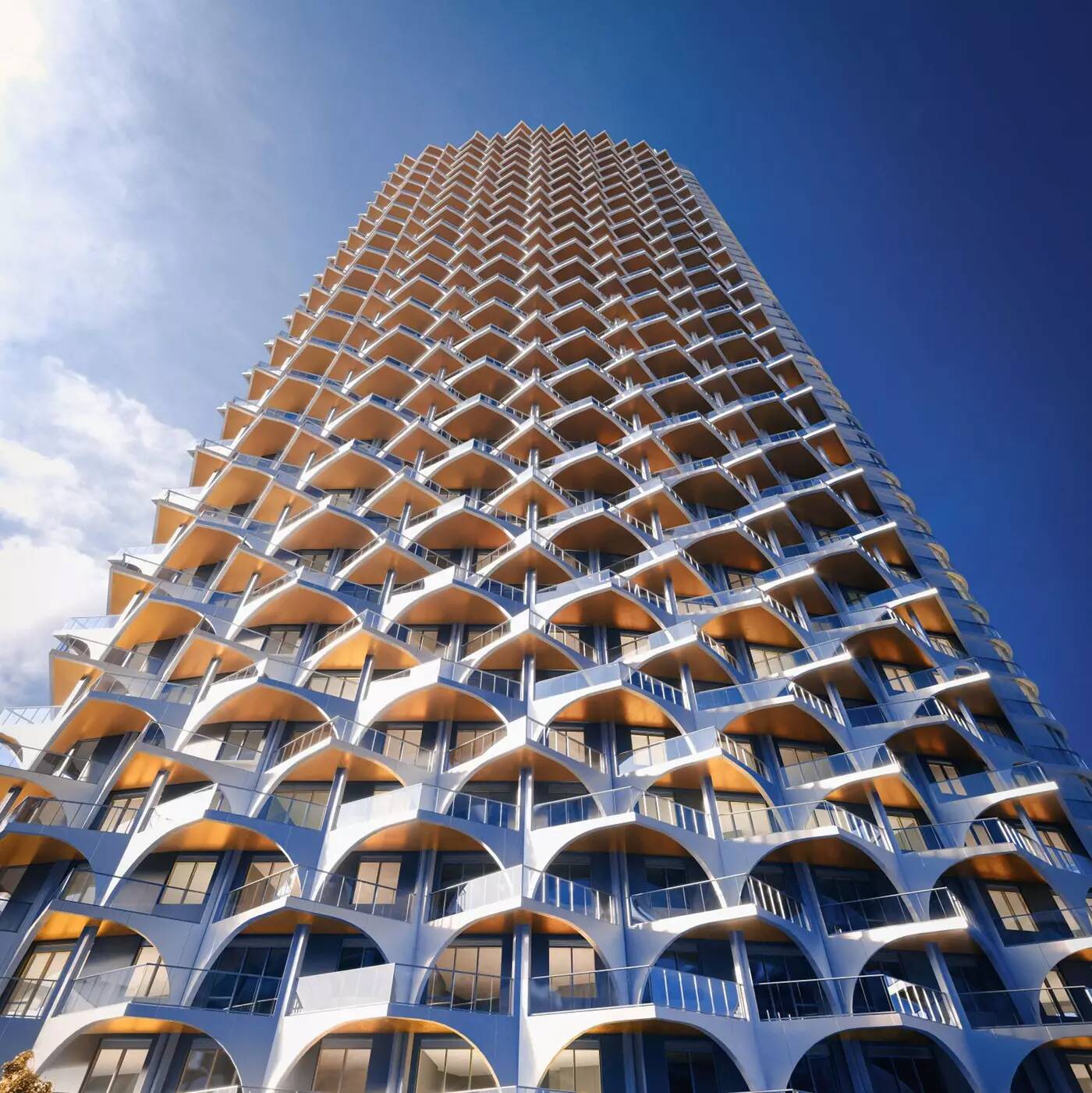 There were several more eye-popping proposals in 2022, and you can browse the many coming additions to the city by scanning through blogTO's real estate news.

The coming year is likely to offer a new crop of heavyweights as Toronto's vertical growth spurt weathers the storm of skyrocketing interest rates and plummeting home prices.