Toronto's Bloor-Yorkville skyline has grown to become one the tallest points in the city, and it looks like another ambitious condo development could soon pierce the skies of this increasingly-vertical neighbourhood.

A new planning application has been tabled for 22-32 Scollard Street and 21-25 Davenport Road. And oh, boy, is it something else.

The city sees its fair share of tall, glittering condo proposals, but the proposed 61-storey tower from developer Constantine Scollard Inc. is clearly more daring than the norm, rising almost 231 metres in height with a pencil-thin design from New York-based firm CAL that breaks the typical glass box conventions of Toronto condos. 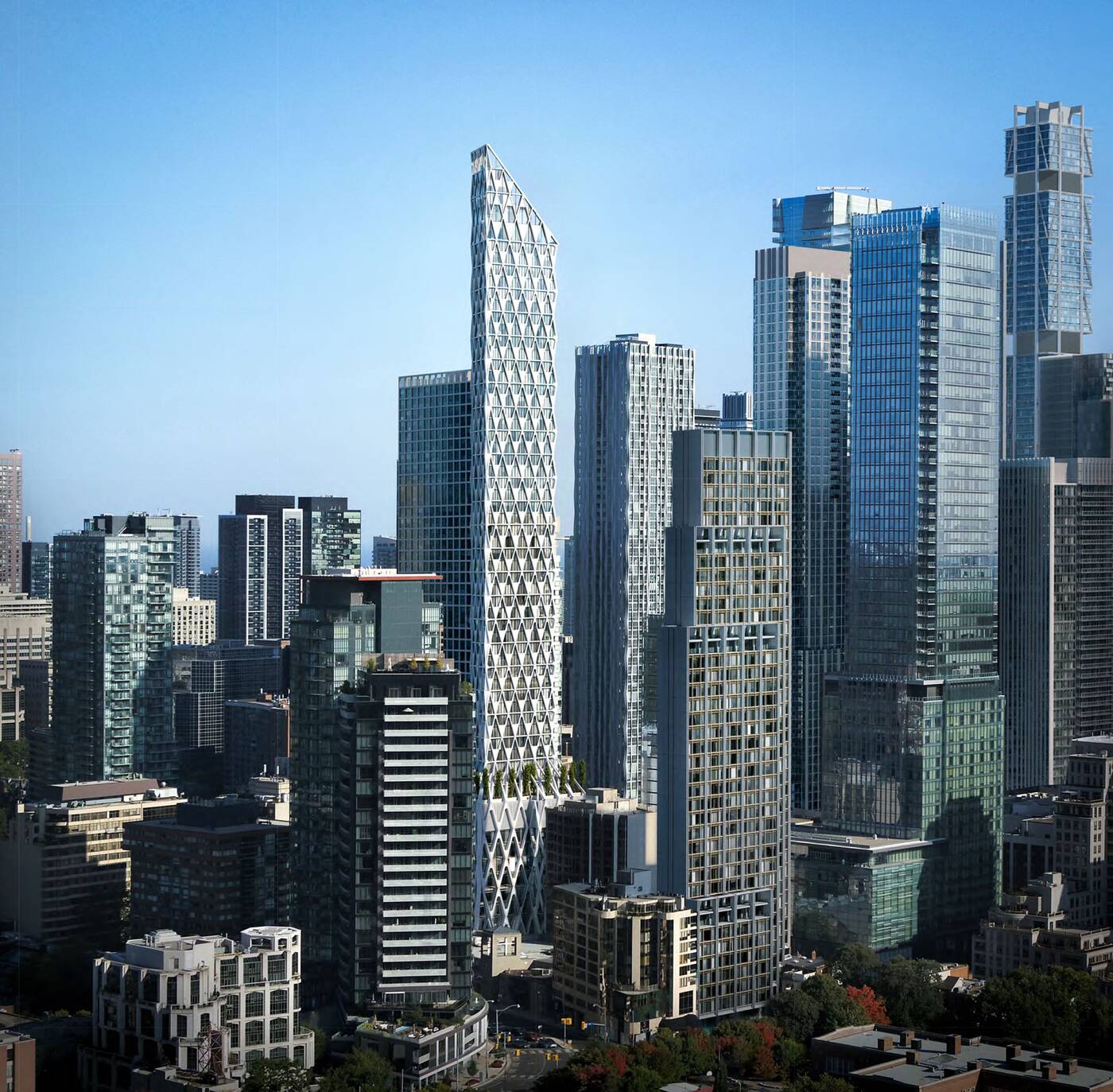 The tower would bring a knife-edge point to the Bloor-Yorkville skyline. Rendering by CAL.

The building is broken down into a 50-storey residential tower atop an 11-storey podium, blended together with a "diagrid" style exterior that extends into the public realm at street level. An art installation shown at the tower base would add a surreal touch to an open space at the west edge of the building.

The podium includes square metres of retail and office space housed in the lower levels, and recreational space on levels eight and nine housing a gym, a pool and paddle courts. The upper two levels of the podium are to house mechanical equipment obscured in greenery, with the residential component concentrated in the tower above. 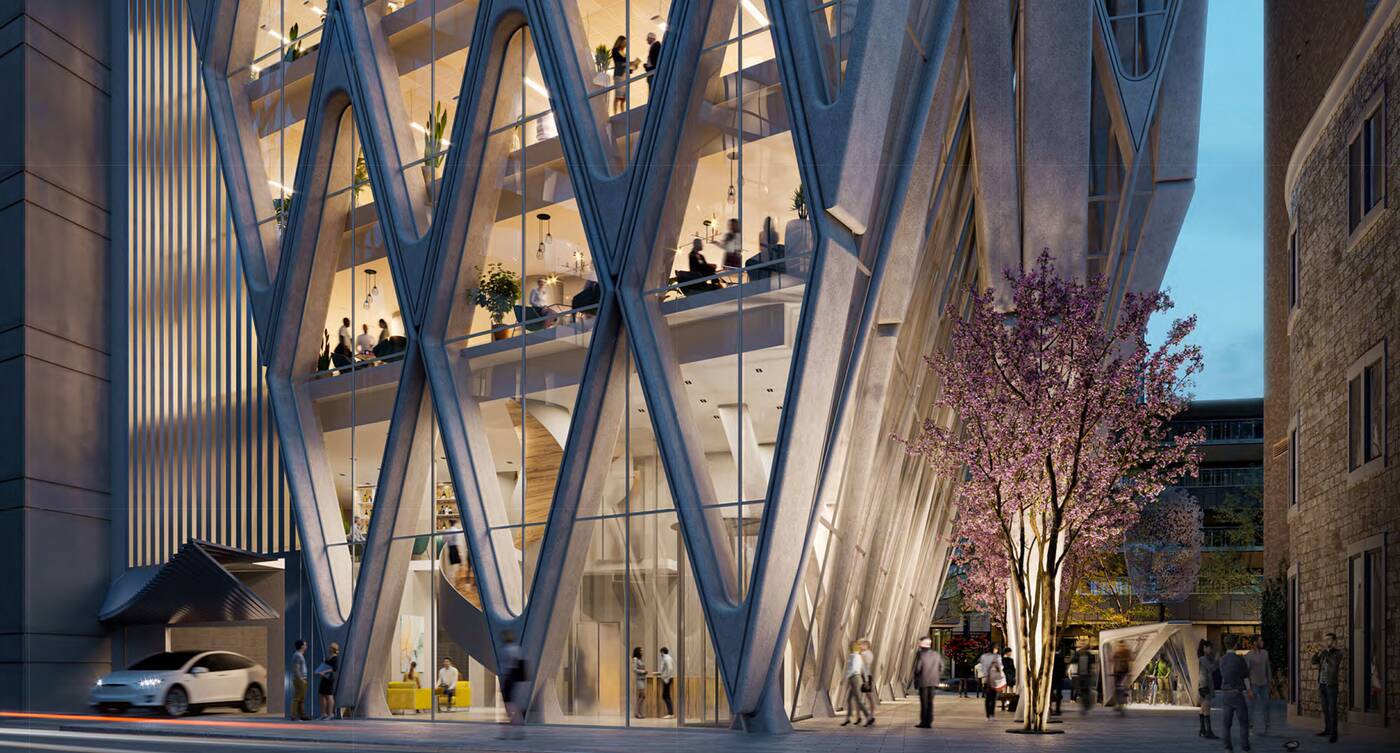 The tower's diagrid exterior would extend down to form a sheltered colonnade at street level. Rendering by CAL.

This limited collection includes just 79 ultra-luxe condo units, planned in a mix of 37 one-bedrooms, 24 two-bedrooms, and 18 three-bedroom units, for what would be one of the city's most exclusive high-rise addresses. 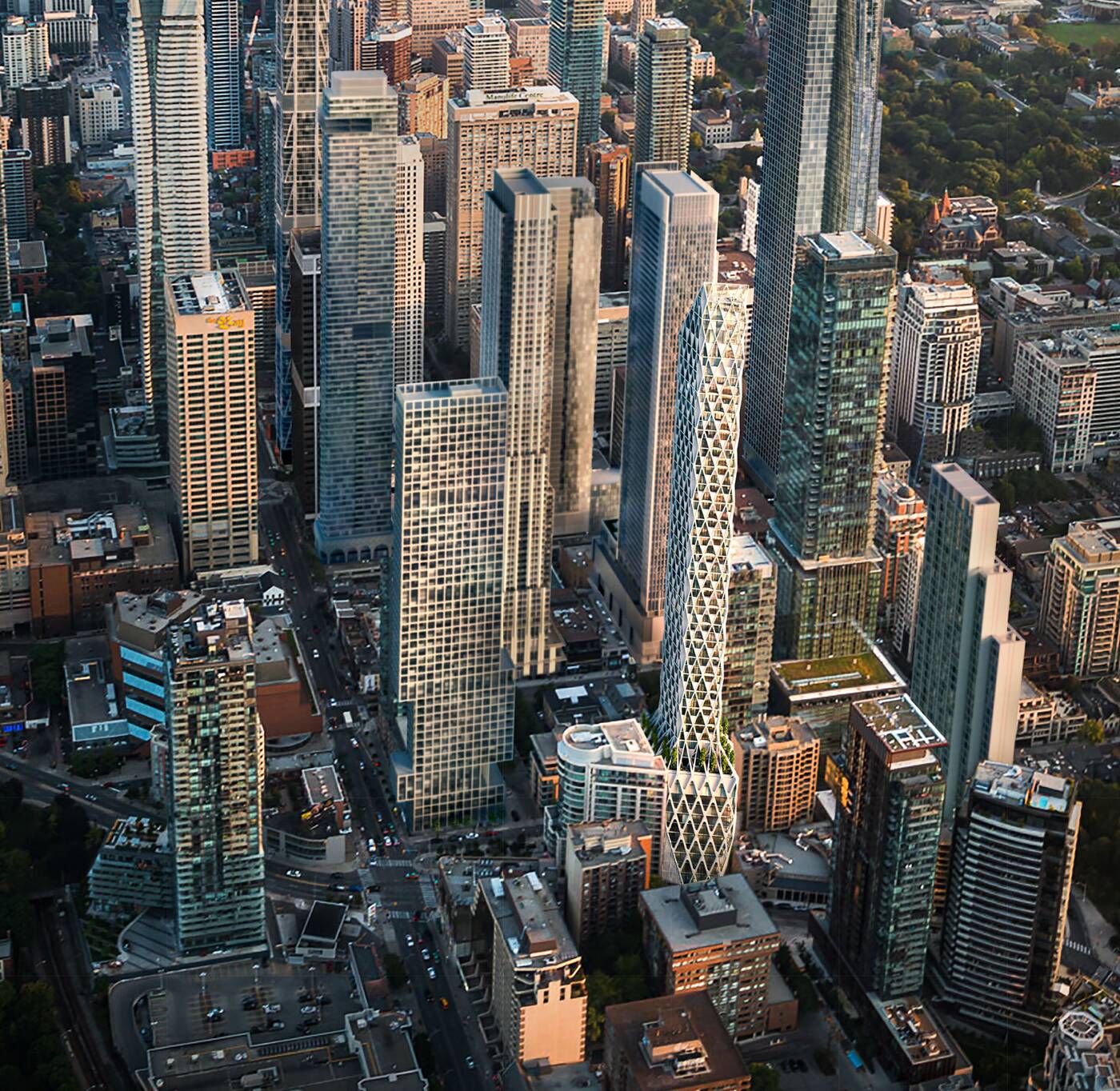 Building on an extremely tight site, the plan would pack in 100 spaces using an automated vehicle parking system, shuttling cars down via elevators to two levels of underground parking. There are also 113 bike parking spaces proposed, which would get their own fancy automated underground sorting system.

The site's Davenport frontage is currently home to Bhoj Indian Cuisine, though the restaurant has not yet responded to a request for immediate comment by blogTO.