Toronto's waterfront could be getting a breathtaking new skyscraper

An eye-catching tower is among the latest in a string of recent high-rise proposals in Toronto, and this one could prove to be a new jewel for the city's waterfront if approved.

In an application submitted to city planners on May 4, developer Plaza Partners is seeking approval for a 49-storey residential tower at 307 Lake Shore Boulevard East, and renderings of the BDP Quadrangle-designed development are promising to say the least.

The site in question is home to the former local headquarters and community hub of Google-affiliated tech company Sidewalk Labs for its ill-fated neighbourhood of the future.

After the death of the controversial Quayside community, the old Sidewalk Labs HQ became a Budget Rent a Car location, but the site's future is once again looking bright.

Big new app from @pureplaza & @BDPQuadrangle at 307 Lake Shore Boulevard East: 49 storeys on the site which was until recently occupied by @SidewalkToronto. 430 residential units, 700sm of community space & 1500sm indoor amenity space over 4 floors at the top of the building. pic.twitter.com/uMojbxN9H7

Details are still scant, as most of the documents supporting the application are inaccessible at the time of writing, but what is known is that the existing low-rise auto-oriented commercial/office and surface parking uses would be cleared to make way for the new tower.

A total of 430 residential units are proposed, though their tenure will not be able to be confirmed until the aforementioned documents are available at the earliest. 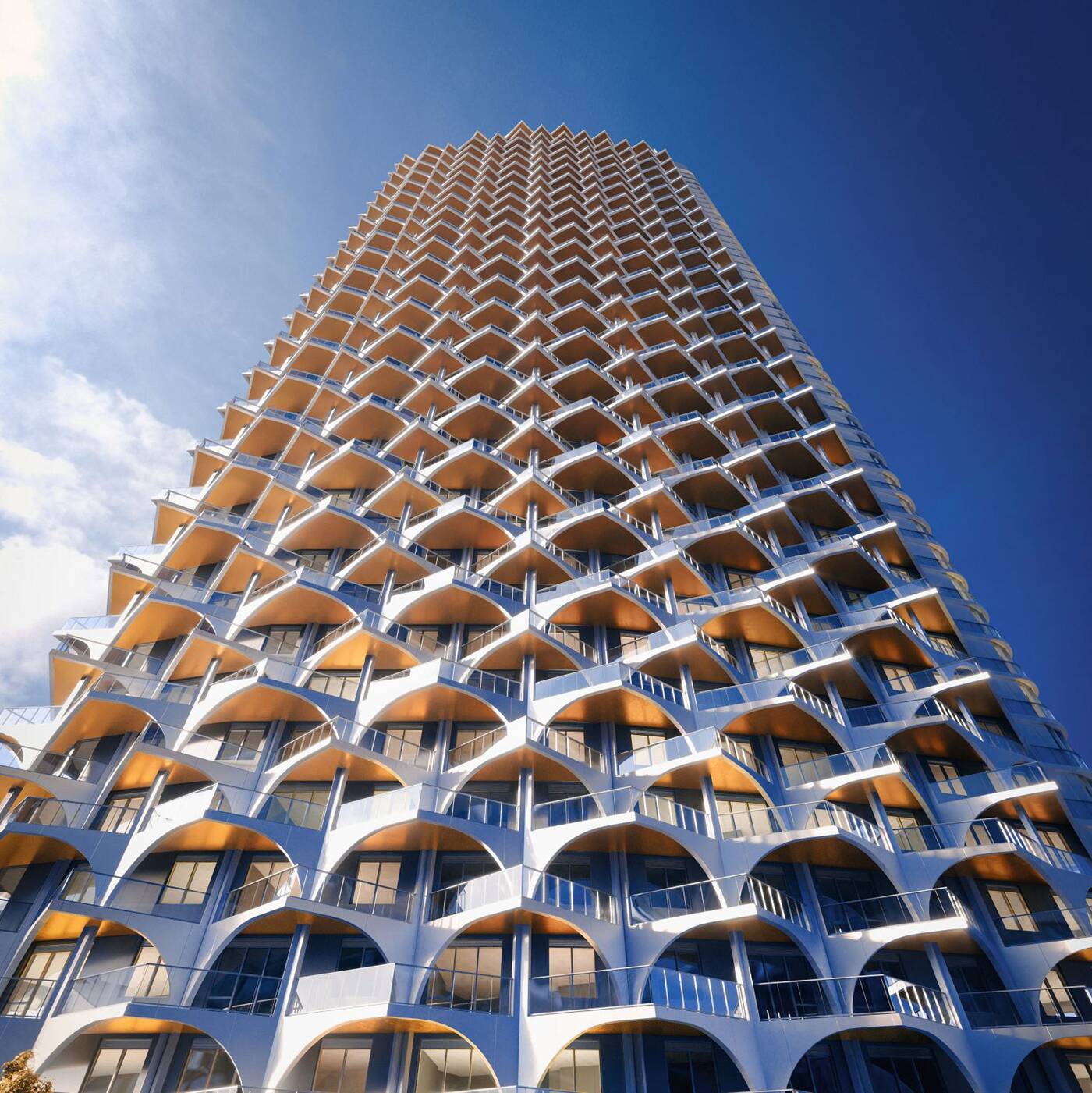 The brief description of the application currently available reveals that approximately 700 square metres of community space is also in the works for the building.

The tower's bold design is just one of many planned for this stretch of the waterfront, and a recently-revived plan for the Quayside neighbourhood, albeit a lower-tech vision, is promising to fill out the area with similarly striking designs in the coming years.