The tree-lined side streets of Toronto's Rosedale neighbourhood are some of the most exclusive in the city, but it's a very different story along the major arteries that surround the affluent enclave, where vertical growth is intensifying at breakneck speeds.

Add one more condo development to the future of Rosedale, as a new 19-storey tower has just been proposed at 1091 Yonge Street, midway between Rosedale and Summerhill TTC stations at the southeast corner of Price.

The application from Zinc Developments would replace an existing single-storey retail building (complete with its bizarre tower and gargoyles) currently home to a Sleep Country and Running Room location, as well as a three-storey building to the east along Price Street. 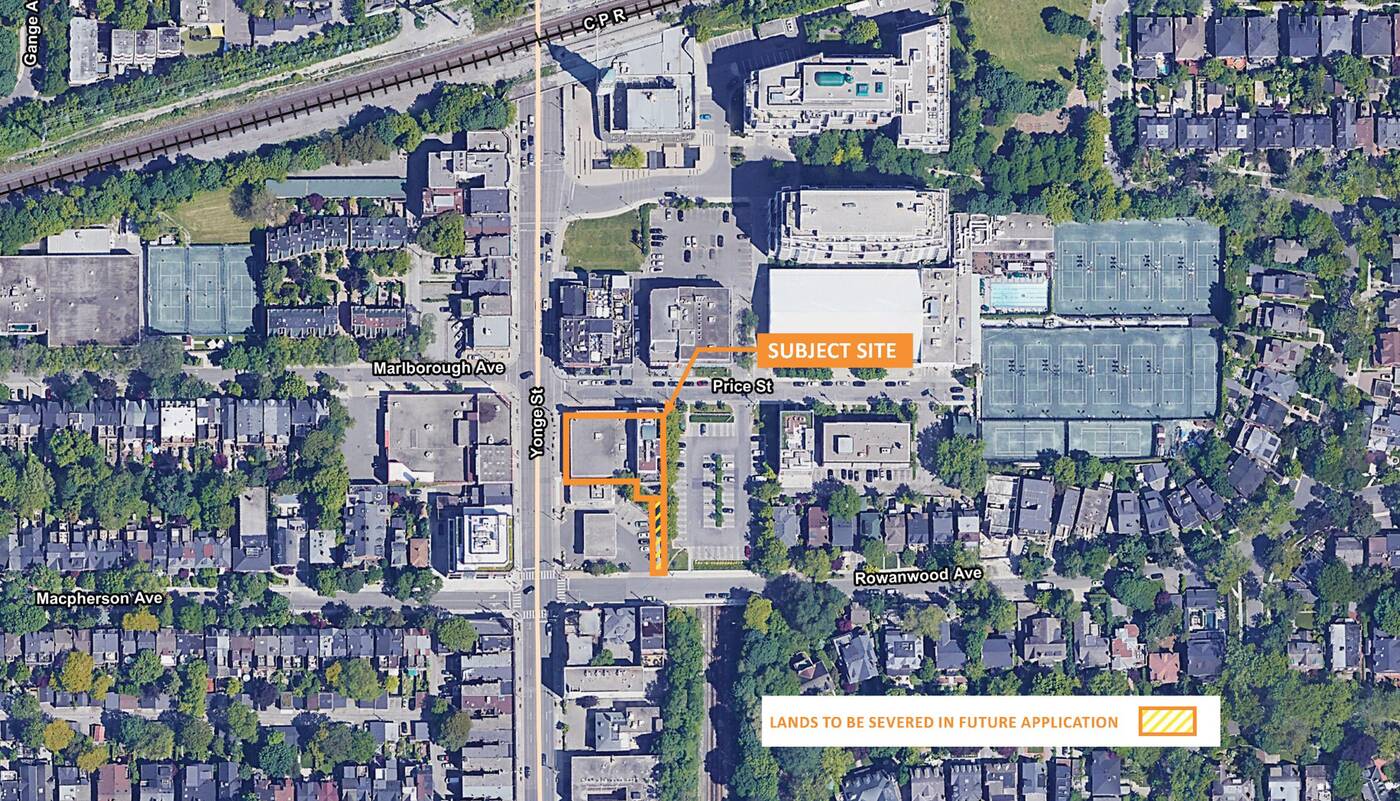 Diagram showing the location of the site at Yonge and Price. Image via submission to City of Toronto.

In place of the existing buildings, Zinc is seeking rezoning to permit a 19-storey mixed-use tower containing condos, retail, and commercial space, packaged in a minimalist exterior designed by architects—Alliance. 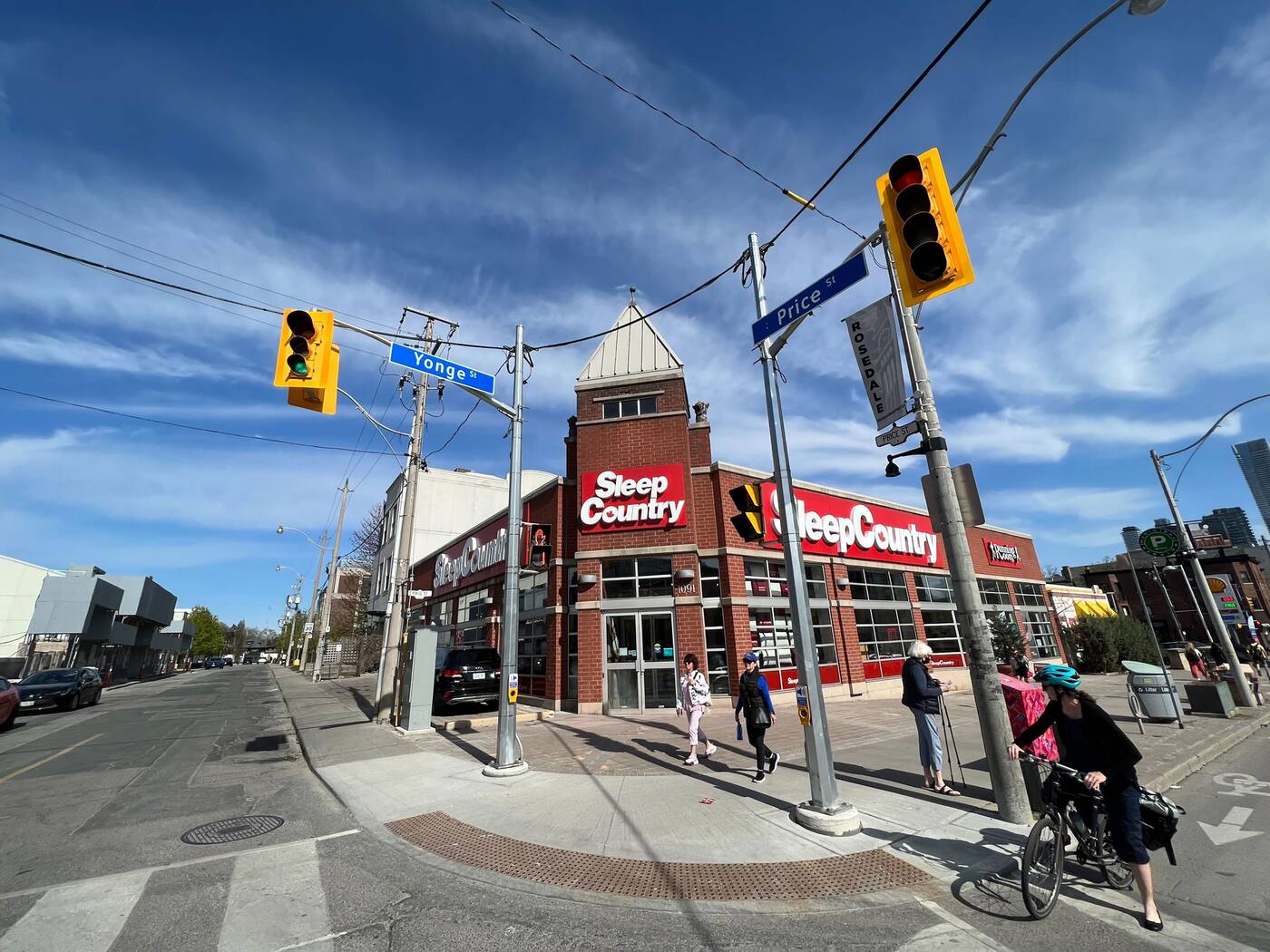 Looking southeast to the existing buildings on site. Photo by Kris Pangilinan.

Most of the proposed 11,758 square metres of floor space is planned to be dedicated to residential units, at 86 per cent of the total area, while the remaining 14 per cent planned as 1,569 square metres of retail and commercial space.

The retail and commercial components would span from the P1 level to the second floor, creating a new, much larger retail frontage along Yonge in place of the current single-storey retail building. 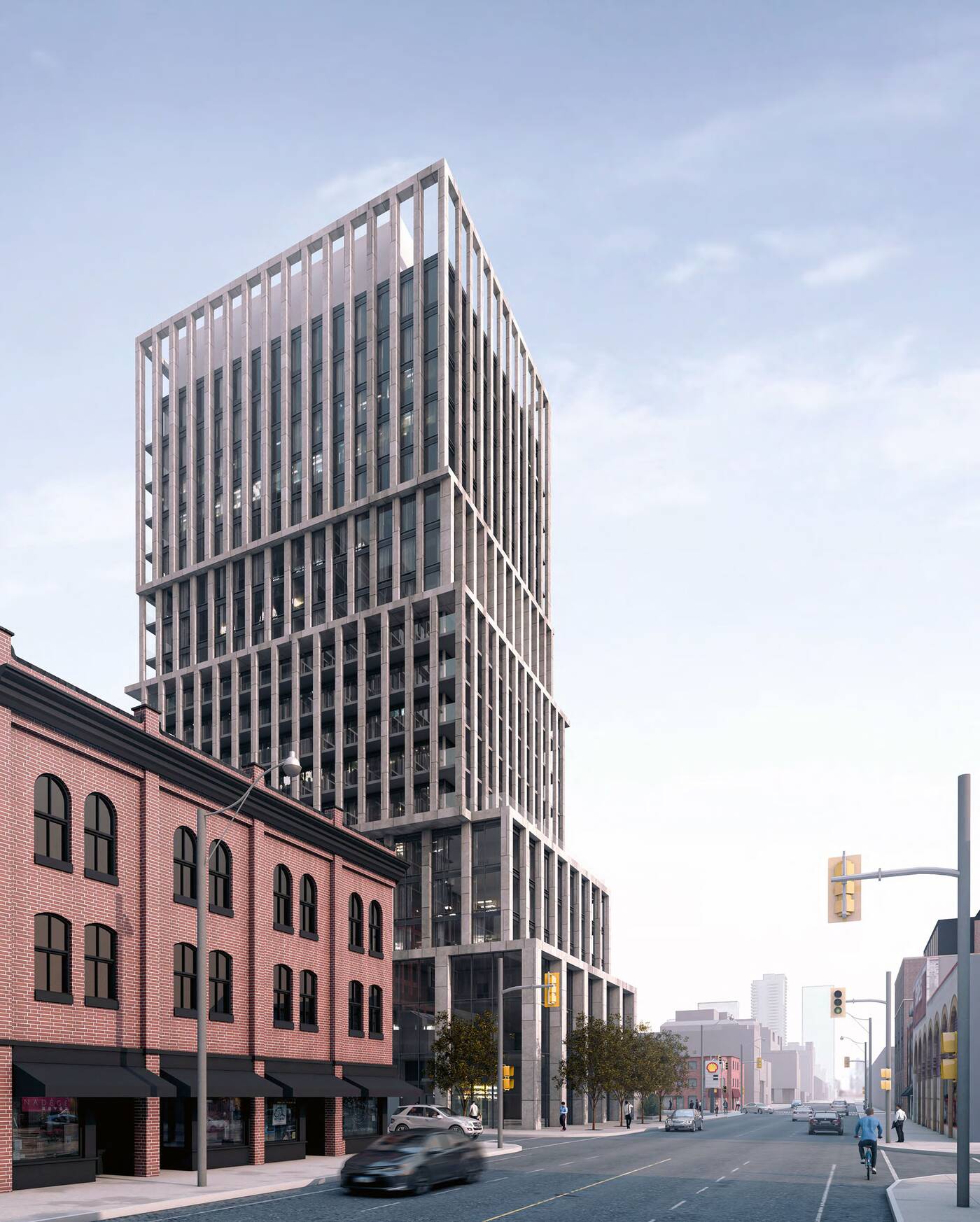 Looking south along Yonge Street to 1091 Yonge. Rendering by architects—Alliance.

Above, levels three through 19 would house a total of 143 condominium units in a mix of six studios, 89 one-bedrooms, 32 two-bedrooms, and 16 three-bedroom suites.

If the combination of the developer, architect, and most importantly, location is any indication, it's a pretty safe bet that these units will sell for well above the average condo price in the city.

The vast majority of the units are planned with one or no bedrooms and two subway stations are located within easy walking distance, but the proposal still calls for 130 parking spaces, allocating 127 to residents and three to visitors. That's an almost 1:1 parking to unit ratio on a site that is spitting distance to the subway.

It also includes 143 bicycle parking spaces for residents wanting to make use of the ample cycling infrastructure that includes protected bike paths along this stretch of Yonge.