Though the latest stats from April show the beginnings of what might be a downturn in the GTA real estate market at large, it seems that one housing type is still in huge demand, at least when looking at the first quarter of this year so far.

While many stakeholders predict a cooling of prices and activity in Toronto's ever-more-fervent market sometime this year, the numbers from the experts at Urbanation show that condos, particularly new units, have been selling very well this quarter across the region.

The first three months of 2022 marked the hottest Q1 on record, according to the firm's latest report, with 8,253 units sold — a big jump of 55 per cent since Q1 of last year. 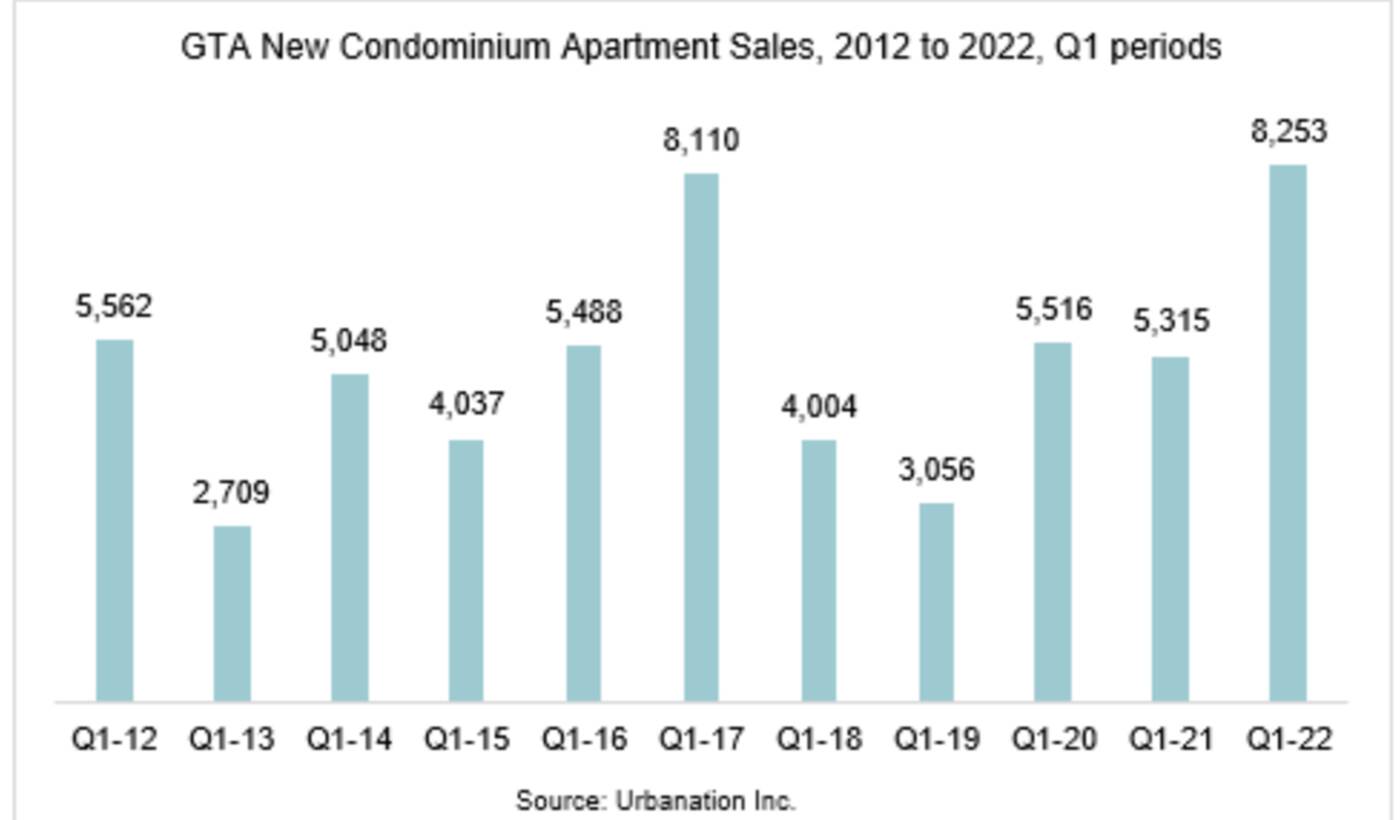 Chart of the number of new condo sales in the GTA over the first quarters of the past decade, from Urbanation's new Condominium Market Survey.

This is interestingly contradictory to the numbers that the Toronto Regional Real Estate Board reported for April specifically, during which the number of transactions for not just condos but all home types in the GTA plummeted 27 per cent from March 2022 and a massive 41.2 per cent from April of last year.

But, as anyone in Toronto can attest to, new condo buildings have been going up like wildfire in recent years, which would also explain another staggering stat from the Urbanation report: the fact that last quarter's numbers exceed the 10-year average of new condo sales per quarter by 60 per cent.

With the housing type being the only reasonable entry for many into the city's ultra-pricey market — that is, for many among the few who are able to get into home ownership at all — it makes sense that residents are vying to get their hands on condos in particular, especially when they are potentially cheaper pre-build.

They are also extremely appealing to investors both foreign and homegrown, who tend to hog multiple homes and sit on them to sell for profit later, or rent it out short- or long-term

This may be why a record high 94 per cent of all the new units in development in Q1 of this year were sold, making available stock hit an 18-year-low.

"New condominium demand has been far outweighing supply during the past two quarters, as total sales far exceeded the total number of units launched for presale," Urbanation notes.

"Despite the strength in pre-sale demand, the level of construction activity underway in the GTA also declined for the first time in two years." 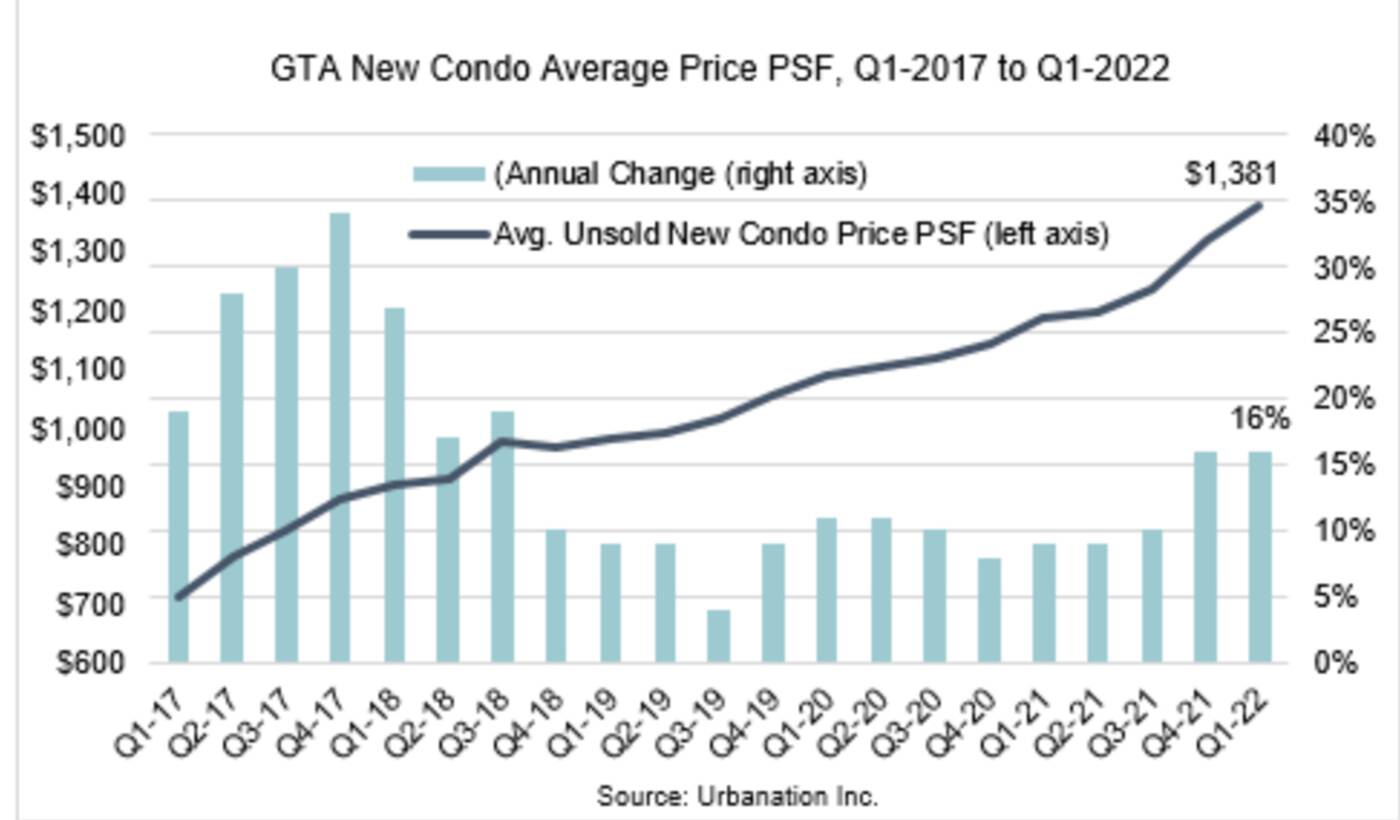 The average price per square foot for a new condo in the GTA over time, from Urbanation's new Condominium Market Survey.

Interestingly enough, downtown Toronto had the slowest price appreciation in the GTA for new condos — so unlike us! — at 14 per cent over the last year, compared to 23 per cent in Etobicoke, North York, Scarborough, and the 905.

The price for the average resale condo across the region has also now hit more than $800,000 for the first time, showing just how ridiculous the market here remains.