Approaching the two-year anniversary of the shelving of Sidewalk Labs' controversial neighbourhood of the future, Toronto is getting a first taste of the jaw-dropping development that replaces the now-dead plan for the Quayside community.

After the high-tech smart city plan for Quayside was axed, Waterfront Toronto began the search for a new development team to lead the build-out of the 12-acre (4.9-hectare) site.

The winning team was announced Tuesday afternoon, accompanied by some outrageously tantalizing renderings.

The winning bid came from Quayside Impact Limited Partnership, consisting of partnering developers Dream and Great Gulf, beating out three other bids in a competitive process for the opportunity to redevelop the site.

If you were disappointed to see the previous plan and its daring mass timber architecture cancelled — its local headquarters and community hub at 307 Lake Shore Boulevard East since converted to a car rental business — the new plan is a sight for sore eyes. 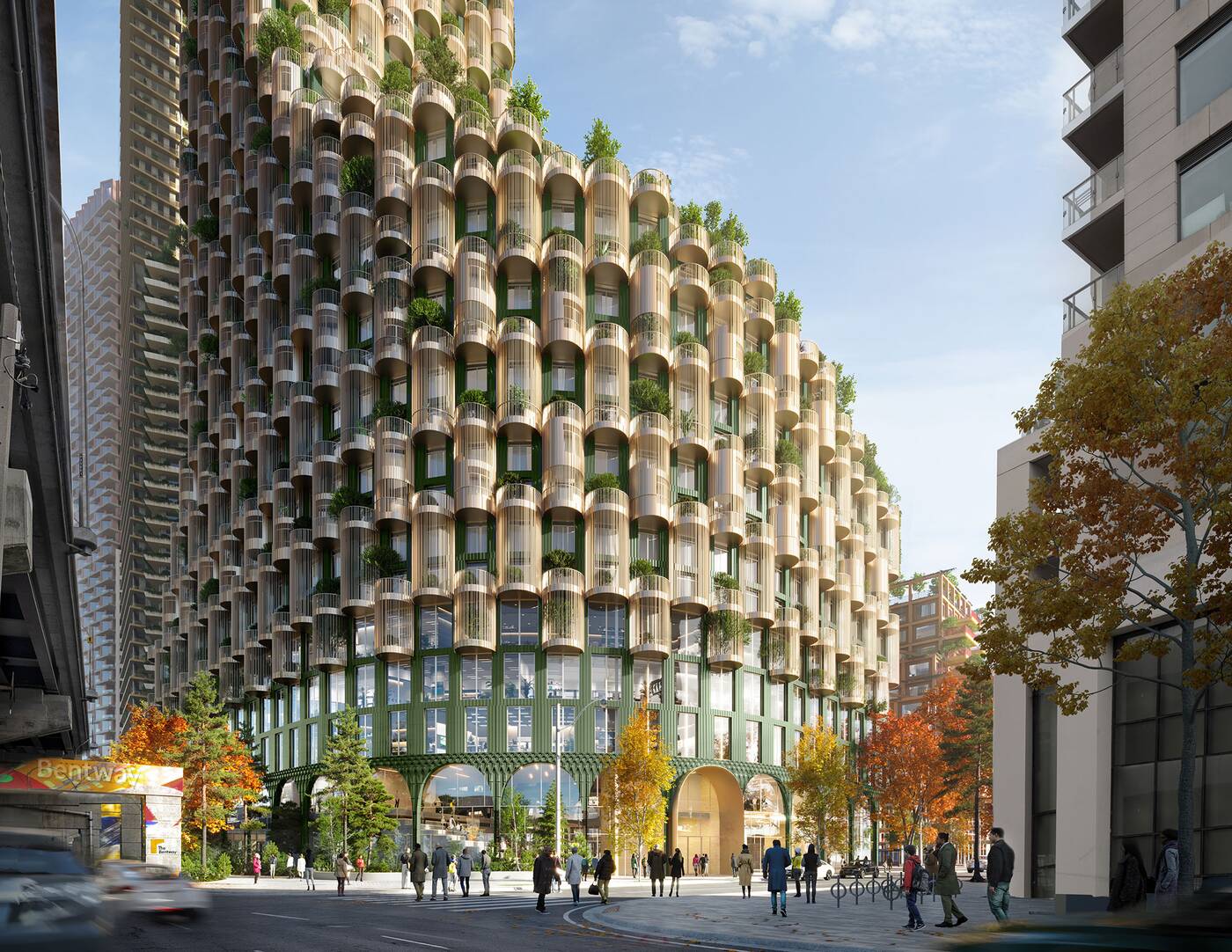 A team of acclaimed architects, including U.K.-based firms Adjaye Associates and Alison Brooks, along with Danish architects Henning Larsen, brings a dynamic mix of styles to the site.

Plenty of factors led to the winning bid's selection, most notably the inclusion of over 800 affordable housing units, more than doubling the amount Waterfront Toronto has already brought to the city.

The affordable components of the project would be fast-tracked early in the development's phasing to address the critical shortage plaguing Toronto.

The Timber House building at Quayside. Rendering by Adjaye Associates.

A wide range of outdoor spaces will be created, including a stunning two-acre forested green and an urban farm built atop what will be one of the country's largest residential mass timber buildings. 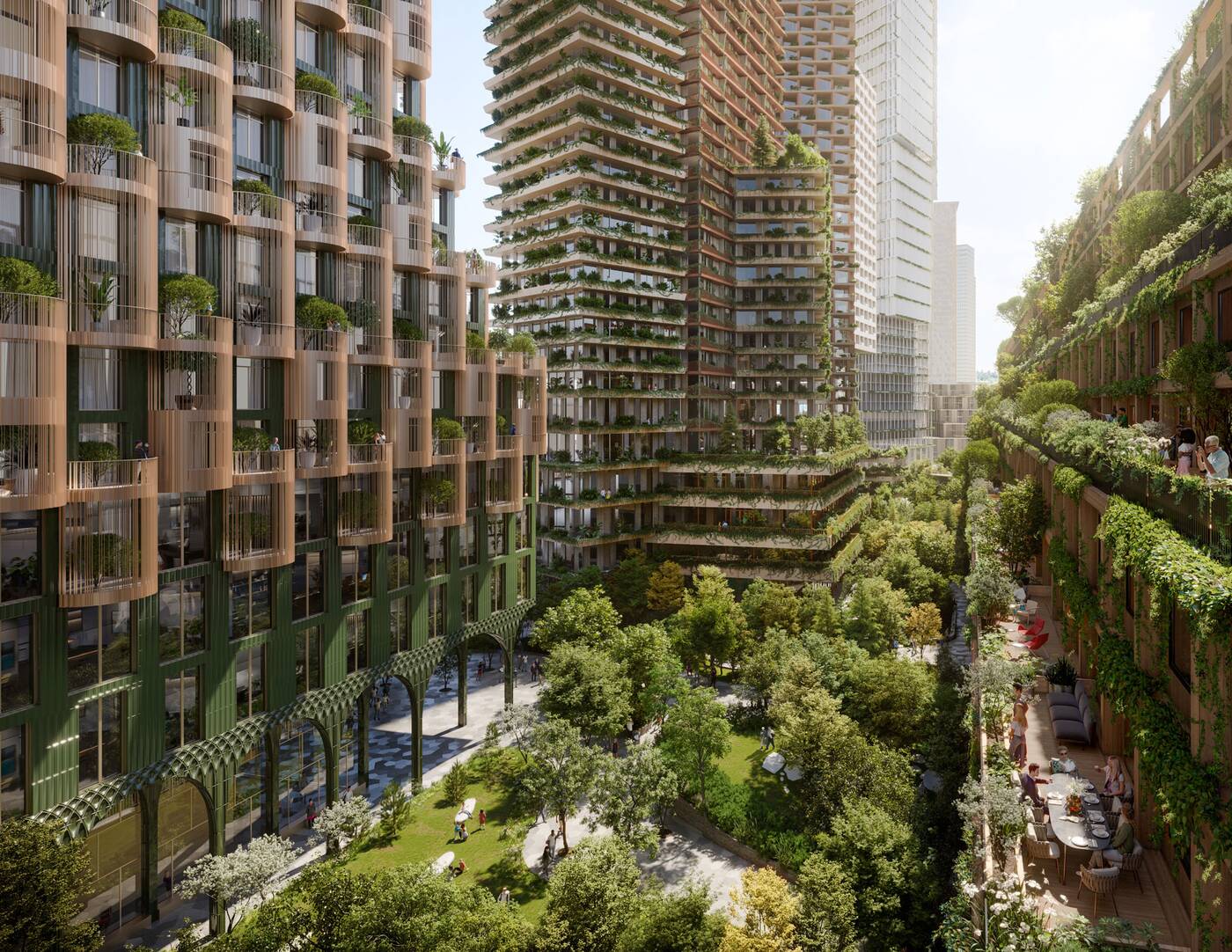 The Community Forest public space at Quayside. Rendering by SLA.

The Quayside neighbourhood won't just be a community for residents to live, work, and play, but also a destination drawing in visitors from the surrounding city and beyond. 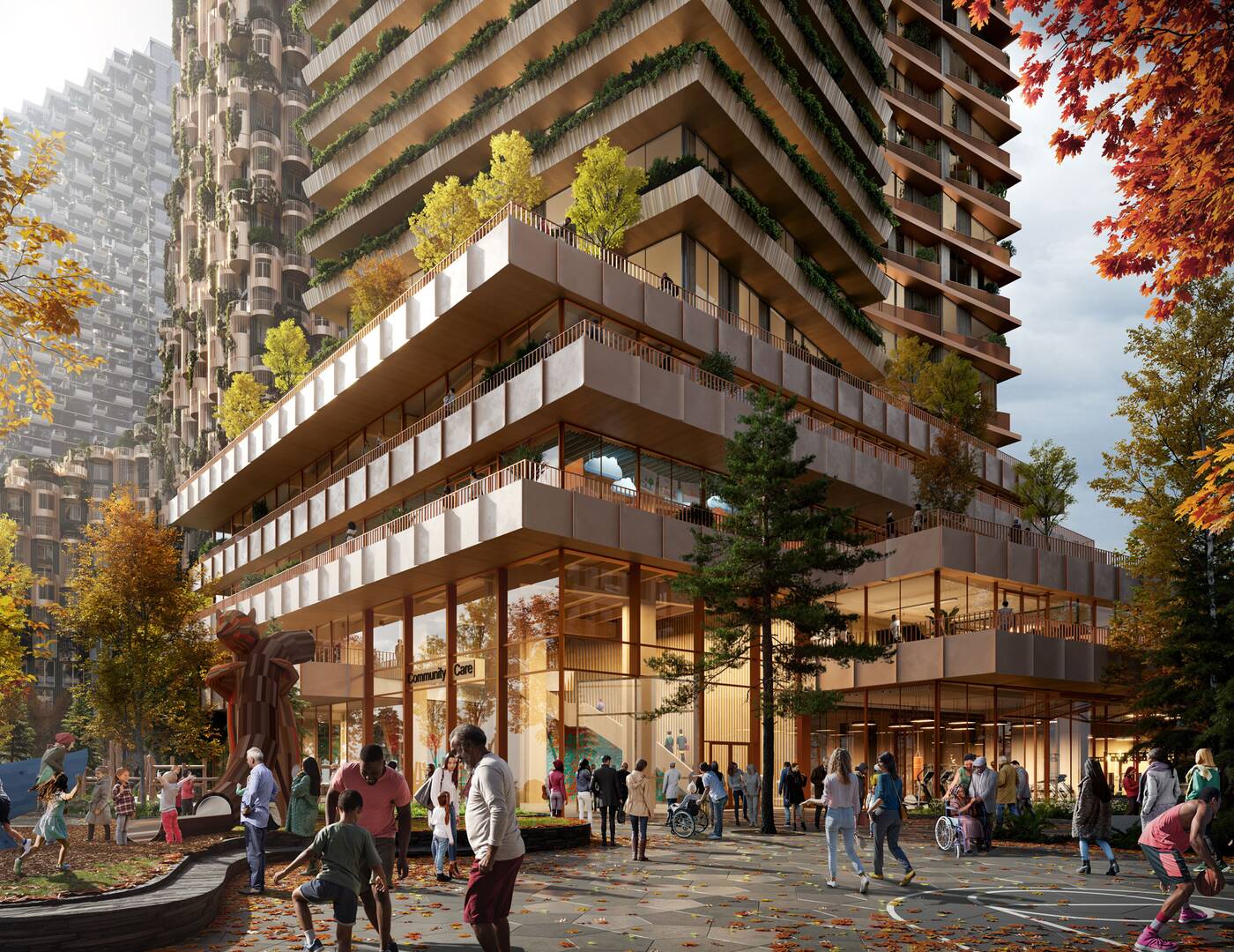 A tower that will be known as The Overstorey. Rendering by Henning Larsen.

Its waterfront locale is one big draw, but if that wasn't enough, plans call for a major landmark cultural destination and multi-use arts venue, Waterfront Toronto stating that it will "bring together space for the performing arts, Indigenous-centered cultural celebrations and flexible education spaces."

Beyond the flashy renderings, there are some relics of the former Sidewalk Labs smart city plan apparent in the revised scheme, like a proposal to implement "low-carbon development and innovations" and make Quayside a first-of-its-kind all-electric, zero-carbon community. 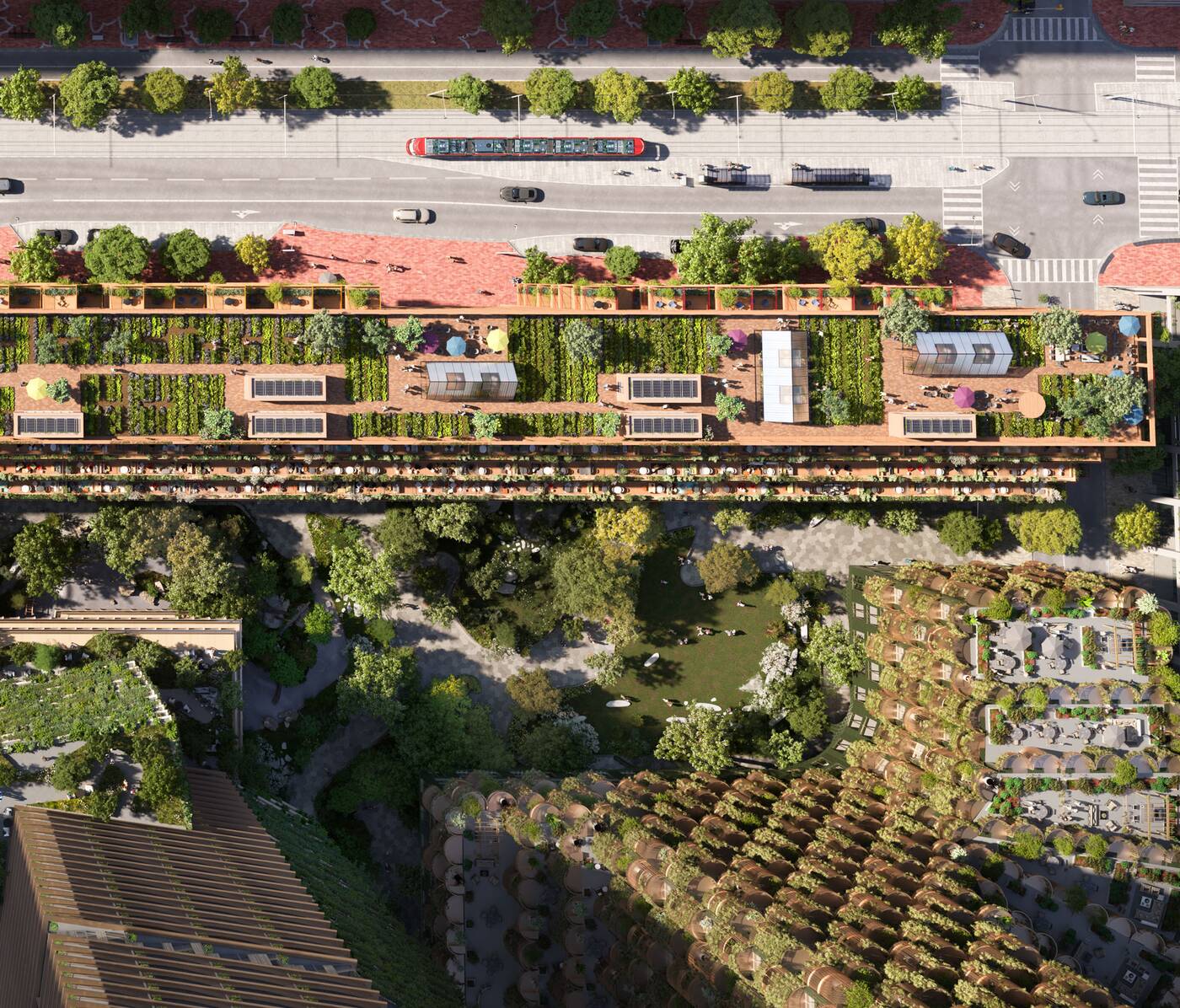 "The proposal unanimously approved by the Waterfront Toronto board today includes hundreds of affordable housing units, new public spaces across 40 per cent of the available land including an urban farm on top of one of Canada's largest mass timber buildings, and strong social and workforce benefits with 20 per cent of construction hours and 20 per cent of post-occupancy jobs going towards equity-deserving groups," said Toronto Mayor John Tory.

"While there is more work to be done on this project including public consultation, today is a good sign of progress and I look forward to seeing Quayside rise on our waterfront," added Tory.

Moving forward, Waterfront Toronto and the winning development team will enter into negotiations for a project agreement, expected to materialize by fall 2022.