Another big boy of a mixed-use skyscraper is slated to rise in downtown Toronto — if everything goes as planned for developers, that is — and this one has some rather unique amenities in store for residents and tenants.

Developer KingSett Capital has proposed a brand new 76-storey mixed-use high-rise at 645 Yonge Street that would replace several existing low-rise commercial and mixed-use buildings at the northeast corner of Yonge and Isabella.

The proposal calls for a "sculpted and highly articulated" tower by Chicago's renowned Adrian Smith + Gordon Gill Architects that will "fit harmoniously" within the current and already-approved buildings along this stretch of the Yonge Street corridor. 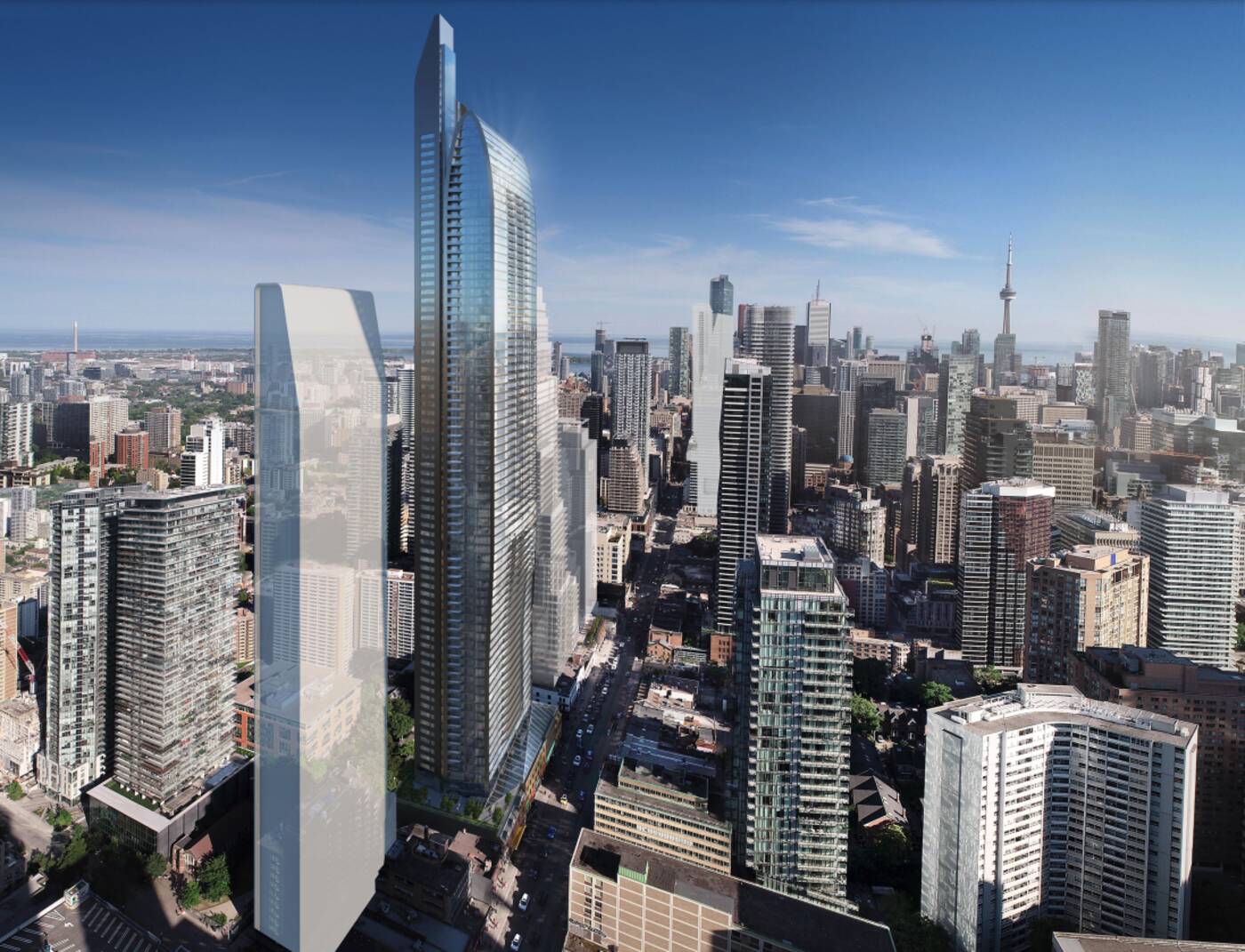 A three-storey base will anchor the development, incorporating some heritage elements and capped by a distinctive glass dome. 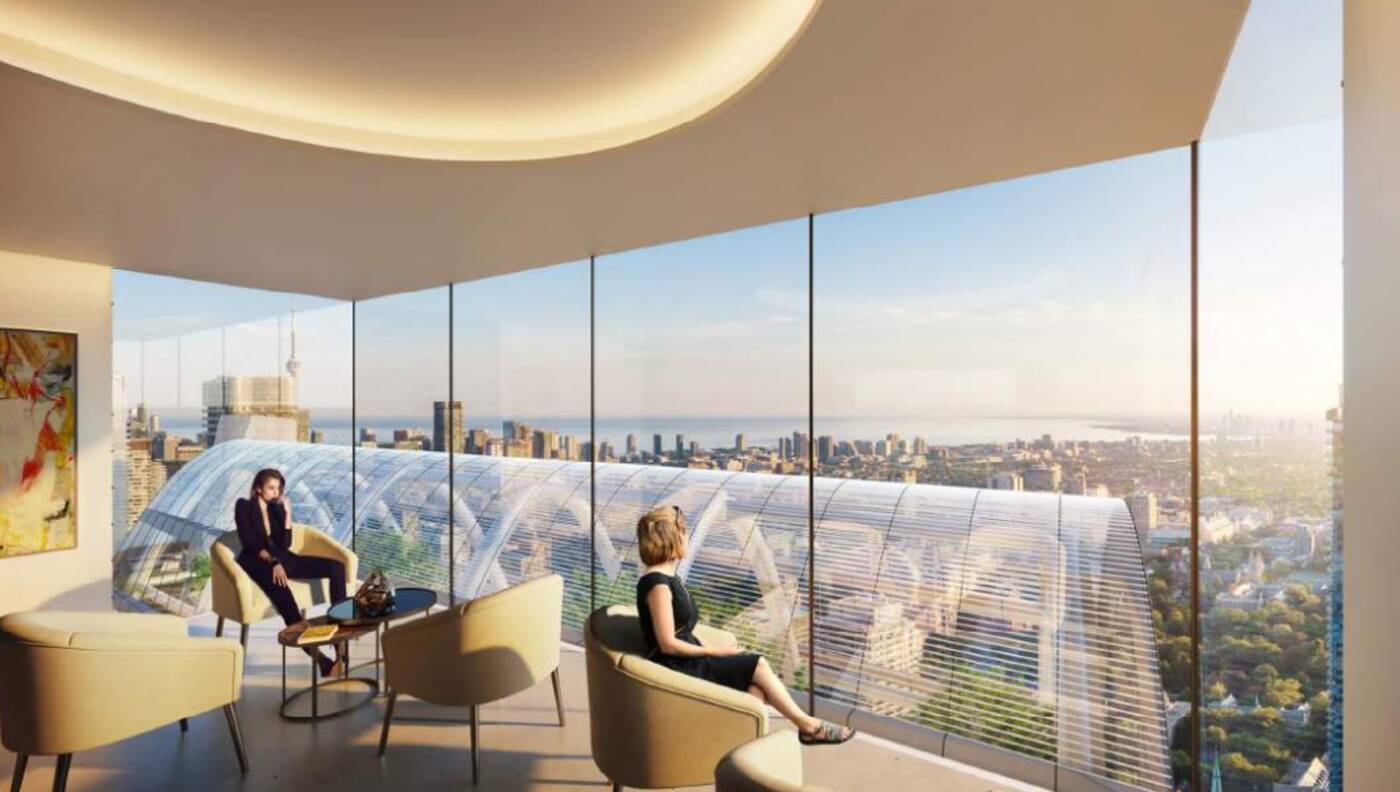 New "high-quality" retail spaces will exist on the ground floor, according to the proposal, presumably replacing the short stretch of businesses that currently consist of Shinyi Dumplings, Popeye's, Su Karaoke, Kothur Indian Cuisine and Potato Noodle Soup of Bai.

Also targeted as part of the development are an acting studio, an events venue, and the vacant space once occupied by Toronto's iconic House of Lords hair salon, which shut down after more than 50 years in 2017. 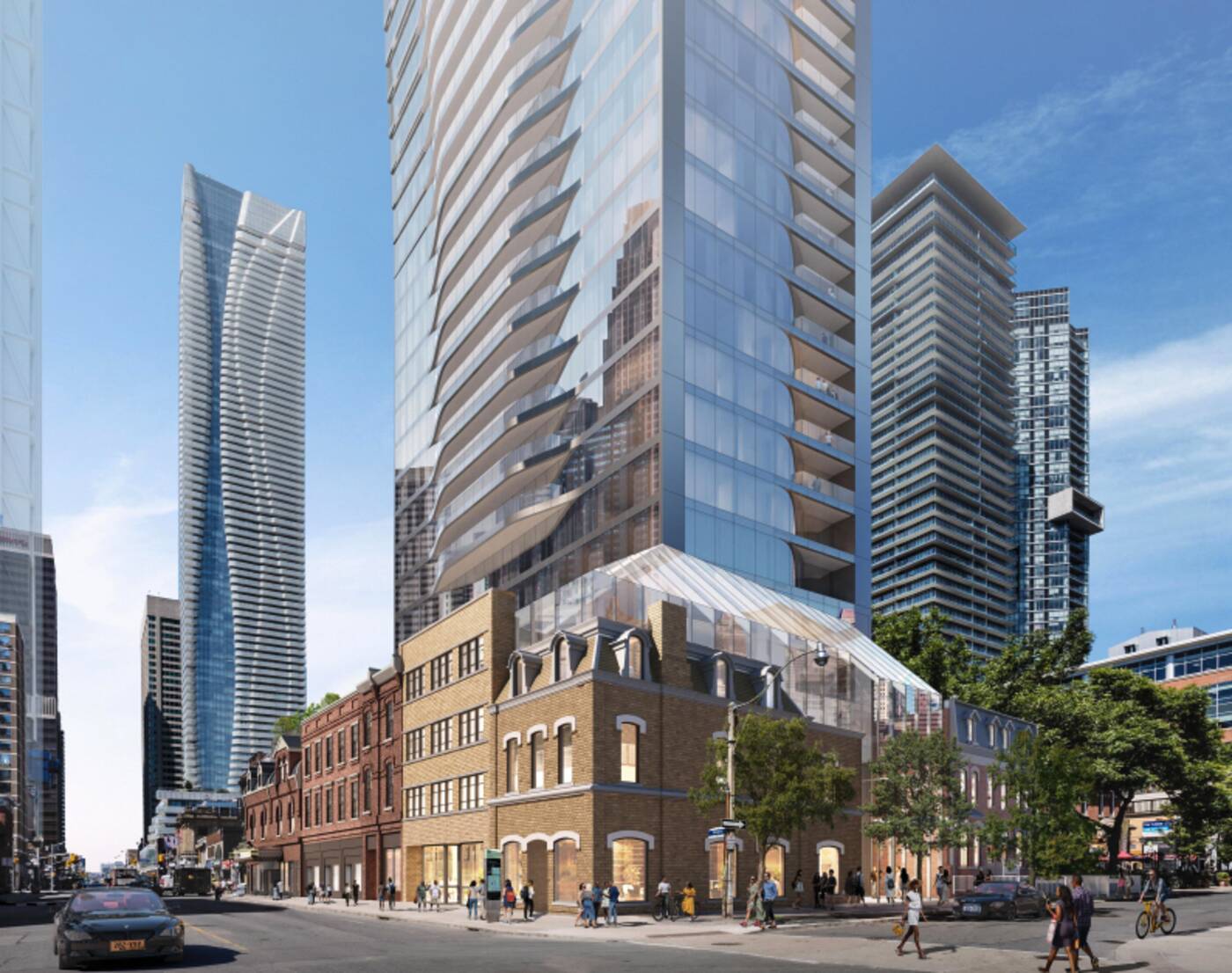 The proposal specifies that the base will be topped by residential and "community cultural" space. 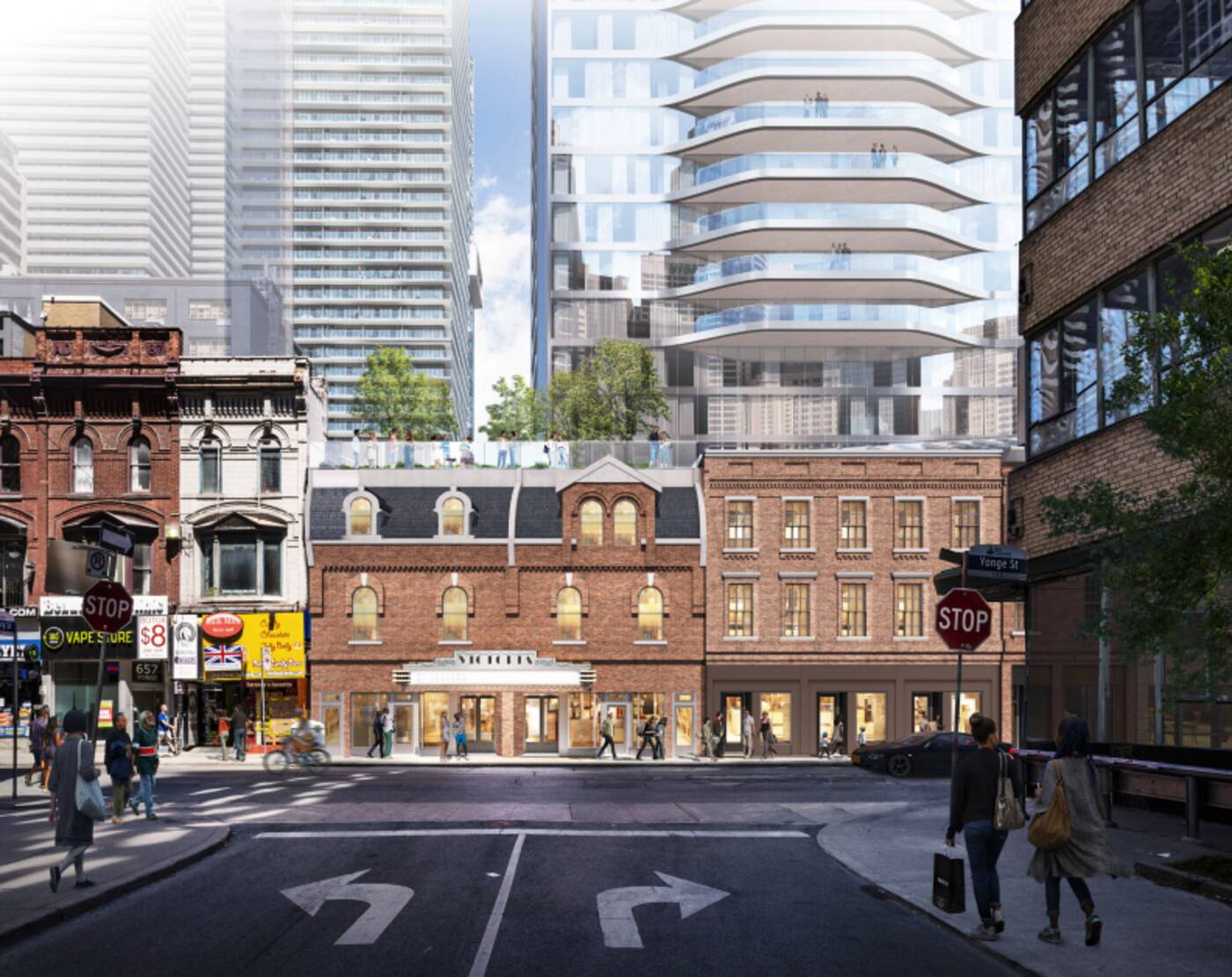 While it's not quite clear what the cultural space will include, KingSett has allocated 425 square metres toward it. Some 697 square metres of the project will be retail and commercial space, while condos will take up the vast majority at 53,699 square metres.

A new, public and very cool-looking retail atrium is also slated for the building's base. 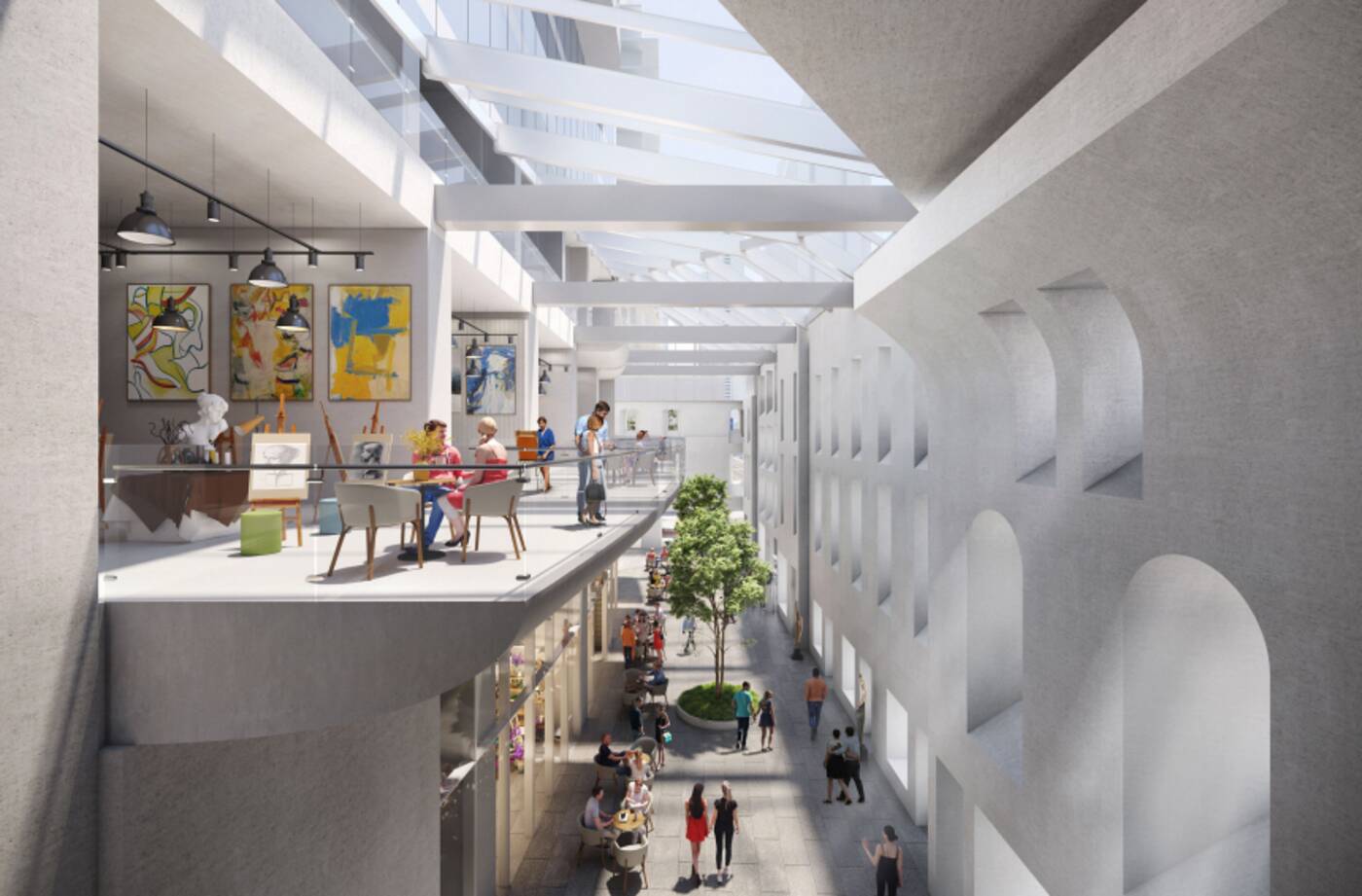 A total of 678 dwelling units are planned for the development, which at 280 metres tall (30 of which are just spire and penthouse) falls slightly short of the supertall category, which encompasses occupied towers of more than 300 metres in height. 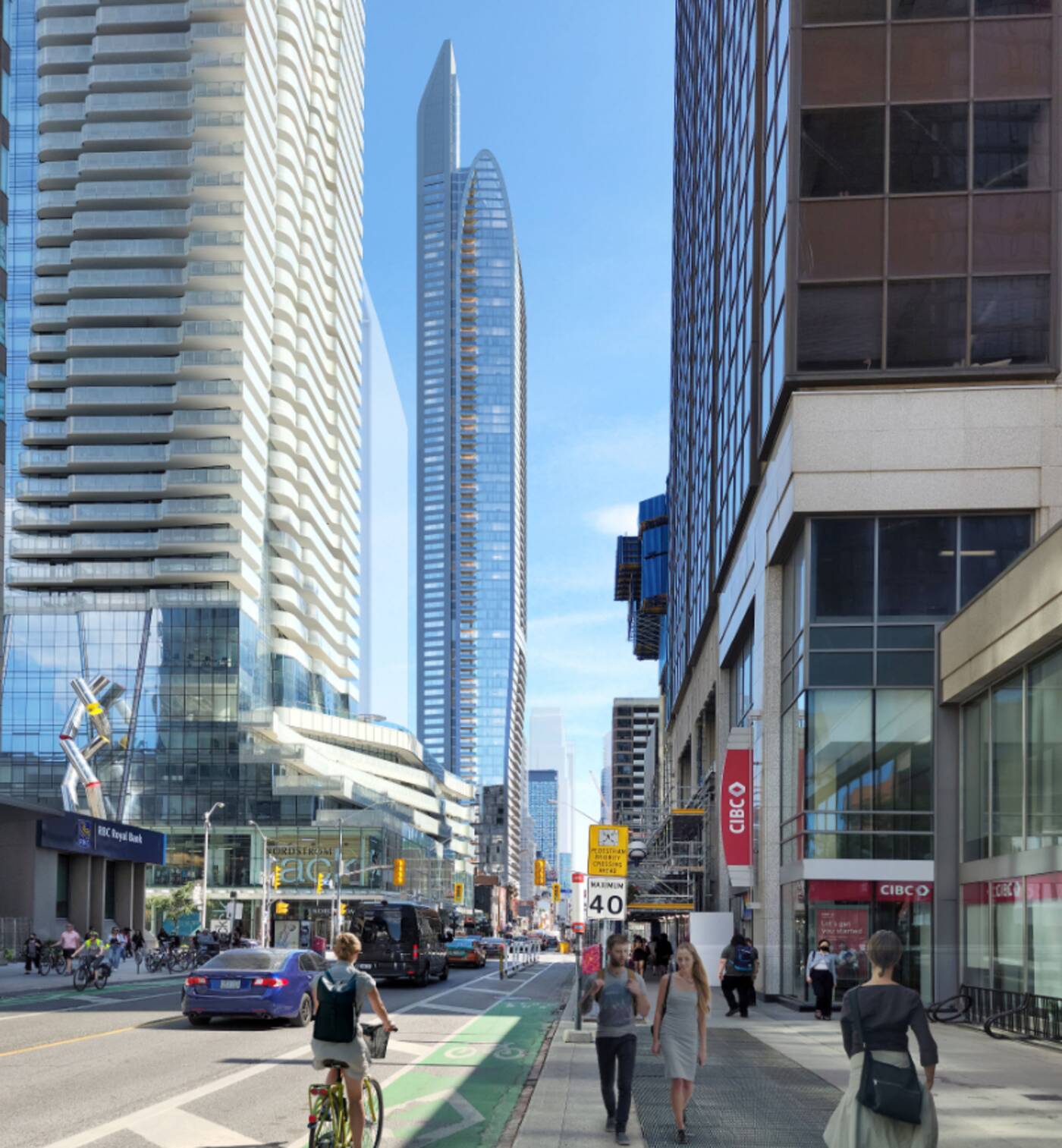 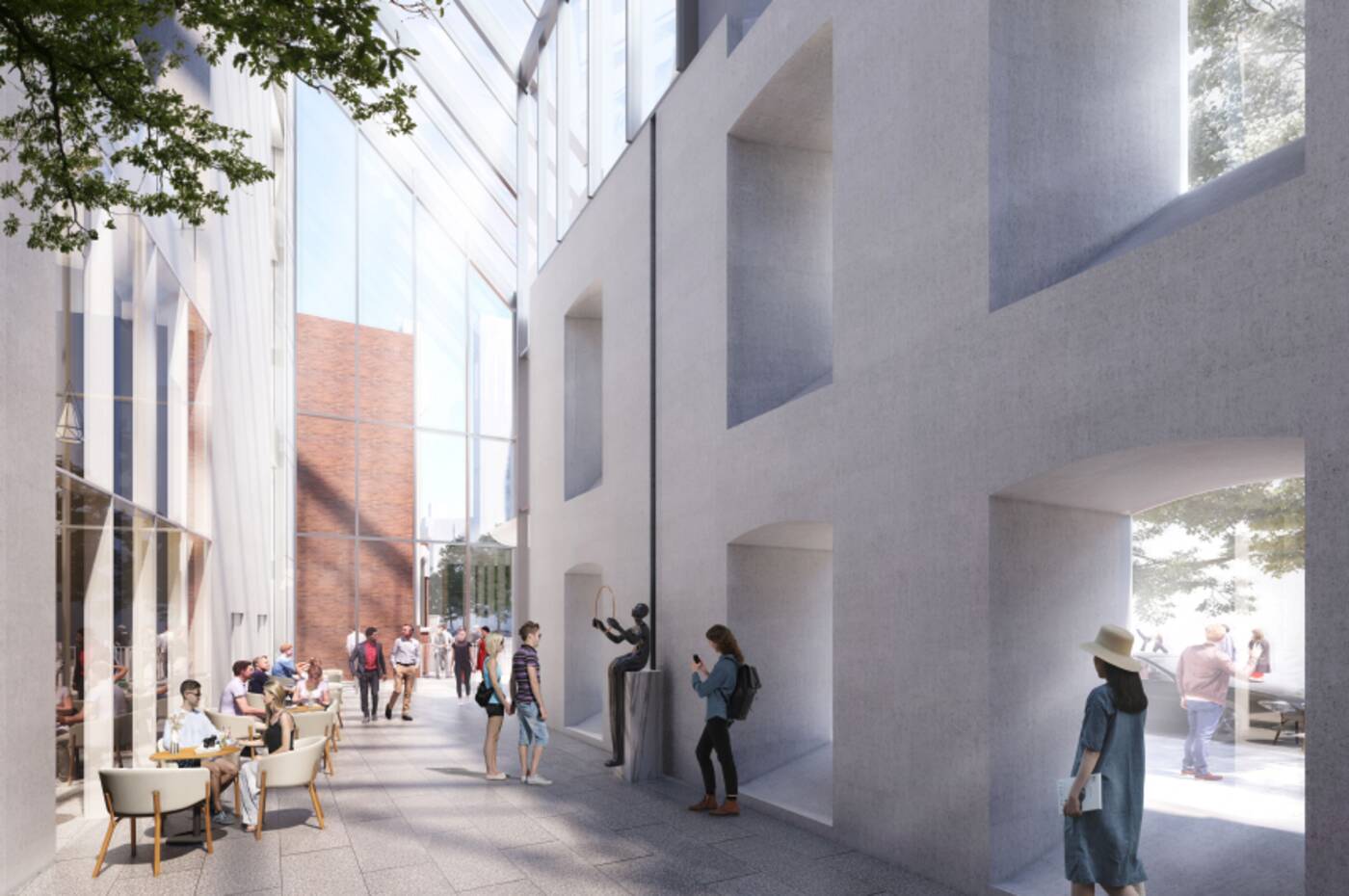 For the purposes of people who won't be living in or investing in this project, the building's erection will also result in the creation of 142 square metres of public parkland.

This would contribute to the already-planned expansion of George Hislop Park and an additional 148 square metres of land that will facilitate the widening of Biscuit Lane, which is the actual name of a street in Toronto I just found out existed.