A significant new development application promises a bold architectural addition for the city, with a proposal for a 30-storey tower that has the potential to become a globally-recognized Toronto landmark, stepping out of line with the bland procession of condo projects churned out in the region.

The submission calls for the redevelopment of 15 and 17 Elm Street, just west of Yonge Street, currently occupied by low-rise buildings, including the current home of the Elm Street Italian Deli and the Fraternal Order Of Eagles.

For its first-ever and flagship project, Fora Developments is working with Oikoi Living to bring something unique to the skyline in an avant-garde/Art Nouveau style reminiscent of legendary Catalan architect Antoni Gaudi, best known for the perpetually under-construction Sagrada Família in Barcelona.

Fora is making a statement right out of the gate by bringing on one of Toronto’s most daring architecture firms in Partisans, a name that has earned accolades in recent years with some spectacularly bold designs, perhaps best known locally for the warm, organic interior design of Grant van Gameren's Bar Raval. 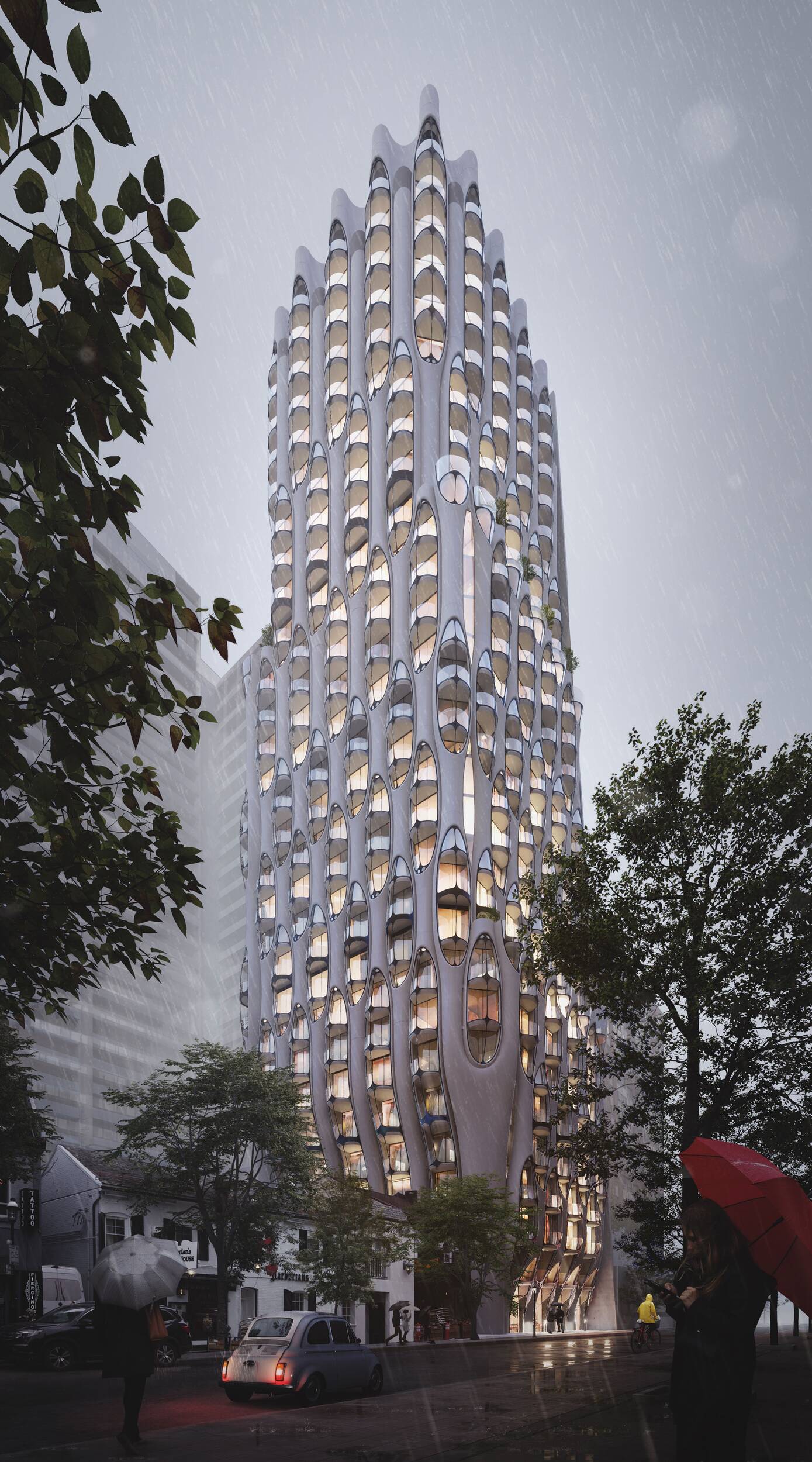 The proposal calls for a tower with a height of 99 metres and a floor area of 14,363 square metres. Aside from a retail component on the P1 and ground floors, almost all of the space would be allocated to residential uses, with 174 units planned in a mix of five studios, 95 one-bedrooms, 51 two-bedrooms, and 23 three-bedroom suites.

Maurice Wager, Founder and President of Fora Developments, tells blogTO that "just as this great city was due for the Michelin guide, so too does Toronto deserve a greater investment in projects that advance our collective need towards placemaking."

The design for the Elm Street development is described in planning documents as "an undulating and wispy cloud-like series of round sculpted forms that lengthen as they go up the building." 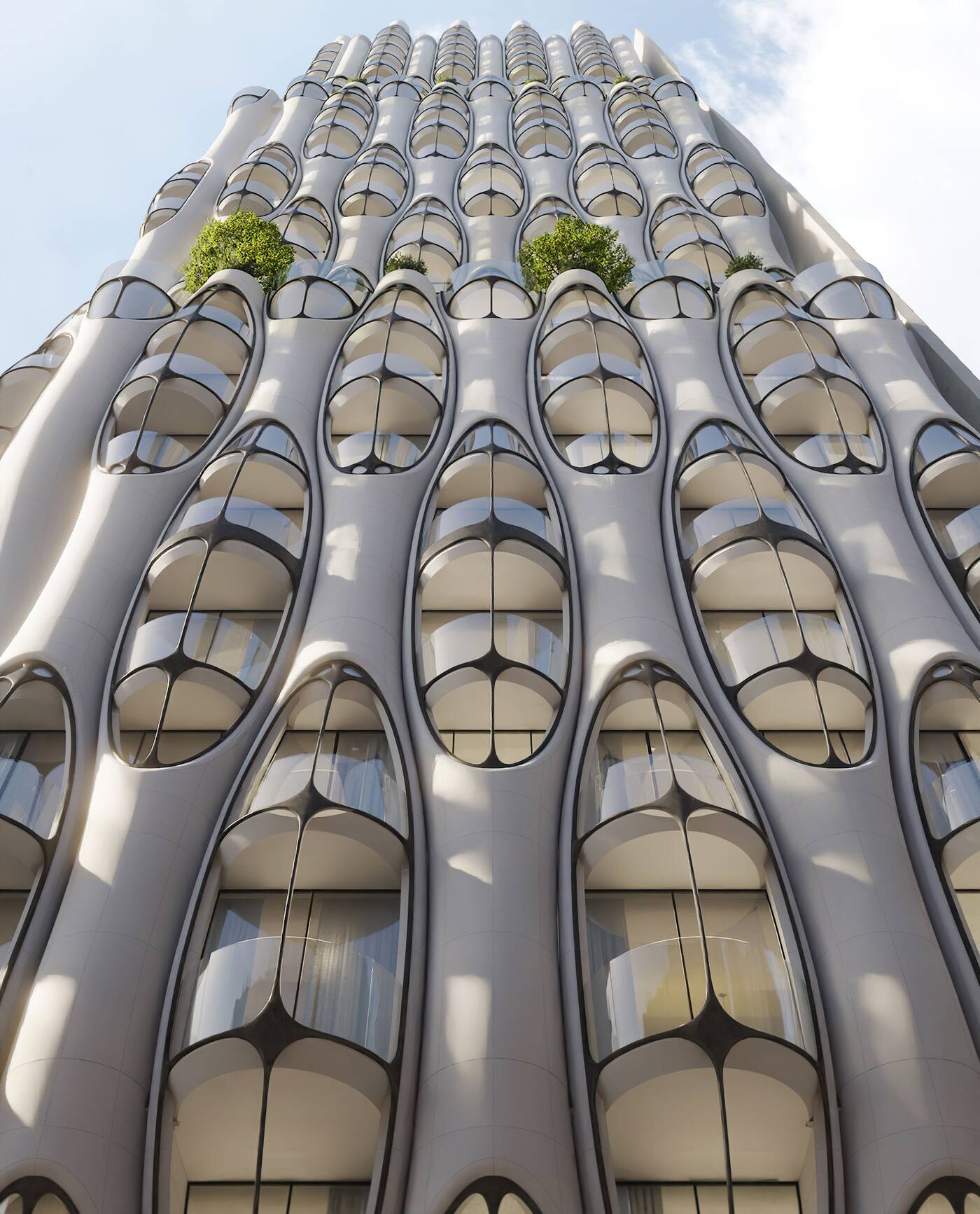 A rendering is far from a promise, however, and while these jaw-dropping images are certainly a treat for the eyes, projects are not approved by city planners based on their aesthetic appeal.

A developer is under no obligation to follow through with a very costly design once zoning is approved, but only time will tell if these promising renderings become a reality.

Josephson tells blogTO that "The Elm project is about saying yes we can. It's an organic and optimistic approach to the architecture of mixed-use towers. "

"At its core, this is a series of stacked cubes that are clad in a way to evoke the softness of rising clouds and movement."

"We are asking the city and the citizens of Toronto to dream together," says Josephson. "This is possible, we just need to allow ourselves to pave the runway for them to come to life.