Elm Street Italian Deli is currently open but their offerings and services may be affected due to the pandemic. Please contact the business directly for more information about any changes. Is this your business? Please contact us if you would like to update this message.

Brought to us by the same people behind Cherry Street Bar-B-Que, all meats are produced at a central kitchen location. 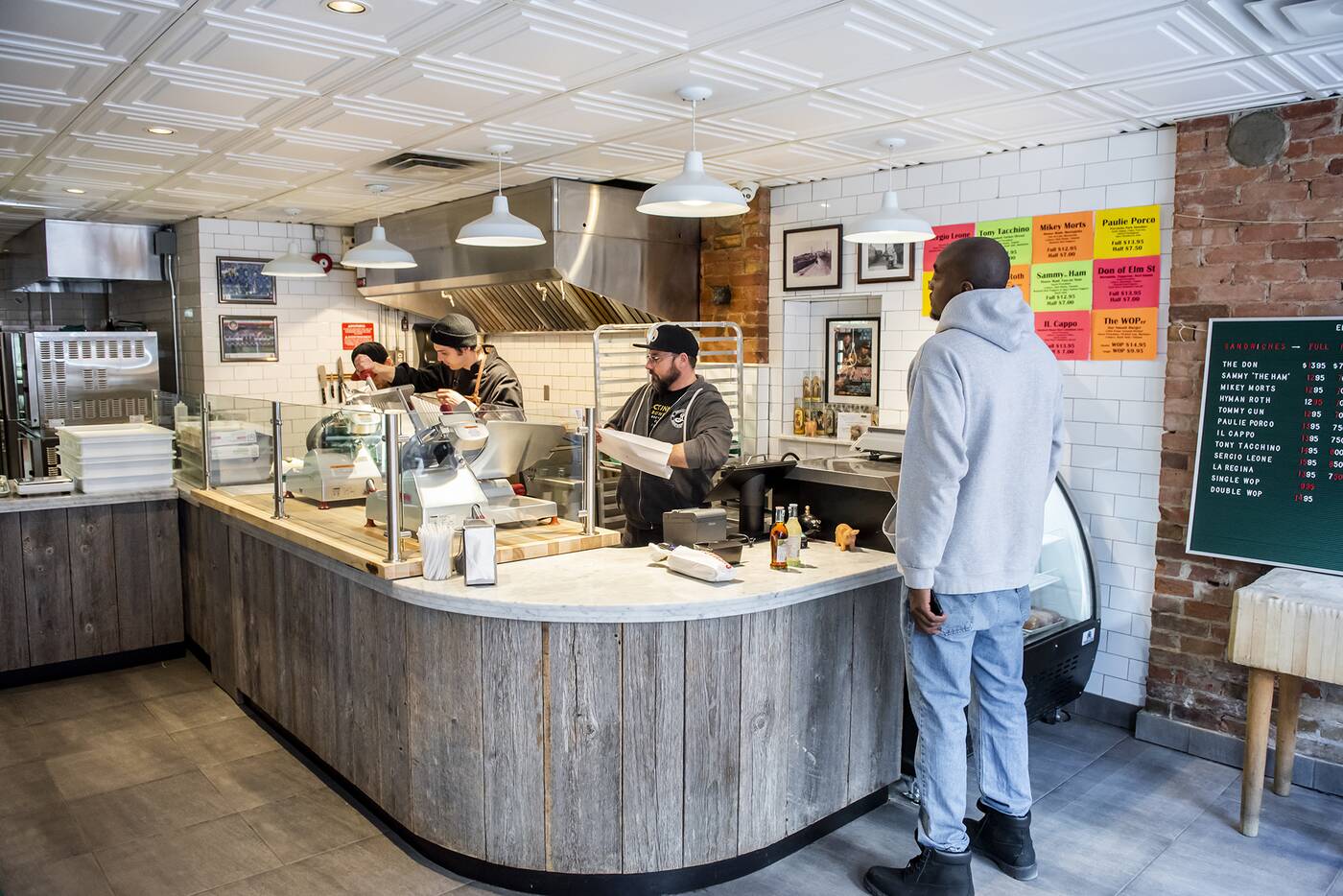 They're sliced and assembled into sandwiches in full view of customers in a small subway-tiled space decorated with old photos of Verona and Puglia as well as old Italian posters for Sergio Leone films. 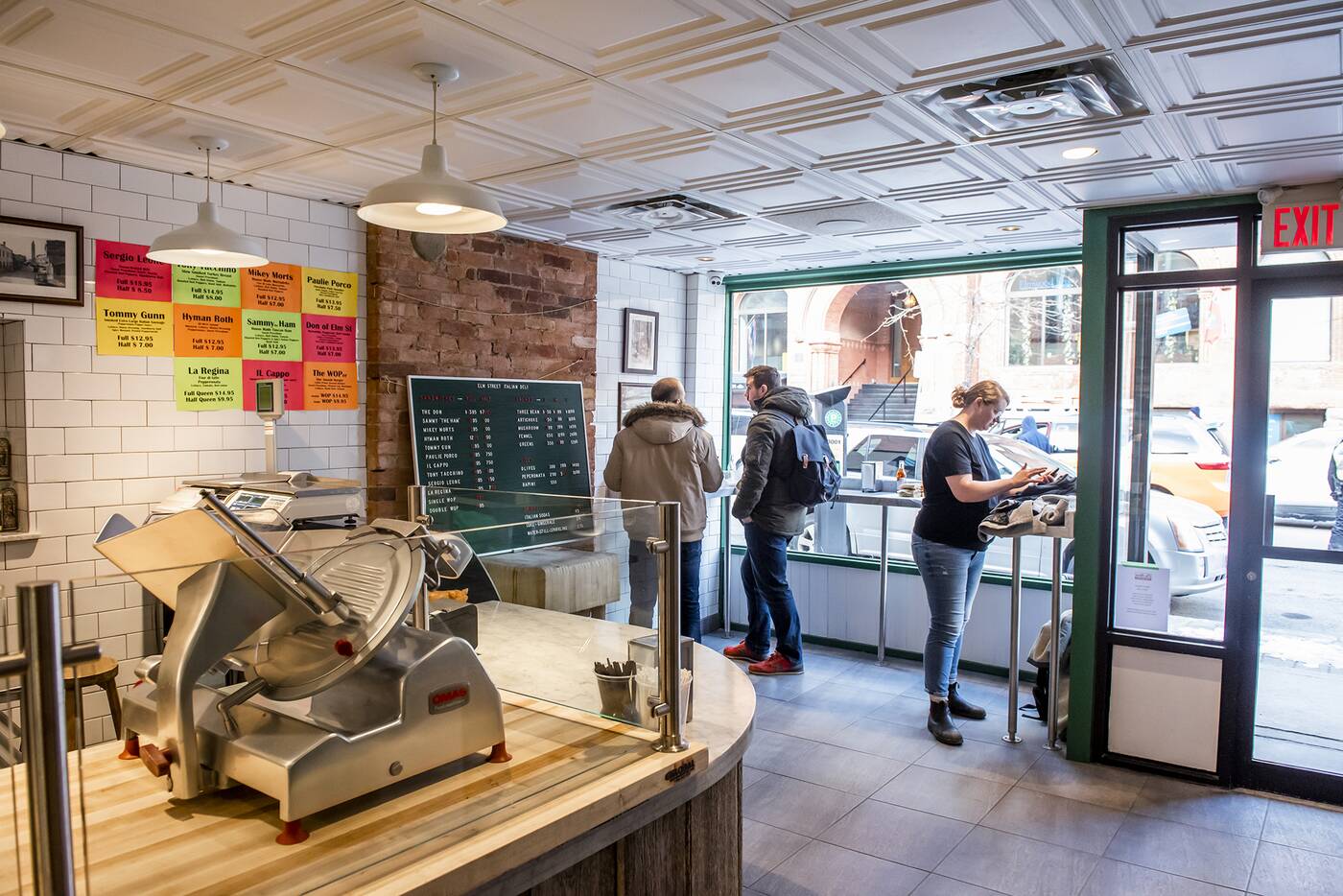 There's no seating, but a sunny marble ledge is suitable for leaning and noshing.

Traditional sandwich rolls are made using the poolish method with their own starter and baker's yeast for a bit of sourdough tang, fermented for about three days. 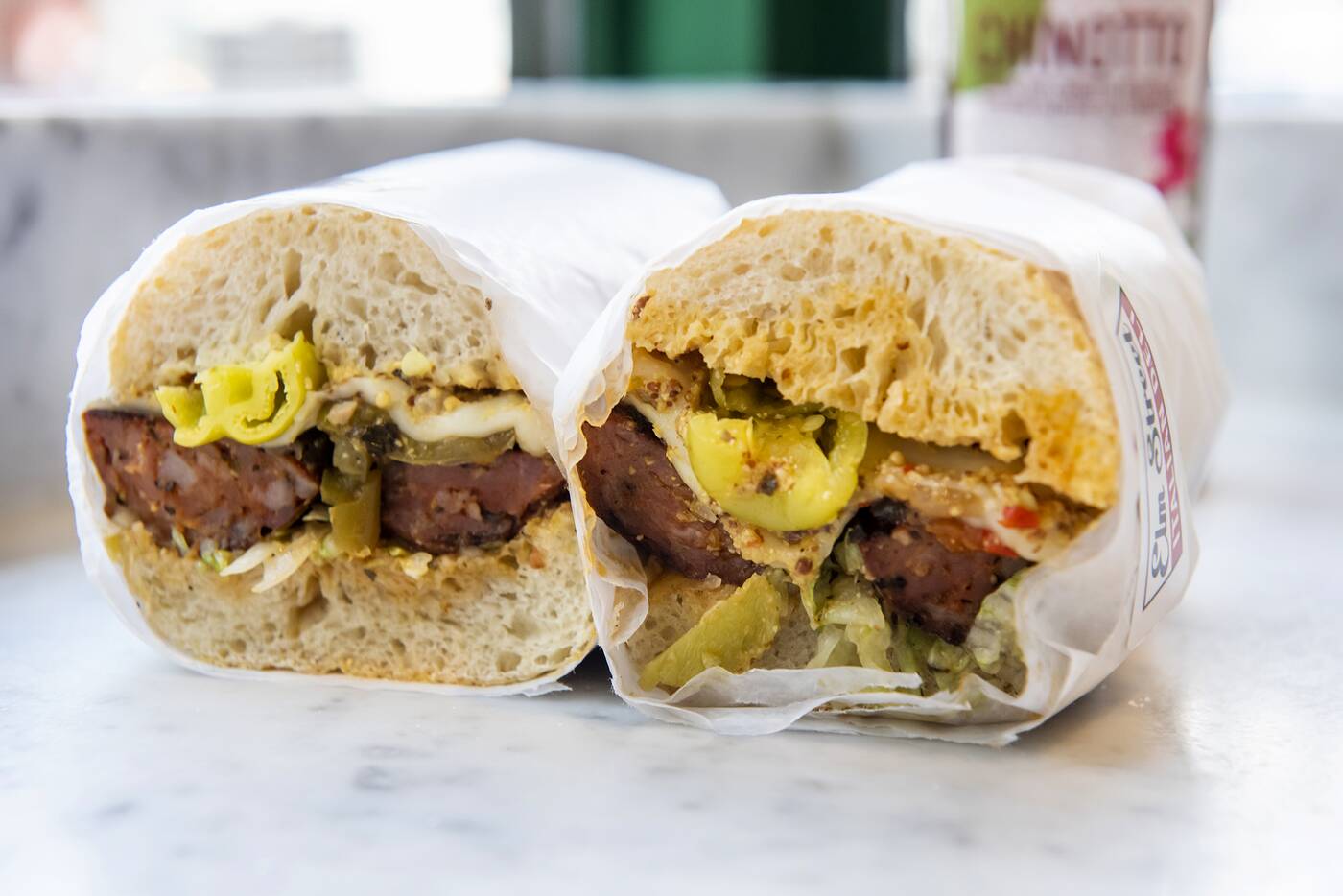 The Tommy Gunn ($12.95 for a full sandwich, $7 for half) sees a cold-smoked Italian pork sausage split and griddled with melted provolone for a bit of a hot dog vibe. 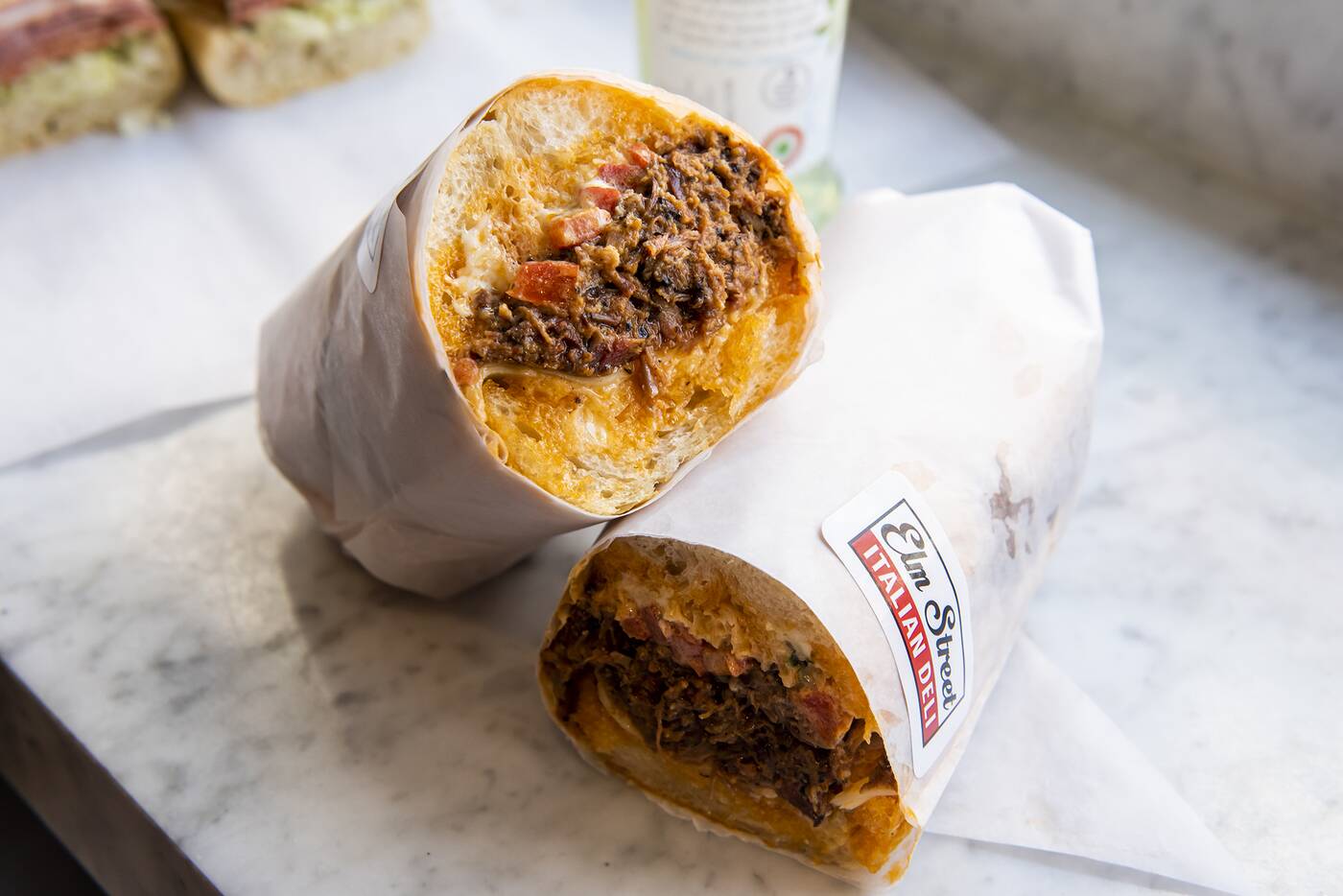 The Sergio Leone is the priciest option at $15.95 for a full sandwich, $8.50 for half, but it's also the beefiest. Based on a type of Tuscan beef stew called peposo, Cherry Street brisket is smoked, chopped up and braised with drippings, marinara and warm spices like nutmeg.

Originally stewed at the central kitchen for about 14 hours, the meat stews for around an additional two hours here, rendering it even more tender if possible, while still retaining big brisket flavour. Sweet provolone, garlic rapini, roasted red peppers and giardiniera aioli finish this one off. 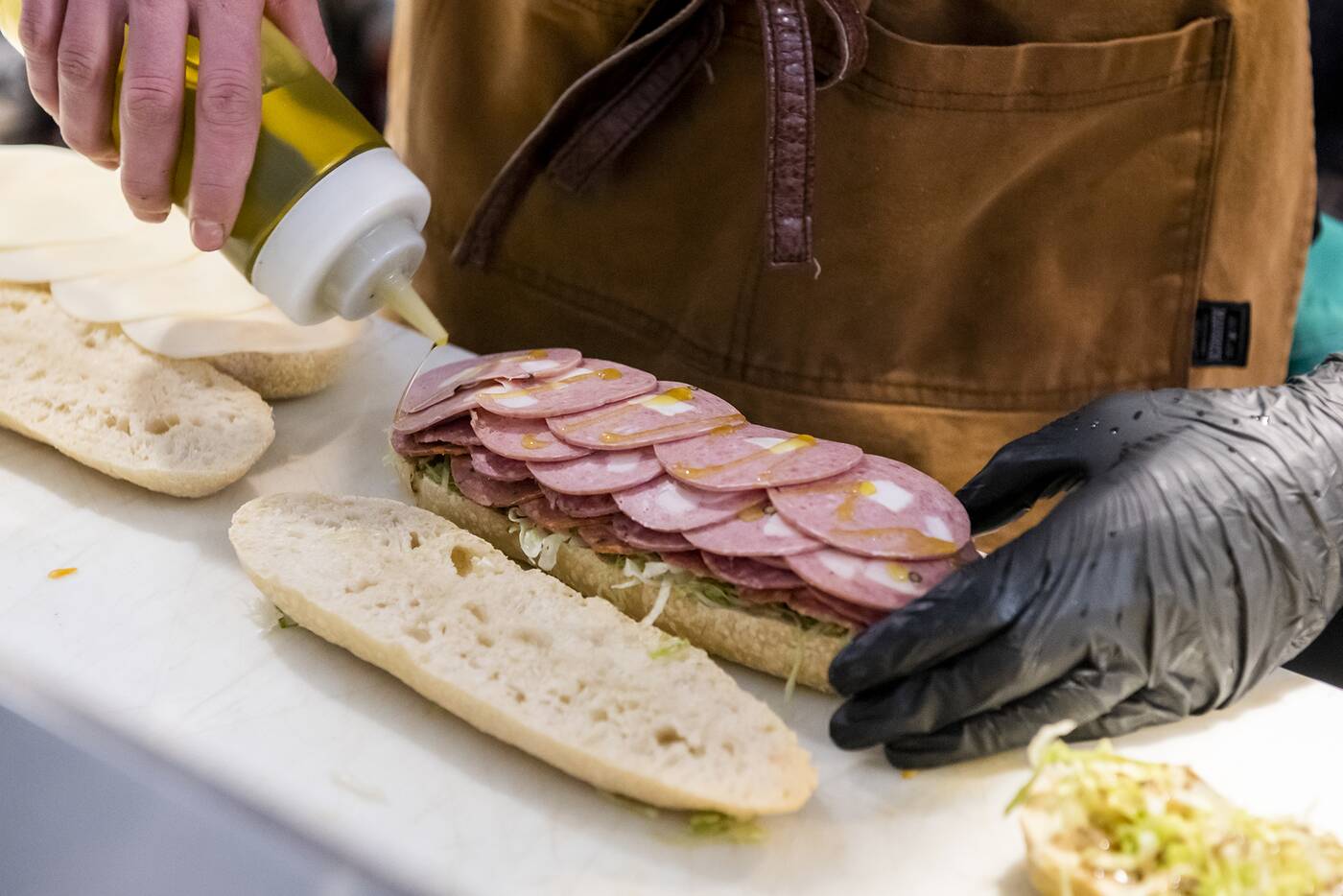 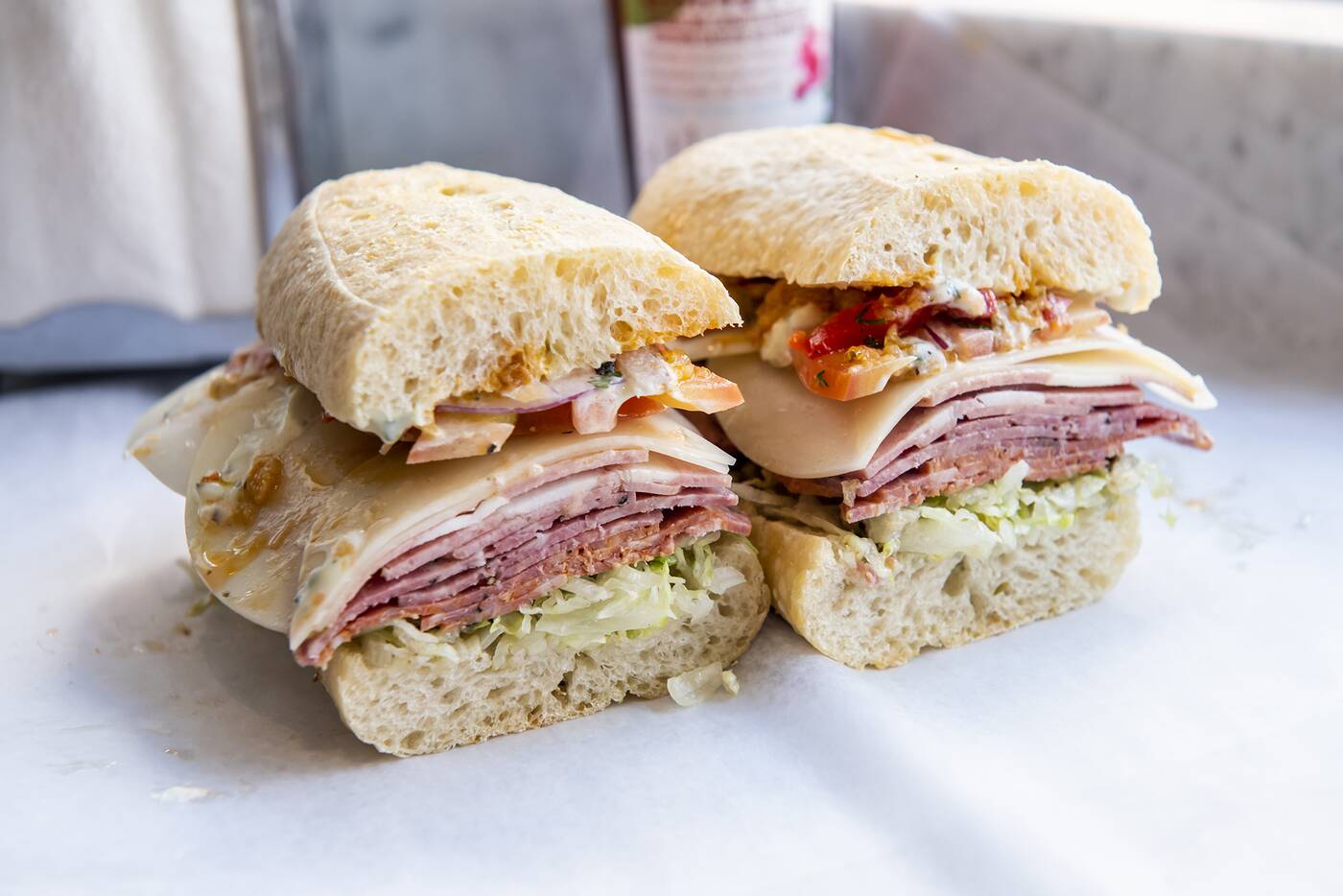 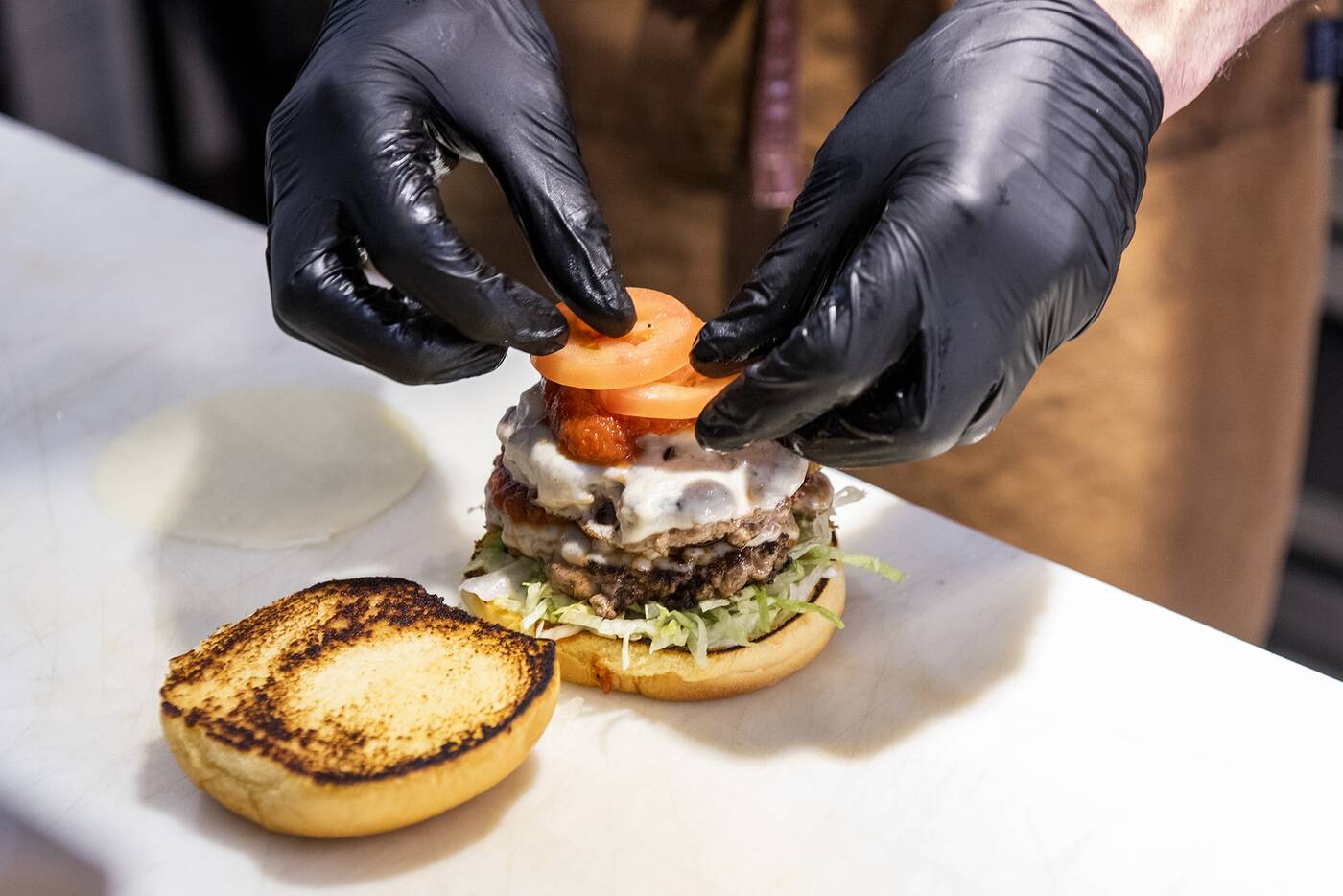 Patties are made out of 100 per cent USDA prime brisket, flattened with a trowel and steamed with sweet provolone on top. 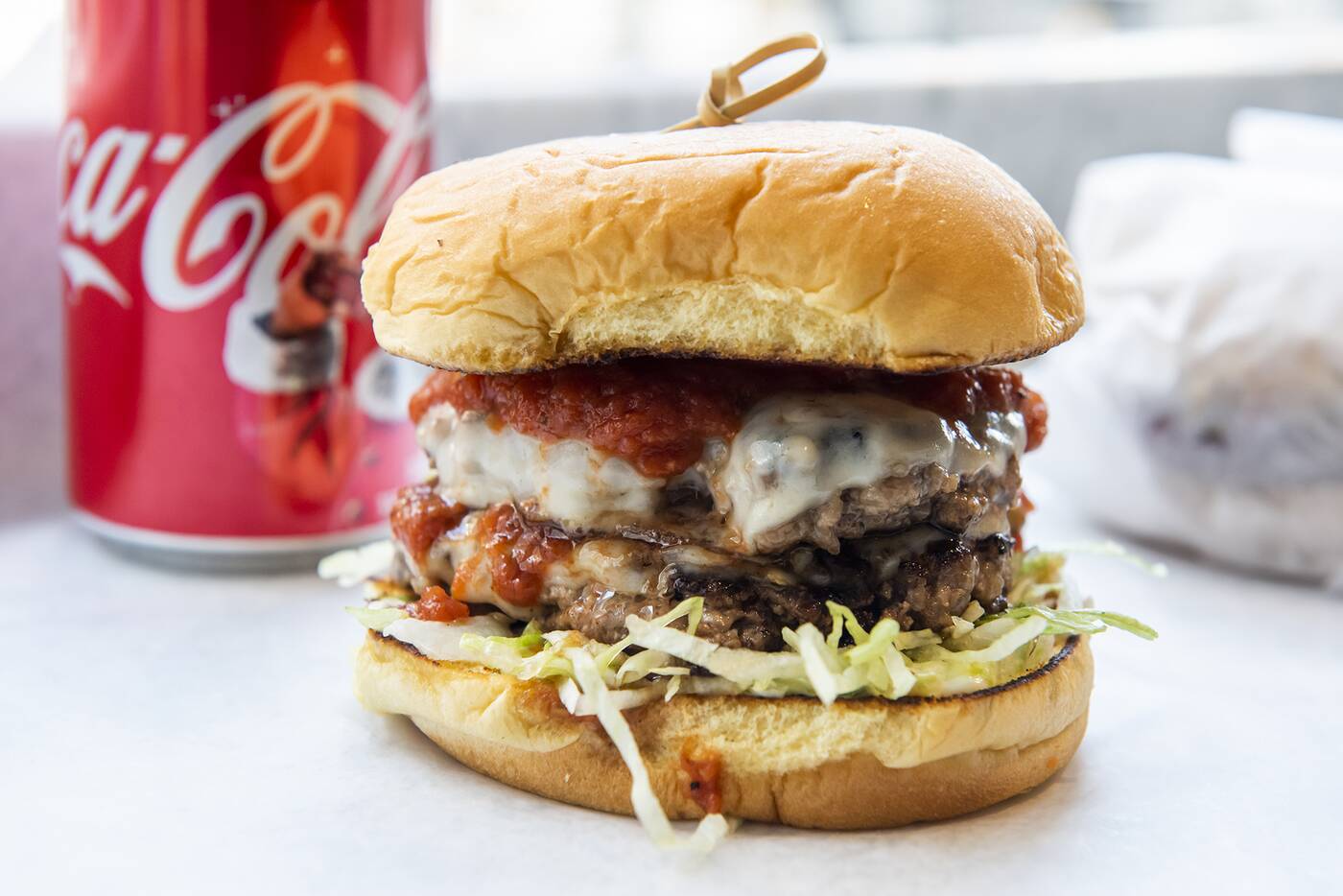 They're then presented on a squishy toasted martins potato roll with pickled veg, lettuce, tomato and that same basil aioli, smothered in a sweet saucy marinara. 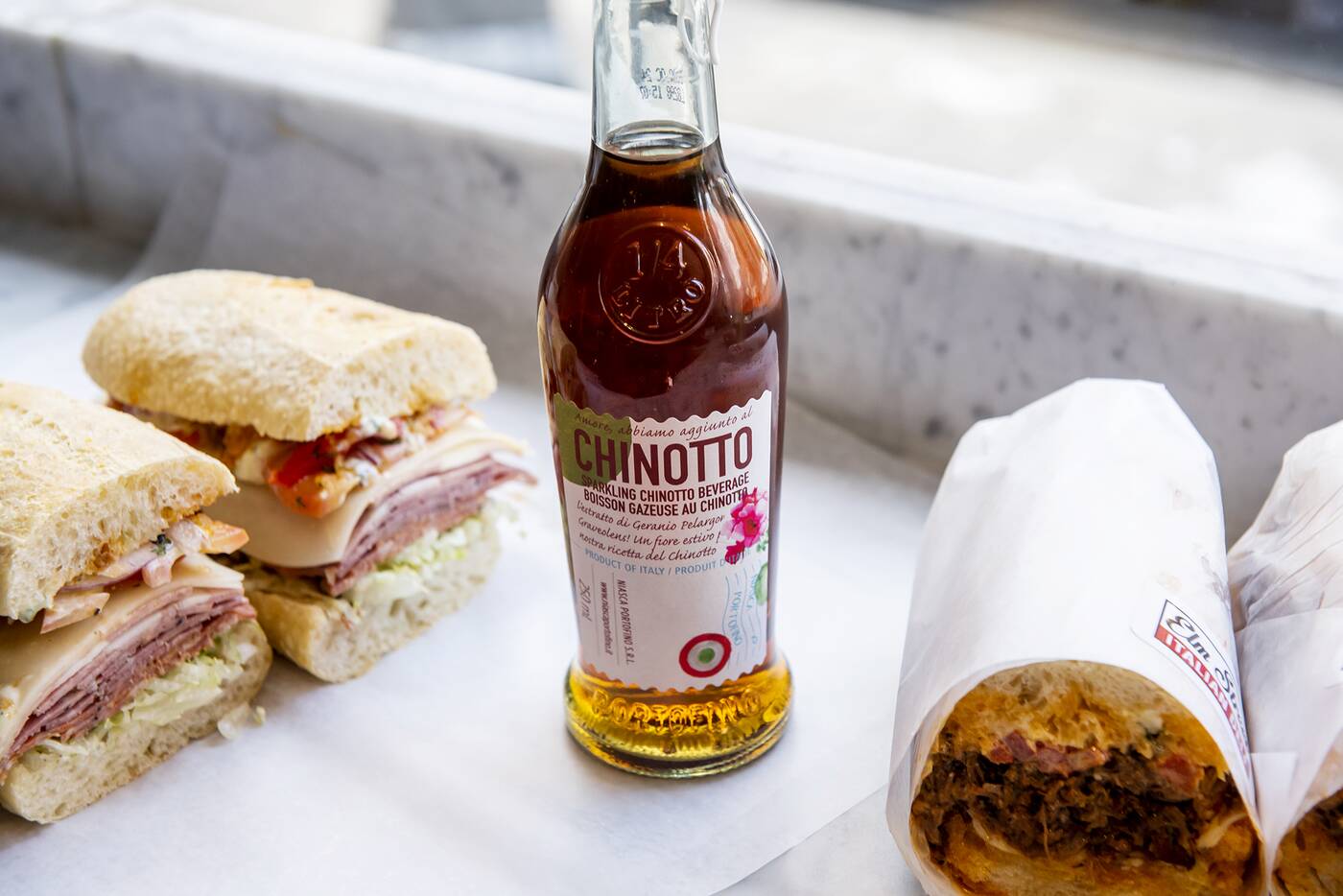 Wash everything down with a chinotto ($4.50) or other imported Italian soda. You might know chinotto by a popular brand name, Brio. 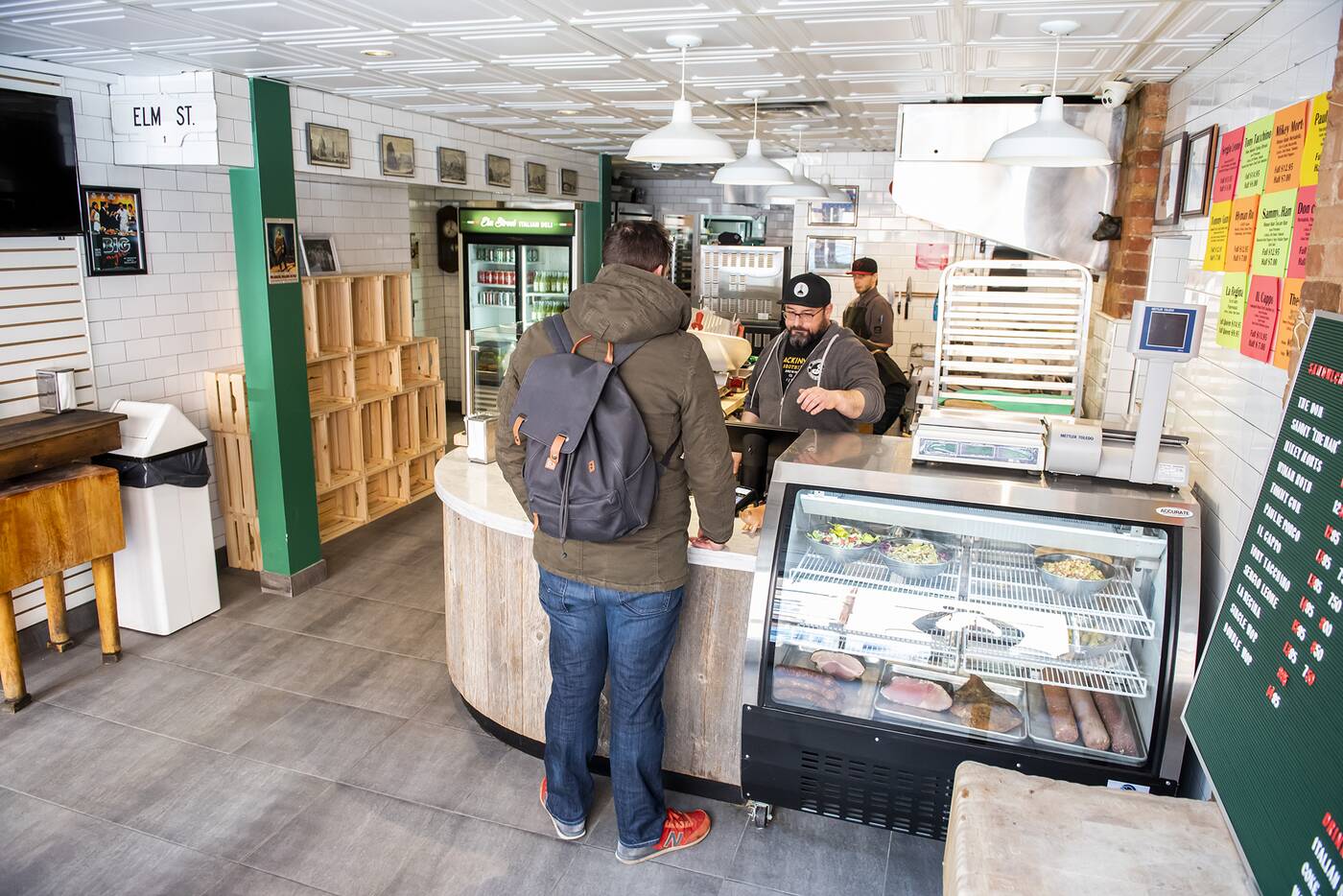 A lineup of side salads includes mushroom, fennel, greens, artichoke and three bean. 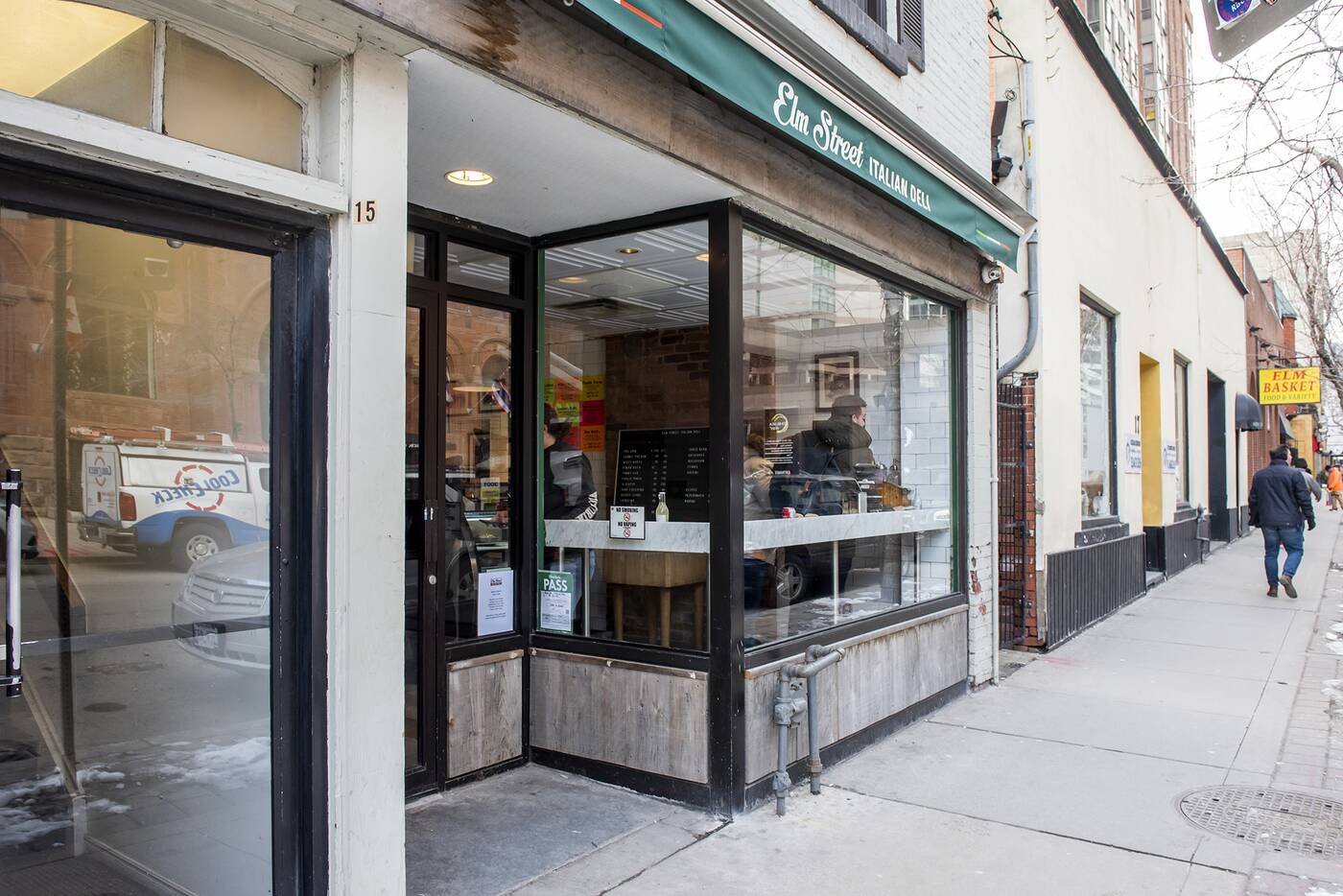