A soaring mixed-use tower with a stunning geometric design is about to get the green light to rise 60 storeys from the southeast corner of Simcoe and Wellington and into the Toronto skyline.

Plans for the H&R REIT development at 145 Wellington Street West have been advancing since 2019, and the latest submission for the proposed rental and office tower has been recommended for approval at the Toronto and East York Community Council, bringing it one step closer to reality.

The latest plan shakes things up with a new design, bringing on flashy local architecture firm Partisans working with Turner Fleischer Architects to create a diagrid-exterior geometric statement for the skyline. 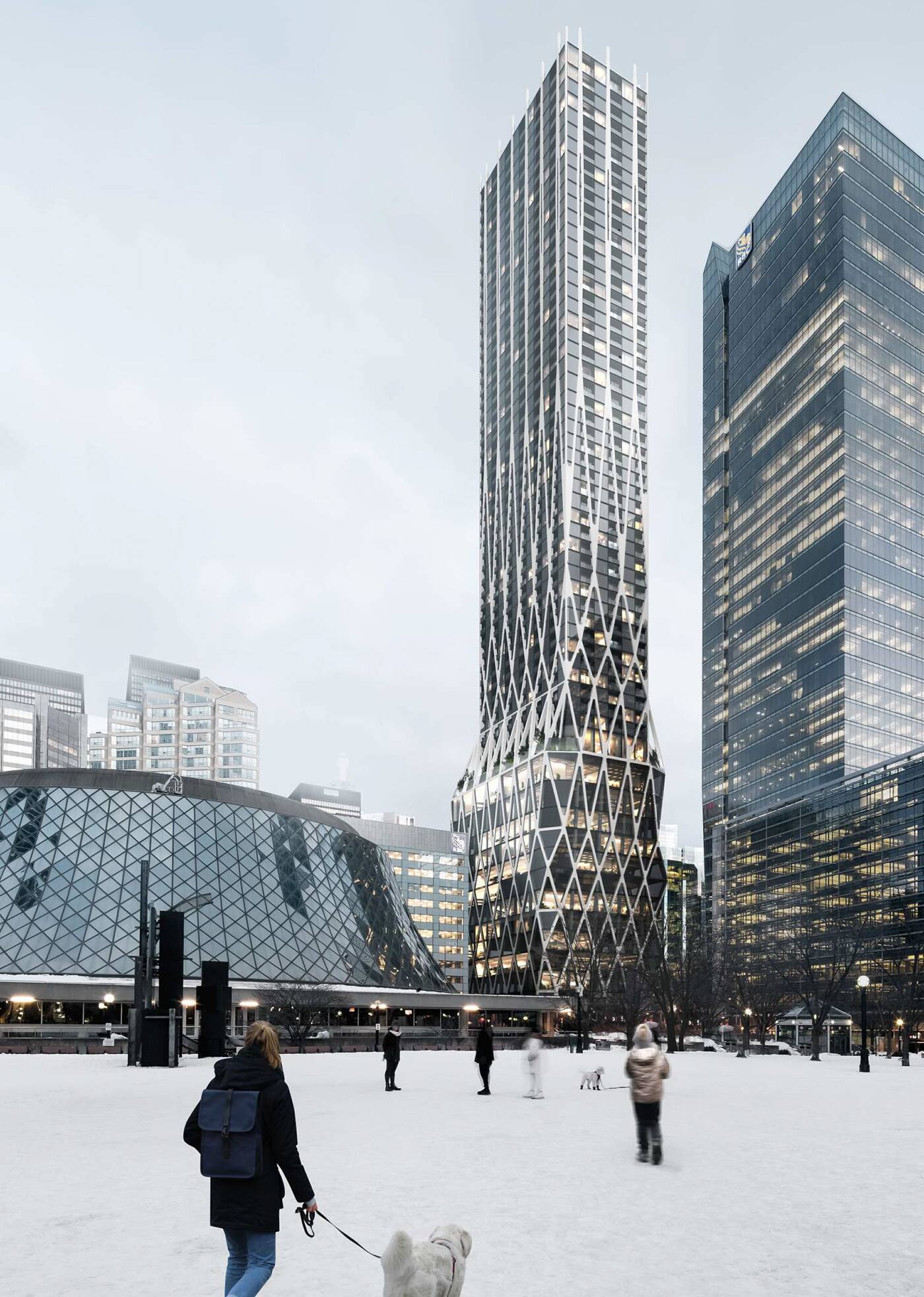 Offices will occupy the tower base with rental units piled high above.

Previous versions of the proposal were bordering on cool, but this latest design ups the game significantly, bringing something that could easily attain landmark status across from Roy Thomson Hall.

It's quite the departure from the early 2022 design predating Partisans' involvement, though it has many features in common once you peel back the diamond-patterned exterior.

As with previous versions, the 1987-built Postmodern-style commercial tower at 145 Wellington West would be torn down to make way for the new tower. In the current building's place, the tower is planned to rise just over 206 metres tall, slightly reduced from the early 2022 version's 213-metre height. 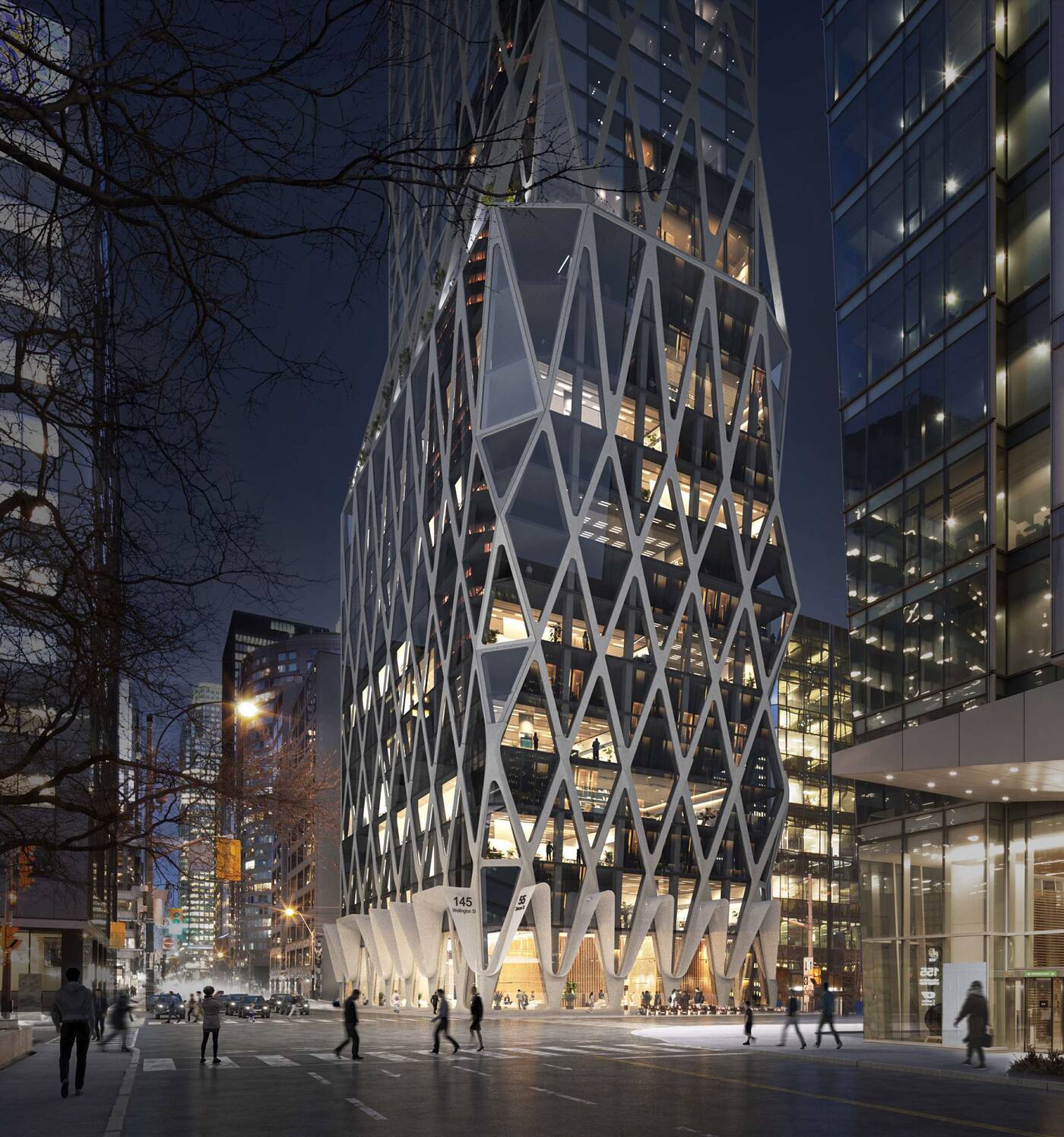 The tower's diagrid exterior plays off of the nearby Roy Thomson Hall.

The development replaces much of the existing building's commercial space with 13 levels of new offices within the base of the tower, and 47 levels of rental residential units piled high above.

A total of 512 units are proposed, representing a hefty increase from the 428 units that were planned within the previous version.

They may be rentals, but the units include some outrageous floorplans, including a pair of two-storey, three-bedroom loft units occupying the 59th and 60th floors that feature private rooftop terraces with panoramic city views.

The larger of this pair features a completely bananas floor area in excess of 2,200 square feet.