Mississauga's skyline is being totally transformed by new record-breaking towers

Downtown Mississauga's skyline is best known for the sculptural towers of the Absolute World complex, but that's quickly changing.

Known as the 'Marilyn Monroe' towers, these curvy condos have been the city's tallest buildings for over a decade, but a new landmark community known as M City is rapidly redefining the skyline of Canada's seventh-most-populous city.

This enormous complex under construction on a sprawling 15-acre site at Burnhamthorpe Road and Confederation Parkway isn't just breaking the record for Mississauga's tallest building.

It's going to break that record four times.

The 4.3 million ft², master-planned community's first two towers — known as M1 and M2 — are already well under construction, the pair of 60-storey, Core Architects-designed towers breaking ground in early 2018 and now making a prominent mark on the city skyline as they reach their final heights of almost 198 metres. 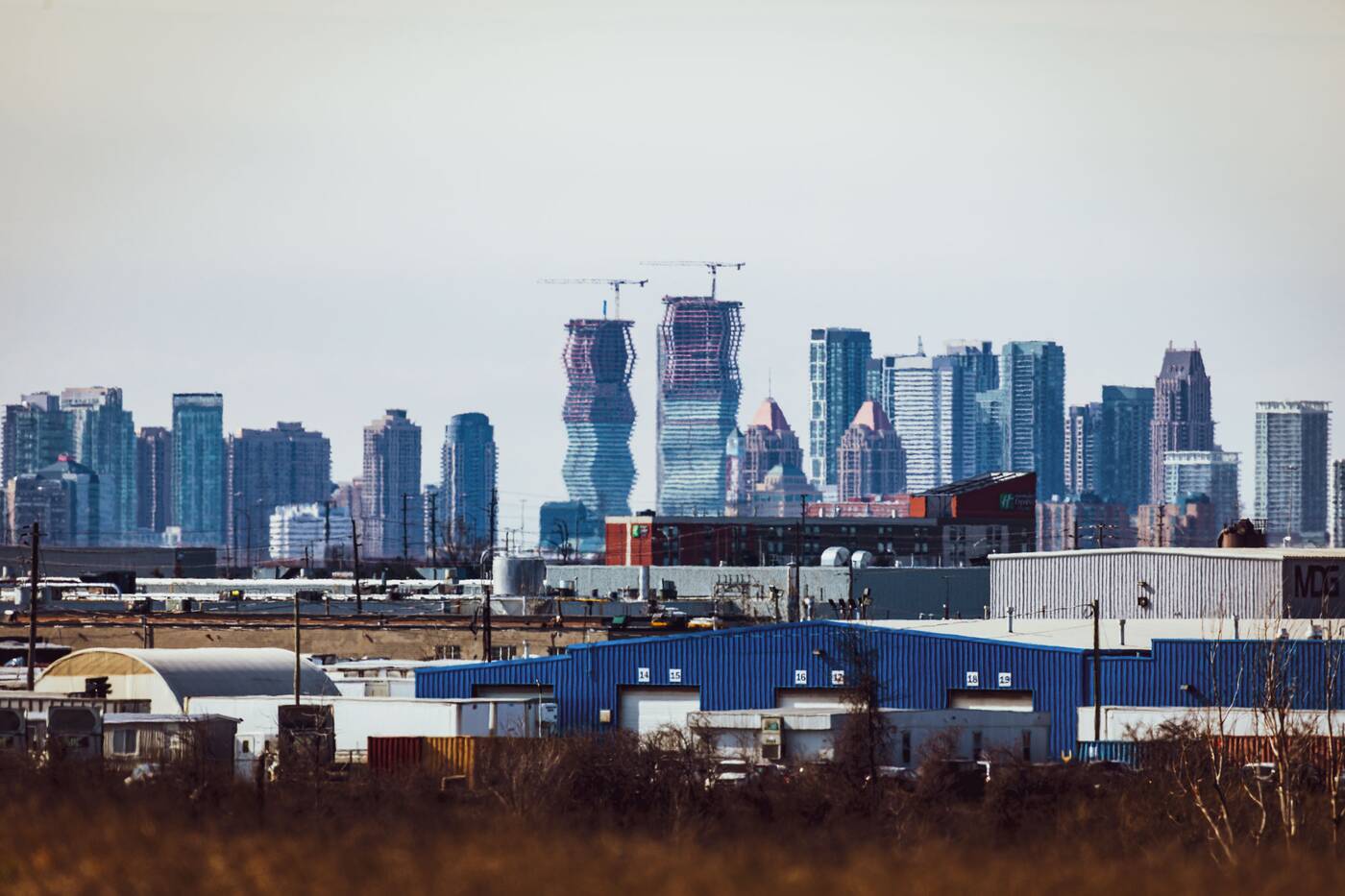 M1 and M2 are dominant fixtures on the Mississauga skyline in a view captured from the west end of Pearson Airport. Photo by Jack Landau.

Height dominance isn't all that these first two M City towers bring to the table, and like the Absolute World towers that set the previous height precedent, M1 and M2 feature a dazzling twisting shape that could be interpreted as an angular answer to the curvy Monroe towers. 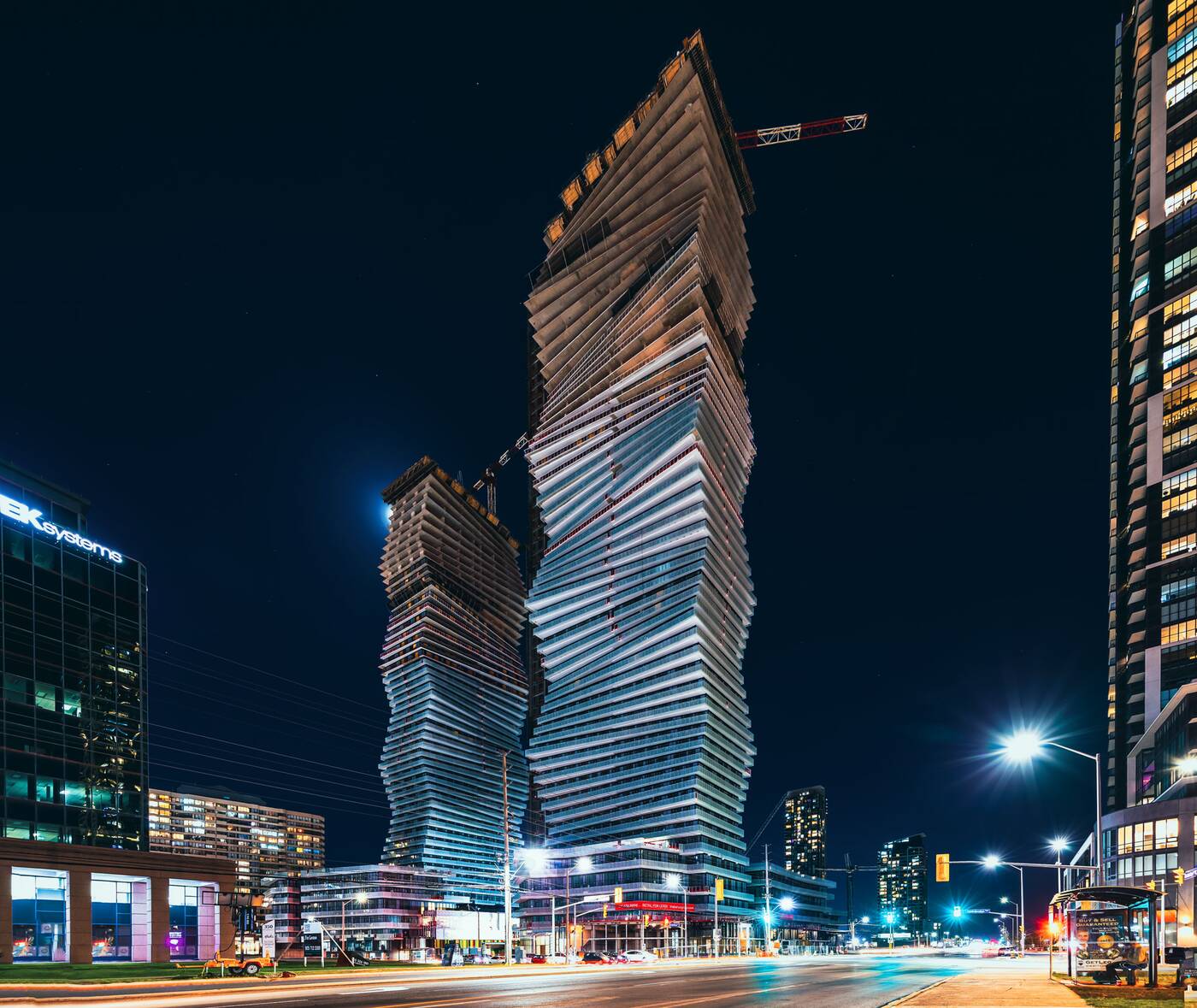 The twisting shape of M1 and M2 is being further defined by the installation of exterior finishes. Photo by Jack Landau.

But developers Rogers Real Estate Development and Urban Capital Property Group aren't satisfied with just breaking the record twice in M1 and M2. The complex is set to soon surpass its own achievement with the nearby M3 tower, which is already under construction.

Marketed as an 81-storey tower (even though it will technically have 77 habitable floors), M3 is set to reach a height of 260 metres with a standout design from architects IBI Group.

That's far taller than anything that exists in Mississauga and tall enough that it would rank fifth tallest by roof height in Toronto if completed in the 416 today.

Absolute World will be bumped further down the list of the 905's tallest buildings when the community's next phase, M4 at M City, rises into the mix. 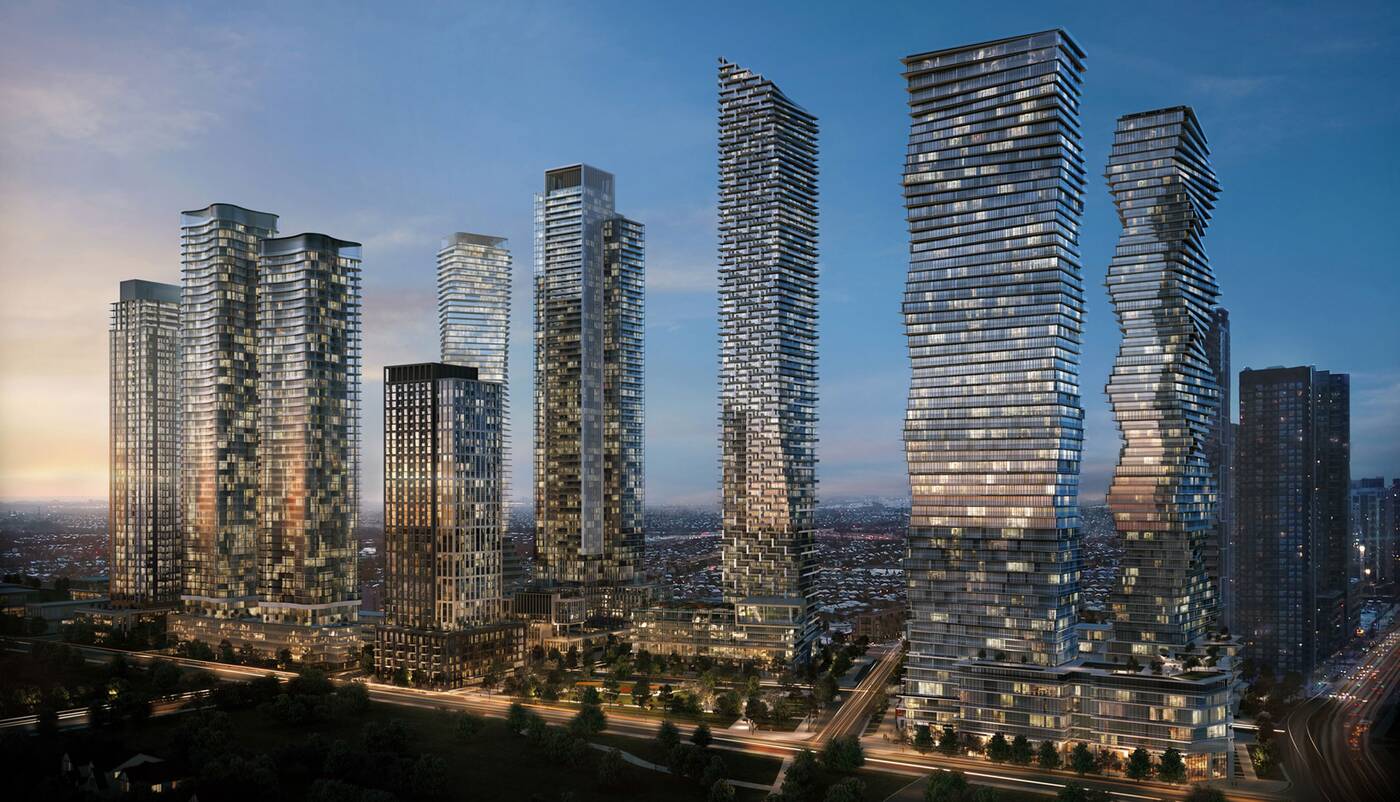 From right to left, M1, M2, M3, and M4 can be seen with future phases of the complex. Rendering via Rogers Real Estate Development and Urban Capital Property Group.

It will be even taller than the M1 and M2 towers now asserting their skyline dominance, but will still fall short of the sky-scraping M3 that is now gearing to rise into the skyline.

With all of this vertical growth and many other bold, large-scale redevelopments on the way, Mississauga is set to boast a very different-looking skyline in the years to come.