The developers of Mississauga's M City condos are promoting the massive new tower as one of the most technologically advanced buildings in Canada.

It's also boasting amenities to soothe the stress of a busy lifestyle.

The latest building in the M City, a master-planned community is a 67-storey tower called M4.

The development, from Rogers Real Estate Development and Urban Capital, launched in 2016 on a 15-acre property at Burnhamthorpe Road and Confederation Parkway. 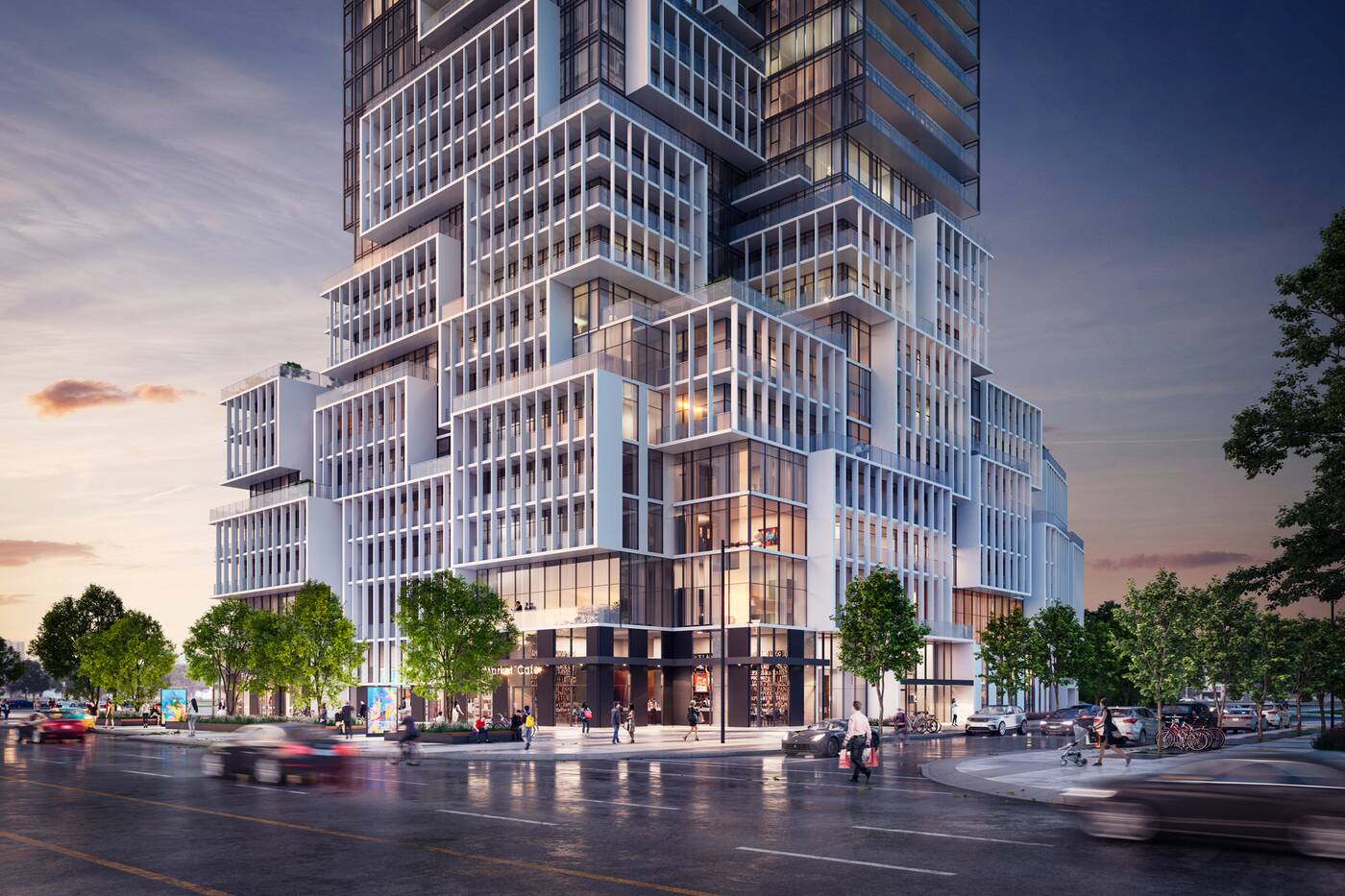 The M4 condo in the M City development in Mississauga has just been launched.

But instead of antennas, M City is expected to add 6,000 residential units to Mississauga's downtown as well as commercial space. M4 is the fourth of the eight towers planned for M City.

The first phases of the project, M1 and M2, are well underway, and the M3, Mississauga's tallest condo, broke ground in the fall of 2020. 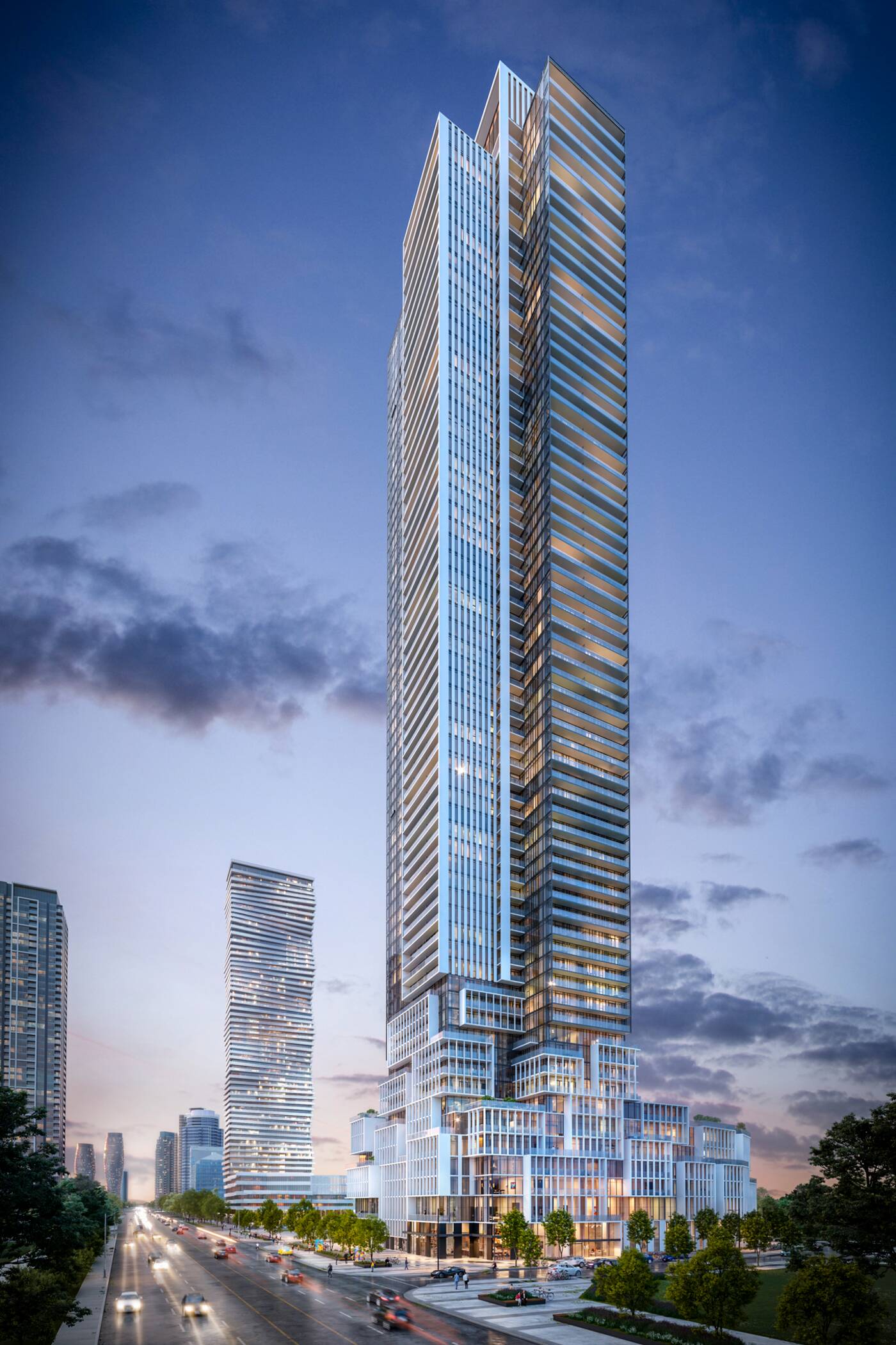 M4 will be a 67-storey building with four "towerettes".

M4 will have a Rogers wireless cellular network throughout the building including "dark spots" such as inside an elevator or in the basement garage. So you can work in every corner of the building, including in your car in the underground parking lot.

There will also "an advanced fibre-powered network" with wi-fi coverage in units and throughout the amenity spaces. The suites will be equipped with Rogers internet with high-speed downloads of up to 1.5 gigabits per second. 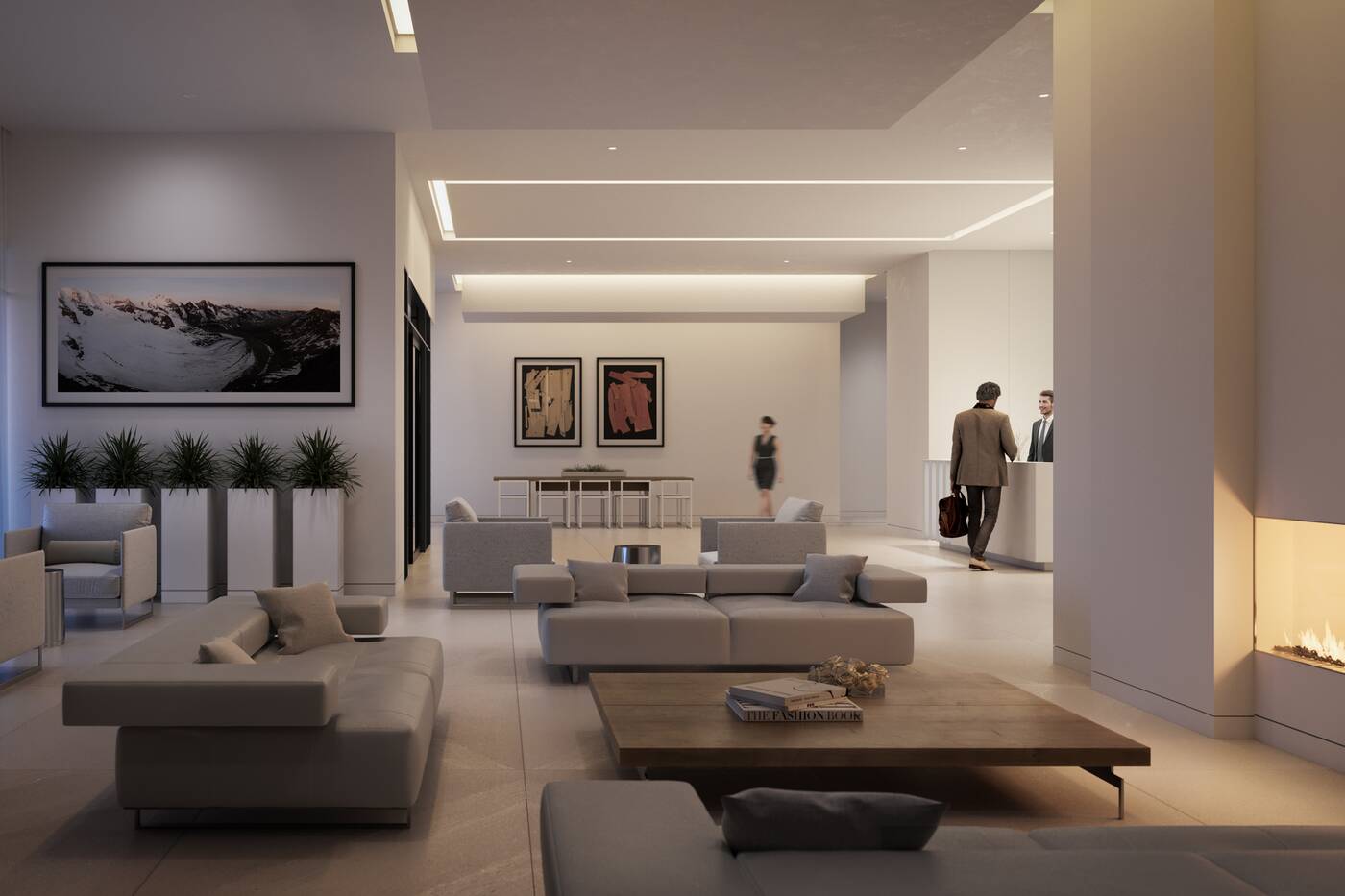 M4 claims there will be cell service even in the parts of the building phones usually cut out.

As with all the M City developments, M4 residents will have the Rogers Smart Community 1VALET app, "a smartphone-centric living experience" which includes facial recognition entry, digital keys, remote guest access and a smart thermostat included in every suite.

The design of the building comes from CORE Architects and is a single tower made up of four "towerettes" with vertical fins that rise out of the podium and terminate at different heights in the sky. 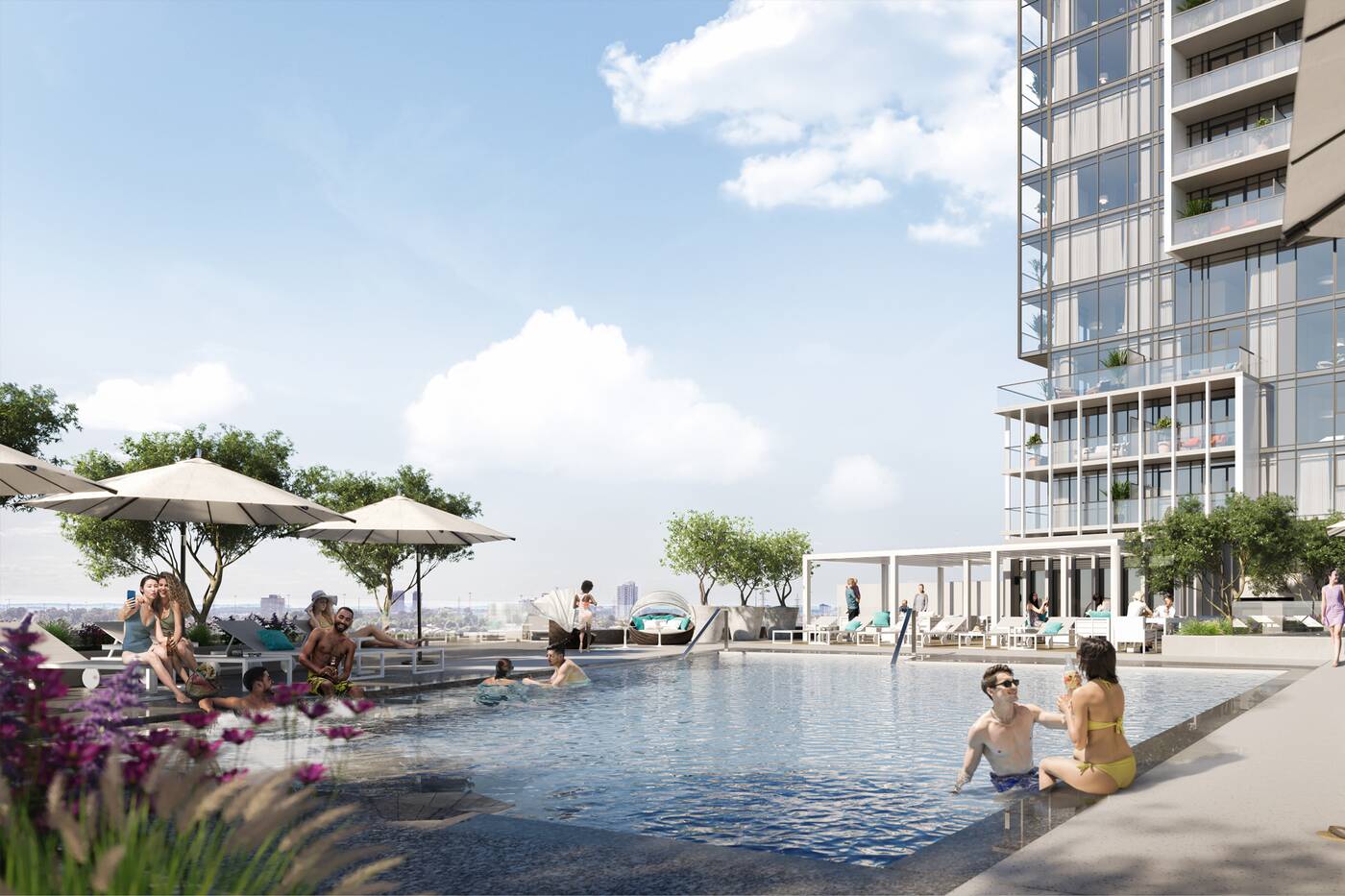 The M4 condo comes with an outdoor salt-water pool.

It is designed to resemble an "S" when viewed from a bird's eye perspective. With four towerettes, there will six corner-unit floor plans in this building.

If all the technology is stressing you out, the amenities in this building include a zen-inspired nakaniwa or courtyard garden, open-air saltwater pool, sprawling outdoor amenity terrace, communal workspace, fitness centre, playroom, and a dual-purpose party room and co-working space.

Designed by Toronto-based Cecconi Simone who also did the suite interiors, the amenities are spread across three floors in the interior and exterior of the building. 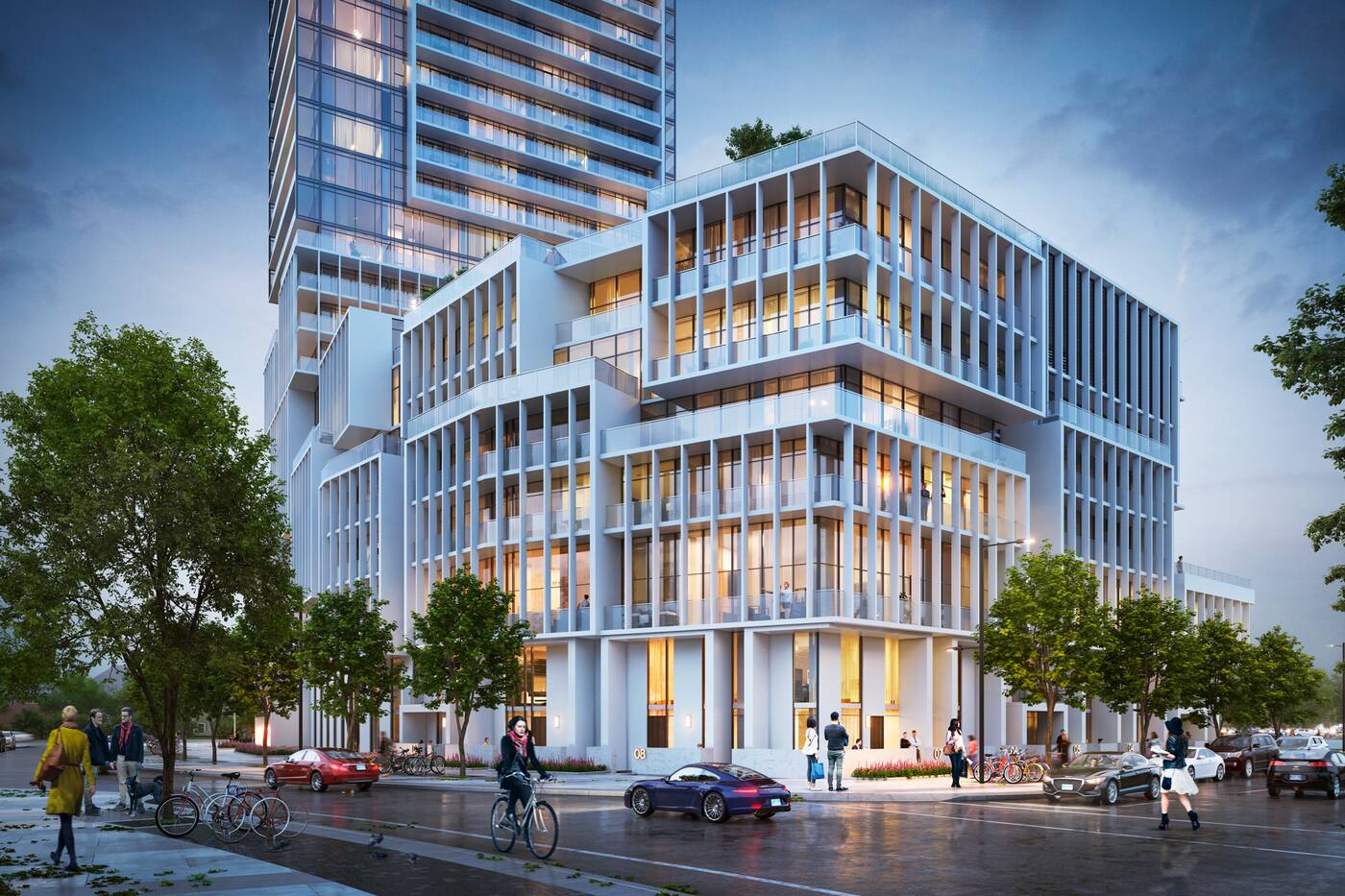 The nakaniwa garden is a courtyard defined by a rock sculpture garden atop a water plinth. Visible from the adjacent fitness centre, the garden will be accessed from the party room, yoga room and a curved staircase that connects to the outdoor amenity terrace above.

The starting price for a unit in the M4 is in the low $400,000 range. The first expected occupancy is anticipated for January 2027 but you can register for a unit now if you like.