A block of Eastern Avenue in Toronto's Leslieville neighbourhood could see some big changes coming soon, with a mid-rise proposal opening up the doors for a potential boost in density along a stretch east of Leslie Street.

Back in 2021, developer TAS proposed a redevelopment at the northwest corner of Eastern and Knox avenues, including a mechanic and auto body workshop at 880 Eastern Avenue and a warehouse used for newspaper and magazine printing at 888 Eastern Avenue and 80 Knox Avenue.

This proposed 12-storey rental building was resubmitted with city planners this spring, coming with a fresh new design from architects SvN that promises to shake up the look of the neighbourhood. 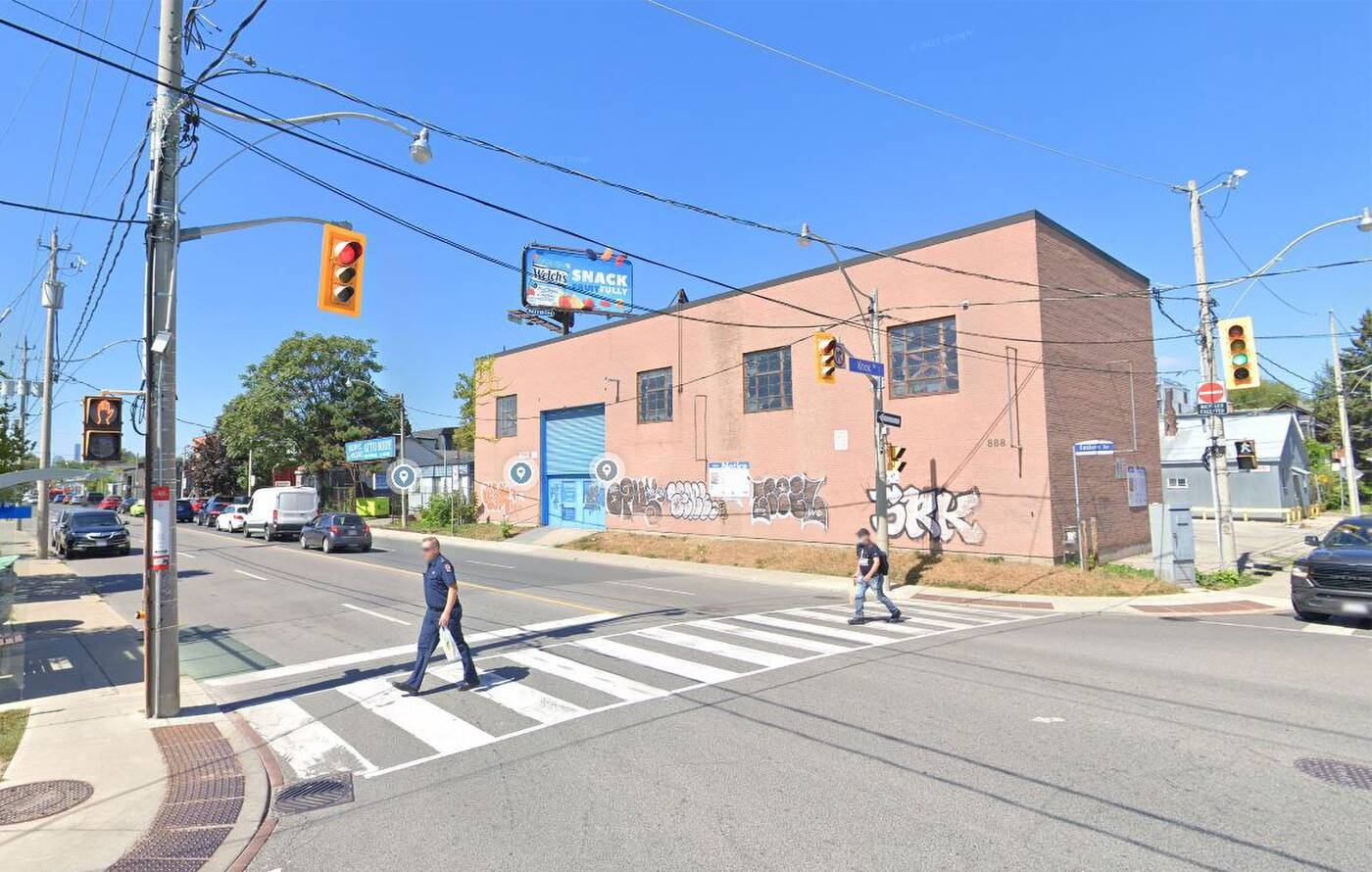 Looking northwest to the existing buildings on site. Image via Google Maps.

The design may have changed since initially proposed, but in terms of planning, the project hasn't changed a whole lot. Its planned height of just over 46 metres, a minor reduction to the 2021 plan, while other elements of the building have been refined to address the concerns of city staff.

Approximately 13,686 square metres of space is proposed, the majority dedicated to residential units.

The plan proposes 167 new rental homes, planned as a mix of apartments, townhouses, and live-work apartments. This includes a breakdown of 102 one-bedrooms, 50 two-bedrooms, and 15 three-bedroom units.

The remaining 268 square metres of space is planned as ground-floor retail, something this stretch of Eastern Avenue is lacking.

On top of creating new rental housing, TAS states that they are targeting net-zero carbon with this building, a website for the project touting the use of "sustainable building materials such as low carbon concrete and incorporating best practices to reduce heat loss, improve energy efficiency and increase air quality." 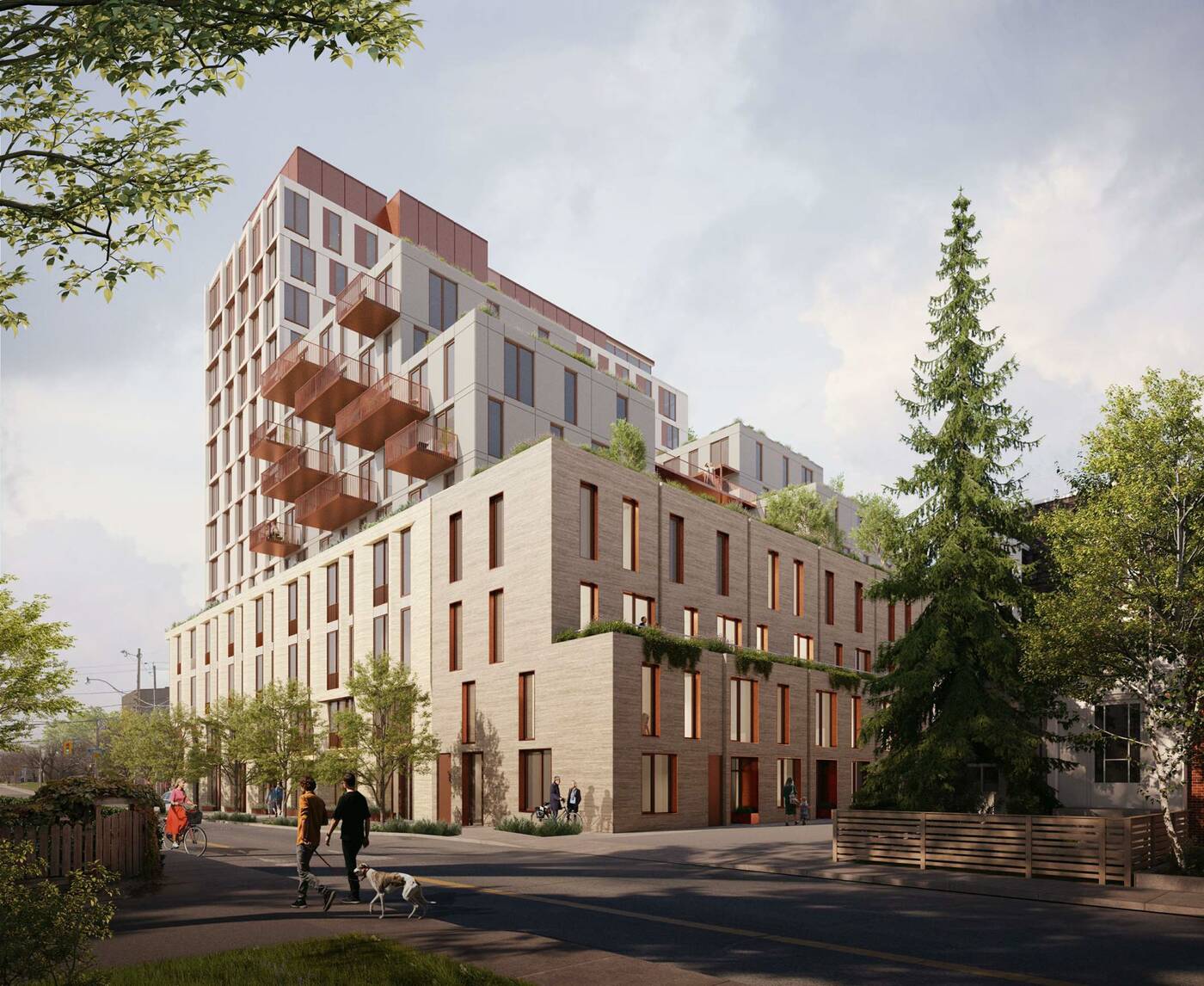 And the implications for the blocks to the east and west are huge, as development applications can have something of a domino effect in Toronto, setting precedents for future projects of similar sizes.

If approved, this project could prove to be a massive game-changer for this portion of Eastern Avenue, where densities are low and land values are high.