Black Lab Brewing is a mecca for brew lovers and dog owners alike.

Joining the burgeoning number of tap rooms in Toronto's east side, this 3,600-square-foot tap room is a dog-friendly space where humans can gather over IPAs, sours, and pale ales with their puppers in tow. 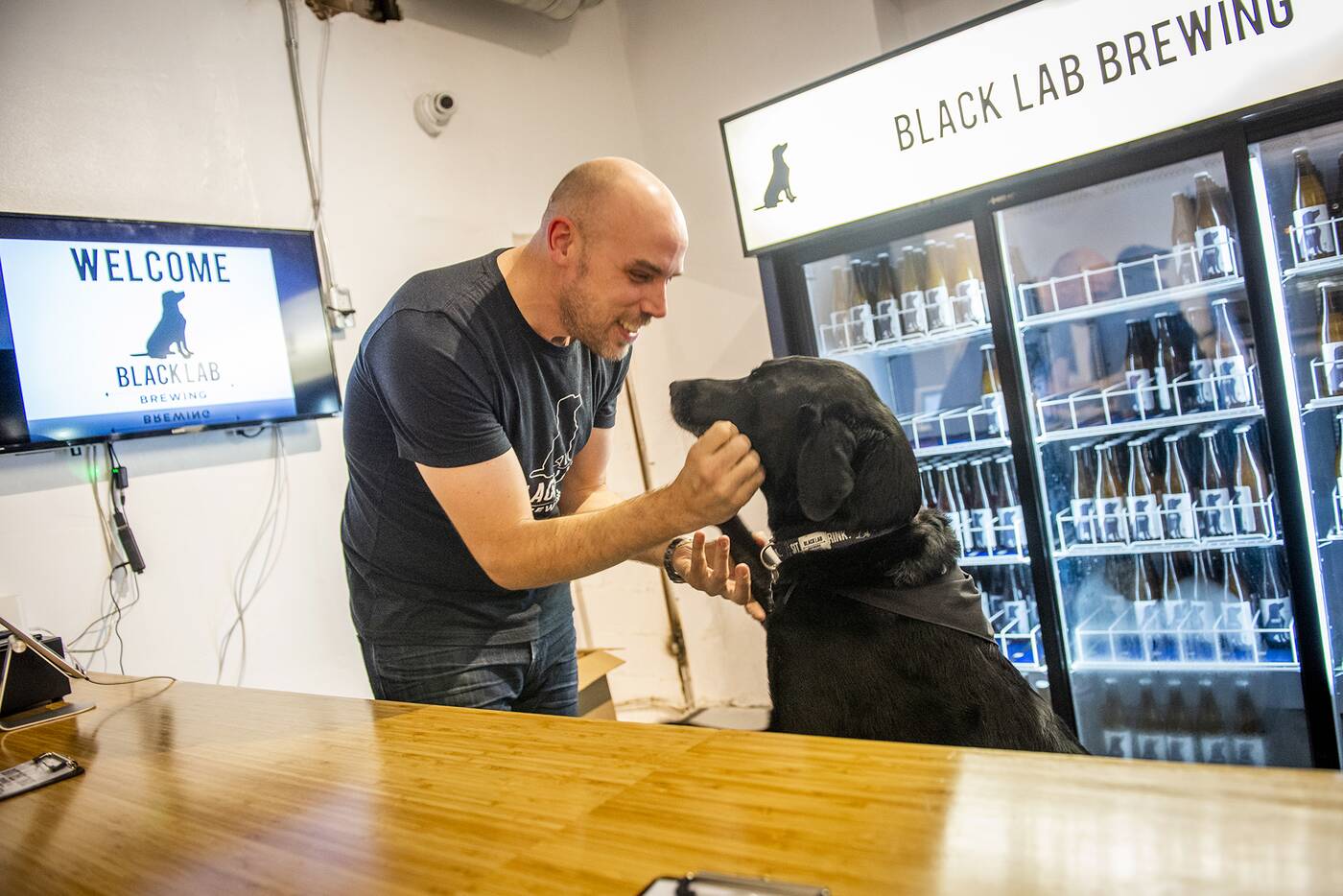 The brewery is named in honour of—surprise—Snoopy, the Maddens' nine-year-old black lab. Essentially the brand's mascot, this good boy will likely be the one greeting you at the bottle shop counter when you first enter the place. 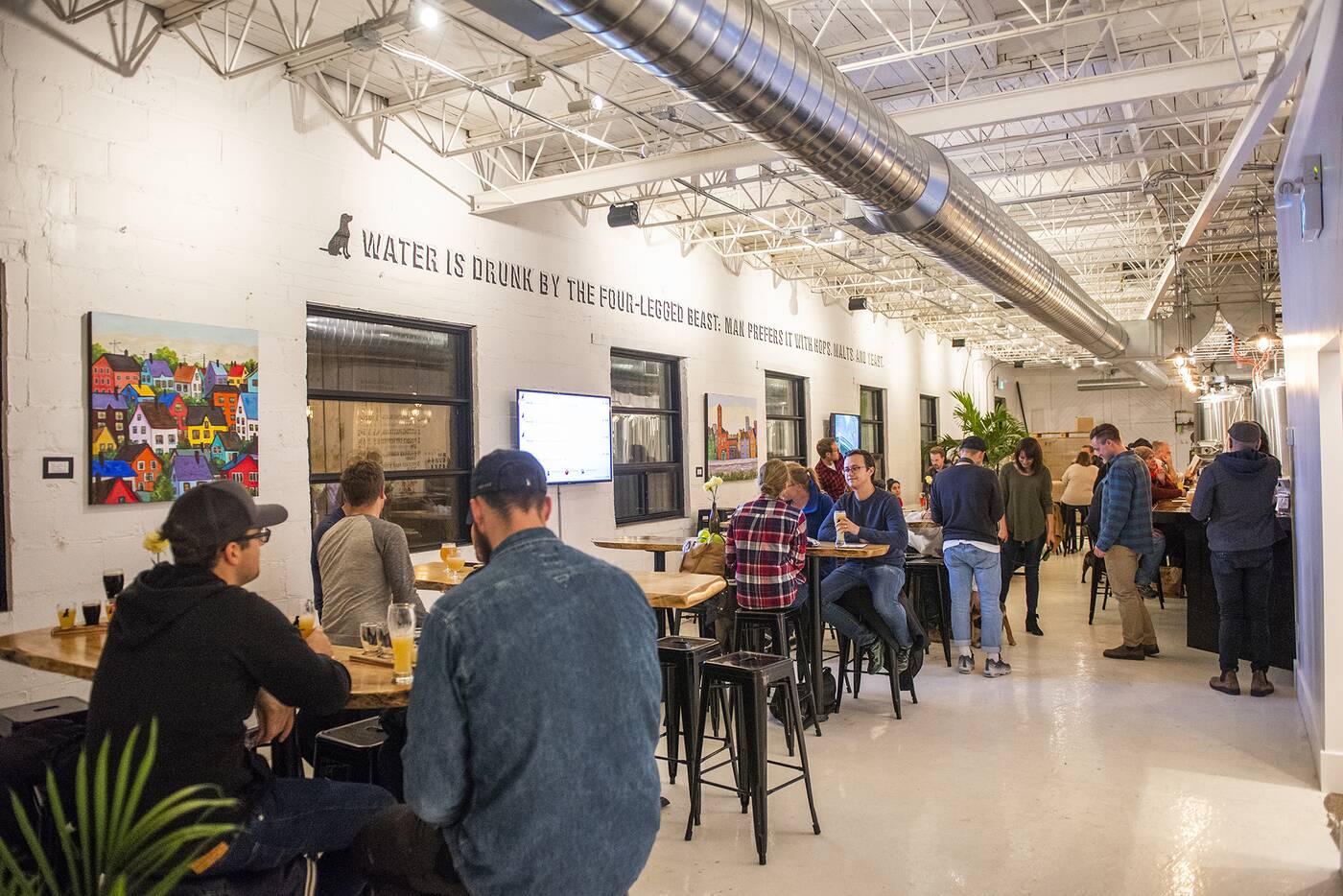 Formerly an old iron and woodworking warehouse, husband-and-wife duo Billy and Anne Madden have transformed this old two-storey building built in the 1940s into a relaxed hangout. 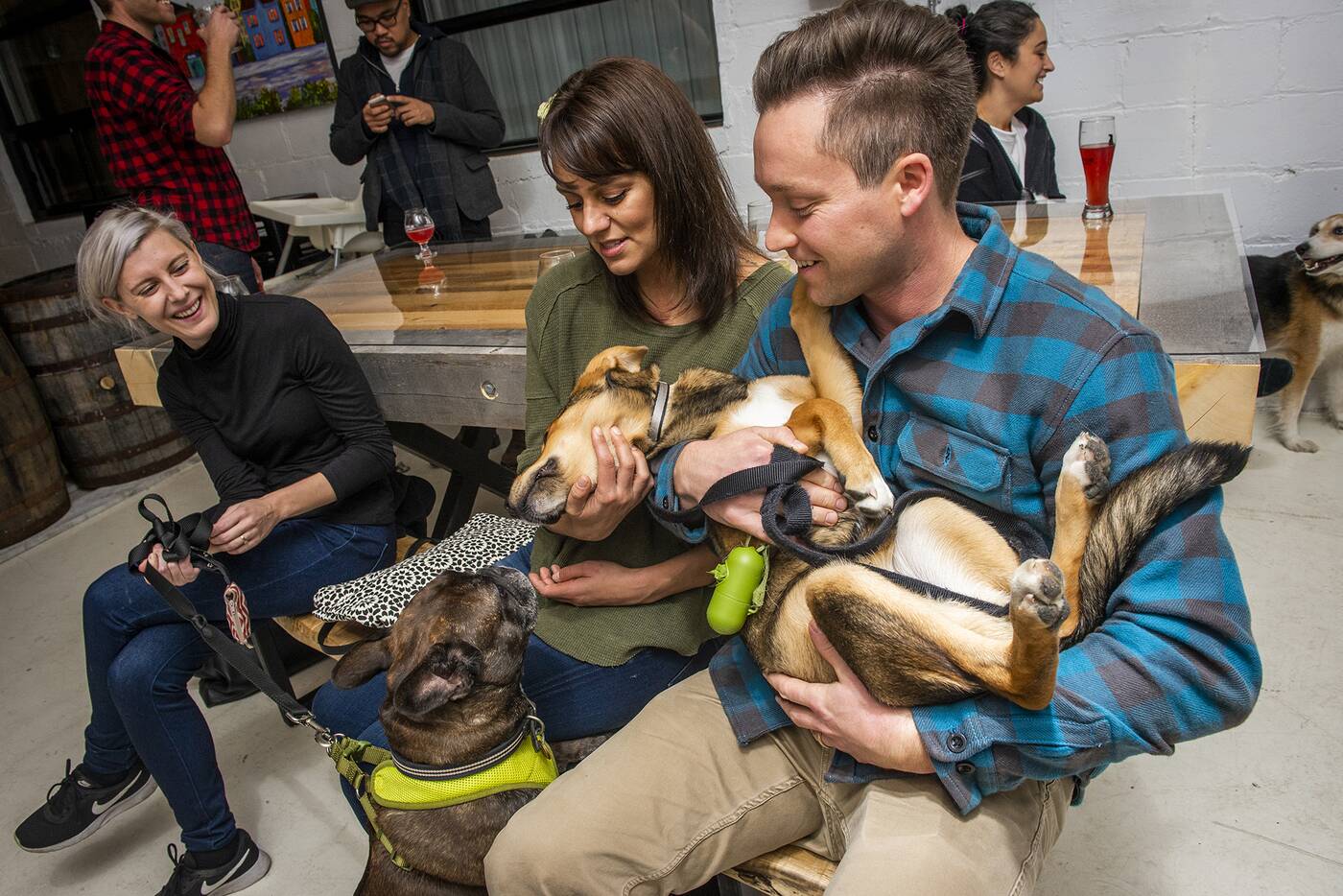 Consisting of mostly live-edge tables, some benches, a harvest table, and a few bourbon barrels acting as beer stands, the brewery is incredibly simple. Who needs frills when you have doggos? 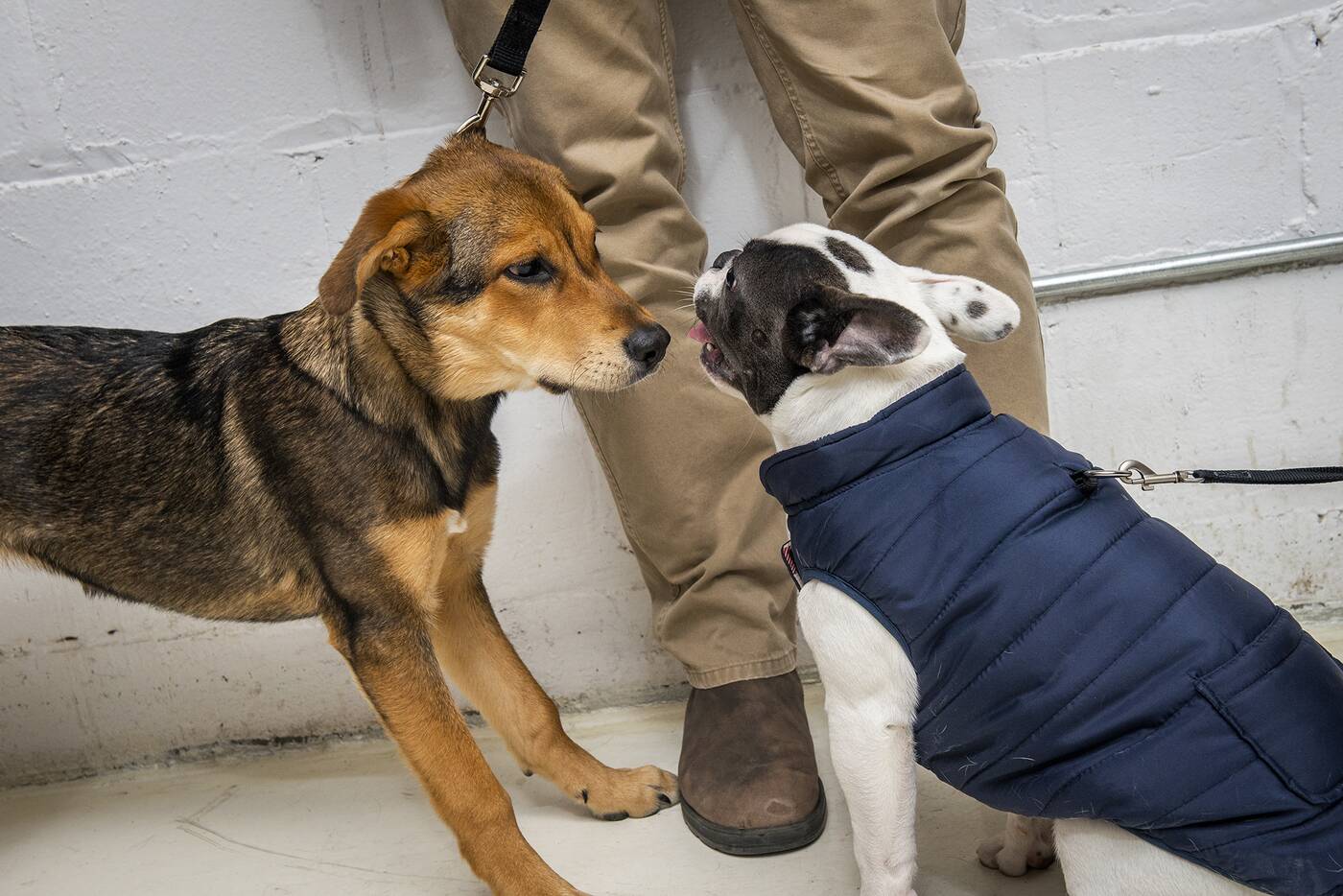 There are, however, a few rules when it comes to these four-legged guests. Dogs must be on a leash at all times (though they're free to wander around), and the production area past the 27-foot-long ghost wood bar is off limits for canines. 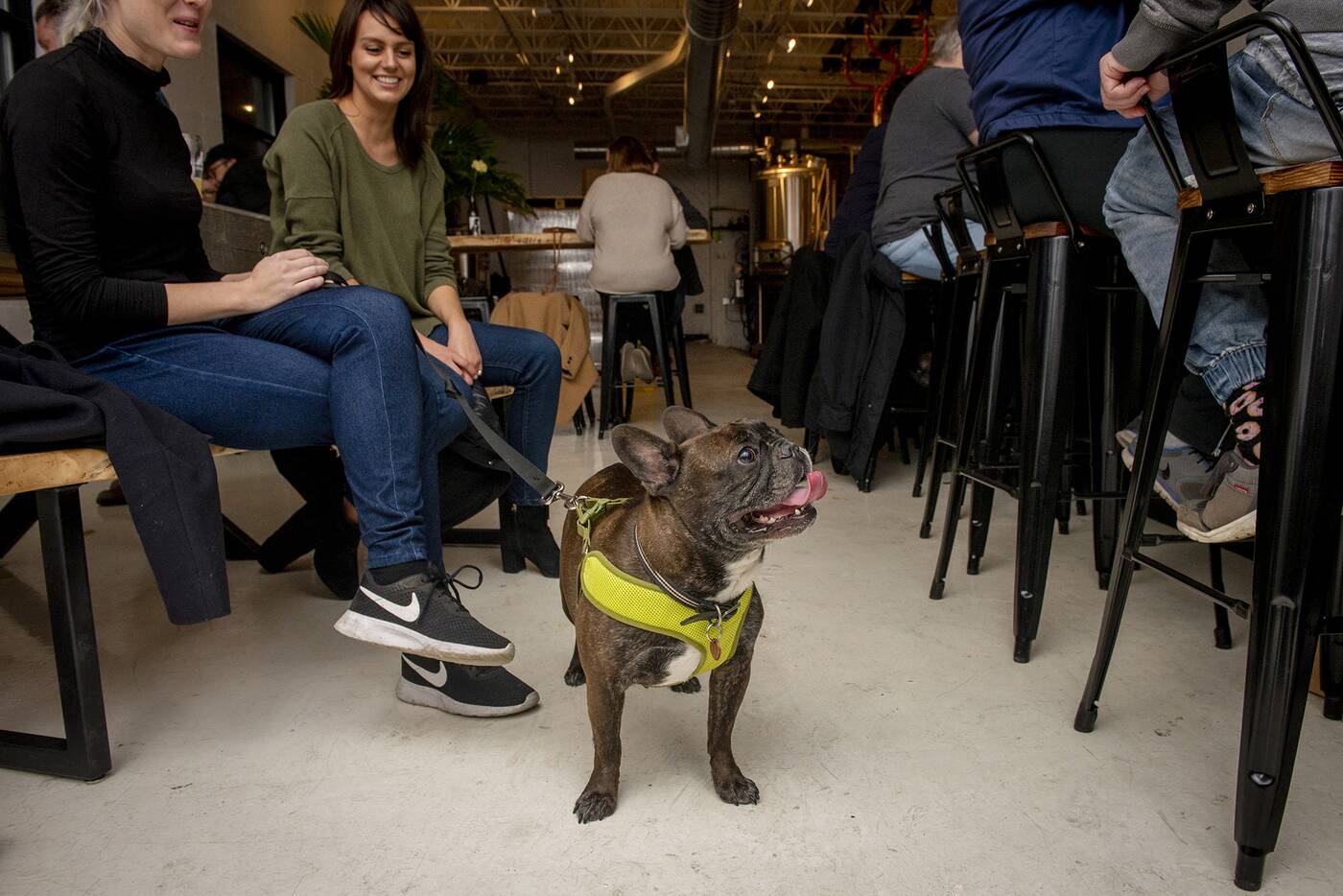 There's also no food served here—hence why dogs are allowed at all—but you're welcome to bring your own. 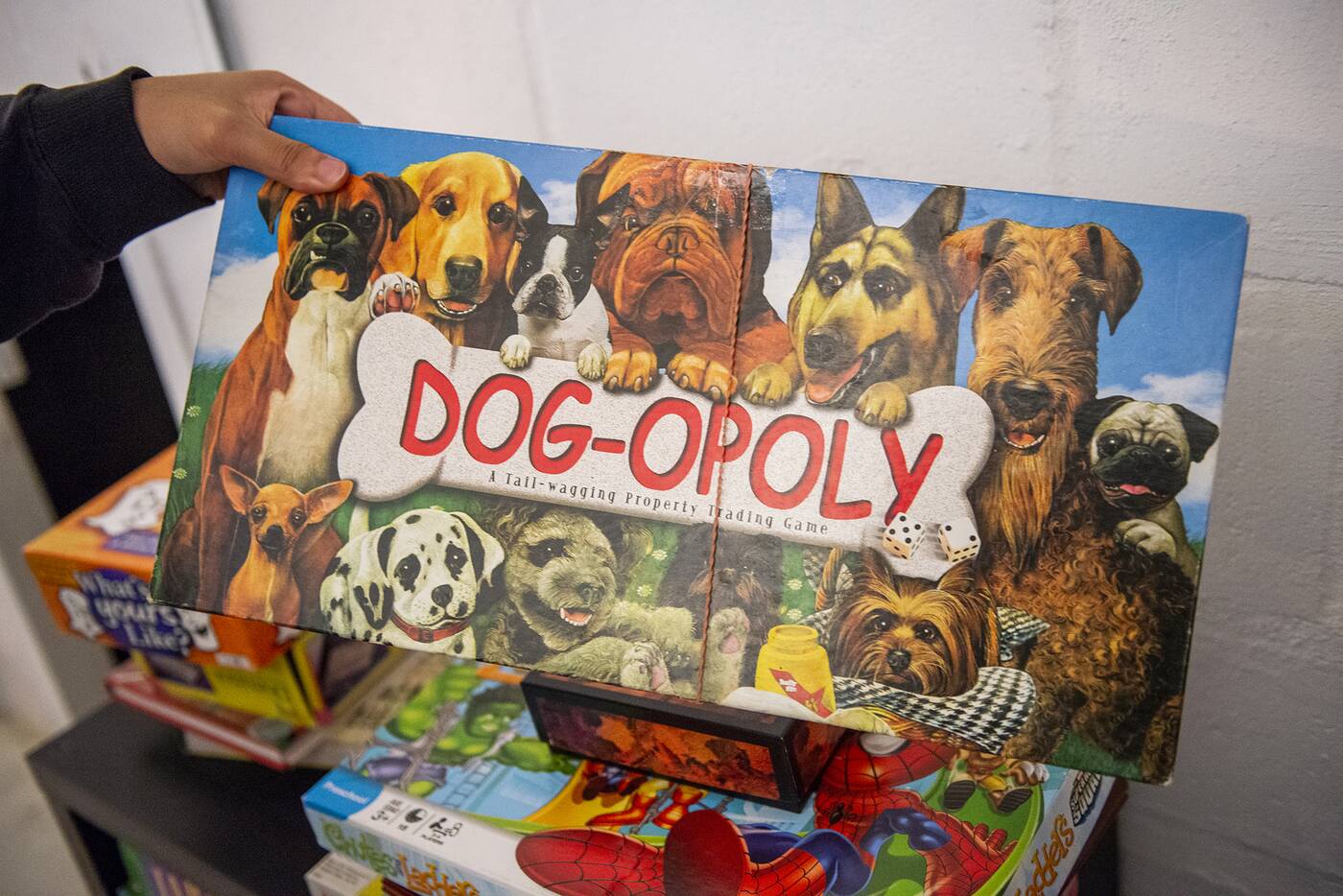 Overall, the space is casual, and basically the best place ever. Here, dogs and humans alike can mingle over drinks (there's a water bowl for pets in the corner), watch the game off the TV, or even play board games. 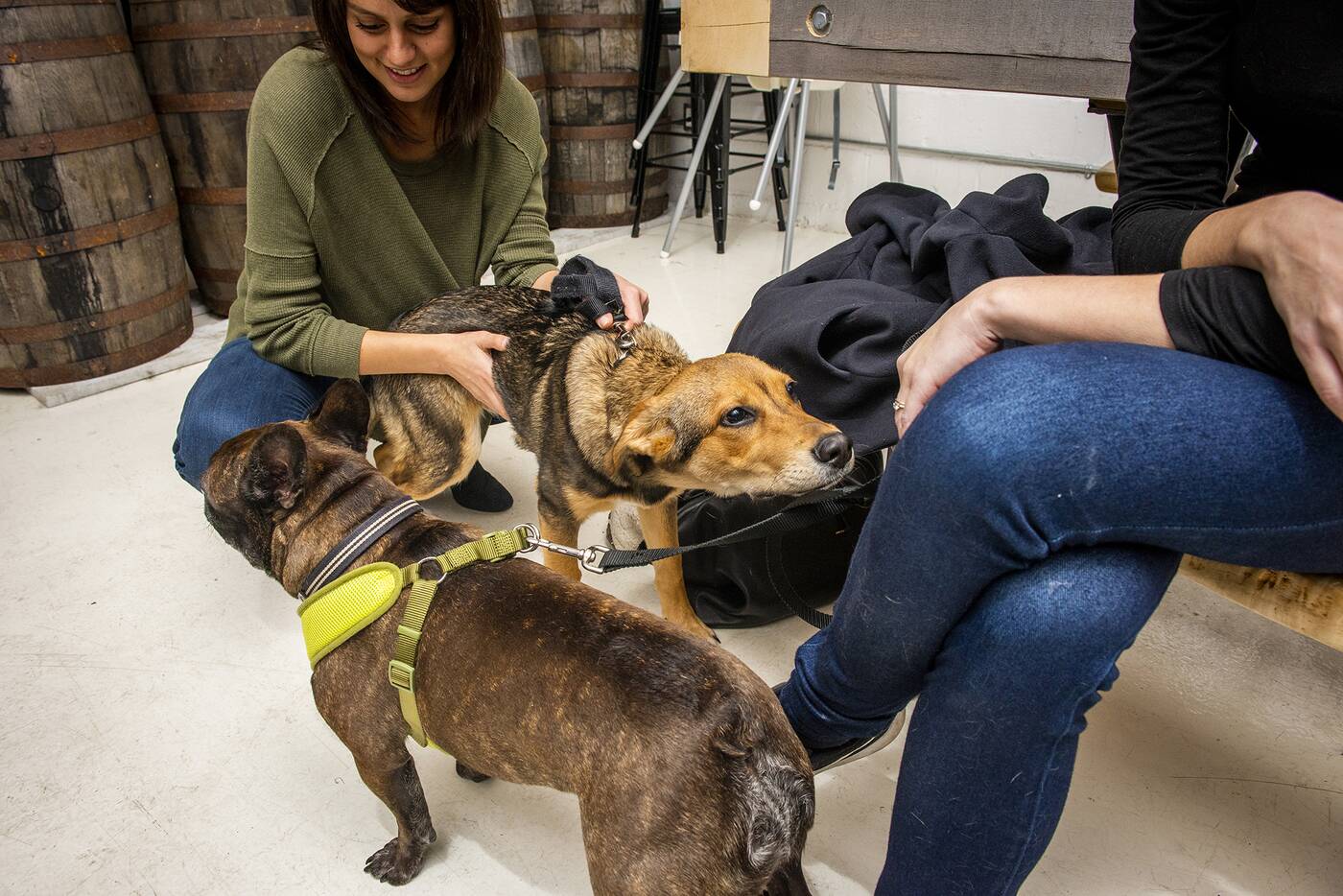 Expect to hear a lot of "What kind of dog is she?" and "good boy" being thrown around, and a few barks here and there. 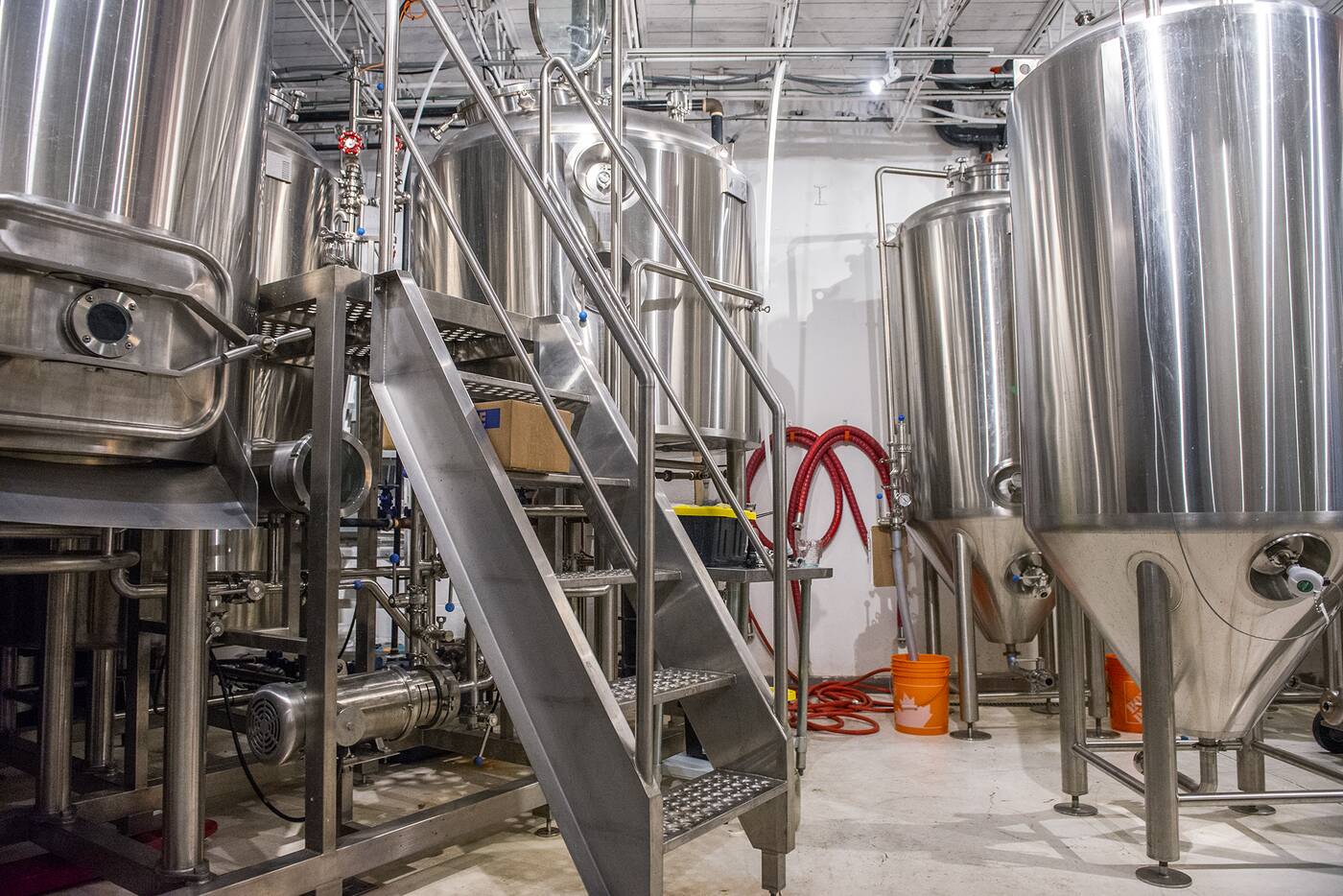 The second floor is mostly off-limits except for a 20-person private room for events. By next summer there'll also be a 600-square-foot rooftop patio. 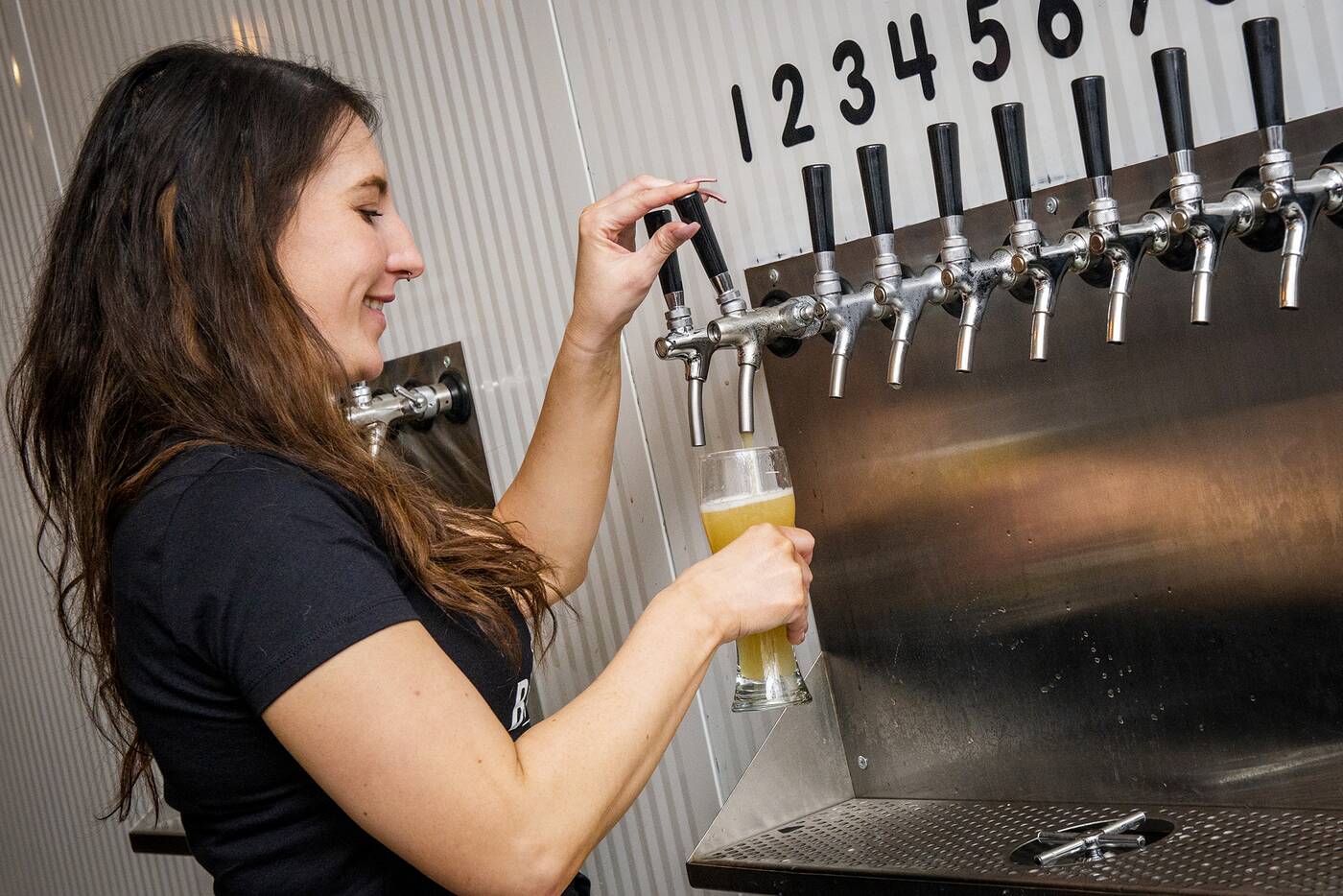 Right now, there's only four beers on the 18-tap bar (they have two taps dedicated to kombucha) though the Maddens and brewmaster Connor Deuchars hope to eventually fill up the rest with more sours, IPAs and Belgian-style beers. 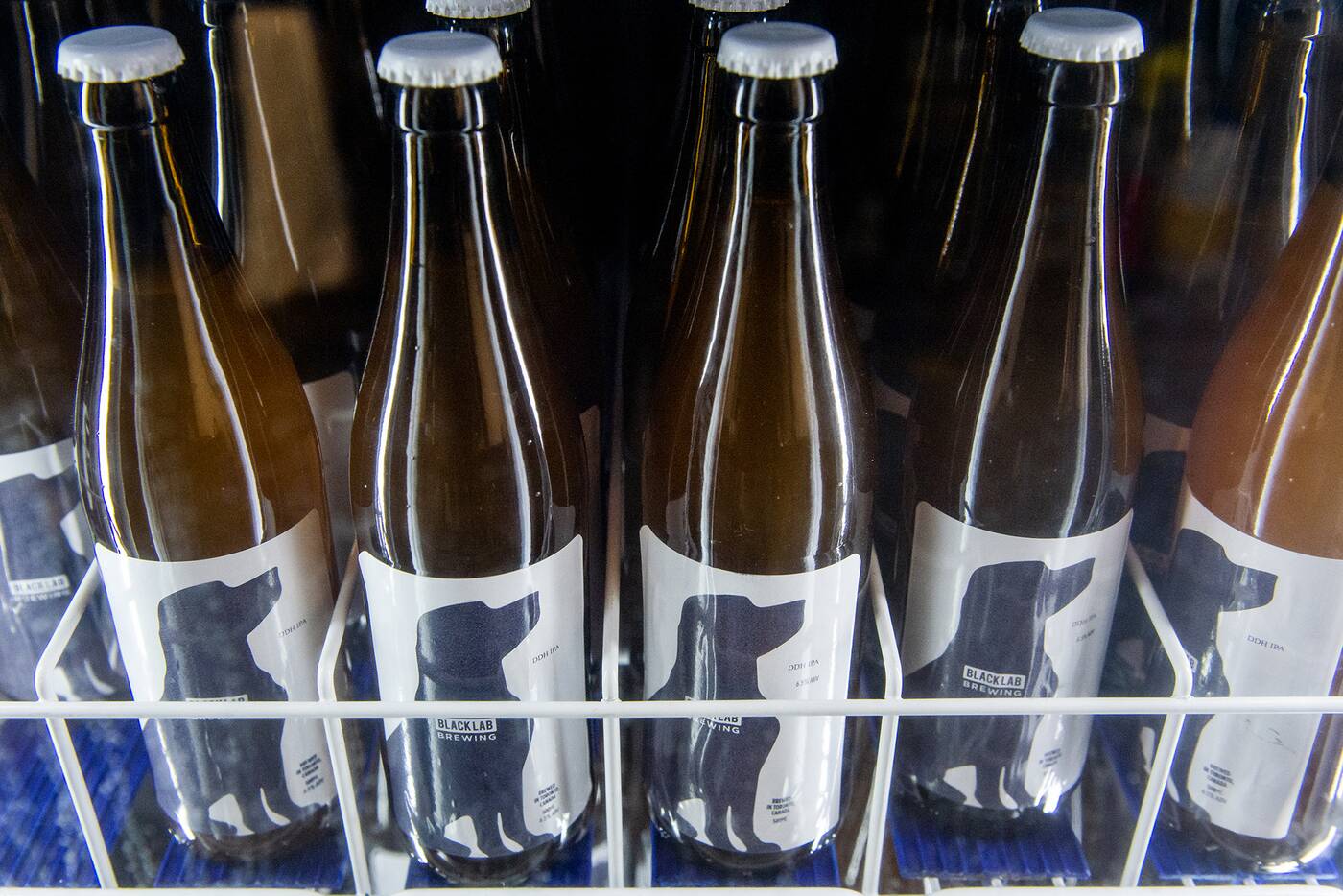 There's also the possibility of a non-alcoholic beer for dogs (think usual bear ingredients like malt, barley and yeast but with something like chicken stock). But that's still in the works. 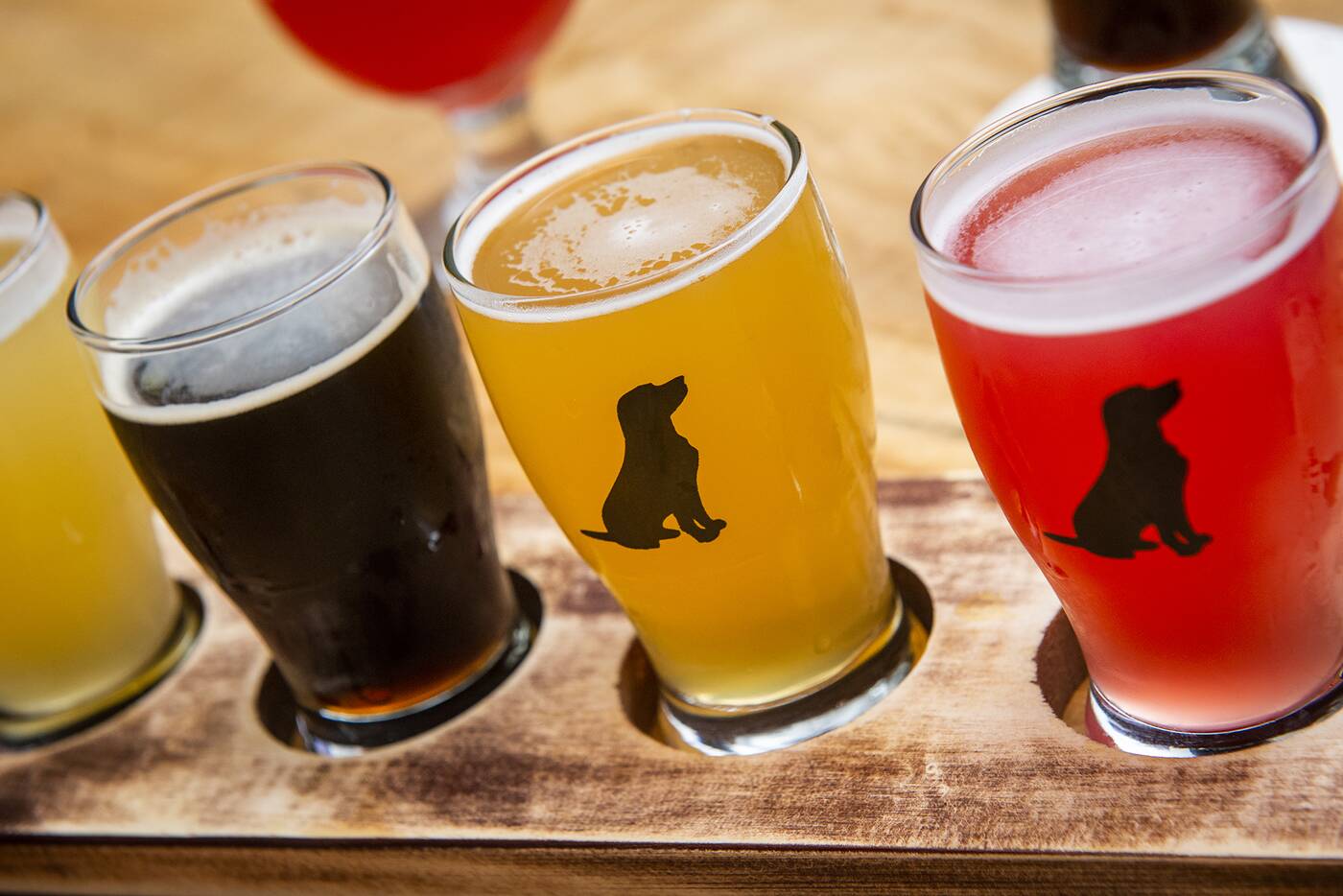 There's no sense of an overdone beer here: all the flavours are light and incredibly drinkable. I recommend grabbing a flight ($12) to try all four. 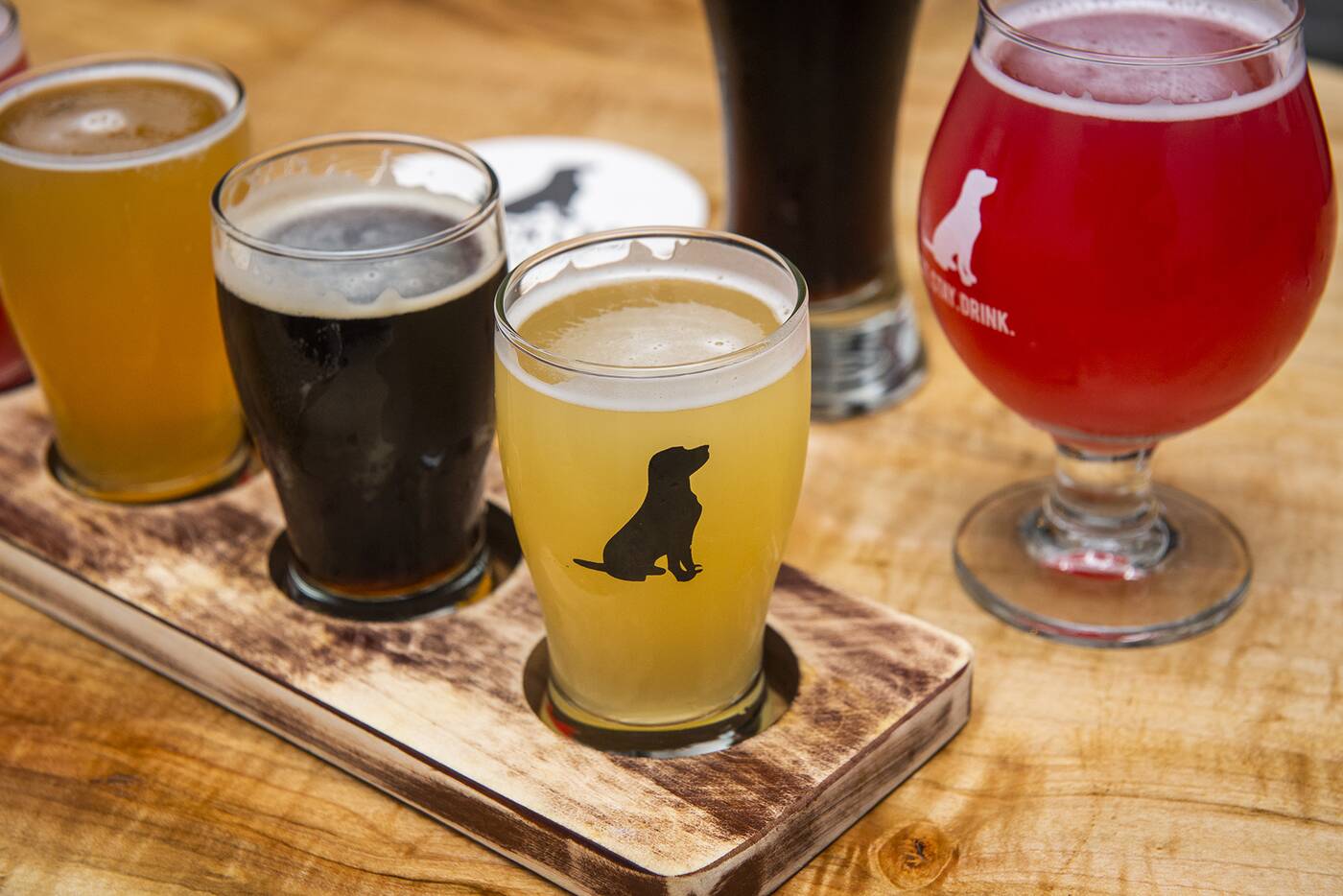 The Sitting Pretty American pale ale ($5.50/pint) is phenomenal and is an easy favourite, with rye, moasic, citra, and denali hops. 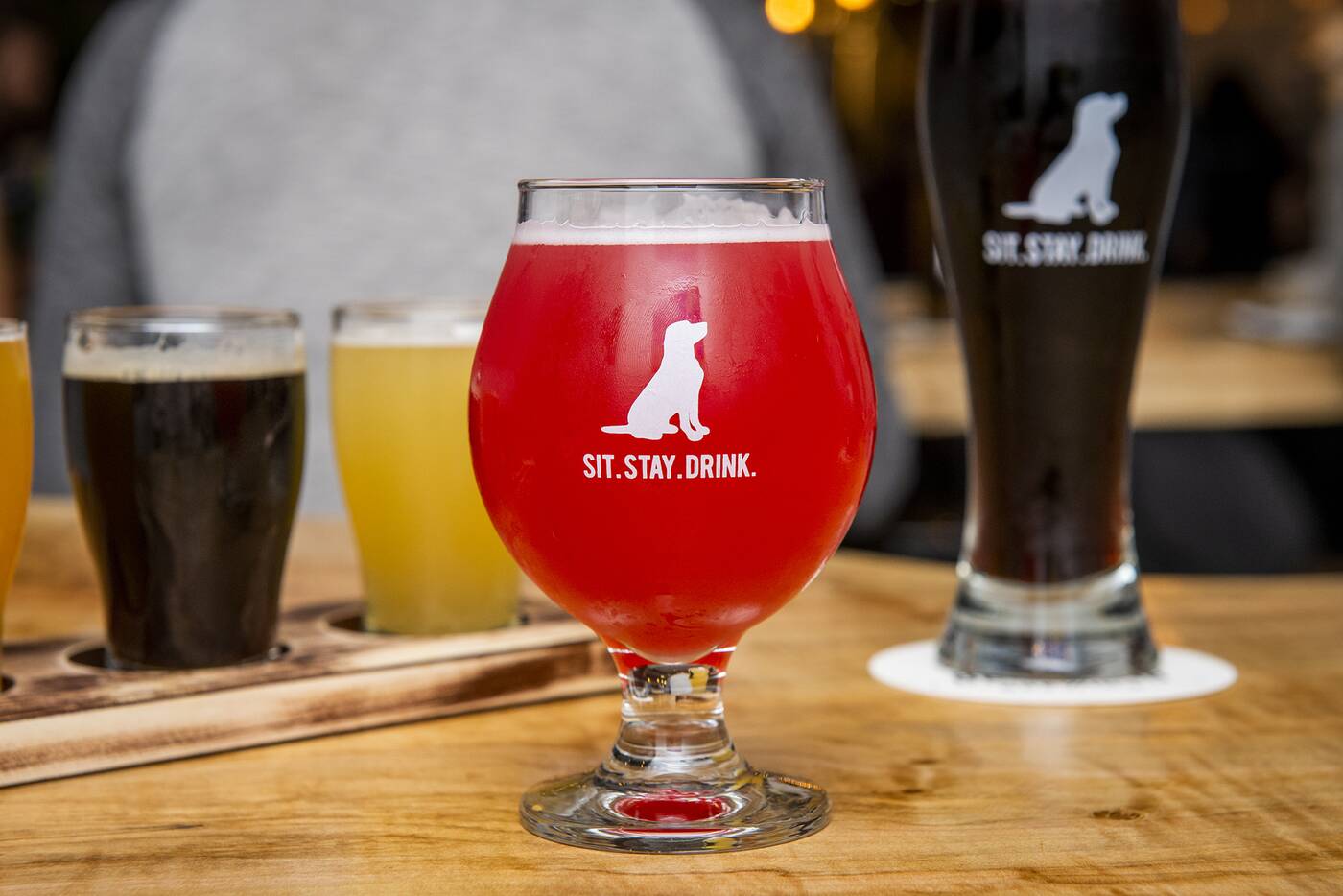 The prickly pear kennel sour ($6.50/pint) is a bright drink that's an interesting find for fans of sour. 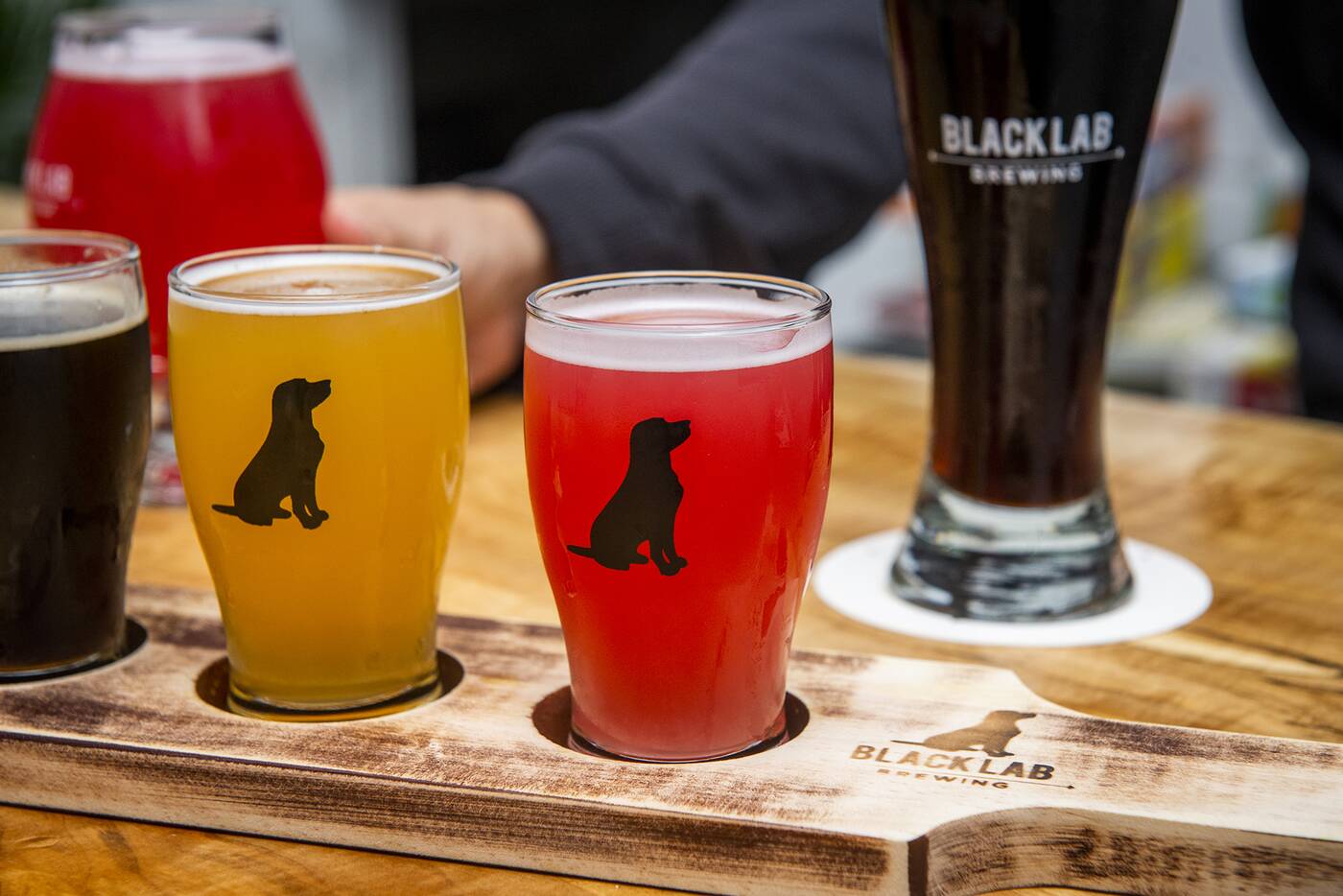 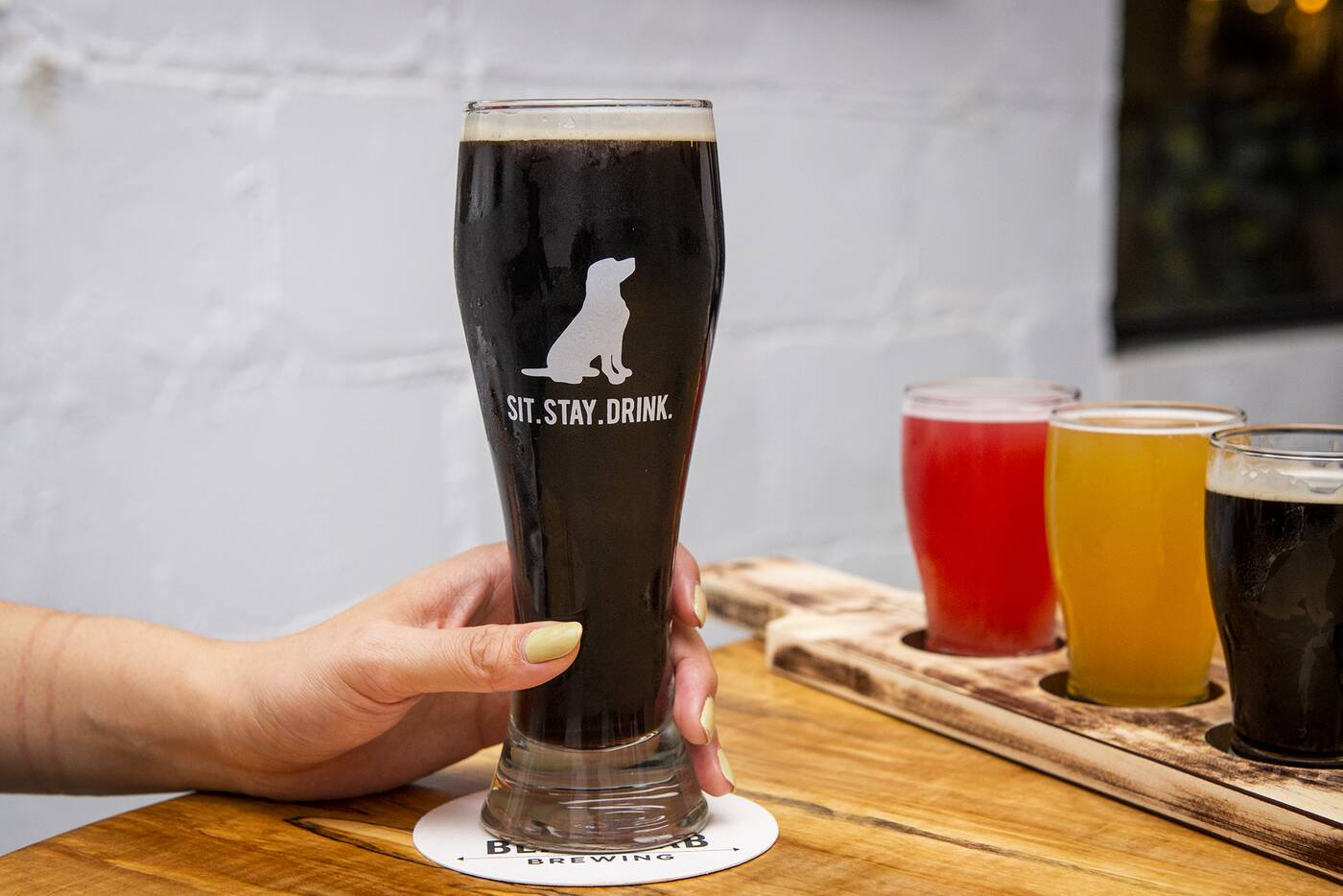 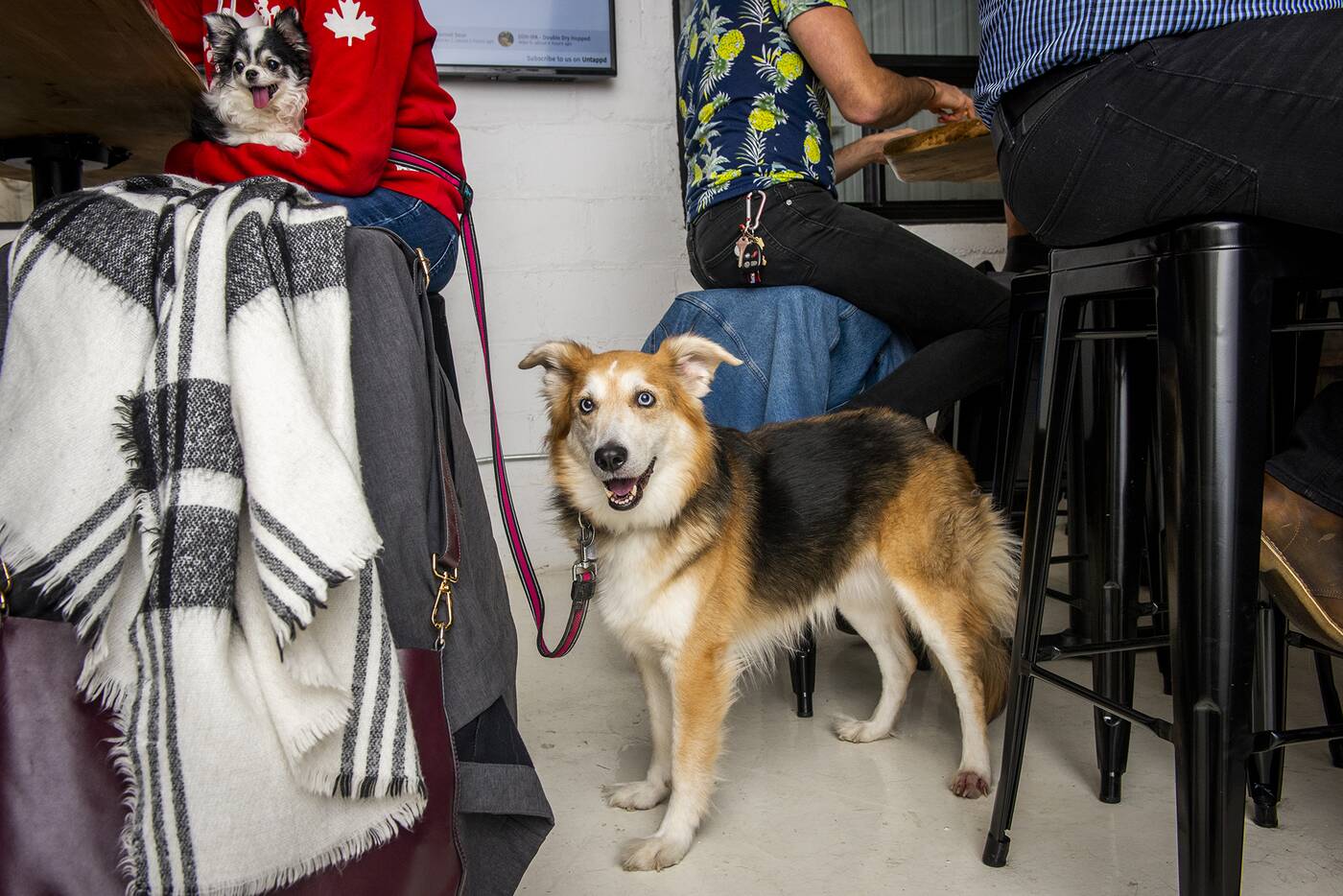 There's definitely a sense of community here that resonates more than other breweries, but not just with dog owners. 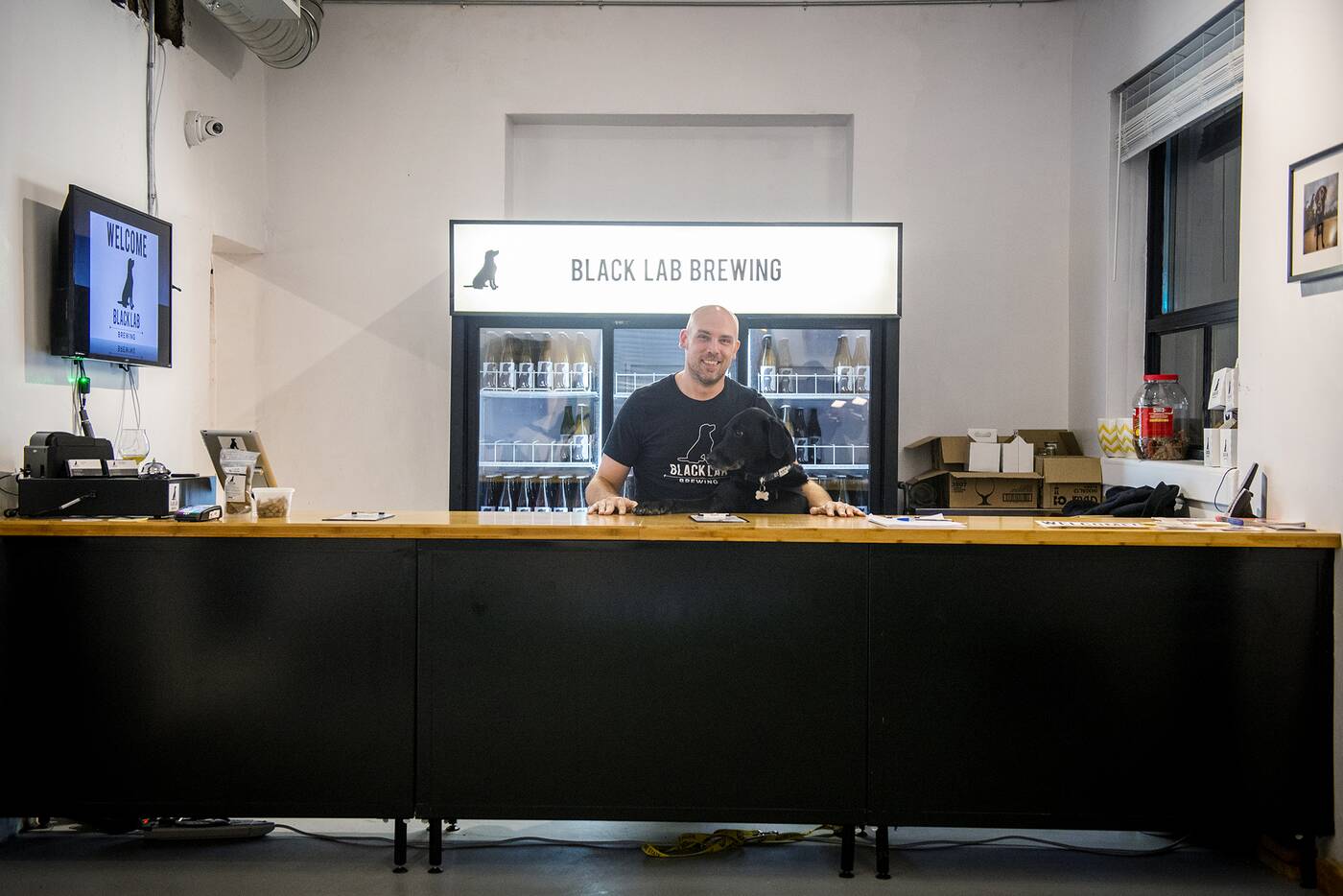 As a former brain injury rehab specialist, and now, an avid runner, Billy wanted to make the space friendly for the community of active athletes and bikers who might want to make Black Lab a destination or pit-stop during workouts. 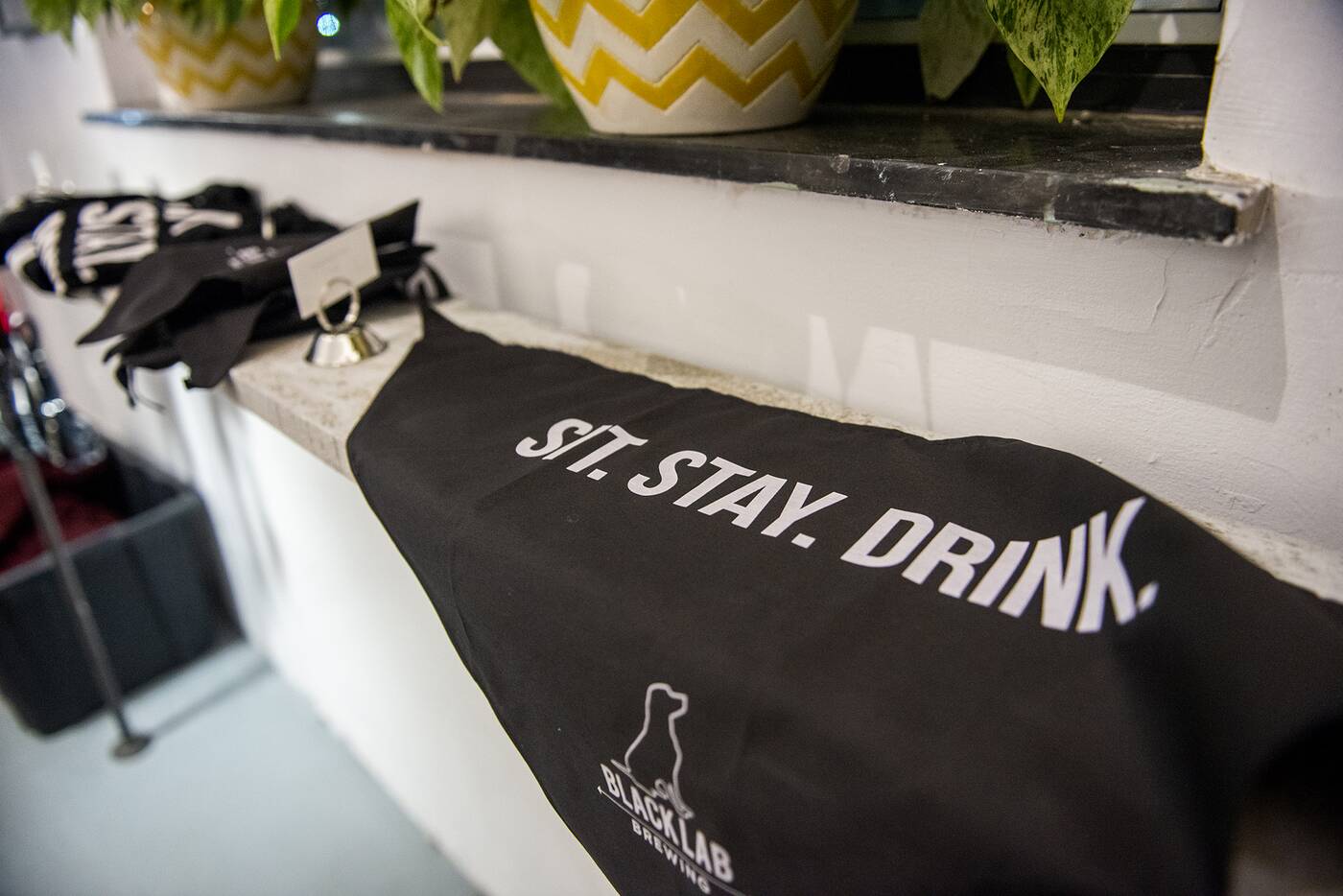 If you ever feel like going for a jog on nearby Martin Goodman Trail, there are actually lockers here where you can store your stuff (it's bring your own lock), until you return for a cold brew, or maybe some kombucha. 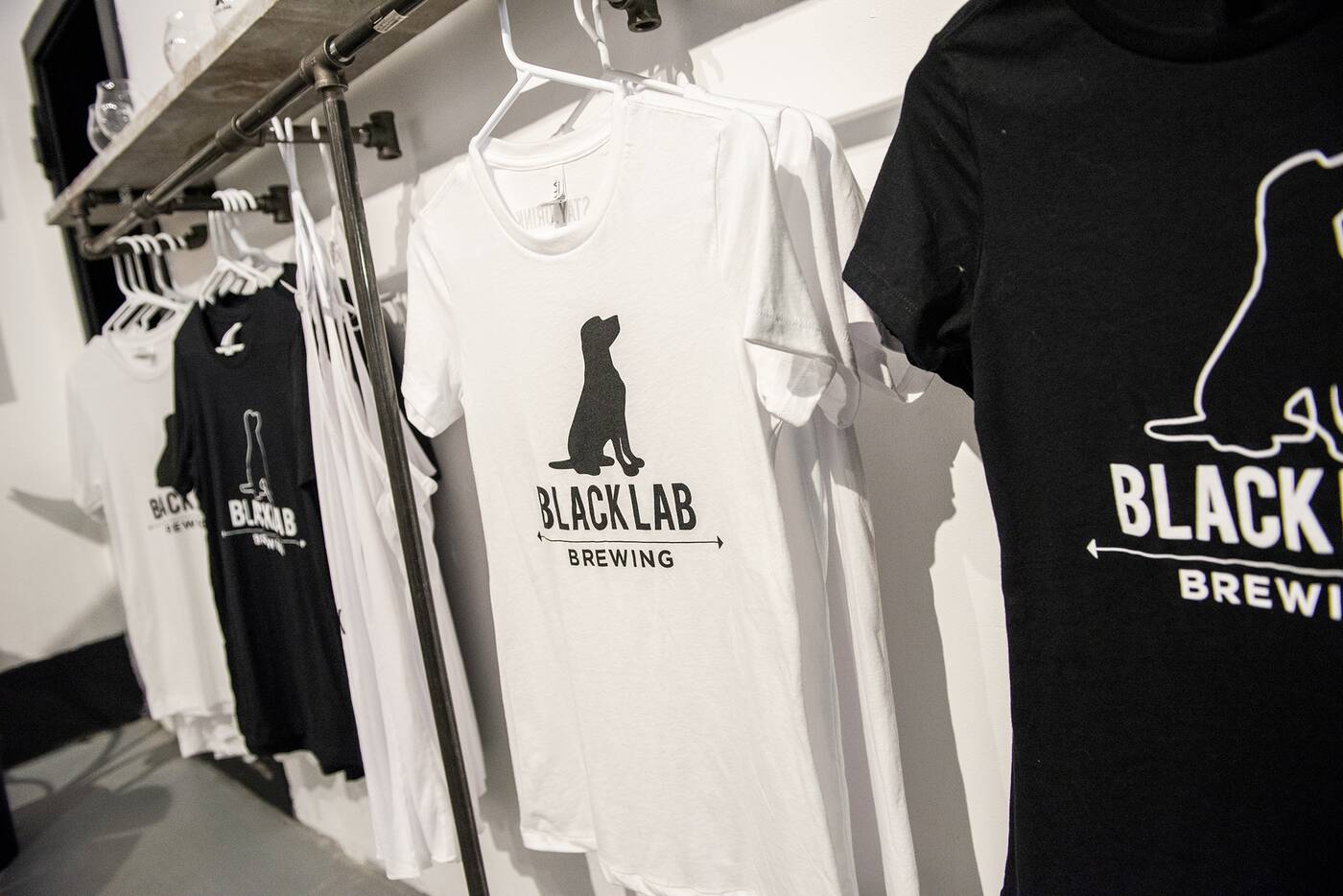 Black Lab also has hours that reign in any type of party lifestyle. The brewery opens at 11 a.m. and closes early at 9 p.m. Doggos shouldn't be out late drinking anyway. 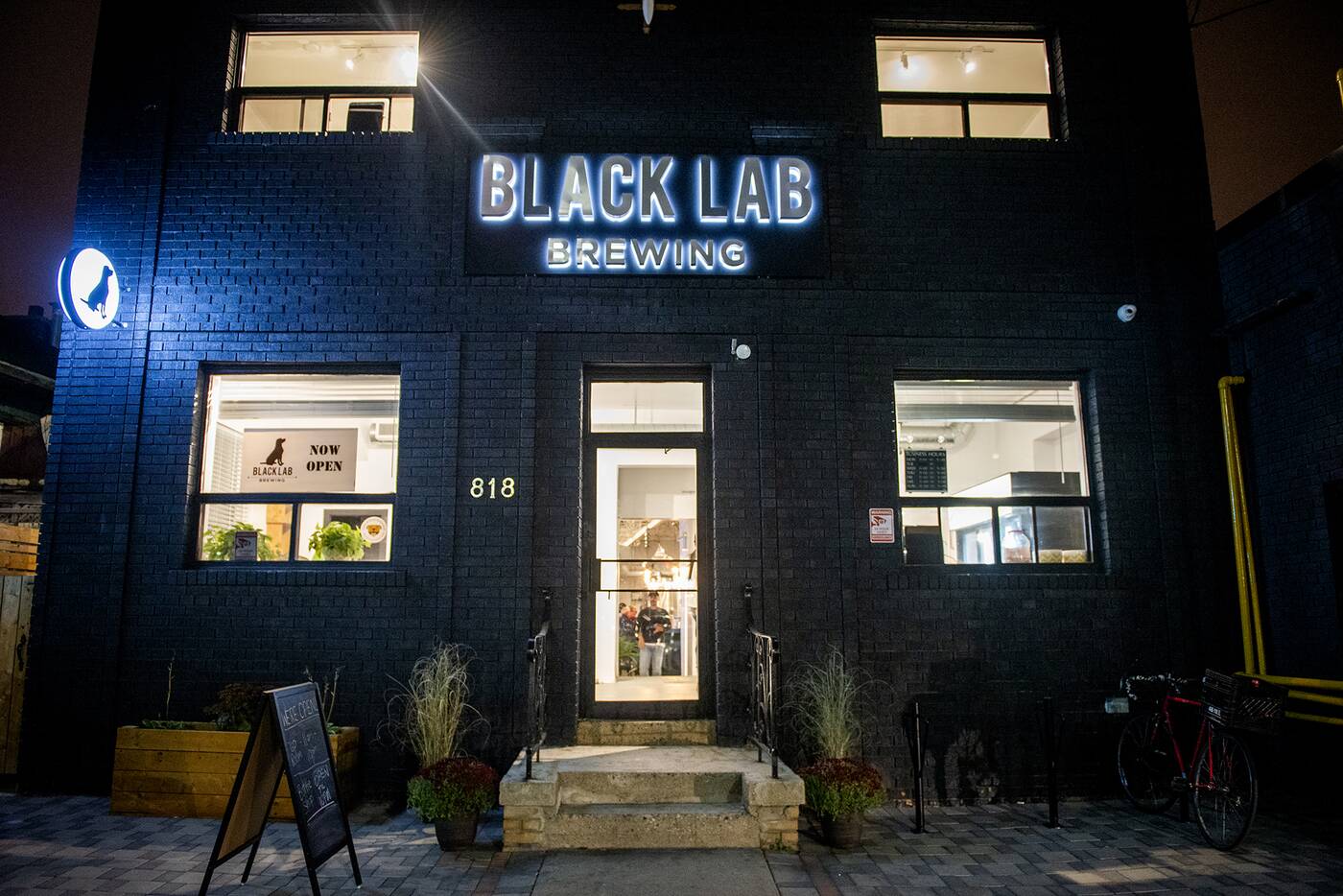