Finding a place to live in Toronto can be tough under any circumstance, but options are especially limited for renters who aren't flush with cash in Canada's most-expensive city.

Between misleading photos, elaborate rental scams, renoviction-happy building owners and creepy dudes seeking "attractive females only" as roommates, it's a minefield out there — one that gets increasingly dangerous with every dollar your budget lacks.

With a median one-bedroom rental price of $1,920 (as of April 2022), roommates are one of the only options available for some individuals, such as students, who need to live in the city but don't have stellar incomes for a place of their own.

Living with strangers or even friends can suck, but it's a necessary, cost-saving measure for many people at one point or another in life.

What's not necessary (or even legal, for the record) is renting out one of three single beds within a small room inside someone's basement apartment for $420 a month.

One local landlord was recently reminded of this fact after posting a listing on Facebook advertising "one large fully furnished bedroom with three beds available" at "$420/ bed."

Someone named Zahir Chowdhury posted the ad in question this weekend to a local buy-and-sell Facebook group that focuses on residential living units.

Listed as a three-bedroom, one bathroom house (utilities included, Pizza Nova nearby), many were attracted by the seemingly low price point of just $420 per month. Upon further inspection, however, those who had clicked on the ad learned that $420 wasn't enough for the entire home, or even an entire bedroom within the home.

The dude was trying to rent out three individual cots in a tiny, barren room with little more than a small table and two patio chairs as furnishings.

People were furious at the idea of some poor sucker actually signing a lease on this type of living situation, and immediately set upon the landlord with angry words and threats of reporting him to the city.

The post was deleted Sunday evening shortly after it was posted, but not before Facebook user Maggie Mae Taylor could capture a screenshot. 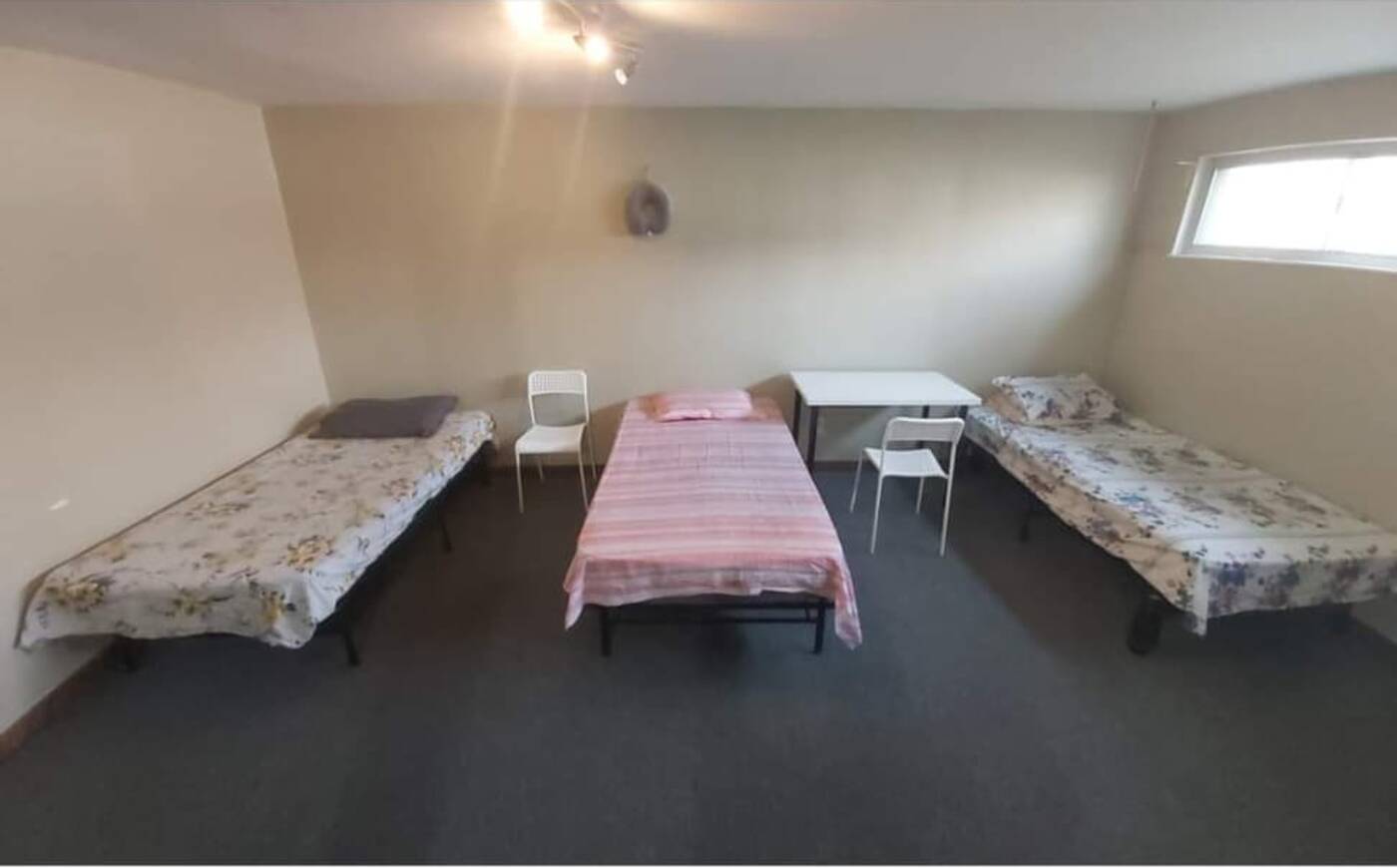 "They were literally being threatened. Like people were saying they were going to attack the house," Taylor told blogTO of the original post.

"Some comments were hilarious; 'You can have bunk beds and rent to 6 people, sky is the limit'."

We all love a good shady landlord pile on, but this rental listing was downright scary from a health and safety standpoint.

City of Toronto bylaws stipulate that "the maximum number of persons living in a habitable room cannot exceed one person for each nine square metres of habitable room floor area."

Unless the ad's images are mad distorted and those single cots are actually California kings, that room is in violation of the law.

Chowdhury has yet to respond to a comment from blogTO, but the listing, as previously mentioned, is gone. One can only hope that it was taken down due to the backlash, and not because he found some tenants.