As apartment rents in Toronto increase, many people are left with two choices — either leave the city or struggle to pay for the necessities of life.

While Toronto rents declined after the first lockdown, more recently the city has seen rents spike. The average rent for a one-bedroom apartment is around $1,900 a month right now compared to around $1,800 in 2021.

A new study finds that these rising rents will spell trouble for people simply trying to get by in Toronto.

Just a $30 per month increase in rent would lead to an additional 73,776 visits annually to food banks in Toronto, and 375,000 more across Ontario a new report, titled Government Public Policy Drives Number of Food Bank Visits, published by the University of Calgary, School of Public Policy shows.

"Like the proverbial canary in the coalmine, increased visits to food banks may be considered an early warning sign of trouble developing in social programs," the study notes.

The study compared the number of food bank visits per 10,000 people to changes in the rent paid on a one-bedroom unit. 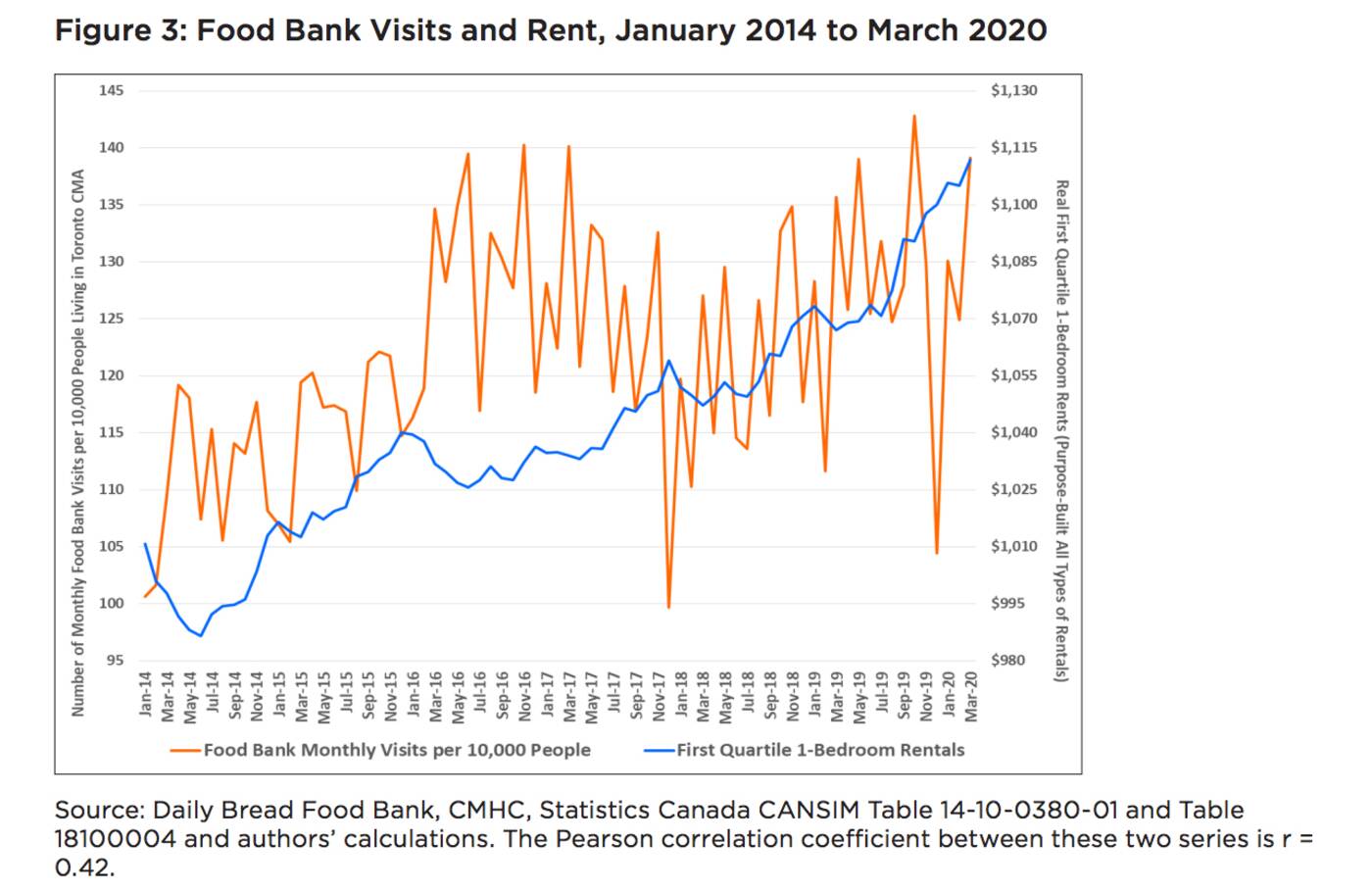 The study used markets rents because 67 per cent of food bank clients in Toronto and the surrounding area reported living in market rentals in 2019. They assumed most people were in a one-bedroom unit since two-thirds of clients are either single (51 per cent) or single parents (16 per cent).

With the price of just about everything — from groceries to gasoline — increasing, this problem is not going away anytime soon.

But the study also finds some solutions.

Also, a $15 increase in Ontario Disability Support Program would be associated with 53,652 fewer visits to the food banks annually in Toronto.

The study shows that something can be done to help people, provided the political will.

"A failure to prioritize these will sadly drive more people to our doors because they have nowhere else to turn when their income cannot cover the cost of living."