This isn't the first time a 12-foot wide home has come on the market, we wrote about one just a couple of weeks ago. But, it is the first one to be listed for under $1 million in a while.

Firstly, this three-bedroom, two-bathroom isn't the most attractive narrow house out there. 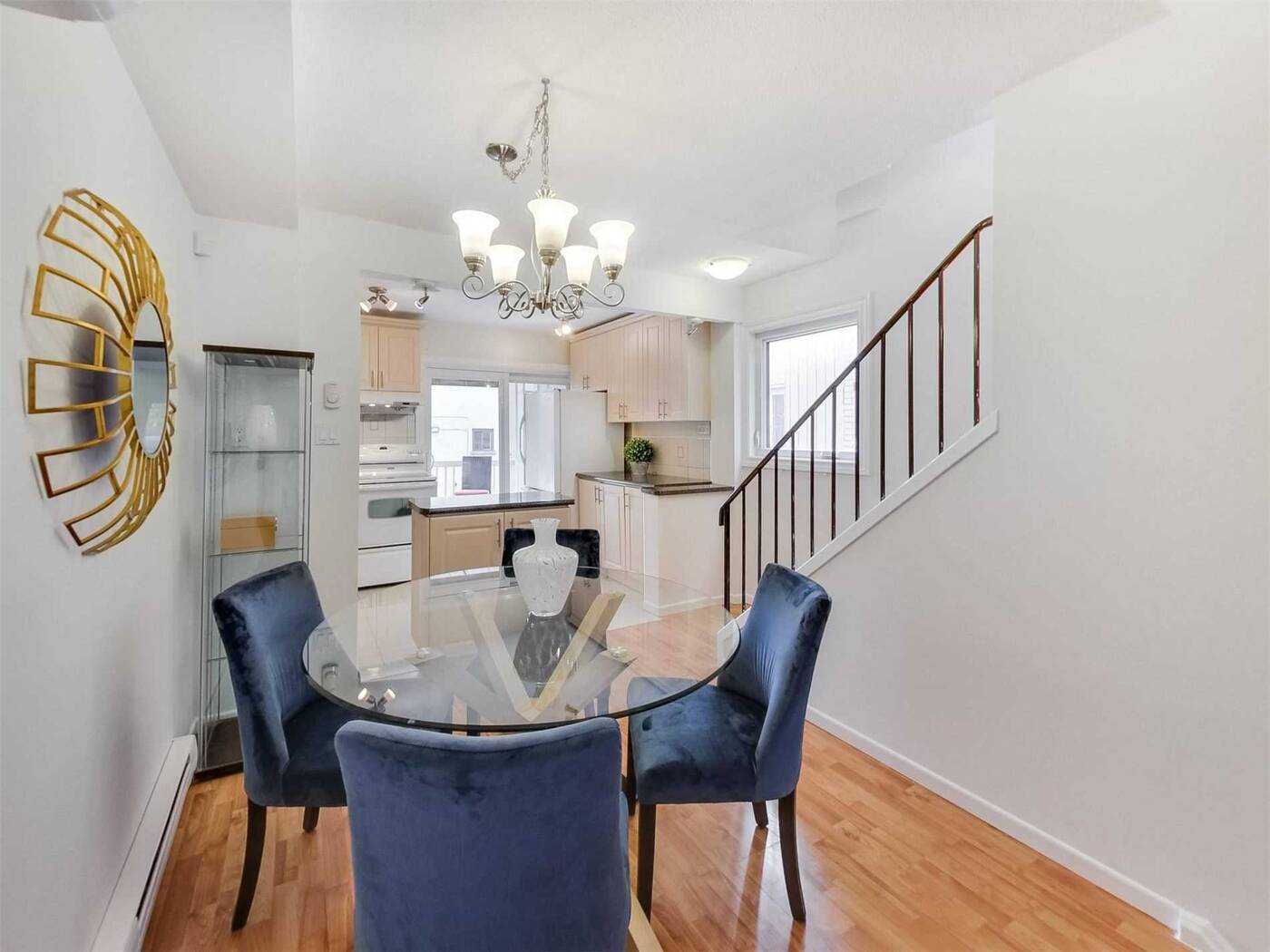 The vinyl siding coupled with the tin awning make it have a bit of a portable vibe. And yet a portable classroom is typically 24-feet wide... just saying. 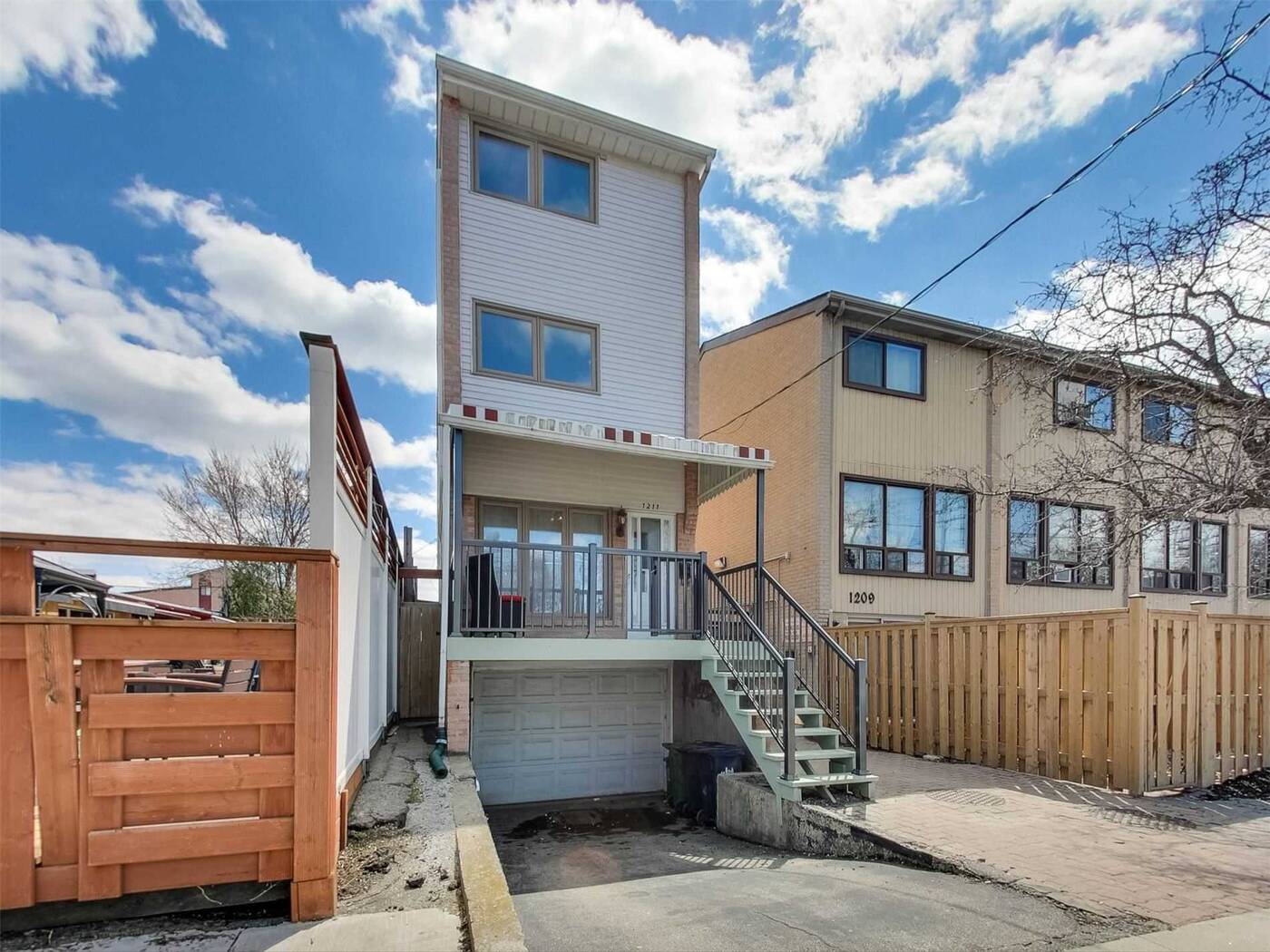 The front of the house.

Also the 12-feet wide is the land size but from the pictures it's unclear if the home takes up the full width of the property so the home could potentially be narrower than the 12-feet. 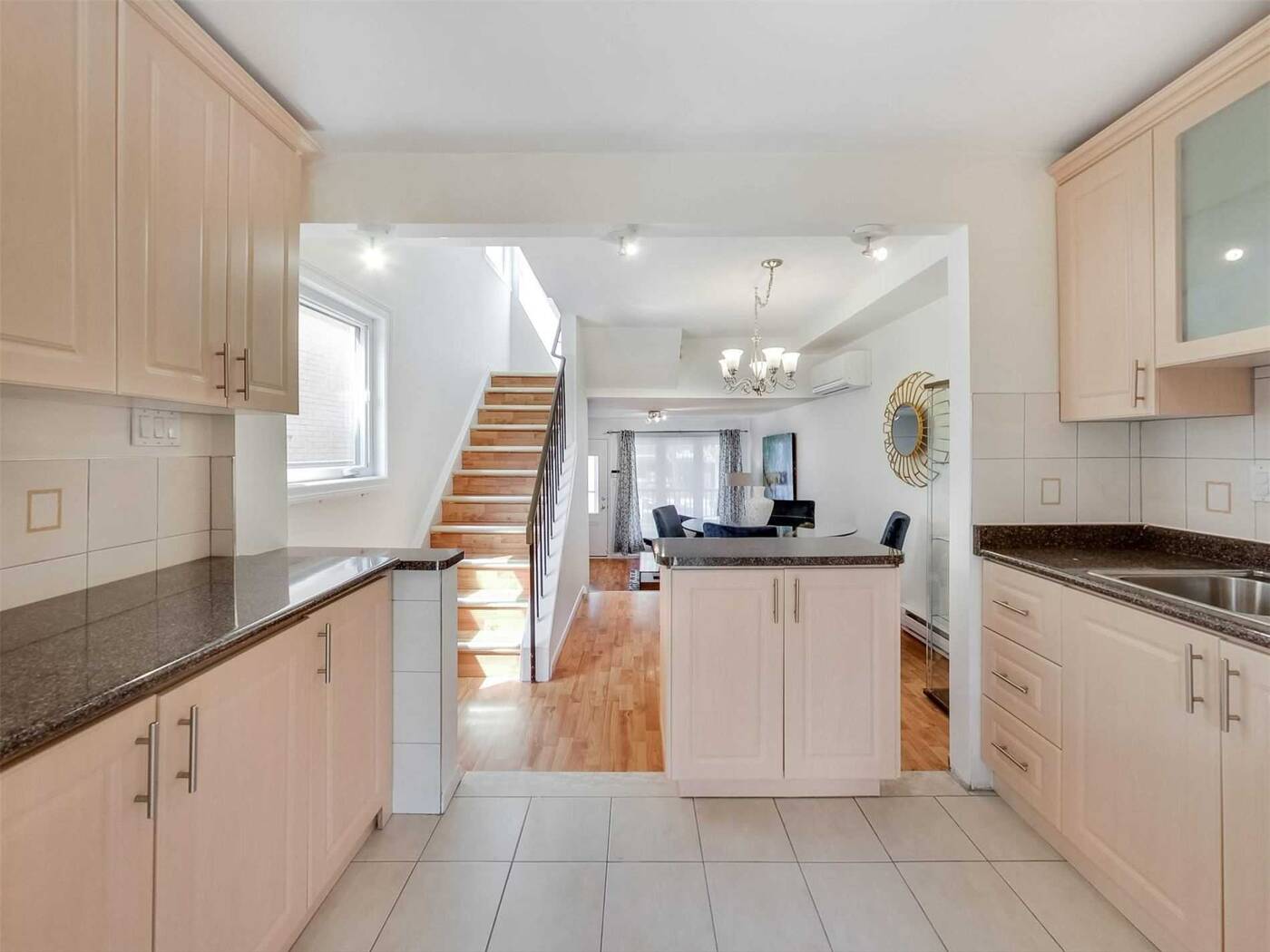 The view of the main floor from the kitchen.

The interiors are also a bit odd. 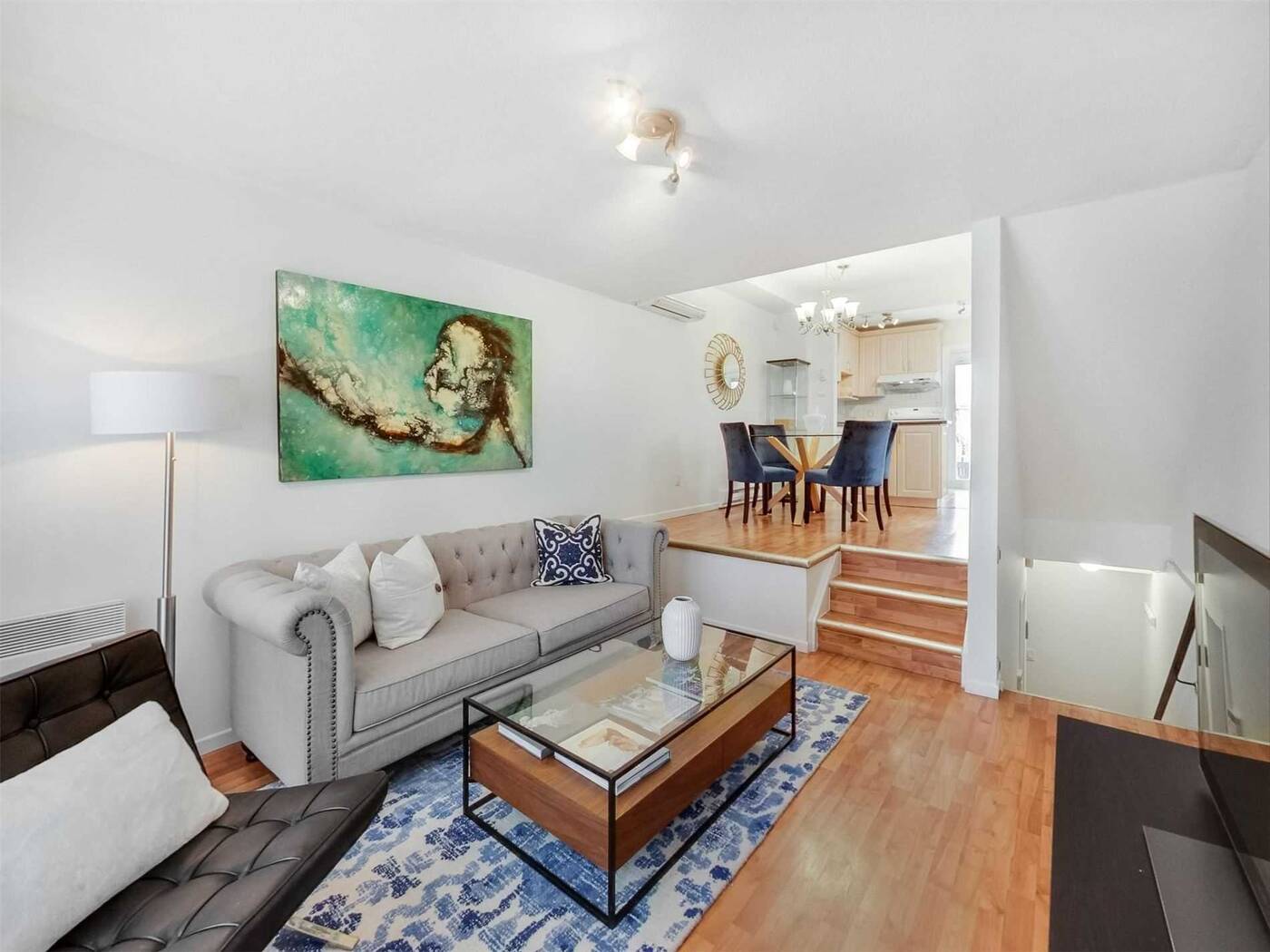 The home is chopped up into a ton of small Tetris-like spaces that don't always make the most sense. 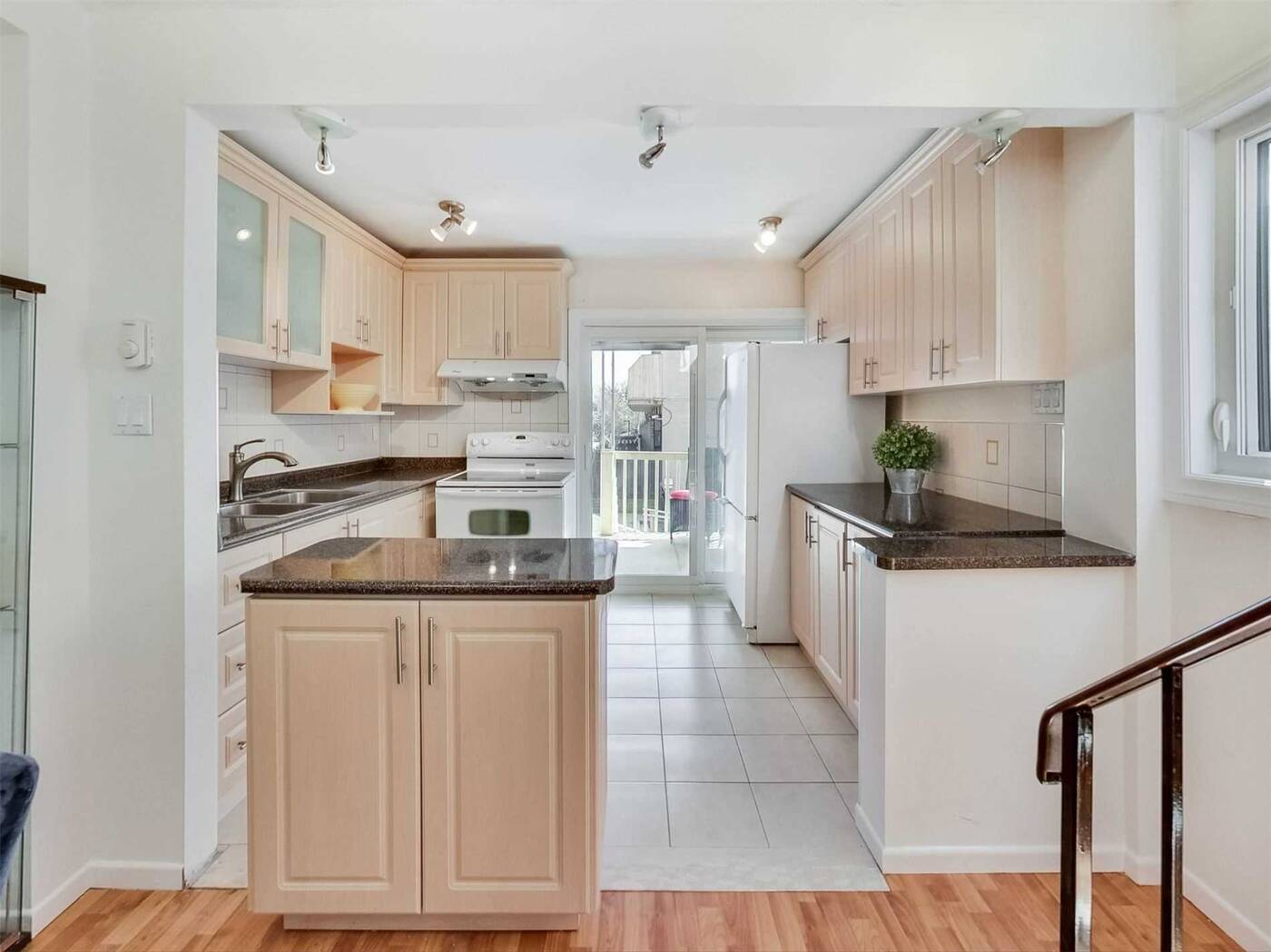 For example, the kitchen has a weird island right in the middle of the path to get into it, the stove is blocking cabinets, and the fridge if opened looks like it would block the doorway to the backyard. 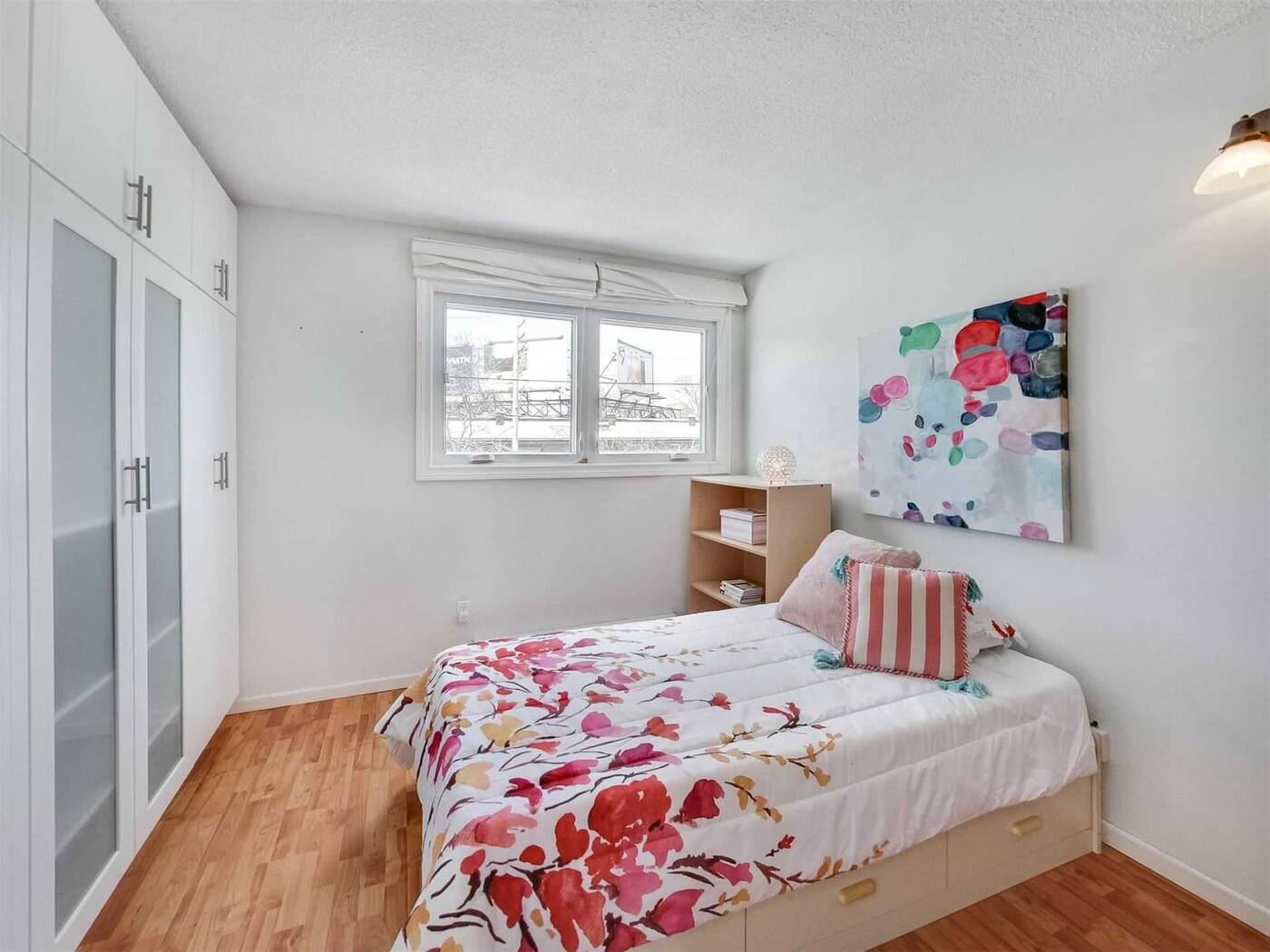 Not sure if that's a fire hazard or not but either way it's not the most functional of spaces. 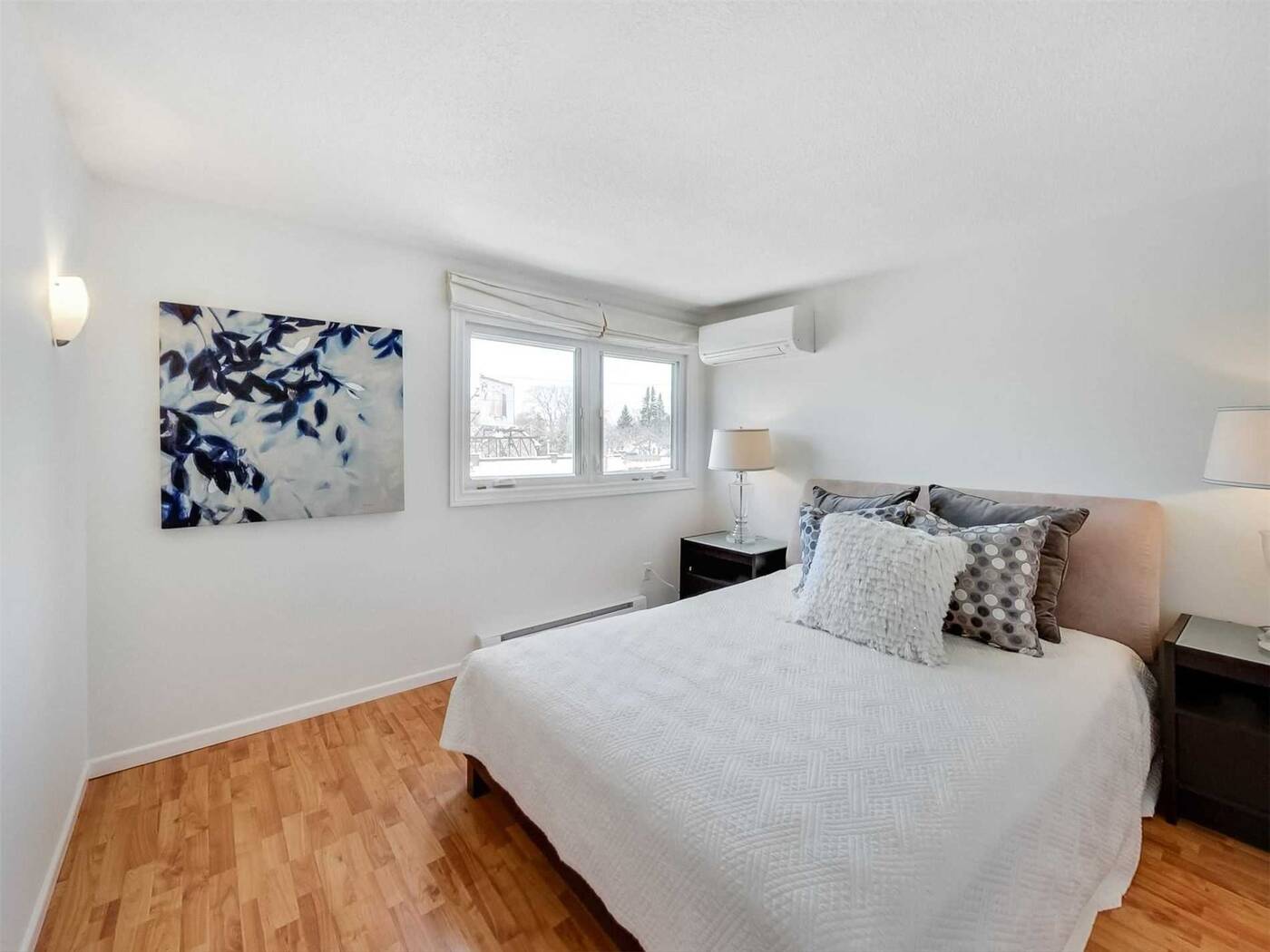 The primary bedroom on the third floor.

As for the rest of the house, you'll find that the bedrooms are typical and the bathrooms could use some updating. 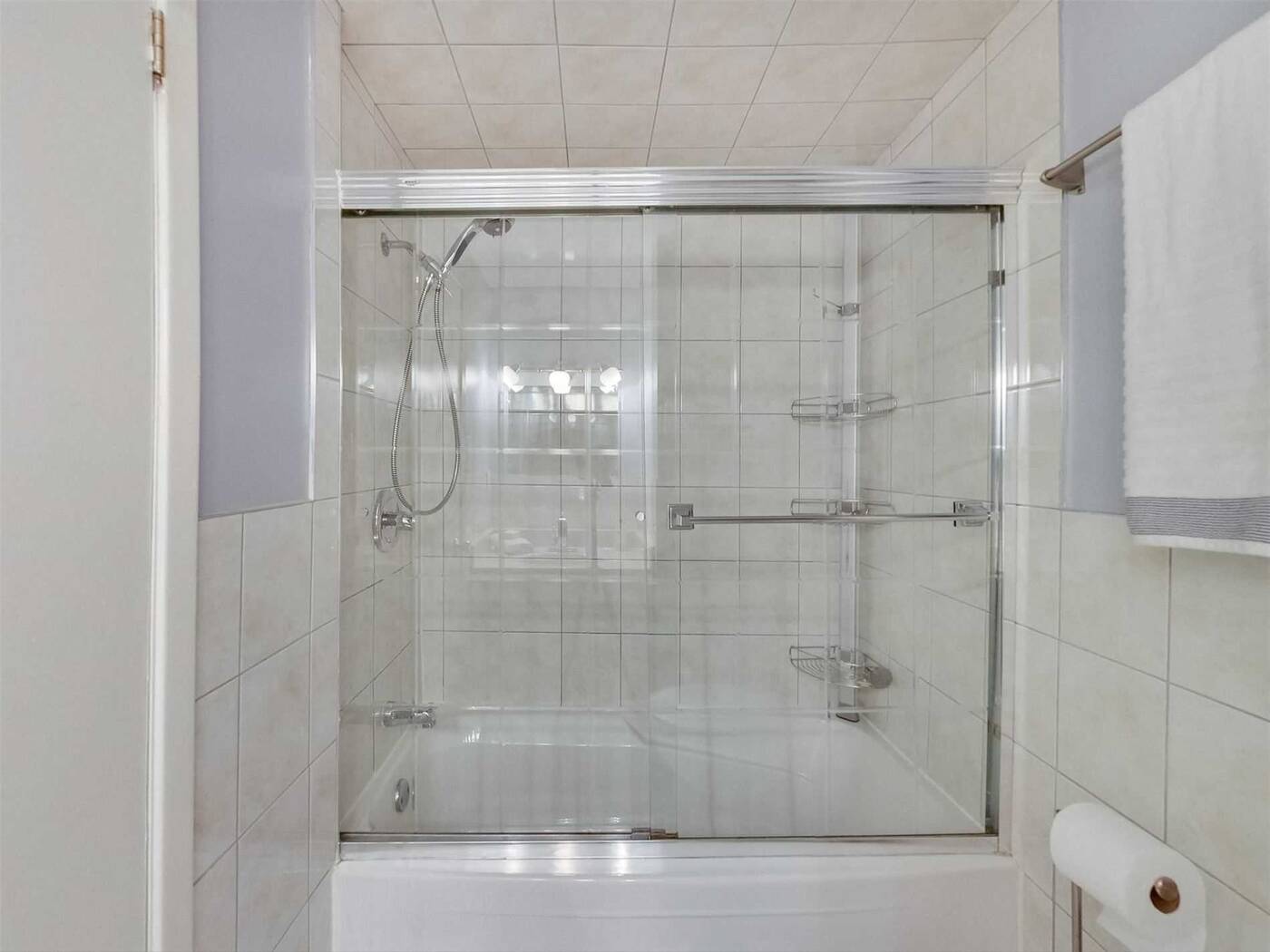 Just a quick note on the bathrooms, they're both located in the basement, which isn't ideal when you need to go to the bathroom in the middle of the night. 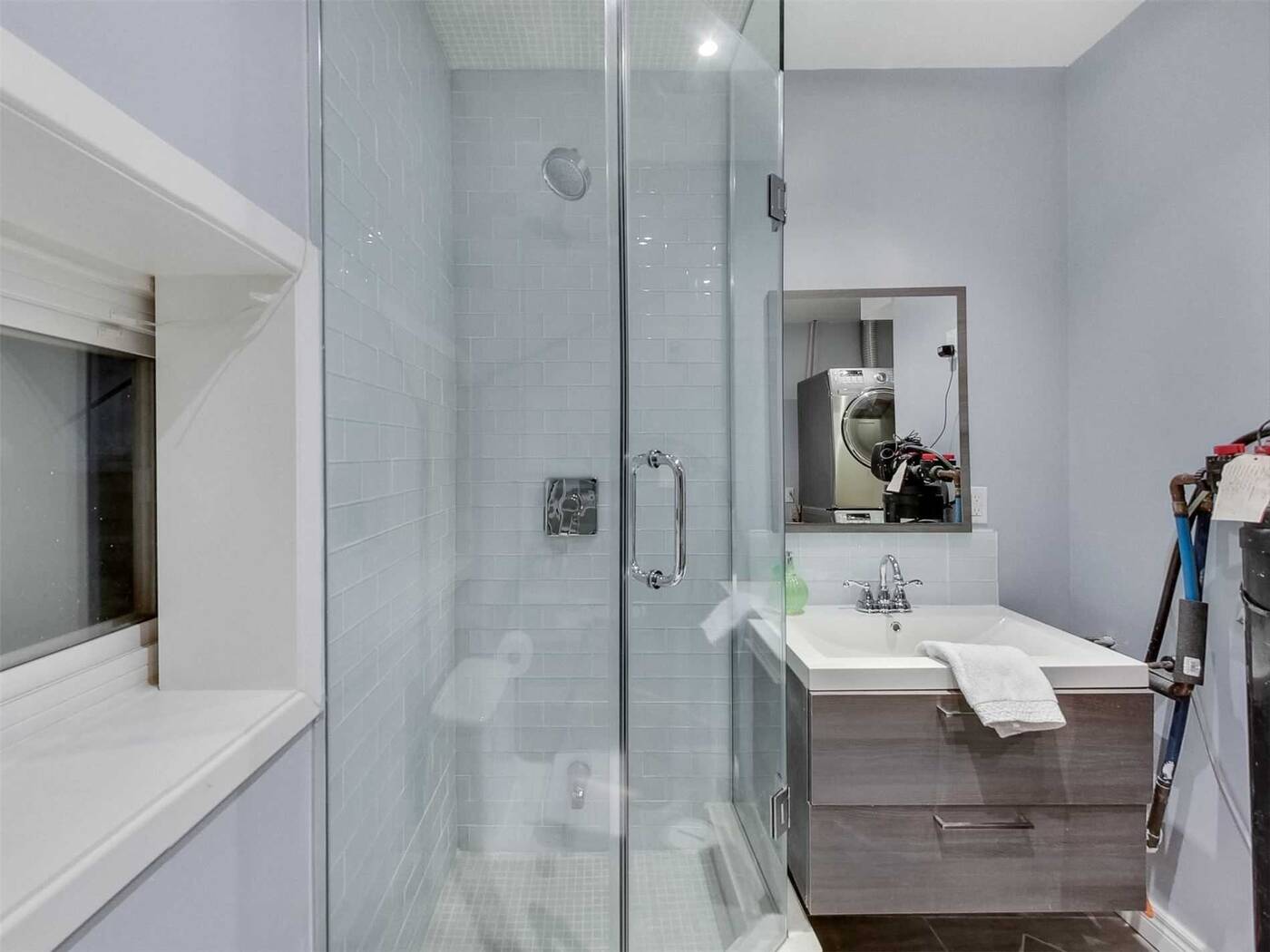 Although, it's probably safe to say the entire house could use some updating, especially given the fact 1211 Queen St. E was a rental property for the last three years. 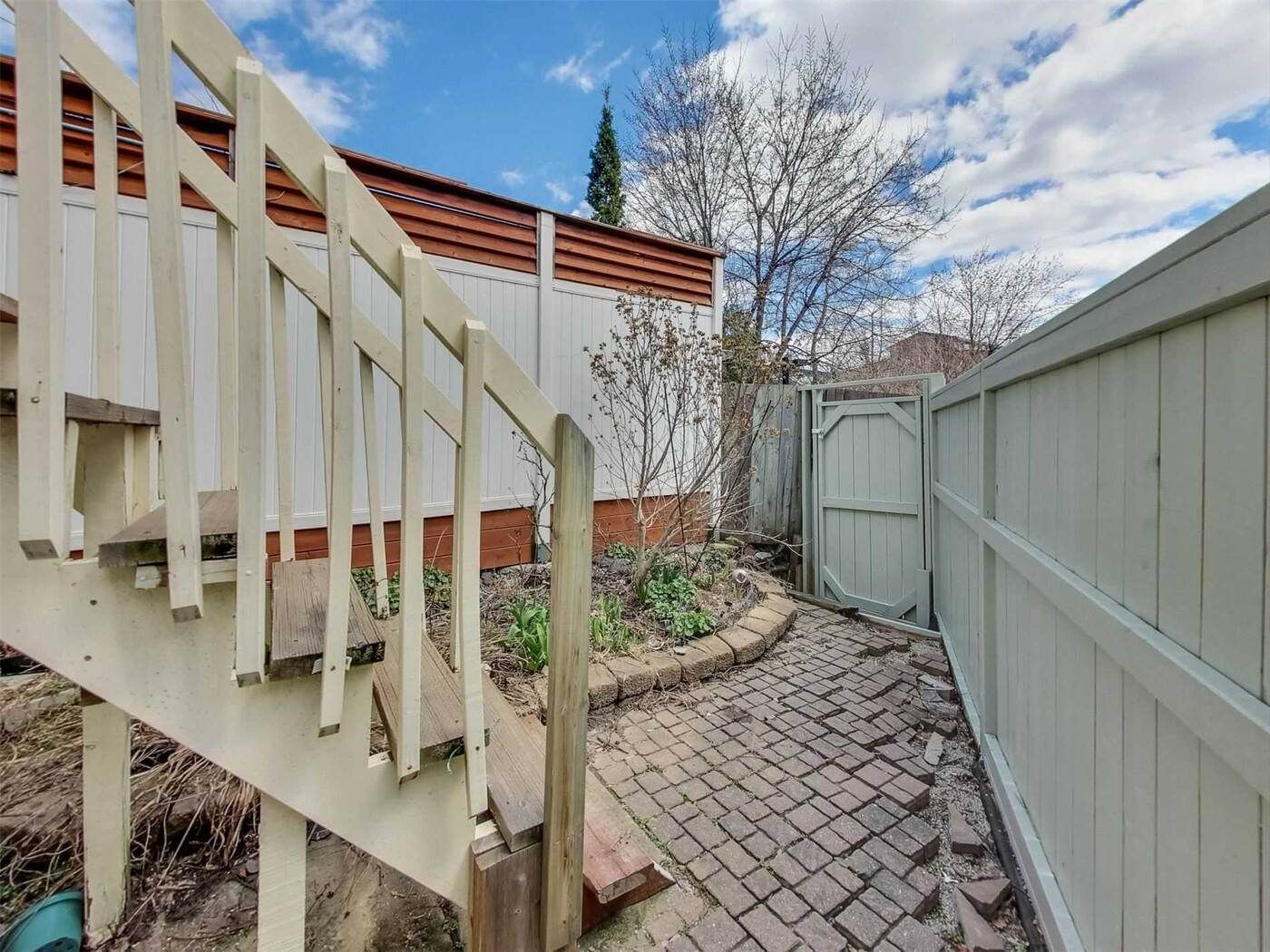 As for outdoor space, it's mostly limited to the front and back patio as the backyard is basically non-existent. 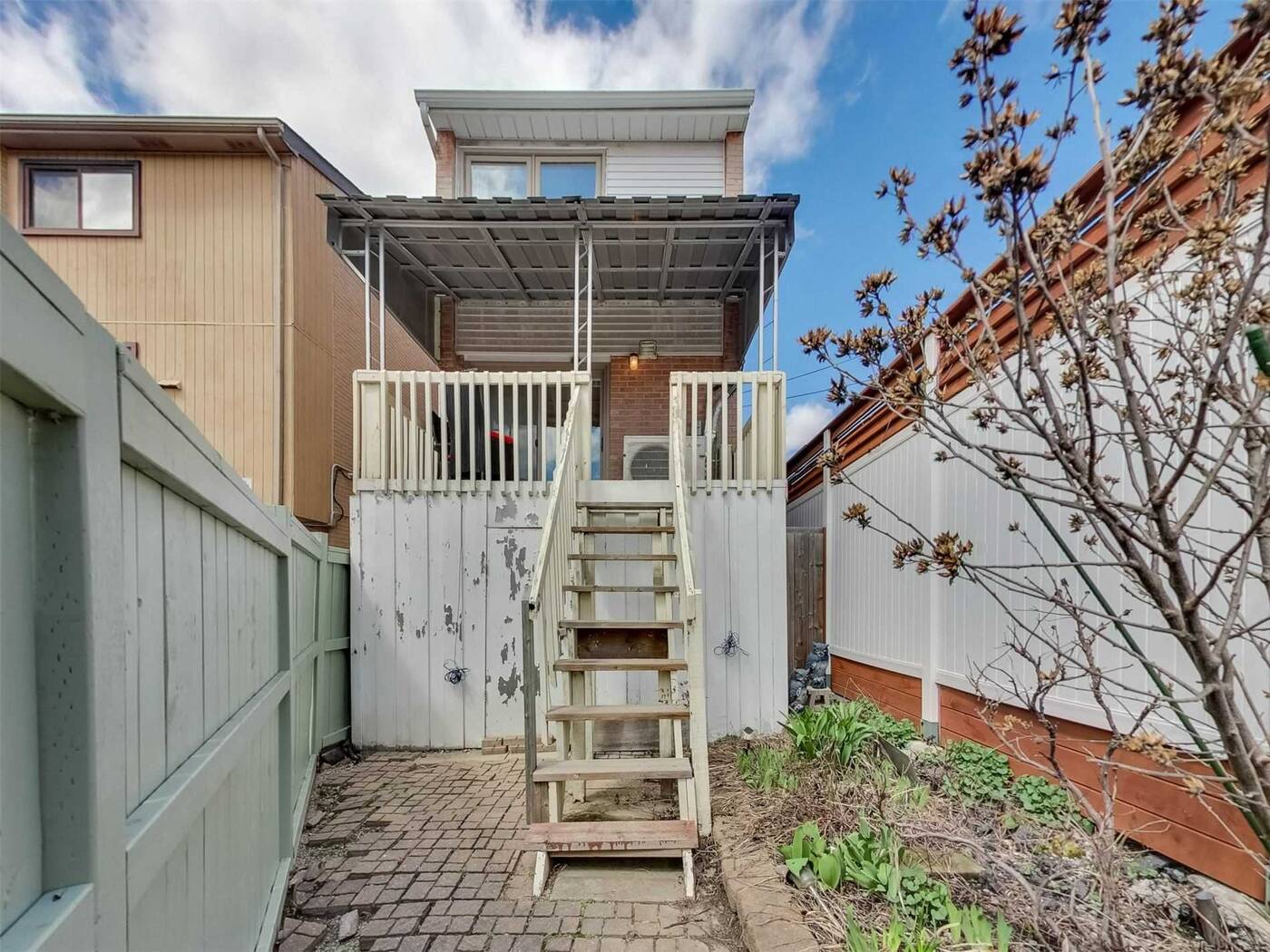 But despite appearances, the home is in a good location and has a garage, which when you live right on Queen St. E is key. 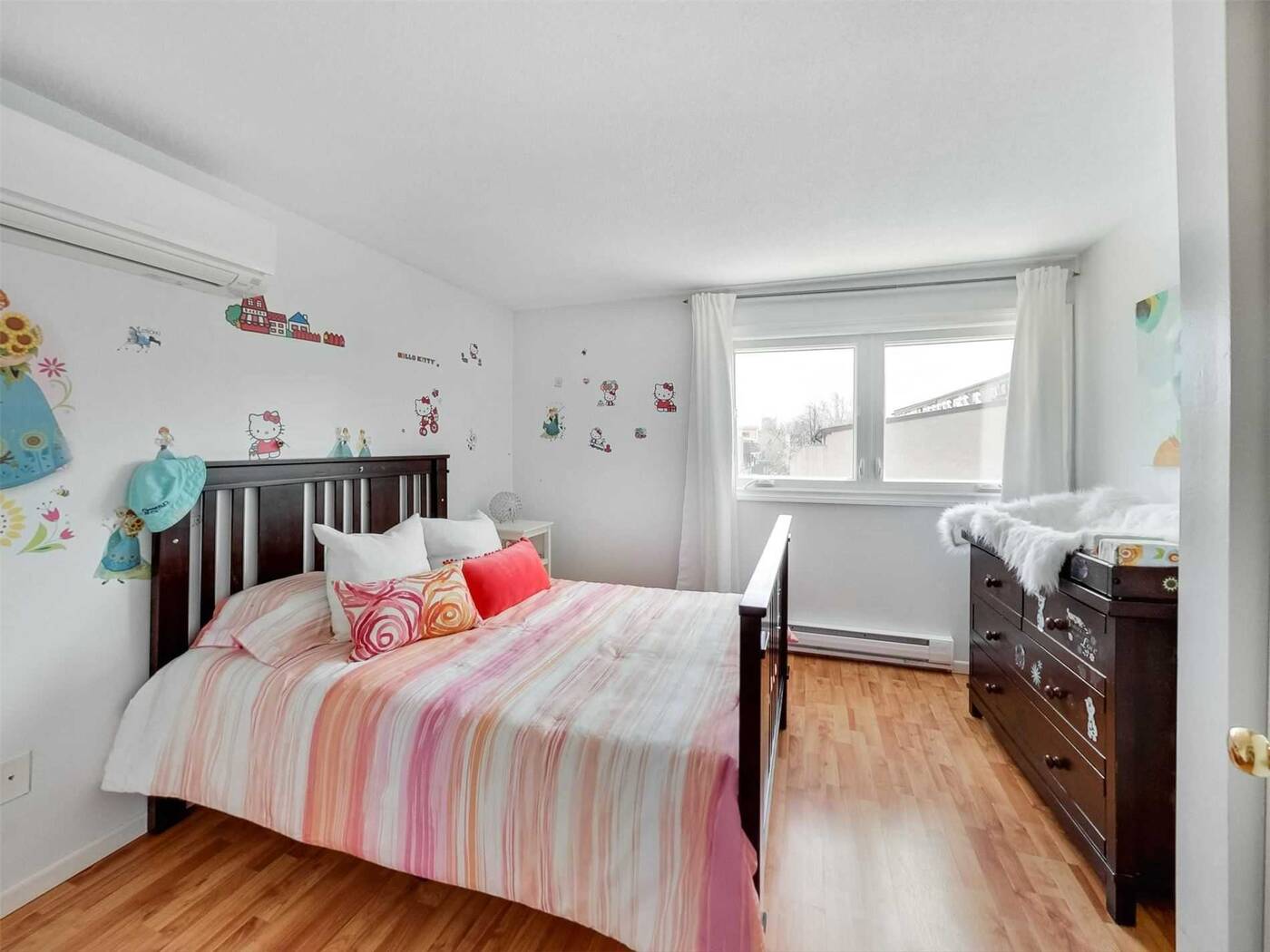 So, even though it's listed for under $1 million, it's almost certainly going to go for more, because it's a detached house, in a decent location and the Toronto real estate market is bonkers.