The southwest corner of Yonge and Bloor will soon be home to another Toronto condo tower, but not all buildings in this city are created equal.

This one — or The One — will fundamentally alter the look of the city's skyline with a towering landmark rising taller than any building ever constructed in Canada.

Developer Sam Mizrahi set his stakes high (and not just in height) for one of the city's most vital intersections when he signed on big-name firm Foster + Partners (working with local talent Core Architects) to design his 85-storey condo/hotel tower. 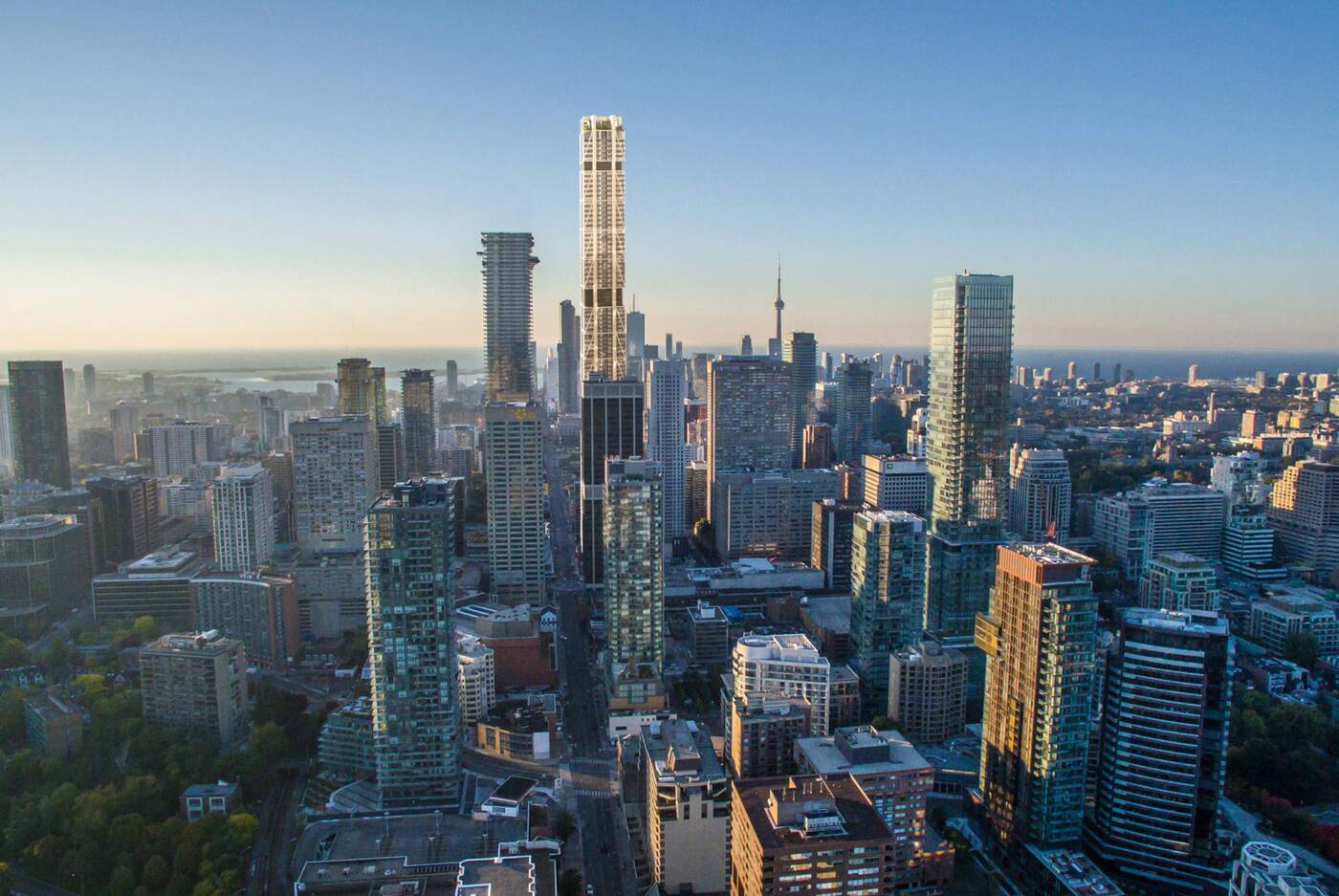 Once complete, The One at Yonge and Bloor will rise 85 storeys into the city skyline. Image via Mizrahi Developments.

But the new, skyline-dominating force wouldn't come without challenges.

The building's stratospheric height was already raising eyebrows in the area long before the rushed demolition of the former Stollerys building on the site attracted even more attention, and not necessarily the kind of attention the developer wanted for their high-profile project.

After a long and controversial pre-construction period, The One finally began construction in mid-2017, but the problems were not over even with shovels in the ground.

While the building is now only a few levels above the Yonge and Bloor intersection, things have gotten unbelievably interesting.

And it isn't just the coming height that makes this project unique.

The One's worst-kept secret is its cavernous retail space that will almost certainly be home to Toronto's flagship Apple Store. Apple reportedly wanted a space unimpeded by columns and that’s a pretty tall order at the base of a skyscraper.

So here's how they're making it happen.

The massive open retail space is surrounded by a network of "supercolumns" that support a massive concrete slab above. The tower's elevator core will "float" on this slab, its weight transferred through the retail space and to the foundations below.

And the crazy structural engineering doesn't end there.

While most buildings wear their structural skeleton on the inside, The One is being built with a "hybrid exoskeleton" structure that supports the tower’s weight along the exterior. The exoskeleton will be key to the building's futuristic look. 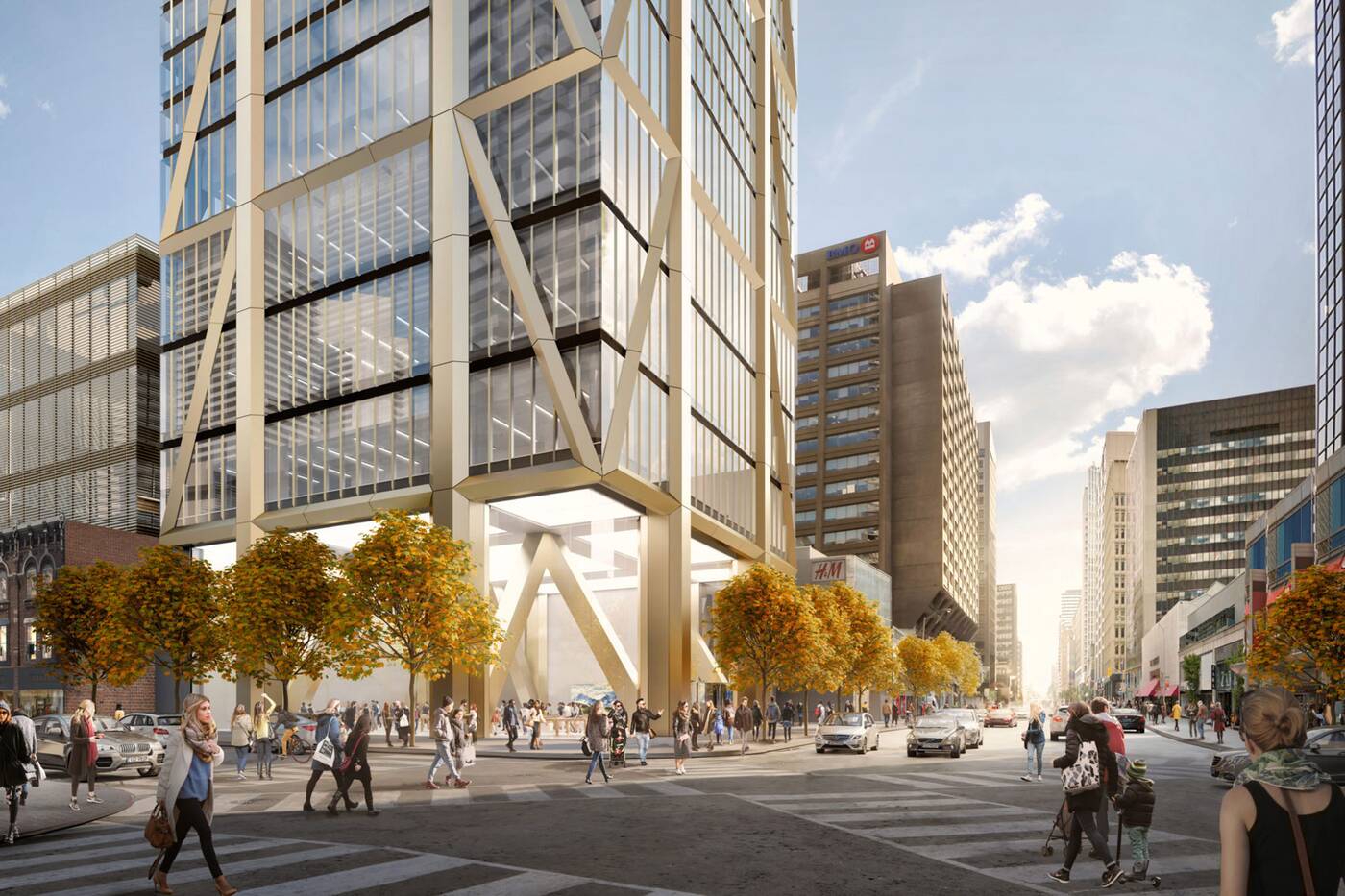 Looking southwest to The One. Rendering by Foster + Partners for Mizrahi Developments.

On the inside, this design feature will allow for wide-open, column-free condos for the ultra-wealthy who will call this landmark home.

If all of that madness wasn't enough, the developer wants even more height. Mizrahi has applied for a height increase that would up the tower from the approved 85 storeys by nine floors for a 94-storey height measuring over 338 metres.

For reference, the CN Tower's lower observation deck sits at a height of 342 metres. This big ask isn't going over well at city hall, but if somehow approved, this thing would be taaaaaalll.